The town of San Gil was founded in 1705 and is one of the most important sports destinations in Colombia. Although the town is home to many adrenaline sports-oriented agencies, staying here can be more relaxing.

With fifty thousand inhabitants, San Gil is a pleasant place to stop and be active. Despite the fact that the city is popular among tourists, you will not find here a lot of stores with souvenirs and crowds of tourists. Everything here is kind of quiet, and the only things that make a fuss are the locals and the usual stores or market. There is simply nothing artificially created here, and so the city looks authentic. 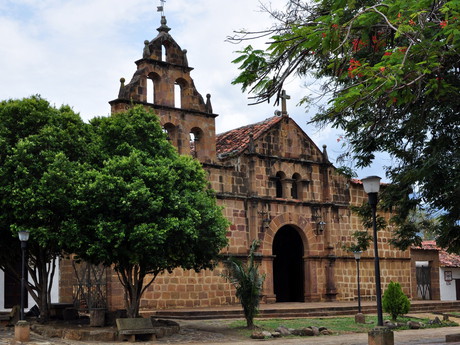 On our way into the center, we pass several stores offering a local delicacy, hormigas culonas , translated as “ants with a big ass. These are large, dark brown ants that are roasted or baked – this is how they are prepared for eating. Only fat queens are eaten; ordinary worker ants are probably too thin. They come out of the ground sometime in April, and then they are caught and roasted. Unfortunately, we haven’t seen them alive. But the stores are full of them, and they have a peculiar smell of ants.

In the main square Parque Principal there are colorful buildings, complemented by the stone church Catedral de la Santa Cruz . But you’re not looking for more history in the center anymore. So we escape from the hustle and bustle of the city and visit a local park called Gallineral Natural Park . It is so a bit of an island formed by two branches of the Curití River, which flows into the Fonce River. In the park you can see, for example, local parrots or squirrels, the most interesting plant from the flora is the tillandsia. It grows here, attached to the trees, and forms silver strands up to 30 meters! These are peculiar clumps that here are called “barbas de viejo,” which means “old man’s beard.” 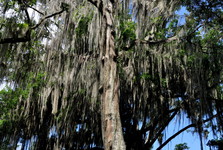 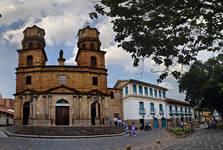 The next day we go on an excursion to the town of Barichara. It is very easy to take beautiful pictures here. Streets paved with earth-colored stones, 300-year-old buildings with skullcap roofs, all carefully renovated. In the central square is the church of Inmaculada Concepción de Barichara, which is the largest and most faceted building in the city. It dates from the 18th century and was built in sandstone. The chapel of Santa Barbara is four blocks from the central square a little uphill, so it offers a beautiful view across the roofs of the houses to the surrounding mountains. The next beautiful chapel is San Antonio 1823 . The local cemetery also has sandstone-colored tombstones. In stone tombs with iron crosses lie dozens of “patiamarillos,” translated “yellow feet.” This is what the locals are called, precisely because of the yellow color of the sandstone-paved streets. 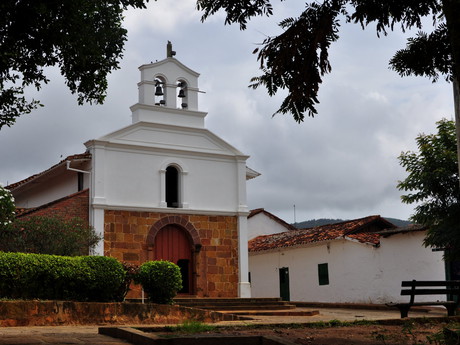 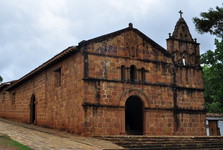 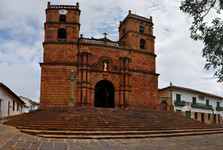 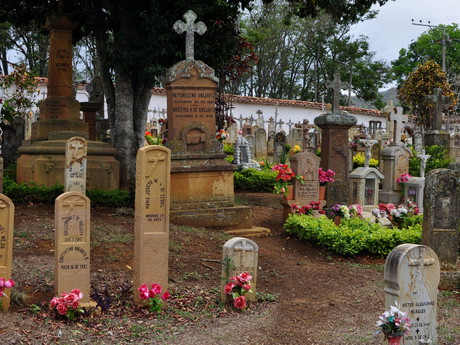 Barichara is not only a small historic town. It is also a good place for observation, because the Andes are clearly visible from here. From Barichara we go further, to an even smaller village called Gwane. It is located 10 km northwest and it is not necessary to take a bus here. From Barichara there is a very good road there called Camino Real. All the way you rather go down, so it is not so difficult. Only sometimes it is paved with stones, which is not very nice. But along the way beautiful views, although the weather was not too exemplary. 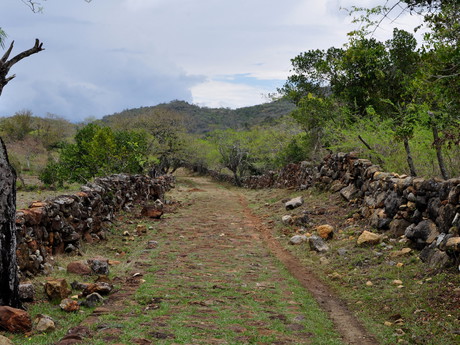 In the village of Gwane, time has come to a complete standstill. There is a beautiful village church in the square, a few open souvenir stores in the streets, and no one else here. The weekend probably gets busier here. We are already just waiting for the bus to take us back to San Gil. We recommend that you check with the info center in San Gil before your trip to find out when and where the buses leave from so you don’t have to stay somewhere. 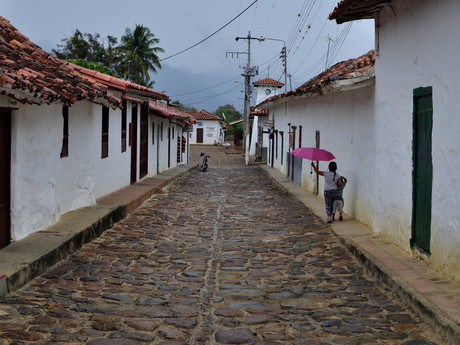 We really enjoyed San Gil – both the beautiful architecture and the views of the Andes.