Banff is a city in the province of Alberta (Canada)

Banff is located in the center of the national park of the same name in Canada. The city is located in the province of Alberta on the plain of the southern Rocky Mountains at the confluence of the Spray and Bow Rivers. Banff is 144 kilometers from Calgary. The city covers an area of 4.85 square kilometres and is home to about 8,000 people. Near the city you can see many high mountain peaks . Protection from the winds by mountain ranges has created favorable climatic conditions with a mild climate. The warmest month is July and the coldest is January. You can get to Banff by plane from the airport in Calgary or by bus, by car or by train from other cities in the United States and Canada. 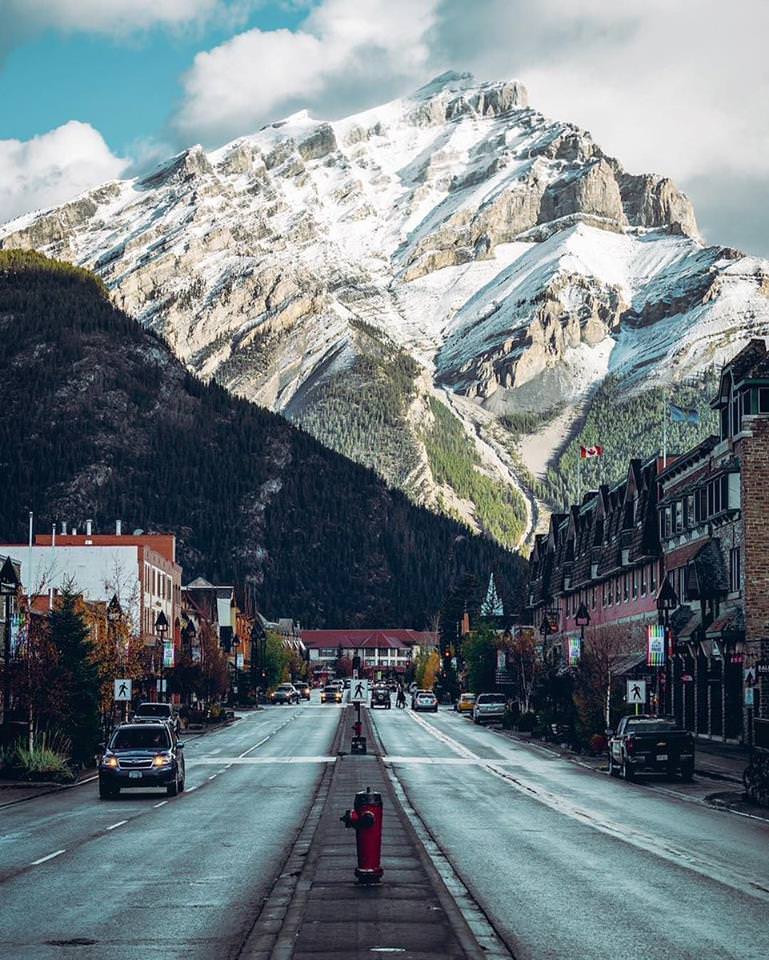 You should visit Banff, if only to enjoy the surrounding beauty, the scenery of the Rocky Mountains merging with the picturesque lakes. This place will surely stay in your memory.

In addition, the resort is equipped with everything you need, there are comfortable hotels, bars, restaurants, nightclubs and stores for all tastes. In the restaurants of Banff you will be offered cuisines of different nations. For example, in the restaurant Caramba you can taste Mediterranean cuisine, in Ticino – Italian and Swiss cuisine. We advise you to visit the complex Banff Gondola, which has bars, restaurants and cafes, it is located near the hot springs and offers an excellent panorama of the city. 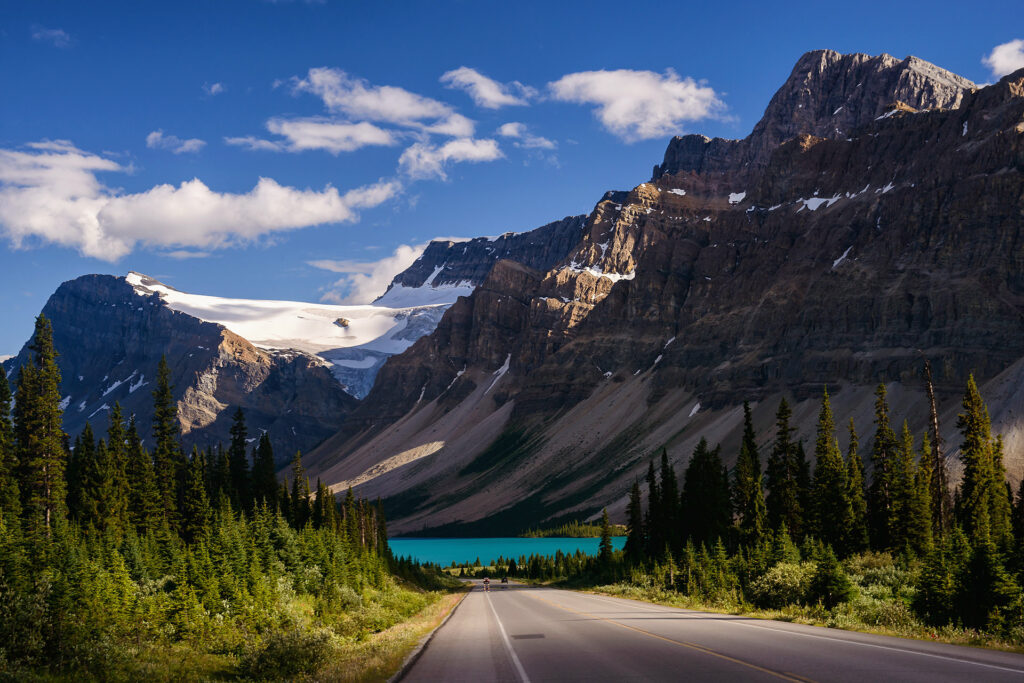 Banff has a wide variety of sports such as snowboarding, skiing, sledging, ice skating, biking, tennis, golf, rafting, swimming, climbing, canoeing and hiking trails. A great variety for those who prefer an active pastime even on vacation. 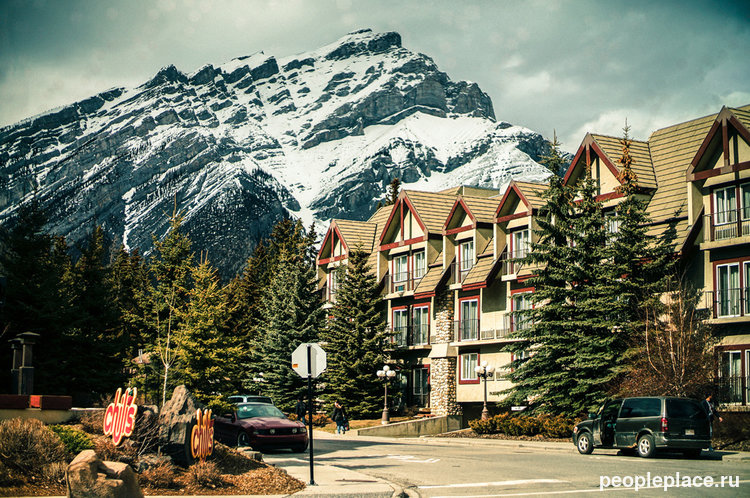 If you come with children, then you will find something for them to do, for example, you can take them on a tour of the reserve, and you can take them to the ski school, where your child will learn how to ski, and that’s not all the entertainment options that opens the resort. 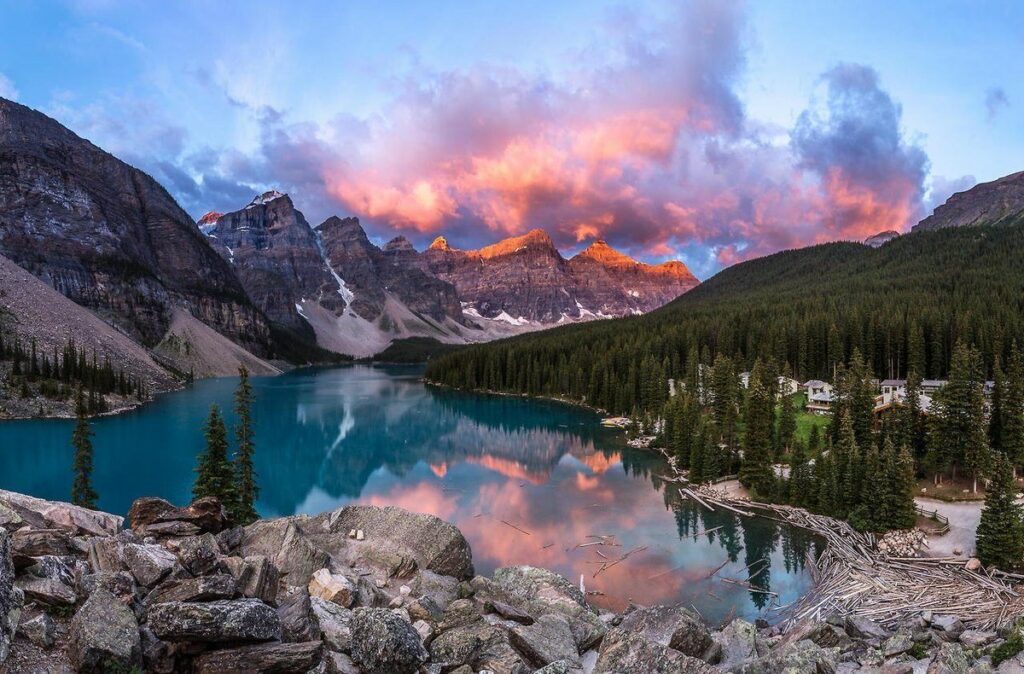 You will not be bored in Banff and inveterate shopaholics, as the city has a variety of stores and malls, a variety of boutiques and souvenir shops almost at every step. The Bison Courtyard and Cascade Plaza have over 50 stores.

If you like to party at night, the night life of the resort is in full swing, there are a lot of nightclubs and discos, among popular nightclubs: Wild Bill’s Legendary Saloon, Aurora, Hoodoo Lounge. 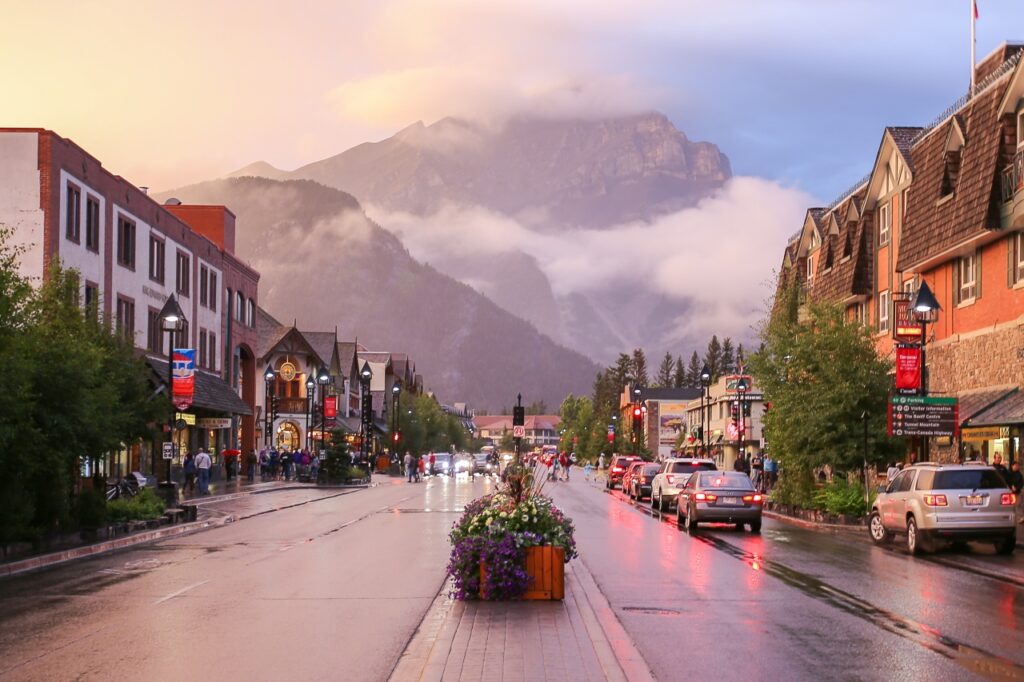 In the vicinity of Banff you can find a variety of attractions, first is a park of more than 6 thousand square kilometers, in which hot springs are open.

The next natural attraction is the Hoodoos Cliffs, which resemble watchtowers. Also look at the picturesque lake Minnewanka. Equally interesting is a visit to the caves. In 1903, Banff opened a historical museum, where you can learn the history of the reserve. In the city there are many places that will be interesting to visit for foreign tourists. 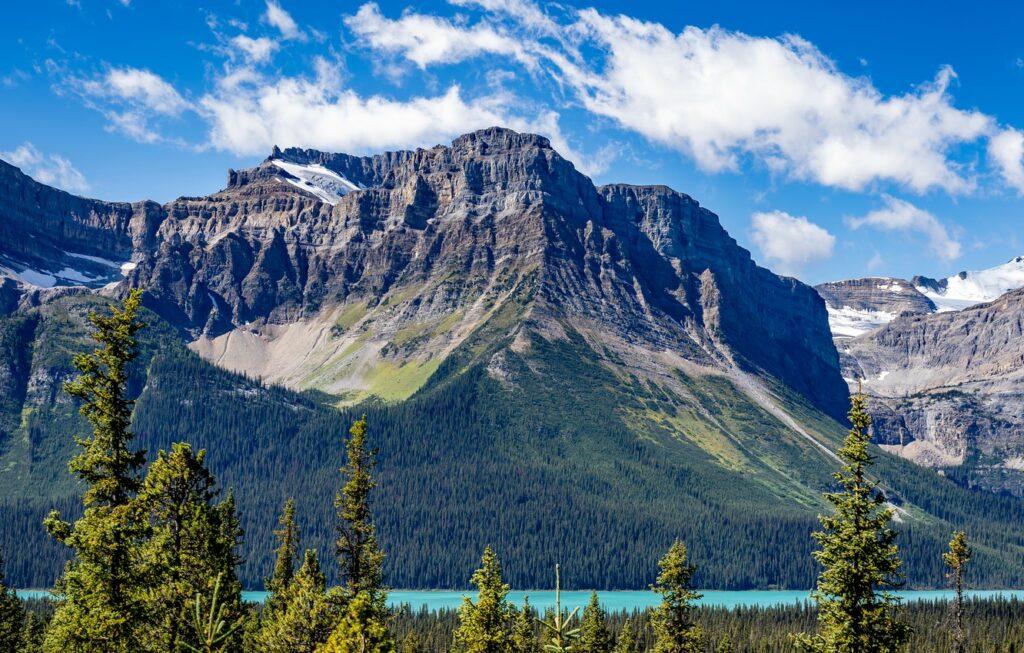 Near the city outskirts you can see the Bow waterfall. The nature of Banff is so mesmerizing that these places are often chosen for filming.

Canada is one of the most tolerant countries to foreign visitors. Here you will be welcomed in a truly friendly way. And the beautiful and mysterious scenery of Banff will not leave anyone indifferent. If you are tired of the usual holiday in the familiar countries and want something new, Canada is a great option. The culture, traditions and features of this country are amazing. Also, Canada is where most of the mystery scenes for movies are shot.