In different countries where bamboo grows, there are small, medium and vast areas occupied by this plant. Some of them are of particular interest because of their beauty, unusual facts, accessibility to tourists, and other parameters. This article briefly describes just a few of them, country by country. 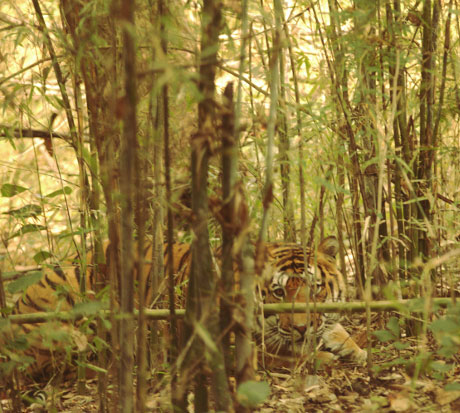 Tiger in the bamboo thickets of Kanha National Park in India

The Shunan Bamboo Forest is located in the Liantian Mountains of Sichuan Province, 60 kilometers from Yibin City. It is among the top ten most beautiful forests in China, not only bamboo forests, but also others. The forest covers an area of 120 square kilometers. It has many waterfalls and lakes. There are ropeways for tourists. Sometimes this area is called “bamboo sea”. There are 400 species of this plant growing here. They are also represented in the local bamboo museum. The movie “Crouching Tiger, Hidden Dragon” was filmed in this forest.

One of the most famous is the bamboo forest in the reserve near Anzhi in Zhejiang Province. The forest near Anzhi is as attractive to tourists as the Sagano Forest in Japan. It too is now equipped with paths for visitors. The height of the bamboo there is about the same, about 20 meters. Anzhi is considered the center of ecological production in China. It has many factories, for the production of bamboo parquet and other products.

A large bamboo forest grows 12 km northwest of Kunming City in southwest China, and the Bamboo Temple stands in it. According to legend, this forest arose when unusual-looking monks stuck their staffs into the ground. The temple was built during the early Yuan Dynasty (1279-1368). All in all, bamboo covers about 3,000 square kilometers in this province. The young shoots of some species serve as food for the local population.

Of all countries in the world, India has the most area under bamboo growing in the wild – 113 thousand square kilometers. However, it has less species diversity than China. In India, it grows from coastal lowlands to mountains up to 2,000 meters high. For the most part, it occupies abandoned agricultural areas that have been exploited for centuries.

Bamboo can be admired in Kanha National Park in Madhya Pradesh, 160 km southeast of Jabalpur. These places inspired the English writer Kipling to write his novel The Jungle Book. It is Madhya Pradesh that has the largest area under bamboo in India, over 18,000 square kilometers. It is followed by Maharashtra by a wide margin, as well as Mizoram, Assam and other states located in the remote triangle between China, Myanmar and Bangladesh.

Compared to other Asian countries, Japan has only 1,500 square kilometers of bamboo forests. But, bamboo in this country is sung in poetry and prose no worse than in China.

The forest in Arashiyama, a few kilometers west of the city of Kyoto, ranks first in Japan. It is called the Sagano Bamboo Forest and is one of the many attractions of Kyoto, one of the ancient capitals of Japan. Those who have visited this forest note its uniqueness, not unlike a forest of trees. They say you get the feeling that you are on another planet. The bamboo in these bushes is very high – up to 20 meters. Unlike the tree forest, all bamboo trunks here are almost the same height and they are all green in summer. There are paths for pedestrians through the bushes, and the forest surrounds them almost by a solid wall. Pedestrians may feel as if they are in the midst of a giant grass, which, in fact, they are.

READ
What to see in Australia?

A part of another famous forest in Kamakura is adapted for tourists. It is called the Hokoku-ji Bamboo Garden (Hokoku-ji). The name comes from the Hokoku-ji temple. The resort town of Kamakura is only an hour’s drive from central Tokyo. It is one of the ancient capitals of Japan.

Among the other bamboo forests of Japan is the one that grows near Hiroshima. After the Americans dropped an atomic bomb on this city in 1945, 80,000 of its inhabitants and all life in and around the city were instantly killed. It was the bamboo bushes that were the first to recover, followed by other plants. A similar case took place in Vietnam, in the Cattien Nature Reserve, but in the early 70s of the 20th century. The Americans poisoned half of this reserve with dioxin and the first plant to recover was bamboo.

In other Asian countries.

Bamboo forests grow in all the countries of Southeast Asia. Most of them are in Indonesia – 20 thousand square kilometers. They are also widespread in Laos, Vietnam, Myanmar.

A lot of bamboo grows on the Indonesian island of Bali, which is very popular with tourists. Therefore, there is a good opportunity to admire this plant in nature relatively close to the hotels.

One of the most northern areas with bamboo is Korea. Also thickets with some non-tree species can be found even further north – on Sakhalin and the Southern Kurils. But this is Russia.

Bamboo forests or groves are found in every country in the Americas except Canada. It grows the most in Brazil, mostly in the Amazon. In total, bamboo forests in this country occupy about 90,000 square kilometers – the second largest in the world after India.

In the U.S., many hobbyists raise it in their homes on significant acreage.

Painting of the Seven Sages of the Bamboo Grove. 19th century or earlier.

Two-thirds of the African bamboo is thought to grow in Ethiopia, its western part where the humid air of the Atlantic reaches. It covers an area of 8,000 to 10,000 square kilometers in that country. According to other estimates, Nigeria has twice as much land under bamboo as Ethiopia.

To the west of the Ethiopian capital, Addis Ababa, the climate is quite humid, unlike in the east. Large rivers flow here, including the Blue Nile, and there are national parks with rich vegetation, including bamboo. Bamboos here form clumps in open glades and edges, less often in the depths of forests.

The tree-like bamboo Arundinaria alpina in Ethiopia reaches a height of 18 meters and a trunk diameter of 13 cm. In addition to the tree bamboo, there is the low bush bamboo Oxytenanthera abyssinica.

The closest bamboo forest to the European part of Russia is in Abkhazia, in Tsandrypsh, a few kilometers from Russia’s Adler. More precisely, it is not a forest, but a grove because the area of thickets is not large.

In addition, there are bamboo groves in Pitsunda and Gagra. There are plantations in Sukhumi Botanical Garden.

The lower is a comment, the newer it is. Above – older.

Ad network blocks use cookies, including on this site. Your continued use of the site signifies your agreement to this.

Beautiful Bamboo Forests from Around the World – 40 photos 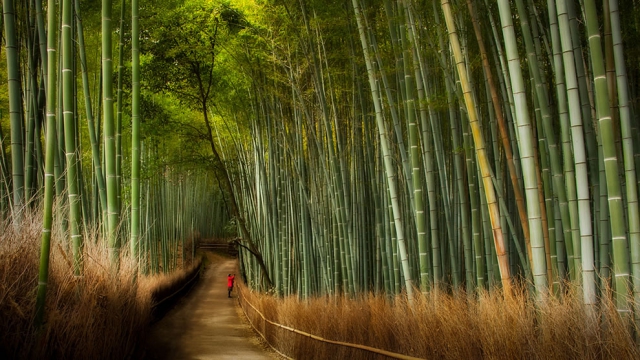 Bamboo is a grass, but many of its larger species look like trees. Densely sprouting, they form amazing forests. We suggest admiring beautiful bamboo thickets from around the world. 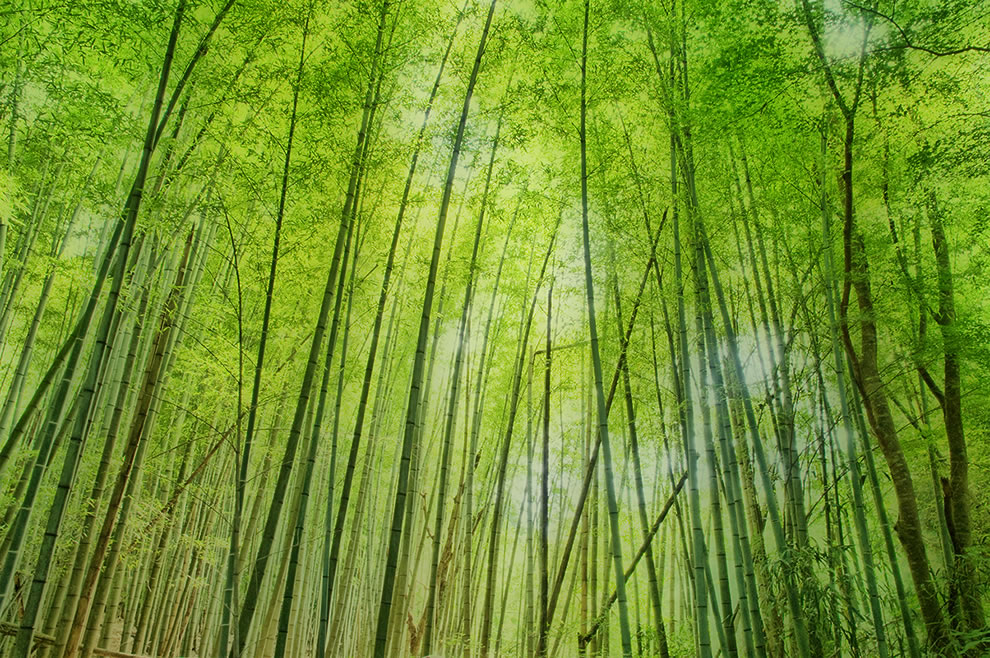 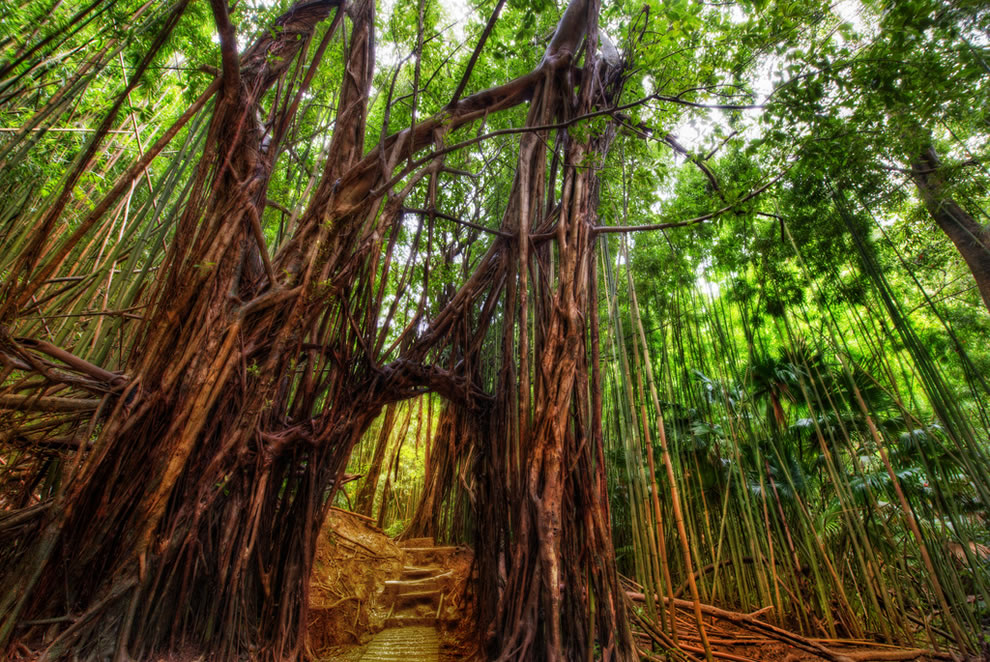 Oahu, a secret trail through a bamboo forest.In all, there are 1,450 species of bamboo that grow in different climates, from cold mountains to hot tropical regions. Photo: Trey Ratcliffe 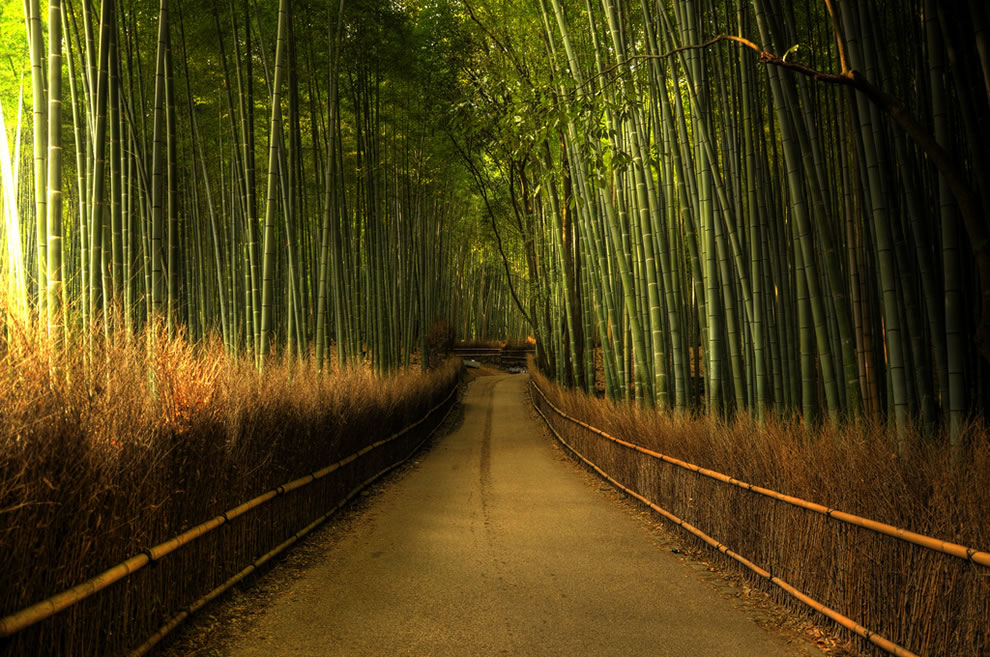 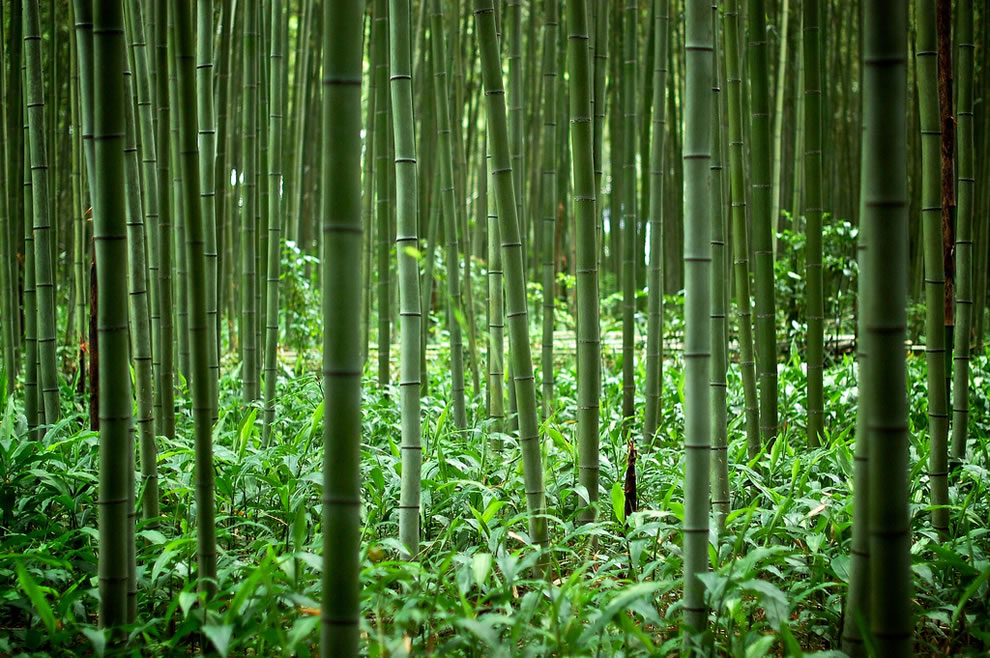 Bamboo is one of the fastest growing plants on Earth. Some species grow as much as 100 cm in just 24 hours. Photo: David Lenham 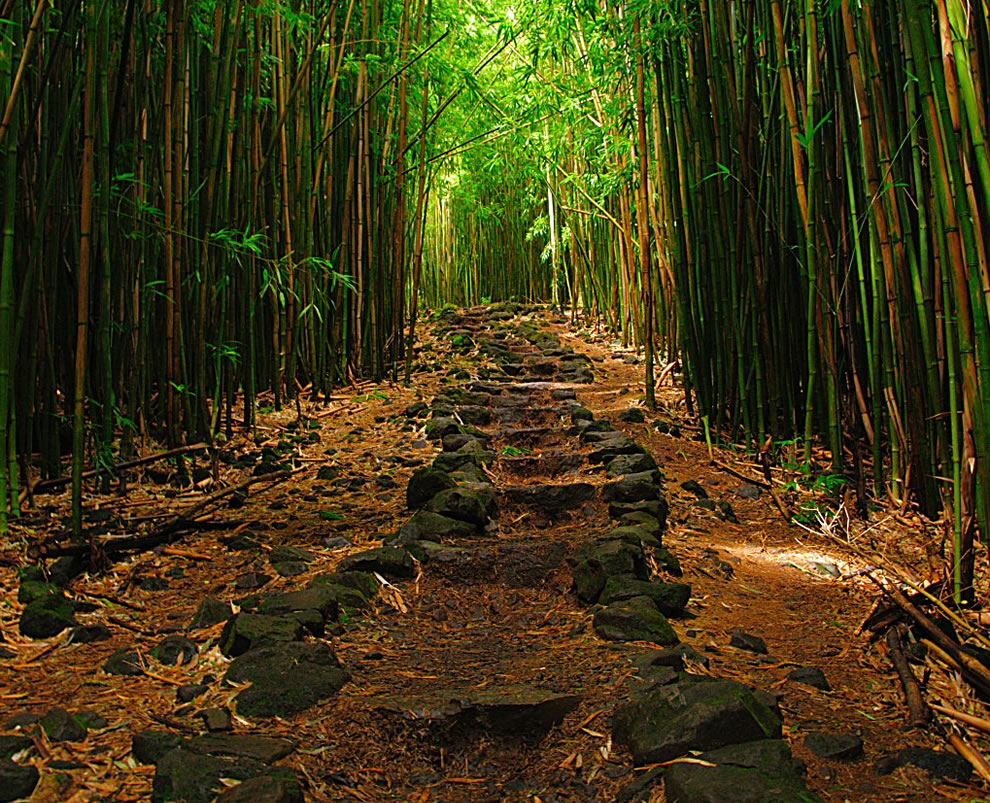 This trail through a bamboo forest in Koali, Hawaii, ends at a magnificent waterfall. Photo: Chris Taleye 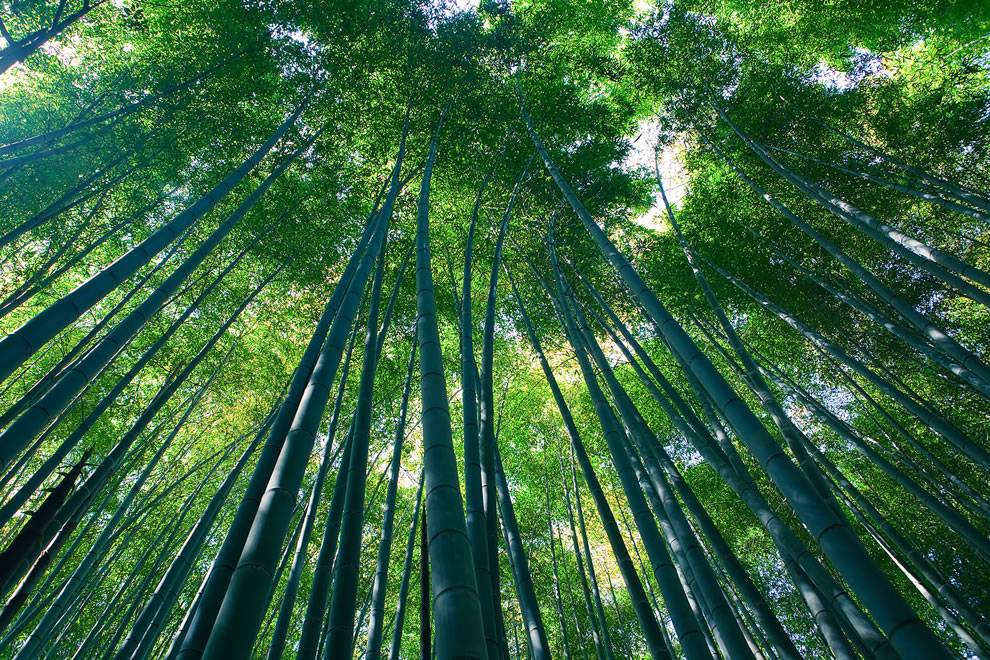 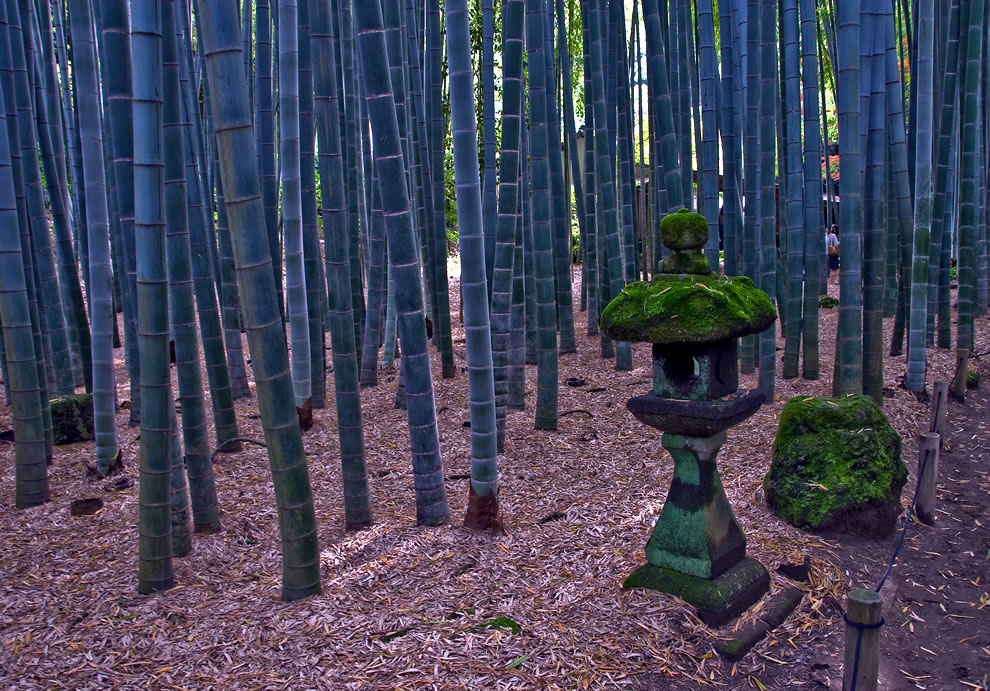 Bamboo survived the atomic bomb dropped on Hiroshima in 1945, it was the first green after the explosion. Photo: Urashimataro 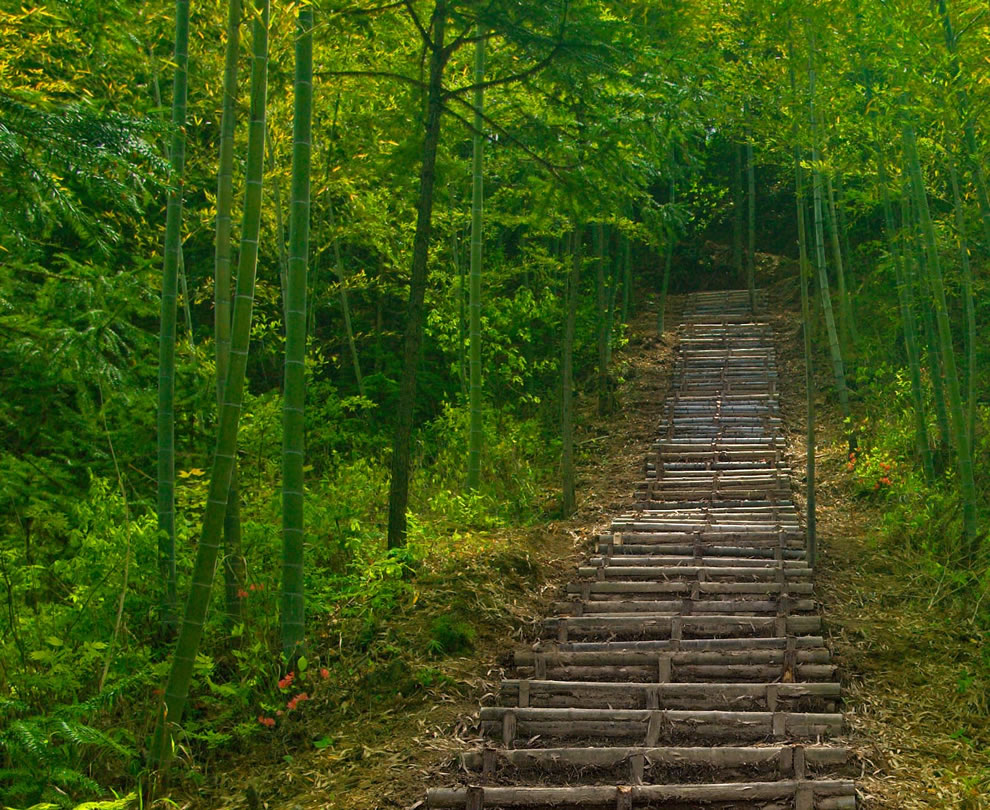 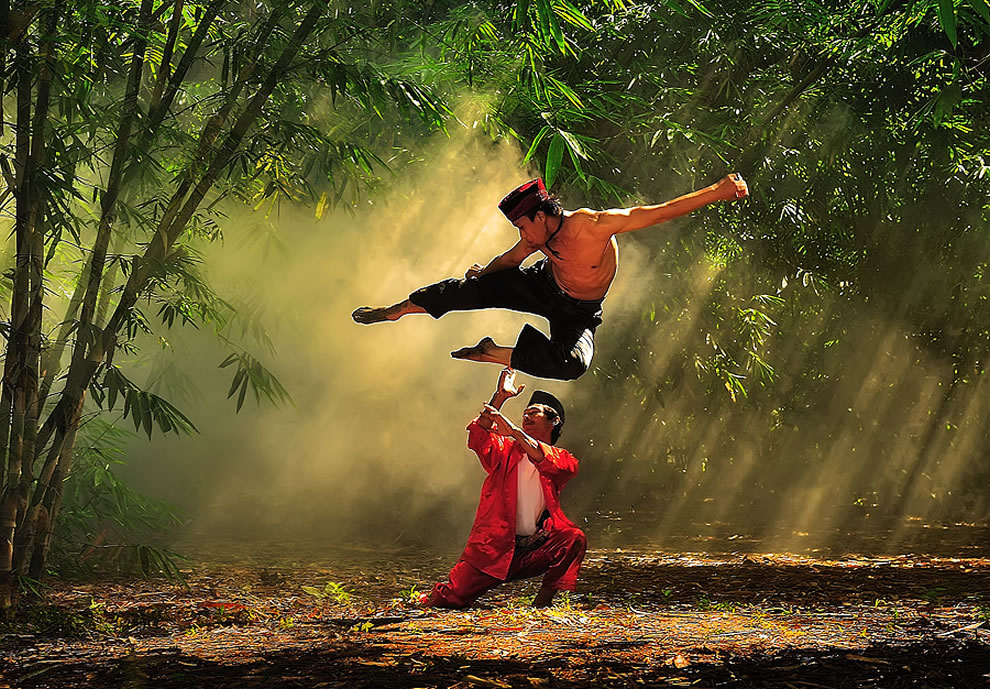 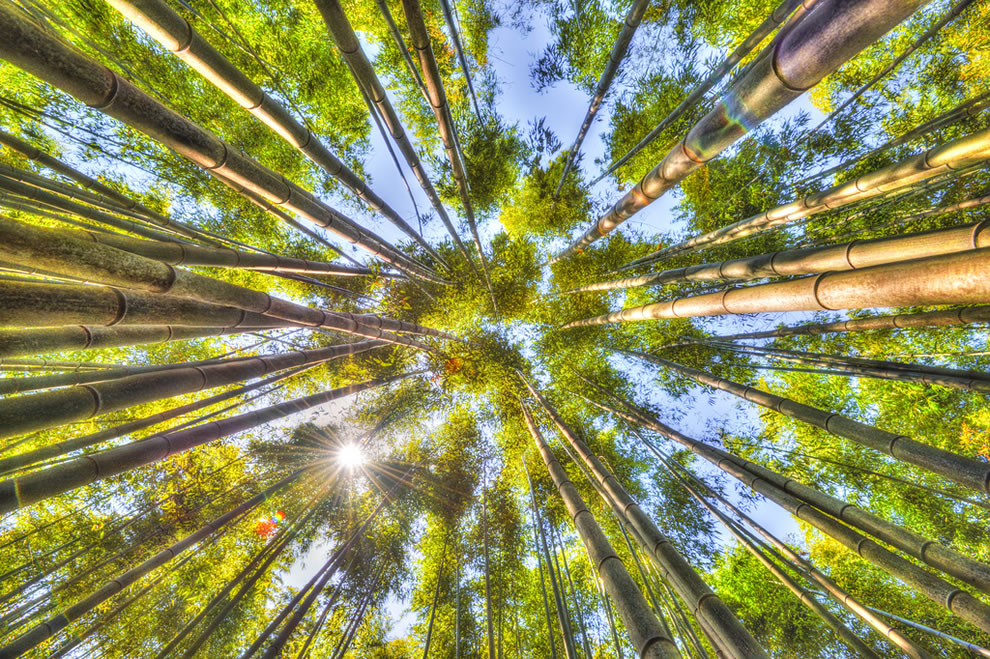 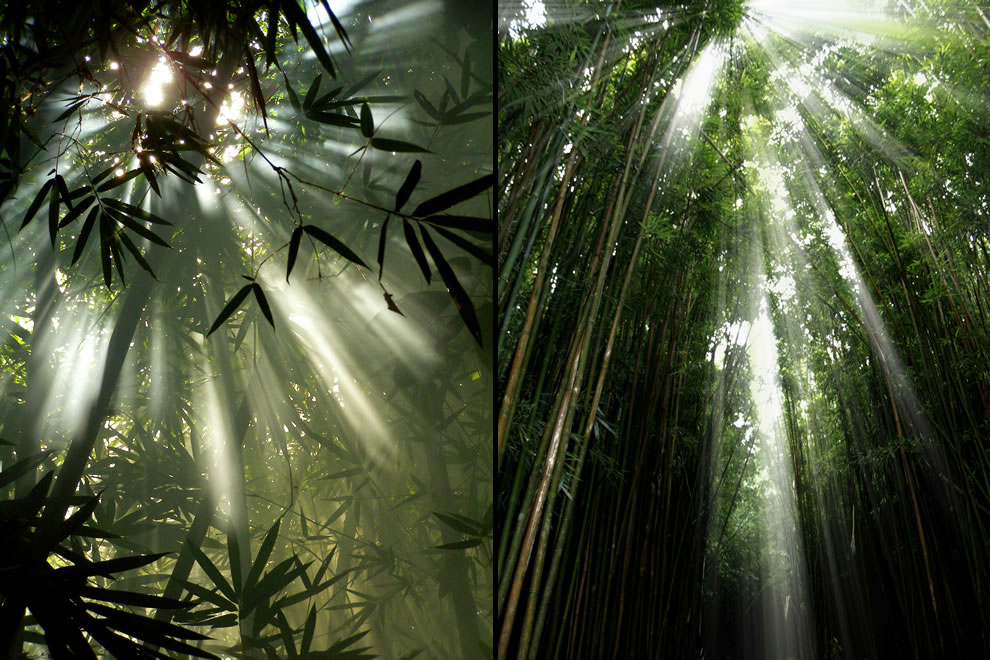 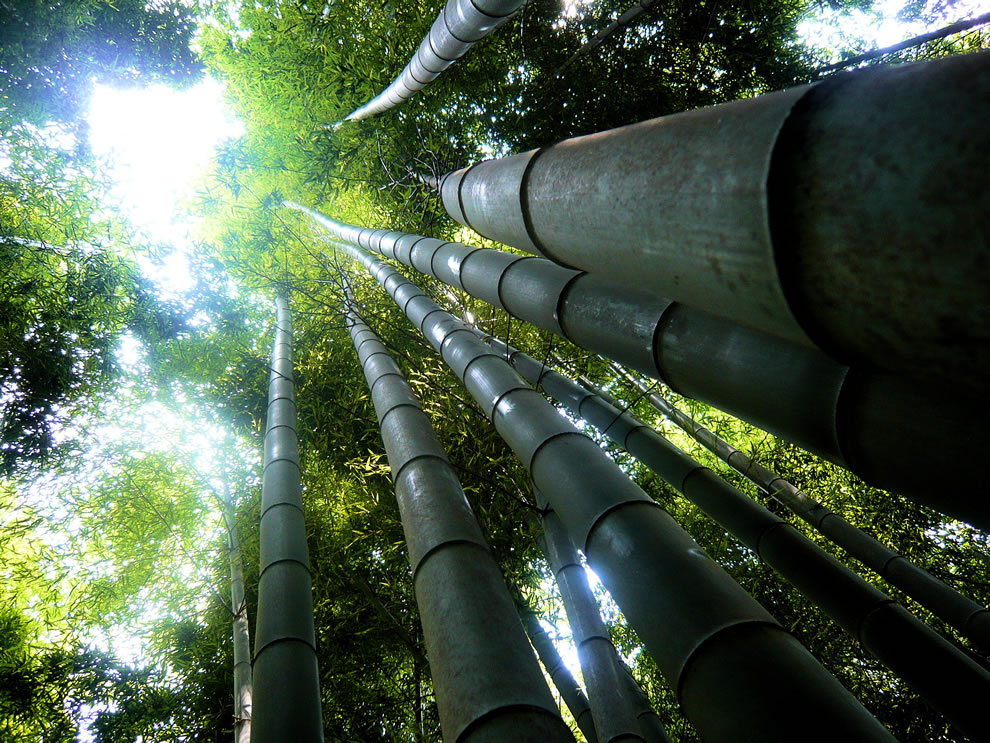 Near the Fushimi Inari Shinto Shrine on Kyoto Island.The bamboo in the grove blooms in sync. But most species of the giant grass bloom extremely rarely at intervals of 65 to 120 years. Photo: Stephane Le Du 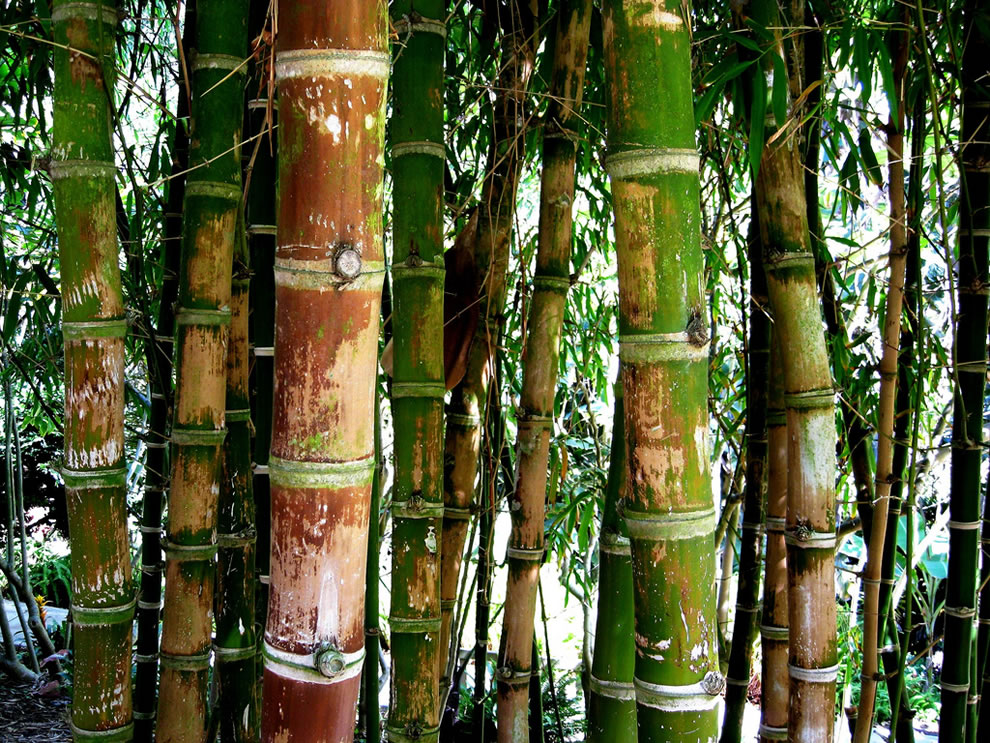 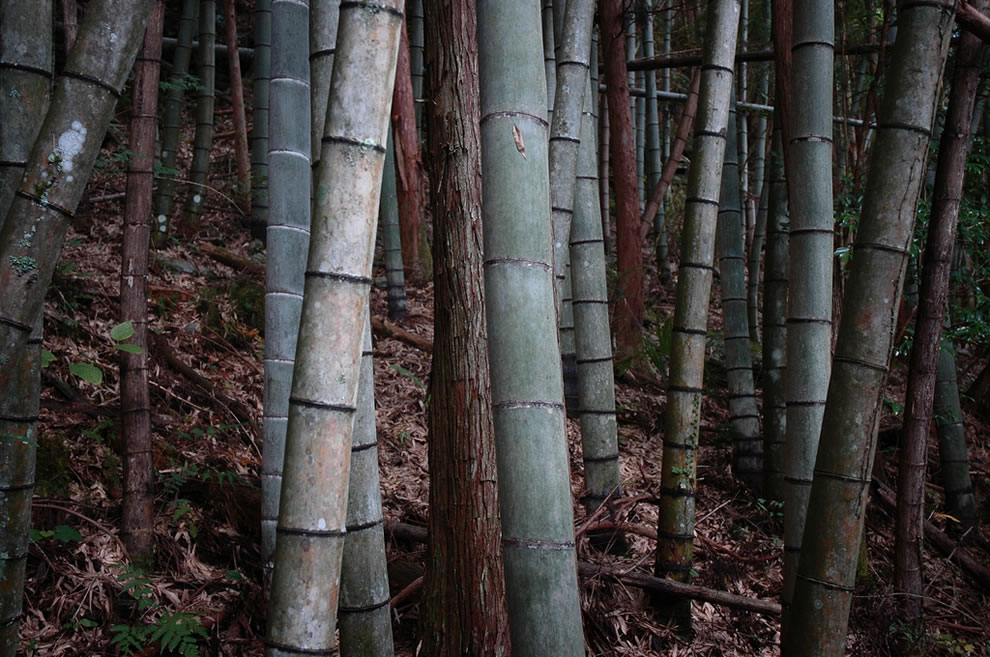 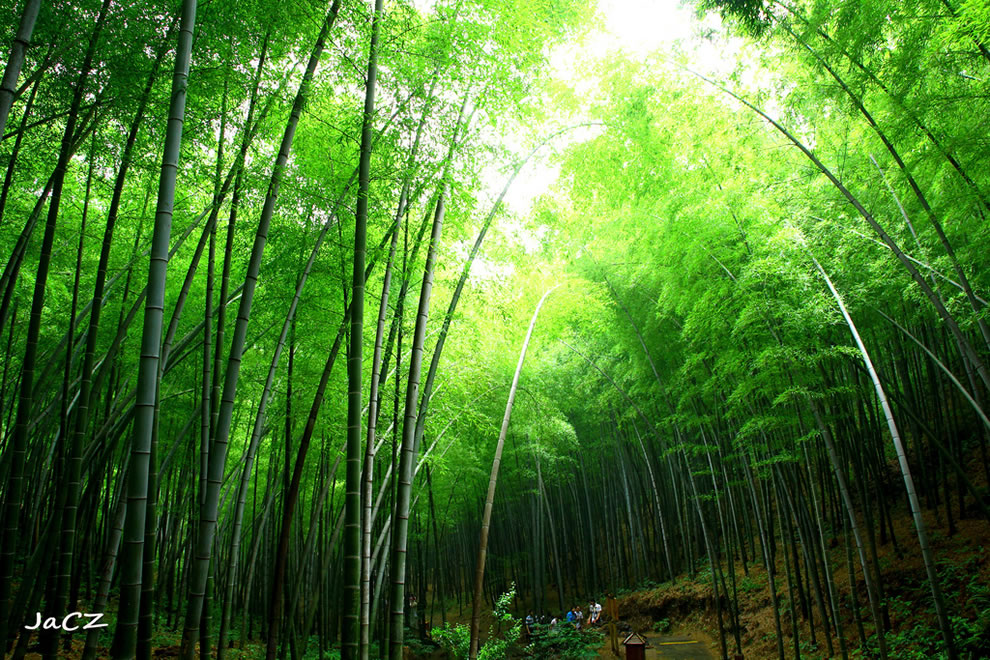 A walk in the bamboo grove has a calming effect. A gentle breeze gently ruffles the tall stems of the grass, which gently sway back and forth. Photo: mikuratv / Mamoru Masumoto 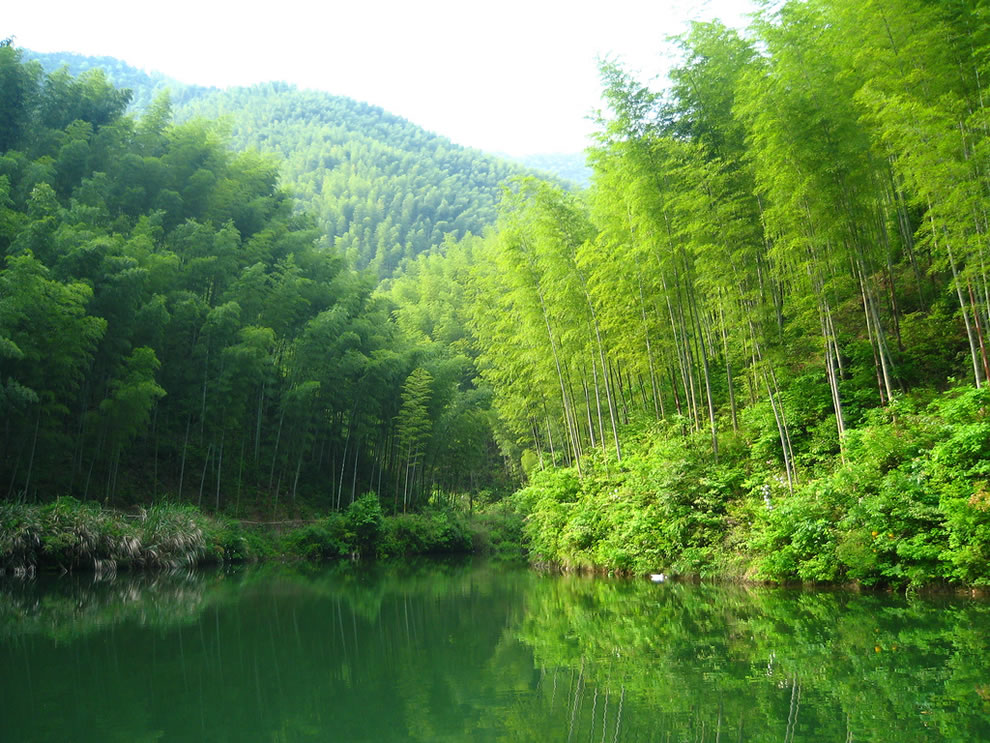 In 1854, German watchmaker Heinrich Goebel invented the first real light bulb. He used a charred bamboo thread as a filament that he placed inside a glass bulb. Edison later continued to refine the light bulb until it could function for more than 1,200 hours using bamboo filaments. Photo: Vernon Fowler 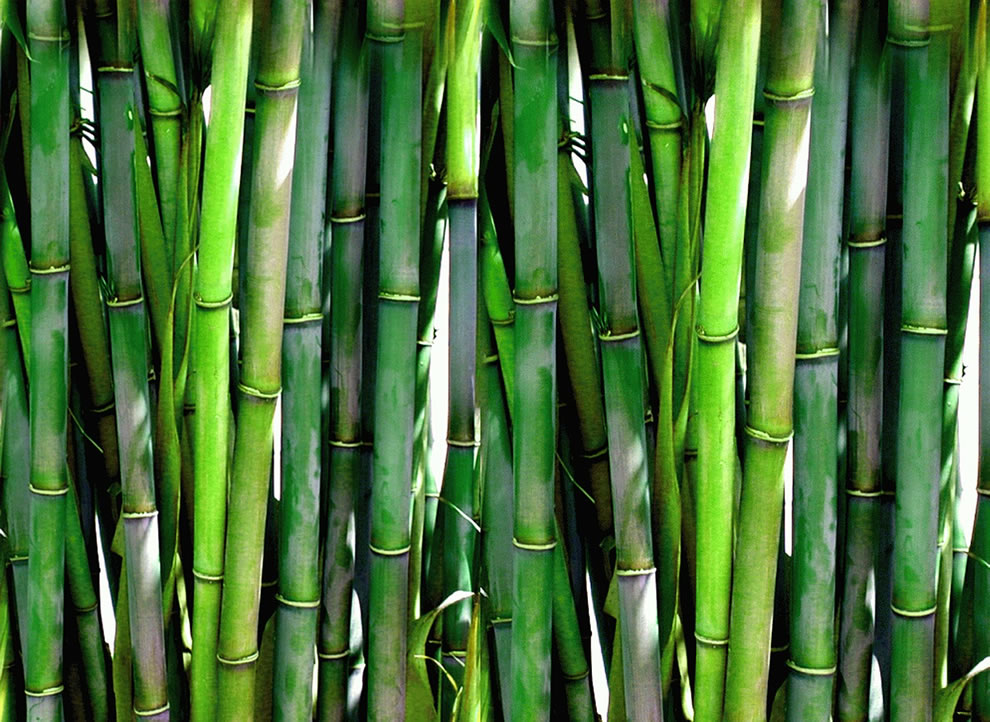 At his winter residence in Fort Myers, Thomas Edison built a swimming pool in 1900 in which he used bamboo instead of steel reinforcement in the cement walls. The pool still does not leak. Photo: PublicDomainPictures 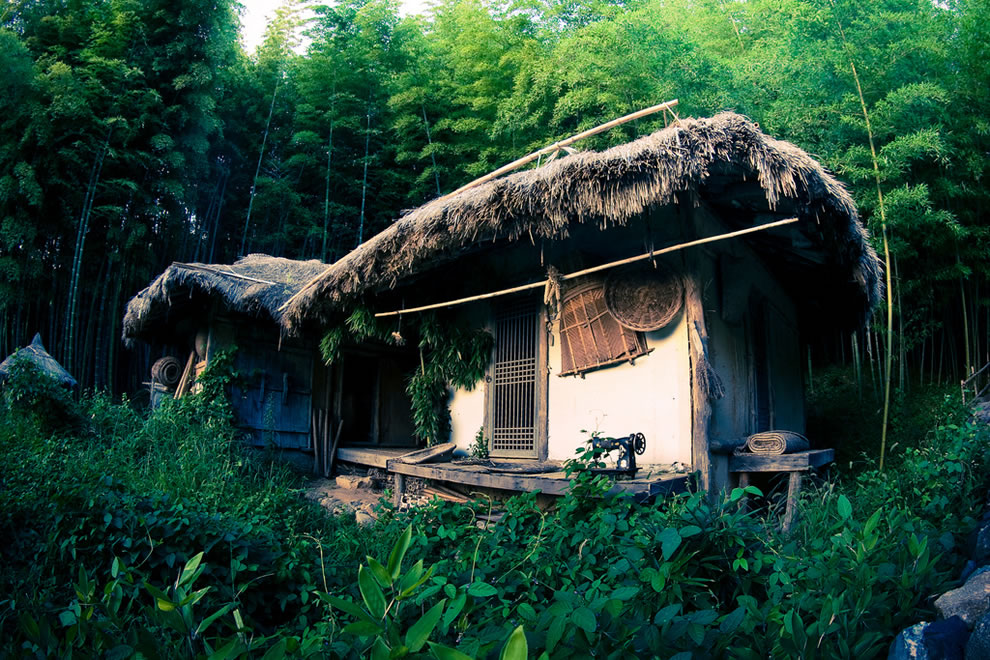 Damyang in South Korea is one of the northernmost places on the Korean Peninsula where bamboo can be found. Photo: Byoung Wook (Toughkid Kim) 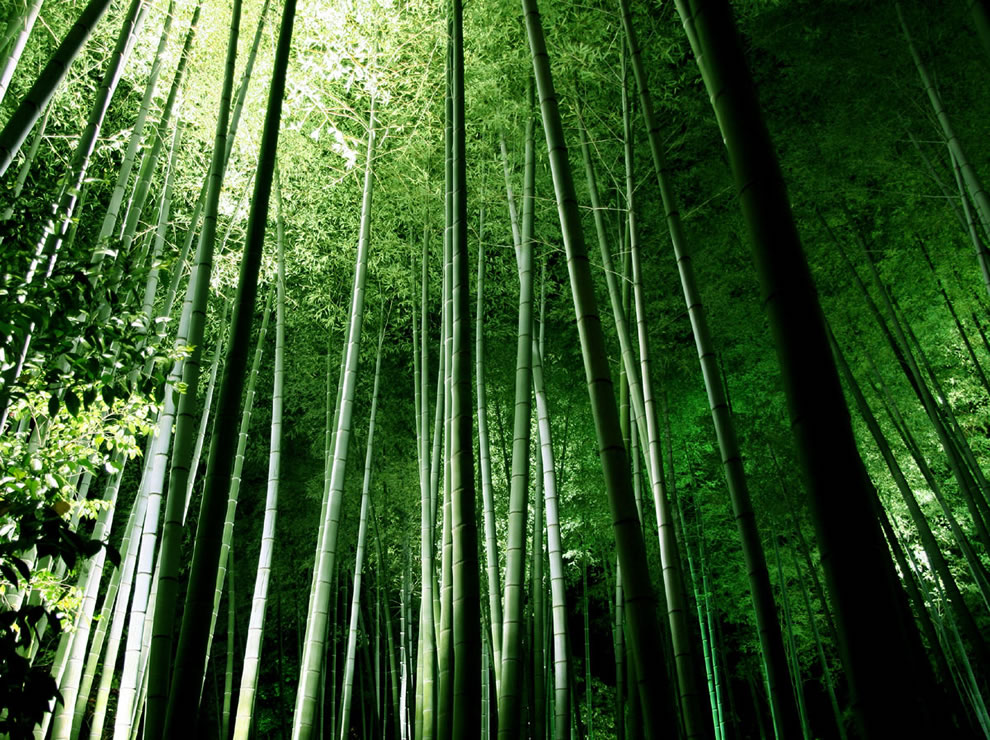 Near the Buddhist temple of Kodaiji, Kyoto. In Japan, these bamboo gardens are recognized as a historical site of national significance with picturesque beauty. Photo: Roger Walsh 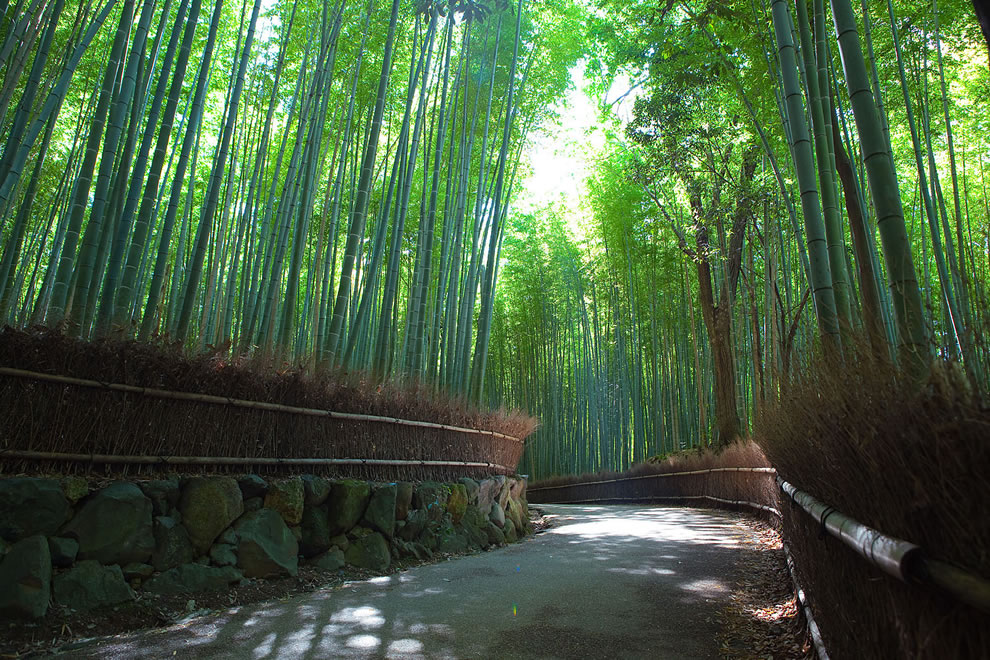 READ
The soul of Batumi - the seaport 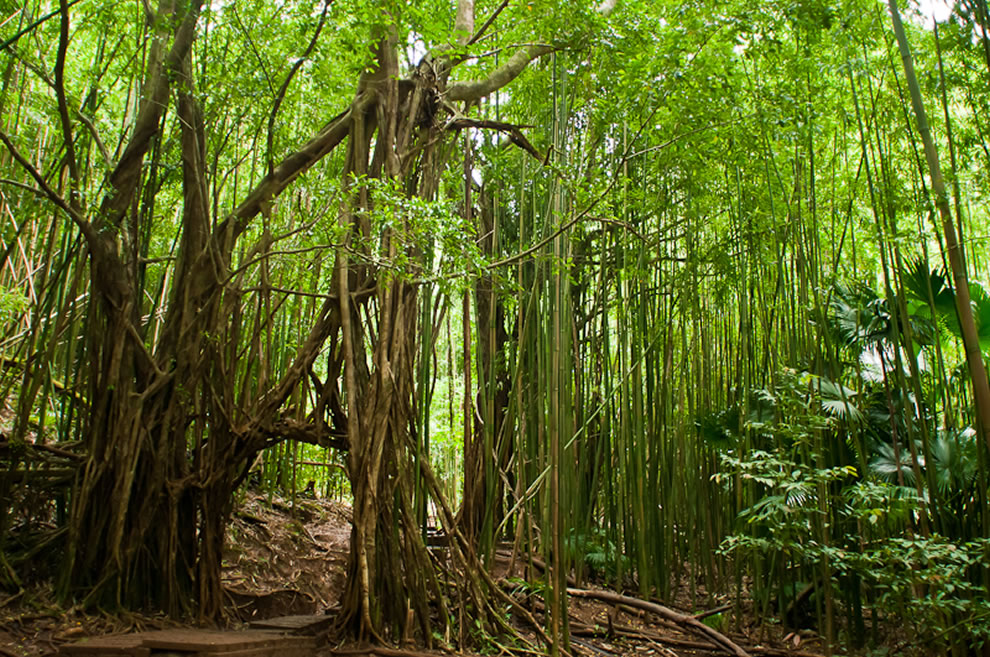 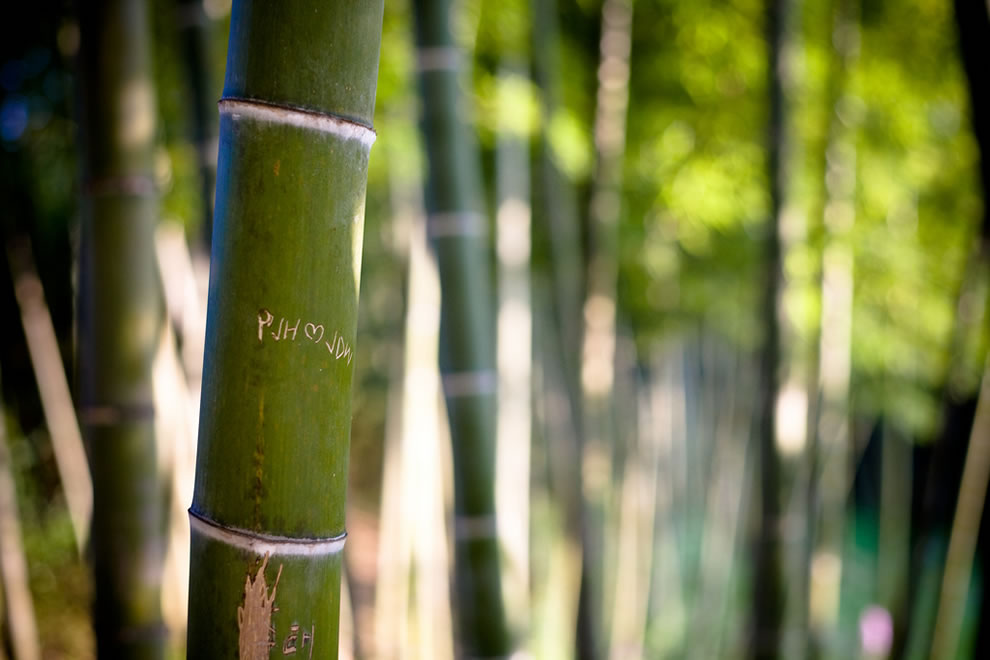 Love in a bamboo forest in Damyang.Bamboo can be considered the oldest building material in the world. In South America, there are traces of bamboo houses built about 9,500 years ago. Photo: Byoung Wook (Toughkid Kim) 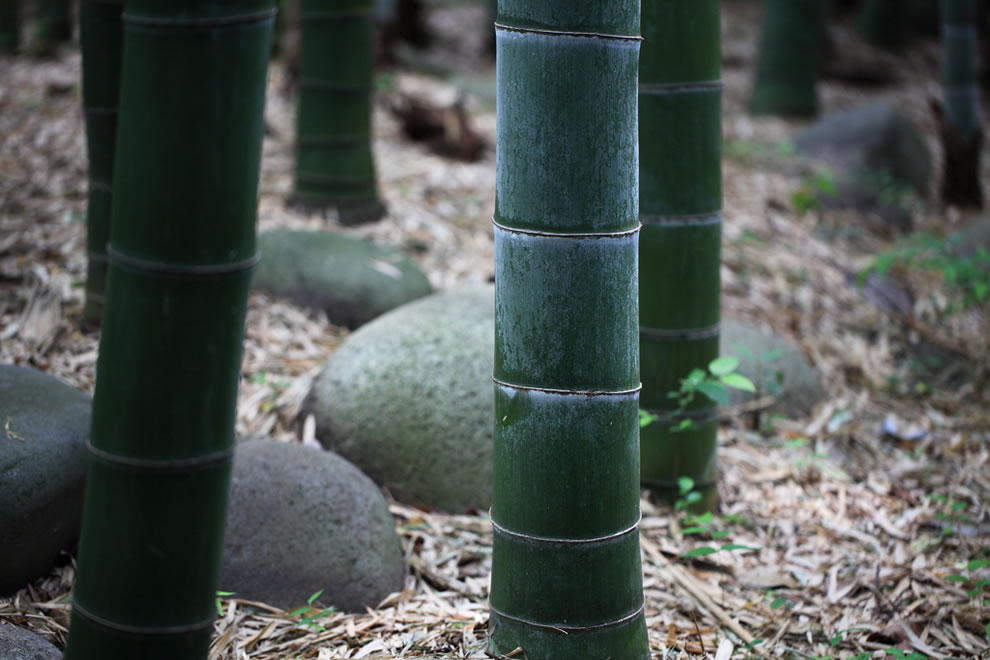 Bamboo Grove in Japan: Everyone has heard of the edibility of bamboo shoots, but few know that they are also used to make wine, tea, beer and vinegar. Photo: TANAKA Juuyoh 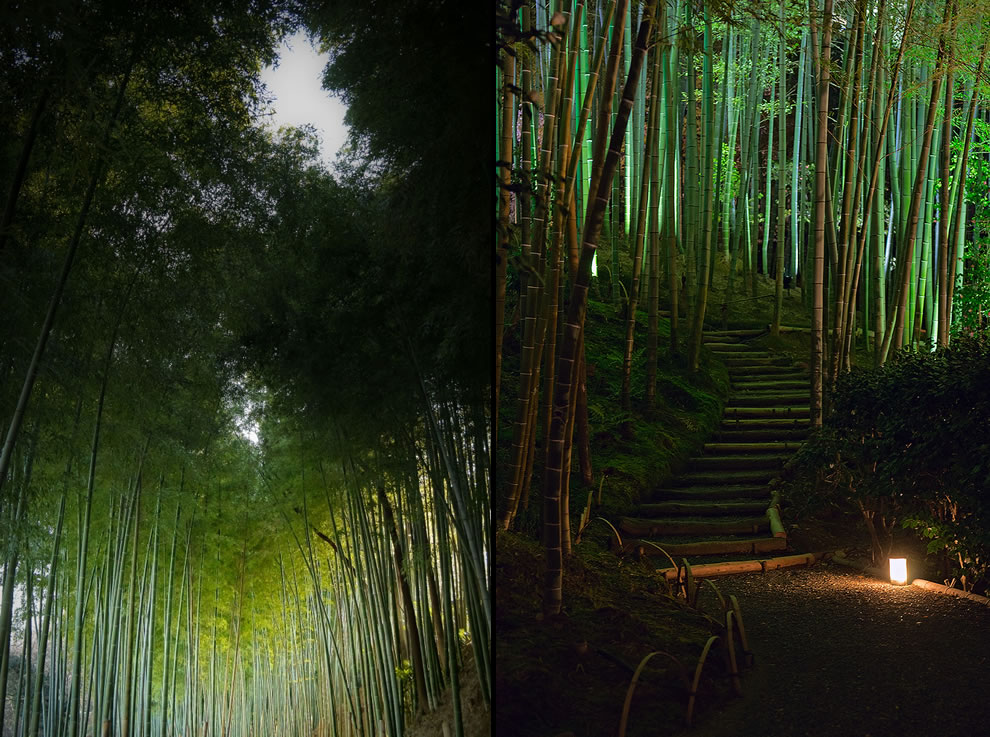