Australia is the largest island, but the smallest continent 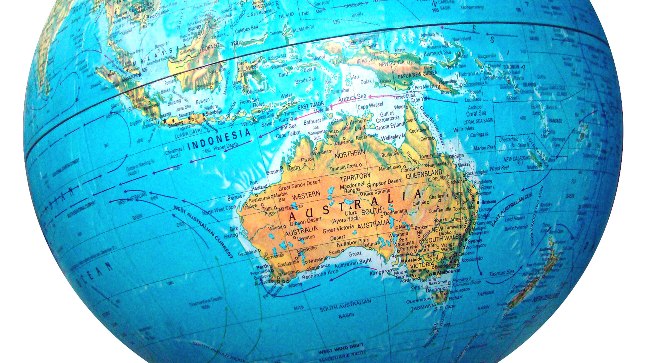 1.About Climate, Nature, and Mineral Resources

Australia The word “Australia” comes from the Latin word “australis,” which means “south. It also translates as “unknown country in the south. Australia is the largest island and the smallest continent in the world. Australia is the most arid inhabited continent on Earth. Because one-third of Australia is desert, the rest is also quite dry. There is very little rainfall here. Because Australia’s climate is arid, it is very hot. In 2013, 123 temperature records were broken. The Bureau of Meteorology added a new color – purple – to indicate temperatures above 50 degrees Celsius. In 2016, record-high temperatures caused corals in the Great Barrier Reef to bleach, killing more than half of the corals in the northern section – the worst tragedy associated with the Great Barrier Reef. In 2015, scientists discovered the largest chain of continental volcanoes on Earth, stretching 2,000 km across eastern Australia. Science has long known about volcanoes that disappeared millions of years ago, but what was new to scientists was that all these volcanoes were formed over one common “hot spot”. The underground coal seam at Burning Mountain in New South Wales has been burning at a depth of 30 meters for 6,000 years, making it the longest underground fire on Earth. Australia has Lake Disappointment and Mount Disappointment. The lake was so named in 1897 by traveler Frank Hann, who, after seeing many streams near the lake, thought there must have been a large freshwater lake nearby. However, it turned out that the water in the lake was salty. And the mountain got its name after travelers Hamilton Hume and William Hovell decided to climb it to see the large bay of Port Phillip, but the tall trees on the mountain prevented them from doing so, and they decided to name the mountain after the feeling they had at the time. Continental Australia is in three time zones: Western Standard Time (UTC+8), Central Standard Time (UTC+9:30), and Eastern Standard Time (UTC+10). But there are places (some villages) in Western Australia where the time difference is not an hour or two (like in Europe) but only 15 minutes. The meteorite fall zone in central Australia has a width of 400 km and is considered the largest zone of this type on Earth. Australia has the longest straight road in the world and is called the Eyre Highway. It is 146.5 km long and connects the western and southern parts of the continent. Fraser is the world’s largest sand island, which is located in Australia. In Australia they managed to find the biggest diamond. The biggest deposit of gold and nickel is also in Australia. They managed to find a gold nugget which weighs 70 kilos in Australia. Australia’s Snowy Mountains receive more snowfall annually than the Swiss Alps. The Australian state of Tasmania boasts some of the cleanest air on earth. Australia is the only continent without a single active volcano. Australia is the lowest continent. Australia is the world’s most flat country. Australia is one of the youngest nations. 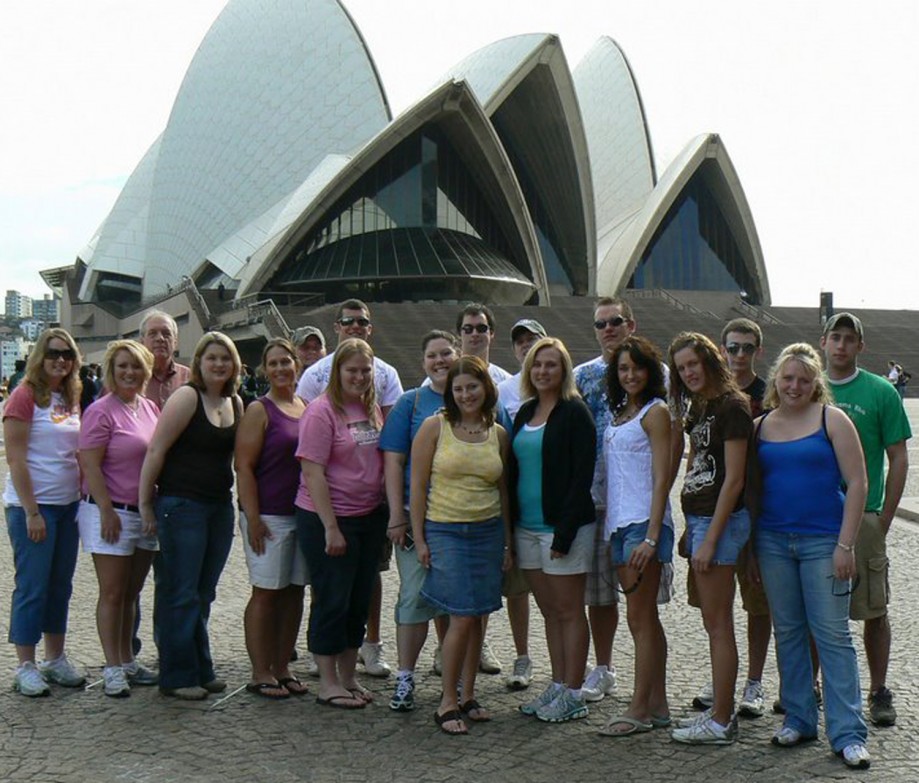 Australia is the only state to occupy an entire continent. Australia consists of six separate states. It has one of the lowest population densities in the world, which is 3 people per sq. km. The average population density in the world is 45 people per sq. km. Population density in Australia is calculated in square kilometers per person, not in number of people per square kilometer as in other countries. Europeans who first settled in Australia were exiled convicts. Most Australians speak English. There is no subway in this state. A huge number of Australian cities and towns are located near the beaches. Australia has been home to Aboriginal people for more than 40,000 years. They spoke more than 300 different languages. More than 20 percent of Australians were born in another country. Despite the similarity of languages, Australian Sign Language is very different from British and American Sign Language. Australians are the most gambling people in the world. More than 80 percent of the adult population gambles, and this is the highest in the world. The Australian state is fondly referred to as the “island-continent.” Australia is considered a country of contrasts because civilized cities are close to desolate beaches. In ancient times, more than 30 thousand Aborigines lived in Australia. Australia is the most law-abiding nation. Most Australian women live to be 82 years old. Supermarkets in Australia sell kangaroo meat, which is considered an alternative to lamb. Australians never leave tips in restaurants and cafes. Crocodile meat is eaten in Australia. Australia is a major contender for the highest level of literacy. Newspapers are read far more often in this country than in other nations. There are about 6 sheep for every Australian. Australia is populated by more than 5 million immigrants who were born outside of this country.

Australia is one of the most attractive countries. In this country, there are many places with a unique landscape. Also unique is the culture of the country. Australia attracts and captures! Its islands, deserts, villages, cities, animals and plants are unique and beautiful! 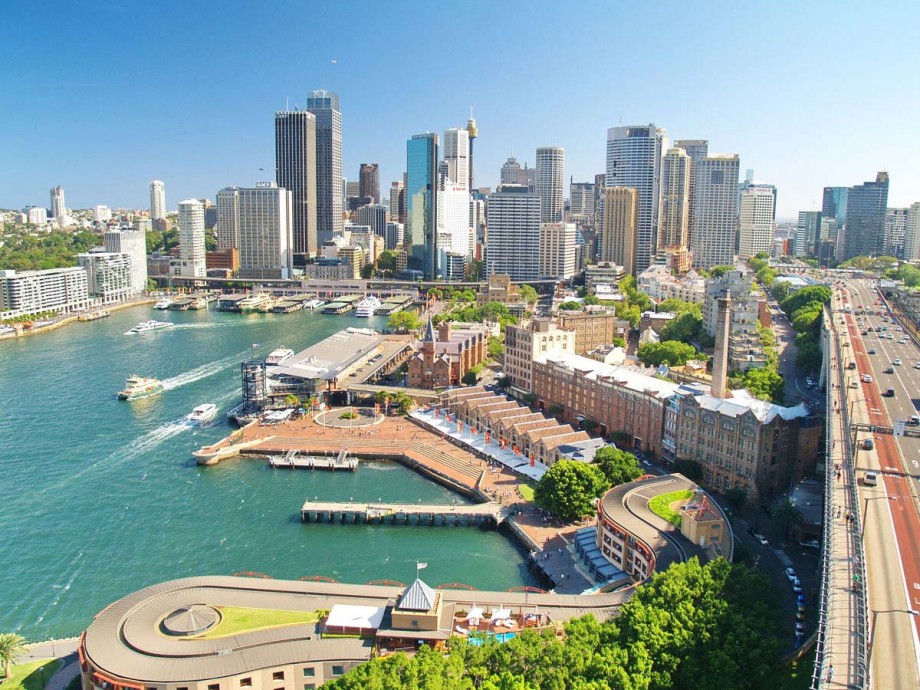 1.Sydney is the largest and most populous city in Australia.

The most important attraction in Australia, of course, is the Sydney Opera House. The architect of this stunning structure is the Danish master Jorn Utzon. You can tour the theater building from the outside as well as go inside, backstage. In addition to the Sydney Opera House, it’s interesting to visit Hunter Valley Wineries, go on a Harbour Highlights cruise, discover Jenolan Caves, and visit the Darling Harbour Oceanarium. 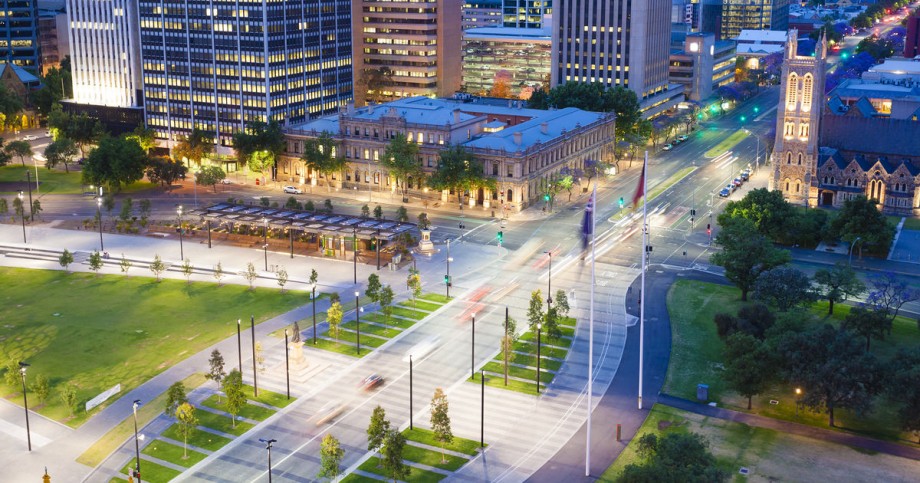 2. Adelaide is one of the most well-planned cities in the world.

Not far from Adelaide, are the Adelaide Hills, which are part of a national park. Within an hour’s drive of Adelaide are the Barbarossa Valley and the Mc Laren Valley, which are South Australia’s major wine regions. Daytime walkers will be able to immerse themselves in Adelaide’s amazing Atmosphere. At night, the city is open hundreds of nightclubs that can amaze even the most sophisticated audience with their performances! 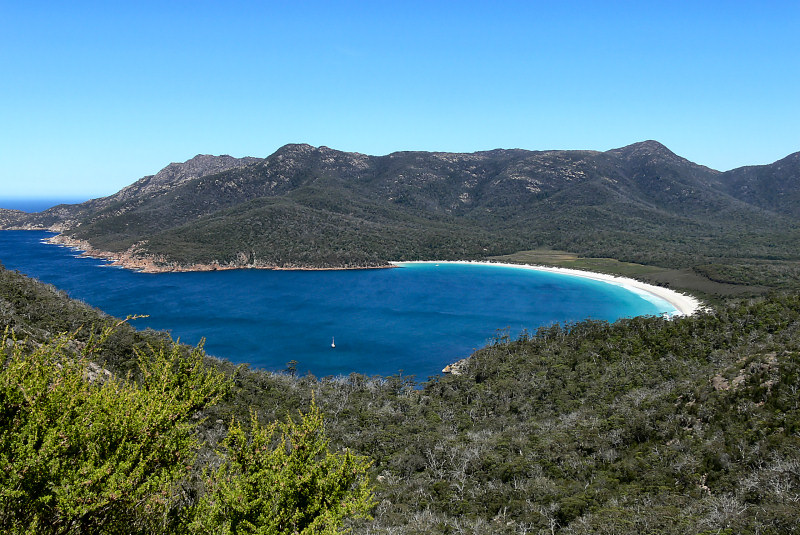 3. tasmania is a place to get away from civilization.

This Australian island has an ancient history and rich culture. Spending time on golden Tasmanian beaches, mountains and lagoons with the clearest water is an unforgettable experience. And you can also contemplate the wilderness. For this there is no place like Tasmania, because the island is famous for the variety of flora and fauna. 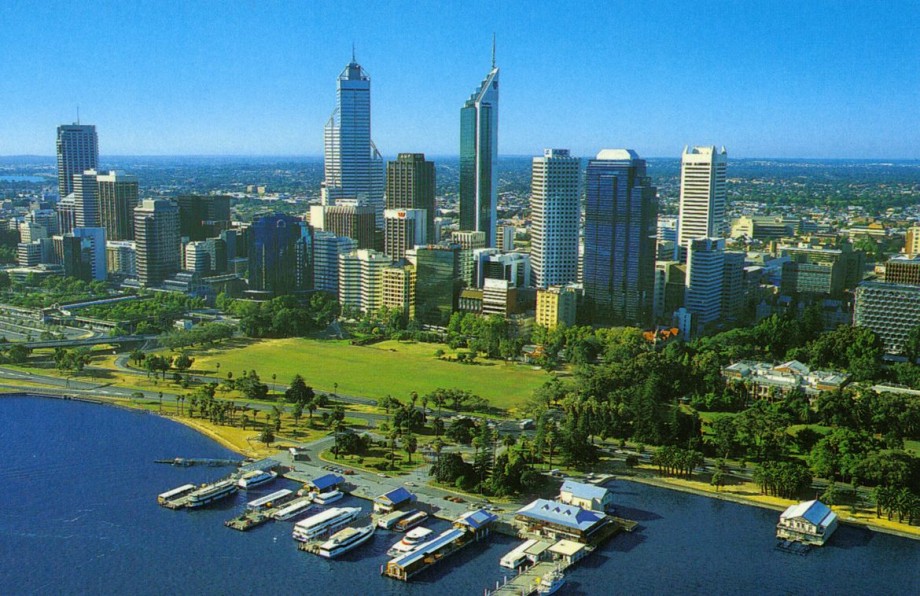 4. There are many places of interest in Perth. 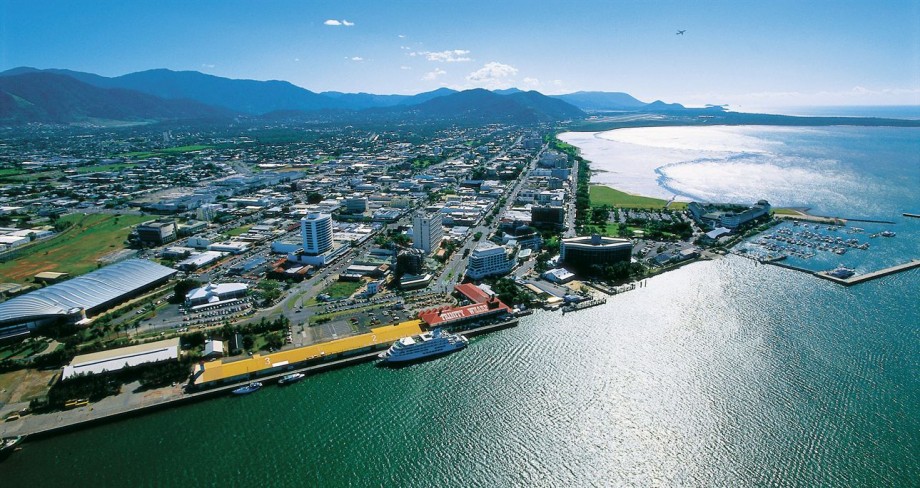 This city is a favorite destination for Great Barrier Reef, the largest coral reef in the world. The reef stretches for 80 million acres along the northeast coast of Australia and is home to many rare marine animals. 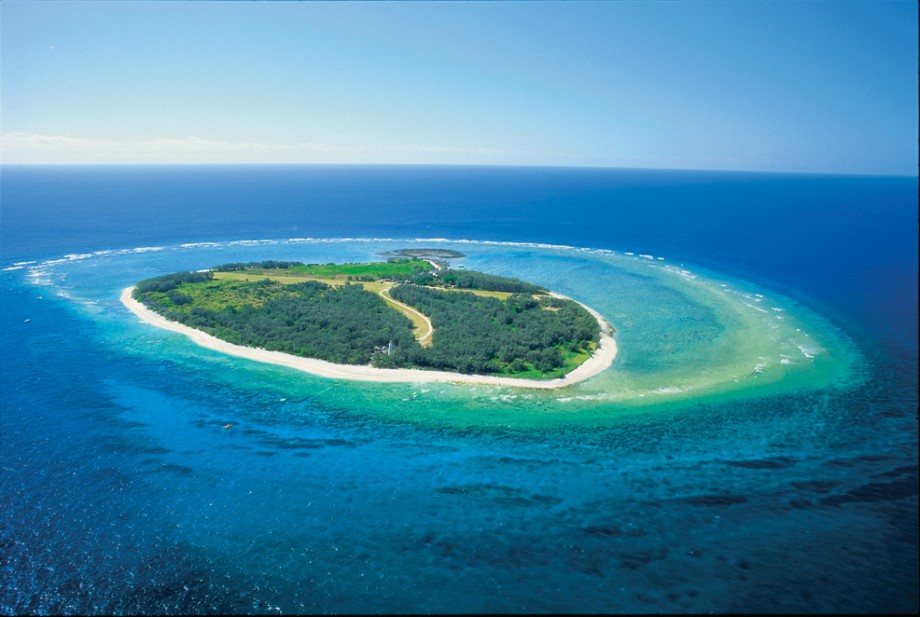 This island is the largest sand island in the world. It is inhabited by various species of wild dogs that are not dangerous to humans. The most famous Australian wild dog is the Dingo. There are also fish off the coast of Fraser Island that are found nowhere else in the world. On Fraser Island you can enjoy the amazing golden sand beaches and swim in the pristine ocean water. 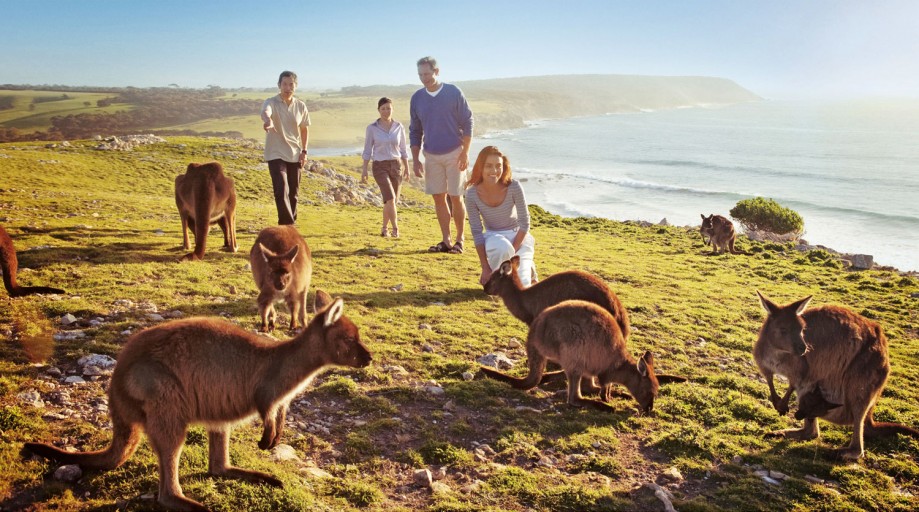 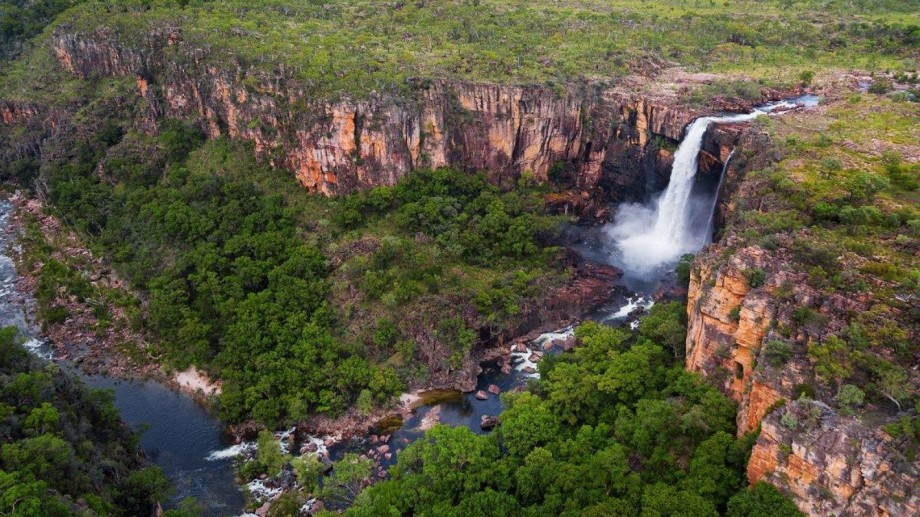 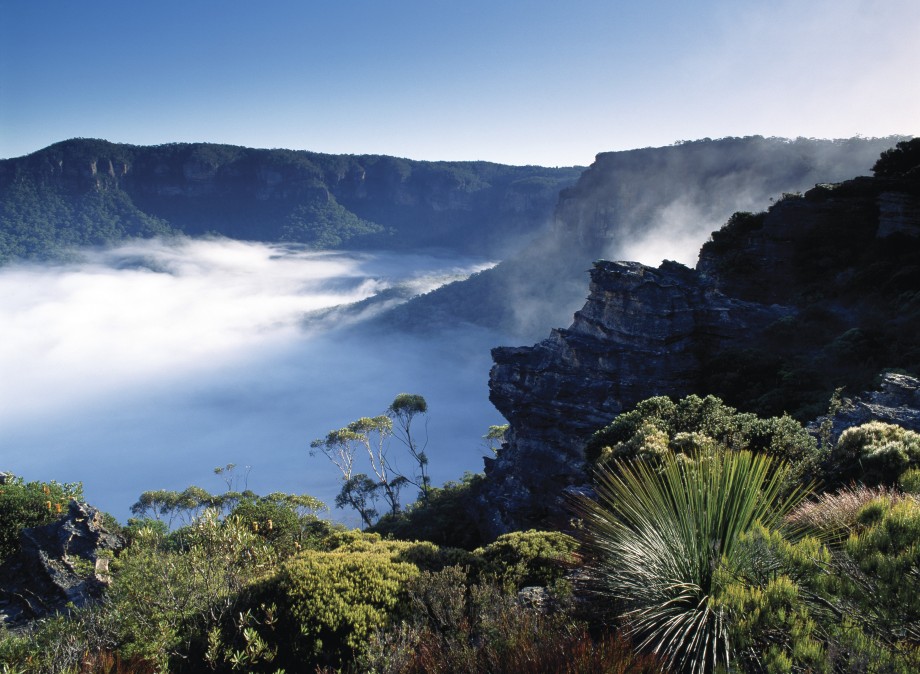 Jamison Valley is known for its safari tours. It offers a magnificent scenic landscape that attracts thousands of tourists from Australia and around the world. 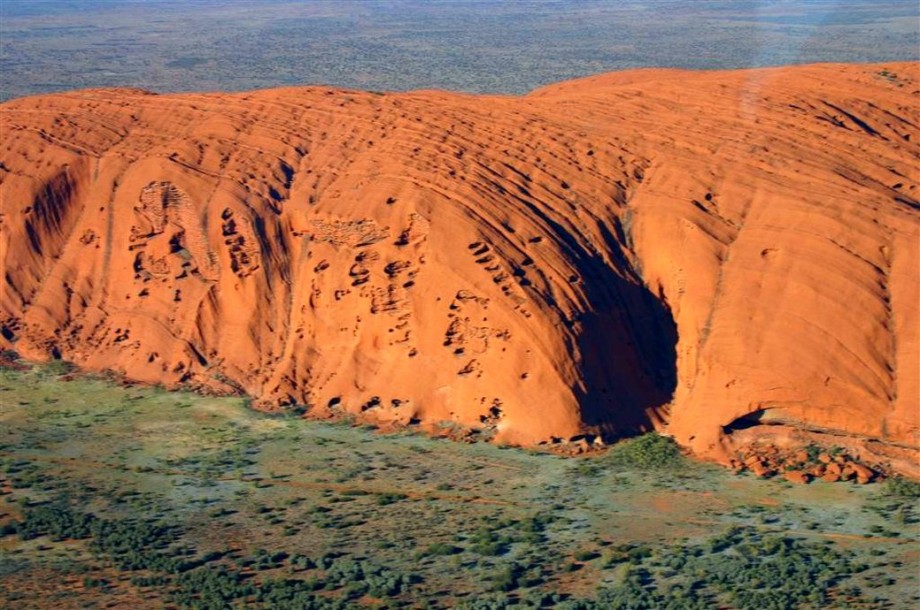 Uluru is the world’s largest monolithic rock and Australia’s most impressive natural monument! It is said that Uluru is best admired at sunrise or sunset because it is during these hours that the stone landmark shimmers with the most unimaginable colors. 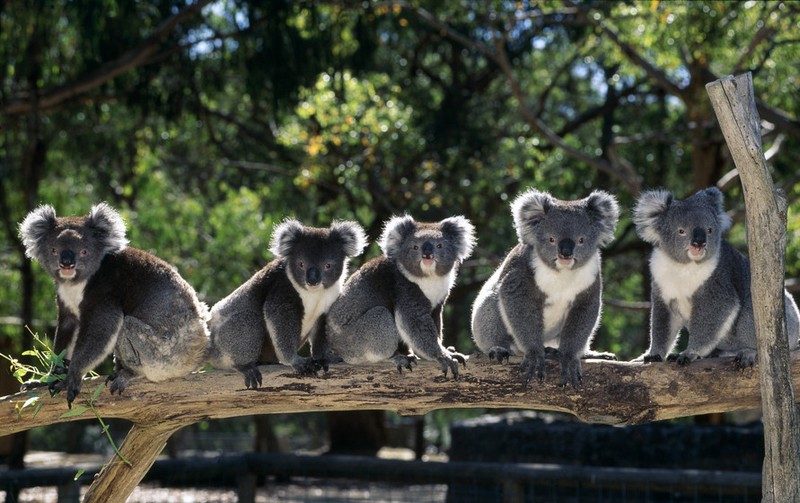 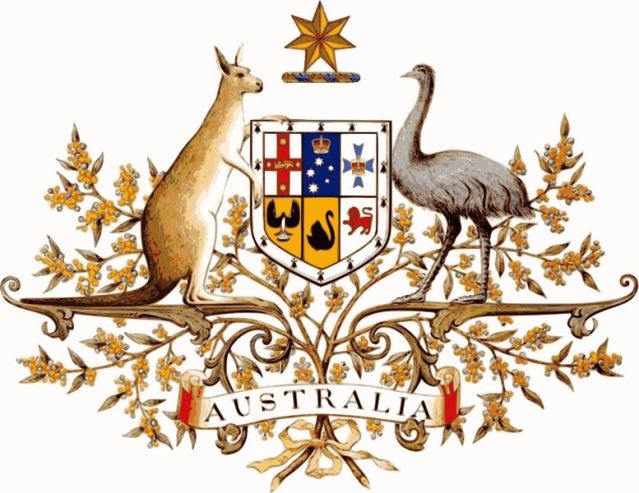 Kangaroos and emus were chosen as symbols of the Australian coat of arms because, unlike most animals, they are rarely seen moving backwards. Australia is home to 3.3 times as many sheep as people. Australia is considered a haven for 100 million sheep.

READ
An itinerary of London, England. Docks and skyscrapers of Docklands. 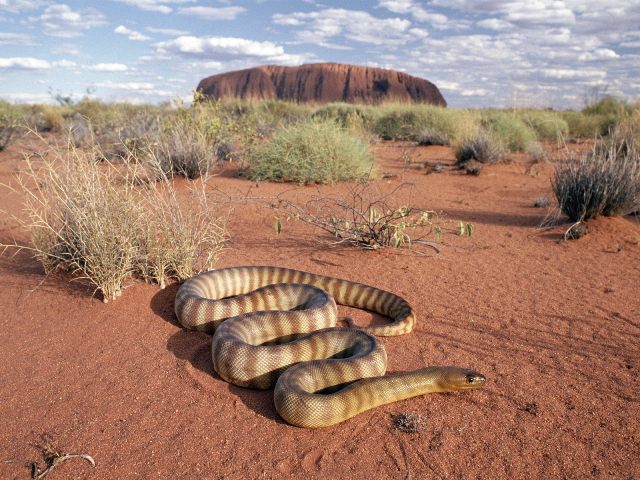 The feces of wombats, Australia’s marsupials, are cube-shaped.

Male koalas in Australia have a bifurcated penis and females have two vaginas and two uteruses. 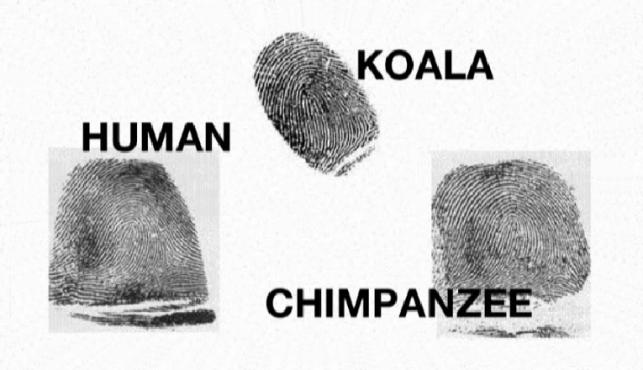 Koalas and humans are the only animals in the world with unique fingerprints. Koala fingerprints are virtually indistinguishable from human fingerprints. 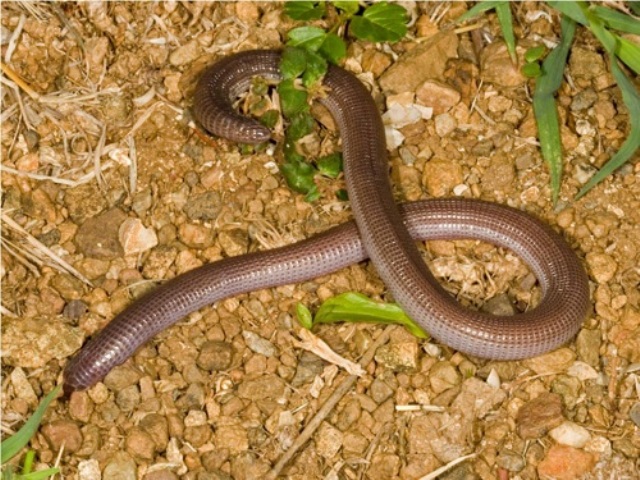 The largest earthworm species on earth, Megascolide australis, reaches a length of 1.2 meters. The coral-legged frog, which lives in Australia, produces a dew-like liquid. A newborn kangaroo is only 1 cm tall. Cubomedulas in Australia have killed more people than poisonous warthogs, crocodiles and sharks combined. 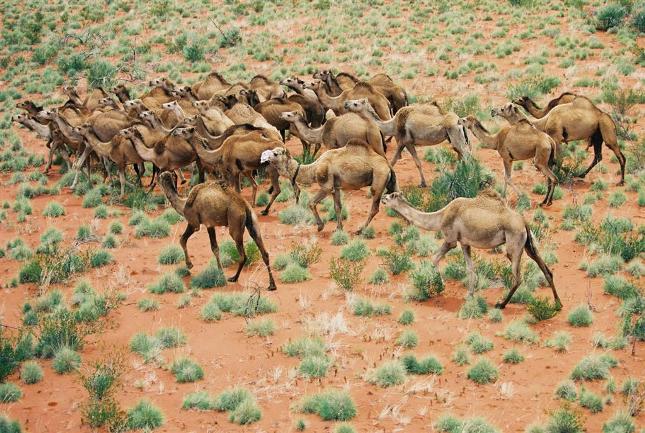 There are more than 750,000 one-humped wild camels roaming the Australian deserts. It is one of the largest herds on Earth. There are more than 1,500 varieties of Australian spiders. There are about 20 million cats living in Australia, killing 75 million small native animals every day. Because of this it was decided to get rid of 2 million cats by 2020. Since 1788, one out of ten mammal species in Australia has disappeared. This figure is the worst on Earth for the entire period. 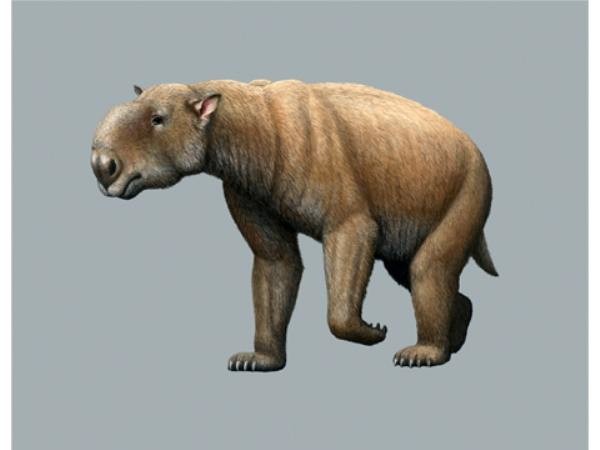 Pictured here is the last member of the Tasmanian wolf, or tilacine, which died in 1936.

About 40,000 years ago, the last large member of the marsupial diprotodon, the largest known marsupial ever to inhabit our planet, became extinct on the continent. It wasn’t the climate that was to blame, but man. 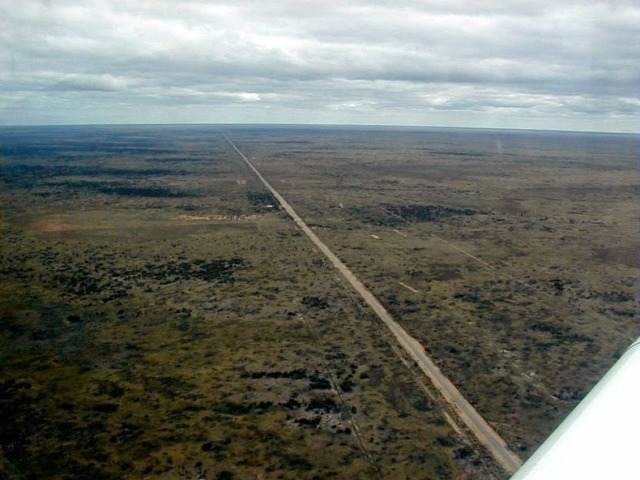 1. The longest straight road in the world, 146 km long, is in the Nullarbor Desert.

2.Tasmania has the cleanest air in the world. 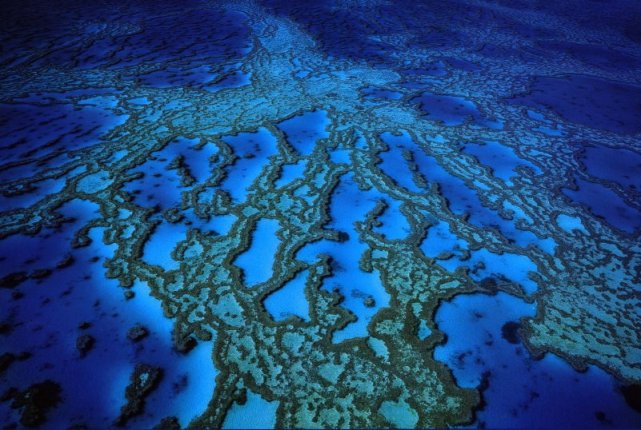 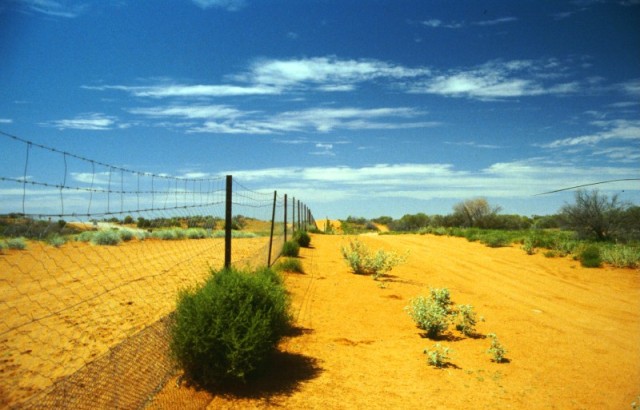 4. The Dingo Fence in Australia is the longest fence in the world.

It is almost twice as long as the Great Wall of China. It is 5,614 kilometers long and was built in the early 20th century to fence off the fertile lands of southeastern Australia and sheep from dingo dogs. It is worth noting that the fence was 8,614 km long until 1980, but it was later shortened. 5. The largest pasture in the world is located in Australia 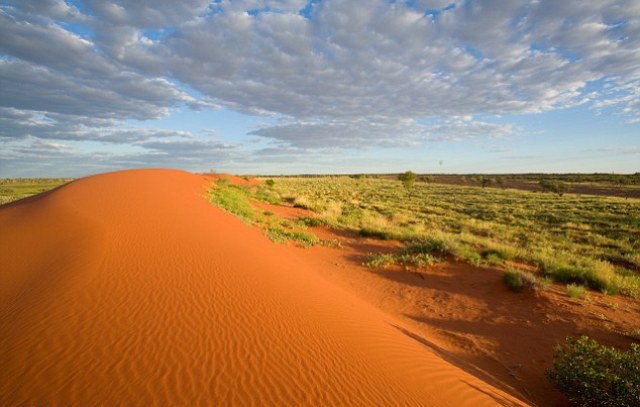 1.Australia has the largest opera house in the world. 2. Most of Australia’s income comes from tourism. 3.Australia is characterized by left-handed traffic. 4.Australia is the third nation to be able to launch a satellite into orbit. 5.The roof of the Australian Opera House weighs 161 tons. 6.Australian scientists from Saber Astronautics Australia together with the Four Pines Brewing Company invented a beer that can be drunk safely in space. 7.The Queen of England is formally the ruler of Australia. 8.The term “selfie” was coined in Australia and was named “word of the year” in 2013. 9.The Christmas vacation in Australia begins in mid-summer. 10.Australia is a country rich in minerals. 11.The capital of Australia is Canberra, not Sydney. 12. 50 million years ago, Australia and Antarctica were one state. 13.The largest streetcar network is in Australia. 14.Lake Hillier is pink in western Australia. 15. Australia is the only nation on earth that feeds on the animals that symbolize this country. 16.Australia has a monument that was erected in honor of the moth. 17. In Australia, the kangaroo population has surpassed the human population. 18.In Australia, artificial vines are stretched over highways to prevent koalas from dying. 19. Australia managed to release 24 varieties of rabbits in 1859. 20.Australia has been trying to control large numbers of rabbits for 150 years. 21.Only Australia is home to the platypus. 22.Australian possums and possums are different animals. 23.Australian sharks never attack first. 24. Australia’s most dangerous animals are crocodiles. 25.Australia has more rabbits than people in the nation of China.