The clear sea, snow-white sand and colorful photos against the backdrop of palm trees and mangroves. This is how brochures describe the fabulous Maldives, the attractions of which are created by nature itself. There are not many historical monuments on the islands, but the inquisitive tourist can always find interesting places and diversify the usual vacation.

It is believed that tourism in the Maldives exclusively beach, and all the entertainment associated with the sea. This is partly a fair view, and tourists are not aimed at hiking in museums and art galleries. All the more pleasant will be their surprise when they find traces of ancient culture on the fabulous islands and hear the legends of pirates, shipwrecks and the rule of the Arabian sultans.

The starting point of all sightseeing programs is Male, the only city and capital of the Republic of Maldives. By our standards, it’s a small town of only 60 thousand people. What to see in the tiny capital of the island state? We offer a brief description of the main attractions: 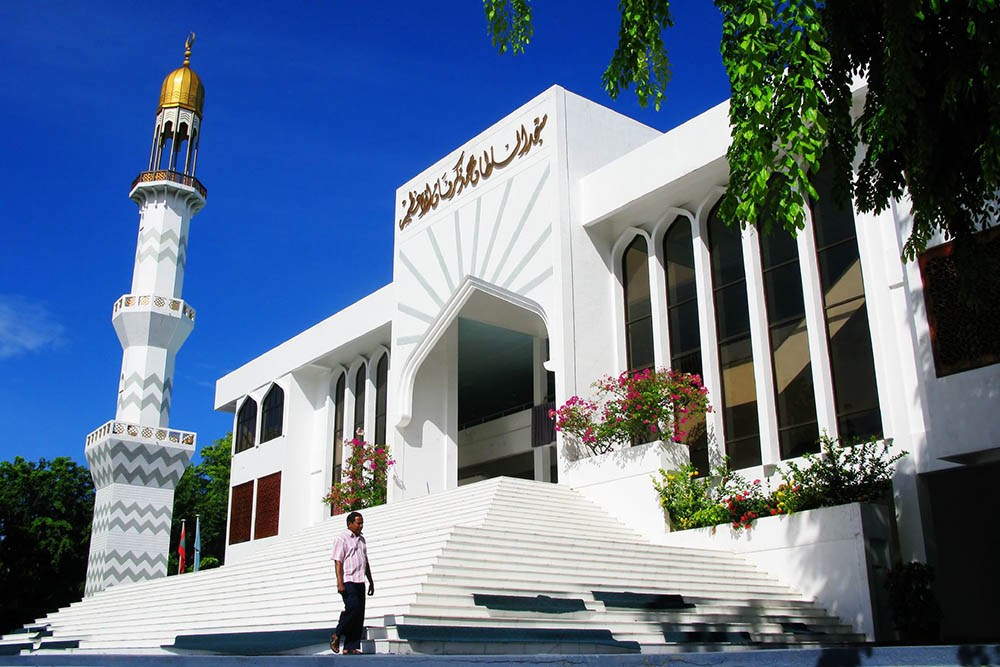 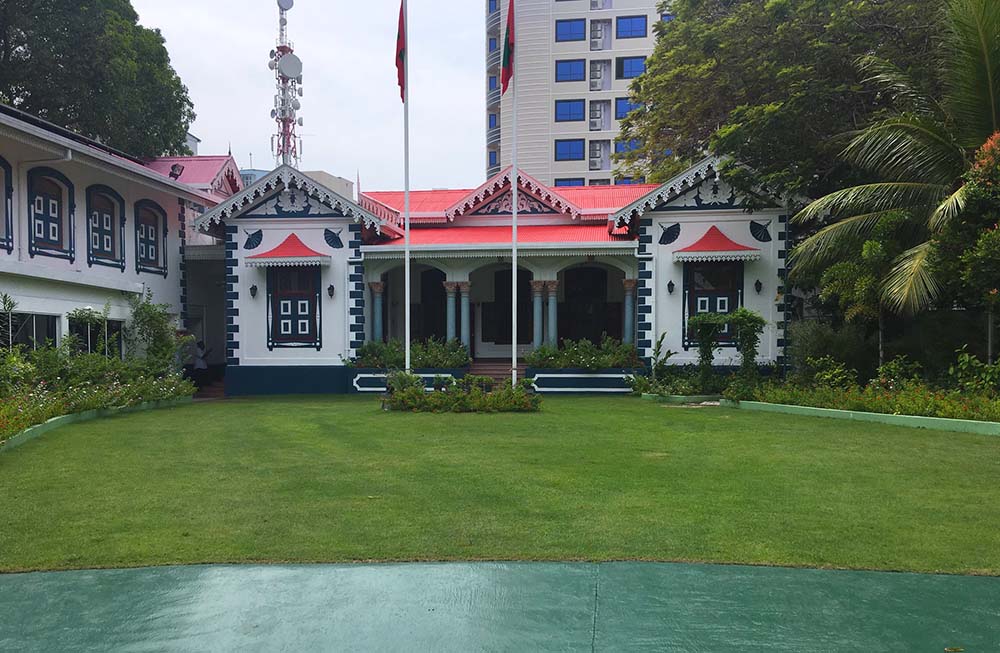 Visiting the cultural monuments, you will get to know the Maldives from a completely unexpected side, immerse yourself in the country’s history and discover a lot of interesting things.

Look for last minute trips on the search engines Onlinetours and Travelata. With the help of these sites you can compare offers from more than 120 tour operators at a time. Read the secrets of finding the best deals on tour packages.

What to do in the Maldives tourists who crave novelty and entertainment? If you get crowded on the island and you do not know what to do, go on an excursion. You will be shown the neighboring islands and fishing villages, take a boat ride, arrange a night fishing. The most active tourists book themed excursions in the Maldives – flying on a seaplane, diving into the depths of the sea in a submarine.

Best articles on the subject

Traveling through the islands, you will be convinced that the main decoration of the country – its nature. The most beautiful places to see: 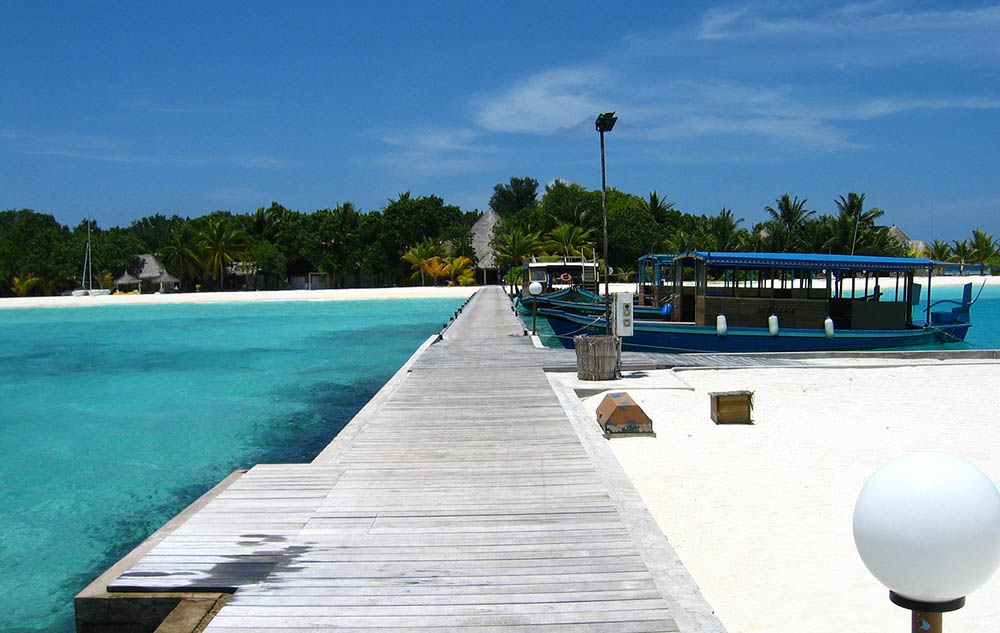 – atoll, about which Thor Heyerdahl wrote the book “The Maldivian Mystery. Along the islands stretches the most beautiful coral reef, which is home to reef sharks, moray eels, napoleons, stingrays. Divers dive into the depths of the sea and swim with sea turtles, surrounded by colorful flocks of fish. Particularly popular is Madivaru reef, where you can watch the amazing flights of giant stingrays, also called mantas or sea devils. Some individual stingrays can be up to 9 meters wide. Enjoy the unique spectacle better from a distance, without making sudden movements. 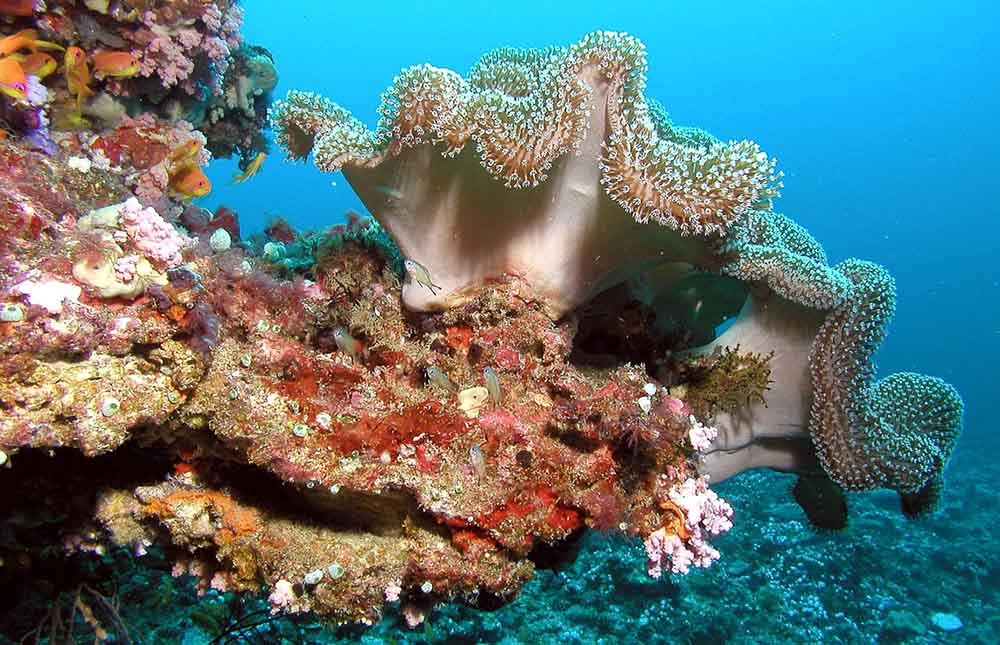 The underwater restaurant Ithaa on Conrad Island in Alif Daal Atoll is worth mentioning. Guests are invited to dine at a depth of 5 meters under a glass dome and panoramic view. The illuminated depths of the sea reveal coral gardens and schools of fish swimming overhead.

The restaurant is considered one of the most beautiful and expensive in the world. No wonder it has taken its rightful place among the Maldivian attractions.

A scattering of picturesque coral islands in the Indian Ocean will long be remembered by everyone who has been to the Maldives – one of the most beautiful places on the planet. There is absolutely everything for a comfortable stay for every taste: beautiful comfortable hotels, a high level of service, a huge choice of entertainment and attractions.

Lovers of active leisure will find a lot of activities to their liking: diving, which is very popular because of the underwater world with unique flora and fauna, windsurfing, catamaran fishing, and much more. Those who prefer a relaxed vacation will be pleased with the peace and quiet that can easily be found on the many secluded sandy beaches.

Top 8 attractions in the Maldives 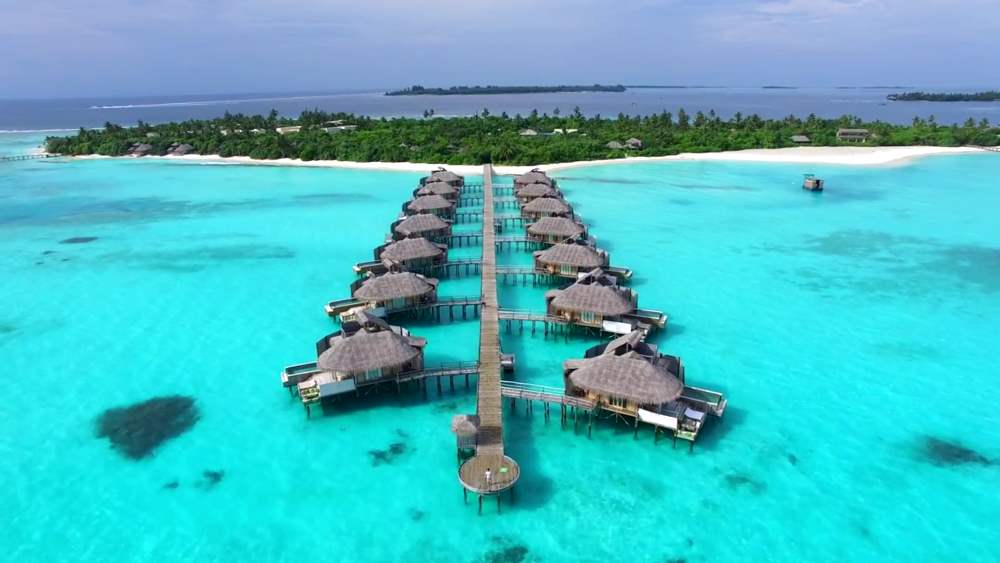 In the Maldives, there are many places that are definitely worth visiting. Many of the attractions of the Maldives are of a natural nature. A kind of brand of the archipelago is a rich world of underwater coral reefs of extraordinary beauty, picturesque atolls with exotic vegetation, blue lagoons.

However, on the islands there are a lot of interesting places for visiting, created by human hands. These are the magnificent palaces, ancient mosques, interesting museums. Much of it is located in the capital city of Maldives, Male’. 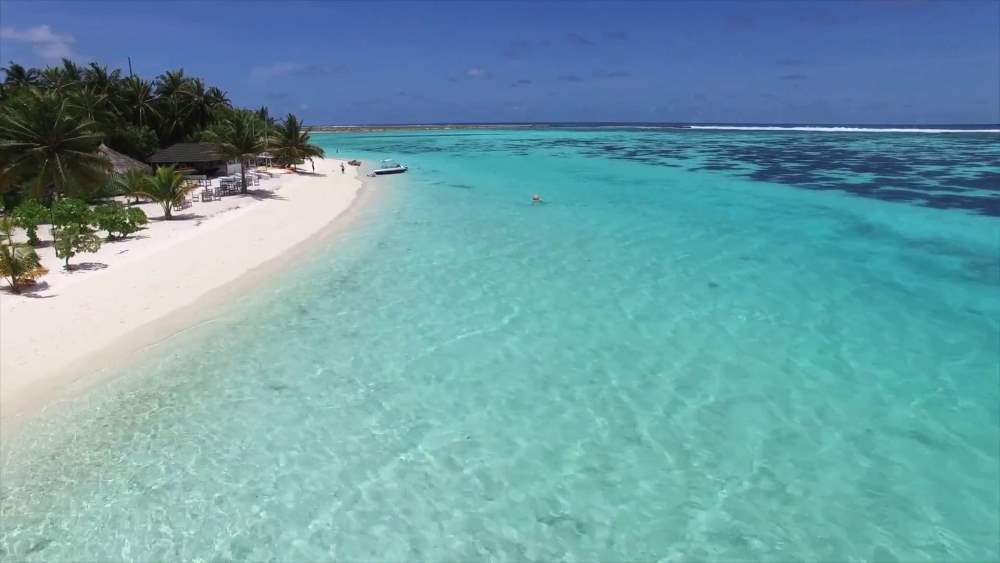 In addition to the many tourists who come to the atoll on tours, this place at one time caused the liveliest interest in the famous traveler Thor Heyerdahl, who conducted here archaeological excavations in search of antiquities and left a vivid description of his impressions in the book “The Maldivian Mystery”. Here you can admire especially wonderful sunrises and sunsets, spend time on the white sandy beach, swim in the clear azure ocean water.

Ari Atoll includes 70 islands, many of which are equipped with sports fields, restaurants, game centers. 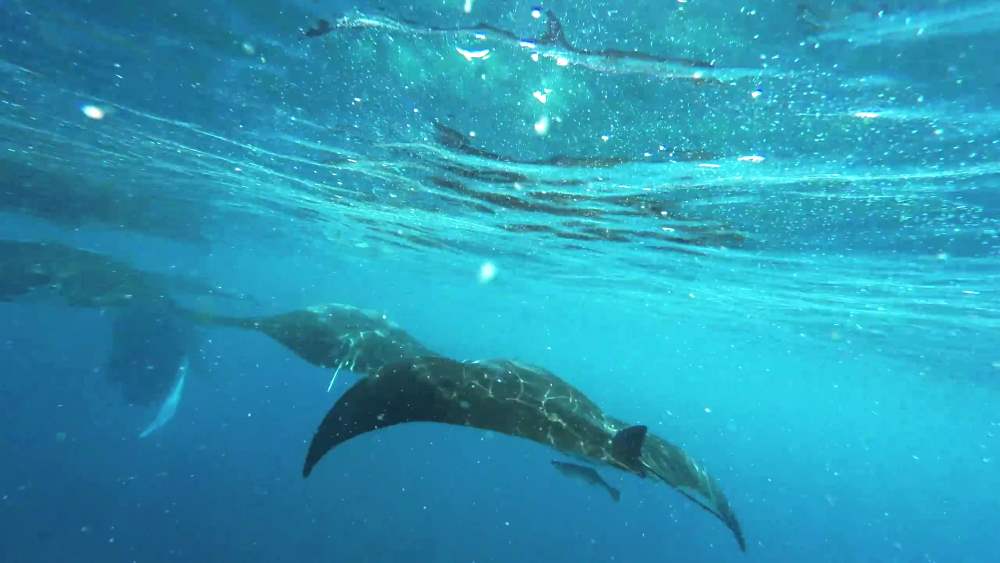 This is a favorite diving spot of divers all over the world. It is here where every year from May to November you can observe an unusual natural phenomenon: the rise of a huge number of plankton on the surface of the ocean. In addition to snorkelers, this event attracts local sea giants: numerous mantas and whale sharks that create funnels with their fins into which plankton is sucked. 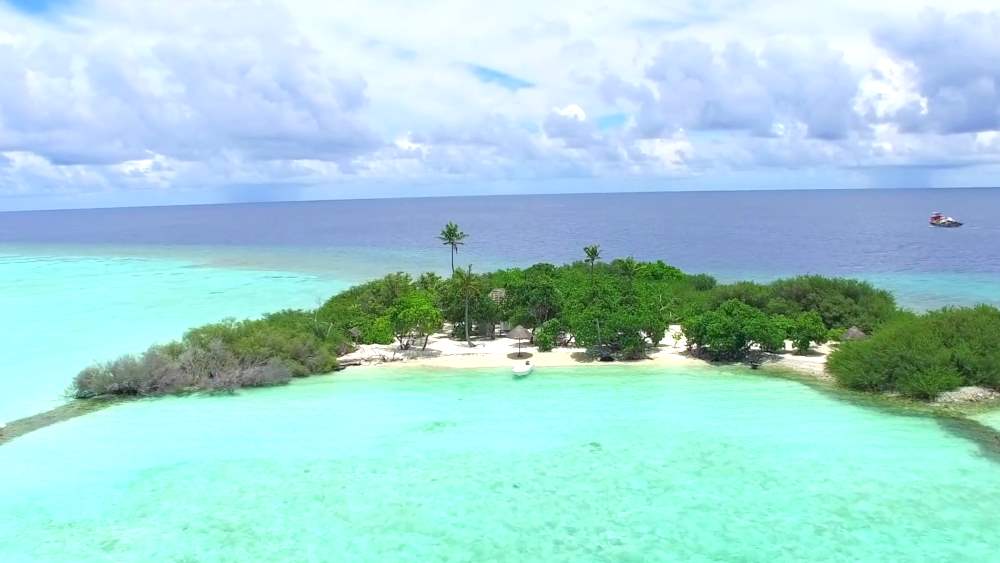 Located in the Ari Atoll, is able to provide an unforgettable experience to the most sophisticated lovers of beautiful spectacles. Giant manta rays with wing-like fins fly in and out of the water from November through April each year. Despite their impressive size, these marine animals are extremely shy, so if you want to enjoy their unforgettable show it is better to watch them from a distance without making any sudden movements. 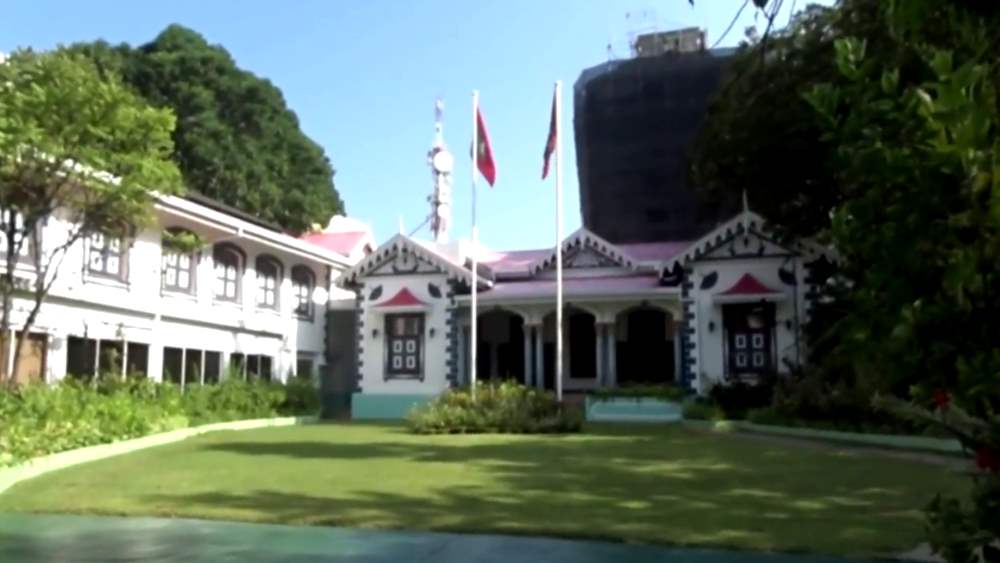 A luxurious building in the colonial style, located in Male, in the middle of a magnificent garden, one of the most popular attractions of the Maldives. It was built in 1913 for the son of Sultan Shamsuddin III, who was never destined to ascend the throne. Today the building houses a historical museum, local government offices, and some of the inner rooms of the palace are used as apartments for the country’s distinguished guests. 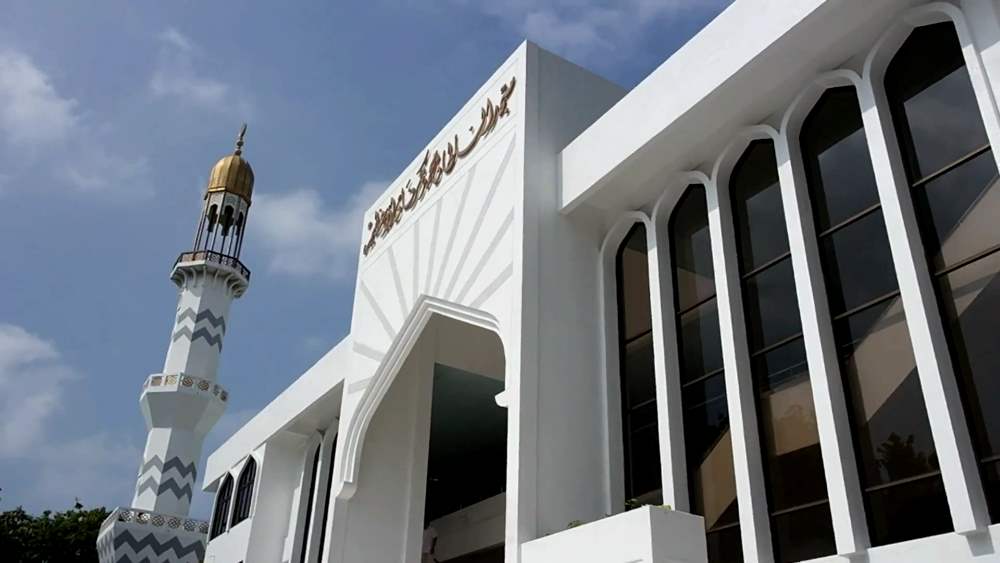 It is also located in the capital, opposite the Muliaghe Palace. The golden dome of this building, opened in 1984, can be seen from the farthest corners of Male’ and is a symbol of the city. The center was built with funds raised from many Muslim countries. It has classrooms, a conference room, and an extensive library of religious literature. 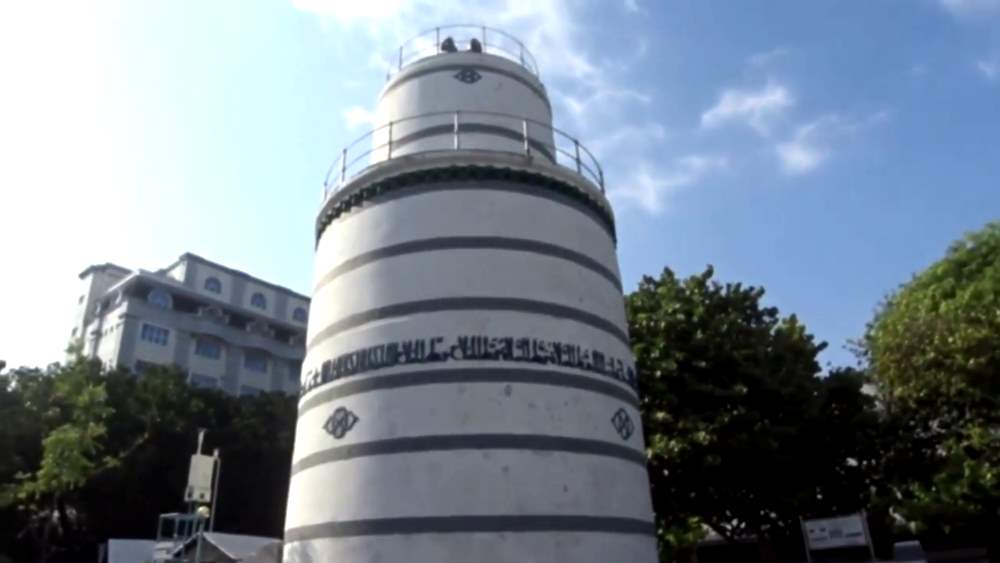 The building, built in the 17th century on the site of a pagan temple, consists of coral blocks painted in exquisite Arabic script. On the inside, the mosque is decorated with intricately patterned carpets and various panels of the finest wood. Next to the mosque is the Sultans Cemetery with mausoleums. Tourists visiting this place must be dressed according to local rules (pants for men, long skirts or dresses for women; hands must also be covered).

National Museum of the Maldives 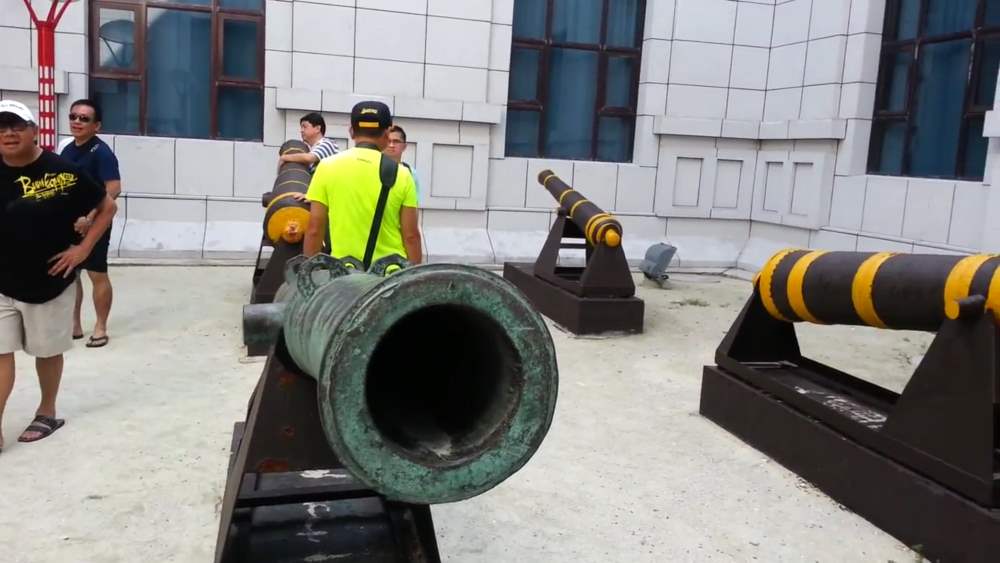 The new building, built to replace the old museum complex that burned down in 1968, is located in Sultan’s Park in Male. The museum’s exposition includes a rich collection of historical exhibits including weapons, household items from different eras, paintings, national clothing, jewelry, coins and other archaeological finds. The later period is represented by gramophones, the first telephones and computers. The attention of visitors is always attracted by the huge skeleton of the Longman’s whale flounder.

Unfortunately, a large part of the collection, particularly the ancient Buddhist coral sculptures, was destroyed a few years ago by extremists who broke into the museum building. 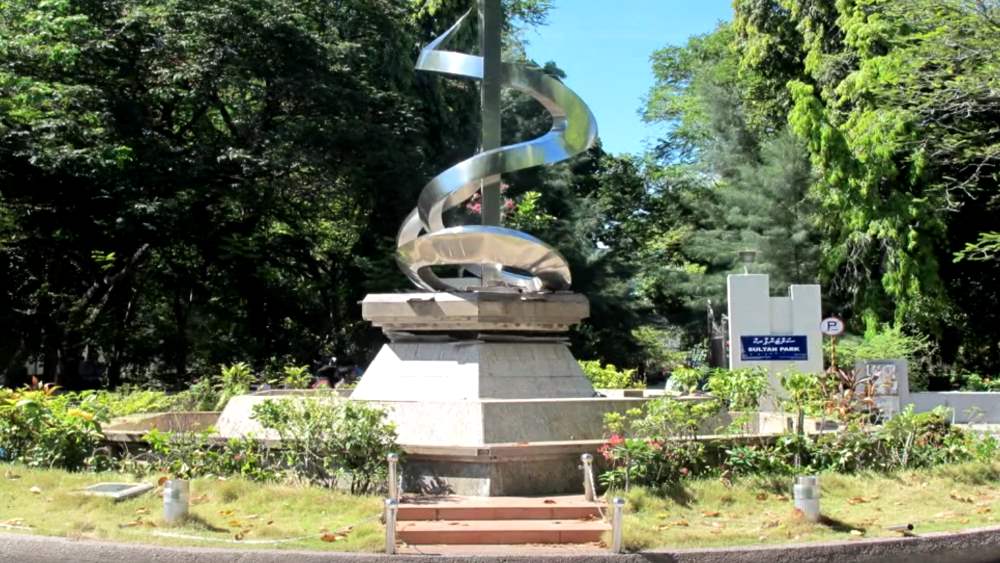 It contains the surviving wing of the ruined royal palace, which long served as the National Museum’s repository. Lush tropical greenery, picturesque ponds, and birdsong create the impression of an oasis in the middle of a bustling city. Here one can take unique pictures of the park and the beautiful panorama of the capital.

Entertainment and excursions in the Maldives

You can even say that your first excursion begins the day you arrive. Don’t sleep on the plane! If you decide to buy a tour to the Maldives for the first time, when you board the plane, take seats by the window to take stunning pictures from the height. It will be your first unforgettable experience of the Maldives.

Tourists visiting the Maldives, are also offered a variety of themed excursions, the most popular among which are “Photo-Flight” – a seaplane flight over the atolls, yacht cruises, diving in a submarine. Trips to local villages with their special atmosphere and leisurely way of life also attract travelers. 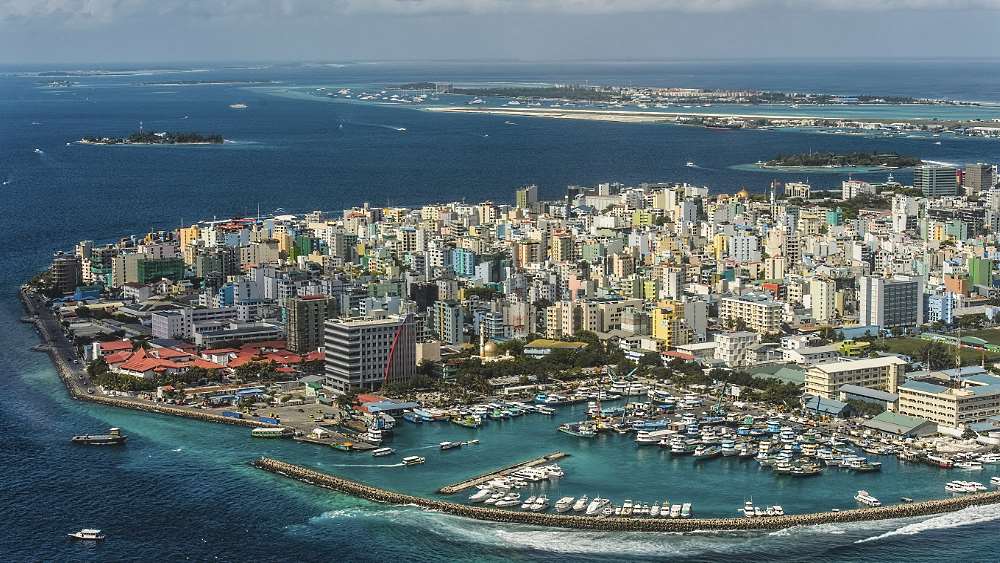 During the first few days of your vacation, you can usually take an excursion out of your hotel to explore the local facilities and terrain. At the same time, you can take a tour of the islands.

The atoll island tour actually only takes one day. You will be shown two islands in the neighborhood, you will see their hotels, a fishing village and some uninhabited island. In total it is four islands.

Prices for such tours range from 35 to 50 dollars.

Fishing in the Maldives 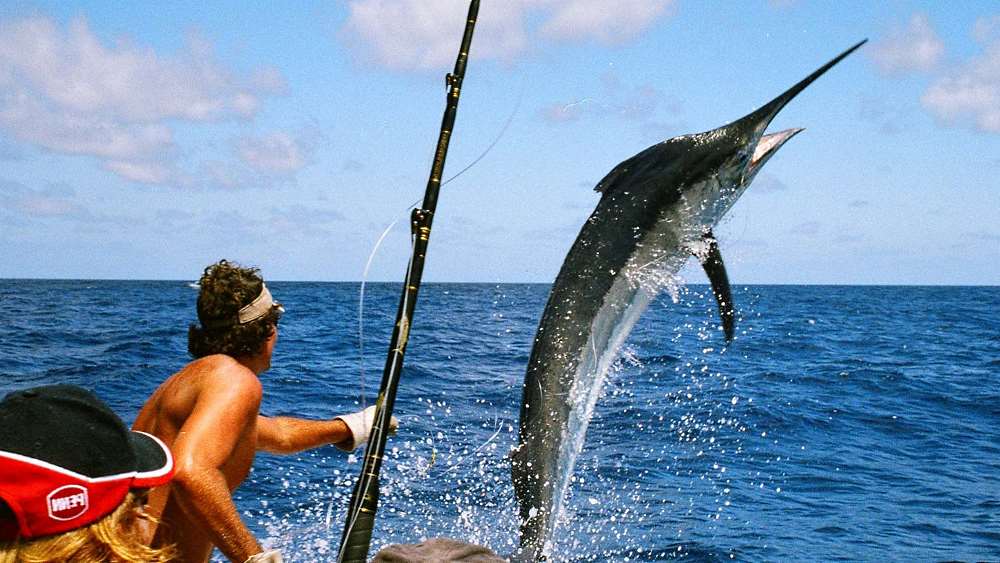 How to spend time on the island? Go fishing, of course! As a means of transport is better to choose “doni” – these are local fishermen’s boats (which, incidentally, are sometimes carried by the newlyweds who come for the wedding in the Maldives). The cost of fishing ranges from 20 – 30 dollars, it includes a barbecue of fish you caught (if you caught it of course). You can go fishing in the morning, afternoon or evening when you feel more comfortable.

Picnic on a desert island 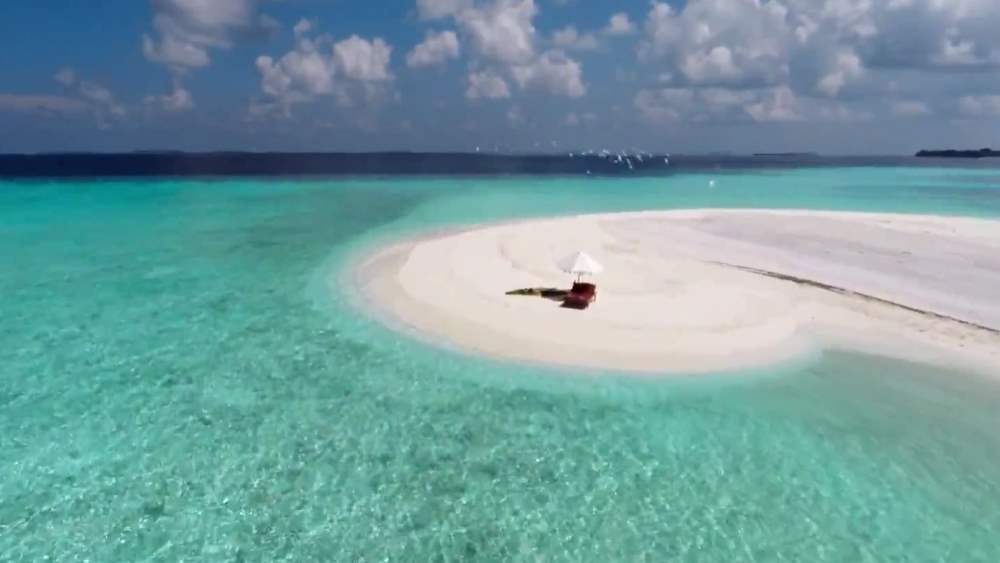 During the tour of the islands you will decide whether you want to be on a desert island again. If yes, you should definitely go there for a picnic. A picnic, by the way, is also often included for weddings. Since the island is uninhabited, it’s a great chance to be alone with your lover or loved one. Picnic prices are about $80 to $130. This price includes a fishing boat ride to the island, lunch or dinner depending on the time of day and water.

The Maldives is a great vacation option for those who want to have an unforgettable experience and spend time in comfort alone with the magical nature.