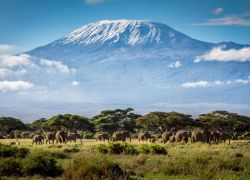 Surrounded by banana and coffee plantations, at the foot of Mount Meru in Tanzania is the city of Arusha. It is considered the third largest city in the country and at the same time the main tourist center.

Arusha is not called the “African Geneva” for nothing. Firstly, the headquarters of many international organizations (African Wildlife Fund, East African Community, International Tribunal for Rwanda) are located here. Secondly, the city itself is multinational – in addition to indigenous Africans, there are Arabs and Indians, Americans and Europeans. There is no less diversity in the religious faiths – Islam, Judaism, Catholicism, Hinduism and other religions coexist in Arusha. Most importantly, they all live together peacefully in this colorful African city.

The weather in Arusha is always good. The air here is dry and mostly cool. The minimum temperature is +13°C, the maximum is +30°C. From June to February, the high season is usually warm, averaging +25 ° C. If you come here in November and December, be prepared for precipitation. From March to May in Tanzania the rainy season lasts.

And in general, tourists arrive in Arusha all year round. The best time to visit this area depends on the purpose of your trip. To visit Mount Meru, people go to Arusha from June to February. If you want to admire the “roof of Africa” – the majestic Mount Kilimanjaro – come here between December and February. And tourists who visit Arusha in May, have the opportunity to see the annual migration of cloven-hoofed animals – zebras and antelopes. 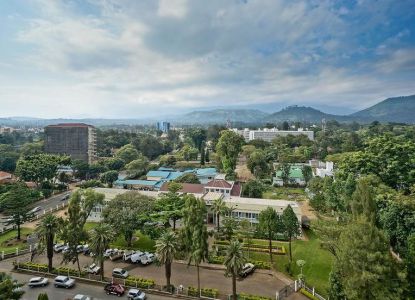 Entertainment and attractions in Arusha

Safari is probably the most popular attraction in Tanzania. And the town of Arusha is considered the starting point from which you can get to any park or reserve nearby (Tarangire, Serengeti or Lake Manyara Parks). And just 30 km from the city there is a small park, which is also called Arusha. There are all kinds of safaris imaginable: morning, day and night safaris, horse and camel safaris, hot air balloon and mountain bike safaris, eco-safaris, etc. In addition, among the popular tourist routes originating in Arusha are trips to the Ngorongoro Crater, expeditions to Kilimanjaro, visits to the Messerani Snake Park, Arab Fort, and the Spice Island.

In addition to the natural attractions of the city, its cultural heritage is very interesting. Museum of Natural Evolution, Arusha Declaration Museum, part of the National Museum of Tanzania, Tanzanite Museum will be a good pastime for history buffs. A trip to one of the neighboring villages of Arusha, where the Meru and Maasai tribes live, will also be fascinating. This allows you to see firsthand the African way of life and learn more about the local Aborigines. Lovers of nightlife will also enjoy Arusha. Visit the popular nightclubs Colobus Club, Velocity, and Blue Triple ‘A’.

Hotels and Restaurants in Arusha

In Arusha you can find establishments with both traditional European menu and classic Tanzanian cuisine (unsweetened bananas, goat meat, papaya vodka). Among the expensive restaurants we should mention Onsea House and Redds, for a bite in the city center suit local cafes Café Bamboo and Jambo Coffee House, located on Boma Road. The Italian restaurant Albero`s and the Stiggy`s Thai Restaurant have an excellent reputation.

Lodging in Arusha can be found, as they say, for all tastes and wallets. Popular hotels are The Arusha Hotel, Onsea, Karama Lodge, Ngurdoto Lodge. The first two are located in the center of Arusha, and the second pair (as well as many other good institutions) are located outside the city, in the direction of the international airport of Kilimanjaro. This option is preferable because of the beautiful view of the volcano. It should also be noted that the prices for accommodation in the same hotels vary markedly depending on the season (high, low and so-called “green” – rainy season).

Since Arusha – a real Tanzanian center of tourist pilgrimage, shopping here is quite interesting. The warmth of the vendors and the huge range of souvenirs and handicrafts make the stores and markets of Arusha very lively. Here you can buy ebony masks, paintings in the Tingatinga style, traditional Maasai blankets, Tanzanian coffee and tea, tanzanite jewelry, national Kanga clothing or ordinary T-shirts with writing in Swahili.

Shopping can be done either in the stores located in the area between India Road and the Clock Tower or in the Central Market, between Sokoine and Somali Streets. Inexpensive trinkets can be bought at roadside stalls outside the city, and quality souvenir products from manufacturers – in the workshop of Antique Makonde Carvers, which specializes in woodcarving.

Experienced tourists recommend obligatory haggling with sellers to bring down the price for the goods you like. You’ll have to pay for your purchases in cash – ATMs are rare in Arusha. It’s better to spend a whole day for shopping in order to have a calm walk in the stores and markets, to look closely at the goods, to compare prices.

How to get to Arusha in Tanzania?

You can get to Arusha by plane or by train. There are two airports (a small one in Arusha itself and a large international one 45 minutes from the city). In addition, there are rail connections to Dar es Salaam, Tanga (Tanzania) and Mombasa (Kenya).

The best way to get around Arusha is by cab, which can be hired on any street, especially in the city center (Boma, India, Makongoro, Joel Maeda streets). A trip around the city will cost you inexpensive, 1-2.5 dollars. If you want you can rent a car: a car rental company is located in the western part of the city.