Locals say an ancient deity lives there: perfectly round lake with a floating island excites scientists

Mysterious object, found in the swamps of Argentina, initially found on Google Maps and taken for an artifact that appeared due to incorrectly scanned location, but later it turned out that this is not true, and the island actually exists. 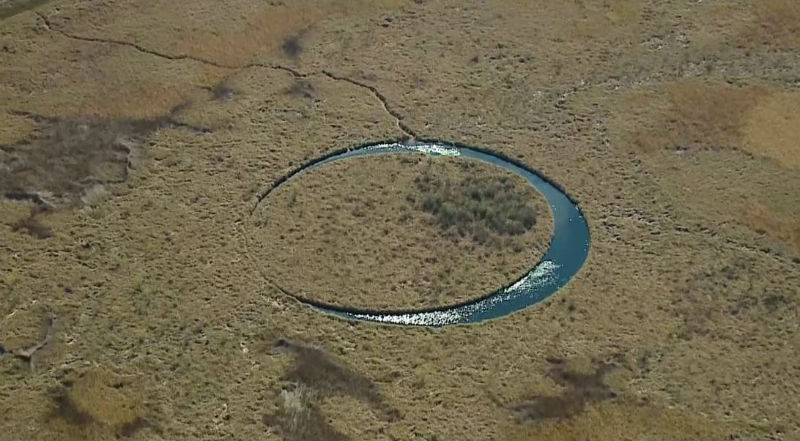 A huge floating island is located in the lake and occupies 4/5 of the surface of the reservoir. The lake has perfectly flat shores, which form a well-defined circle. The island has the same perfectly round shape as the lake, and constantly moves within the shores, which makes the water in the lake look like a crescent.

The find belongs to Richard Petroni, an American hydraulic engineer. He immediately contacted his colleagues Sergio Nespilerm and Pablo Martinez, who were also interested in the find, after which all three went on an expedition to discover the mysterious place. 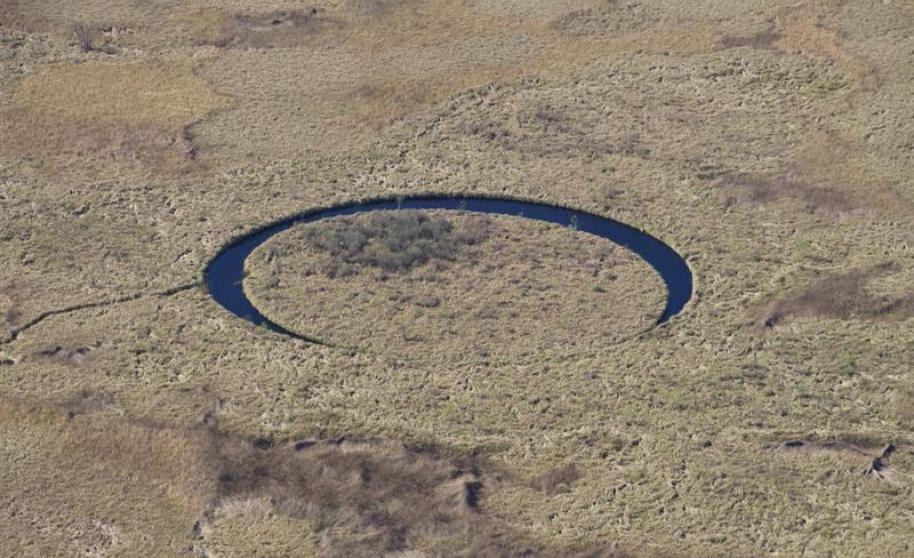 The island itself is located in Argentina, in the delta of the marshy Paraná River. Richard and his colleagues couldn’t reach the island the first time, because the terrain was too swampy. The second trip by helicopter was successful, and the scientists were finally able to see the unusual place.

The island was named Eye, its diameter was 118 meters, and it was located on a slightly larger water surface. As it turned out, the locals know about the existence of the island for a long time, but they do not risk to approach it, because they believe that an ancient deity lives there.

After studying the archives of Google Maps, Richard Petroni has concluded that the island existed in 2003, when the service was launched. And the satellite images at different periods of time show that the island rotates around its axis and changes its position. At the moment, Richard is assembling a third, this time ground-based expedition to explore the Eye, armed with special geological equipment. In addition, a team of geologists and accepts donations: for 5 thousand dollars you will be the first to learn the latest details about the island, and for 10 will be able to go to Argentina and personally explore the mysterious place.

READ
The 16 best things to do with your family in London, UK

By the way, ufologists believe that research is not necessary. They are already sure without them that the island is the hatch cover of a spaceship or the entrance to a secret underwater alien base. 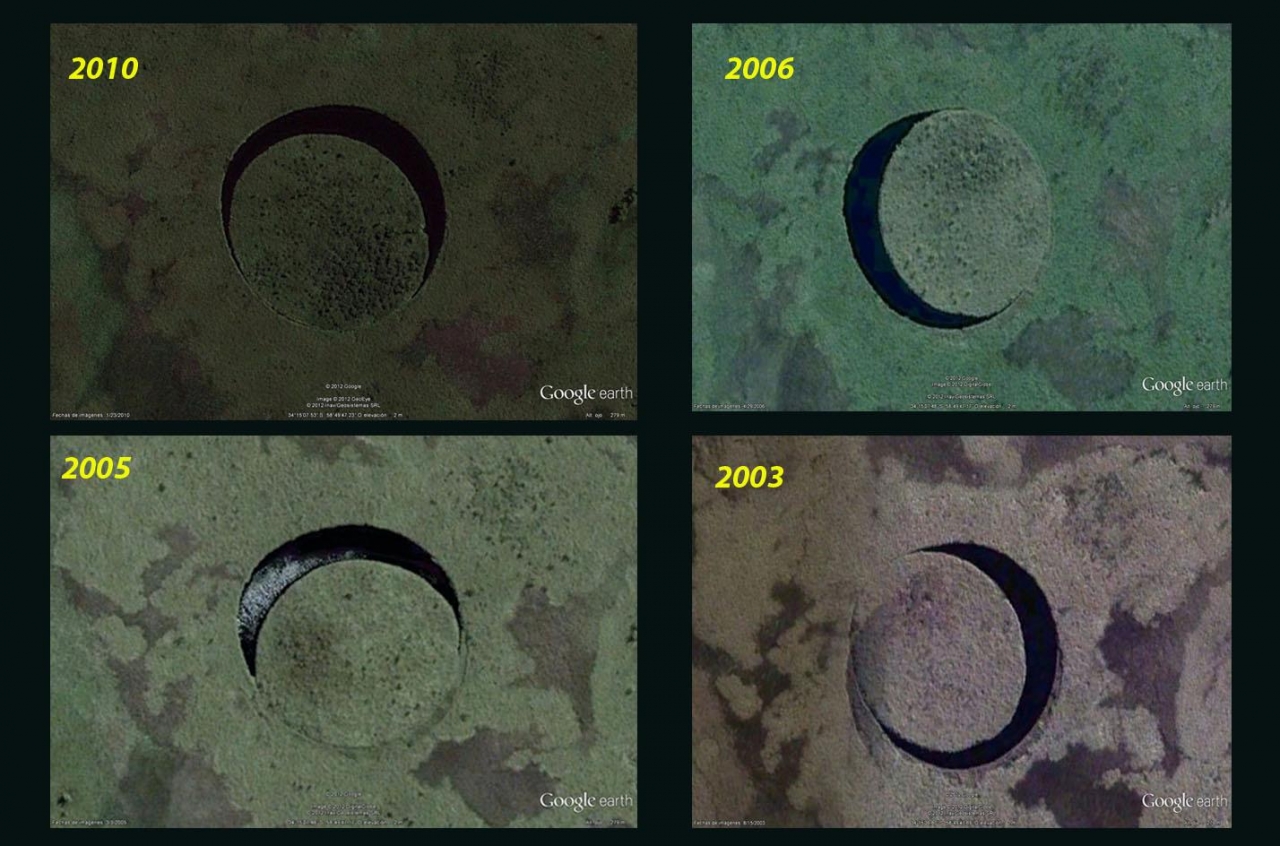 “We found that the water is incredibly clear and cold, which is very unusual for this area. The bottom is solid, unlike the surrounding swamps. The island in the middle of the lake is moving. We don’t know why, but it floats,” reported the crew director.

To solve all the mysteries of the lake, the team decided to return here as part of a scientific expedition with geologists, biologists, ufologists, scuba divers, drones and other equipment to analyze water, soil and plants. In addition, the team plans to make a film based on supernatural stories told by locals about the place. 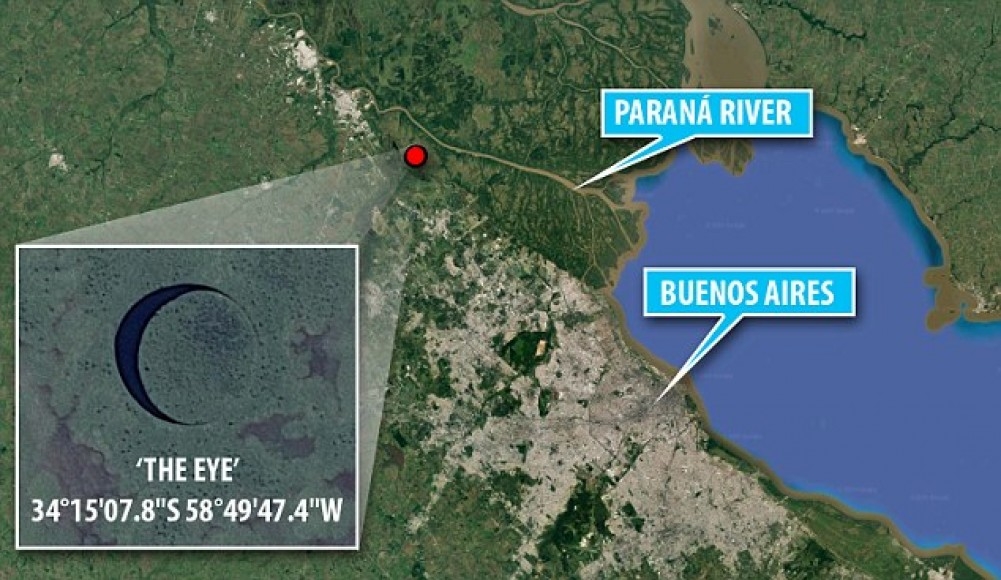 The history of mankind is more than one millennium old, but scientists still do not know the answers to many questions. The artifacts found during archaeological excavations make specialists lose their minds, which only makes the search for the truth more interesting.

It seems, at least in appearance, that the round Argentinean island is akin to those that appear in winter on the water from the ice. Round ice islands are also a mysterious phenomenon, but more common. The Internet is full of photos of this phenomenon.

Diameter of ice circles also can be quite large. And they also rotate. And they form, as a rule, on rivers. It is possible that the ice circles are the traces of “flying saucers”, as the mechanism of their appearance scientists have not yet clarified. There are only hypotheses that in winter the islands form ring-shaped currents – whirlpools, which are twisted by the current. 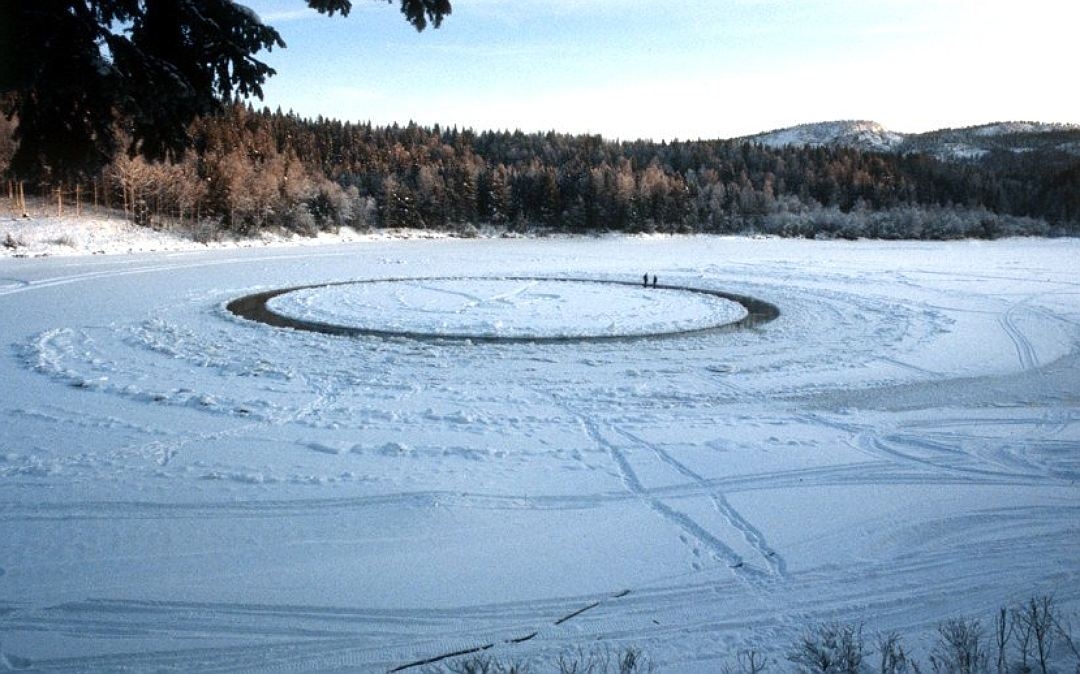 The Argentinean Eye is located on a swamp, but in the river delta. What if it, too, was formed by some current hidden in the depths?

READ
Guatemala - a desirable vacation for everyone

Who knows, maybe both the icy round islands and the Eye were formed due to more mysterious forces – those that form circles of fallen crops. They are also called English circles. 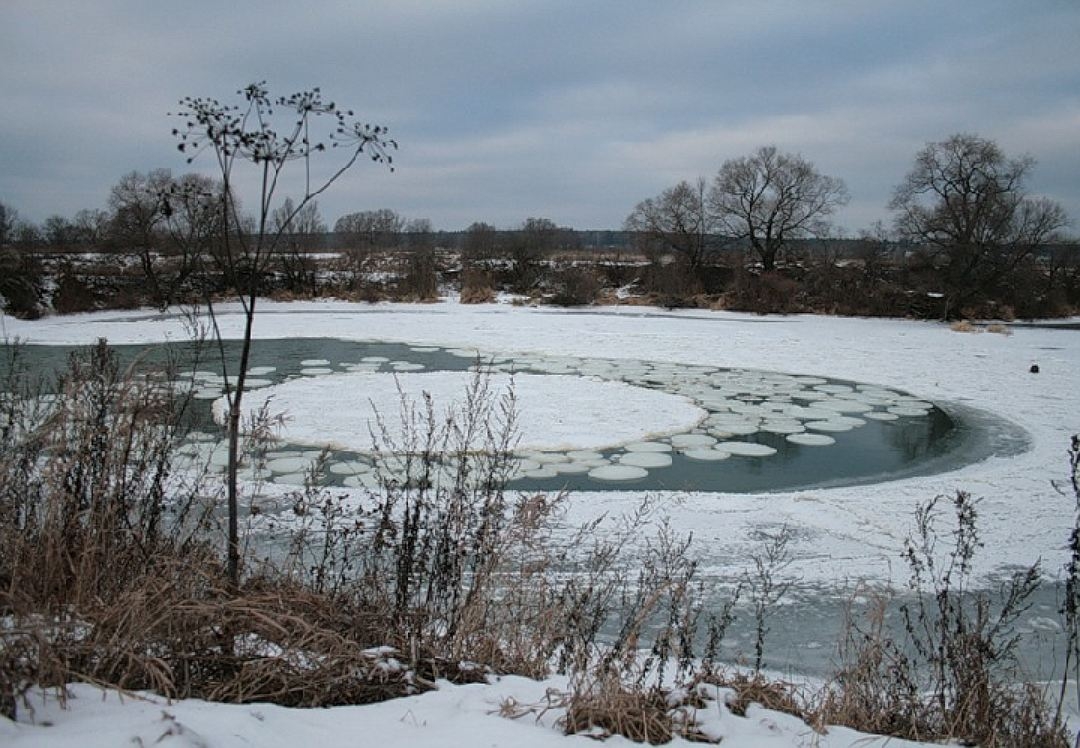 It is hoped that the next expedition to the mysterious island in Argentina will make it clear.

A perfectly round rotating island discovered in the swamps of Argentina 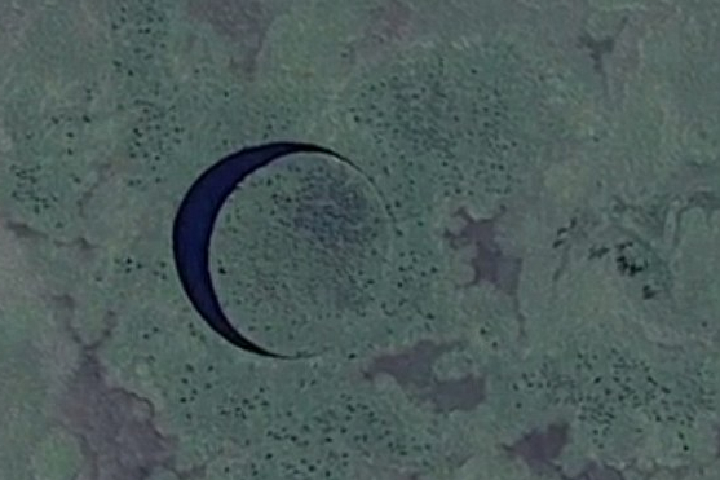 Mysterious round island can be seen on Google Maps. It is located in Argentina – in the swampy delta of the Paraná River, which flows near Buenos Aires. The island’s coordinates are 34°15’07.8’S 58°49’47.4 “W – anyone can find it. As one Richard Petroni, a hydraulic engineer from New York, recently found. He contacted local documentary filmmakers, Sergio Neuspillerm and Pablo Martinez, with whom he went in search of the mysterious island. They did not manage to find the way to it the first time – they got lost, exhausted and returned. But the next expedition was successful. 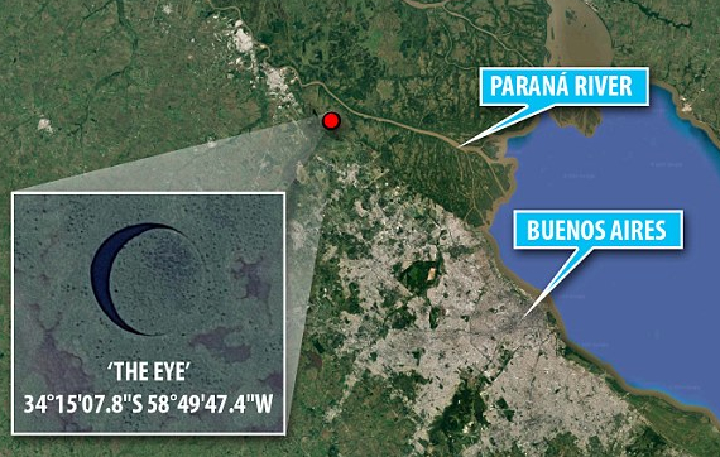 The enthusiasts, who called the island “The Eye”, assure that it is absolutely round. It is located in an equally round “hollow” of a slightly larger diameter. Floats in it and at the same time rotates. The water around the island is clear and cold – much colder than the rest of the swamp. The diameter of the inner circle is 119 meters. Local residents know about the mysterious island, but do not risk approaching it. They say that a god lives there. But they have no idea when the “dwelling” appeared. 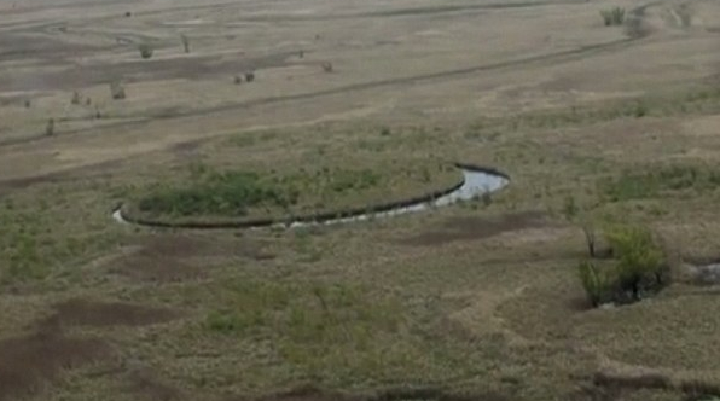 Petroni and his team looked at the Google Maps archives – in 2003 the island was already there.

The enthusiasts plan to explore the “Eye” in more detail, armed with scientific equipment. They want to understand what it is, when and how it formed. Now they are collecting money for the next expedition. They promise: the one, who donates 5 thousand dollars, will be one of the first to learn the results. And for 10 thousand dollars it will be possible to take part in expedition.

READ
The sights of Turin, Italy.

Ufologists without detailed study is clear: the island – a cover, under it – a “flying saucer” or an underwater entrance to the base of aliens, who, according to witnesses, and then again flying over Argentina. 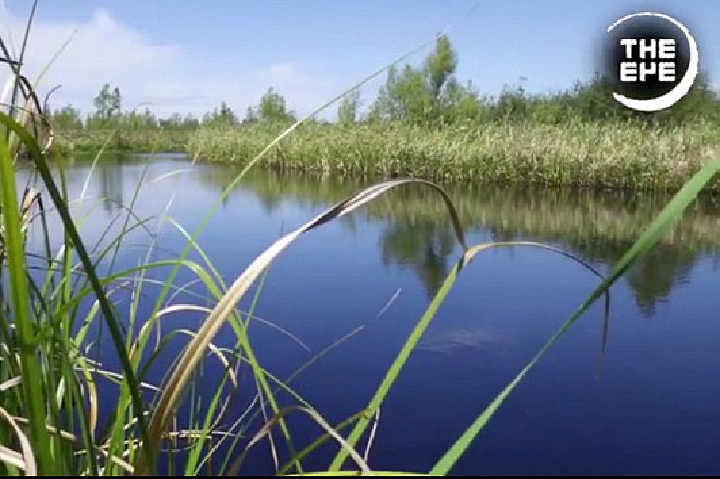 Where it is cold, round islands of ice form

It appears, at least outwardly, that round Argentine islands are akin to those that appear in winter on the water from the ice.

Round ice islands are a mysterious phenomenon, but more common. The Internet is full of photos of this phenomenon. 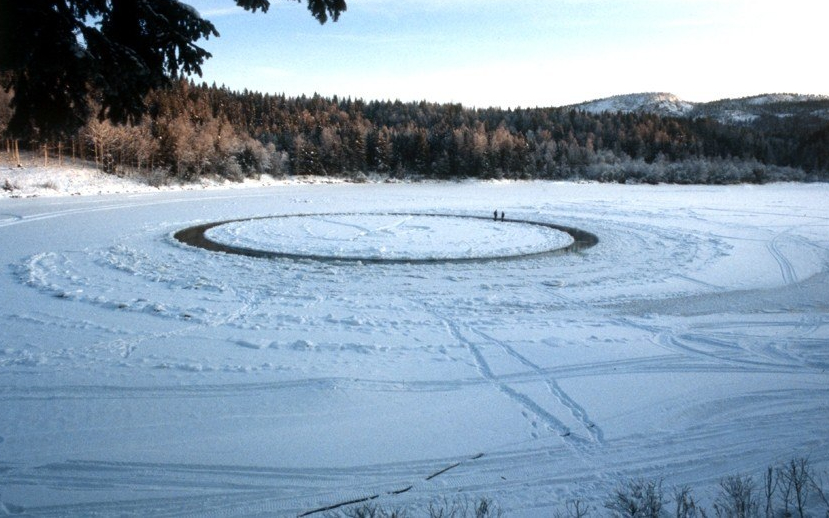 Ice circles can be quite large in diameter, too. And they rotate, too. And, as a rule, they are formed on rivers. It is possible that the ice circles are traces of “flying saucers” – because the mechanism of their appearance scientists have not yet clarified. There is only hypothesis that in winter, the islands form ring-like currents – whirlpools, which are twisted by the current.

The Argentinean “Eye” is located on a swamp, but in the river delta. Could it also have been formed by some current hidden in the depths?

Who knows, maybe both the icy round islands and the “Eye” appeared due to more mysterious forces – those that form circles of fallen crops. They are also called English circles.

It is hoped that the next expedition to the mysterious island in Argentina, will make it possible to understand.

A perfectly round rotating island discovered in the swamps of Argentina