Svalbard Archipelago – this is the northernmost tip of Europe, which is a cluster of small islands in the Arctic Ocean. They are mostly part of the Kingdom of Norway, with the exception of Svenskøya Island, which belongs to Sweden. There is also a settlement on West Spitsbergen called Barentsburg and two mothballed settlements, Grumant and Pyramid, which belong to Russia.

The archipelago includes three major islands: Northeast Land, West Svalbard, and Edge. In addition to these, there are several smaller ones: Prince Charles Land, Wilhelm Island, Barents Island, the islands of White, Svenskøya, Bear Island and other even smaller ones. The administrative center is the city of Longyear. Svalbard is the Norwegian name of the archipelago, which translates as “cold land.

Here the traveler can admire the mountain peaks, endless snow-covered expanses and polar animals. The sphere of tourism on the islands is very well developed, so guests can easily choose something to their liking.

It is believed that Spitsbergen was discovered by the Vikings around the XII century, and from the XVII century mentioned Pomors under the name Grumant. At the end of the XVI century, the Dutchman Willem Barents “officially” discovered the islands, documenting their location and descriptions. He named the main one Spitsbergen, which means “pointed mountains. Here were found large colonies of whales, as well as walruses, which served as the beginning of their commercial extermination.

Already in the XVIII century there were almost completely destroyed animals, and interest in the islands has waned. However, in the 19th century, in the archipelago activity boiled up again – the rapid development of Arctic tourism, as well as polar research. Islands served as an excellent base for the most famous polar explorers from around the world. And after a while were even discovered deposits of coal. Later they were actively developed by European countries and Russia.

READ
10 facts about New York that will surprise you

Today Spitsbergen is almost entirely a protected area, which made it possible to largely restore the flora and fauna of the islands. This is why, by the way, you should be extremely careful when leaving populated areas – polar bear attacks are not uncommon.

Beware of bears! – sign applies to the whole of Spitsbergen.

There has never been a native population here, with the beginning of commercial activities settled hunters, fishermen and miners. Today the islands are home to many people from more than 40 nationalities.

In the winter, you can go skiing, master some of the slopes, ride a dog sled, participate in snowmobile safaris. In summer, the mountain walks can be perfectly combined with recreation on the water: boat cruises, kayaking. Also in the summer tourists go for a drive on the dog sled, visit tours to bird bazaars or rookeries of walruses. Visits to old mines, ice caves, glaciers, and local fjords are popular.

From March to August, there is a polar day here. It is during this period that it is worth going to Svalbard. It is very dangerous to wander here during the polar night. Because of severe climatic conditions tourists are not allowed out of settlements without proper equipment, insurance, a signal gun and a radio or satellite phone.

All tourist movements are strictly controlled by the Norwegian authorities. In addition, a permit is required to leave the settlement, but it is not difficult.

The hotel industry and tourism business in general is quite developed here. The only nuance – all very expensive. So, for one night in the hotel travelers have to pay up to 120 dollars. However, this does not stop tourists who want to experience all the charms of the polar winter.

Travel to Spitsbergen is mainly organized by Norway and Russia. Most travelers, including Russian travelers, fly via Oslo to Longyear with a connection in Tromsø. However, there are also direct routes, which are relevant in the summer. You can find them by examining the flight schedules of airlines SAS and Norwegian.

Be prepared for the fact that in the spring and fall you will have to drive a snowmobile to get around on local roads. And in the summer, paddling, motorboat and kayak skills will come in handy. 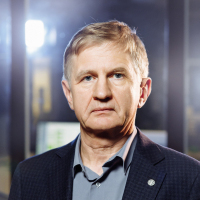 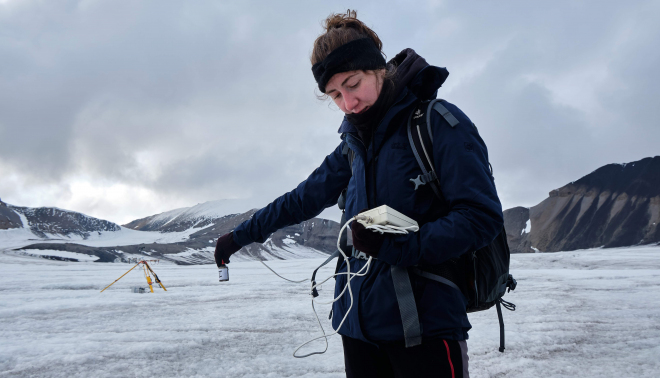 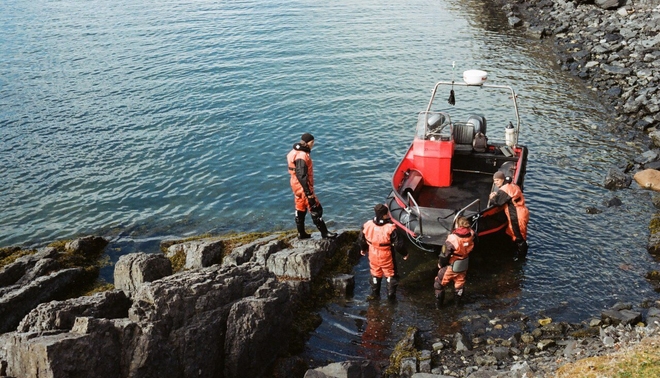 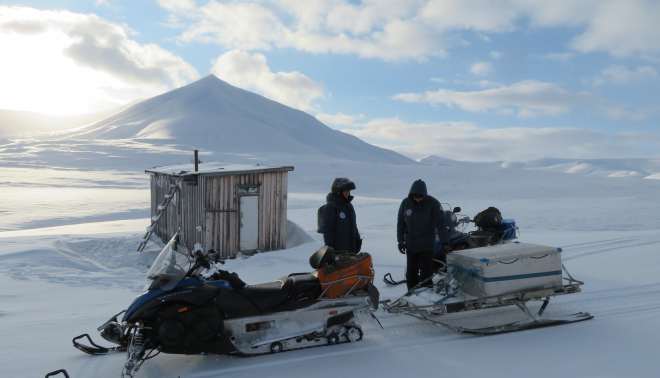 READ
11 things to see and do in Chelpancingo. Mexico

The work on Spitsbergen is carried out by the wintering [year-round] RAE-SH team [10-12 people] and participants of the annually organized seasonal expedition [up to 40 people].

The wintering RAE-SH team performs a set of regular observations of aerosol content, their physical and chemical characteristics in the surface air, processes of heat and energy exchange between the underlying surface and the atmosphere, monitoring of gas impurities content using two atmospheric air quality monitoring stations, reception, processing and transfer of satellite hydrometeorological information to the AARI and continuous geophysical observations.

The permafrost condition parameters are monitored at the cryosphere polygon: the depth of the seasonally thawed layer at the site, organized according to the standard of the International Circumpolar Active Layer Monitoring Program [CALM], and temperature in specially equipped thermometric wells, which allows to estimate the rate of permafrost degradation on Spitsbergen.

Seasonal fieldwork on West Spitsbergen Island is carried out annually from March to October. They include monitoring of onshore water bodies and their hydrological cycle, study of water balance elements of river catchments in the Grönfjord Bay basin, monitoring of water condition and dynamics of inland sea water areas. On Spitsbergen glaciers observations of mass balance and movement of glaciers, study of their internal structure, microclimatic features and thermal balance of the surface, the influence of pollution on the rate of their evolution are carried out. Unique studies of bulgunnyakhs [frost bumps – a special form of permafrost relief] are conducted in the valleys of the Gren and Hollendar rivers by drilling, GPR sounding, electrical prospecting, chemical analysis of soil and ice. The formation and development of the Bulgunnyakh is directly connected with the sea level fluctuations in the archipelago and is of great scientific interest.

The paleogeographic direction is being developed, the aim of which is the reconstruction of landscapes and climate of the last millennia.

The chemical-analytical laboratory of the RAE-SH is equipped with the most modern equipment and its capabilities are used by scientists of various specializations. Samples and samples of snow, water, air, soil, frozen ground, bottom sediments, plants and various marine organisms are analyzed to assess their mineral and organic content, to determine the level of contamination by hazardous substances. The accumulation of heavy metals and mercury in marine organisms of the fjord ecosystem, the chemical composition of cryoconites are being studied, pioneering work on determining the content of perfluorinated acids in various media is underway. Colleagues from NWF NGO Typhoon use the laboratory to analyze the content of various pollutants in the natural environment of the archipelago as part of ongoing environmental monitoring. In 2017-19, the laboratory became the base for an annual week-long practical course for students at the University Center on Svalbard [Norway]. 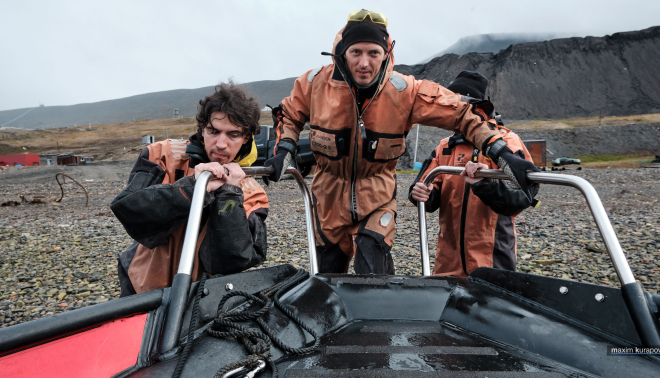 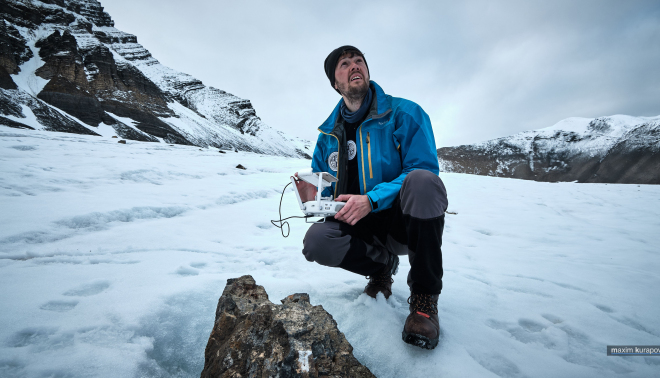 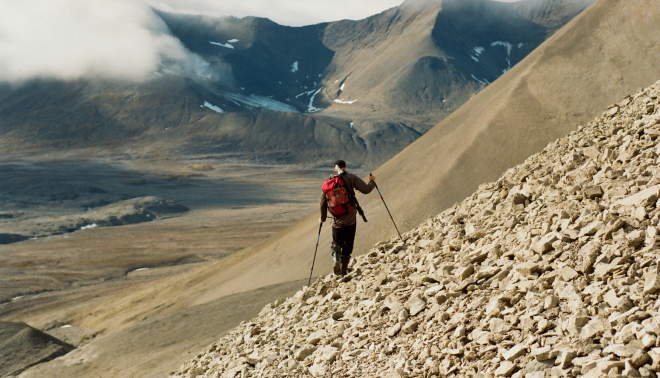 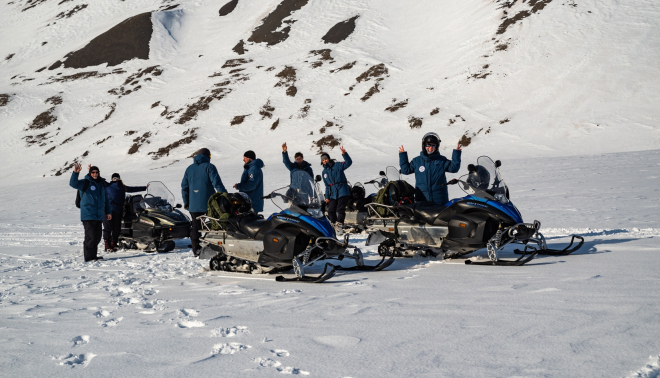 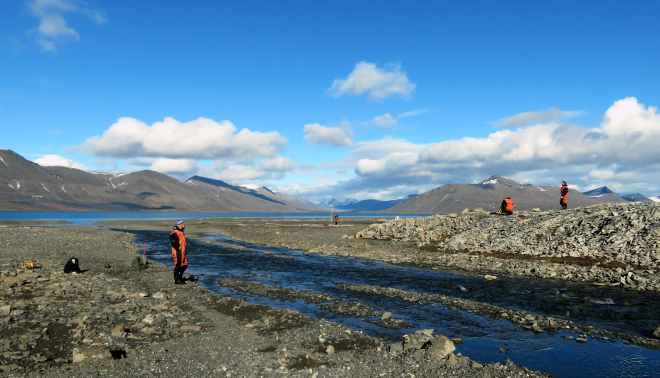