Anchorage, USA – a city in the heart of Alaska

The city of Anchorage, with a population of about 300,000, has become the largest city in Alaska. Thus, although it cannot offer any historical monuments or rich history, it is quite popular among tourists. This is due to its location in the middle of the Alaskan wilderness and the fact that it is often the site of many sporting events and festivals.

How Tent City Became a City

Eskimos and Athabaskan Indians were the original inhabitants of the area where Anchorage is located today. The first Russian explorers came here in the 18th century to trade with these people, mainly for copper, iron, fish, and furs. In 1778, Captain Cook landed on the coast of the territory, between the Atlantic and Pacific Oceans.

At that time, Russian traders had already settled in the area, most of them already living around Lake Eklutna, about 30 km from today’s Anchorage . In 1912, a decision was made to build a railroad line connecting the area with Seward to make the coal fields inland accessible. Thus, the tent city originally became a settlement, and its population grew. 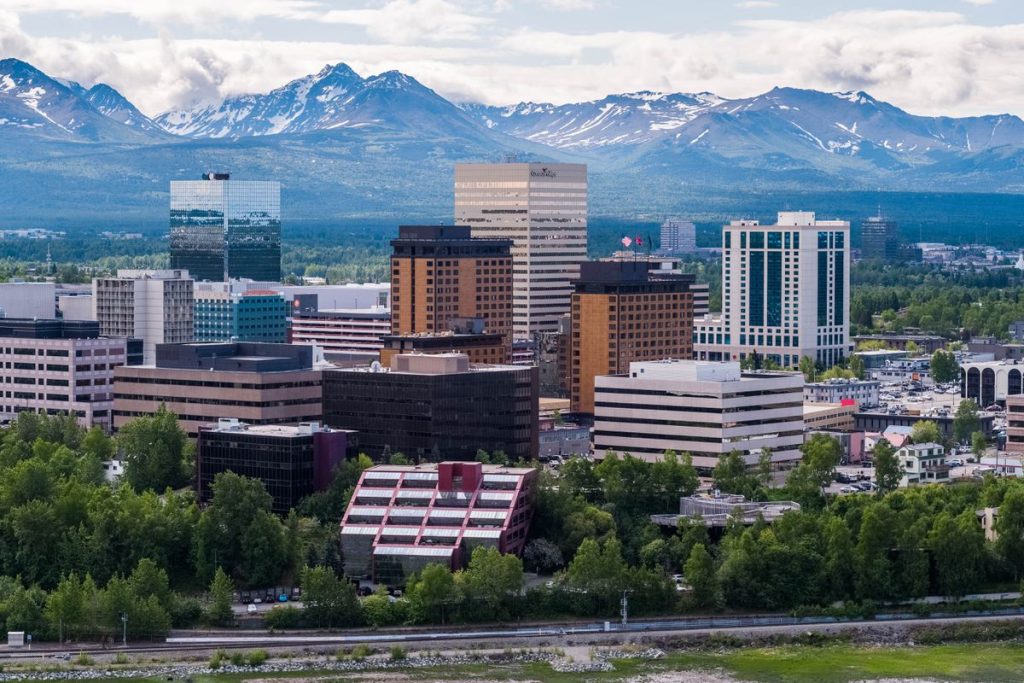 How Tent Township Became a City

In 1914 the city of Anchorage was finally established here, originally serving as a crossroads for the transport of minerals from the country, and from it the construction of the Alaska Railroad leading to Fairbanks City was controlled. In 1920, Anchorage had about 1,800 inhabitants. Many people came to the city in the late 1960s when they experienced a major economic boom associated with the discovery of oil in the Pradhoe Bay area and elsewhere. Two U.S. military bases built during World War II, Fort Richardson and Elmendorf Air Force Base, also contributed to the city.

An event in 1964 had a significant impact on the city’s development. On Good Friday, March 27 of that year, a massive earthquake measuring 9.2 on the Richter scale shook the area, making it the strongest earthquake in North America and the second strongest quake on record. The earthquake wiped out parts of Anchorage and generated a tsunami, completing the fall.

READ
Petra: an ancient city and an impressive attraction in Jordan 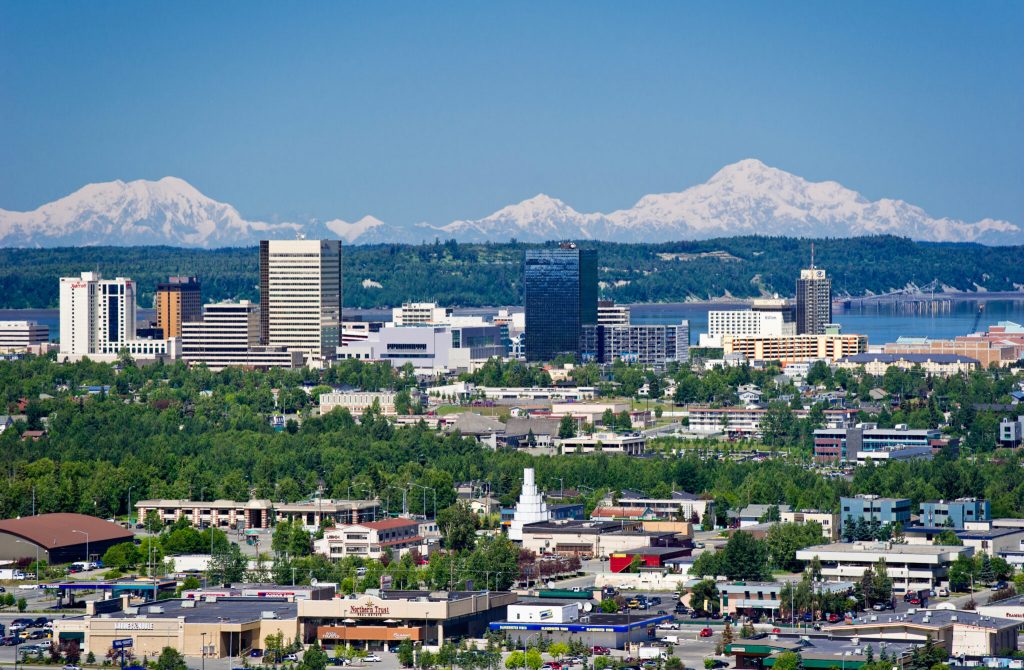 The wave inundated the coastal area of Prince William Sound. The earthquake caused significant damage and took many lives. However, Anchorage recovered relatively quickly from the disaster and was largely rebuilt. Since the discovery of Alaska’s rich oil reserves in 1968, many oil companies have opened subsidiaries in Anchorage, which has greatly helped the city continue to grow and prosper.

Anchorage is currently the largest city in the U.S. state of Alaska with a population of about 300,000, which is about 45% of the total population of Alaska. Anchorage is 576 km from Fairbanks, less than 100 km north of Whittier, and about 200 km north of Seward. The closest city is 2,100 kilometers in a straight line to Vancouver. Thanks to the Alaska Highway, you can get to Anchorage from anywhere in North America, and there is a train to Fairbanks. Today, Anchorage is a major transportation, economic, and communications hub for the southern region of Alaska. It is home to the Ted Stevens Anchorage International Airport, which is the third busiest airport in the world in terms of cargo traffic.

A big advantage of Anchorage is its location, as it is between the Cook Inlet arms called Knik and Ternagain, and at the foot of the Chugach Mountains. The town, a literal fairy tale landscape and unspoiled wilderness. Proof of this is that you can often encounter a grizzly bear, moose, or other Nordic animal right in or near the town. The area has a subarctic climate, which is greatly influenced by the proximity of the sea. Temperatures here are relatively reasonable, averaging 13 to 26 degrees Celsius in summer and dropping to about -15 to -1° Celsius in winter. The geographical location of the city also makes the sun shine for more than 19 hours a day in summer, while in winter it only rises for 5 hours. 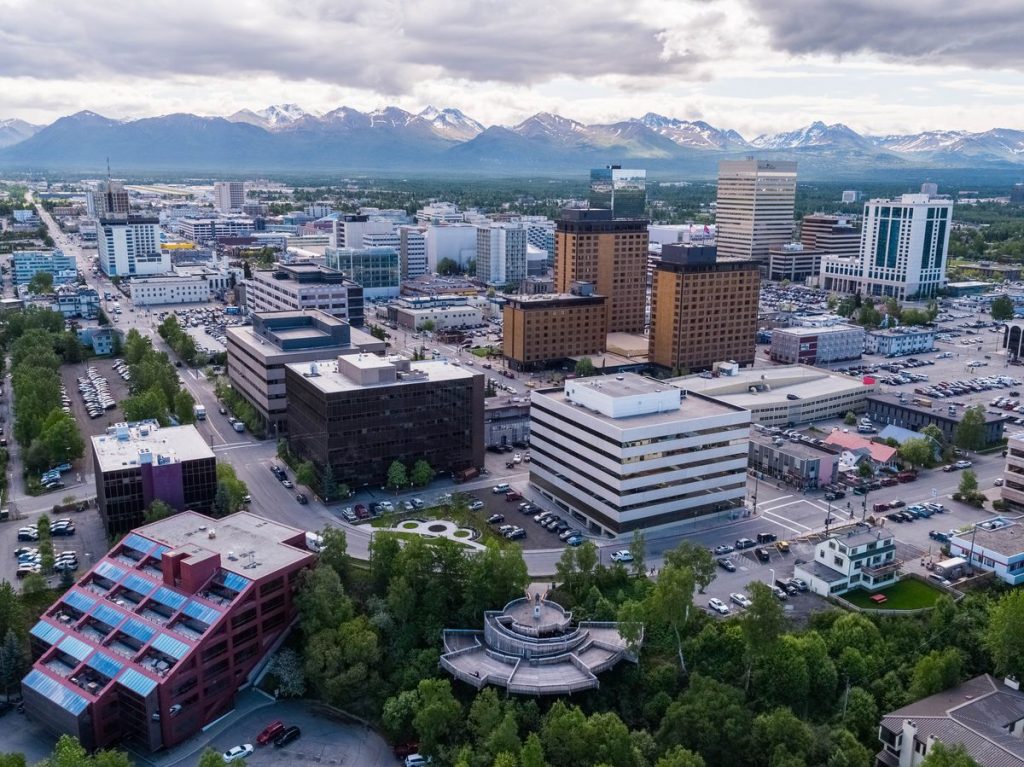 The city itself is not very attractive from a tourist point of view , it is more sought after by visitors because it will serve as a great base for trips to the beauty of the wild Alaskan landscape. Thus, Anchorage is more strategic. Tourists most often arrive in the city by plane or boat. In Anchorage, they buy supplies, rent a car or hire a guide and set off on an adventure into the heart of Alaska.

One of the pillars of the local economy is tourism . In Earthquake Park, you can see how the local landscape has changed since the devastating 1964 earthquake. Anchorage is also a city that hosts a number of sports competitions, festivals, and many other events each year. Winter sports enthusiasts will find winter sports to their liking, with snow-capped mountains, a quality trail system, and miles of untouched snow.

A visit to the state of Alaska formed on my itinerary quite by accident. While I got to Hawaii on purpose, another remote state to the north bordering Russia was unexpectedly a gift and a gem of a trip. My journey from Honolulu to Moscow involved a long layover in the city of Anchorage, which gave me a curious glimpse of former Russian lands.

Anchorage on a map

How to get to Anchorage from the airport

Getting from Ted Stevens Airport to downtown Anchorage is easy!

You can stay in Anchorage in the heart of downtown or in the Hillside area near the mountains, where there are many trails. Hillside is called the Beverly Hills of Anchorage.

Already on the way, I suspected something was wrong: the small pine forest surrounding the city reminded me of the Russian North, and the mountains visible from everywhere seemed like the Urals, as if they were a little closer. When I got off the bus and found myself in the heart of Anchorage, it all became clear to me: I had gone back in time.

The northern sky, endless, endless, you recognize it instantly. Those who have ever lived in the north and learned how to see beauty in faded colors, how to discern the whole world in a little thing, they will immediately understand how beautiful Alaska is.

I walked out to the river, and my last doubts fell away. Of course, my beloved city of Pechora has a twin city in the United States, albeit an unofficial one – and that’s Anchorage. The same birch trees, not tall, but not dwarfish like in the tundra. The same sandy islands in the middle of the river. And the same tall cranes loading cargo at the port. I stood there, unable to accept the resemblance. Clearly, one day is not enough to see and learn everything. And I have no choice but to return here again.

Nevertheless, it is quite possible to walk around the entire city of Anchorage in a day, even a few hours in the morning were enough for me. The city is small, there are no high-rises at all, except for a couple of bank buildings. And rightly so, if you build tall houses, you can’t see the mountains. Without them, Anchorage loses its magic, like Pechora without the view of the Ural Mountains.

READ
9 things to do in La Rochelle, France

There is a cute souvenir store in the very center. As cliché as it may sound, but do you really want to leave the northern USA, Alaska without a souvenir? I took away from this wonderful place an amazing gift – a stuffed Moose. For me this is one more memory of Pechora and the North.

I have often heard that people in the provinces are kinder than those in the capital city. They may be stranger, more closed off, more suspicious, but they are certainly willing to help if needed. I received another lesson in American kindness from a bus driver. I was sitting at the bus stop waiting for my 7A, when suddenly I heard the voice of a black woman behind the wheel of another bus: “Why are you bored? There’s a movie coming on at the science center! You absolutely should not miss it! You absolutely must see the movie at the science center!”

Of course, she explained everything to me with the usual American conviction that she knew the right way to spend leisure time for tourists, not approving of wasting time at a stop. But after all, she wanted to entertain the occasional visitor! American kindness is truly boundless.

Flying over Alaska and Canada + photos

I did not go to see the popular science film, I had to get back to Anchorage Airport and get ready for another spectacular sight – flying over Alaska, the Yukon, and finally the North Pole. And those views, believe me, I will never forget!

My memories: An unexpected surprise gave me another dream. now I dream to go back to Alaska and explore its beauty not only in the cityscapes.

Hi Anastasia!!! Have you visited Alaska again?) I loved how interesting you are all about your travels! We are also going to visit Alaska soon, to admire the Russian North!)

Thank you for your compliments! I’m very pleased to hear that you’re interested in reading my travel stories. As for Alaska, I haven’t had a chance to go there again yet, but my husband and I plan to go back there on one of our US trips.