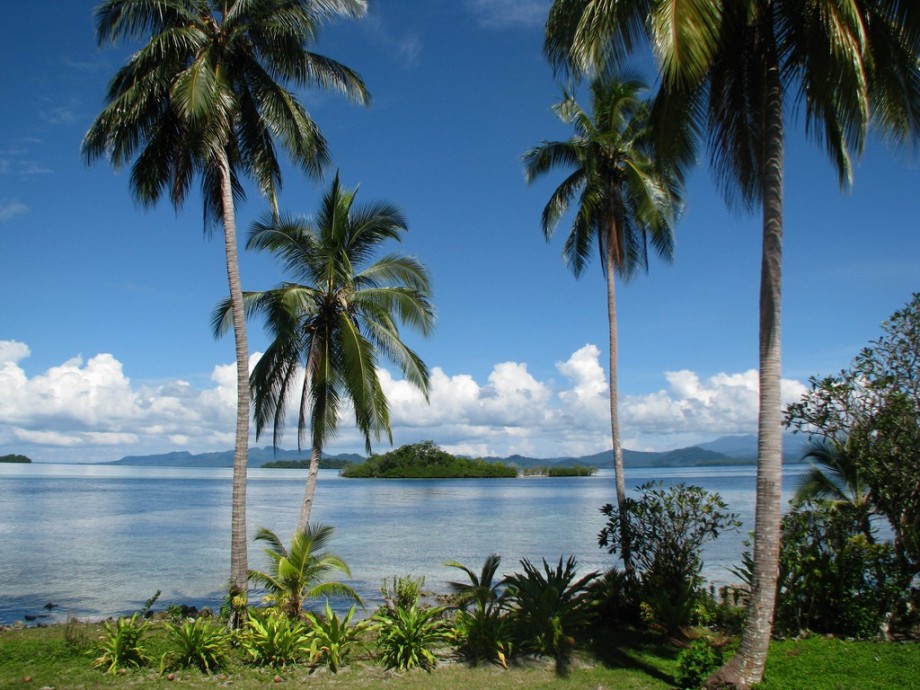 1.The Solomon Islands is such a small state lost in the southwest Pacific Ocean.

2. The country occupies the vast territory of the eponymous archipelago – almost a thousand islands, but only one-third of them are inhabited.

3. archaeologists say that the ancestors of modern humans appeared here more than 25 thousand years ago.

4. On the Solomon Islands, lives just over half a million people. This is half than in Voronezh, and more than 20 times less than in Moscow. 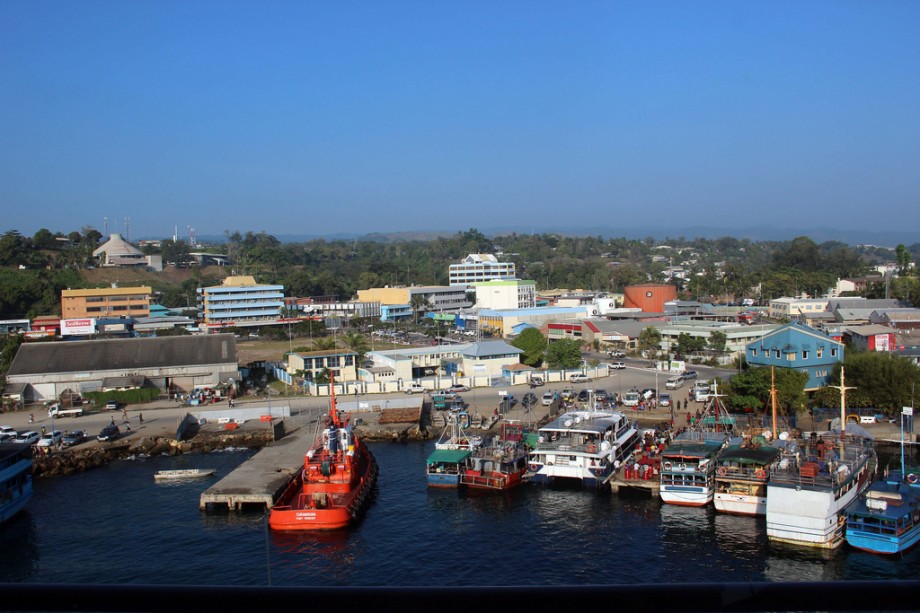 HONIARA IS THE CAPITAL OF THE SOLOMON ISLANDS.

6. On the seafloor near Honiara, the capital, lie many ships and planes from World War II. The wreckage is popular with divers.

7.But tourists rarely get here – it’s a long way.

8. A careless tourist in the Solomon Islands can easily become a victim of a crocodile.

9. The first settlements here began to form about 5 thousand years ago, but Europeans learned about this area only in the Middle Ages.

10.A century and a half passed between the first and second visits of Europeans to this region. 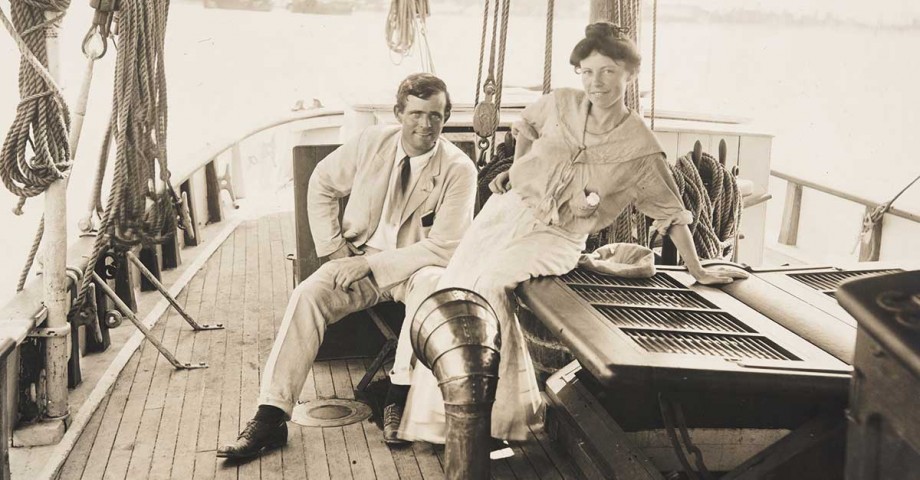 JACK LONDON ON A SHIP

11. The famous writer Jack London visited the country in 1908, brought here by a ship built according to his own designs.

14. 14. The people of Bougainville use the Rotokas language which consists of only 12 letters, the smallest alphabet in the world.

15. This language, however, is spoken by about 4.3 thousand people. In total, there are about 120 local languages in the Solomon Islands.

READ
Top 12 Most Extraordinary Theaters and Amphitheaters in the World 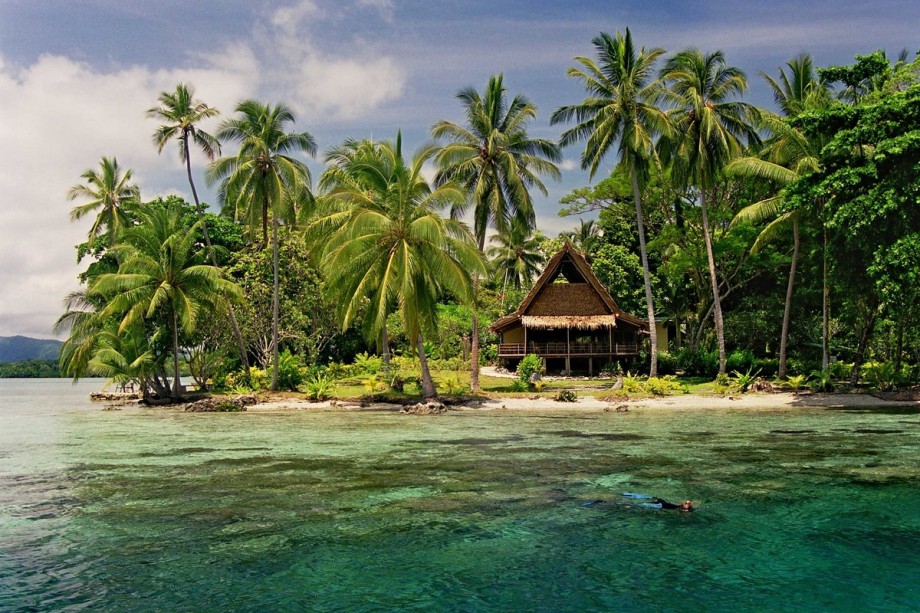 16. Here is Marovo, the largest salt lagoon in the world. A very beautiful place.

17. You can admire the world’s largest saltwater lagoon Marovo (the sparkling blue water covers an area of about 150 by 96 km) on the island of New Georgia. This natural wonder is a candidate for the UNESCO World Heritage List.

18. All Solomon Islands are mostly of volcanic origin. In addition, there are many active volcanoes.

19. There are many rivers, but due to the terrain, they are all short. 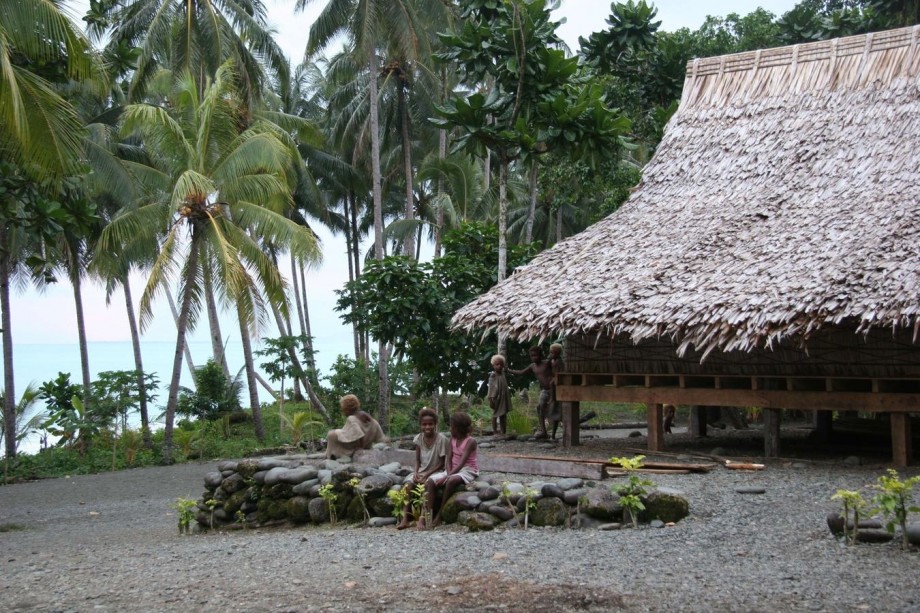 20. European-style houses and European clothes are common in the larger local cities, but in the countryside, people still often make do with loincloths and traditional huts.

21. Until the twentieth century, the tribes of the Solomon Islands paid for goods and services with dog teeth.

22. As late as the middle of the last century there were cases of cannibalism.

23. In remote villages in the Solomon Islands, locals still worship sharks in spite of the work of missionaries. 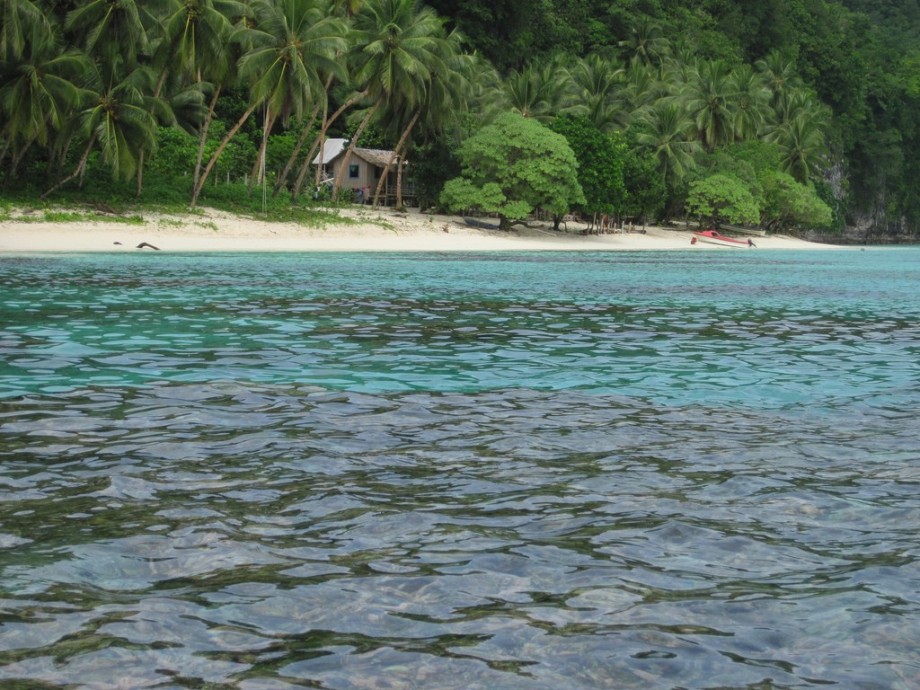 24. Rennell Island has the largest freshwater lake in the South Pacific called Tengano.

25.The lake is so large that its water area contains about 200 islands! The lake and the adjacent part of the island (a total of about 37 thousand hectares) have been declared a National Park of Wildlife, protected by UNESCO. 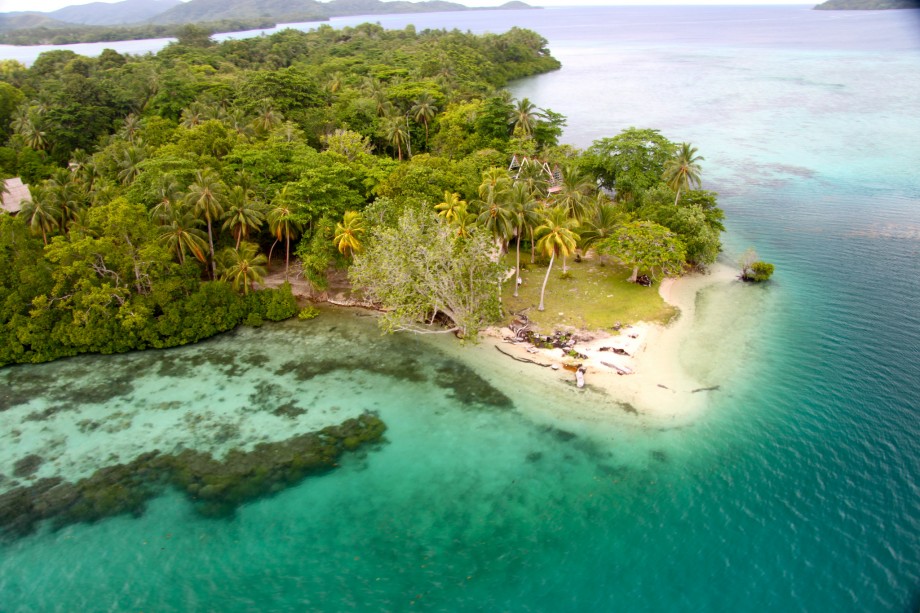 26. The English monarch is the nominal head of the country.

27. The right to participate in presidential or parliamentary elections is allowed to residents over the age of 21.

28. The color of the inhabitants of the Solomon Islands is dark, but there are many blondes among them. Why – still no one knows, but it certainly has nothing to do with the European influence. 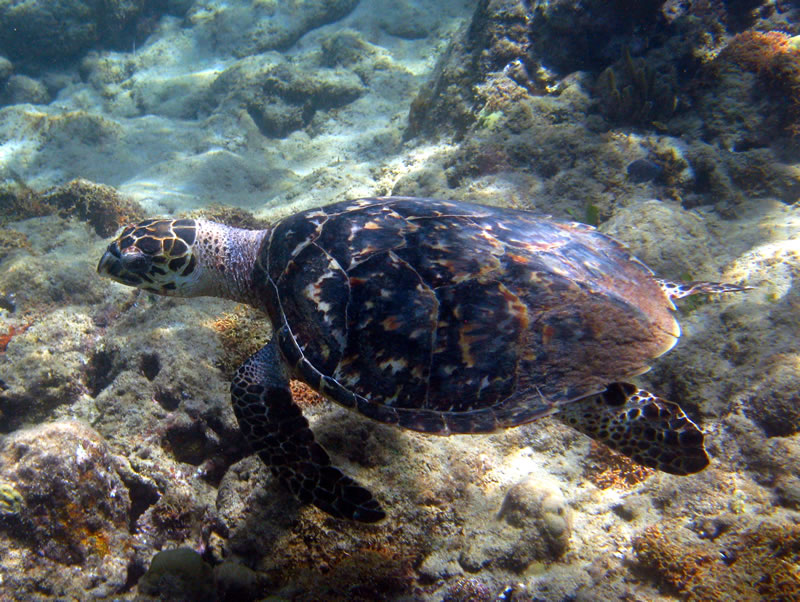 29. Arnavon Island, which is part of the archipelago, is the nesting place of the Bissa sea turtle, one of the rarest species on Earth. This island is sometimes even called “Turtle Island.”

30. 30. The Solomon Islands are located in a seismically dangerous area and as a result, it is frequently affected by earthquakes. 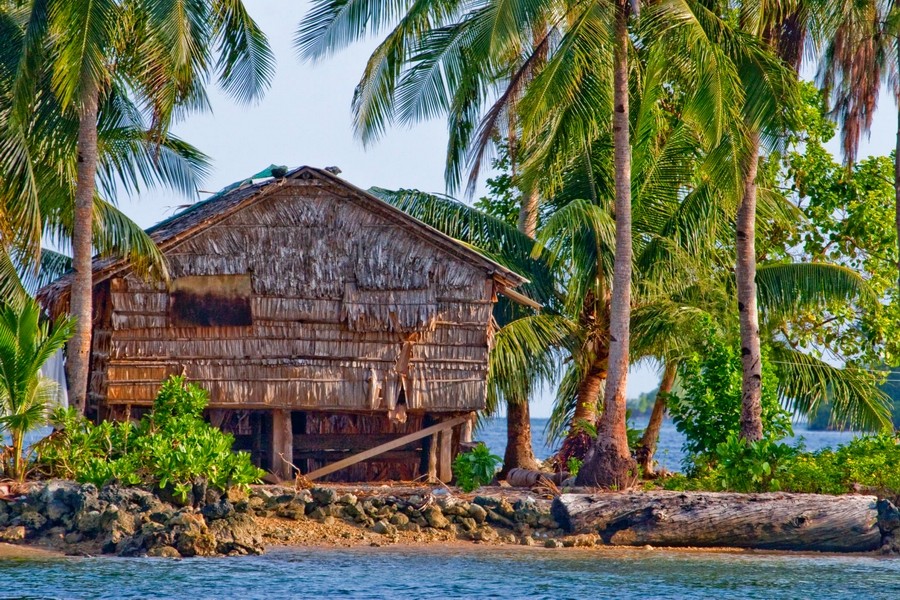 31. San Jorge Island, according to local beliefs, is a haven for the spirits of the dead.

32. There is no army on the Solomon Islands. There are police and coast guard, in total about 500 people, or about 0.1% of the population.

33. Australian dollars were once the official currency here, but they have long since been replaced by their own currency, the Solomon Islands dollar.

34.The numerous caves of San Cristobal Island, as the natives assure, are inhabited by mythical creatures “kakamora” – these short creatures with long claws and colorful body, also called “gnomes of the Pacific”. 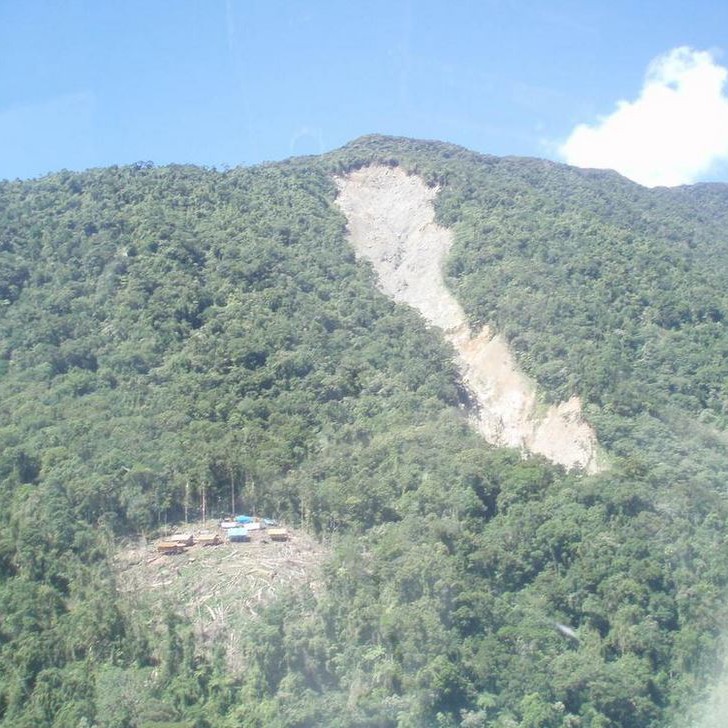 MOUNT POPOMANASEU IN THE SOLOMON ISLANDS

36. The highest point of the Solomon Islands is Mount Popomanaseu at 2,335 meters.

37. Some tribes of the Temotu region still use the feathers of red exotic birds as money, one of the most unusual currencies on the planet.

38. In the depths of the country lurks a lot of valuable minerals, but deposits are not developed by anyone.

40. Geographical remoteness is the only reason why the Solomon Islands have not yet become a popular tourist destination.

The country occupies a large part of the Solomon Islands archipelago of the same name, which consists of 992 islands (some islands of this archipelago belong to Papua New Guinea), and also some islands of other island groups, including Santa Cruz, located 400 km to the east of the archipelago.

READ
A fabulous city to visit is Abu Dhabi

The islands are washed by the Solomon and Coral Seas to the south and the Pacific Ocean to the north. It is bordered by Papua New Guinea to the west and Vanuatu to the southeast.

The distance between the westernmost and easternmost islands of the State of Solomon Islands is about 1500 kilometers.

The total area of the country is 28400 km². The capital, the main port and the largest population center is the city of Honiara (Guadalcanal Island).

Much of the Solomon Islands is covered with evergreen forests and mostly volcanic, including active volcanoes. The highest point is Popomanaseu peak (2335 meters), located on the island of Guadalcanal.

Climate in the Solomon Islands

The climate in this island country is subequatorial and humid (all year round). The average temperature is from +26 to +28 ° C. Although the seasons in the region are not pronounced, from November to April, the northwest equatorial monsoon brings a little more rain than usual, and sometimes there are storms during this period.

The best time to visit is during the summer months.

Almost 97% of the inhabitants of the country are Christians (Catholics, Anglicans, Evangelicals, and other Christians).

By the way, the locals have managed to retain their former unique cultural identity. This is especially evident in the local villages, or more precisely in the residential huts. They stand on poles, their roofs are made of palm leaves, and the walls are woven.

READ
Hiking around Ilulissat in Greenland

Money and currency of the Solomon Islands

The currency of this island nation is the Solomon Islands Dollar (SBD). One SBD is equal to 100 cents.

It was put into circulation only in 1977, before that the national currency was Australian dollar. By the way, it is still accepted in many hotels at the resorts.

The security situation is better than in neighboring Papua New Guinea, but still the crime rate on Solomon Islands is high. Traveling after dark is dangerous, especially on weekdays. Tourists are one of the main targets of local robbers, so it is advisable to be always on the alert and not to carry large sums of money and not to flaunt your jewelry.

Also note that ethnic tensions are high between the inhabitants of the largest islands of Guadalcanal and Malaitans, as well as between the natives of all Solomon Islands and the Chinese, who are periodically “persecuted” here.

Malaria is the biggest health problem in the Solomon Islands. Travelers must take antimalarial pills before, during, and after their stay here.

Sea crocodiles, also known as crested crocodiles, are quite common in many of the country’s islands. By the way, statistically, it is one of the most dangerous and aggressive to humans large reptiles. Dozens of cases of their attacks on people are recorded each year on the islands. From them, more people die than from shark attacks.

Administratively and territorially, the Solomon Islands are divided into 9 separate provinces. Although Honiara, the capital city, is located on Guadalcanal Island, it is considered as the tenth administrative unit, the so-called Capital Territory.

How to reach Solomon Islands

There is no direct flight connection between Russia and the Solomon Islands.

Usually Russian tourists get here by plane via Australia, Fiji, Vanuatu or Papua New Guinea. This is not cheap, it seems that Australia is far away from Russia, but this country is even farther ~ 1,500 kilometers…

The only international airport in the Solomon Islands is located in the same place as the capital city Honiara – on the large island of Guadalcanal, and is called Honiara International Airport.

Solomon Airlines – operates international flights to Brisbane, Australia as well as Nadi and Port Vila, plus many domestic flights to 25 regional airports in the Solomon Islands. It is the only airline in the country with domestic flights.

Also Solomon Islands can be visited during a cruise on some cruise liner, they come here from time to time, but in this case time of stay is limited, and considering the fact that the islands are scattered over a huge territory, you just can’t get close to the country.