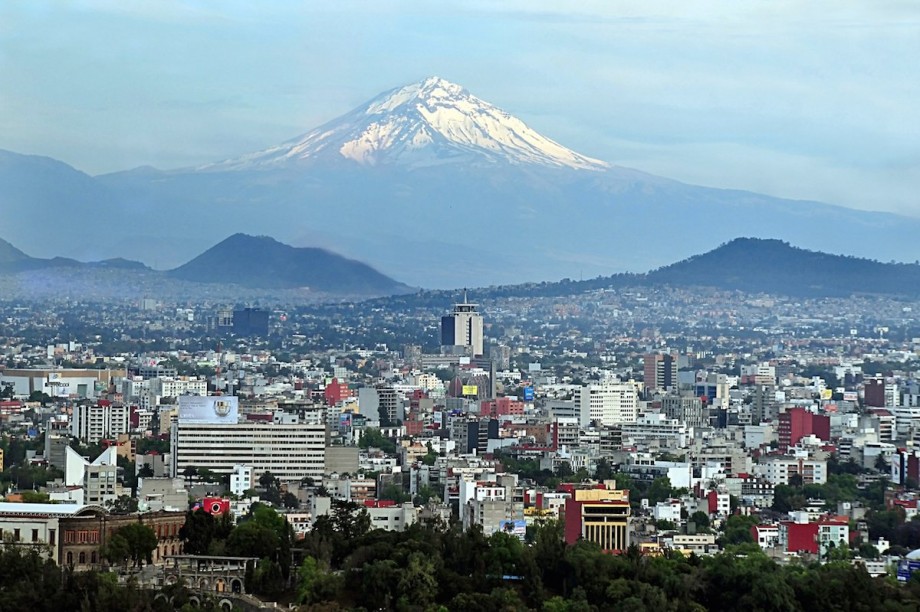 Mexico is a unique country.

The Spanish conquistadors who came to this land once stubbornly imposed their traditions and customs on the local Indians, but despite this, the Mexicans managed to preserve their culture. Nowadays Mexico is a wonderful blend of European and American cultures, making it one of the most remarkable and original places to live in the world. 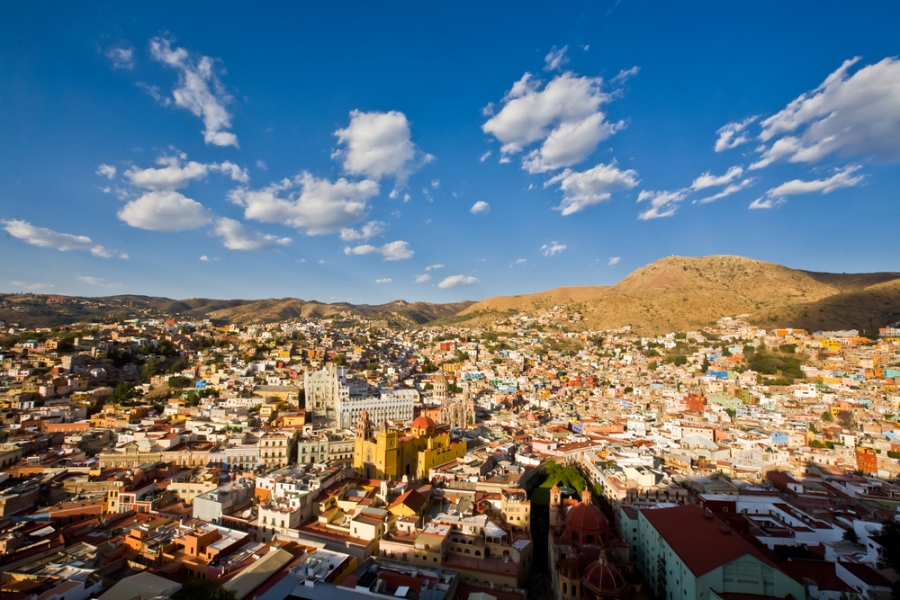 1.Mexico City is the oldest city in North America and one of the largest cities in the world.

2. Mexico ranks 14th in the world among the countries with the largest land area.

3. The first humans appeared in what is now Mexico by at least the 20th millennium B.C.

4. The Mayan city of Chichen Itza, one of the “7 New Wonders of the World”, is located on the Yucatan Peninsula.

Mexico is one of the world’s largest exporters of oil, though the country itself has very poorly developed oil refining. 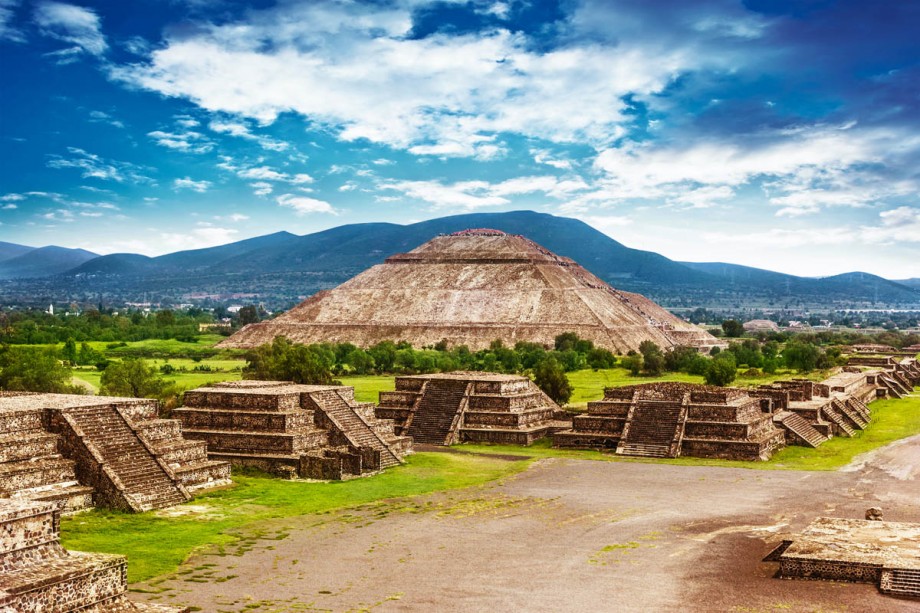 6. Nowadays a large number of Indian tribes live in Mexico. Because of this, languages and dialects predominant in Europe are spoken in the country.

7. Iguanas of different colors and sizes are very common in villages and small towns in Mexico.

8.In the city of Guanajuato there is a mummy museum with 111 exhibits. All the bodies displayed there were mummified naturally because of the peculiarities of the local climate.

9. The word “Mexico” (“Mexico” in Spanish pronunciation) means “in the belly of the moon” from the Aztec Nahuatl words “Metztli” for “moon” and “xictli” for “belly”. The inhabitants of these lands pronounced the word as “meshiko.

10.The Mexican national sport is bullfighting. Most likely, it was at one time brought here by the Spaniards. 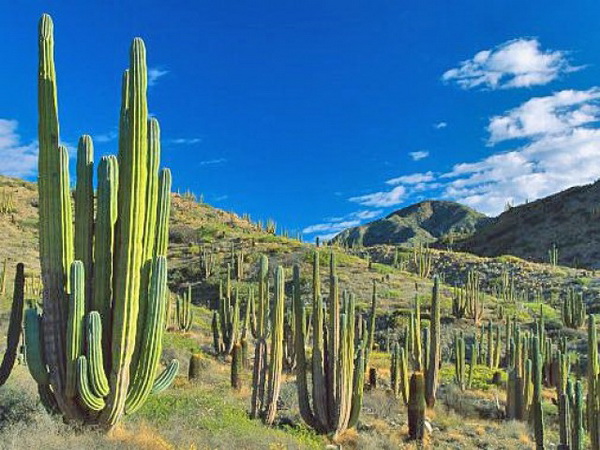 12. In ancient times, Mexico was populated by powerful tribes, the most prominent of which were the Aztecs and the Maya.

13. Mexico is the fourth most biodiverse country in the world. Five types of climate and 9 of 11 types of ecosystems are represented here.

14. Health care for the people of Mexico is free, but of very poor quality.

15. Heavy things, especially basins, are often carried by women on their heads. 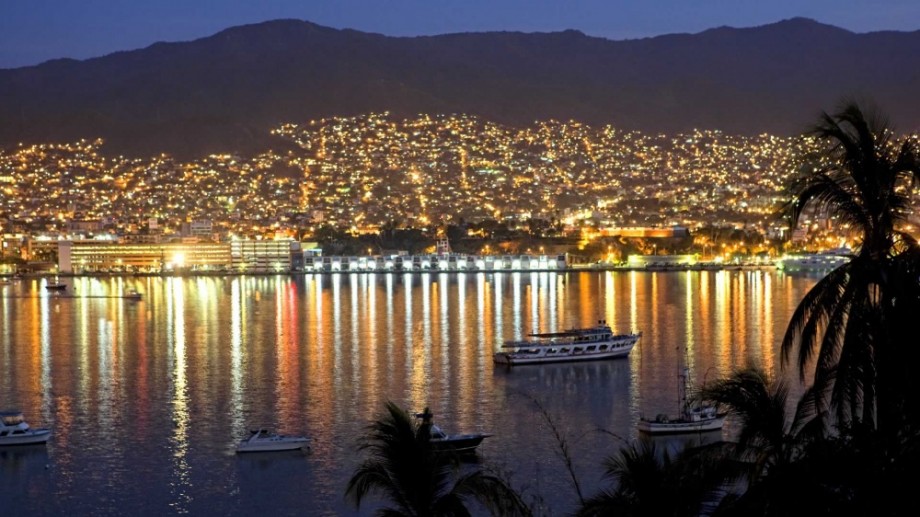 16.The two most famous volcanoes in Mexico that surround Mexico City are Popocatepetl and Istaxihuatl.

17. Mexico City is the city with the largest number of museums in the world.

18. Mexico has the second highest number of mammals with 491 species. 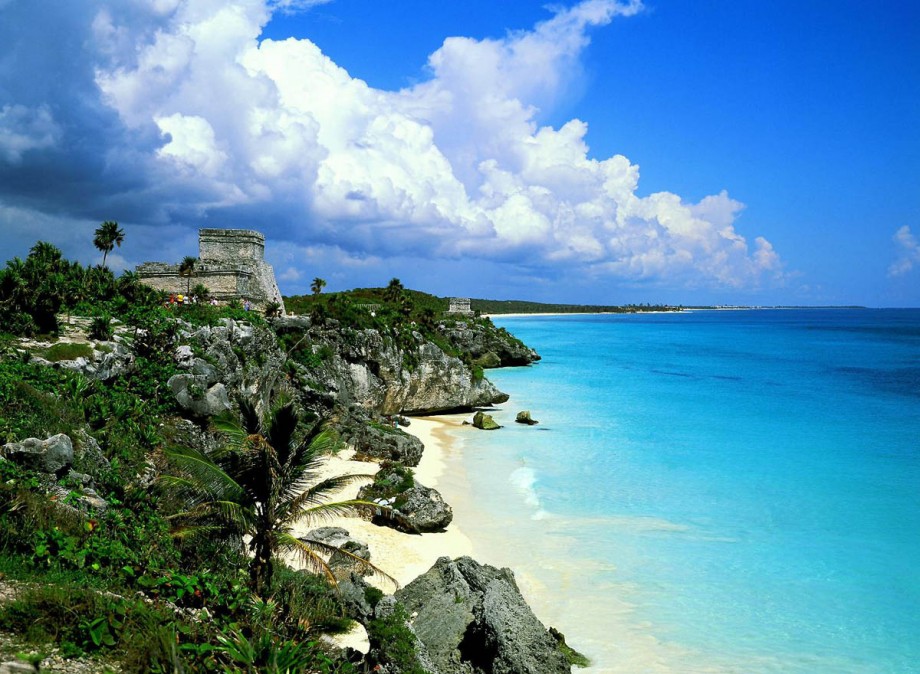 21. Tequila (full name Santiago de Tequila) is the name of the Mexican city where the main production of the drink of the same name is located.

22. The beaches of Cancun and Tulum are among the ten best beaches in the world according to TripAdvisor.

23. Double names are the norm for locals (e.g., Addy Maria or Carlos Antonio). It has nothing to do with the parents, just at birth they give not one name, but two.

24.In Mexico, the tricycle is the most common mode of transport in small villages. One wheel is on the back and two are on the front and they have a big basket in which they carry everything from firewood to people.

25.The Mexican capital, Mexico City, is the largest Hispanic city in the world. 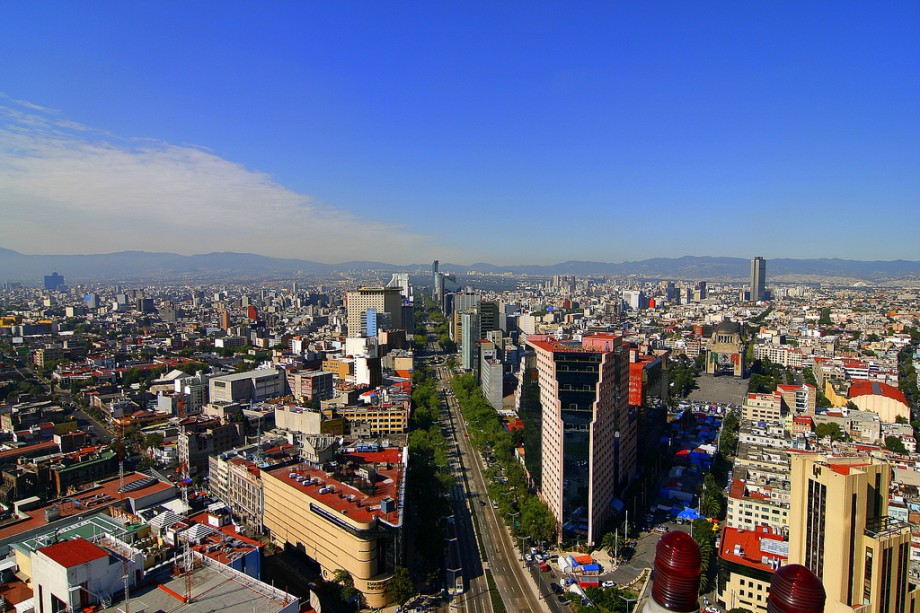 26.Mexico is home to the only volcano on the planet whose emergence and end of growth has been recorded by scientists. In 8 years the volcano Paricutin, which emerged in the middle of the field of a local resident, reached a height of 424 meters.

27. When the Spanish conquistador Hernan Cortez arrived on Mexican shores, he was received as a god and presented with his sacred drink, cocoa.

28.More than 200,000 different species can be found in Mexico, which, according to various data, represents between 10% and 12% of the living things known to the world.

29. The capital of Mexico, Mexico City, is located in a basin surrounded by volcanoes.

30. Mexico is the largest producer of silver. 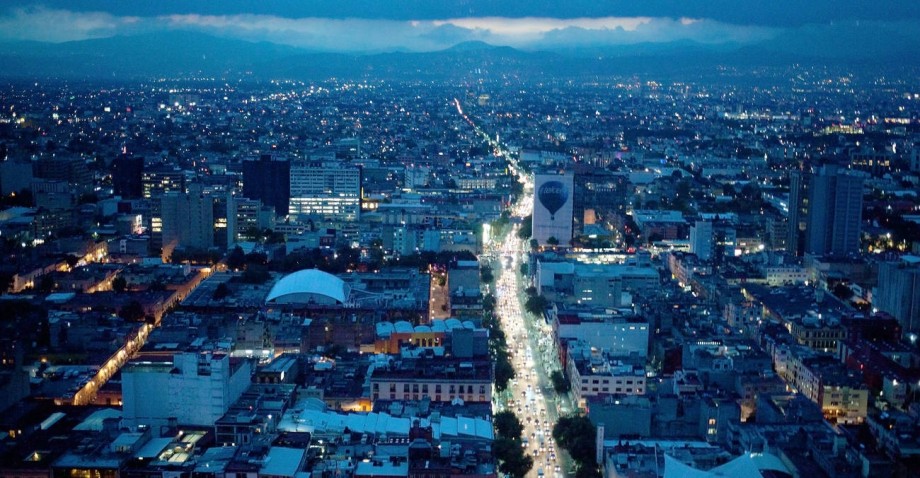 31.In Mexico, the inhabitants of very poor villages live in thatched huts. Often the only “piece of furniture” inside such a hut is a hammock.

32.There are ten archaeological parks in Mexico City. One of them was arranged around the Aztec pyramid, built in the 14th century.

33.Mexico holds the first place for the number of reptiles living on its territory – 707 species.

34. The part of Mexico known as the Yucatan Peninsula has been described since the time of the Conquista. A Spaniard asked an Indian what the place was called, and the answer he heard was “Yucatán.” But he had no idea what the native answered him, “I don’t understand you.”

35. The drink most consumed by Mexicans is… No, not tequila. It’s Coca-Cola. 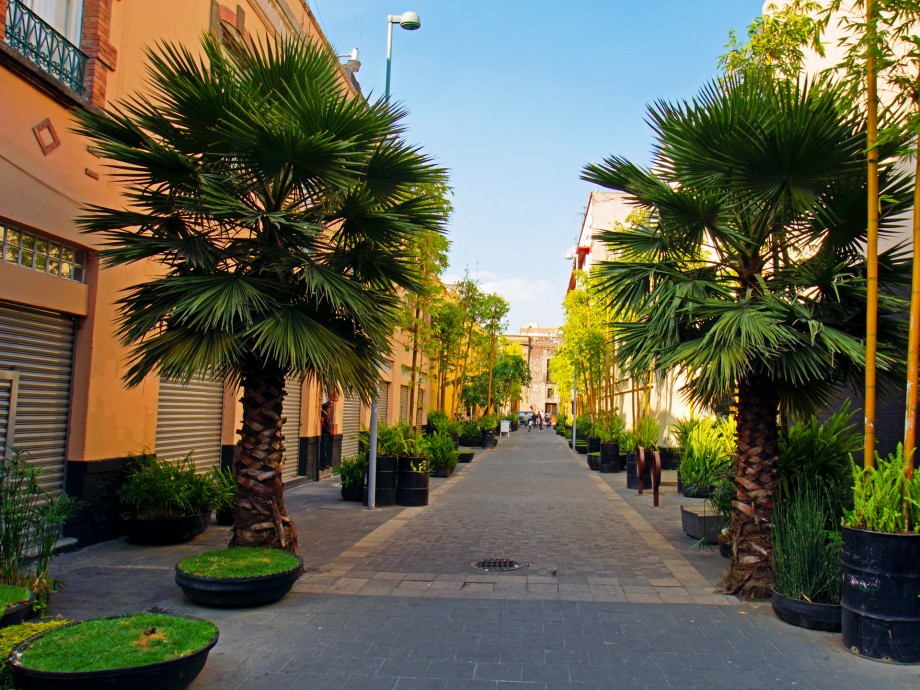 37. Mexico has the second longest coral reef, which is located 200 meters from the island of Cozumel, in the state of Quintana Roo.

38. Mexico hosted the Olympic Games, so it was the only country in Latin America where such a significant sporting event took place, and even twice.

39.In Mexico, corn is a universal product – it is eaten raw, boiled and grilled, tortillas, chowder, yoghurt and even corn ice cream with pieces of corn are made from it.

40.Believers from all over the world come to Mexico City to see the main shrine of Latin America, the cloak with the image of St. Mary of Guadalupe. 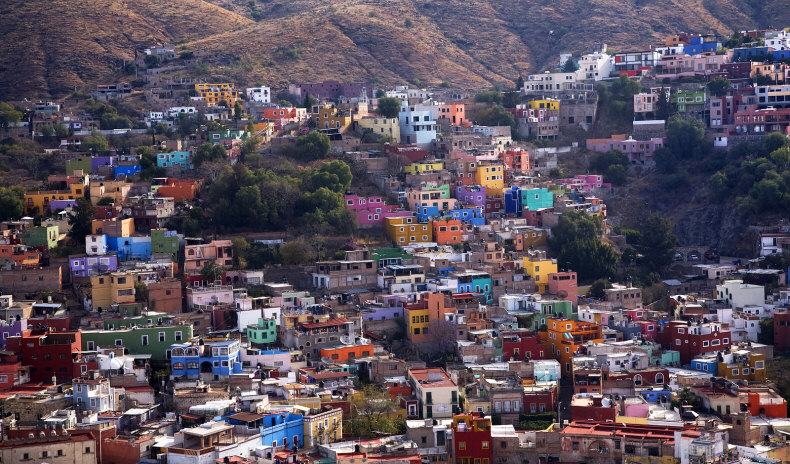 42. Mexico has 26 sites recognized by UNESCO as World Heritage Sites. This is more than in other countries – Egypt, Greece, Peru and the United States.

43. Mexico City is built on the ruins of the great Aztec city, Tenochtitlan.

44.One of the oldest trees, the Arbol de Tul, grows in Mexico. Its history began 2 thousand years ago, the tree reaches a height of about 40 feet. 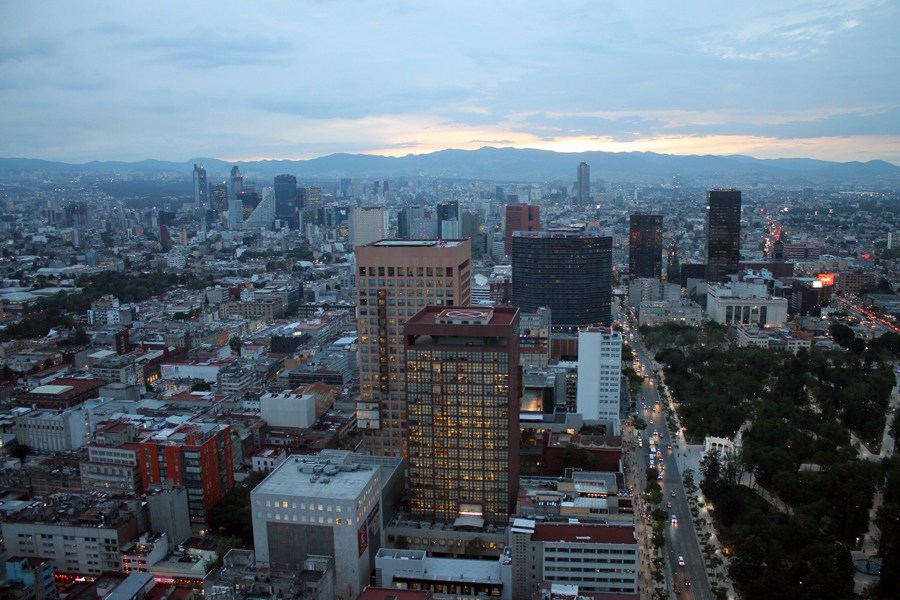 46. Mexico is home to the very rare tailless rabbit (or “volcano rabbit”), which lives near Mexican volcanoes.

47.Tequilero is the name of a tequila specialist.

48.Dogs of the Chihuahua breed are named after the Mexican state of Chihuahua, where the species was first discovered in the mid-19th century.

49. Just over 77% of the cactus species growing in Mexico are endemic, meaning they cannot be found anywhere else in the world.

50. In Mexico, many cars do not have license plates – instead, they have a “data sheet” hanging on the back window. 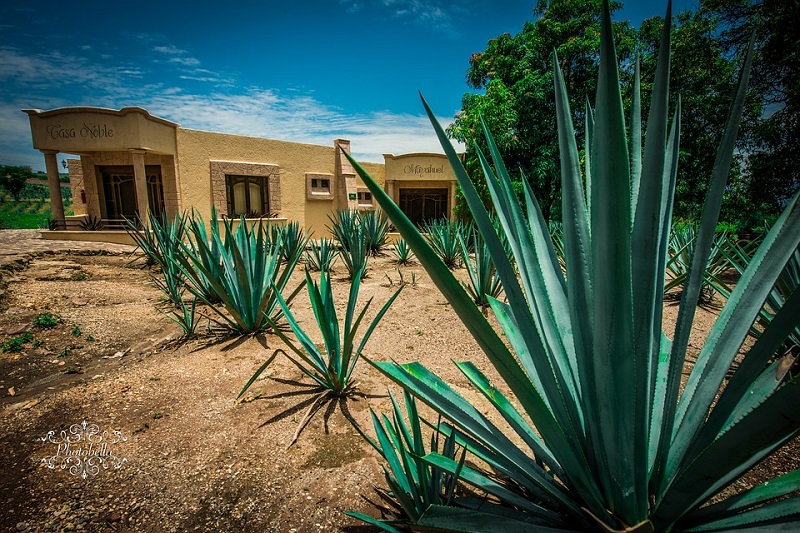 The blue agave plantation from which Mexican tequila is made 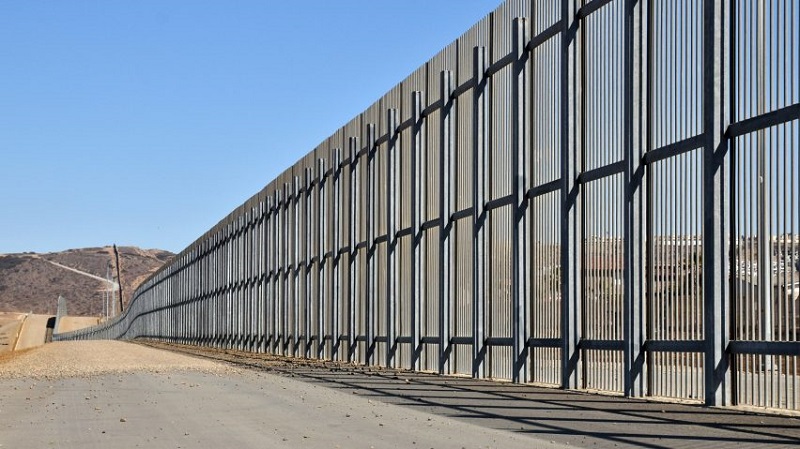 The wall between Mexico and the U.S. 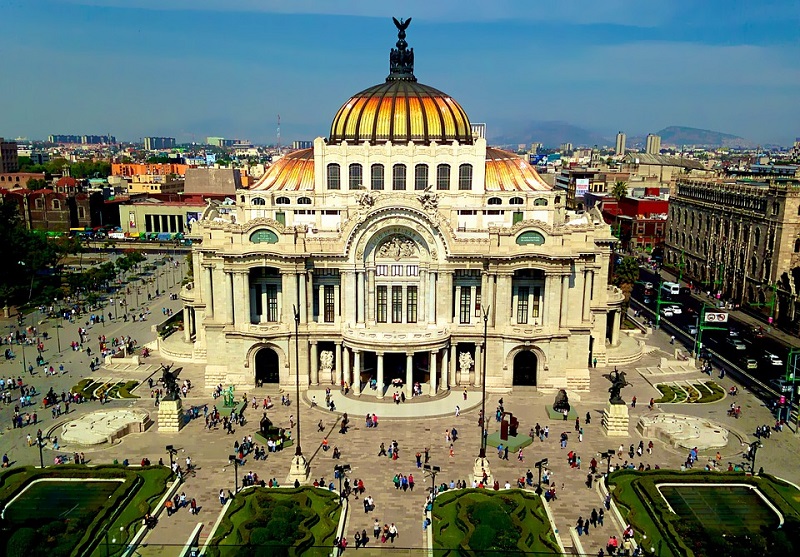 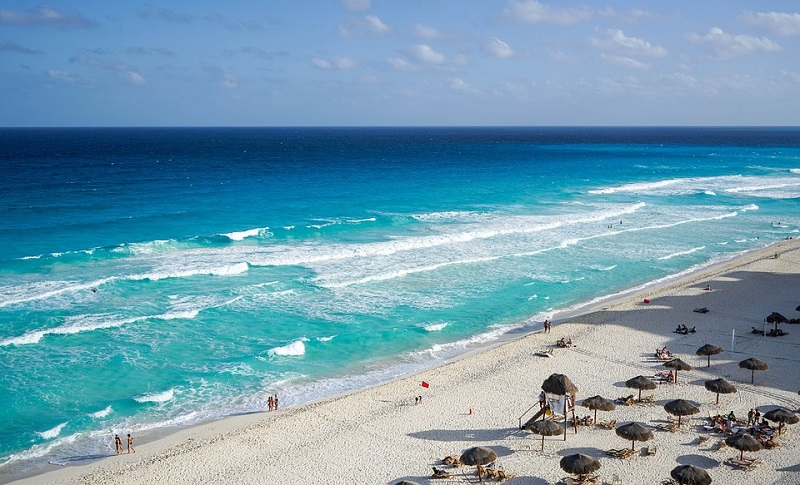 Cancun is one of the most popular Mexican resorts 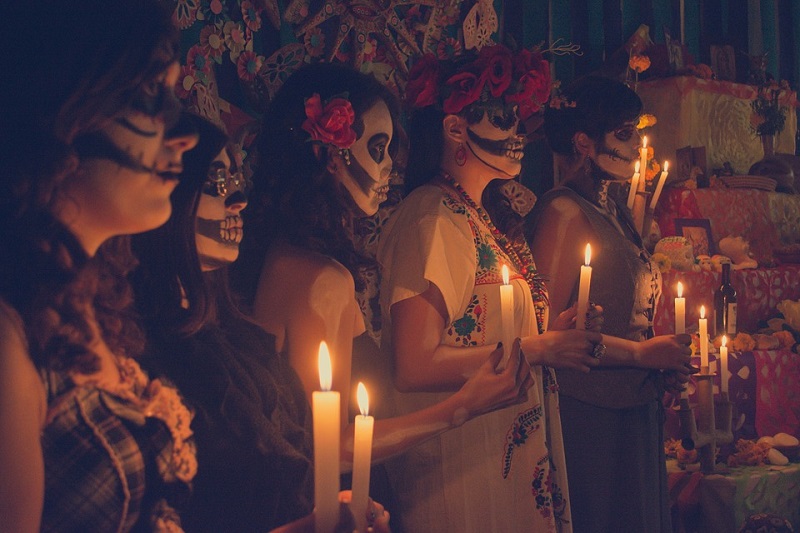 Celebration For the Dead 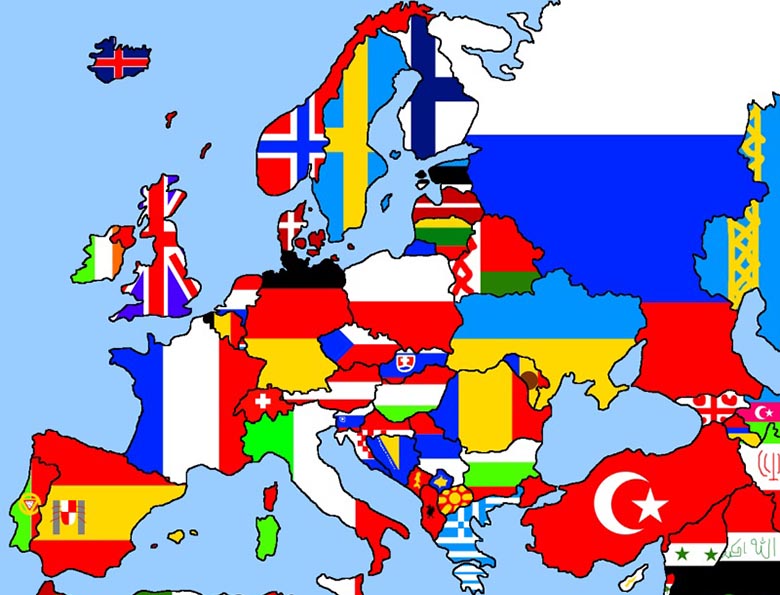 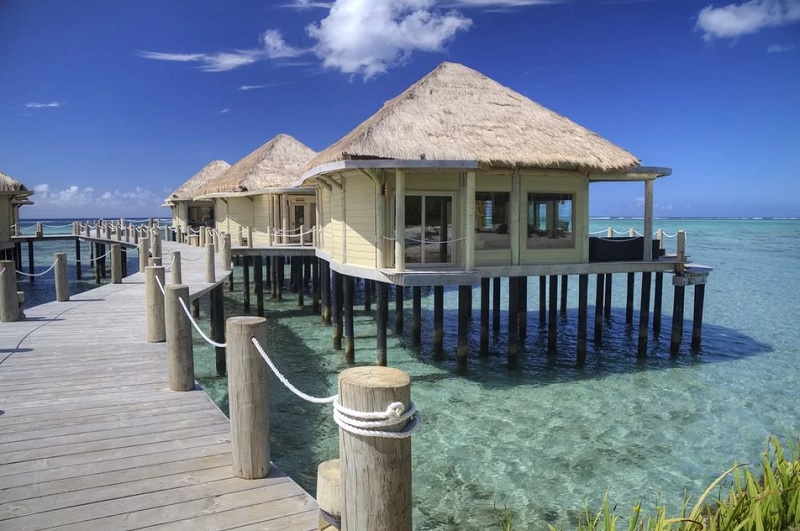 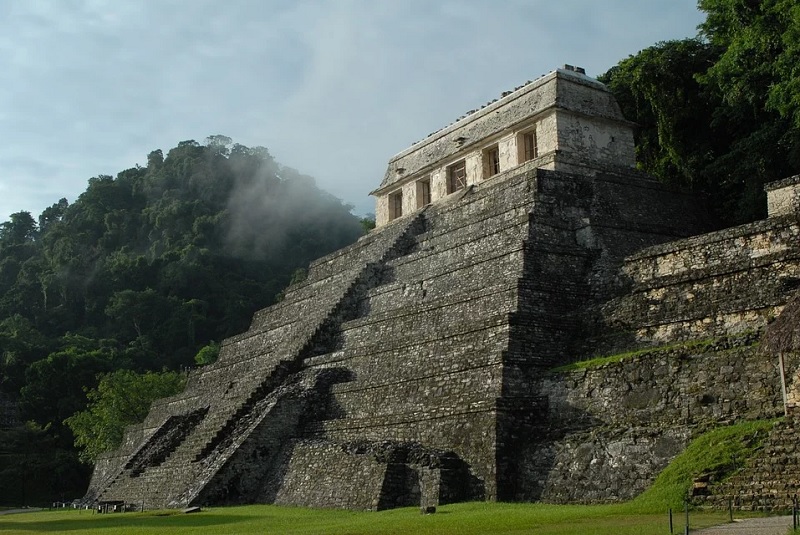 The Mayan pyramids attract hundreds of thousands of tourists every year 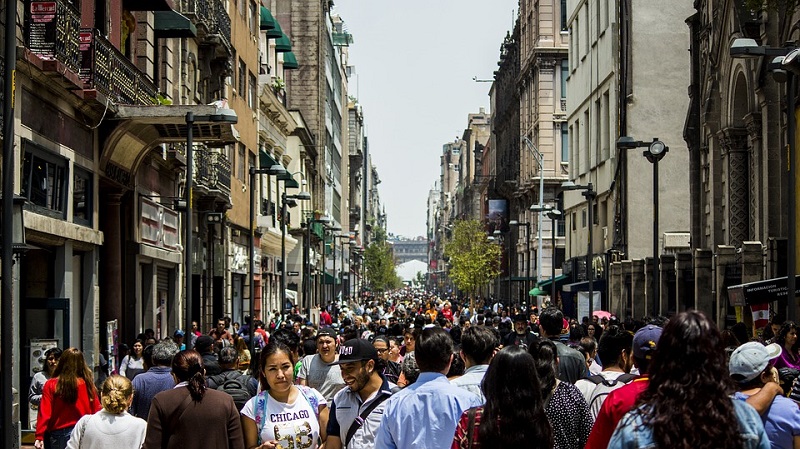 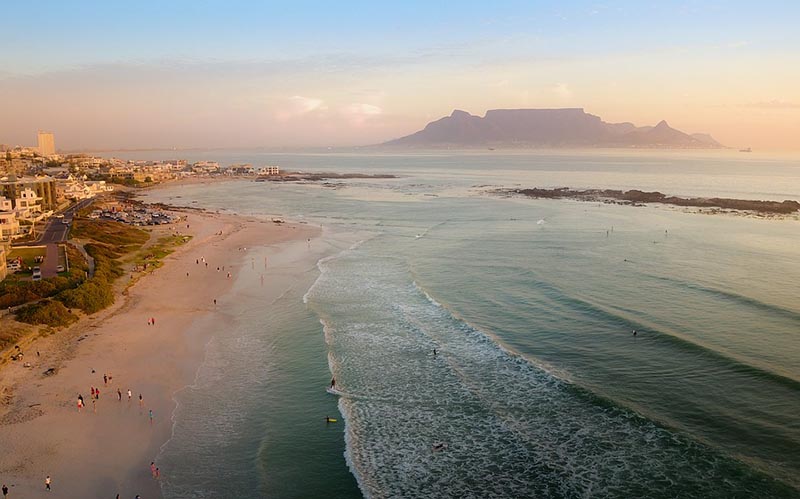 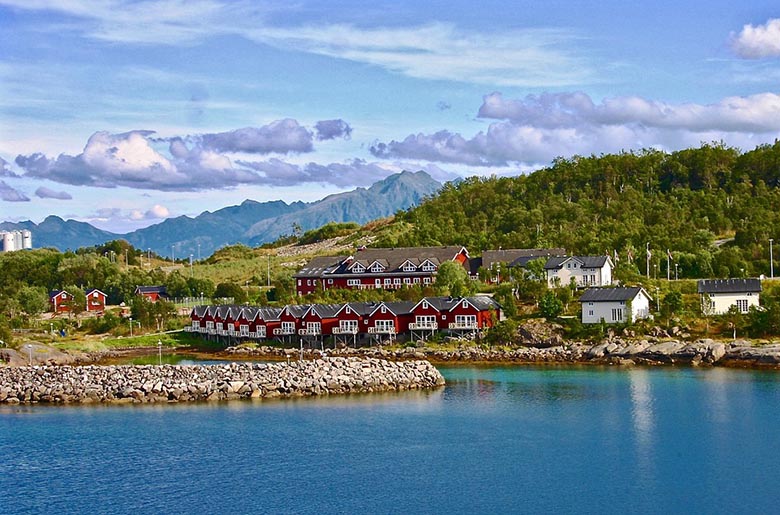 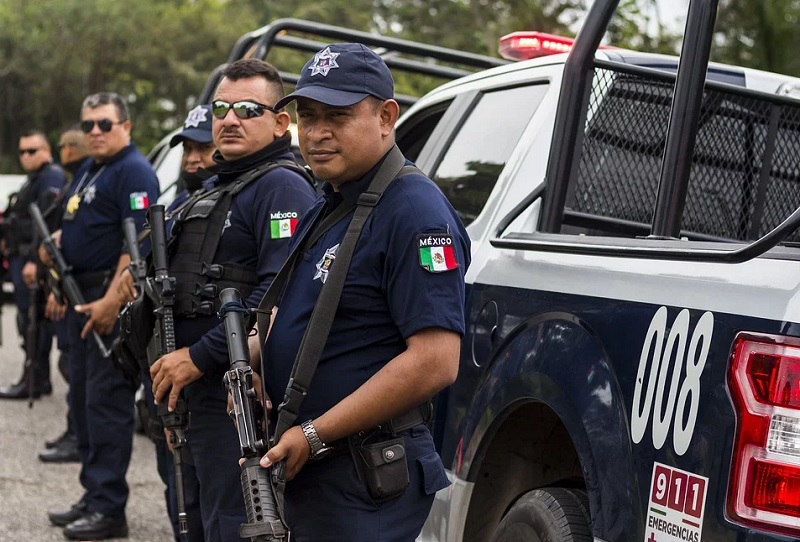 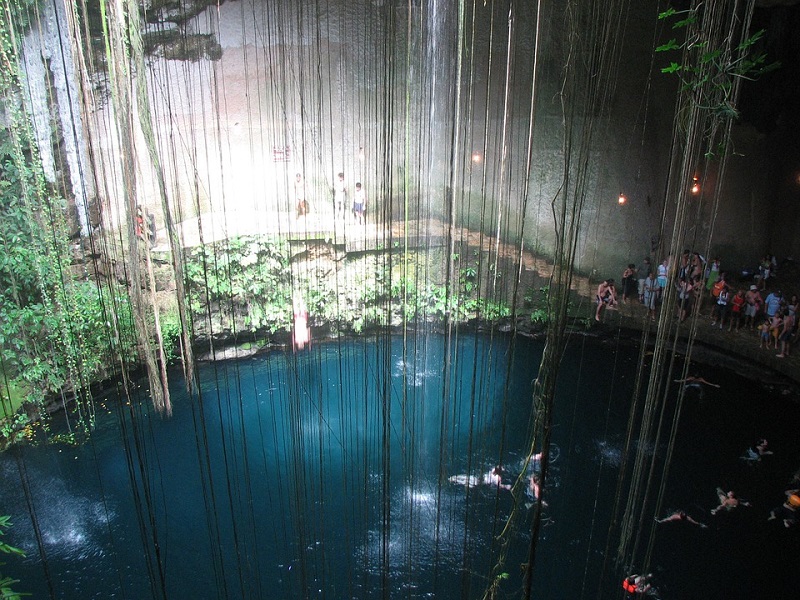 One of the cenotes, the sinkholes for which Mexico is so famous