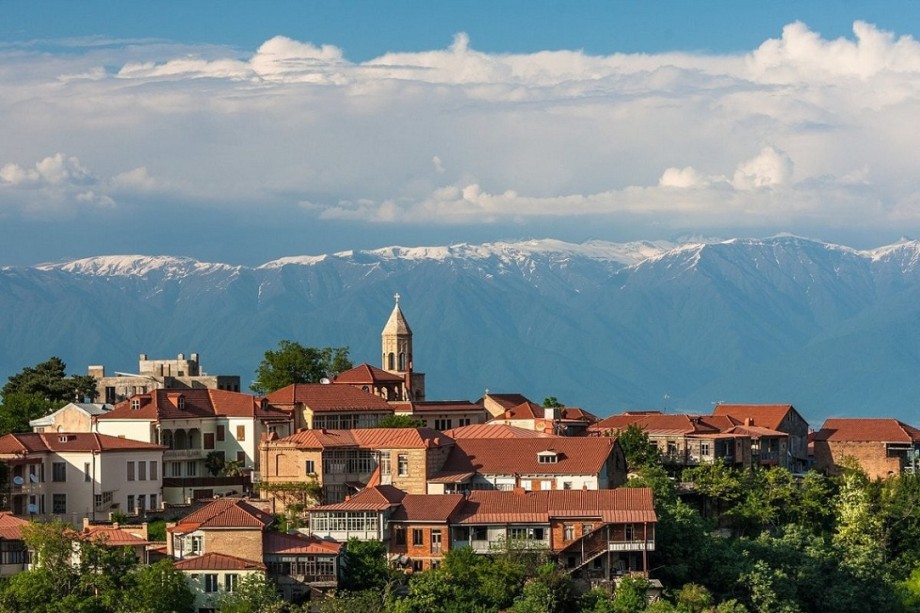 It is really wonderful! Almost no other country in the world can compare to local natural beauty.

This is where the Argonauts sailed for the golden fleece, according to ancient Greek legend. Colchis was the name of the territory of modern Georgia.

4. Georgians themselves call their country “Sakartvelo”.

5. Here, archaeologists have found the remains of primitive people who lived more than 1.7 million years ago. 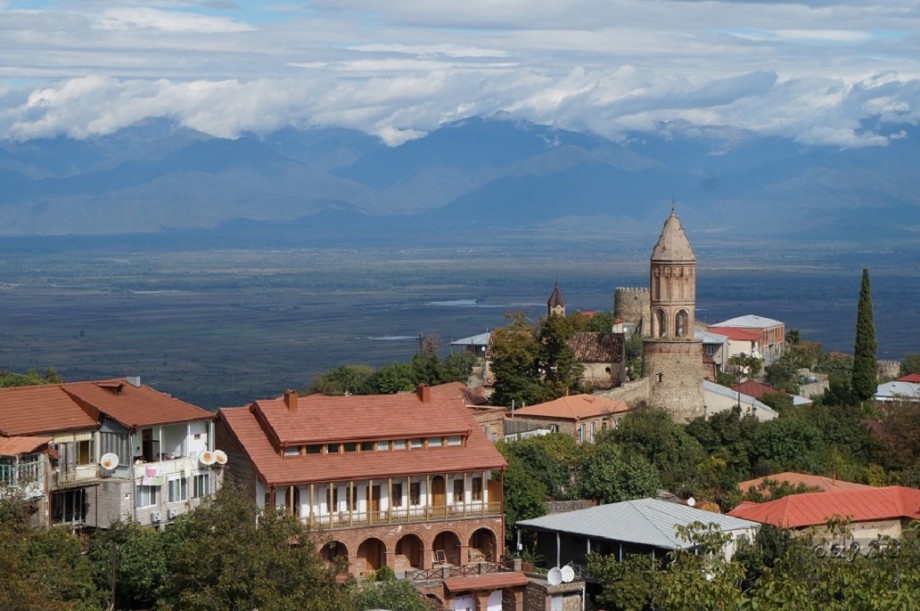 KAKHETI IS A WINE GROWING REGION.

6. It is quite probable that winemaking originated here. At least the most ancient remains of grapevines and wine jugs have been found on the territory of modern Georgia.

7. In ancient times, the Georgian capital Tbilisi was an independent city-state called the Tbilisi Emirate.

8. In Tbilisi there is no set day for the beginning of school classes for schoolchildren. It is between September 17 and 21 and is determined depending on the level of temperature outside. 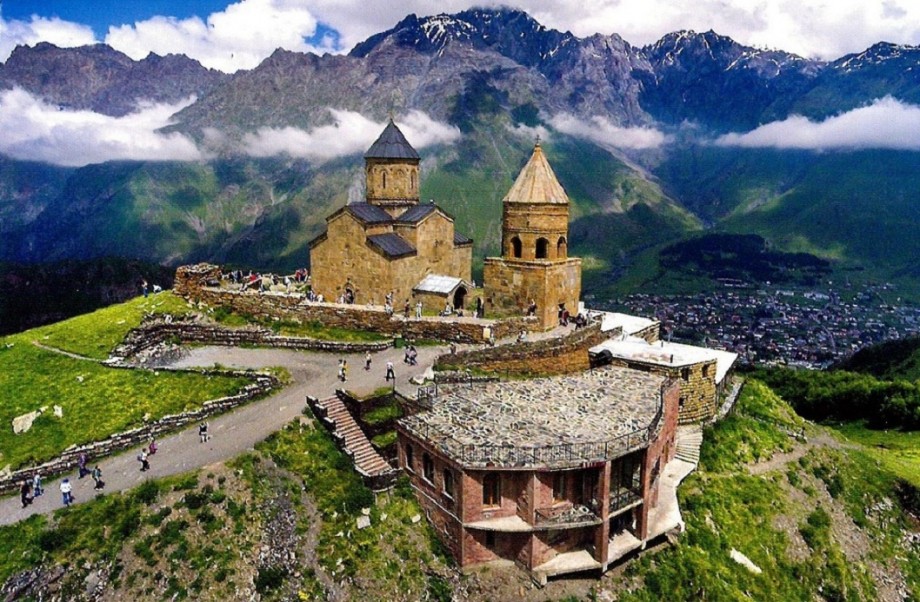 9. In some cities in Georgia, such as Tbilisi and Batumi, snowfall in winter is considered something extraordinary, so everyone goes out on the streets to rejoice at this event, because there are only a few such days a year.

10. The dominant religion of Georgia is Christianity, not Islam, as some people think. Thanks to St. Nino, who lived for many years in the monastery of Bodbe, Georgia adopted Christianity in the early 4th century, which is earlier than the baptism of Kievan Rus.

11. 11. When the Greeks discovered Georgia, they called it “the Land of the Rising Sun. 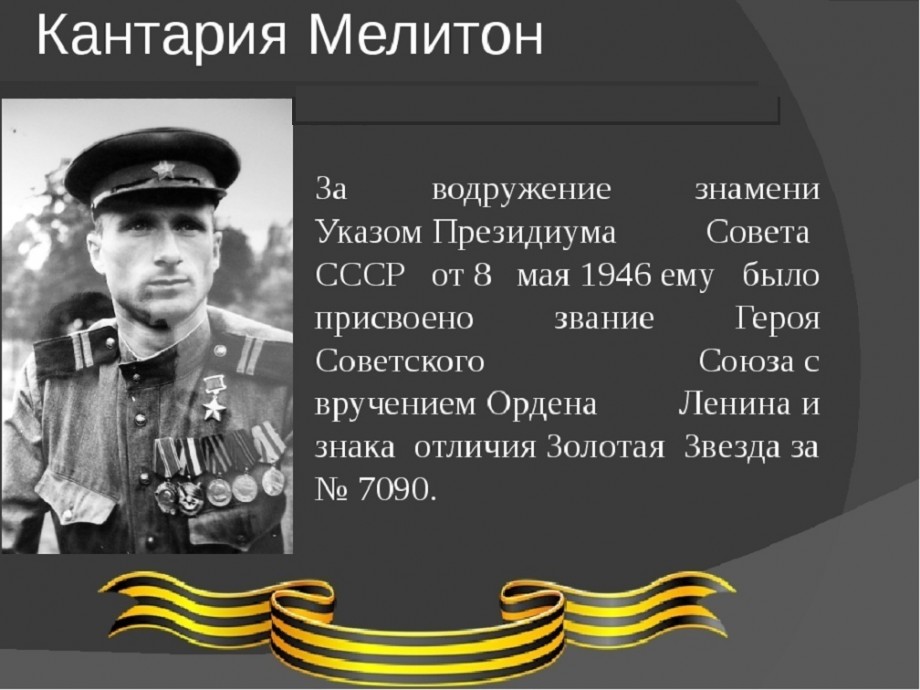 12. one of the first three members of the Red Army, who hoisted the Victory Banner on the roof of the Nazi citadel in Berlin, May 1, 1945, was a Georgian Meliton Kantaria.

14.The language of the Basques, a people living in northern Spain and southwestern France, is very similar to the Georgian.

15. More than 85% of the population of this country are ethnic Georgians. About a quarter of the world’s Georgians live outside of Georgia. 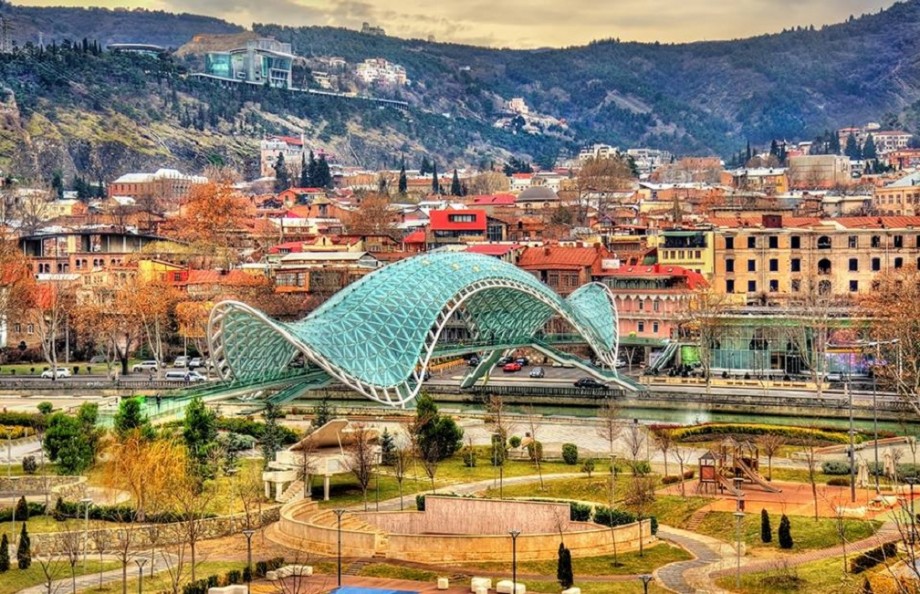 16. An interesting feature of most Georgian elevators, in apartment buildings, is the toll. They are equipped with a special coin-operated device, which requires a couple of tetri for a ride on this miracle of technology. Sometimes there are locks on the elevator and the residents are charged once every 30 days, so to speak, for a monthly pass.

17. It is also customary here to hang laundry everywhere. In the old courtyard-wells in the center of Tbilisi in multi-storey houses, as well as in the farthest mountain villages you can definitely see ropes stretched between balconies, houses and poles, on which the laundry is dried.

18. Often Georgians do not take their shoes off when they come to visit, and their hosts will rarely say anything about it. You should not offend a guest, even if he brought mud on his boots and walked on the carpet in the hall.

19. It can get chilly in the winter. For example, even in the resort town of Batumi once recorded a temperature of -8.2 degrees.

20. Archaeologists have found a thread in Georgia, which is more than 34 thousand years old. This is the oldest thread in the world! 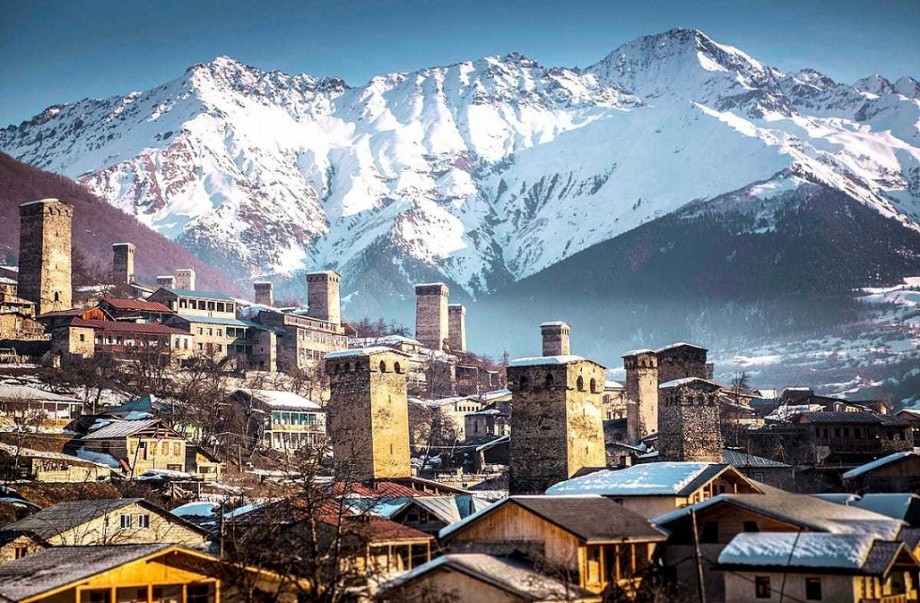 21. There is no central heating and hot water in Georgia. Residents install gas and electric heaters on their own, not only in the private sector, but also in modern apartments.

22. A citizen of Russia can easily acquire Georgian citizenship and have dual citizenship, and vice versa cannot.

23. Georgian is a unique language, unlike any other in the world. It belongs to a separate language group and is not related to the languages of neighboring peoples – Armenians, Azerbaijanis and others.

24.The Georgian language is quite difficult to understand for people who do not learn it. One tiny mistake in pronunciation can radically change the whole meaning. 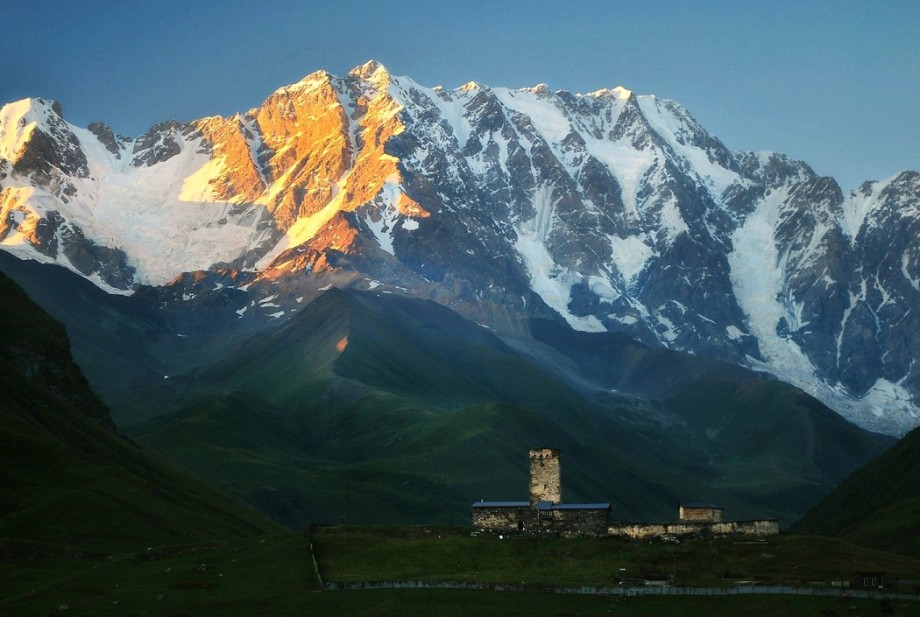 26. The highest point in this country is Mount Shkhara, which rises to a height of over 5 kilometers.

27. Corruption and bureaucracy have been practically eradicated in Georgia.

28. Weddings here are celebrated with a very large number of invitees. Among them are not only close relatives, but also friends of friends. Refusal to come to such an event can lead to serious aggravation of relations.

29. In Georgia there are still cases when the groom can steal the bride, but nowadays it is done with the mutual consent of the newlyweds.

30.Although young people here have a sense of respect for their elders, but most often they just call them by their first name, including the children of their parents. 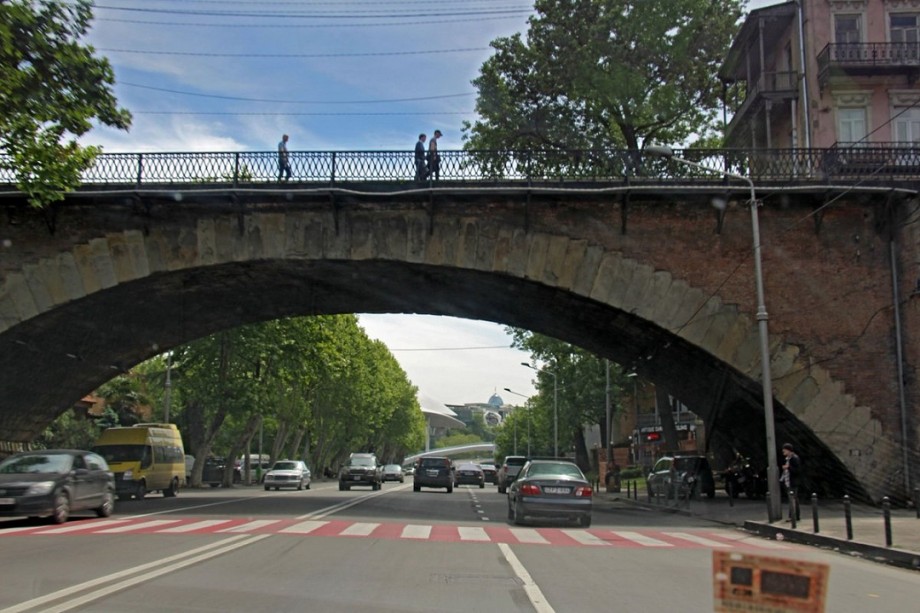 31. When you come to the historic center of Tbilisi, it is necessary to walk along the Dry Bridge to the Madata Island. Originally the bridge was named Nicholaevsky, but after the Soviet period, the Kura River arm was drained and the island ceased to exist, a road was built under the bridge, and people began to call it Dry.

32. Here throughout the country, road and cultural signs are duplicated in Georgian and English. 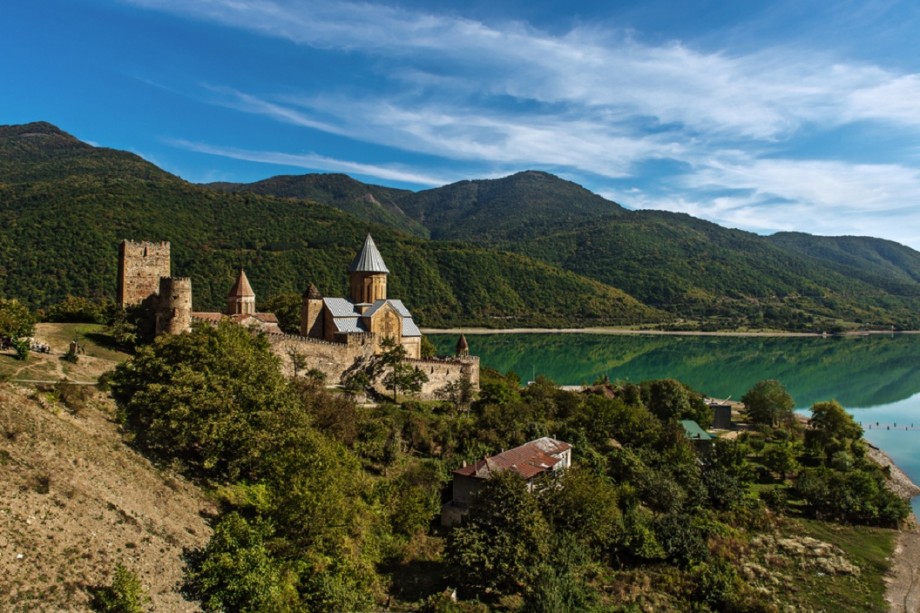 33. Family relationships and kinship ties are very strong here, and the words of the father do not stand up to criticism.

34. The Georgian song “Chakrula”, in 1976, was sent into space by NASA as a message to the alien races, so that they could appreciate the musical abilities of mankind.

35. In Georgia, near Kutaisi, the famous poet Vladimir Mayakovsky was born and grew up. 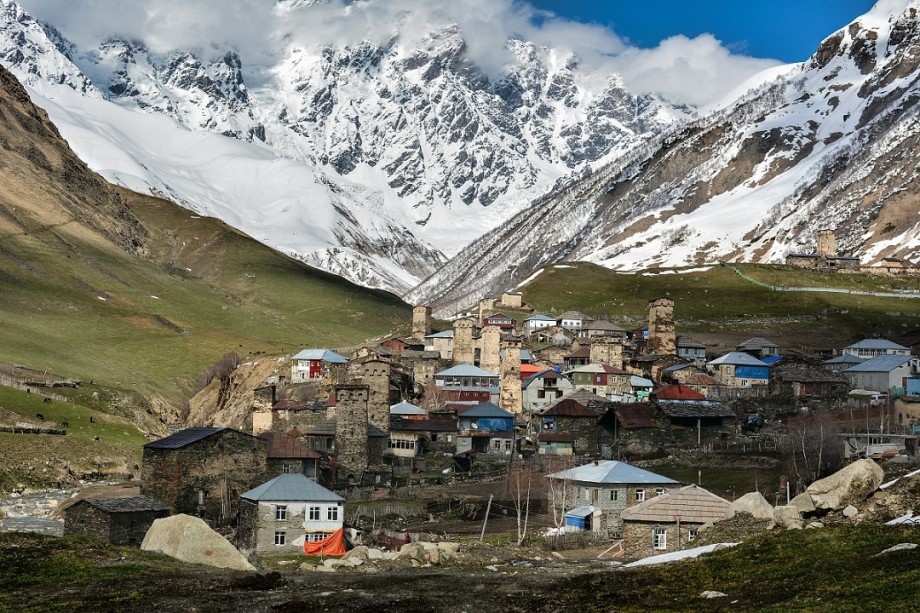 36. The Georgian village of Ushguli, which lies about 2.3 kilometers above sea level, is one of the highest altitude settlements in Europe.

37. Every second inhabitant of this country is involved in agriculture in one way or another. At the same time only 16% of the Georgian territory is suitable for agriculture.

38. In 2006, in Europe and the UK, the best-selling singer was a native of Georgia. In the fall of that year, she was listed in the Guinness Book of Records for performing the world’s deepest concert at a depth of 303 meters in the North Sea.

39. UNESCO has recognized the Georgian national songs and dances as world cultural heritage.

40. The famous Russian politician, Sergey Lavrov, was also brought up under the warm Georgian sun. 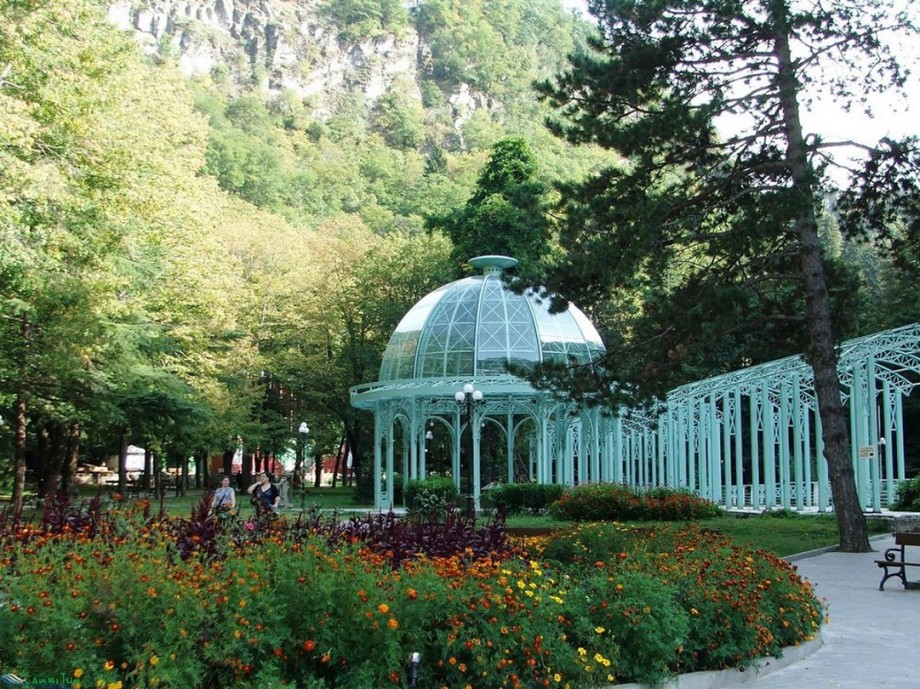 41. On the territory of Georgia there are more than 2.5 thousand mineral springs. That’s why the capital of the state, the ancient city of Tbilisi, is erected literally on mineral water.

42. The most convenient way to travel in Georgia is hitchhiking. Any driver, whether in the center of Tbilisi or in the highlands, will stop and give a ride to a hiker, and he will do it completely free of charge. You will not be able to keep silent during such a trip, you will definitely hear many local legends and will most likely be invited to visit. It is impossible to refuse, as well as from a feast. 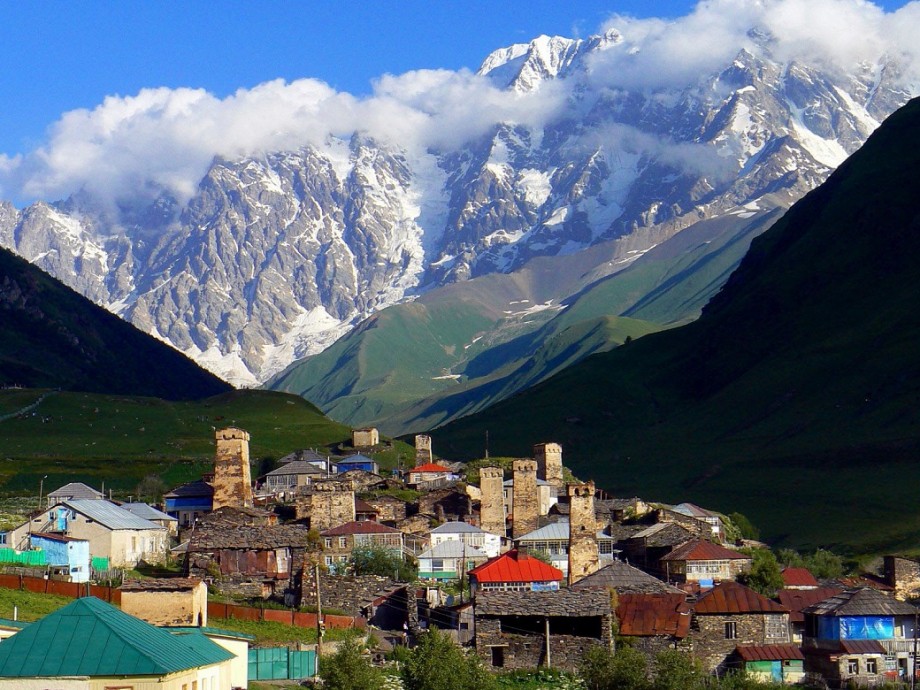 43. The locals are very hospitable, and refusing an invitation to visit can be taken as a personal insult. There is a legend that time spent with a guest does not count as years lived, isn’t that why there are so many long-livers in Georgia?

44. Georgia is one of the ten safest countries in the world for foreign tourists. Therefore, there is no need to fear for your life and property here.

READ
The Tyrol, Austria - a sports paradise in the shadow of the Alpine giants

45. The only people who speak Russian here are Georgians of Soviet age, the younger generation focuses on English. However, with the development of the tourism industry and the increasing flow of Russian-speaking tourists, the demand for young people with knowledge of the Russian language is constantly increasing.

46. In the early 2000s the country began to develop tourism, including winter tourism, and now there are several modern ski resorts: Gudauri, Bakuriani, Tetnuldi and Goderdzi.

47. Georgian cuisine is recognized as one of the best in the world. There are more than 250 types of cheeses alone.

48.In the national Georgian cuisine there are dishes that must be eaten only with the hands – shashlik and khinkali. Even in restaurants they are served without cutlery.

49. Georgians are very fond and proud of their homeland. Even when they go abroad, they try to come back after earning money, or they live in a foreign country, but they never forget who they are by blood.

50. Georgia is an amazing country! It is very popular with Russian tourists.