“Alley of Fame” in Comrat

Comrat, the capital of Gagauzia, is a colorful city. Here you can see both modern buildings and relatively old ones. Comrat inhabitants have a measured way of life and you can see spontaneous sales points, where locals sell fruits and vegetables from their gardens. They are always hospitable and warm to their guests, and they gladly guide them through the excursions, showing them the local attractions and telling them about the traditions of their people.

The Gagauzians are generally considered a mysterious people. Firstly, because the secret of origin of these courageous people is still unknown, and secondly, because the tourist direction of this country is very poorly developed. However, there is a lot to see here, and those lucky enough to be here will always have something to remember.

Gagauzians speak Russian fluently, but they also speak Gagauz and Turkish. That is why, almost everywhere, you can see signs with inscriptions in both Gagauz and Russian, and young people often enroll at Turkish universities.

Gagauzians are very patriotic people, who love their land and honor their history. That’s why there are many symbols of patriotism, such as: a monument to the heroes-liberators, a monument to the tankers and the Afghan warriors. In this article, we’ll tell you about the “Walk of Fame” – a landmark that has its own history.

How it all began. 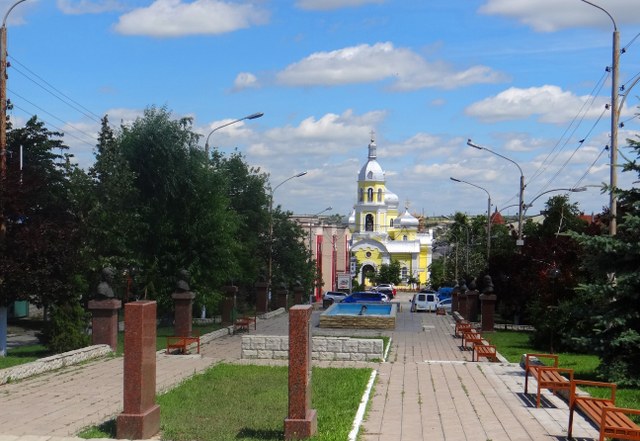 How it all began.

In 1997 the local authorities decided to create “Alley of Fame” in Comrat. The list of such people included writers, poets, fighters for justice, patriots, prominent Turkic activists, scientists, and other celebrities, whose names are honored and revered by Gagauzians.

After the project was approved, the question on the place of the alley was raised and practically unanimously the street Andrey Gatsalan, revolutionary of 1906, who has left a bright trace in the history of people, was chosen. The street is located in the center of the city and leads to not far from it important monuments of culture and history. Therefore, the location was very well chosen.

But due to lack of finances and bureaucratic problems the project could be realized only after 19 years. A solemn opening ceremony of the “Alley of Glory” was held in summer 2006, on the occasion of the first Gagauzian Congress, which was attended by the heads of the city and other significant persons. 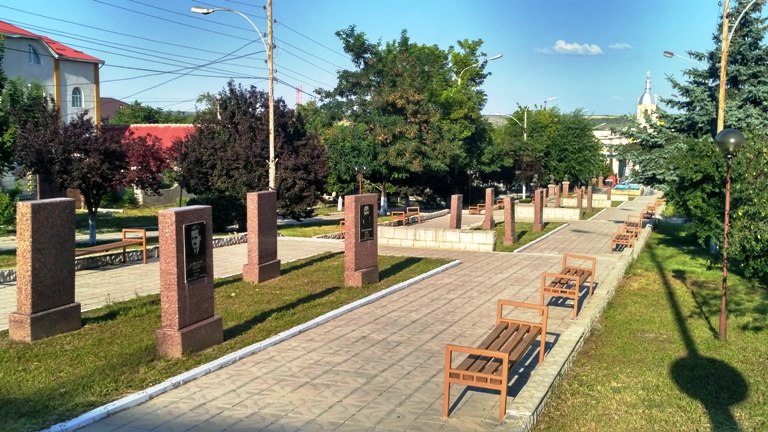 This neat park is located between National University of Gagauzia, John the Baptist Cathedral and the cinema that was closed for renovation, where the independence of Gagauzia was declared on August 19, 1990.

There is a rectangular fountain in the middle of the alley that divides it into two parts. There are bronze busts of politicians and famous people who have visited this region. On the other – the busts of artists. Young trees have been planted along the alley, and the pedestrian paths are paved with paving slabs.

In a word, the illuminators of the Gagauz culture, intellectuals and prominent people of the past and present are depicted here.

Not far from the “Alley of Glory” there is a park, where you can relax after seeing the sights. There are very beautiful plantings, small cozy cafes, where you can have a snack or drink real Gagauz wine. And it is really very tasty here. 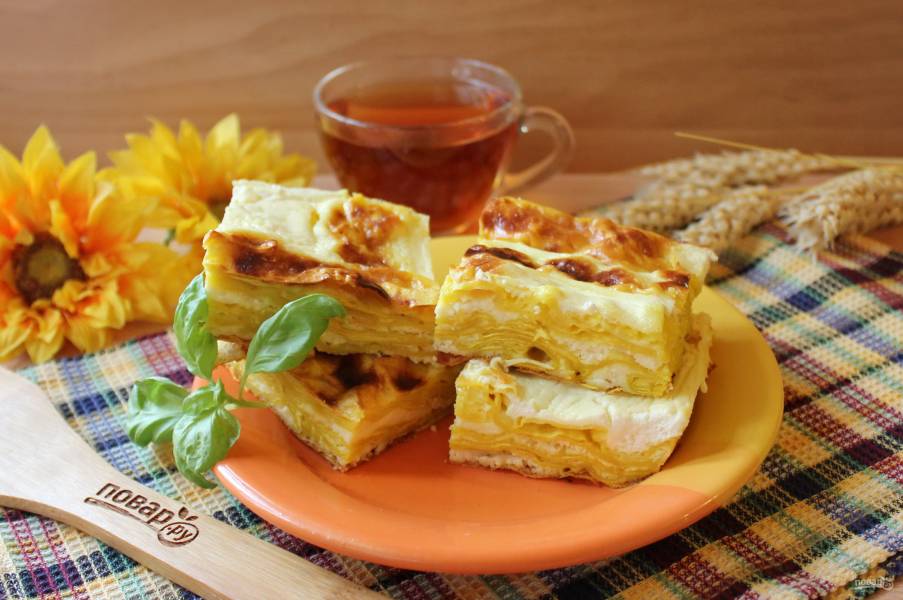 If you want to taste traditional Gagauz dishes, we recommend you to try a puff pastry with curd, called kyvirma , and a small flatbread with various fillings – gozleme . Traditionally it is stuffed with feta cheese or sheep milk curd (nuur), but it is also prepared with minced meat, egg and spinach. In a word, it is a treat for people with different taste preferences and will surely please everyone.

But it’s not all pretty and simple.

But, back to our walk along the “Walk of Fame”. Of course, this place is an ornament of the Gagauz capital, a place where you can take a walk, have a rest, and a part of the people’s history, visited by guests and delegations coming from abroad.

Therefore, from the very beginning the Comrat inhabitants were enthusiastic about the idea of creating such an alley. They were sure that this corner of their city will become not just one of the favorite places to visit, but also a visual history for the residents of the city and visiting guests. 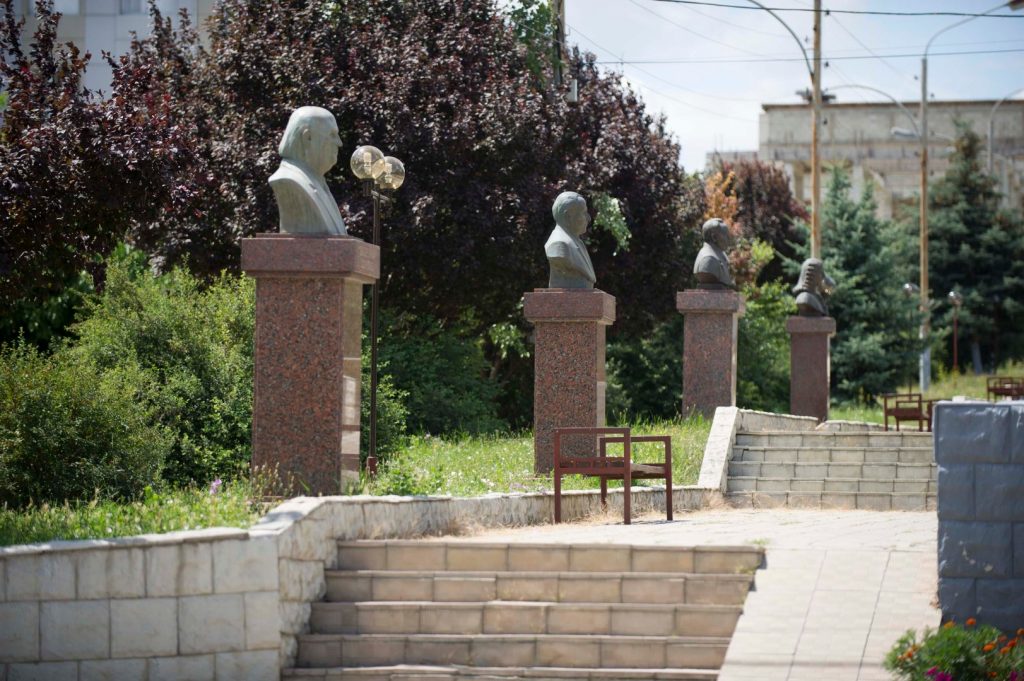 But it wasn’t all that beautiful and simple.

What was their disappointment when among so many world-known people, such as presidents of Azerbaijan, Turkey and Kazakhstan there was no place for real, true heroes, sons of the Gagauzian people who performed real feats and glorified their country.

In the opinion of ordinary residents of the town, there is an excess of busts of those who have nothing to do with the Gagauz people. There are also rumours that new sculptures being installed over the last years are purely political tricks of top-ranking officials of Gagauzia who are trying to “belittle” important politicians from other countries this way. 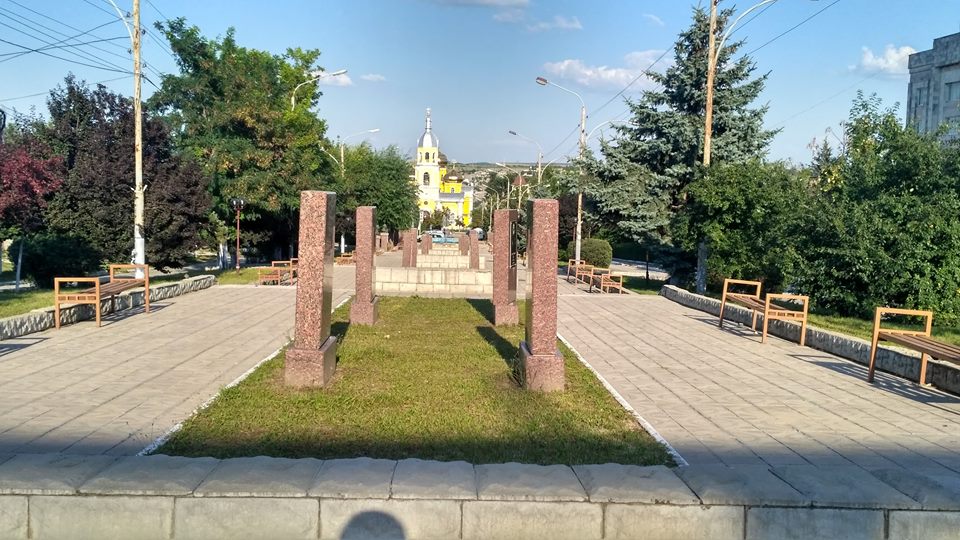 Residents of the capital are even more indignant about the part of the alley where plain tombstones were installed instead of bronze busts. That is why many call the Alley of Fame just another cemetery.

In recent years, following such harsh criticism from the people, some scientists and cultural figures, the alley has come under the scrutiny of new leaders who have promised to remove the tombstones and install beautiful obelisks in their place.

I hope that the event planned to give the alley a new appearance, will be realized and the guests arriving in Comrat will not see “Comrat graveyard”, but a proper “Alley of Glory”, where they can learn the names of the real heroes of this unique and mysterious country.