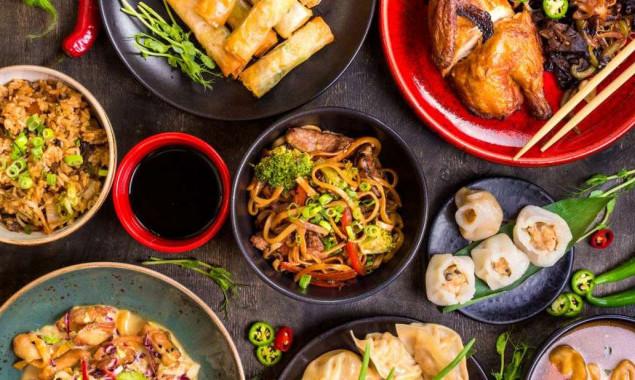 China is one of the most ancient and mysterious countries of the world with centuries-old traditions. National Chinese cuisine combines the culinary characteristics of each of China’s 23 provinces. Depending on the climate and geographical location of the region the main ingredients in traditional dishes vary. It is said about the Chinese that they eat everything created by nature. This does not mean they are indifferent to their diet. The cuisine is so diverse that residents of the southern provinces, tasting the food of their northern neighbor, believe that they have taken a virtual trip to the north of the country.

China’s national cuisine has been evolving for more than 3 millennia. The first recipe book was compiled 1,500 years ago. Even back then, there were tea houses and eateries in the Celestial Empire. Chinese cuisine was formed under the influence of ancient Chinese philosophy. World-known Confucius dedicated his works to correct nutrition even in the IV-V centuries B.C. They became the basis of Confucian cuisine traditional for Shandong province.

Ordinary Chinese rarely ate their fill, so they used a wide variety of foods for cooking. Their main precept was the idea that there was no such thing as bad food, only bad cooks. Obligatory use of herbs, spices and vegetables with other products is a national feature of Chinese cuisine.

Balance of products creates three major characteristics of each dish: exquisite aroma (xiang), taste (wei), color (se). This condition is the basis for the art of cooking Chinese food.

Until recently, the cuisine of China was strictly class-based. The common people were not even aware of the products consumed by the nobility. Modern exotic recipes used everywhere in Chinese restaurants allow everyone to try them without exception.

On the tables of the nobility there were absolutely original dishes of meat, seafood, exotic fruits, containing up to 30 different ingredients. Golden tea was intended only for the emperor’s table.

Despite the immense range of Chinese cuisine, there are certain rules of cooking, which are observed in all provinces. The Chinese treat food with respect, believing that it is served by Heaven . Eating is a national ritual observed for many centuries.

Important! According to Chinese canons, food can’t just be tasty, it must be healthy and even therapeutic.

Menu of holiday dinners includes up to 40 different items. Each guest is served a portion of rice in an individual bowl and chopsticks, other dishes are displayed on the table in common dishes. Great attention is paid to serving. All components of dishes are figuratively cut in the form of petals, straws, spikelets, skillfully laid out in the form of animals, plants and even small landscapes.

A whole product, cooked in its entirety, is very rarely seen on Chinese menus. In most cases it is a fish from which all bones are carefully removed so as not to destroy the original shape. Every meal begins with a tea party. Green tea is served without sugar or milk. It is followed in sequence by cold appetizers, rice with gravy, rice wine, broths or soups, and tea with added butter. This order has long been recognized as ideal for digestion. 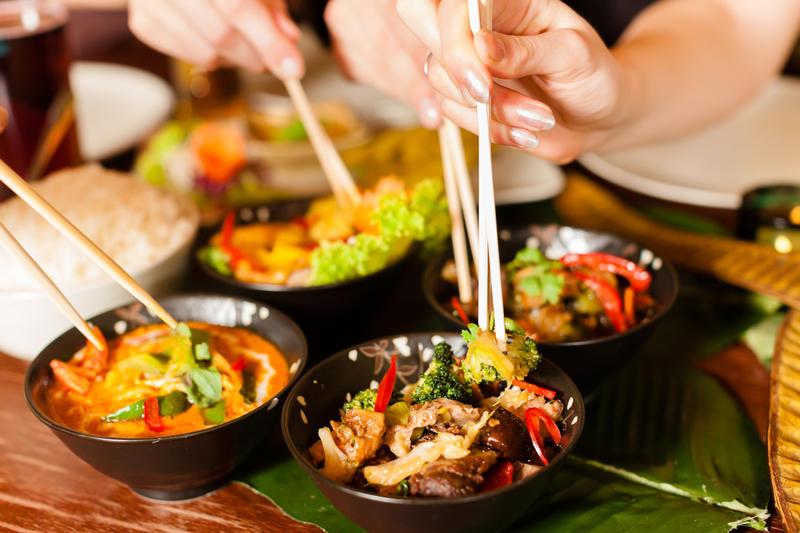 The Chinese sincerely do not understand why cooked fish should smell like fish. Why should it be processed then? That’s why only in China can you find meat that smells like fish or has a fruity aroma. A real Chinese dish is never overly greasy or unleavened. Another national peculiarity is the slow meal, as a sign of respect for the food and the master of the house.

There is no “dessert” in China because sweet is meat, soup, and side dishes. At the end of dinner, the Chinese eat fresh fruit. Steamed cakes, fortune cookies, and mooncakes (yuebin) are popular among sweet dishes. In Chinese recipes, most sweets are steamed.

Interesting! There are 3 levels of traditional Chinese cooking: casual, festive, and ceremonial.

Casual is homemade, with affordable dishes of rice, meat, and vegetables with sauces. Festive dishes are served in local restaurants and feature varied and unique menus. Parade (Mandarin) – the cuisine of the Chinese nobility, served at official state receptions and in elite restaurants.

Eight dishes you must try in China

8 (considered by the Chinese as a lucky number, like the inverted sign of infinity) interesting dishes to try while in China: 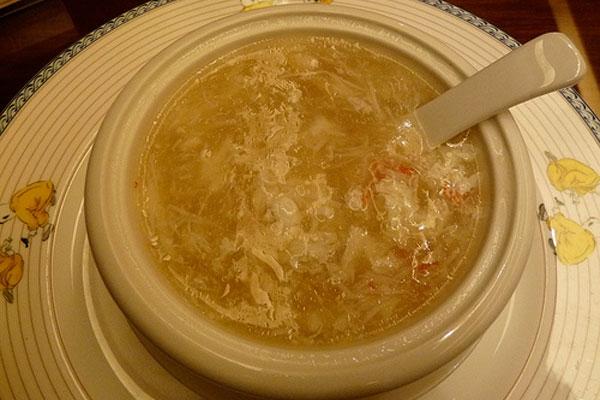 Interesting! There are two versions of the origin of the dish. According to one, the recipe was brought from Taiwan to this country by the Chinese ambassador. According to the second one, the recipe was invented by Chinese soldiers who were blocked by Genghis Khan’s army on a rocky island where the only inhabitants were swallows hanging their nests in the rocks. The soldiers made soup from these nests so that they would not die of hunger. The soup turned out to be delicious and became a delicacy.

Interesting! According to legend, a chef from Hunan province was ordered to cook carp for the emperor, but not to make it look like a fish. The cook took out all the bones from the fish and gave it the shape and orange-brown coloring of a squirrel. Although the resemblance turned out to be distant, the emperor was not enraged. The dish had a tangy taste without the smell of fish. 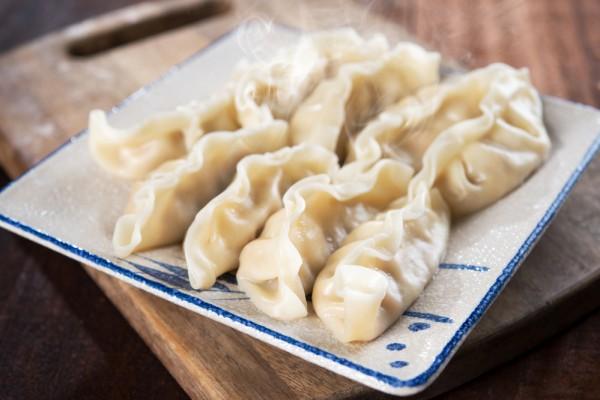 Interesting! This recipe is over 600 years old. According to one legend, the owner of a small establishment had a few ducks that liked to lay their eggs in a trash heap on the clay soil. There was also ash from the stove, rice husks, and leftover tea poured out. The owner took the eggs out regularly, but some of them remained in the trash heap. So one day he found a few, covered in clay. When he removed the top layer and the shell, he saw a heavily darkened white with a frosted pattern. After tasting it, he discovered that it was edible and had an original flavor.

Some Chinese dishes are quite possible to make at home. They are unlikely to be an exact replica of the masterpieces of Chinese chefs who know the secrets of pre-processing and cooking, but it’s still worth a try. 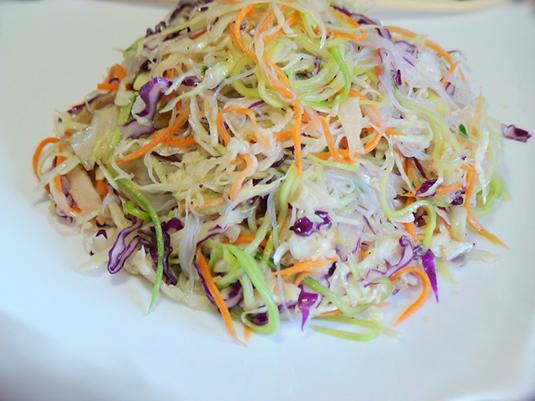 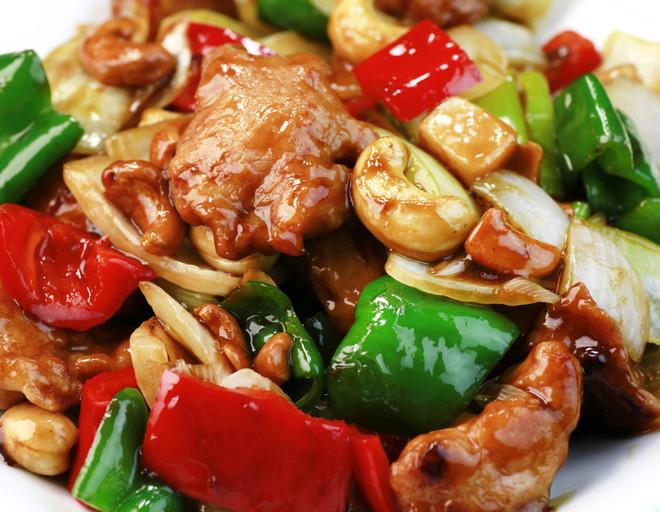 Gongbao chicken is traditionally served with rice. Step-by-step Chinese recipes with photos, which can be found in cookbooks and on thematic websites, help in the preparation and allow you to see the correct design of the dish before serving it to the table.

Chinese restaurants are open in many countries around the world. This cuisine is considered one of the most popular and favorite. Numerous reviews of Chinese cuisine in most have a positive nature. The Russian person should be cautious about trying particularly spicy Chinese dishes, which are unaccustomed to the Slavic stomach. To really enjoy the work of the cooks, you should ask in advance about the composition of the prepared dish. And you should also remember that Chinese dishes are neither too fatty nor too bland. It is a sign of “wrong” Chinese cuisine.