In the heart of the green continent is the second largest city in the Australian state of the Northern Territories, Alice Springs. A well-developed economy makes Alice Springs one of Australia’s wealthiest cities. It is located in the “red” center of the country, so named because of the color of the local soil. It is a must-see for visitors who want to experience the real Australia and its unique beauty. Alice Springs welcomes more than 500,000 travellers every year.

Alice Springs was founded in 1870 as a small settlement near the telegraph station, located midway between the south and north. The town received its name after the nearby spring of Alice Springs. It is now the largest city in the Northern Territories, with a population of about 27,000. Alice Springs is the same distance from such major Australian cities as Adelaide and Darwin. It is also the center of the rail and road branches that link the north and south of the mainland.

The weather in Alice Springs is characterized by drastic changes in temperature. Sometimes the difference reaches up to 30 degrees. During the summer, the temperature during the day warms up to +38 degrees, and sometimes reaches an absolute maximum of +48 degrees. At night the city is cooler and more comfortable. During the rainy season, the thermometers dip to +15 to +20 degrees. The weather in Alice Springs is more stable in the fall. In winter, it is quite cold in the city, sometimes freezing down to -10 degrees Celsius. Basically, the climate in the region is quite dry, as rainfall is irregular and small. 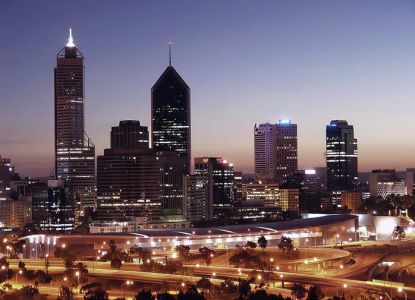 Attractions of the city

Undoubtedly, the main attraction of Alice Springs is considered to be the unique Mount Uluru. This is a huge rocky “table”, rising almost 355 meters above the surface of the desert. This mountain was formed in the Archean era. The foothills of the McDonnell Range attract tourists with their landscapes, deep gorges, red rocks, and green oases. Not far from Alice Springs is the legendary Arltangu, the so-called “ghost town” abandoned by locals during the gold rush. And to the west of Australia, about 320 kilometers from Alice Springs is the country’s mysterious place, Kings Canyon.

It will be interesting to visit the old Stewart Prison, which is considered the oldest structure in the city on Parsons Street. It is a memorial of sorts, a reminder of the hardships endured by the first inhabitants of Alice Springs. Tourists can learn about the local flora and fauna at the Pitchie Ritchie Preserve, which is located at the southern point of town near the Heavitree bluffs. And the Central Australian Museum of Natural History or the Aviation Museum are a lot of fun.

Holidays in Alice Springs are sure to please tourists with a huge variety of nightclubs, casinos, museums, restaurants and cafes. Vacationers have the opportunity to get to the holidays and festivals that are held here every year. Very popular are camel rides. Adventure lovers go to fly in a hot air balloon and admire the panorama of the city. If time permits, you can visit the Reptile Center or the Desert Park, the botanical garden or the old telegraph station. There are also extreme races along the Todd River or through the desert for tourists.

Alice Springs, like all of Australia in general, has many good colorful hotels. Tourists can choose a luxury hotel, budget hotel, or even a campsite, depending on their wishes. It is not difficult to rent an apartment or make an apartment. Accommodation in the city is equipped with everything you need for a comfortable stay. Very often tourists stay at Desert Palm Resort, Bond Springs Outback Retreat, Alice Springs Plaza, and Ooraminna Homestead hotels.

Alice Springs has many wonderful cafes and restaurants, among which every tourist will find a place to their liking. Australian cuisine is popular in the city’s restaurants, especially the local baramandi fish dishes and some of the wines that are produced a few kilometers away from Alice Springs. Alice Vietnamese is recommended if you’re planning a romantic dinner, or Barra on Todd or Monte’s Lounge if you’re having a friendly get-together. You can also grab a bite to eat at a pizza place, steakhouse, or a food delivery service.

Alice Springs’ reputation as “the perfect small town for women” comes from its excellent shopping. Not only tourists enjoy shopping in the city, but locals as well. Alice Springs has a huge number of boutiques, gift shops, specialty stores, malls, supermarkets, and gift stores where visitors can buy great merchandise at bargain prices. Major shopping complexes include Coles, Bi Lo, and Woolworths. 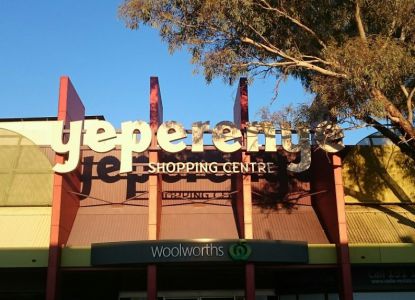 Until a few years ago, Alice Springs was considered a relatively safe city, but now one cannot say that with certainty. Recently, walking the night streets of the city is not safe, so tourists are advised to stay in hotels or hotels at night. And also observe basic security measures: close your car at night, do not leave valuables in a conspicuous place and, leaving the room, be sure to lock it. If local natives ask you for money, cigarettes or food, it is better to refuse them and, without engaging in conflict, try to leave quickly, otherwise you may be beaten.

How to get to Alice Springs?

Tourists can get to Alice Springs by air, but the airport only accepts flights from major Australian cities. You can also get to the city by The Ghan train between Sydney and Alice Springs. Very often it turns out that the air ticket is much cheaper than the train ticket. The trip by car will take 3 to 4 days, depending on which city the trip starts from.

Alice Springs is well served by public transportation. The Daily Express bus company runs buses around the city. The bus service is stable, but there are not many routes. In addition, rail transport runs to some centers of Australia. Those who wish can use the services of a cab. And there is also an airport in Alice Springs, which receives flights from major cities in the country – Adelaide, Cairns, Darwin, Brisbane, Broome, Perth, Sydney and Melbourne.

Alice Springs is the second largest city in the Northern Territory state. It is located near the southern tropical circle (Tropic of Capricorn). The town is located on the southeast side of the Macdonald Range with an elevation of 1,531 meters. It is one of the most remote and isolated parts of the Australian continent. Anywhere you go from Alice Springs you have to cross hundreds, and in some cases even thousands of kilometers of desert to reach the ocean shore. Here you can find a special charm.

These parts of Australia are saturated with thousands of years of Aboriginal culture. Some 300 kilometers from Alice Springs is one of the continent’s greatest landmarks, Urulu Rock (or also known as Ayers Rock). It is the center of Aboriginal culture. There are drawings on the walls of this sacred rock, which, according to the local natives, tell the history of the world. This part of Australia, also known as Outback, attracts many tourists, but tourism is still just “maturing.” Here come mostly people who like adventure, who are worried about getting into something ancient. A place that has not changed for millions of years. The hotel base here is still not very developed, and most visitors fall into the category of sightseers. That is, these are the people who, after visiting the local attractions most often go to the coast and do not stay here for long. In fact, those who do not stop here for at least a few days will be lost as the true beauty of Alice Springs and its surroundings are not visible at first glance. Besides Urulu, there are many other places to see in this part of Australia.

Alice Springs itself is a small town of about 30,000 inhabitants. The town is surrounded by fiery red rocks and sparse vegetation. It is difficult to find shade on the streets of this town. It rains so rarely that when it does, it becomes a major topic of discussion among the locals. Temperatures are high throughout the year. During the southern winters, it is 20 to 25°C during the day. If rain happens, it will most likely happen during the winter. Summers are scorching. The heat can exhaust even the biggest fans of sun and high temperatures. People here only go out in the early mornings and evenings. Temperatures in the 38-45°C range are considered commonplace. And these are temperatures in the shade. Because the buildings in Alice Springs are low, the sunrise and sunset offer beautiful views of the red surroundings, which become even more fiery at this time of day. If traveling to Alice Springs, you must be very careful about venomous snakes and insects, which are not in short supply here. If you visit a local counselor, he or she can tell you not only how to avoid encountering some of the more dangerous members of the local fauna, but can also direct you to a cool spring among the fiery scenery of the McDonald Ridge where you could swim, swim, and refresh yourself in peace. Such places are a true oasis in the desert landscape.

READ
Where to stay in Trieste, Italy. Tips and best areas

Today the red heart of Australia, and Alice Springs in particular, gets between 300 and 400,000 visitors, which is 10 times the number of locals. In fact, tourism and mining are the main sources of income for the local population. If one decides to go to Alice Springs one should consider transportation options well. The best would be to fly to one of the major Australian cities and from there take a small plane to Alice Springs. There are of course other options – bus or car. There are rail connections to the south coast and Adelaide. Keep in mind though that the distance from the nearest state capital, Darwin, of 1000 kilometers is quite tiring, especially considering the terrible heat. On the other hand traveling by car, you will see landscapes that are really worth it. Alice Springs is a destination for real adventurers and people looking for a strong experience and who want to see something truly unknown and very exciting.