Where to go with children in Dresden? 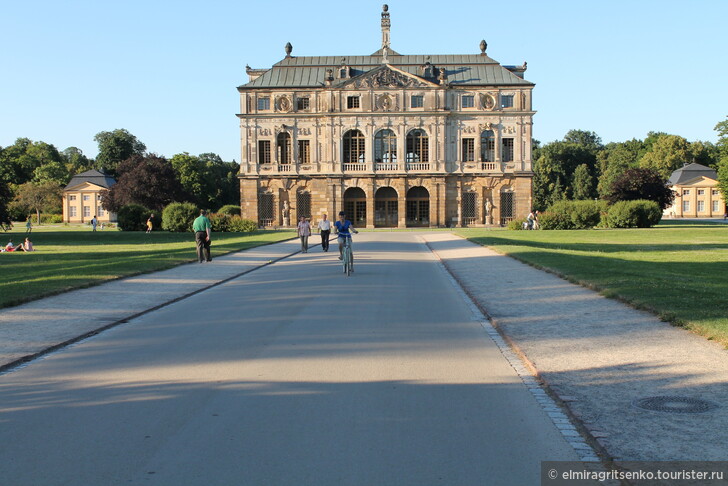 Dresden Zoo is small, but cozy and not inferior to others in the variety of inhabitants – you will see animals and birds from all continents.

The feeding schedule for the animals is on the zoo website.

Just five steps from the zoo begins a magnificent old park Grassegarden (Great Park) with ponds. It stretches for two kilometers, and back in the days of the GDR there was a miniature railroad with five stations. After the ride don’t forget to have some ice cream and cake at Karola Schlosschen (Karola’s Little Palace) and feed the enormous carps, ducks and swans from the romantic humpback bridge! And then rent a boat and go for a ride on the pond.

On the way to the Botanical Gardens you can admire Saxony’s first baroque palace, beautiful examples of garden art and, in season, rhododendrons in bloom.

The Dresden Botanical Garden is more than 200 years old and has so much to offer! Mammoth trees, papyrus, bamboo, cocoa, cacti, orchids. In the tropical greenhouse, yellow-headed turtles bask on the walkway, and Victoria regia with huge leaves grows in the aquatic plant pavilion. Admission is free! Oh yeah… there are totally tame squirrels living in the park and garden, so don’t be surprised if one tries to climb on your shoulder! 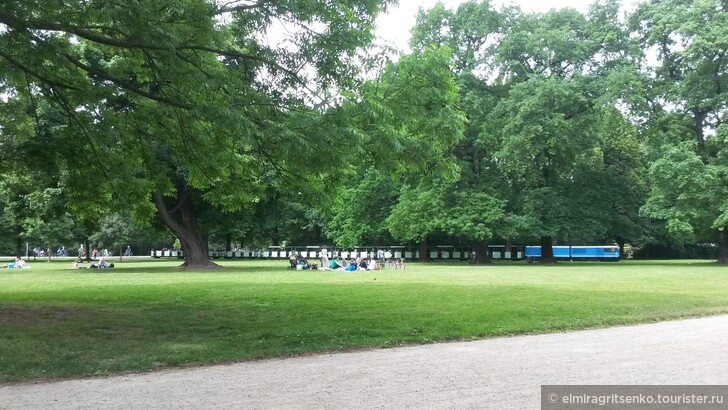 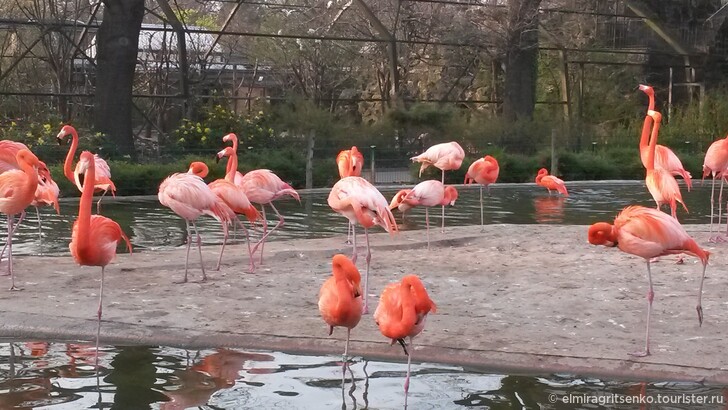 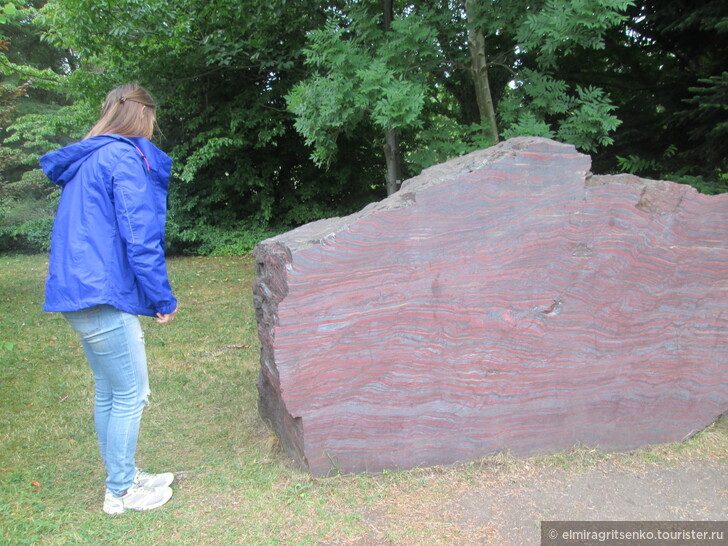 2. Hygiene Museum If you walk out of the Grossegarden Park through the main alley, you will find the hygiene museum right in front of you. School students who are interested in biology and the natural sciences will find it interesting. What about schoolchildren, even doctors hang out here for a long time!

Actually now it is devoted not only to hygiene (it was actual at the beginning of the 20th century when it just opened). Now it can be called a museum about health and the structure of the human body. There are a lot of interesting interactive exhibits, for example the device, which puts on, you can understand how a person feels in old age. 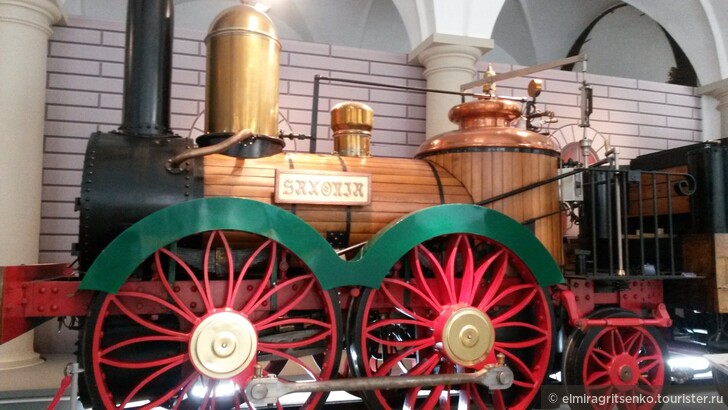 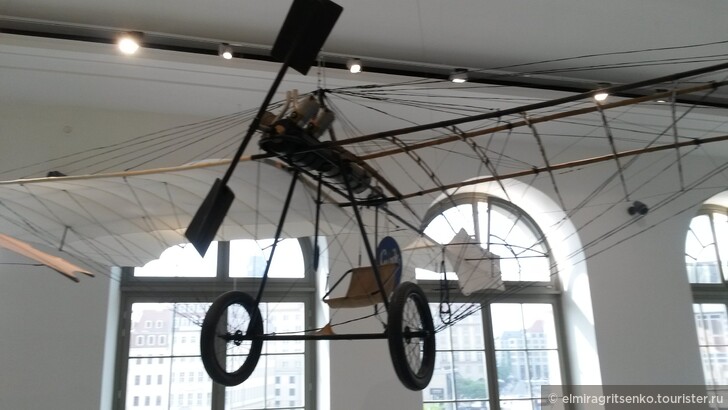 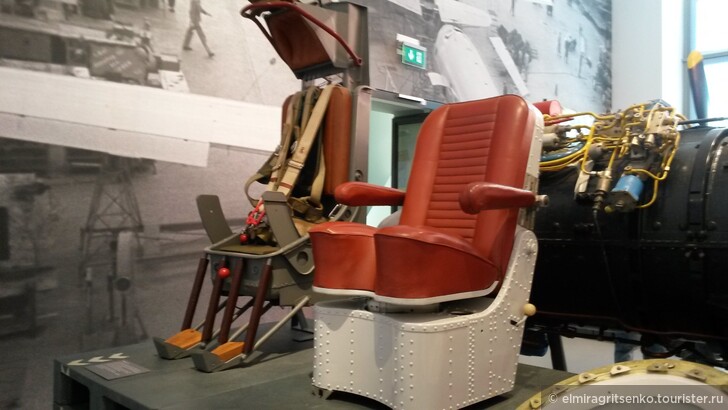 4. Journey by steam train to the country of fairy tales, trusty roe deer and funny raccoons

Small wooden carriages slowly pull behind a real steam locomotive with a huge black tube. You have time to admire the surrounding fields, forests and rivers. And from time to time the engineer gives a deafening whistle and a signal. And here you are in Moritzburg. Here on the island in the middle of the lake is a magnificent castle, in front of the entrance to the memory of the shooting of fairy tales “Three little nuts for Cinderella” left “the slipper” – be sure to try it on and make a wish! Not far from the palace there is a park, where deer, roe deer, moose, wild boars, wolves, otters, raccoons and others live. The deer are quite tame and are used to being treated by everyone.

There is also a children’s kletter-park there (if you don’t know, there are ropes and nets stretched between the trees, ropes are hanging, and you have to go the whole route without descending to the ground).

The park has a cafe, a special enclosure with domestic goats and goat cubs, they sell animal feed. 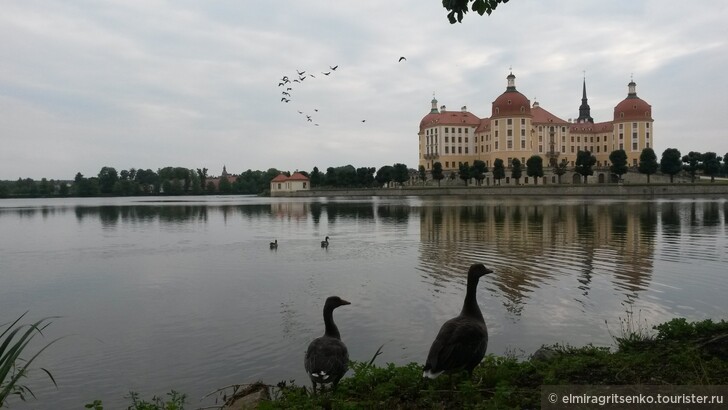 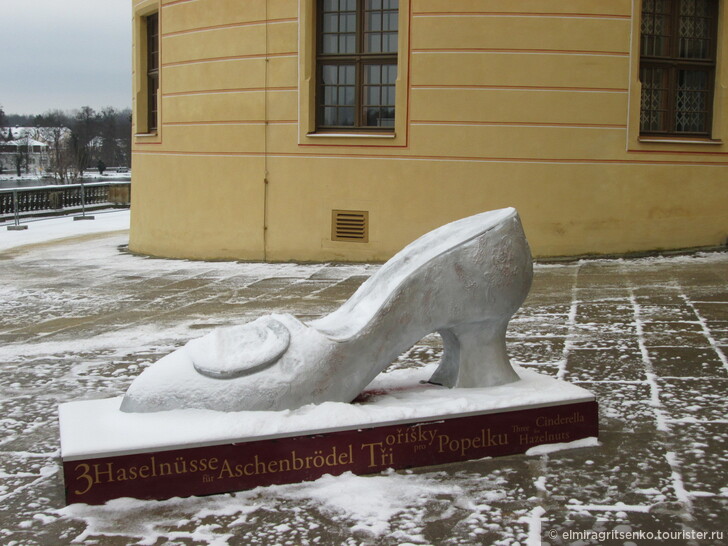 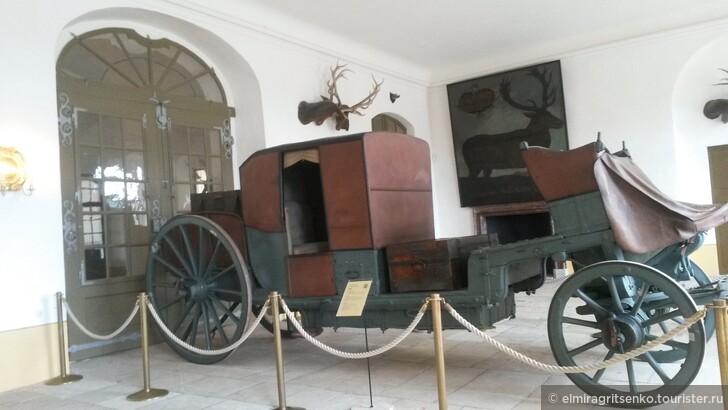 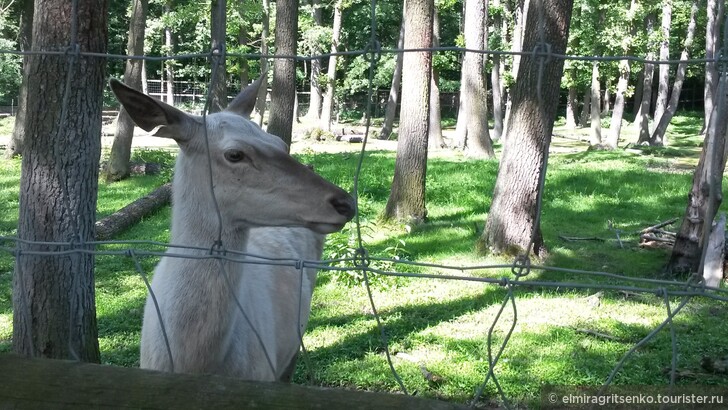 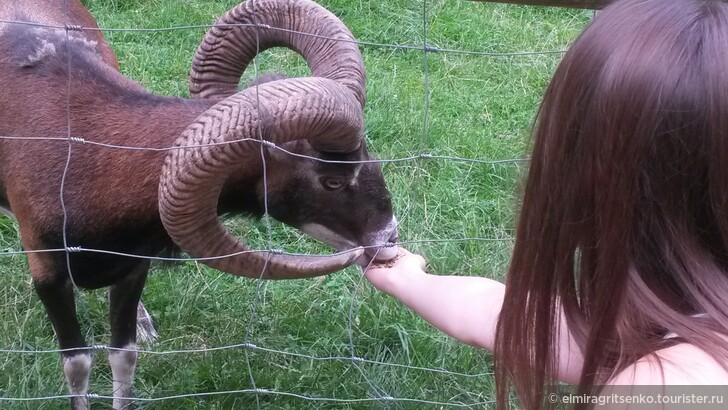 5. Riding on a paddle steamer and a cable car

Dresden has a cable car, and the fleet of paddle steamers is the largest in the world! To take the funicular, take the streetcar to the Blue Wonder Bridge, cross it, and find the funicular station at Kerner Square. You can return to the city center by paddle steamer.

The pier for the paddle steamers is located right at Brühl’s Terrace. Several times a day there are ferries to and from the Blue Wonder Bridge (non-stop), to Meissen, Pilnitz, Pirna and to the marinas in Saxon Switzerland (Bad Schandau, Königstein, Rathen, Wielen).

Where to go with the child in Dresden

Dresden is often called the “Florence on the Elbe”, the “Pearl of Saxony” and the “Most Beautiful City in Europe”. But Dresden is also a cosy place for children. About it tells Victoria Nauchatskaya – author of the new project Dresden for Kids.

So where to go if you decide to spend a weekend in Dresden?

The architectural complex Zwinger with its Gemäldegalerie Alte Meister (Old Masters Gallery) is a traditional starting point for exploring the city. Here you can find Raphael’s famous Sistine Madonna and Jean-Etienne Lyotard’s Chocolatier. There is also a Physics and Mathematics Salon, a porcelain collection and a sculpture collection. There are fountains, a pond with ducks, a small cozy cafe in the building of the complex.

Having crossed the road, we found ourselves in the historical center of Dresden. In the Residenzschloss we find the next batch of art: the copper engraving room, the “New Green Vaults” and the “Historic Green Vaults”, the Armory and the Turkish Chamber, the Coin and Engraving Room.

Walk along the Elbe along Brühlsche Terrasse (Brühlsche Terrace). From here you can take an old-fashioned steamboat cruise – there are even routes to Bohemia. Or continue on to the Frauenkirche (Virgin Mary Church), which is a remake, by the way – the original church was completely destroyed during the 1945 bombing raids.

And don’t forget the Semperoper opera. It’s said to have the best acoustics in Germany.

In my opinion, the classical program will be of interest to older pupils. And where to go with children, who want to touch and run everywhere?

The Museum of Transport

Not far from the Frauenkirche is the Transportation Museum (Verkehrsmuseum Dresden). It is not only children who are interested in this! It shows cars, motorcycles, vintage locomotives, talks about the history of air transport, and has a lot of interactive signs.

On the top floor is a large playground for children and a functioning model railroad. There’s also another children’s playroom where you can draw, read, build a construction set, and operate toy trains.

For older children the flight physics experiment room is excellent. Modern equipment, entertaining tasks, and full involvement in the process. Spend at least 1-2 hours here, that’s for sure.

For a more detailed immersion you can download a free audio guide to your smartphone, it is also available in Russian.

Don’t be embarrassed by the name of the museum! It’s not so much about hygiene as it is about the history of mankind, its health, human structure, diseases and culture. It is one of the most popular museums in Dresden: nearly 280,000 visitors a year!

The museum’s pride and joy is the Glass Woman (Gläserne Frau), a uniquely constructed model of a human being. You can press the buttons with the names of organs, and they will glow inside this figure.

Younger schoolchildren and preschoolers will enjoy the Children’s Museum (Kinder-Museum). This section of the Museum of Hygiene is dedicated to the five senses. Here you can not only touch, but also smell, carefully observe and listen. You can scream too – it’s a paradise for kids!

The museum building has a cafe and a cute store with a large selection of children’s encyclopedias and books about science.

Of course, Berliners aren’t surprised by zoos – there are four in Berlin, not counting the suburbs. But Dresden has its own Zoo Dresden.

It is compact, a child won’t get lost in it, and in general, it is focused primarily on families with children. There are several cafes and stands with ice cream and drinks, nice playgrounds for kids, and most importantly – animals. Children’s favorites are lemurs, orangutans, giraffes, meerkats… And a whole aviary of goats, which you can pet and feed.

We like this place so much that we bought an annual pass there. A helpful tip: the admission ticket is cheaper on Mondays.

From the zoo there is a separate exit to the Large Garden (Großer Garten), directly to one of the stops of the park train. You can ride it in a circle or get off at another stop. For example, near the small lake Carolasee – there is a nice cafe and boat rental.

Groser Garten is a favorite place of Dresdeners. Here people ride bicycles and rollerblades, have picnics, and concerts are held on the summer stage.

If you miss the informal atmosphere of Berlin, head to Dresden’s multi-culti district of Neustadt. There are an incredible number of small cafes, ateliers, handmade goods stores, and quirky playgrounds. Here is an “artistic” courtyard, which attracts many tourists – Kunsthof- Passage.

Want something out of the ordinary? How about taking a cable car ride and enjoying the views of Dresden from on high? Go to Loschwitz and take a stroll across the Elbe over the Blue Wunder bridge and into a biergarten.

There’s so much to see and do on the outskirts of Dresden.

Schloss Pillnitz, the country residence of the Saxon monarchs with a huge park and a 230-year-old camellia.

READ
Hiking in Latvia. Where to find the best trails?

Is your child into Indians? You’ll love the Karl May Museum in the nearby village of Radebeul.

And only 30 minutes from Dresden you will find the children’s center Oskarshausen – an analogue of Berlin’s Karls Erlebnisdorf, only without the strawberries.

And do not forget that Dresden is very close to Saxon Switzerland, about which Detsky Berlin wrote separately.

You don’t have to wonder what to do in Dresden.

Dresden for Kids, a new project with the support of Detsky Berlin, helps you get lost in the multifaceted world of Dresden.