10 amazing islands made famous by animals

Changing the balance of island ecosystems is easy. Accidentally or intentionally, humans disturb this delicate balance by bringing uncharacteristic wildlife to the island. The result can be both a series of amazing natural phenomena and a full-scale ecological catastrophe, which has been seen more than once in human practice.

It also happens so that the whole islands or even archipelagos are given to the “natives” or aliens from other lands for undivided use. The true masters of these islands we are describing are not humans, but animals. Some are extremely popular with tourists, while others should be avoided at all costs. 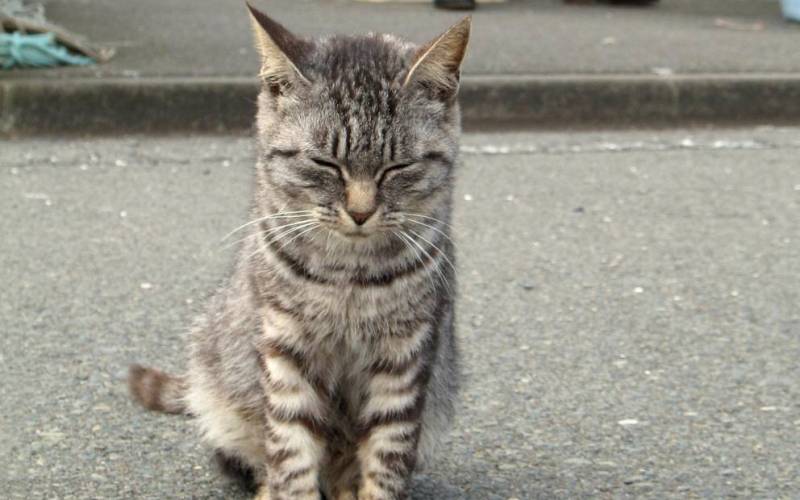 There are 11 small islands off the coast of Japan where semi-wild cats rule. Tashiro Island is the most famous among them. Here live only about a hundred people who are strictly forbidden to have dogs. The average age of the inhabitants is about 70 years old. Cats were brought here for the purpose of exterminating mice, which interfered with the normal breeding of silkworms. Later, when the problem was solved, the islanders noticed that the cats were excellent at predicting storms and tsunamis, and in gratitude for their superpowers, allowed to live on the island as they pleased. 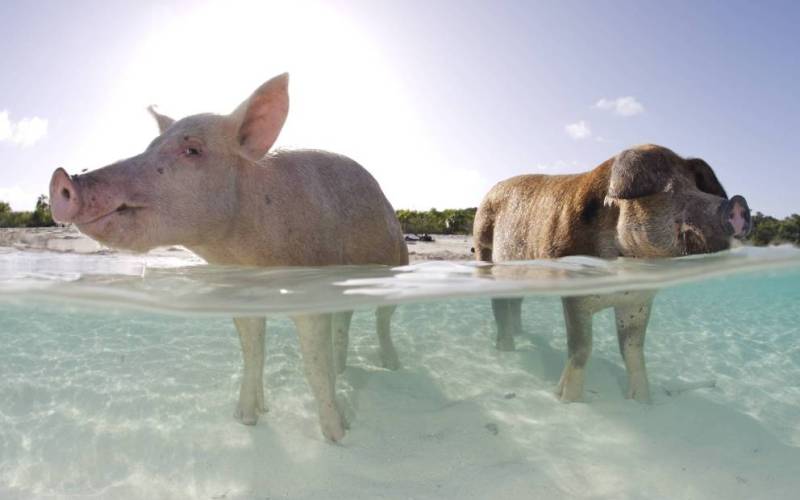 On Sau Island, better known as Pig Island, an entire family of pigs lives the carefree life of rich slackers. Discovered only in 2009, the island has ideal conditions for these unpretentious animals: there are many sources of fresh water, there are no big storms and no predators, and more recently, tourists have started to feed them. How the pigs got here is not known exactly, according to one version, they were deliberately left here in the distant past by sailors to have on the island self-replenishing source of food. Fortunately for the pigs, no one is going to eat them anymore. 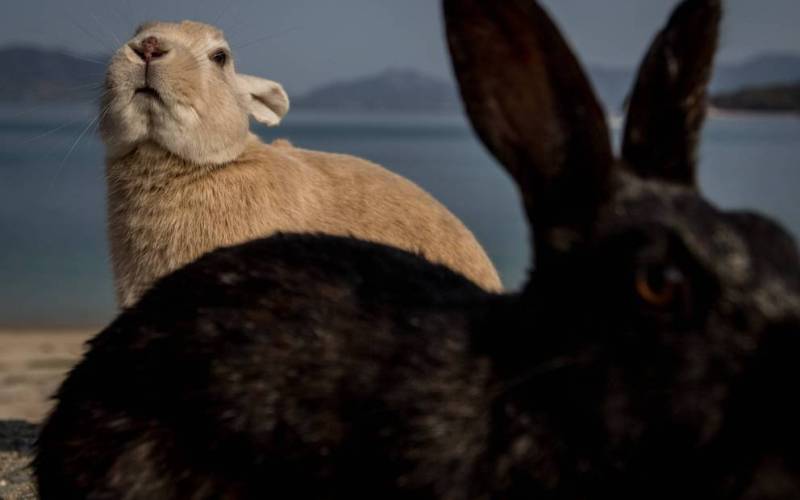 Okunoshima is a small island located in the Inland Sea. Filled with the cutest creatures, the island has a dark past: during World War II, a toxic gas factory operated here. Okunoshima was such a secret place that it was removed from the map of the region. At the end of the war, the deadly enterprise was shut down, and later a park and rabbits were set up in its place. To meet the friendly and numerous “residents” of the island, thousands of tourists come every year. 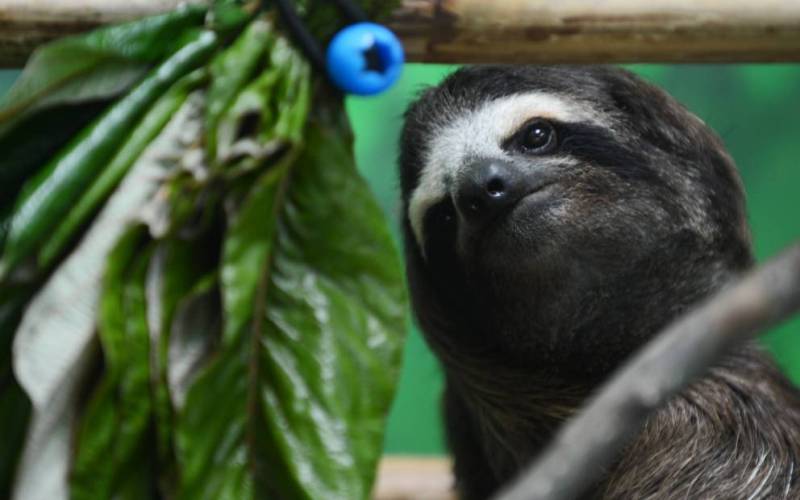 The sloths of Costa Rica

Technically, Costa Rica is certainly not an island, but it would be unfair not to include this place on our list. The Sloth Sanctuary has done something you won’t find anywhere else in the world: they’ve set up a sanctuary for sloths. More than 150 cubs of these amazing mammals, who are motherless or injured, are cared for here. 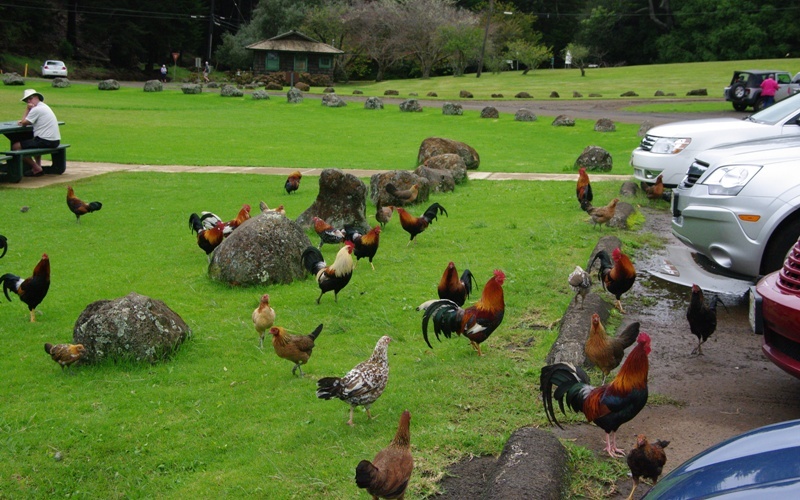 Chickens came to the Hawaiian Islands about two thousand years ago. They sailed here with the Polynesians, the famous sailors of antiquity. Chickens were raised for meat and eggs and roosters for fighting. In 1992, the idyll was broken by Hurricane Iniki over the Hawaiian Islands. After hitting Kauai with all its might, the storm scattered the chickens all over the island. Sensing freedom, the birds crossed paths with their wild relatives and quickly multiplied. The Hawaiians don’t even try to catch them: the meat of wild chickens is absolutely tasteless. Birds, which everyone has left alone, feel quite at ease on the island, and disturb people, filling the roads, beaches and golf courses. 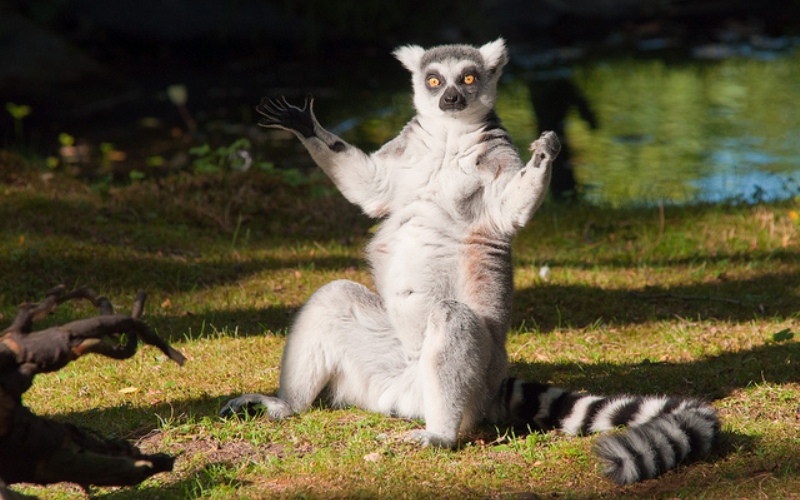 The Lemurs of Madagascar

These fascinating primates live only on Madagascar, an island near Africa, and on the Comoros Islands. Lemurs, of which there are about a hundred species in Madagascar, have become a symbol of the island. First and foremost, of course, the cat lemur or katta, known to all from the series of cartoons “Madagascar”. 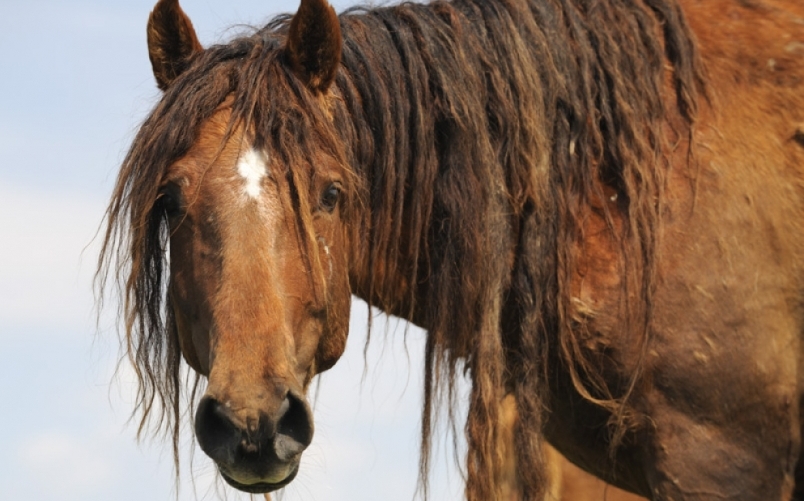 The Island of Wild Horses

On the island of Vodny on the lake Manych-Gudilo in the Rostov region lives in isolation from the outside world a herd of wild horses. This phenomenon is unique, only a few large herds of wild horses have been found in the world: on Assateague Island and Chincoteague Island in Virginia, USA, and Sable Island in Canada. How the horses got to Water Island is unknown, and it is not that important. For scientists, another fact is more interesting: how do mustangs, which have been interbred for more than 50 years, show no signs of degeneration? But that remains to be determined. 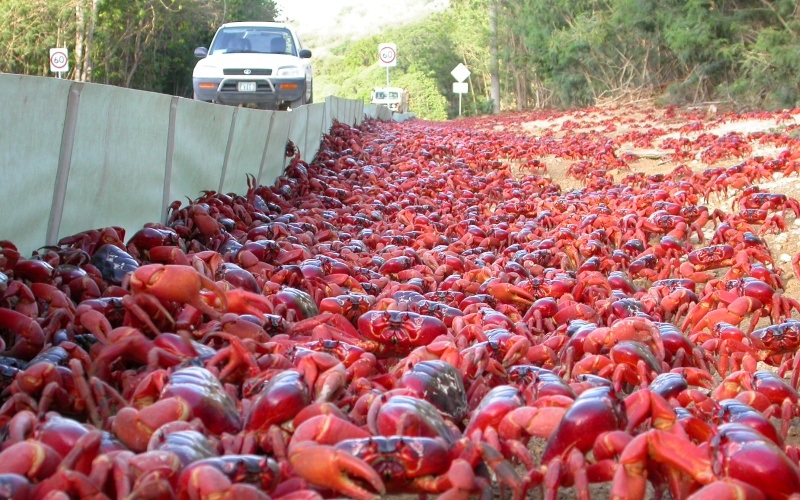 The island, named for the main holiday of all Christians, does look very dressy indeed, but unfortunately only in November. The red crabs, for whom this island is home, against a background of green vegetation resemble Christmas lights on a Christmas tree. Considering that the human population is only 2,000 people, and the number of crabs each year exceeds several tens of millions, it is easy to understand the expression “swarming”. 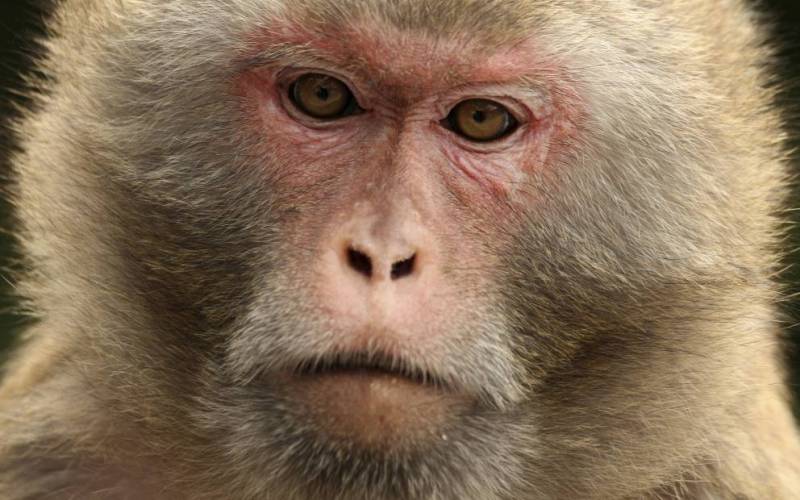 In 1979, the herpes B virus infiltrated a laboratory in Puerto Rico where test monkeys were kept. To save the animals, several hundred rhesus monkeys were put on Morgan Island, off the coast of South Carolina. Today, the island is home to over four thousand monkeys. They are allowed to roam freely all over the island, and only scientists taking tests interfere with their carefree life. 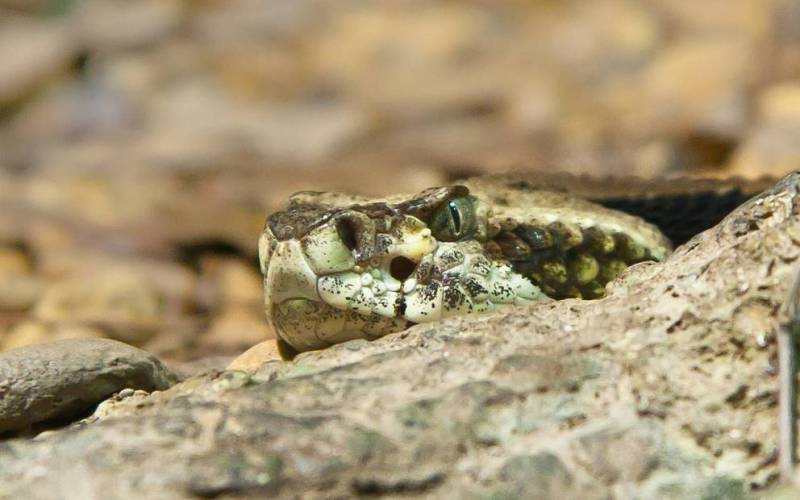 Queimada Grande is an uninhabited island off the coast of Brazil. People are afraid to live here and for good reason. The island has been chosen as its home by the island botrops snake, one of the most venomous species of vipers on the planet. Keimada Grandi is recognized as one of the most dangerous places on Earth. There is believed to be one deadly snake for every square kilometer of the island.