A Week in Kyoto, Japan

More than any other Japanese city, Kyoto combines modernity and the richness of Japanese culture. Kyoto has long been the capital of Japan and as such has a huge collection of historic buildings and sights in a relatively small area. Majestic pine trees are reflected in small ponds, fancifully shaped roofs can be seen from almost every corner, and numerous gardens and parks give the city a fresh and cozy feeling.

Since Kyoto does not have its own airport, those wishing to fly can safely take a ticket to neighboring Osaka. From there you can get to Kyoto in about an hour by train or bus. From Tokyo, there are high-speed shinkansen, which take less than three hours to get there. 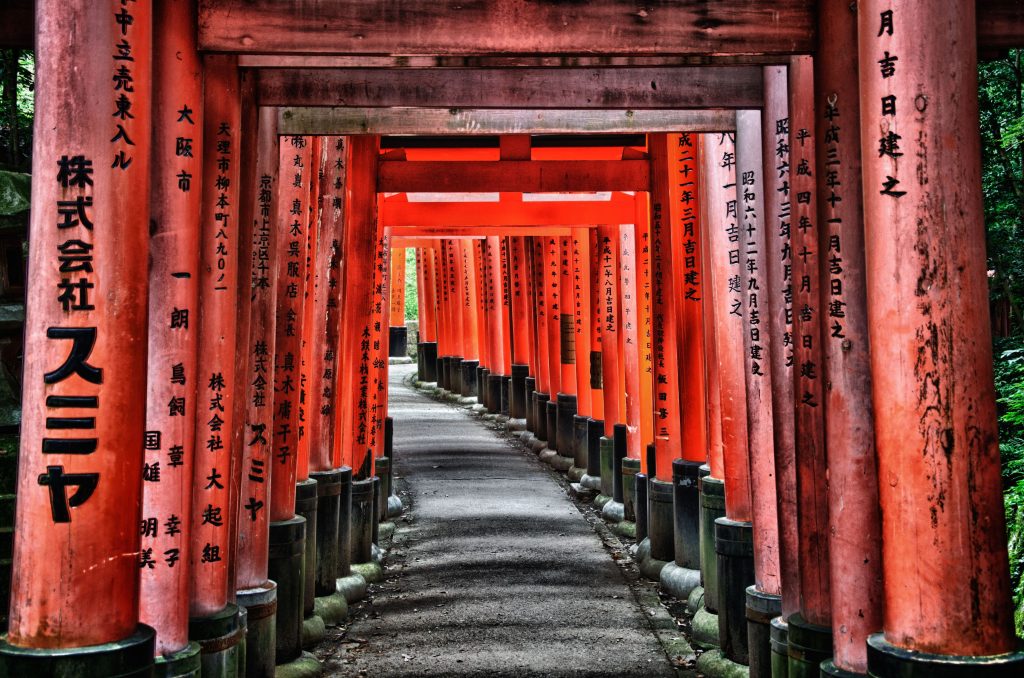 In the 8th century the emperor of Japan decided to move the capital of the country away from the influence of Buddhist monks and the choice was made in the province of Yamashiro, the village of Uda. Thus this place, which later became Kyoto, became the emperor’s new residence. Kyoto remained the capital of Kyoto for more than a thousand years, until it was moved to Tokyo, then called Edo. The city was severely damaged several times, most notably during the war in the mid-15th century and the fire of 1864. However, each time it was rebuilt, houses, walls and streets were completed, and Kyoto did not take its final form as seen today by locals and tourists until 1889.

In the case of Kyoto, it is quite difficult to single out a few of the most interesting or famous places. There are so many sights that you can just wander the streets without any plan – the city is full of unique objects. For example, the imperial palace, where you can see the emperor’s chambers and spacious halls, as well as walk around the court courtyard. Then you can go to Ningyo Castle, built in the early 17th century, with its famous Ninomaru Palace. The palace was famous for its “singing” floors, the main purpose of which was to warn of enemies entering the palace. There are also two traditional Japanese gardens on the castle grounds, which are also definitely worth a look. 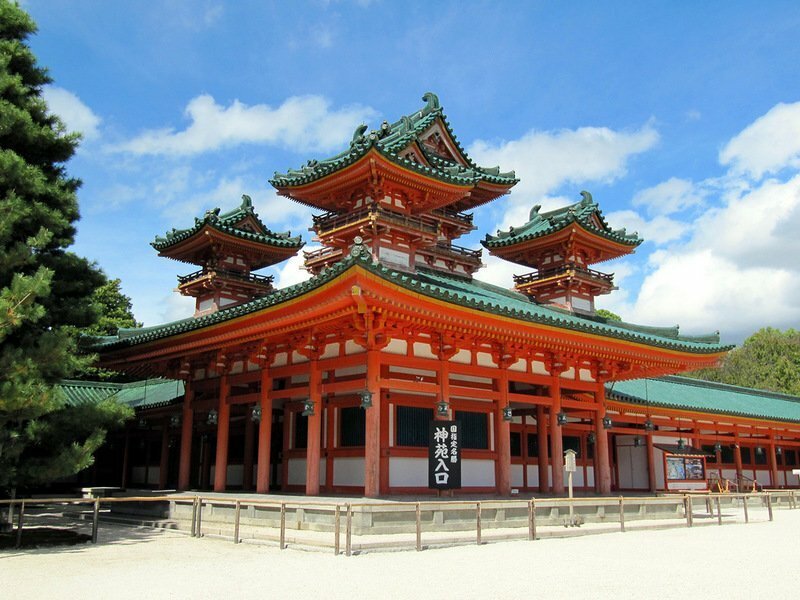 There are plenty of Buddhist and Shinto temples here too. Here are just a few of the sights you might encounter during a casual walk through the city: the Kinkaku-ji or Golden Temple with its beautiful sand garden, the two-story Ginkaku-ji from the late 15th century, and the majestic Rokuon-ji situated on the lake shore. It is necessary to visit the temple complex Kiyomizu-dera, the oldest temple of Kyoto – Yasaka-jinji, and the imperial estate of Katsura Rikyu. 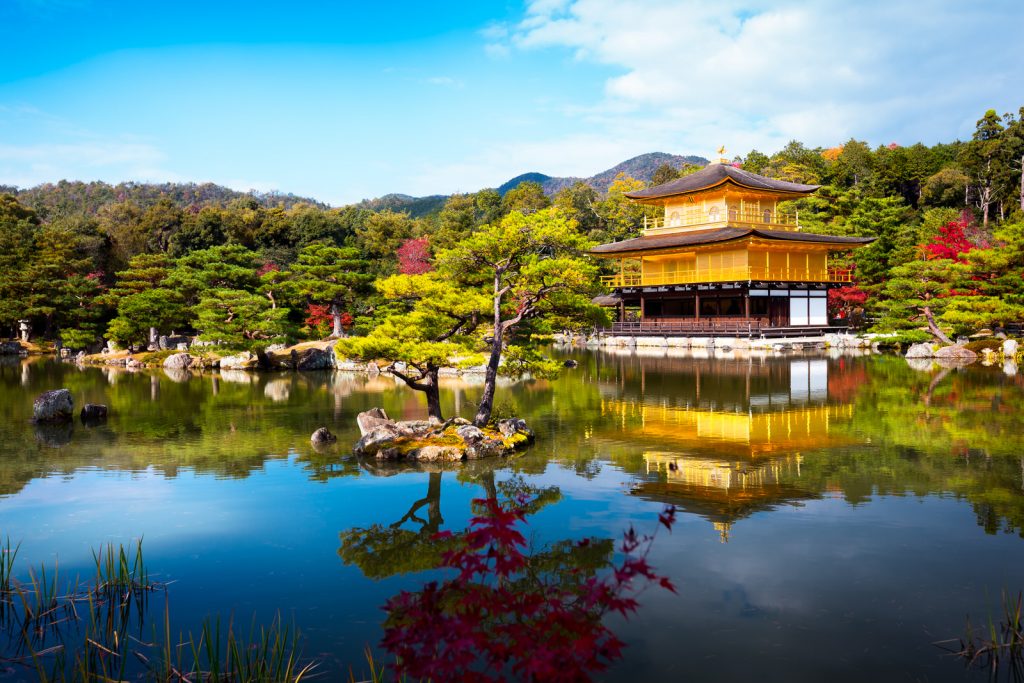 Another unique place in the city is the Kyoto Botanical Garden, which has been delighting visitors since 1924. It has over ten thousand plant species divided into special zones such as bamboo groves, cherry and camellia gardens, bonsai trees, European gardens, irises, lotuses, hydrangeas, peonies, and much more. And in the greenhouse, opened in 1992, there are plants of prey, alpine, desert, savannah and jungle. The numerous gardens of the temples and palaces also deserve attention. These include the Japanese Garden, the rock gardens, and the Katsura Garden, a true work of art.

Since you can find cherry trees in many of Kyoto’s parks, the city is considered one of the most popular places for hanami – admiring Sakura blossoms . In Maruyama Park, for example, you can enjoy an illuminated weeping cherry tree at dusk, and in the park at the former palace of the Emperor there are so many Sakura trees that when the spring season arrives, the ground is covered with a fragrant carpet of fallen petals of pink. There are also more unusual parks, such as Monkey Park and Studio Park Kyoto, where you can walk through ancient Edo, walk across an exact replica of the Nihonbashi Bridge and see many other sets for historical films and series of the Japanese studio Toei. 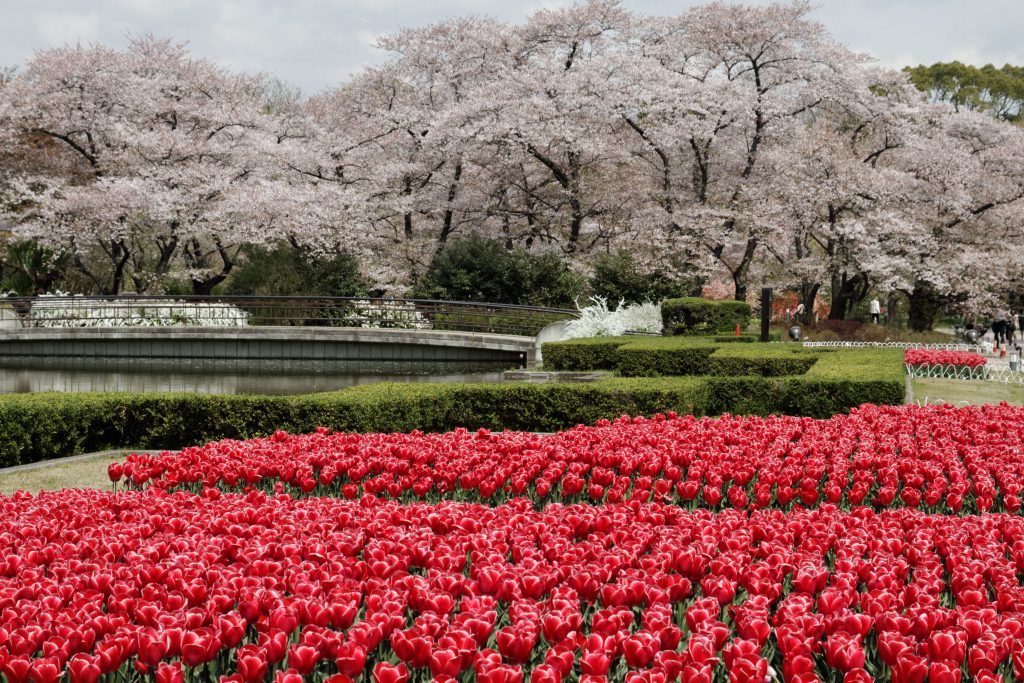 Special mention should be made of the temples in the city. Despite various fires, earthquakes and wars Kyoto has managed to preserve its historic buildings better than other major Japanese cities. Therefore, in the city there are about two thousand Buddhist and Shinto temples and shrines. The so-called golden temple, Kinkaku-ji, in particular, attracts the attention of tourists. It is so called because of the pavilion covered in gold. The temple is a UNESCO World Heritage Site and is considered one of the most famous in the whole country. It was originally part of the estate of an important aristocrat. Later it passed to the Shogun Ashikaga Yoshimitsu, whose will it was later converted into a temple. The rest of the complex was lost in fires during the 15th century war, and the pavilion itself was burned down and completely rebuilt in the fifties of the twentieth century.

Kyoto is a city amazing in every way . And the local cuisine is no exception. It even has its own name – Kyo-ryo. It is famous for its elegance and sophistication, the abundance of fresh ingredients and quite high price. It is quite understandable, to taste perfectly cooked seasonal products so beautifully laid out on lacquered ceramic tableware that they seem to belong in a museum, and to watch the magnificent Kyoto gardens at the same time – it’s an expensive pleasure. But it’s worth it. 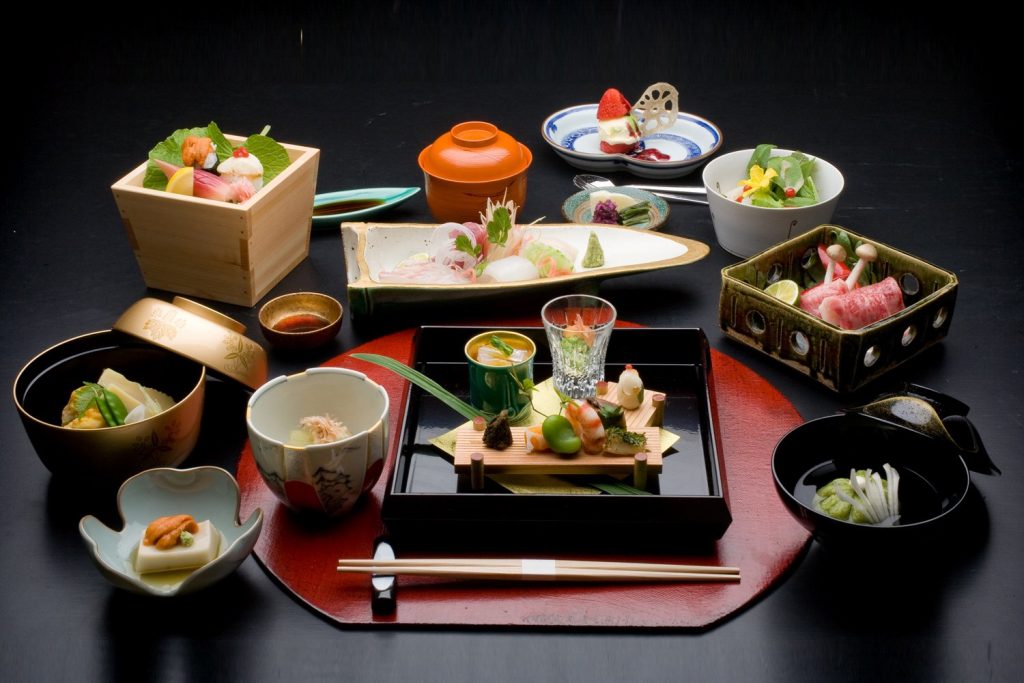 You can’t taste most of the local dishes anywhere else. Kaiseki is considered the most exquisite cuisine. The dishes of this cuisine are the freshest seasonal products cooked in such a way as to maximize their original flavor as much as possible. Although Kaiseki was once a vegetarian dish, it now often features fresh meat and seafood. Such dishes are usually served in small portions in dishes of natural origin. This cuisine is rightfully considered one of the major culinary achievements of Japan. If you come to Kyoto, you must also try Yudofu – tofu made from soy milk. It is recommended to eat it in winter, lightly boiled in boiling water and dipped in soy sauce.