A tropical paradise in the ocean: all about vacationing in the Seychelles

The Seychelles are considered one of the most picturesque islands in the Indian Ocean. The wildlife is amazingly diverse and unspoiled, and for those looking for a holiday away from civilization, these islands are an excellent choice.

The Republic of Seychelles is located in the western part of the Indian Ocean near the equator, the nearest land to it is the African continent and the island of Madagascar. The capital city of Victoria, is on the island of Mahe, which is the largest. The archipelago consists of 115 islands, of which only 30 are inhabited. Their total area is 455 square kilometers, the most popular among tourists are the island of Praslin, Berd, La Digue, Silhouette and Mahe. The climate is very favorable, which allows you to visit Seychelles all year round. It is an ideal holiday destination for tourists who enjoy surfing, diving, fishing, studying flora and fauna, as well as for romantics looking for solitude and quiet. 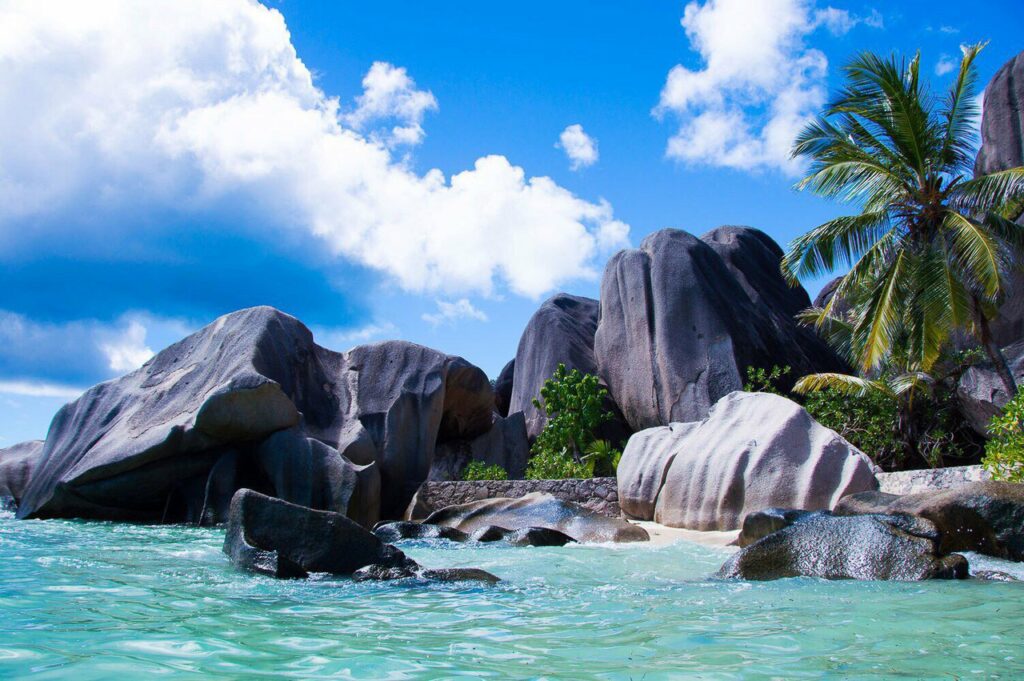 The Seychelles were made famous in 1502 when a Portuguese expedition led by Admiral Vasco Da Gama sailed from India to the African continent. The islands were named Admiral’s Islands and were inscribed on Portuguese maps. During the pirates’ domination of the sea, the uninhabited islands became an ideal refuge for maritime robbers. In 1609, the English landed on the archipelago and surveyed and described it in detail. Later, the French established settlements here and became involved in the cultivation of spices, and gave the name of the islands to Jean-Maurreau de Séchelle, in honor of the Minister of Finance of France. In the 18th century the islands were taken over by the British, and early in the next century they became a British colony. By this time the islands were inhabited by Africans, Indians, Chinese, and Arabs. In 1976, Britain declared the Seychelles independent and they became a democratic republic. As a result of numerous protests, the state became multi-party and adopted a new constitution. 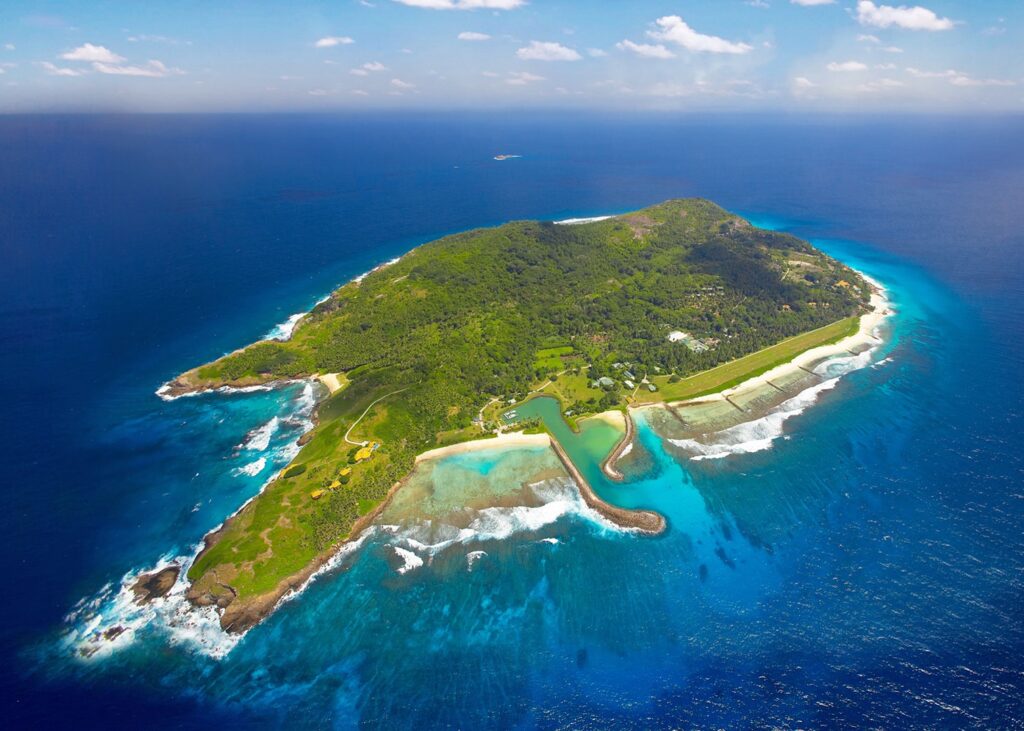 It is possible to move between the islands in several ways: 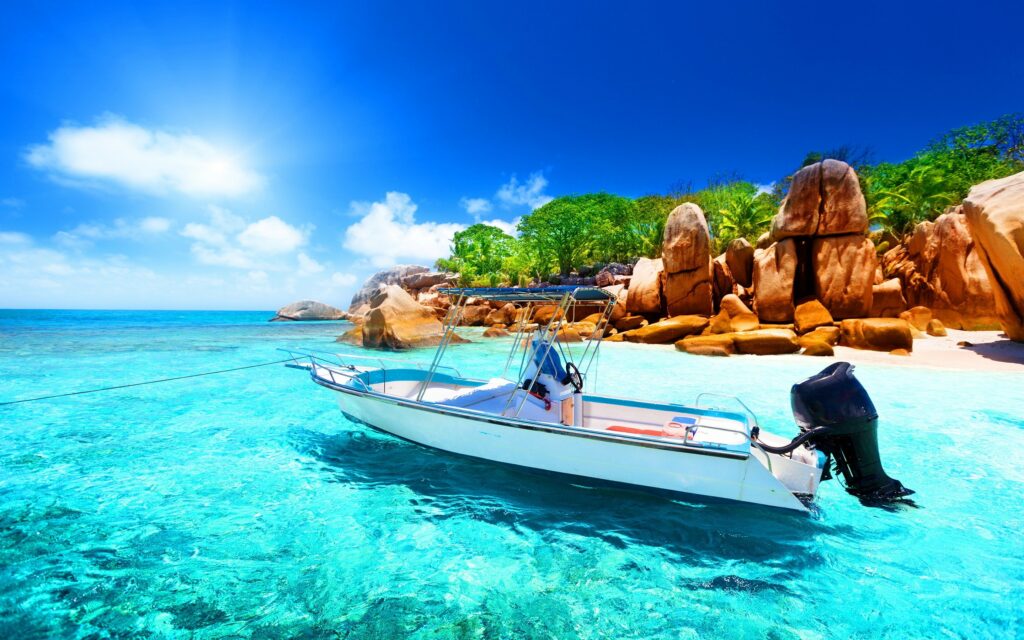 Ways to get around the islands : 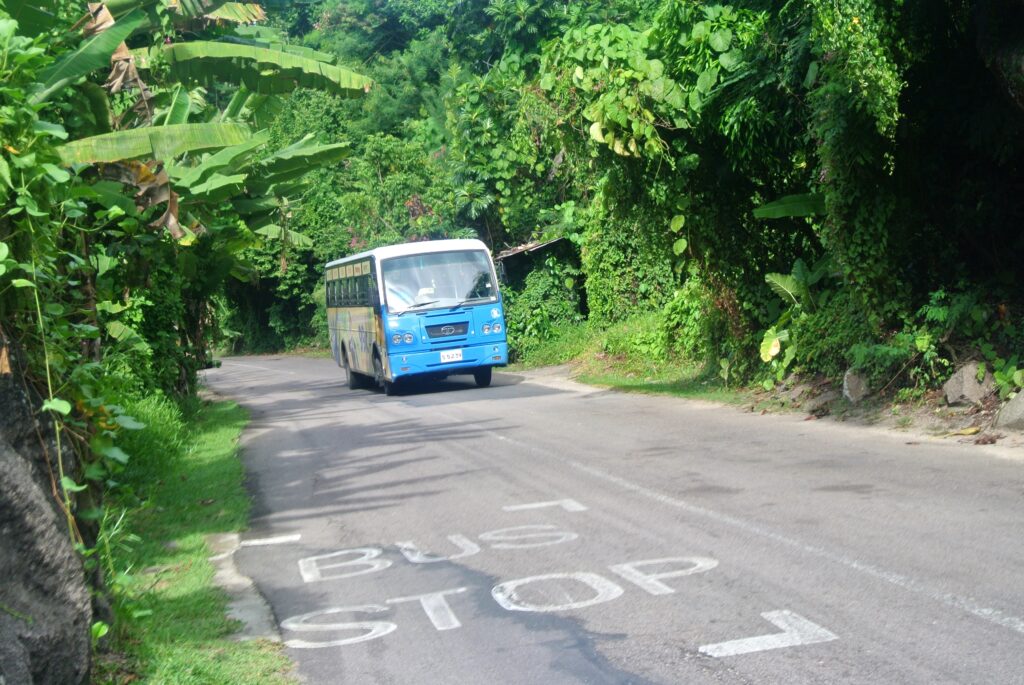 Seychelles has the best beaches in the world, which are buried in lush tropical vegetation. The coastal area is an amazing beauty with its turquoise sea, quirky boulders at the water’s edge and pink sand. For divers, these waters are a paradise, where you can explore a sunken British tanker, watch packs of wings, stingrays, turtles, white sharks and meet a giant moray eel. Sea fishing is top-notch, as the Indian Ocean is full of exotic fish. By taking a boat out into the open water, fishermen always have a good catch, if you are lucky you can even get a small shark out of the water. Surfers will also enjoy the local waves, best of all on the west coast of Mahe and Praslin. 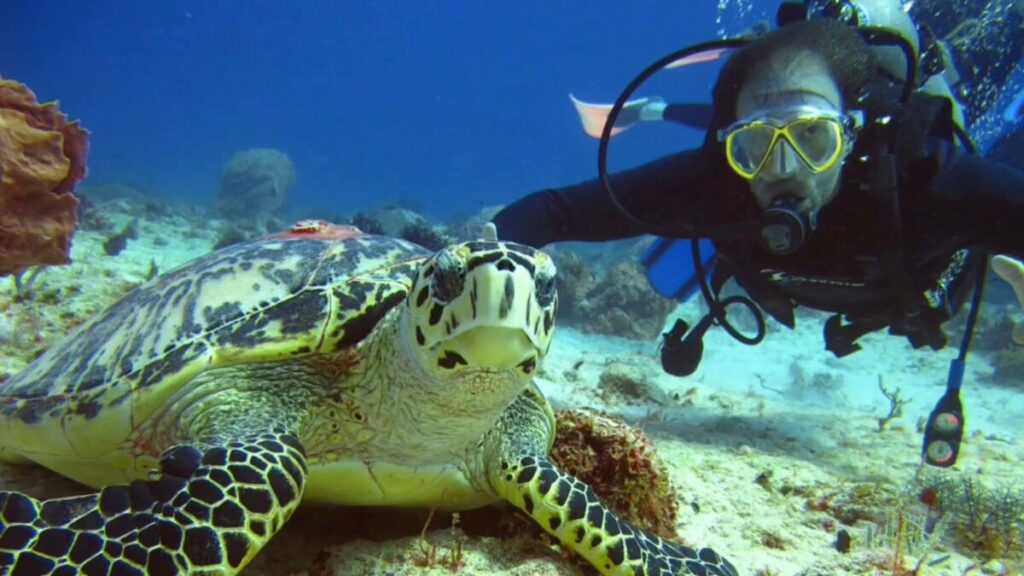 The islands are home to long-lived giant tortoises and the oldest, the Esmeralda, is 170 years old. On Curie Island, tourists can feed the turtles and watch them lay their eggs on the sandy beaches. Cousin Island has a nature reserve, which is home to 300,000 sea and tropical birds, among them the most rare and endangered species. 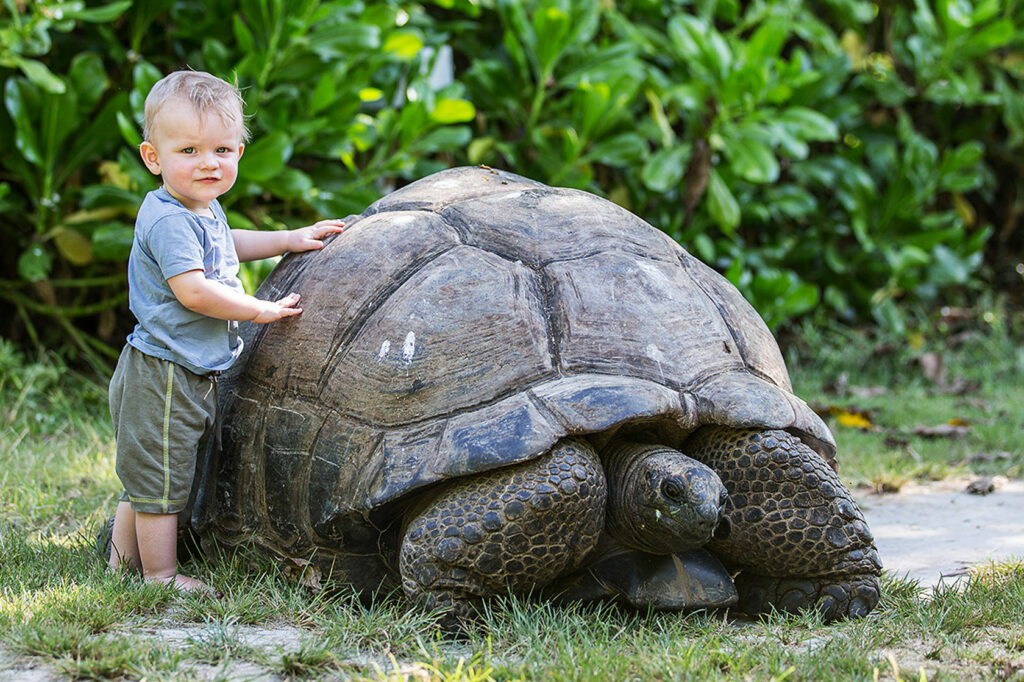 1. The Royal Garden is located on the island of Mahe, close to the Royal Bay. It covers an area of 35 hectares and was founded by French colonists who grew spices here. Now the garden has fruit trees, exotic plants and flowers. 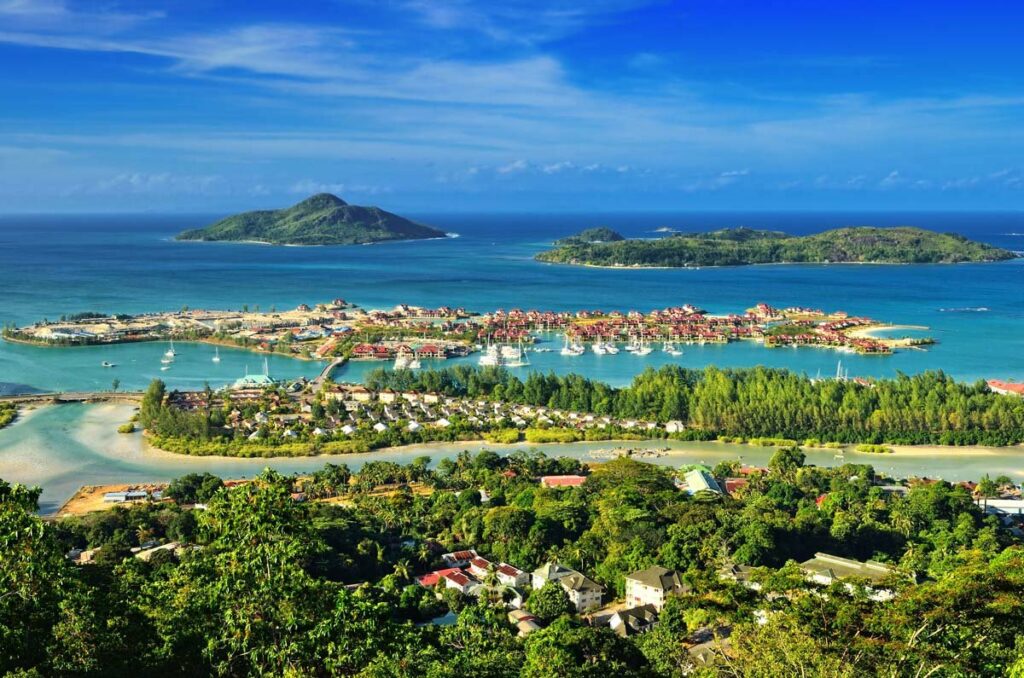 2. Vallée de Mai Reserve is located on the island of Praslin, here grows a rare palm tree, the nuts of which have an unusual shape, it is considered the main symbol of the island. There are more than 7,000 coconut palms and rare black parrots.

READ
10 things to do in Manchester, UK 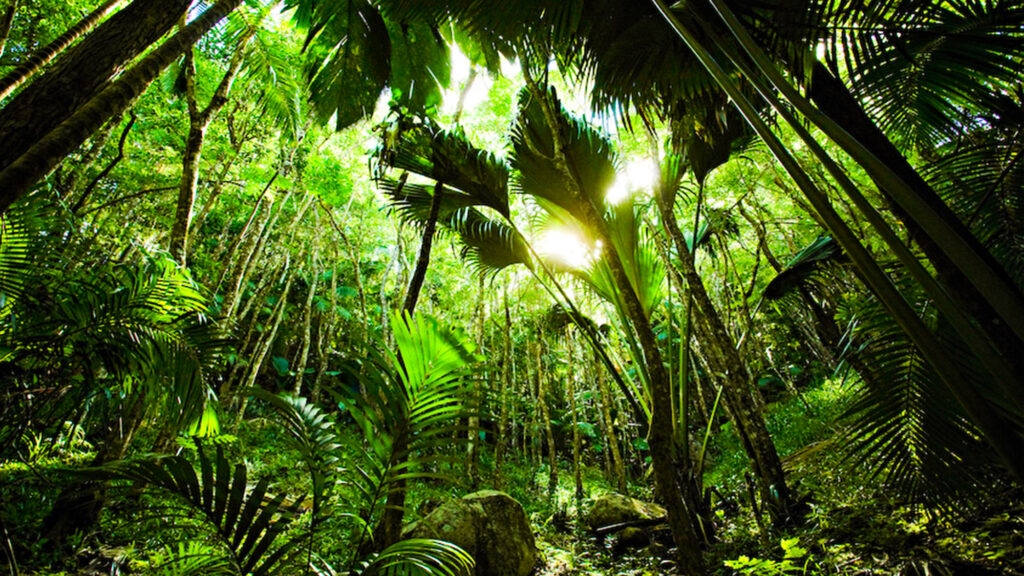 Aldabra is a UNESCO-listed coral atoll, which is the largest in the world. It has 13 islands, which are home to thousands of enormous turtles, the flightless bird cuvier shepherd, frigates, flamingos and species of rare birds. Exotic fish, rays, sharks and sea turtles swim in the surrounding waters. Before visiting Aldabra you must obtain a permit from the Seychelles Foundation. 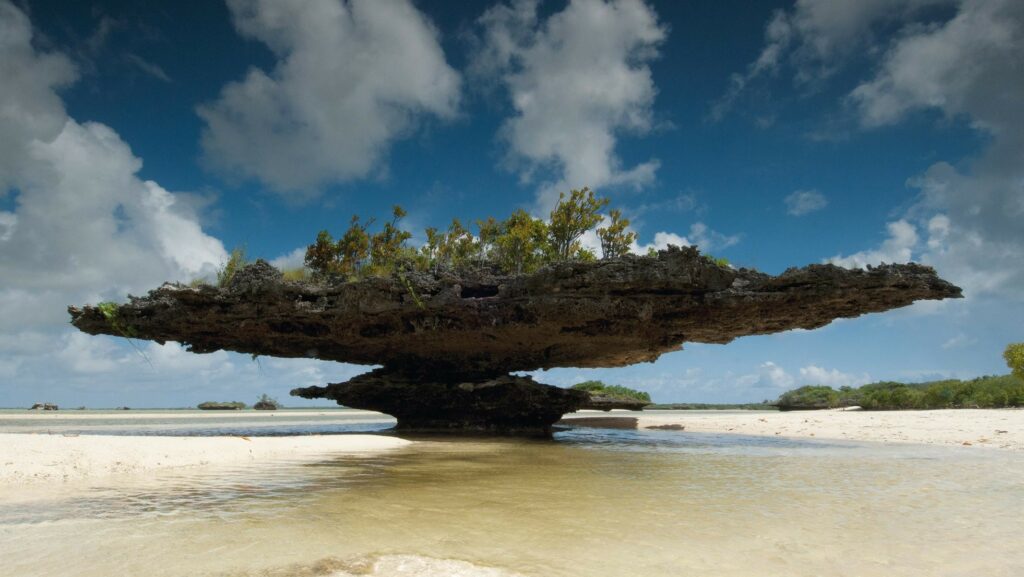 A visit to the Seychelles will leave a lasting impression, because in addition to a beach holiday, there is an opportunity to explore the amazing nature of this tropical paradise, moving from one island to another.