Panama or the Republic of Panama is a country in Central America on the Isthmus of Panama between the Caribbean Sea and the Pacific Ocean, bordered by Costa Rica in the west (330 km) and Colombia in the east (225 km). The country has an area of 75.5 thousand km², is 60-177 km wide and 772 km long.

From one of the Indian languages, the name can be translated as “a place with lots of fish.

The topography of the country is mostly coastal plains, a mountainous interior and tropical jungle in the northwest and east.

The Bocas del Toro Archipelago is located off the Caribbean coast of Panama, while the Las Perlas Archipelago and most of the smaller islets are scattered along the Pacific coast.

Panama’s jungle is one of the richest ecosystems on the planet. There are about 10 thousand plant species, 1200 species of orchids, more than 1500 species of butterflies, about 900 species of birds.

The rainy season lasts from May to December and the dry season from January to May. On the Caribbean coast and islands of the Bocas del Toro Archipelago, precipitation is more intense than on the Pacific coast. In Panama’s capital, heavy downpours are likely in May and November, while fresh sea breezes help with the heat.

The best time to travel to Panama is the dry season. At this time is the most comfortable weather for any type of holiday. In general, you can vacation here all year round.

The rainy season is different only in the sense that heavy tropical downpours lasting not more than two hours occur in the evenings.

Catholics make up 85% of the population, Protestants about 15%.

Spanish is the official language, English is spoken by 14% of the population, and many Panamanians speak several languages.

Money and currency of Panama

The role of paper money is performed by U.S. dollars, which are legal tender. Only once, in 1941, were 20, 10, 5, and 1 balboa bills issued, but they were withdrawn from circulation a few days later, being called “seven-day dollars.”

The balboa exchange rate is firmly pegged to the U.S. dollar at a 1:1 ratio.

Credit cards from the world’s leading systems are accepted for payment everywhere. You can cash your traveler’s checks at almost any bank. To avoid additional expenses related to exchange rate fluctuations, it is recommended to take checks in U.S. dollars.

The emergency number is 911.

In Panama there is a Free Trade Zone Colon (the second largest in the world after Hong Kong). It is located next to the entrance of the Panama Canal from the Caribbean Sea. Here you can buy electronics, clothes and cosmetics at a good price.

As a souvenir you can buy many products of local handicrafts. The most famous are the “Molas” – bright local cotton fabrics decorated with abstract designs. From Darién come finely carved figurines of the wood known as “tagua” or “plant ivory,” while artisans from the western regions and the Azuero Peninsula produce an extensive range of earthenware, masks, leather goods, and straw sombreros. Brightly colored characas dresses and long strap bags are the trademark of the Ngobe-Bagle tribes.

READ
What can I do for my child in Tokyo and Kyoto?

The famous panama hats are most often not made here, but in factories in Ecuador.

It is customary to haggle only at market stalls and in the case of buying from hand to hand, in stores and artisanal markets haggling is not worth it.

Sea and Beaches in Panama

Due to its advantageous location between the Pacific Ocean and the Caribbean Sea and because of its very long coastline Panama has many and varied beaches that attract fans of water sports and beach vacations.

The crime rate in Panama is quite high. In the capital the cases of violent crimes, theft (including hotels) and outright fraud are not uncommon. In addition to the metropolitan areas, visiting Darien and Kuna Yala is also a definite danger. These remote areas adjacent to the Colombian border are often visited by guerrillas, bandits, and drug traffickers.

Solitary visits (especially at night) to remote areas and streets should be avoided, especially in the capital and in Colón. Increased security measures should always be taken against pickpockets, especially in crowded areas, at ATMs, or on transport. If you plan to continue your trip to (or from) Colombia by sea, be aware that many coaster ships are often also carriers of drugs or contraband.

Hotel personnel are a good source of information about the security of an area or region.

The Panamanian police, despite the many accusations of bribery, are quite correct with foreigners and rarely confront them without serious offenses from the tourist. It is strongly not recommended to argue or bribe the local police – in such cases the punishment automatically increases proportionally to the offense.

Along the Pacific coast of Panama, often at a short distance from the shore are powerful currents that form strong eddies in the areas of the islands, which may be a source of danger. Before entering the water, you should consult your guide or the locals about the safety of swimming in that area.

Never entrust your luggage to strangers without uniformed porters or hotel employees.

Tap water is usually chlorinated and considered safe to drink, but bottled water is still recommended.

How to get to Panama City

There is no direct flight connection between Russia and Panama.

From Russia, the best way to get to Panama is via Madrid (Spain) or Amsterdam (Netherlands). The main air gateway of Panama is Tocumen International Airport (PTY).

Far away Panama – a tropical paradise 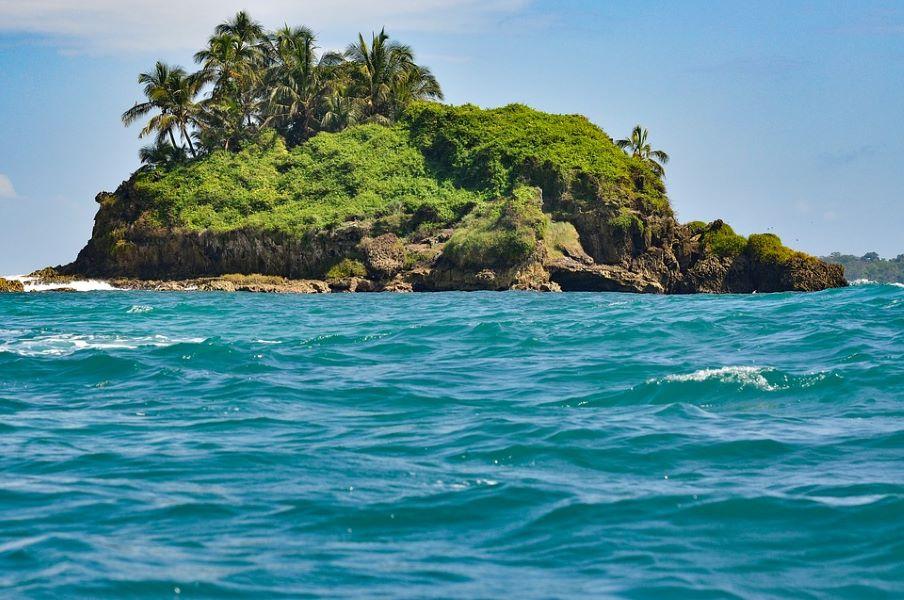 Panama is located at the junction of South and North America on the Isthmus of the same name. Panama also includes several islands in the Caribbean and the Pacific. The country has a well-developed infrastructure, which is heavily financed by the Panama Canal. This miniature state is known for various interesting facts and legends.

1. There are several versions of the origin of the name of the country. One of them says that the state got its name after the Panama tree, which was widespread here.

According to the second version, the first settlers started to settle the island in August. At this time in Panama, as a rule, you can see large colonies of butterflies. Local residents, seeing such an abundance of winged beauties, uttered the phrase “Phanamna”, which in Indian means “a lot of butterflies”.

The most plausible and scientifically understandable version is that the name “Panama” owes its origin to the Kuna word “bannaba,” which translates as “very far. And the traditional explanation, given in Panamanian school textbooks, interprets the name of the country as “a land of butterflies, trees, and fish in abundance. 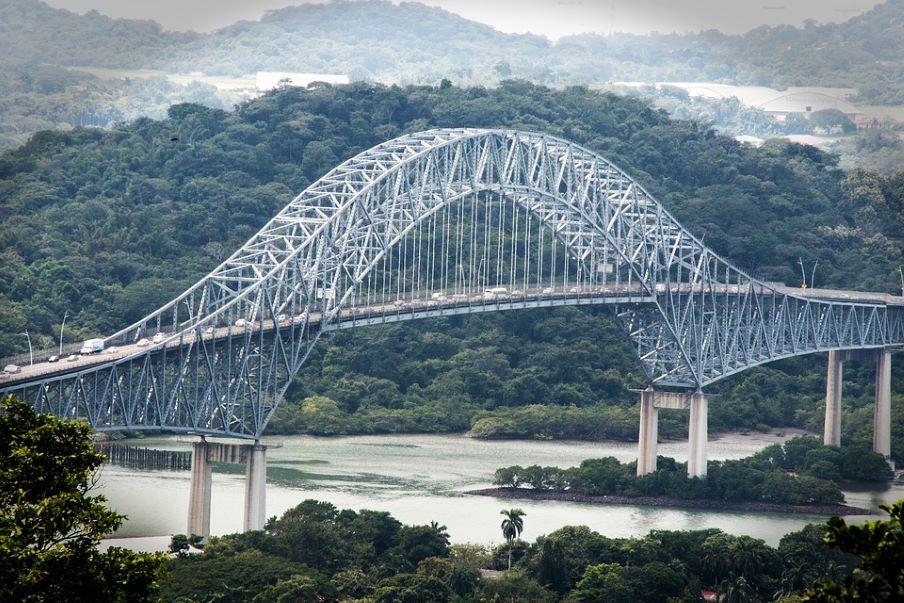 2. The Panama Canal was opened in 1914 and was the grand project of the 20th century. It was built by American architects who were able to realize one of the most remarkable technical structures of the world. The canal was designed so that the ships passing through it rise to a height of 30 meters above sea level thanks to an elaborate system of locks.

More than a million and a half different ships have passed through the canal since it opened. Each vessel is charged a certain fee, which depends on the size, type, and type of cargo it carries. The cheapest trip on the canal was made in 1928 by Richard Halliburton, a desperate traveler, who crossed the canal in 10 days in his light motor ship. For such an unusual and dangerous journey, he paid only 35 cents, and gained fame.

The people of Panama have many interesting legends about their country’s past. One of them says that the island of Coiba is haunted by the ghosts of the dead. Decades ago, the island was a prison where prisoners were held under particularly strict conditions. Political criminals arrested during the Omar Torrijos dictatorship were also sent there.

Prisoners were often tortured and the unruly were thrown into the sea, where they were eaten by sharks. For several years, prison officials have observed ghosts that appear not only in the prison quarters but also on the island. Locals still avoid vacationing on Koiba because they believe in the legends and are afraid to encounter ghosts of the past. 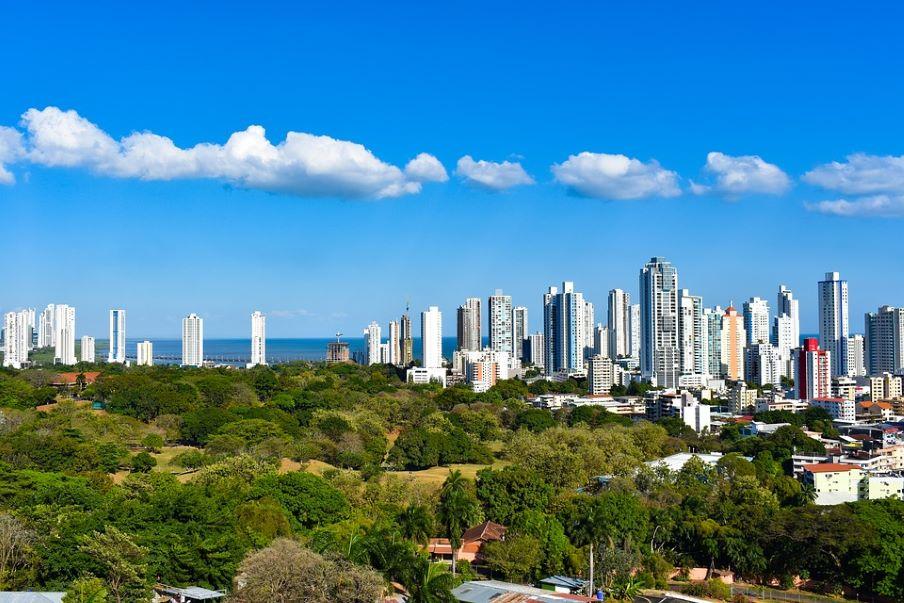 4. Panama is famous for its rainforests, which have remained virtually unchanged for many years thanks to the active work of the country’s authorities to preserve the natural diversity. In the capital city of Panama was built Biomuseum, which has an interesting exhibition showing the biodiversity of the planet. The museum was designed by the legendary architect Frank Gehry in 2014.

Thanks to the efforts of both the government of the country and volunteer movements, Panama managed to preserve most of the rainforest. At the same time it is possible to see real rainforests in the capital of the state. For this purpose, a unique national park was created on the territory of Panama City, where everyone can get acquainted with the jungle and its inhabitants.

5. The pride of Panama is its UNESCO National World Heritage Sites, two of which are of cultural value and the rest are natural monuments. Tourists coming to Panama often include these sites on their visit list:

All these places are under the strict protection of the local authorities and are regularly reconstructed. In addition to their cultural value, they are important tourist sites and attract the attention of thousands of visitors to the country. 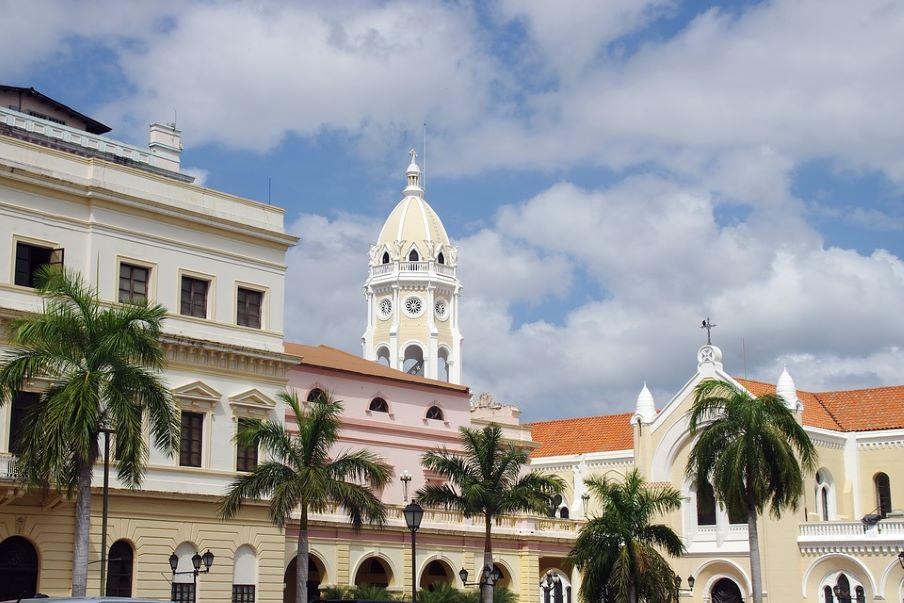 6. In the 16th century, the indigenous peoples living on the territory of Panama became completely extinct due to massive epidemics. Specialists have revealed the fact that the Cuevas and Kokle tribes lacked the immunity that allowed Europeans to fight against various types of flu and other diseases.

The 2015 census showed that the number of natives in Panama had begun to grow to about 4 million at that time. The sharp increase in Panama’s population was primarily due to the rising standard of living and infrastructure in the cities. The country began to gradually attract foreigners who appreciate the warm climate and quiet life.