Lower Silesia – the Poland you want to come back to 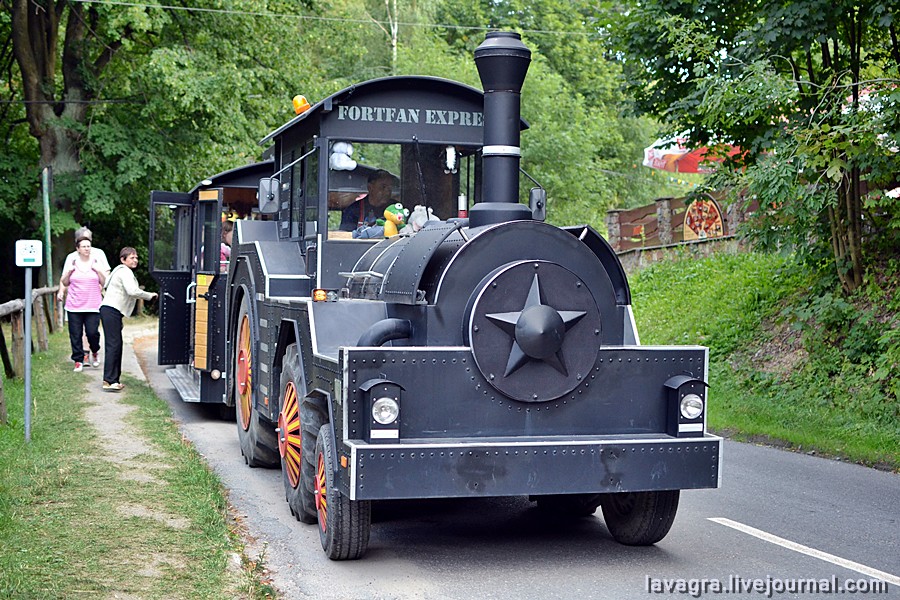 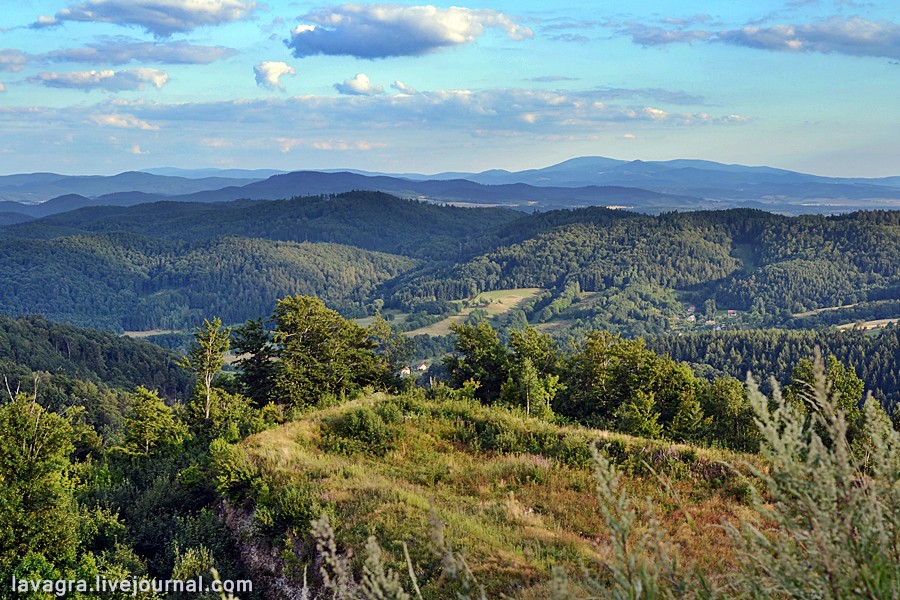 For some reason, the image of Poland is often constrained by the stereotypes of bad roads and “nothing to see”. I have repeatedly broken the strong inferiority complexes of this country, and now we are going to talk about the same thing. On the first day of our 13-country trip to Europe we had to travel more than 900 kilometers and spend the night in a small town Polanica-Zdrój on the border of southwestern Poland with the Czech Republic. Before planning this journey, I knew nothing about this region called Lower Silesia. I chose an accommodation, based on my desire to get as close to the border as possible and based on the inexpensive hotel options in the Bucking search engine. And just before the trip I decided to wonder where we would be after the first day. And then it turned out that Lower Silesia is an amazingly beautiful and interesting land of wooded mountains, castles, caves and turbulent rivers. 2. 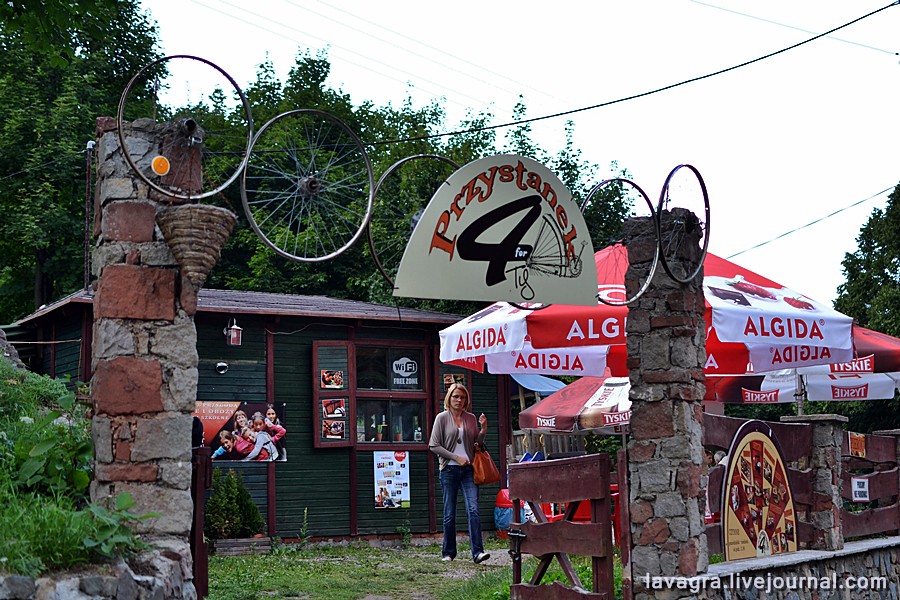 I immediately had a plan to leave early in order to have time to visit some wonderful places along the way in the evening. The reality was much more impressive than the pictures on the internet. These impressions are worth sharing. 3. 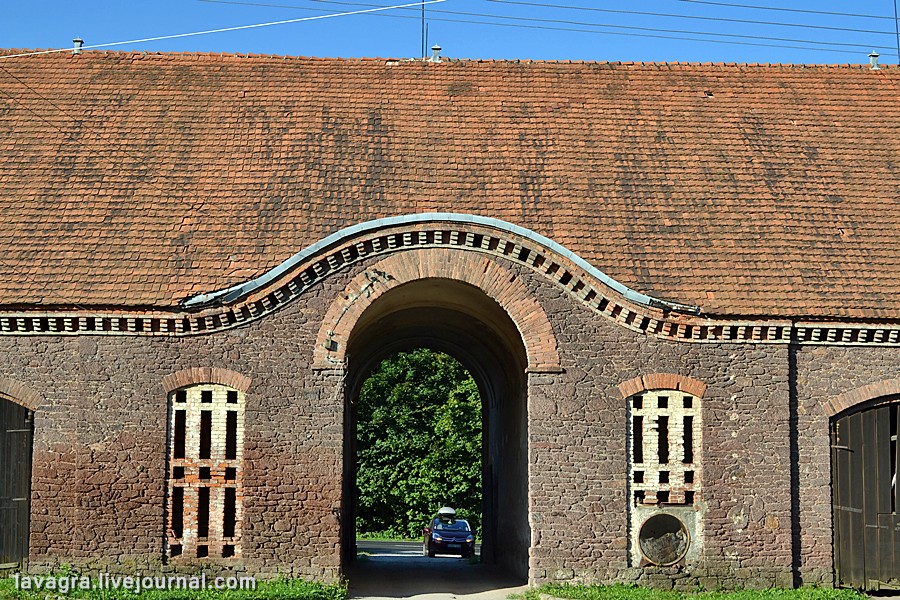 The first thing that immediately catches your eye as you drive through Lower Silesia is the sheer number of old farms built in a similar style. Around the large farmhouse stands a number of brick outbuildings, like fortress walls with a large courtyard. 4. 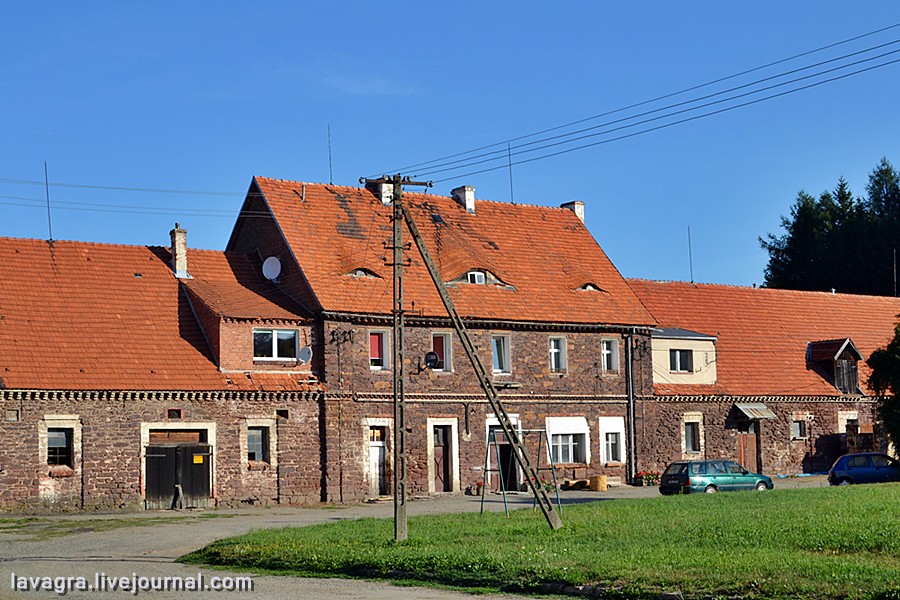 These estates were built before the war by wealthy German peasants, and as was the custom of this nation, built very reliably and soundly for centuries. These estates, very similar to each other, there are a lot of them. Some of them have long been turned into barren abandonment, and some of them are still used for their intended purpose, but several families live there now. 5. 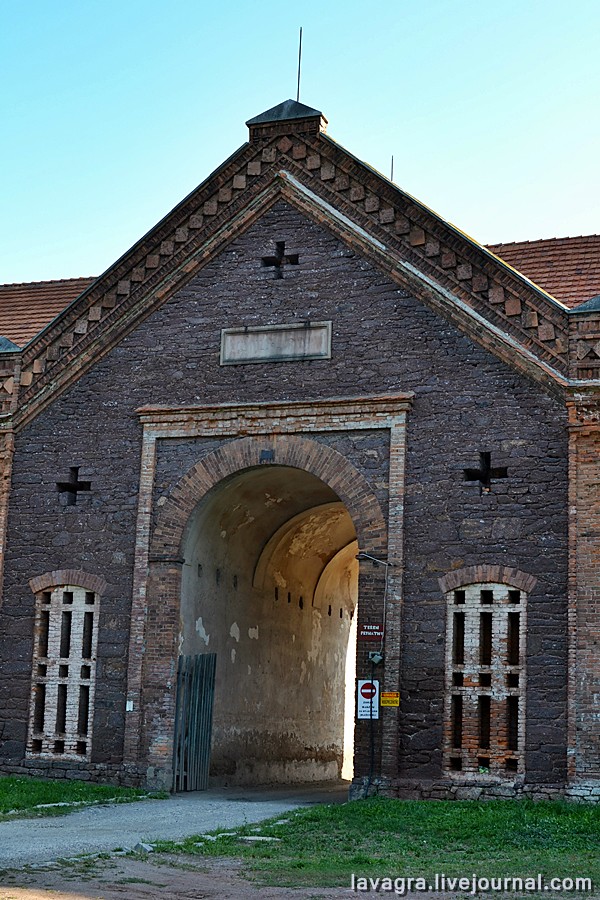 These buildings are striking in their massiveness and impregnable appearance. Above the main entrance of some of them are still preserved old German inscriptions and Lutheran crosses. 6. 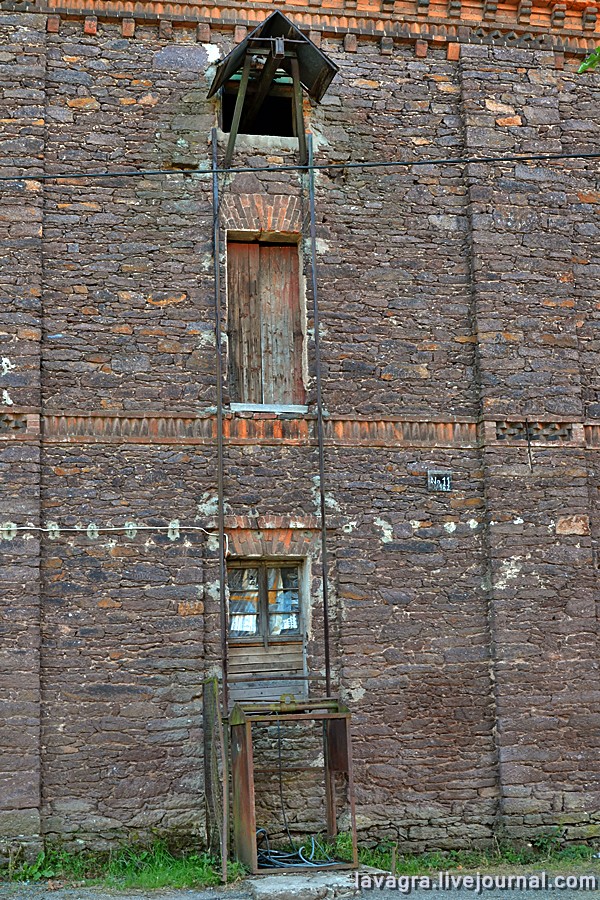 We went inside only one of them and were immediately struck by the preservation of these buildings, more than 70 years without any restoration. It seems to me that even the wooden gates and narrow doors had never been replaced since the war. 7. 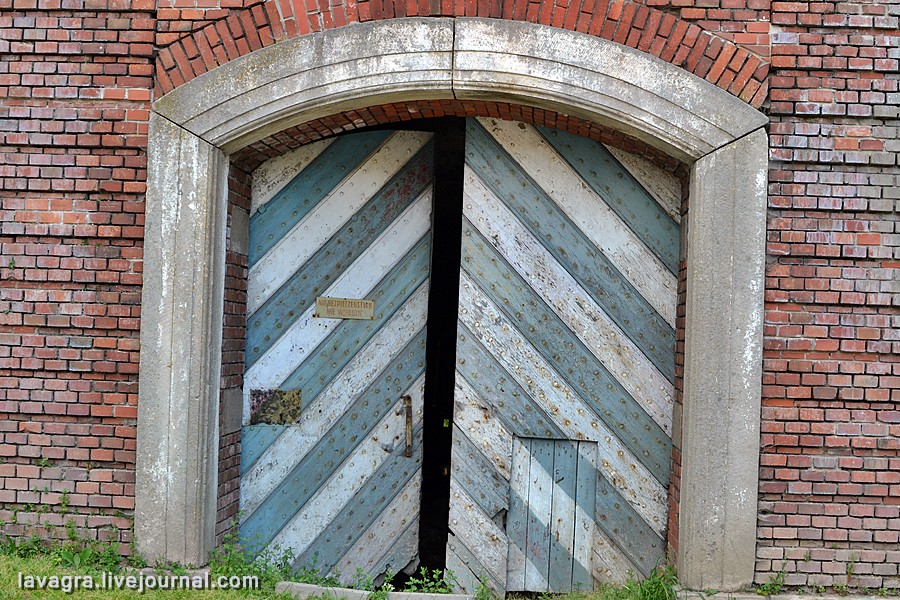 History tells us that about a thousand years ago the areas of Silesia were part of the Polish state, but did not stay within it very long. Later these regions were taken over by Brandeburg, then they were part of Bohemia, then the Austrian Habsburgs ruled here, and a little later they became part of Prussia and the German Empire. Anyway, for many centuries it was mainly inhabited by Germans. 8. 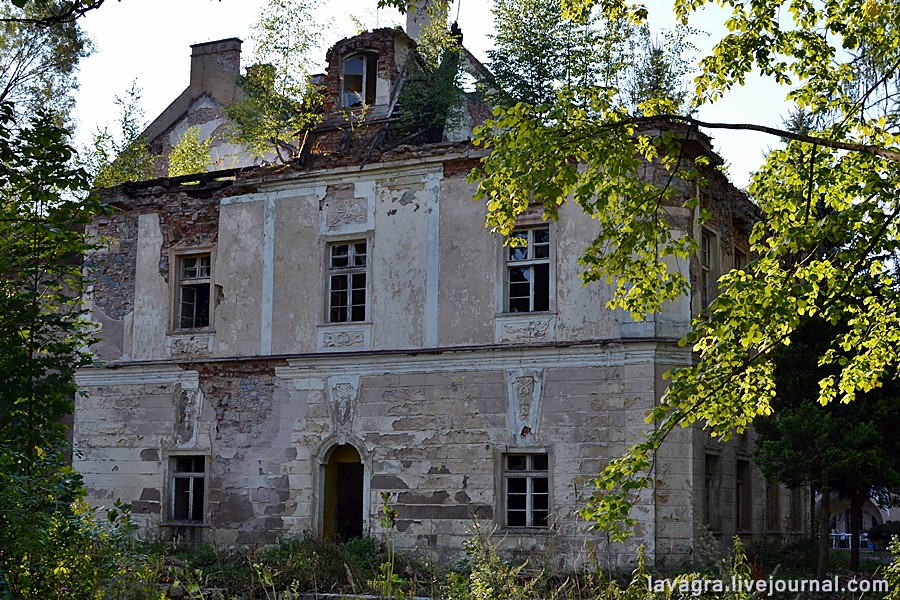 It is the Sudetes, whose part is Lower Silesia, was at one time one of the reasons for the outbreak of World War II, after which the German people were forcibly evicted from these territories, which they had long considered to be native German. Since 1945, the empty lands of Silesia began to be settled by Poles from the territories of Western Belarus and Ukraine. So then there were large-scale geopolitical changes, which were solved with the stroke of a pen from Moscow and with the consent of Great Britain and the USA. 9. 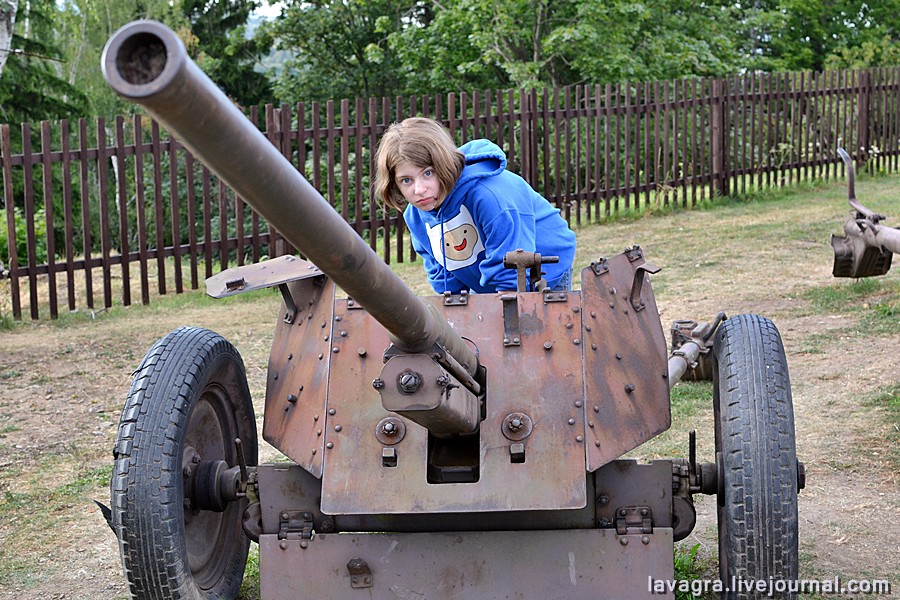 Surprisingly, for almost 80 years, Lower Silesia has not become a full-fledged part of Poland, retaining its distinctive German flavor. Here up until 1993, units of the Northern Group of Soviet troops were stationed. All these are only some milestones of the amazing history of this region. 10. 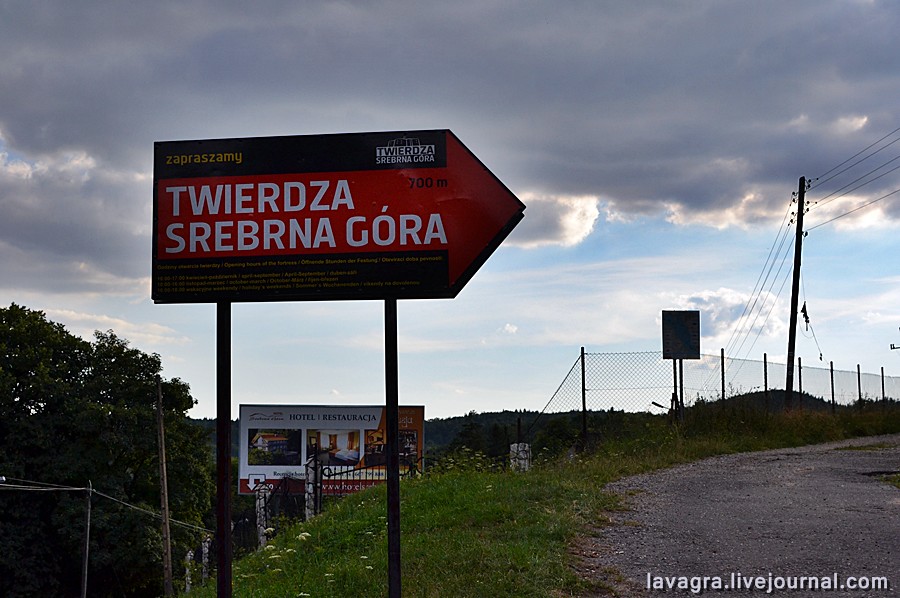 From all the possible interesting local attractions I’ve chosen with great difficulty the only one for visiting – the perfectly preserved Prussian fortress near the small town of Srebrna Hora. For something more we, unfortunately, had no time. 11. 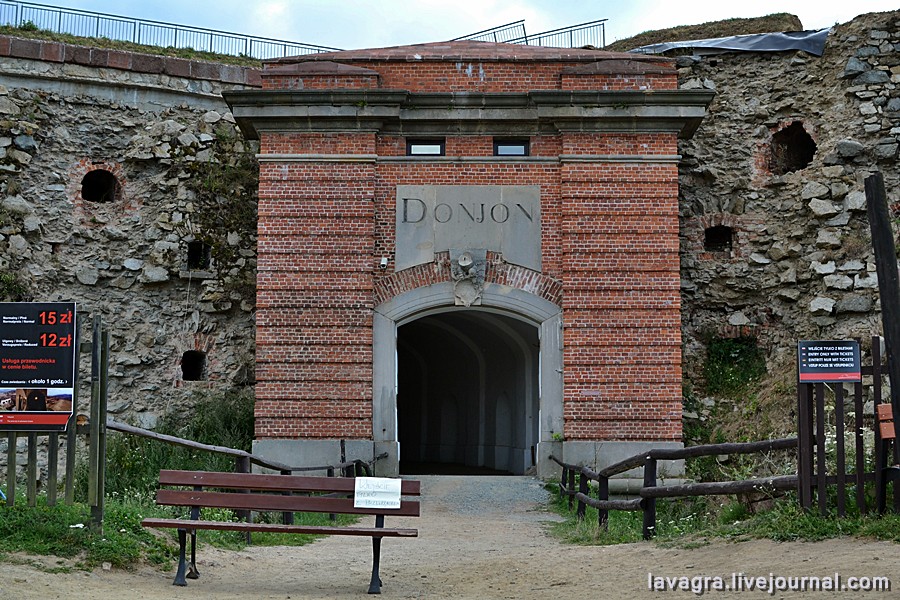 The small town itself was once founded by miners who mined here, as its name suggests, silver ore. The fortress was built in the 17th century by the personal order of the Prussian king. On the construction of a powerful defensive complex worked almost five thousand people. The central fort “Donzhon” and a number of surrounding bastions with numerous casemates have been perfectly preserved until now. 12. 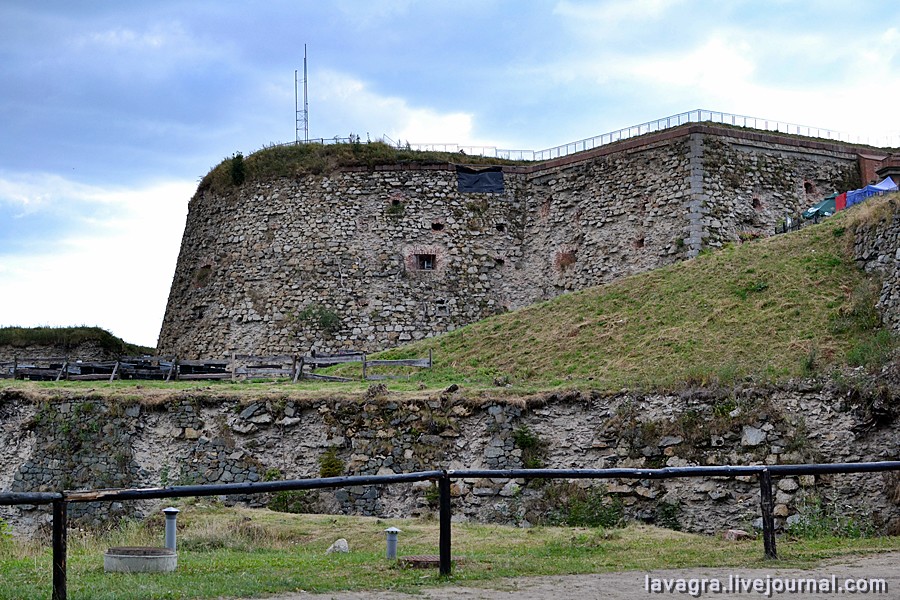 There were several forts that were joined to each other by a number of batteries, bastions, and redoubts. Many of the fortifications were connected by underground galleries and transitions.It is safe to say that at one time these fortifications were one of the largest in Europe. 13. 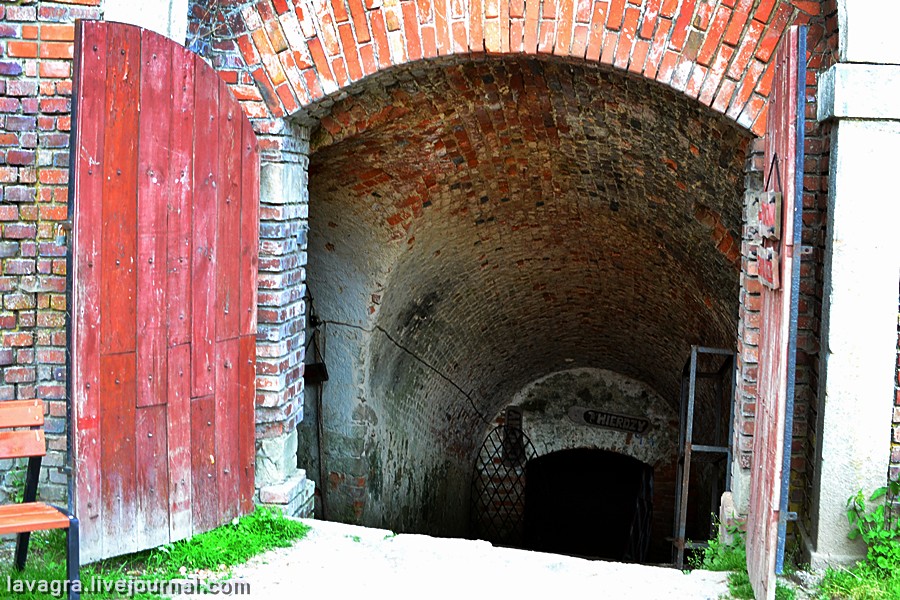 It is clear that Srebrný Hory fortress at one time was considered impregnable, which it perfectly proved during the long siege by Napoleon’s troops. At that time the French failed to capture it until the end of the war, only destroying the town to the ground. 14. 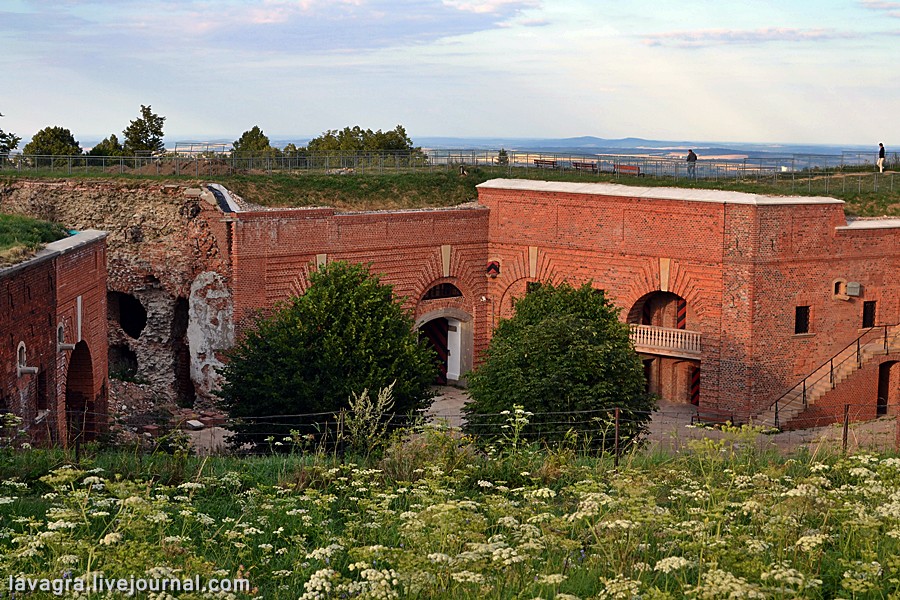 The impregnability of the fortress was emphasized by the fact that it could accommodate more than two and a half thousand soldiers and officers. There was a military hospital, a brewery and a bakery. Now the Poles have restored the main fort “Donjon” and set up a museum in it. 15. 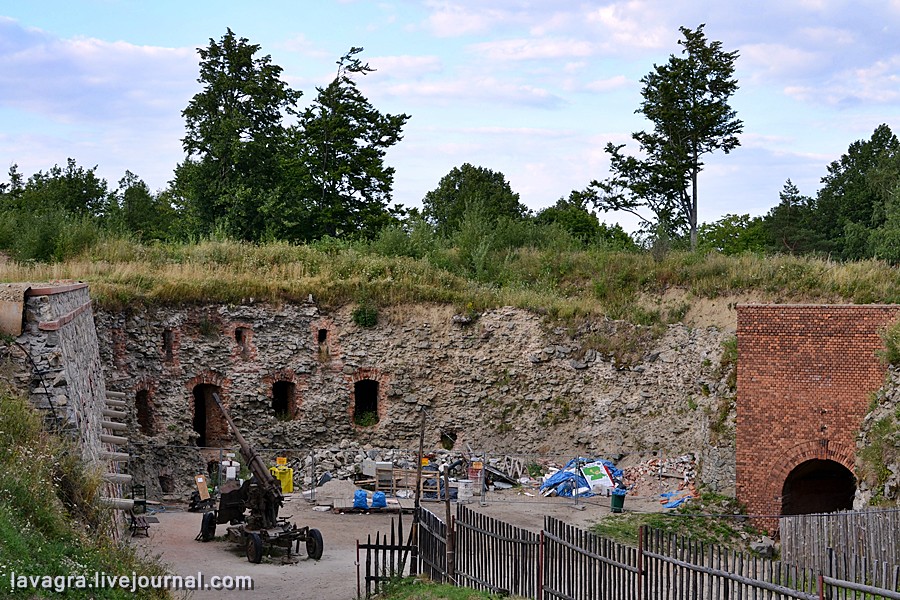 I’m not a fan of such restorations, when on top of not badly preserved stone walls lay a fresh brick masonry, and the yard dragged guns and anti-aircraft guns from World War II, although it is well known that the fortress has not been used as a military facility for over 100 years. However, there are legends that in one of its many casemates the Germans during the retreat littered several trucks with priceless works of art. It is safe to say that many parts of this huge fortification are still waiting to be discovered. 16. 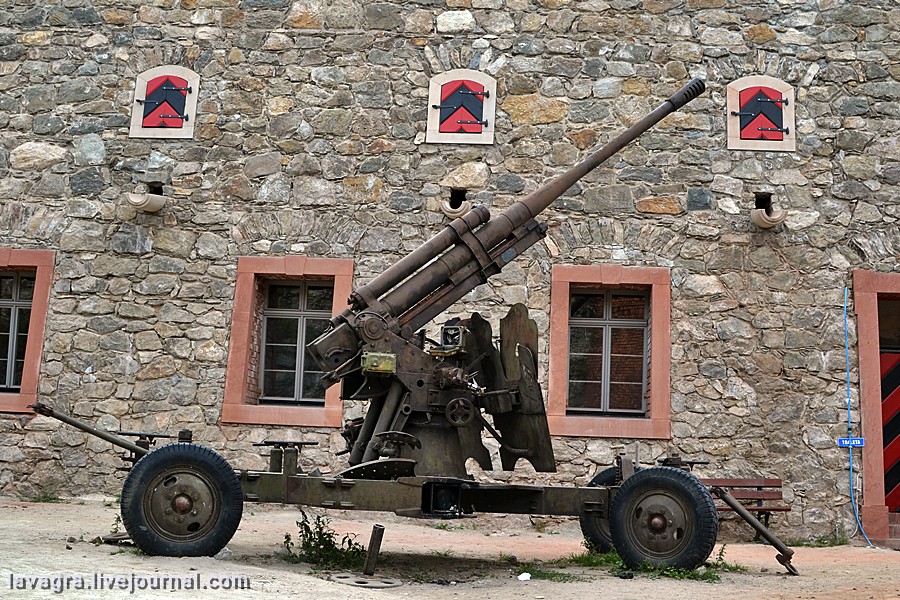 We were not so lucky. By the time we arrived, the fortress museum was already finishing work. The austere lady flatly refused to sell us tickets, although it was obvious that not all visitors had left the gates of the fort yet. In a bit of disappointment, we started looking around and taking pictures of the cannons at the entrance. 17.

READ
10 things to do in Saint-Malo in one day, France 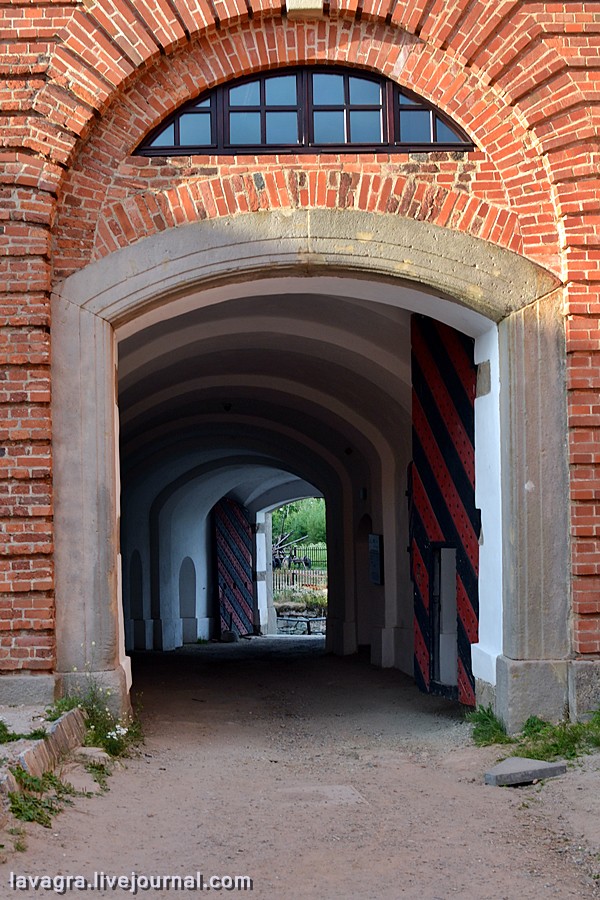 At one point, my daughter and I approached the very entrance to the fort. There was no one here, so we decided to take a look inside. If they kick us out, they’ll kick us out! 18. 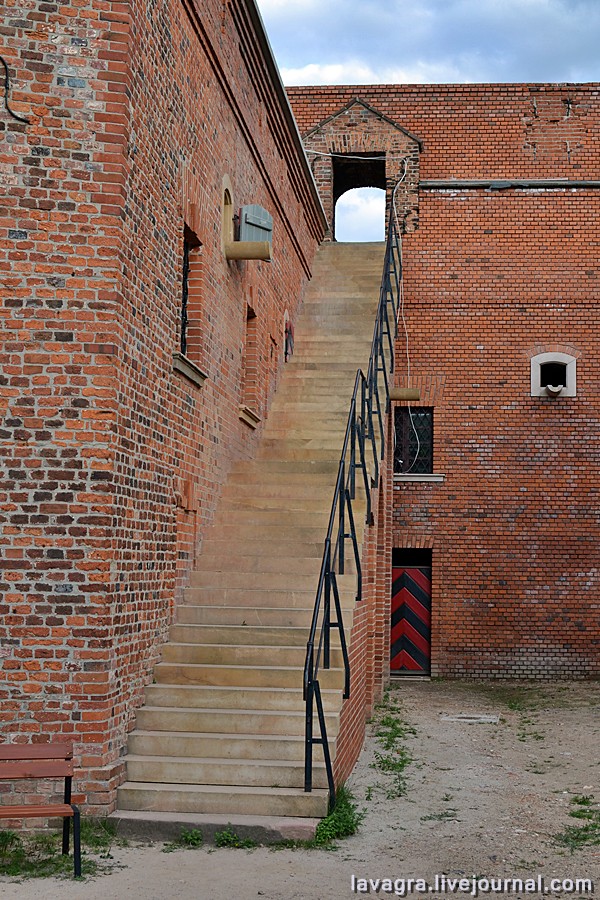 But there was not a soul in the courtyard of the fort. So we decided to climb the fort walls. 19. 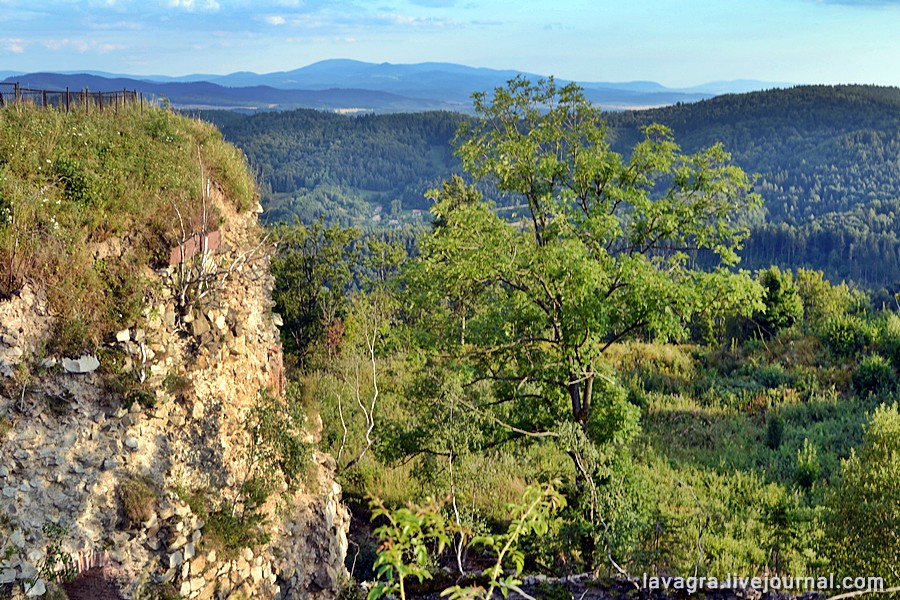 From there we had a magnificent panorama of Lower Silesia. At the very bottom the fort was surrounded by a dry moat, then came rows of dilapidated bastions of the lower tier, and further opened magnificent views of wooded mountain ranges. 20. 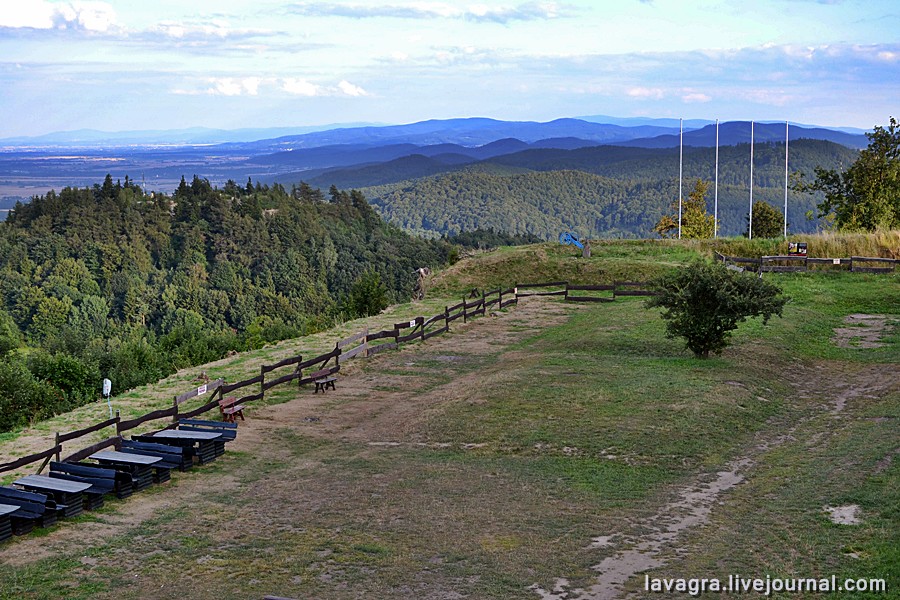 Looking at this beauty, and even with the sunset it is impossible not to fall in love with Lower Silesia. Moreover, in this region is so much interesting. Even to explore all the castle complex Srebrný Hory need more than one day. 21. 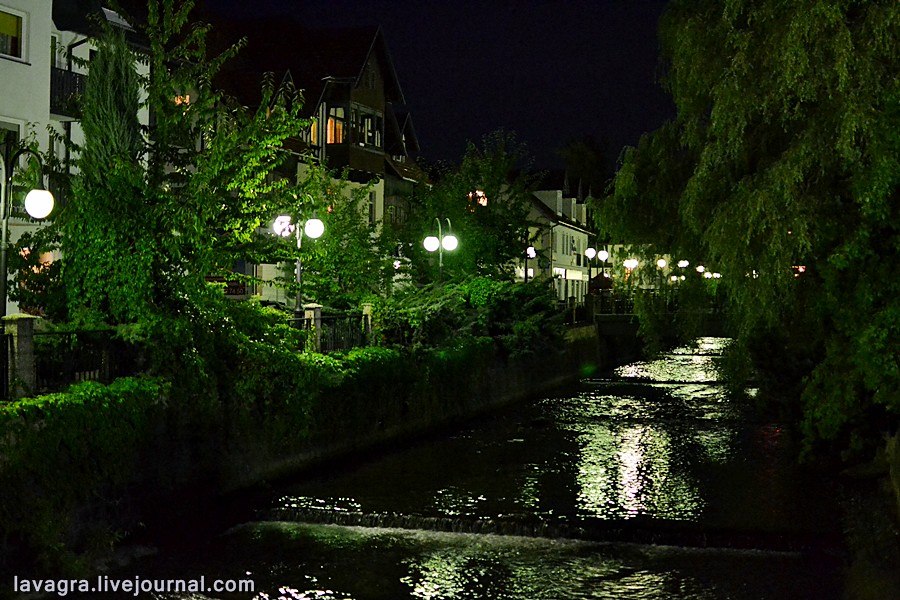 And there are many more interesting routes around. In addition, from this area it is convenient to make radial trips to the Czech Republic or Saxony. Don’t think I’m agitating. Rather, I am preparing a plan for the next trip here. 22. 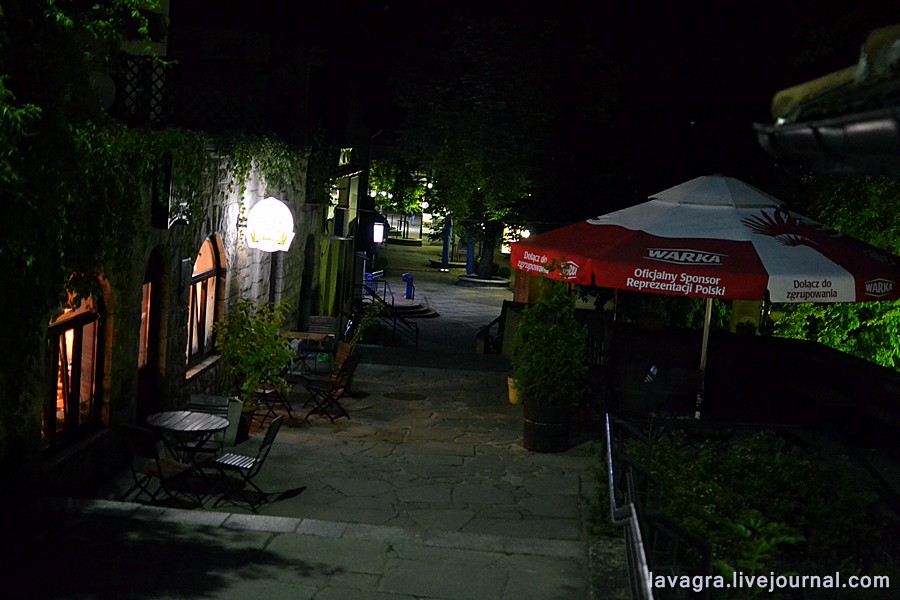 After our successful, and especially nice free visit to the fortress of Srebrný Hory, a few hours later we were at the end of our route – the spa town of Polanica-Zdrój. It turned out that this town is famous as a balneotherapy resort. This compound word means treatment and restoration of strength by mineral waters. And although we were not going to stay here for more than one night, the evening promenade was organized with the children. 23. 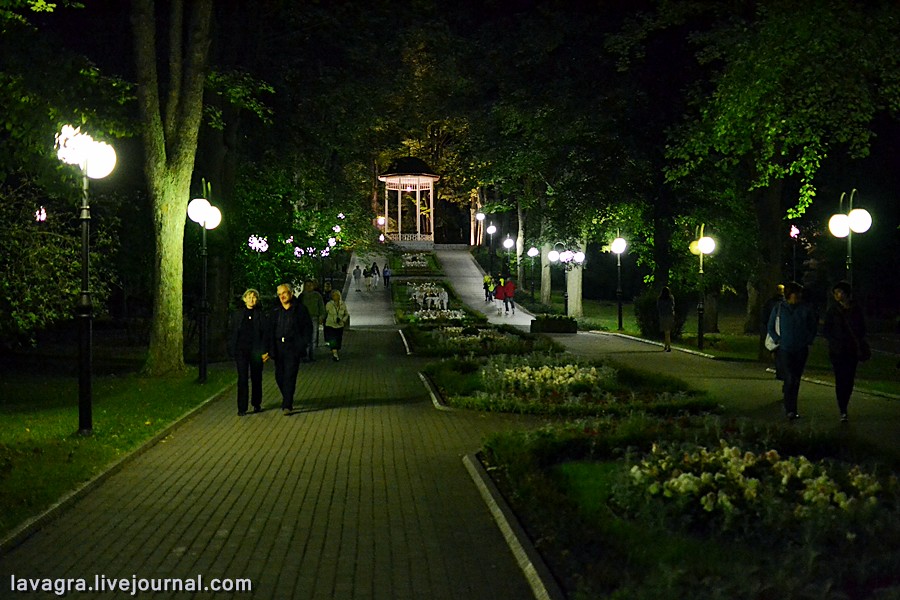 We walked for a few hours through the well-lit evening streets and looked into the city park. 24. 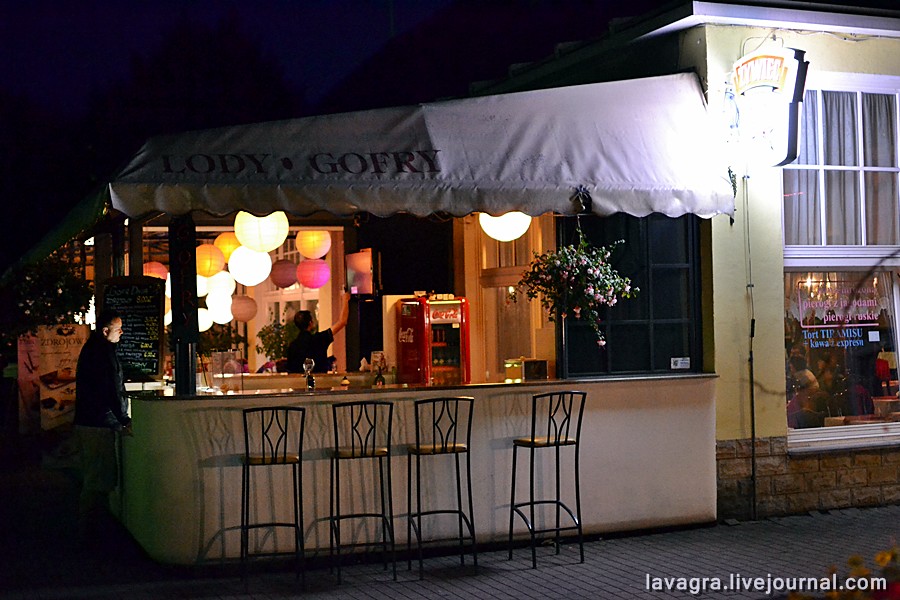 We sat by the singing fountains. 25. 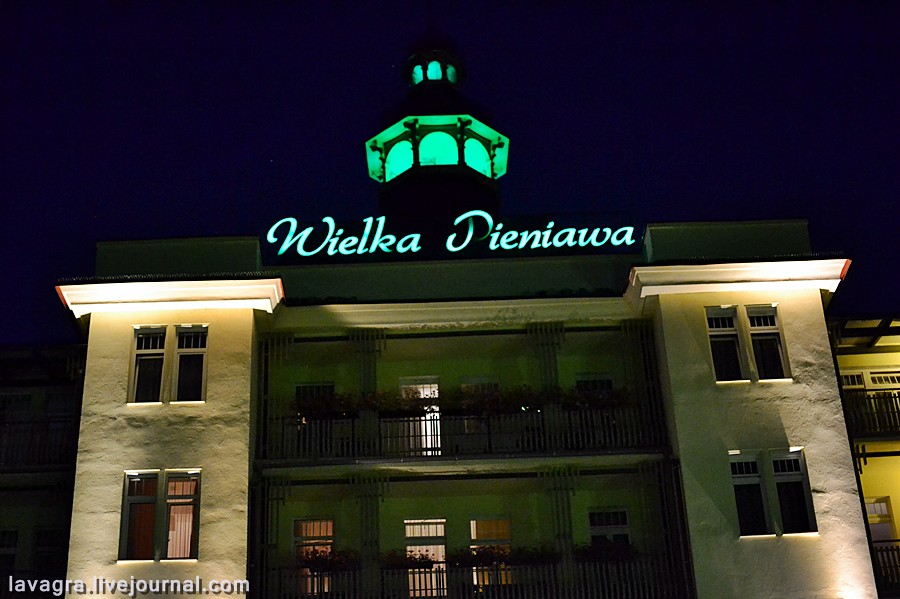 Took a tour of the oldest hotel in the city. 26. 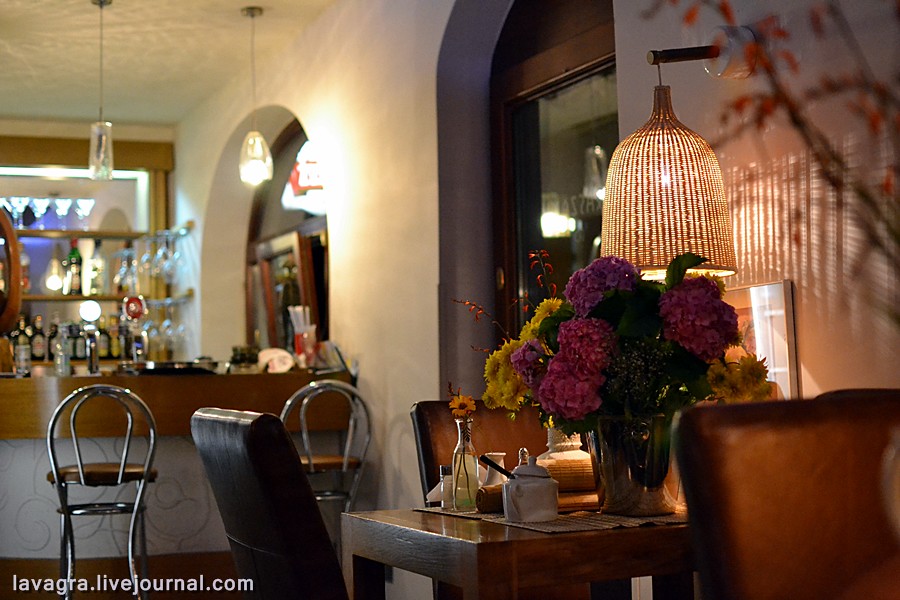 And grabbed a bite to eat at a local restaurant. 27. 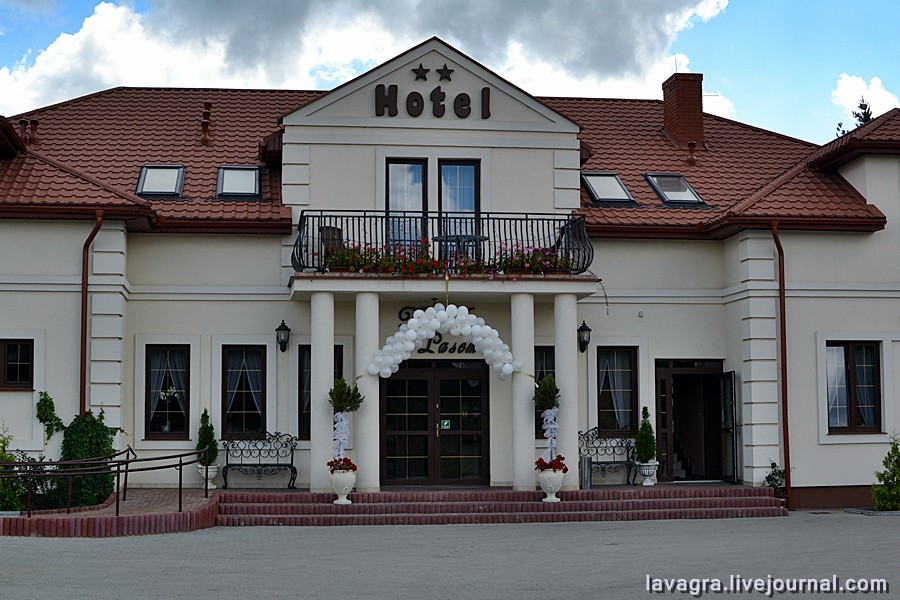 The Poles know how to organize such a vacation, so guests can relax and enjoy all the charms of a holiday in the mountains with clean air and healing waters. And although such a vacation for us so far is not relevant here was damn nice to spend the first evening of our big trip to Europe. 28. 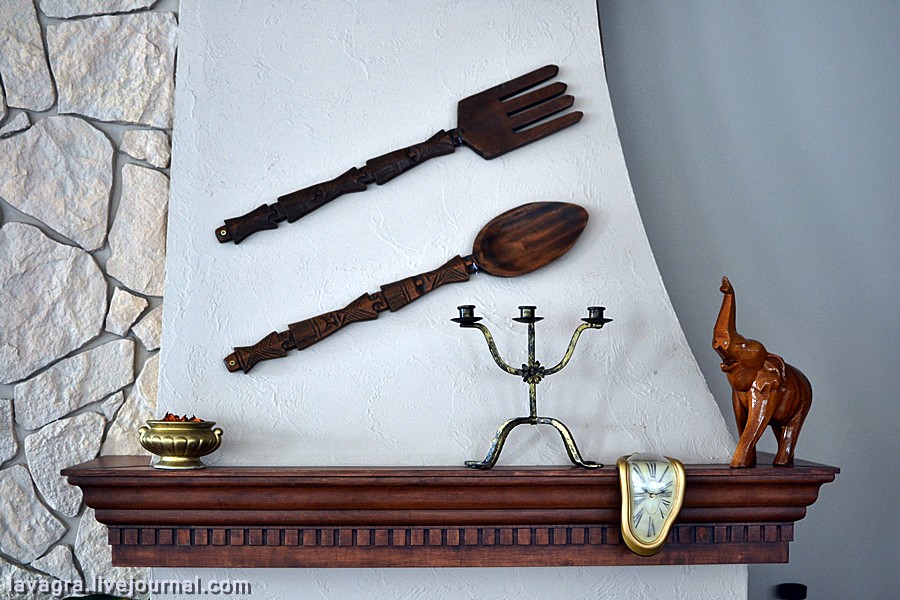 And the next day we started with renewed vigor to the next part of our journey – a trip to the Czech Republic. But about that I will tell next time. As they say, continuation follows. 29.