Historic Patras in Greece: all the sights

Patras is a major Greek city in the northern part of the country. For tourists it is of interest because of the many historical sites in the city itself and the surrounding area. 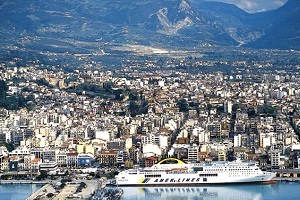 The city is situated in the northernmost part of the Peloponnesian Peninsula. It is the third largest city in Greece. It is one of the most developed ports in the area and has connections to Italy and the Ionian islands.

The city has an ancient history. The first settlements in this area appeared even before Christ, and in the times of the Roman Empire there appeared a big sea port.

The climate in this region is comfortable enough. Winter is mild, with more precipitation than in summer. In January, the air cools to 10 ° C.

During its long history the city had to witness a lot of historical events. The city was founded by the ancient Greeks and became part of the Roman Empire.

In later times, the Byzantines, Venetians, Turks and other peoples came here. There are well preserved sites belonging to different eras, peoples and religions. We will tell what to see the tourist in this interesting and beautiful city.

The most famous landmark of the city. It is the largest temple in Greece and one of the largest – in all Balkan countries.

The temple was built near the place of the alleged execution of the Apostle Andrew. This building is made in the classic Byzantine style. Its construction lasted from 1908 to 1974.

The cathedral keeps relics of the saint and reliquary with parts of the cross on which the apostle was crucified. It is a functioning temple and everyone can visit it. 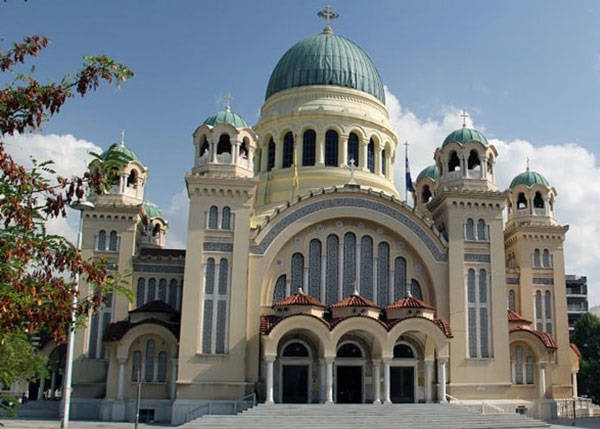 The Ancient Roman Odeon is located in the Upper Town. The structure dates back to 160 BC. During the Roman Empire, it hosted theatrical performances, gladiatorial fights and other events. For many centuries it was forgotten and only in the XIX century it was accidentally discovered during the construction works. After the restoration the Odeon was opened to the public.

READ
Itinerary for Bergamo and surroundings in 7 days, Italy

It is now one of the main attractions of the city. In the summer period the Odeon is the venue of the city’s Festival of Arts. It is easy to get here from anywhere in the city. 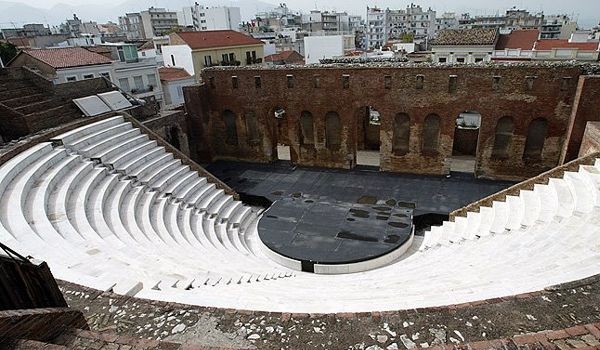 The Rion-Andirion Bridge is among the modern attractions of the city. It was opened in 2004, on the eve of the Olympic Games in Athens.

The openwork cable-stayed bridge connects the banks of the Corinth Canal. Its length is almost 2.5 kilometers. State of the art techniques were used in its construction to make it earthquake resistant and reliable. 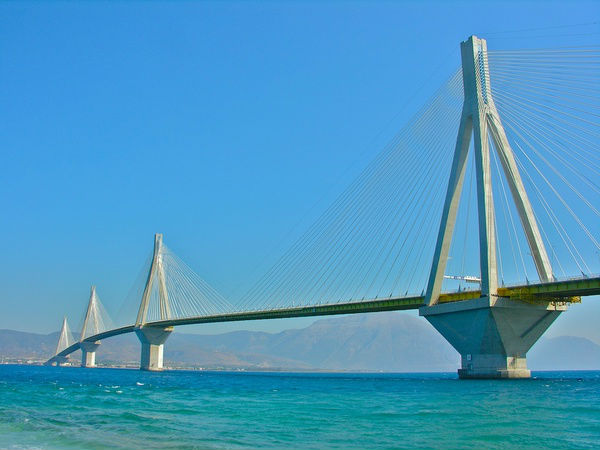 The medieval fortress rises on the Panaháiki Hill where the Acropolis used to stand. The construction of the castle began under Emperor Justinian, but much of the work was done much later.

During the Crusades the Crusaders built a real citadel here. It had seen sieges and storms and changed hands many times.

Now it is not only an outstanding landmark of the city, but also, thanks to its location on a hill, an excellent vantage point from which you can enjoy excellent views of the surrounding countryside. 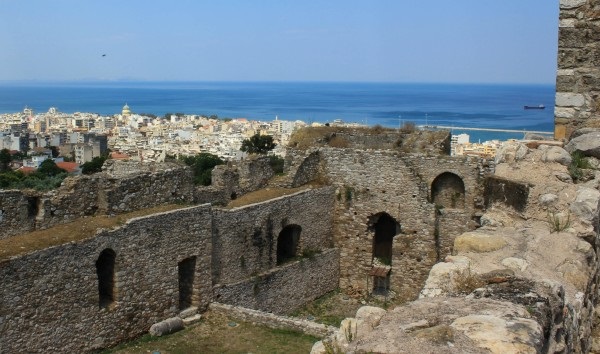 Ahaya Clauss Winery is now one of the largest wineries in the region. The wines produced here are exported to many countries around the world. The founder of the winery was German winemaking enthusiast Gustav Clauss. In 1854, he bought a plot of land in the vicinity of Patras, planted vineyards there and began wine production.

The most famous brands that are produced here are Mavrodaphne, Muscat and Demestica. They have repeatedly won various medals and prizes at international competitions.

You can visit the winery with a tour. It is located 8 km to the south-east of the central part of the city, in Petrotone. The best way to get here is by car.

READ
10 things to see and do in Apodaca, Mexico 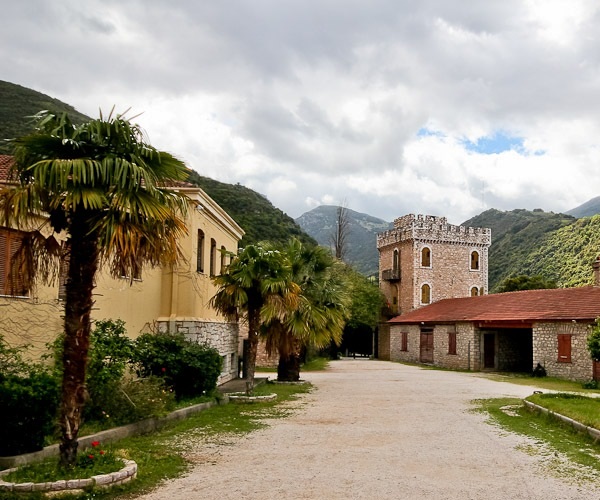 Aqueduct was built during the Roman Empire. It was used to supply water for the needs of the townspeople. The source of water was an artificial reservoir, which was formed after the construction of the dam on the river Dikoniaris in 10 km from the city.

A few arched sections have survived to this day in the old part of the town. Now it is one of the most interesting historical sites in the city. 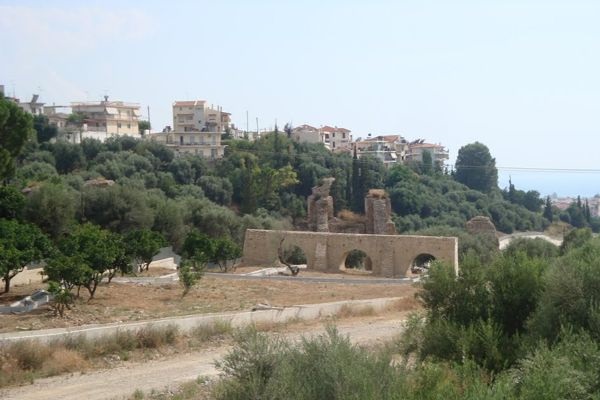 The lighthouse of Patras

One of the most recognizable places of the city. Its photos have long become a real calling card of the city. The imposing 17-meter stone structure was built in 1878, but in 1972 during the modernization of the port, the lighthouse was destroyed. In 1999 the structure was rebuilt. It is an exact copy of the destroyed object.

Nowadays it is not used for its intended purpose. In summer time there is an observation deck on the top floor, which offers interesting views of the city.

The lighthouse is located in the old part of the city on the coast, near the St. Andrew’s Cathedral, so it is easy to get there. 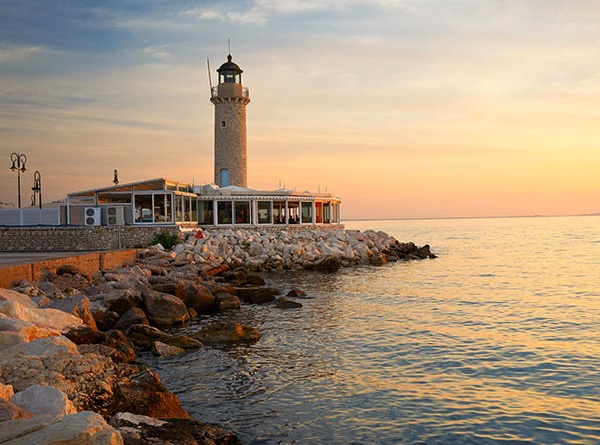 Another famous Christian temple of the city. Back in the X century a church was built on the site of the Roman temple of Zeus. Its prototype was the famous temple of St. Sophia in Constantinople.

After the conquest of Greece by the Turks the church was turned into a mosque. As a result of the military actions the church was almost completely destroyed. But already in 1835-1840 a new cathedral was built, which is an exact copy of the original temple.

Now it is a functioning Orthodox Church. 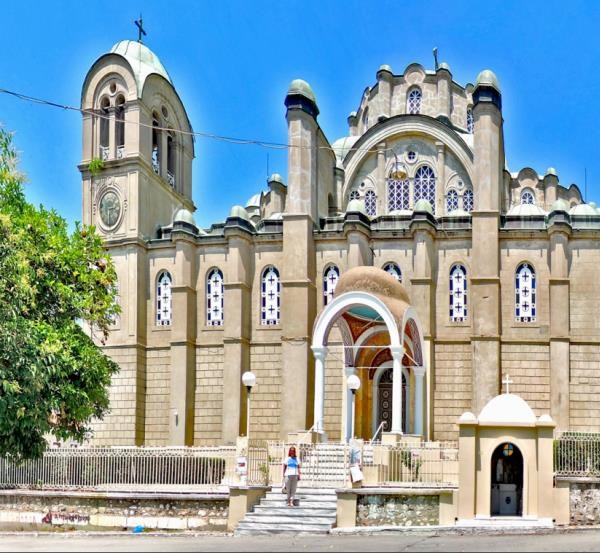 The main cultural attraction of the city. It was built in 1872. The funds for its construction were collected by the citizens. The building is an excellent example of neoclassical style. The author of the project was the famous German architect Ernst Ziller.

It regularly hosts performances and musical ensembles that attract not only locals but also tourists.

Theater Apollo is located in the central part of the city, on the square of George I. 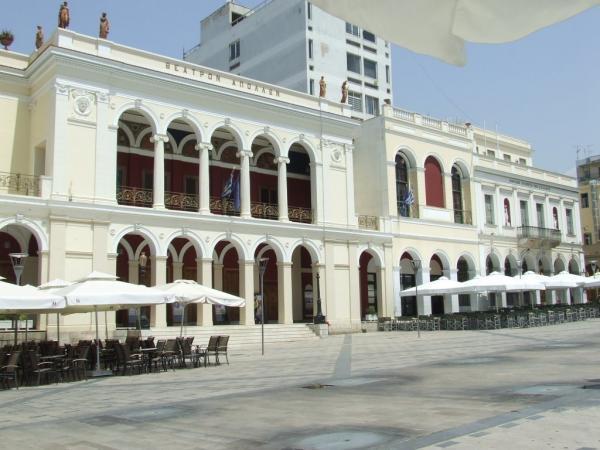 Carnival in Patras can also be considered one of the main attractions of this city. It is one of the most famous and largest European carnivals. It usually begins on January 17. The festivities last almost a month and a half, until Maundy Thursday. All this time the city streets are the scene for all sorts of festivities, celebratory concerts and processions.

This event is celebrated for over 150 years. Participation in the carnival – it is an unforgettable event, which remains in the memory of any person for a long time. However, tourists need to keep in mind that the prices for housing at this time skyrocket, so you should book it as early as possible. 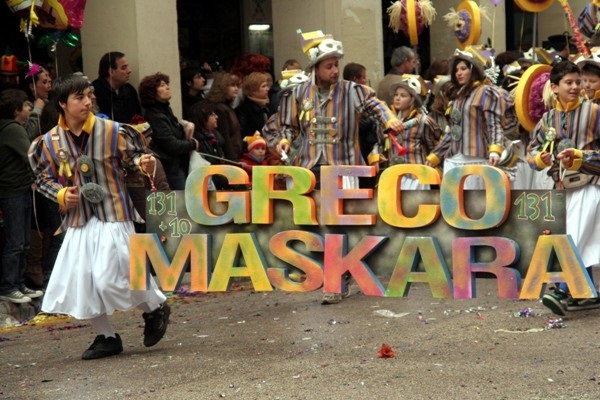 It has a rich collection of household items, tools and furniture. Its main mission is the preservation of cultural heritage and folk traditions.

Various master classes are regularly held for visitors, where you can watch and participate yourself in making shoes pottery and other folk crafts.

The museum is located in the central part of the city at the intersection of Koritsas Street and Maurokordatou Street. 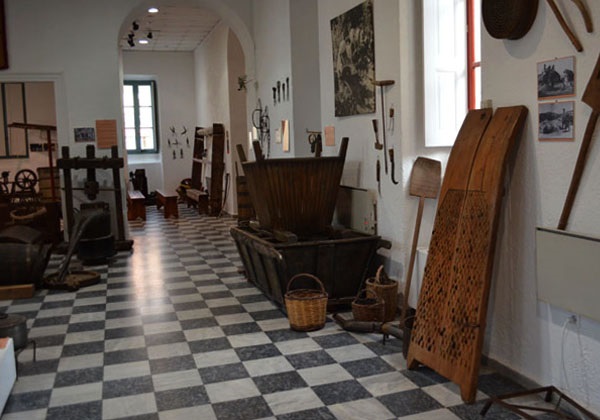 It is located in the central part of the city. There are exhibits found in excavations around the city – the remains of dishes, amphorae vessels. There is a good exposition of sculpture.

The museum is located on the street N.E.O. Patron. 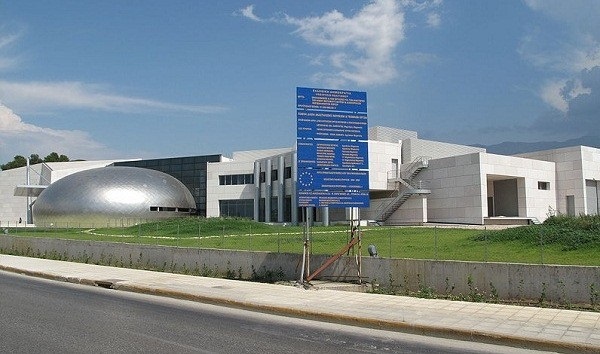 Not far from the cathedral of St. Andrew is a small basilica dedicated to the saint. It was erected in 1835 on the place of the apostle’s execution. It is believed that it was here that he was crucified on an oblique cross, which later received his name.

Of the interesting places to visit around the city, the Corinth Canal, which connects the Ionian Sea with the Aegean, should be noted. Its length is more than 400 km. The construction was completed in 1882. It is most convenient to get here by car.

The distance from the city is about 130 km. 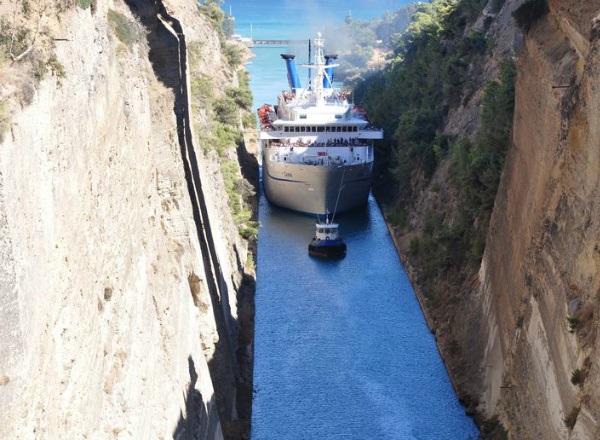 At a distance of 75 km from the city lies the most ancient monastery in Greece – Mega Spileon.

You can get there by car or train. If by car or by train, get off at Diakopton station. There is a mini tourist train from there to Zachlarou. Tickets for it cost 17 euros per round trip. From Zahlaru to the monastery leads a mountain path. 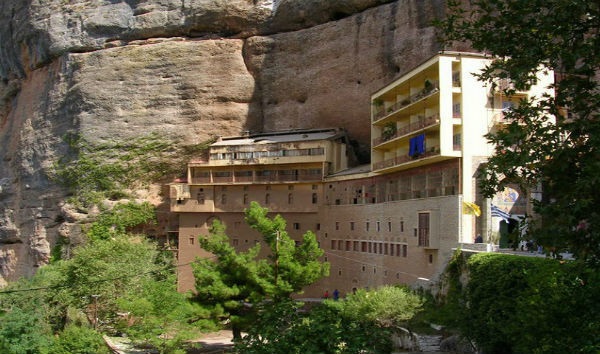 What to see with children? 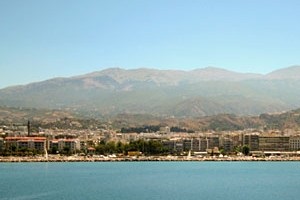 Patras can’t boast large children’s entertainment complexes. However, you can spend a good time here also with the little ones. Not far from the city center there is a beautiful and well maintained beach . It has all the necessary infrastructure, including entertainment for the whole family.

At a distance of 30 km towards Corinth there is another nice place for your vacation, Lambiri. It is a picturesque place, where you can swim in clean water and relax surrounded by beautiful nature. The best way to get here is by car.

Kalagoria is considered one of the longest sandy beaches in Greece. The area is near the small town of Yanniskari, which is about 50km far from Patras. The beach is covered with fine golden sand and not far away there is a forest which makes the air especially healing.

The city is quite large by Greek standards. Besides temples and churches, there are a lot of good and inexpensive restaurants and bars. There’s something to do during the day and evening.

The city was worth a visit. It was a good and comfortable base for us while we were travelling around the Greek islands. We stayed here twice, and we loved it.

READ
Malcesine, the pearl of Garda

I liked Patras very much. Ancient Orthodox churches and the atmosphere of a cozy southern city appealed to us.

Patras can offer the tourist a variety of opportunities for a great time. Numerous churches and cathedrals, comfortable climate and well-developed infrastructure leaves no one indifferent.