Venice is a city in northern Italy and the capital of the Venice Province. It is an elegant and sophisticated ancient city, famous all over the world for its canals, medieval architecture, majestic palaces and luxurious Catholic cathedrals. Despite the fact that the city for years is sinking, and the old houses and the blocks are eaten away by damp and mold, Venice has not lost its magnificent appearance and the former greatness, praised by many Italian poets and painters. The city remains one of the most attractive tourist destinations in Italy and Europe, its squares are always crowded, and shops and gondola carriers always have stable income from travelers. Here are 7 of the most notable places in Venice that are definitely worth a visit. 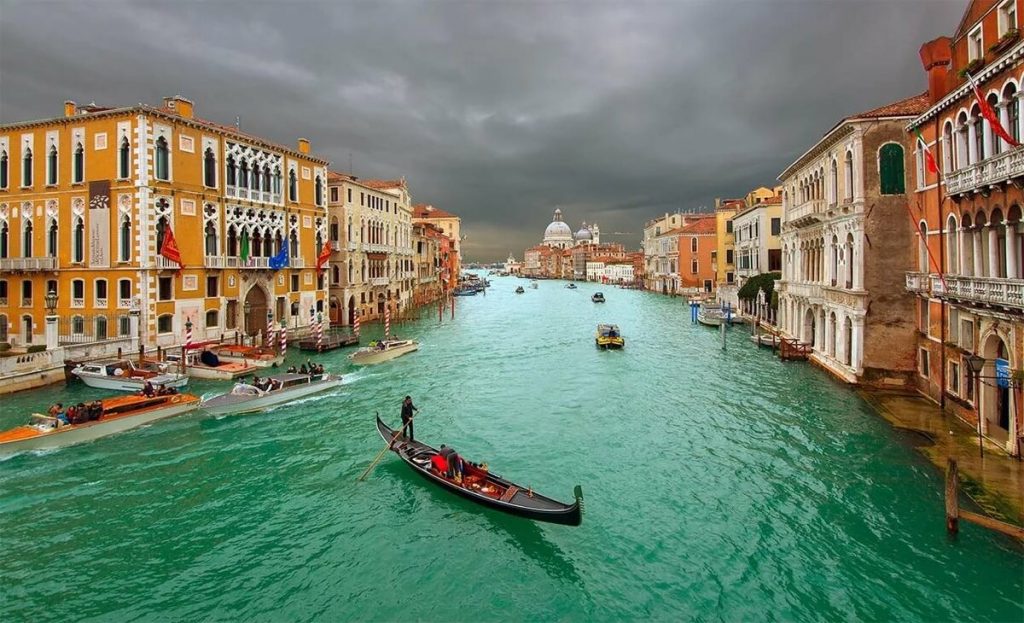 The main “street” in the Venetian canal system. The Grand Canal begins at the railway station and runs through the city for 4 kilometers. In addition to traditional gondolas on the canal there are a lot of pleasure and sightseeing ships, from which you can see Venice in all its glory. Along the canal there are many ancient cathedrals, medieval mansions and picturesque buildings. Every year a regatta is held there. 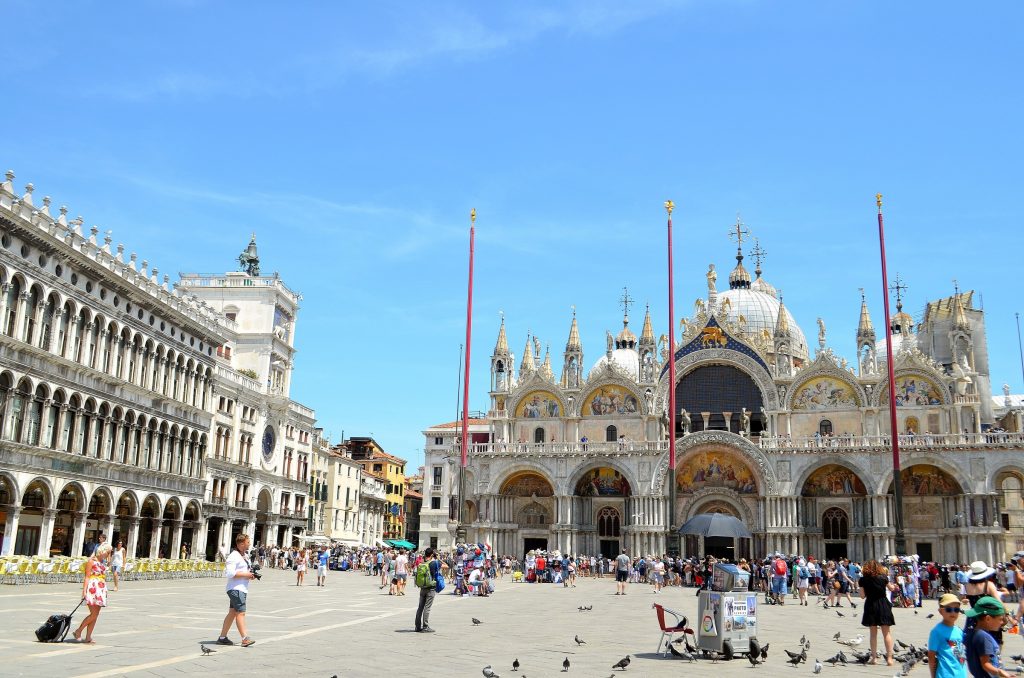 The central square of the city, the pride of Venice and the main historical and cultural attraction. On the square there are many ancient buildings, also named after St. Mark – the Cathedral, the clock tower and the tower-campanile. There are also widely known columns with sculptures of the winged devil and the Apostle Mark. In the square occurs most cultural events of the city, and at any time of the city there is a lively life. 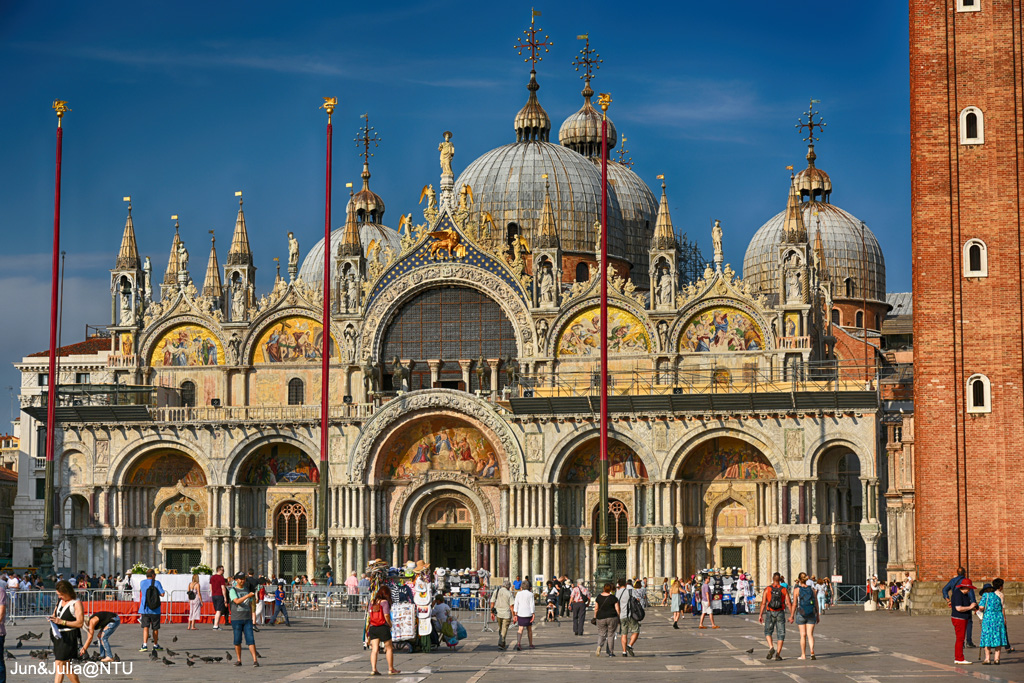 Magnificent temple on the square of the same name, with a very unusual for Europe Byzantine architectural design. The cathedral holds the relics of the Holy Apostle Mark, brought to the city by the Knights Templar Order back in the 10th century. Until the 19th century in the building of the temple were held coronation ceremonies of the local rulers. Construction of the cathedral began in the 11th century and ended only 400 years later.

READ
The 6 Most Beautiful Places in Guadeloupe, France 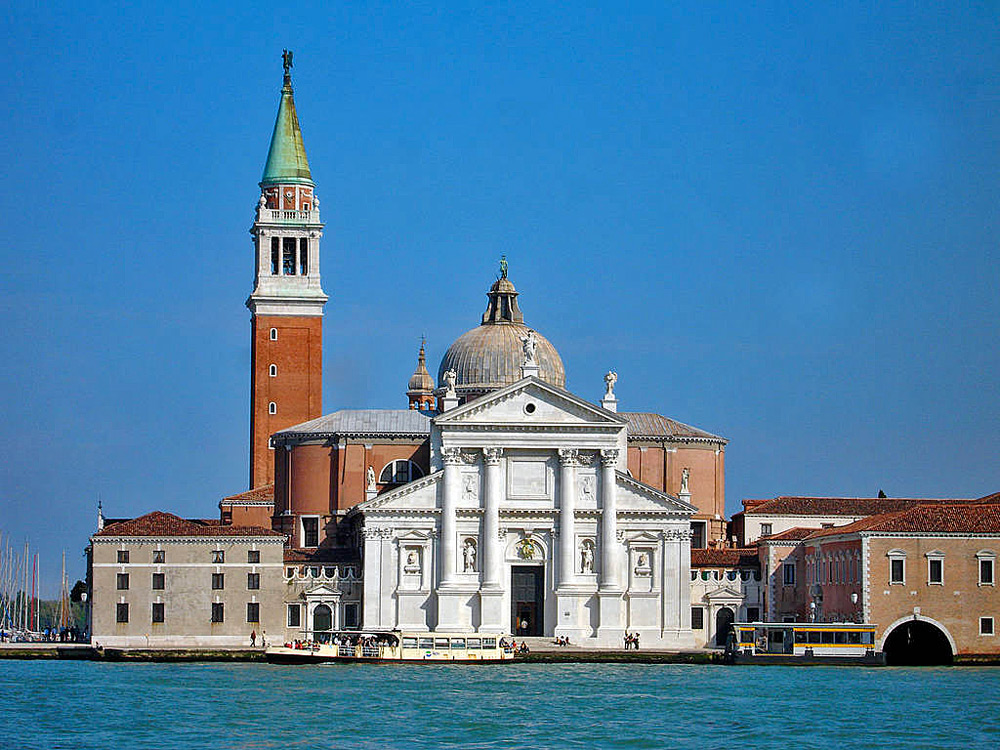 4. The Cathedral of San Giorgio Maggiore

Located on the island of the same name, the church was built in the 16th century in the style of the Classical Renaissance. The island has belonged to the Order of St. Benedict for more than 1,000 years. Before the 13th century there was an old church and monastery, which were destroyed in an earthquake. The building has a majestic dome and a Gothic-style bell tower as well as picturesquely painted interior walls. 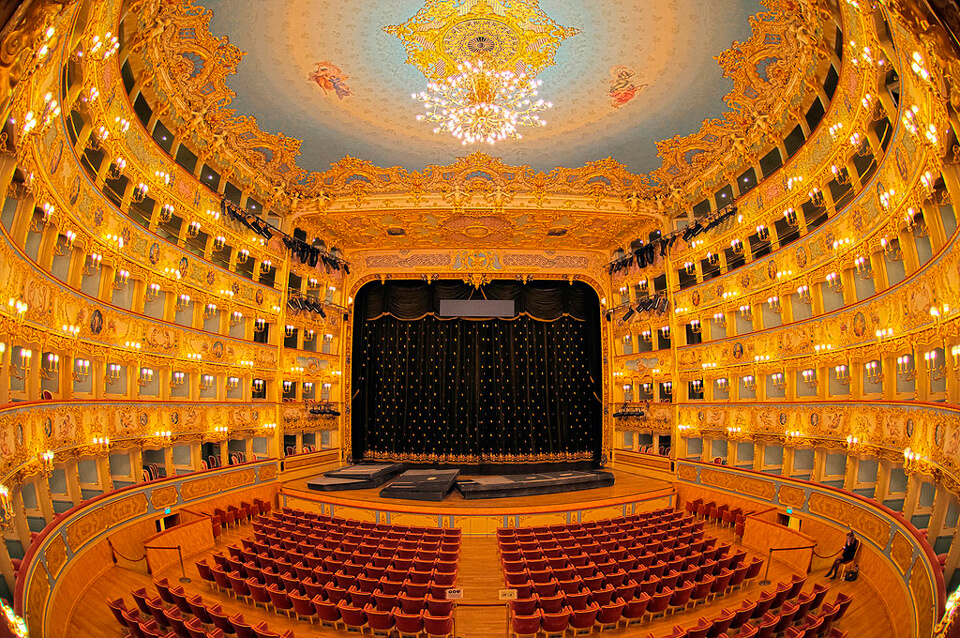 The main Venetian opera house, where the world-famous Italian composer Gioacchino Rossini made his debut in 1813 and whose operas are still played in many European venues today. The theater burned several times in fires, but rose from the ashes even more beautiful and majestic, for which it was named the “Phoenix”. The last restoration work on the theater building was done in 2003. 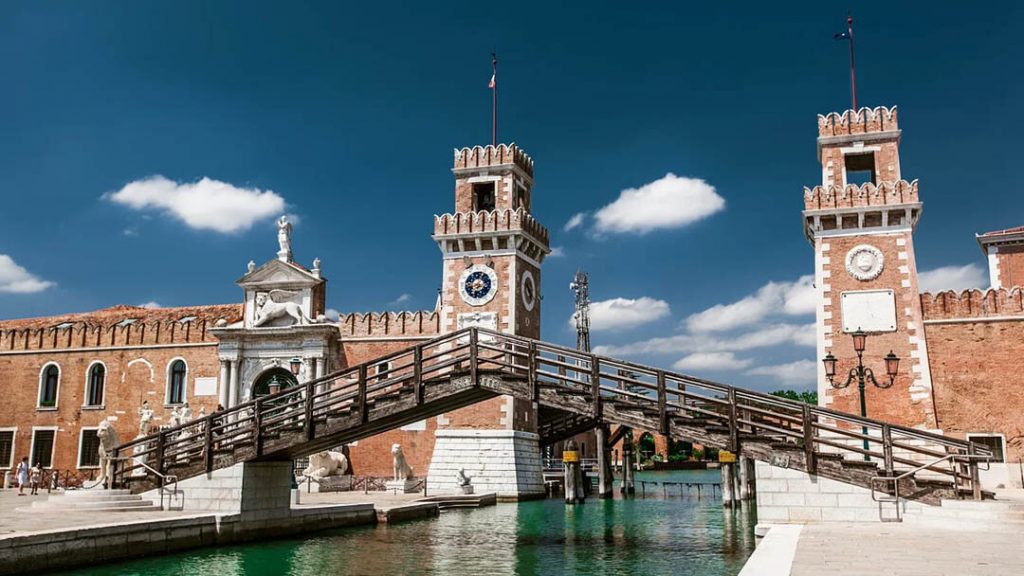 An armory and shipyard in the historic part of the city. The Arsenal building was built in the 12th century and was used to arm the Italian battle galleys. It was at these shipyards were invented galleons – the flagships of the Italian Navy, which took part in many sea battles. The current arsenal houses a historical research center and maritime museum showing the history of Italian shipbuilding. 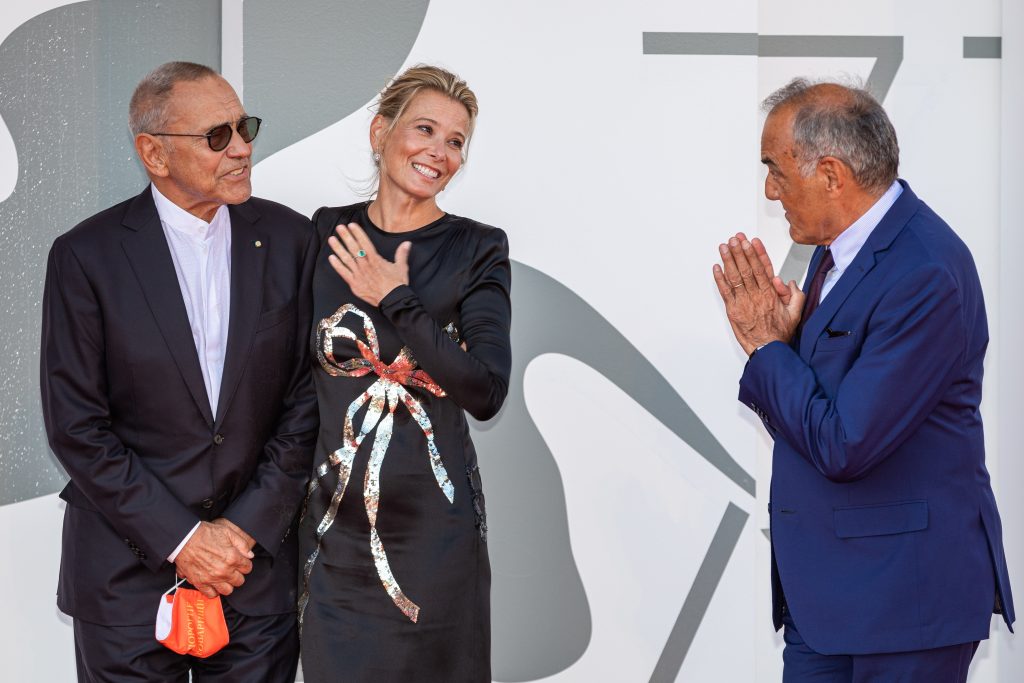 More of an event than a attraction, the annual Venice Film Festival . The festival features mostly short films and documentaries. The main prize is the Golden Lion. Going to this festival is a dream of many movie lovers from all over the world.