7 places to visit in Roses, Spain

Roses is known for its sights worth visiting, taking beautiful pictures and just remembering)) 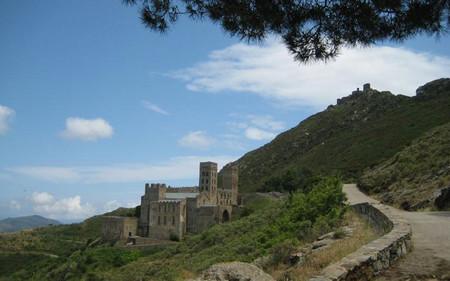 One of the largest and most famous of the Catalan monasteries, Sant Pere de Rodes is leaning against the slopes of a high mountain above the small town of Port de la Selva in the north of the Iberian Peninsula. The Benedictine abbey was founded in the 10th century by one of the most important monastic orders. Today, the sturdy walls of the monastery, destroyed by time, have been rebuilt and restored. Here we recommend climbing the bell tower, you can stroll under the cool Romanesque vaults of the central hall, and climb up and see the views from the quadrangular defensive tower.

Behind the monastery there is an inconspicuous path that takes you to the very top of the mountain to the castle of St. Salvador de Werder. The lazy will also see the little houses of Porta de la Selva and even the towns of Roses and Empuriabrava lying quite far away.

2. The Dolmen of Creu den Kobertella 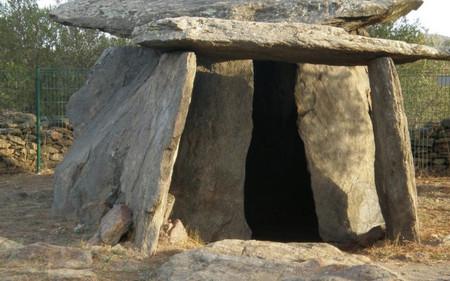 Dolmen is an ancient structure built from stones. The oldest dolmen in Spain, Creu den Cobertelia, is located five kilometers from Roses. It is said that this place has a strong energy, we advise tourists to touch the huge plates, which weigh several tens of tons. The great popularity of the dolmen led to the fact that in 1964 the Spanish government awarded the status of protected object. Dolmen will be of interest to lovers of historical finds, everything unusual and magical. 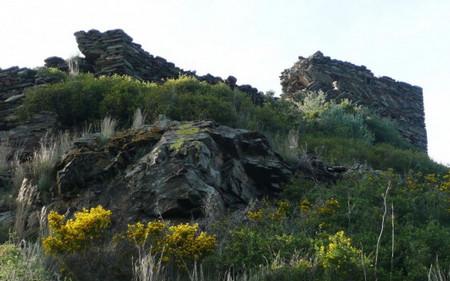 The Castle of Bufalaranha, located in the town of Serrat de San Berta (not far from Roses and Cadaques), is so ancient that no one remembers its history. We only know that it was built in 974, later it was part of the monastery of San Pere de Roses and from the XVII century until the middle of the XIX century was several times reconstructed and changed its owners.

Here you can see the remains of the ancient halls, climb the observation towers and enjoy beautiful views of the Roses, the monastery of Sant Pere and the valleys of the Alt Emporda. The castle is on the List of Historical Heritage of Spain.

4. The Castle of the Holy Trinity 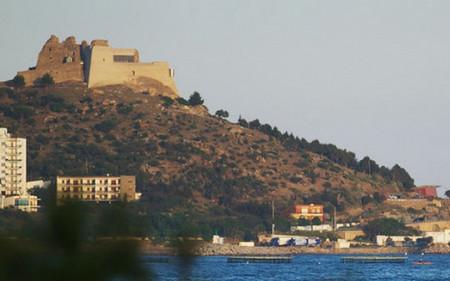 One of the most impressive buildings in Roses is the castle of Sant Trinidad, which rises on the northern outskirts of the city, just above the local lighthouse. The castle-fort was built in 1544 on the orders of Charles V, who laid the very first stone in its foundation. Built in the shape of a five-pointed star, with thick walls and three terraces for cannons, it served as a reliable defense of the city and withstood many battles.

Today, the Holy Trinity Castle has been restored and is open to tourists. They come here primarily to photograph and remember the ponarama, which covers not only the coast of Roses, but also the plains of the Alt Emporda, all the way to the snow-capped peaks of the Pyrenees. 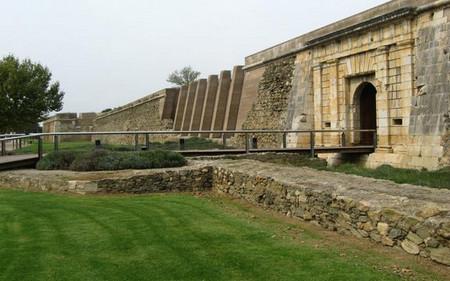 At the entrance to Roses, the sturdy walls of the old fortress of Roses rise up. There was an ancient Greek settlement around this citadel in the 4th century B.C. Today’s appearance of the fortress was formed by the 16th century and now, walking through the massive Porta de Mar, you can see the remains of Roman and Greek houses, visit the archaeological museum and go to the church of Santa Maria de Roses, built on the ruins of an ancient Benedictine monastery.

READ
9 things to do in Normandy, France

From the wall of the Citadel you can see an amazing view of the bay, the cozy seafront and the modern Catalan city of Roses. 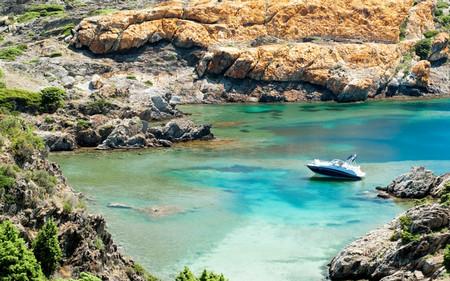 The Catalans have given this name. Cap de Creus End of the World. This cape, is located near the fishing village of Cadaqués, and is located in the very east of Spain. Cape Creus is a volcanic reserve, and therefore the scenery here is the most unearthly: the rocks, corroded by strong winds, geological faults, sea coves, which look like alien craters. A lonely lighthouse completes the picture. These views have often inspired the works of the famous Dali, and in 1971, at Cape Kraus even filmed “Dangerous Light at the End of the Earth” based on the famous novel by Jules Verne.

Not far from the old lighthouse there is a restaurant and a small hotel where you can wait out the heat and taste traditional Catalan food. To get to the cape you can take a trail, but must have comfortable shoes. You can also get to the end of the world by car or special transport. 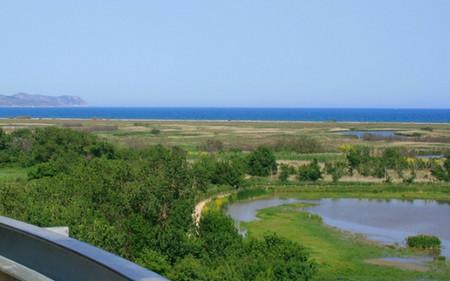 The Catalans call Emporda Park “a piece of swampy Britain”. The peculiarity of this barren swampy land is a large number of migratory diverse birds that take a break in the park. The park is equipped with special paths for pedestrians and cyclists, so it is very convenient and comfortable to admire the chibis, flamingos, gulls, ducks and all the other inhabitants.

All information about the city of Roses

READ
The heart of Georgia - Mtskheta and its cultural heritage

Rosas or Roses, Roses (Rosas/Roses) is a small Catalan town located on the Costa Brava, Spain, near France.

It is part of the community of Catalonia and the province of Girona. The city covers an area of 45.91 square kilometers. The city has a population of 20542 inhabitants according to the 2010 census, a density of almost 450 inhabitants per sq. km. Rosas is 140 km away from Barcelona.

The climate in Rosas is very mild and favorable for the growth of roses, that’s why this land is called the “Land of Roses”. 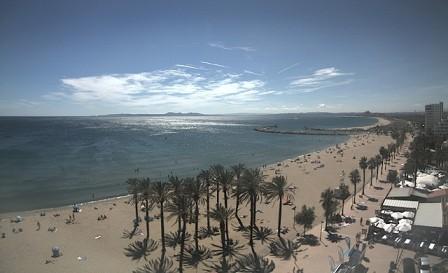 The sights of Rosas (photo)

Official site of the city:

The city was founded by the Greeks, then, in the 3rd century BC, the Romans claimed the land.

In 216 BC, the troops of Cornelius Scipio with 70 ships, 1800 horses and 36000 soldiers landed peacefully on the coast and initiated the romanization of the Iberian tribes in the area who were already in contact with the Greeks.

Later, the city was taken over by the Visigoths, then the Moors conquered it. And already in the XIV century the city was subjugated to the Christians.

The numbers on the map show the following major sites in Rosas:

The Church of Santa Maria or Santa Maria (Parroquia Santa María de Roses) is located in the center of the city.

The Trinidad Fortress (Castell de la Trinitat) was built in 1544 next to the chapel.

The Aqua Brava water park is located not far from the city.

There are 7 beaches, the best of which are: La Perola and Rastrell have been awarded the mark of quality beaches: the blue flags.

READ
About the lives of rich people in South Korea

Church of the Virgin Mary in Roses 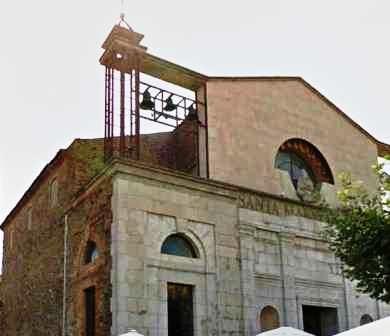 The Church of Santa Maria in Roses, or Santa Maria (Parroquia Santa María de Roses) is located in the center of the city.

It is a Catholic church that was erected on the site of a 9th century monastery.

The Museu de la Ciutadella de Roses is located on the site of a Roman settlement in 333 BC.

Now it is the city’s archaeological open-air museum.

Fortress of the Trinidad in Roses 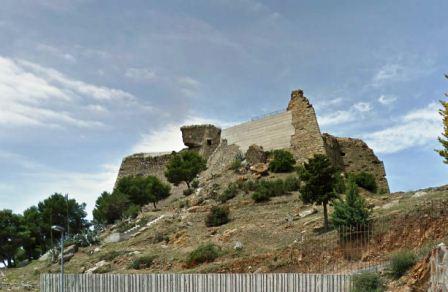 The Fortress of Trinidad in Rosas (Castell de la Trinitat) was built in 1544 next to a chapel that had stood there since 1508.

When the construction of the fortress was completed, the chapel was destroyed for some reason. 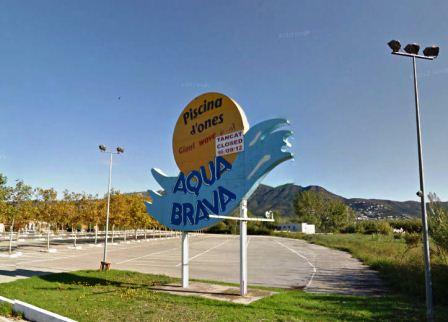 The Aqua Brava water park in Rosas (Aqua Brava) is not far from the city (1 km). 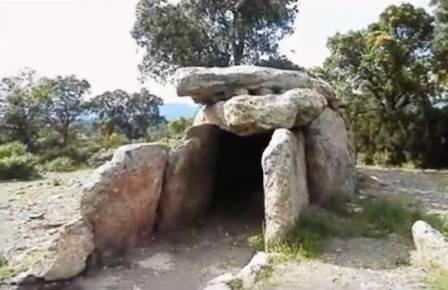 The dolmen of Creu d´en Cobertella in Rosas, just 1.5 km from the town, is the largest in Catalonia and is about 5000 years old. 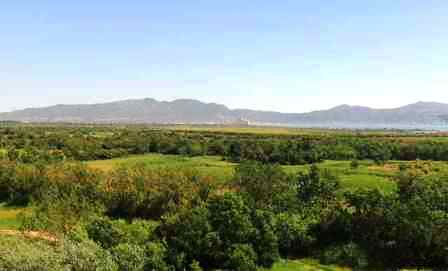 The Aiguamolls de l’Emporda park in Rosas covers an area of 4,900 hectares.

The Fortress of the Ciutadella in Rosas 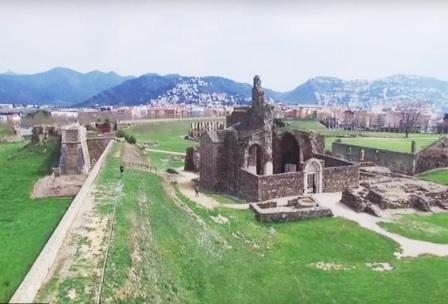 Fortress of the Ciutadella de Roses

The monument is in the shape of an irregular pentagon about 1013 m in diameter and is divided into two concentric defensive levels.

The citadel was founded in 1543 by King Carlos I, mainly to defend against pirate attacks and French troops. It was a military fortress of 131,480 square meters, whose entrance was guarded by a monumental Sea Gate. The citadel was built in Renaissance style. There are important archaeological finds under the citadel, similar to those of the ancient Greek cities of Rhodes, which was founded in 776 B.C. It is now the city’s open-air archaeological museum. The citadel of Roses was declared a Historical and Artistic Heritage Site in 1961 and is one of the most striking examples of cultural diversity in the Emporda.