Olomouc – old town in eastern Bohemia, in the heart of historic Moravia, one of the most beautiful cities in the country. This is a city of students, ancient streets and squares, interesting sights. Olomouc is very similar to the Czech capital of Prague, but it is cozier and quieter. 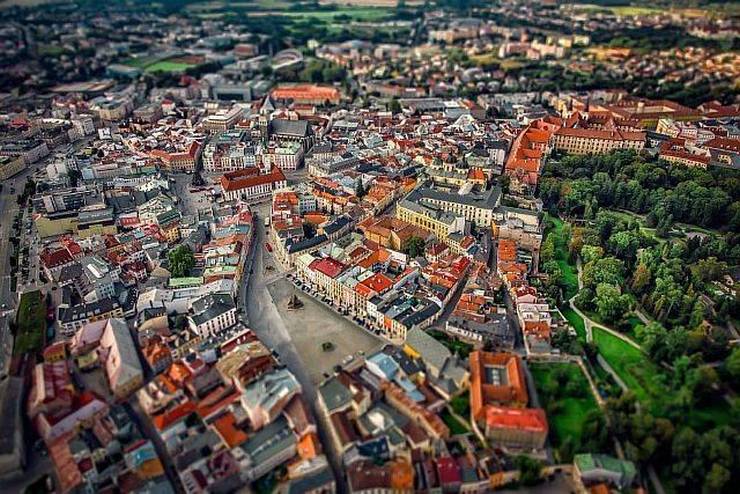 Information about the city

Olomouc is a student city. There are almost 10 thousand students per 100 thousand inhabitants. One of the oldest universities in the Czech Republic is situated in Olomouc. In addition, Olomouc is a very beautiful, cozy town, popular among tourists. Its features are beautiful old streets, spacious baroque squares, built in the 18th century. It is also quite a lot of parks and green areas.

Olomouc has always been one of the most important royal cities in Bohemia. Thanks to its convenient location, the presence of an ancient university and its spiritual, cultural and handicraft traditions for centuries the city has been the center of Moravia, which attracted artists, intellectuals and merchants. 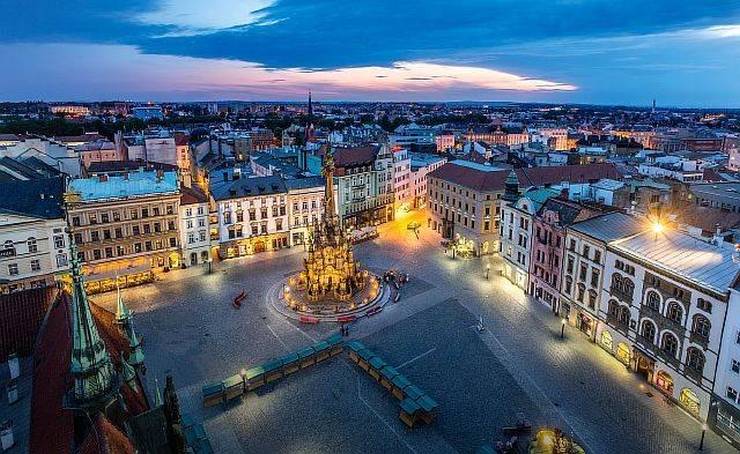 In the 10th and 12th centuries, Olomouc existed as a fortress. But already in 1253 the city was granted the status of a royal town. Until 1641, it was the capital of the Moravian margraviate. After the Thirty Years’ War Olomouc was occupied by the Swedes for 8 years. During the occupation, the city suffered a lot. After that Olomouc lost its position in Moravia and the status of the capital of the region passed to Brno.

In 1848 the Austro-Hungarian emperor’s court temporarily moved to Olomouc, and Emperor Ferdinand I abdicated the throne here in favour of Franz Joseph.

READ
An unforgettable journey through beautiful Montenegro. TOP places which will not leave you indifferent

The city’s close proximity to Austria was largely responsible for the strong German influence. In the 19th century the German-speaking population of Olomouc was three times larger than the Czech population. The situation changed after World War I, when Olomouc became part of Czechoslovakia. Today Olomouc is an important economic, tourist and cultural center of the region.

How to get to Olomouc

The best way to Olomouc is to get to it from Brno, a distance of only 80 km. From Prague the city is located at a distance of 280 km. Timetables and tickets can be bought here – http://jizdnirady.idnes.cz/vlakyautobusymhdvse/spojeni/. You can also go to Olomouc from Krakow.

The food of Olomouc region beckons to visit local restaurants and try all the specialties of Moravian cuisine. Olomouc cheeses and a glass of good beer is the highlight at any Olomouc restaurant. Of the rich selection of beers we recommend “Moritz” and “Vašek”, which are brewed in small breweries right in Olomouc. Fans of sweets will surely enjoy the dumplings made of yeast dough, filled with fruit and sprinkled with cottage cheese. 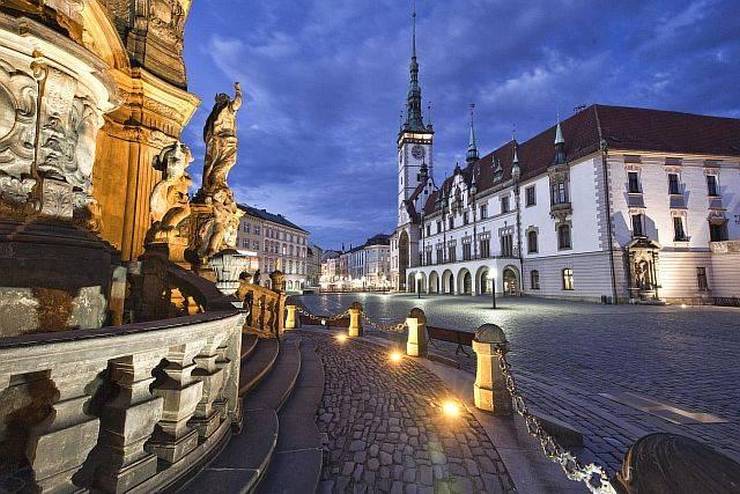 In Olomouc you can choose a hotel, guesthouse or apartment. There are hotels as well as pensions and hostels available for accommodation. If you plan to stay in a hotel, you will pay around CZK 2000 per night for a double room. If you are looking for a cozy guesthouse, the price for a modest double room will be around 700-800 CZK per night and 1500-2000 CZK for a guesthouse in the city center. A night in a hostel costs from 300 CZK.

READ
Where to rest: the best resort towns of Abkhazia

In the center of Olomouc there are lots of stores and outlets where you can buy both Czech and foreign goods. If you want to spend a whole day shopping, you can go to one of the Olomouc shopping centers, where there are many cozy cafes and good restaurants, where you can spend a good time after a busy day. Credit cards are accepted almost everywhere: in hotels, in large restaurants, at gas stations, in supermarkets and many other stores. Cash can be withdrawn from ATMs. 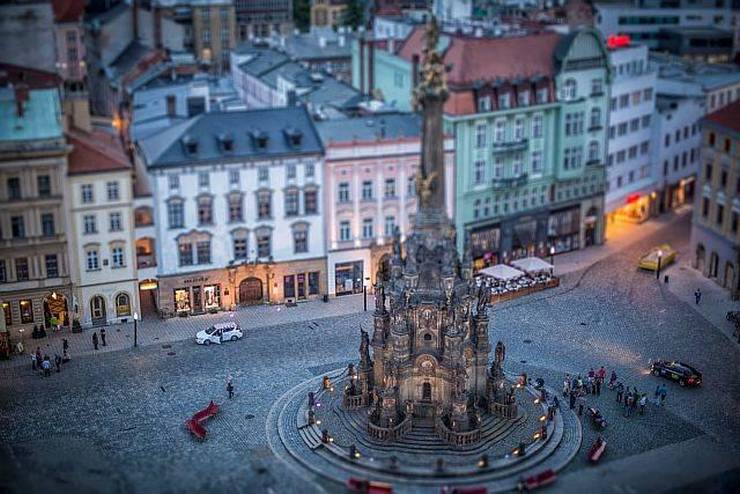 Small stores are open weekdays from 8:00 a.m. to 6:00 p.m. Some stores have a lunch break from 12:00 to 13:00. Larger stores and supermarkets close at 20:00. The exceptions are the so-called “vespers”, which are open until late at night. On Saturdays, stores are open until lunchtime and Sunday is a day off. Shopping centers are open all days of the week from 9:00 to 21:00 hours. 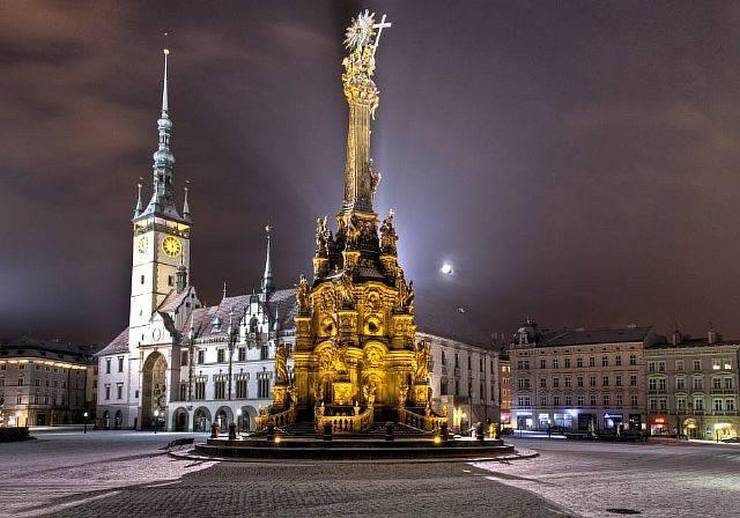 The column of the Holy Trinity is primarily a religious monument. It was built in gratitude for the deliverance of the city from the plague. The construction began in 1716 and lasted 38 years. The column was started to be built by the architect Wenzel Reder and finished by Johann Ignatius Rokicki.

On the upper level are sculptures of people associated with the earthly life of Jesus Christ. On the middle level are Moravian and Czech saints. The lower level contains sculptures of St. Maurice and St. Wenceslas.

READ
The best dishes to try in Bruges, Belgium

Town Hall (Radnice s orlojem) – the town hall in Olomouc with a tower on which there is an astronomical clock (eagle). A symbol of economic and political power of Moravia. The town hall building was built 6 centuries ago. Town Hall dominates the architecture of the historic city center. Next to the town hall there is the column of the Holy Trinity. The town hall now houses the Olomouc Municipal Authority. 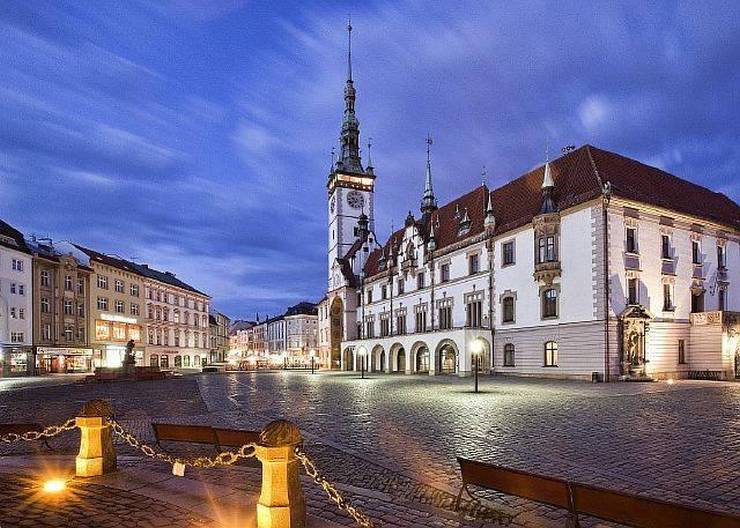 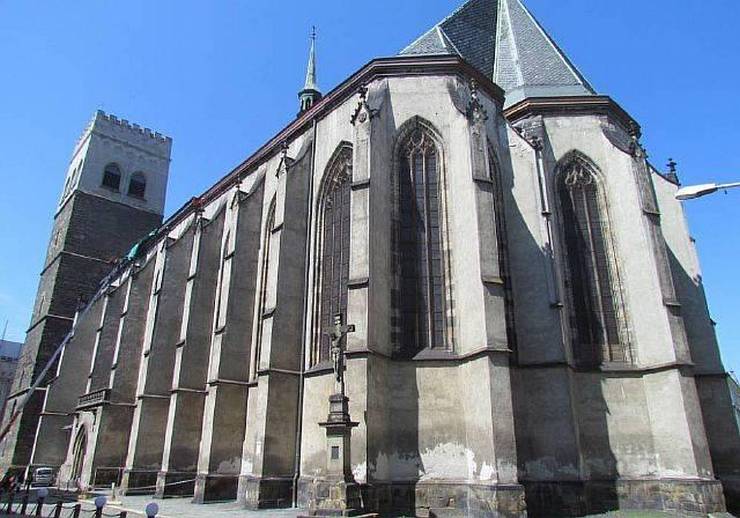 The new Romanesque-Gothic church was built on the site of an earlier Romanesque structure from the 11th century. The southern tower with the bell tower was built in 1403, the northern one in 1412. In 1540, after the reconstruction, the church acquired a modern look. The largest organ in Central Europe is located in the church. 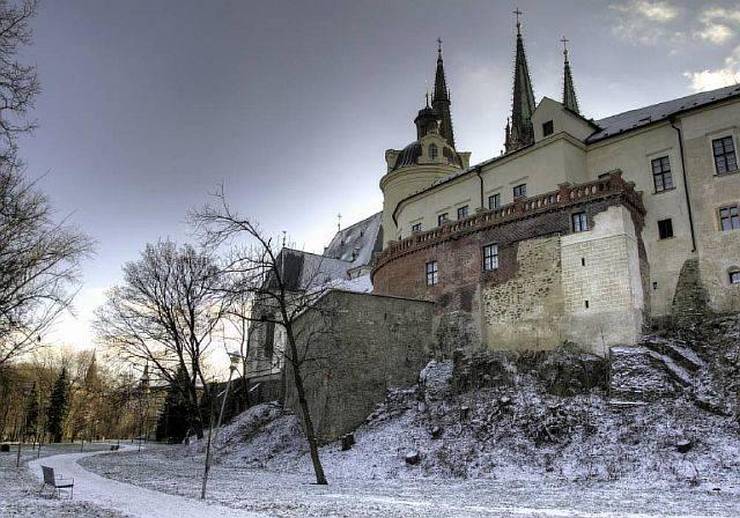 Nowadays the most important parts of the castle are the Gothic St. Wenceslas Cathedral and the partially preserved Romanesque palace. There are even remnants of the Roman wall to the south of the cathedral. On the north and north-east sides on a rocky cliff there are remains of stone walls, a Romanesque palace. The first mention of the castle dates back to 1055. In 1302 the Czech king Wenceslas III was killed there. In the Middle Ages the castle was inhabited by the church nobility. In 1767 the young Mozart visited the castle. 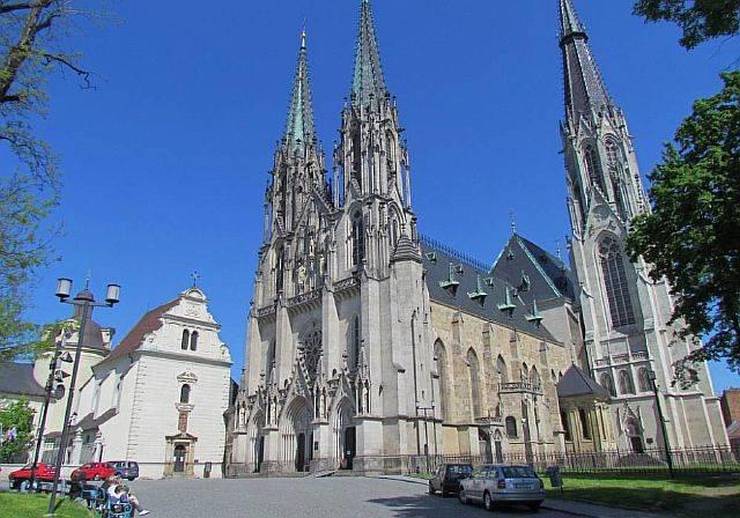 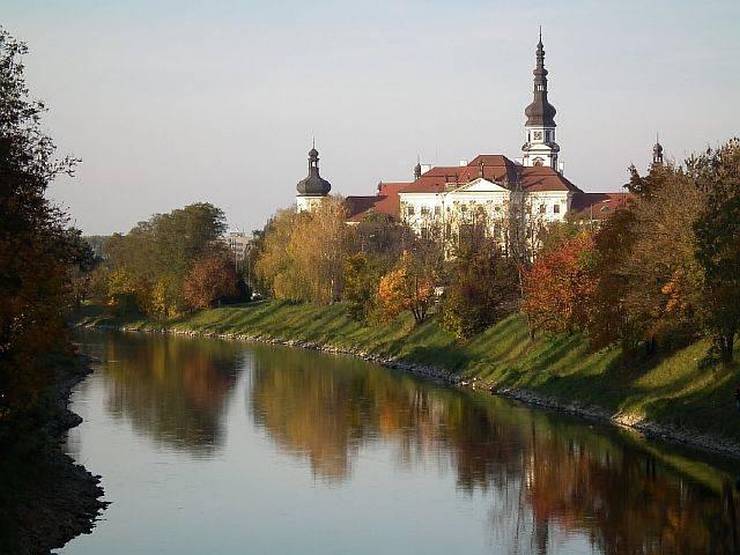