How to make an itinerary for a round-the-world trip? 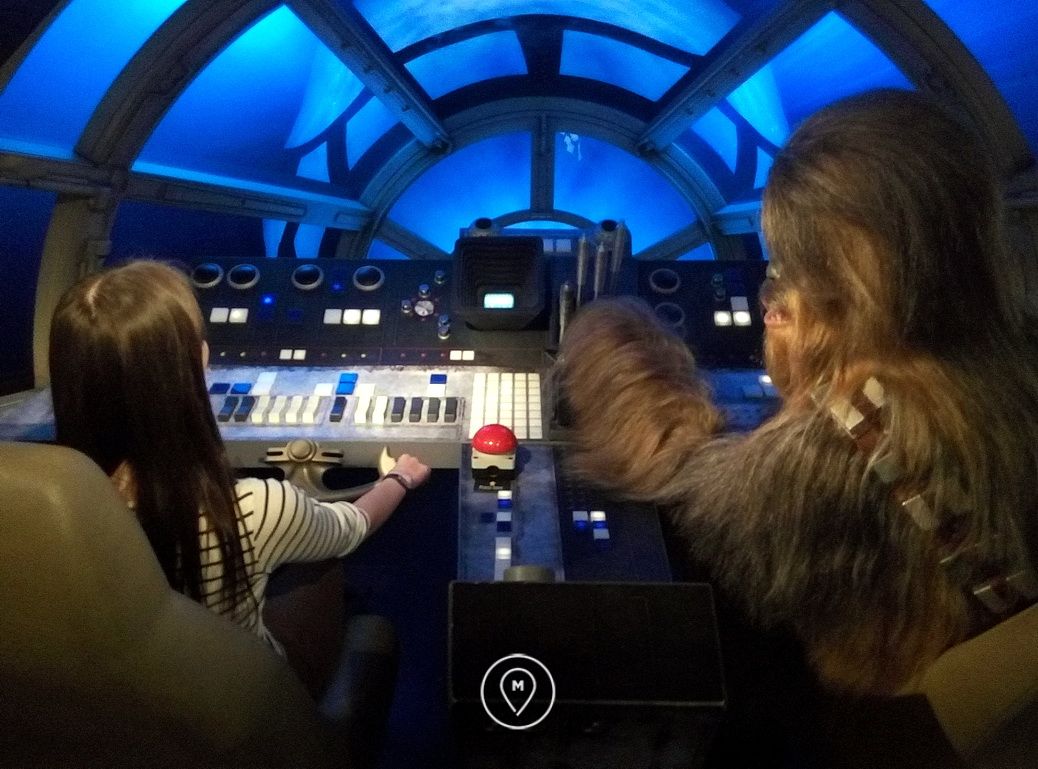 We are 49 days away from the circumnavigation. Behind almost a year of preparation, half of which was spent on planning the route. It would seem that what could be easier? Write down where you want to go, connect one thing to another, and make a path. But it’s not that easy.

Some destinations turn out to be too expensive to travel to and you take them out of the itinerary, others are unexpectedly cheap and you add them to it. Somewhere visas are required, and somewhere you don’t need them at all. Some countries are easily accessible, while others require a lot of transfers.

Today we tell you how to plan your own route around the world and what to pay special attention to. And for those who dream to go on a trip around the world, but do not know where to start, we share our options for ready-made destinations.

Around the world in 80 days

An easy way to go around the world is to take advantage of ready-made itineraries. The most famous one is the route of Phileas Fogg from Jules Verne’s cult novel Around the World in 80 Days. It looks like this: 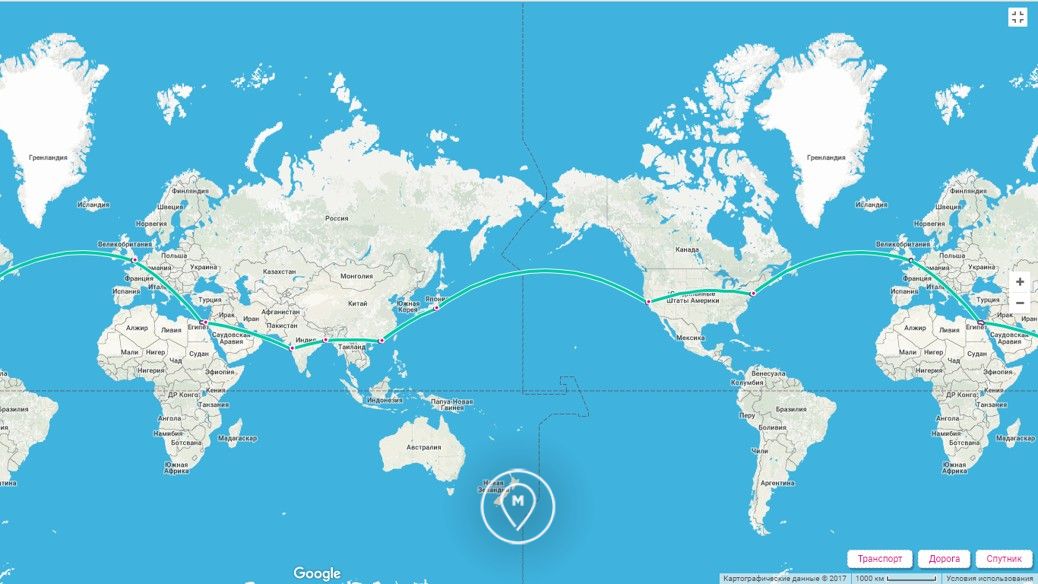 Recall that the idea of the journey was a dispute between the protagonist and his comrades whether he could pass this route in no more than 80 days. Given that the action of the novel takes place in the 19th century, it was still that kind of adventure.

These days there are airplanes and high-speed trains, so 80 days here – for eyes and ears. All the cities are full of sights, so a sea of impressions is guaranteed. One drawback: Russian citizens would need as many as four visas to travel – British, Indian, U.S. and Japanese.

READ
What to do in Los Angeles without money?

Modern Wonders of the World

Do you remember the list of Seven Wonders of the World? It’s also called the Seven Wonders of the Ancient World. The classic version includes the Hanging Gardens of Semiramis, the statue of Zeus in Olympia, the Temple of Artemis in Ephesus, the Mausoleum in Halicarnassus, the Colossus of Rhodes, the lighthouse of Alexandria and the pyramids of Cheops. The trouble is that of the entire list, only the latter have survived. So in 2007, a new list was compiled. It includes seven famous architectural structures that can be seen today. It is easy to make a route of a full round-the-world trip out of them. It will look like this: 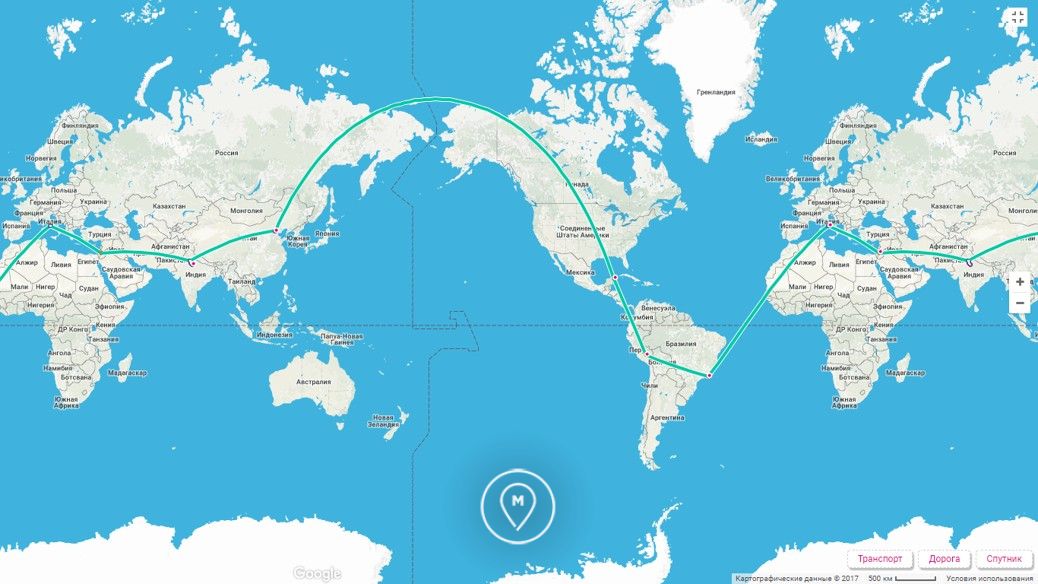 The itinerary is basic and may have to be supplemented by several cities. For example, the easiest way to Agra is through the capital of India, Delhi. Flights from Rio de Janeiro to Rome are usually not cheap. You can make a connection in Spain or Portugal, and from there get to your destination by low-cost carrier. Finally, you could expand the itinerary and add a visit to the Egyptian pyramids in Cairo as a tribute to the last surviving wonder of the world on the old list.

If you set aside 5 days for each destination, it would take about 1.5 months to complete the entire trip. Isn’t that an option for a long vacation? The situation with visas is a little easier. The only formalities required in advance are a Schengen visa and a simple Indian e-visa. The entry permit for Jordan is issued directly at the border. We have a visa-free regime with Peru and Brazil, and it is possible to go to Beijing for a three-day transit by presenting the return tickets at the airport. Visiting Mexico usually requires an electronic permit, which can be processed online in five minutes, but you can also enter on a Schengen visa.

A bunch of ready-made itineraries are offered by cruise organizers. This is not a budget option, but in a relatively short time there is an opportunity to see many cities and experience all the romance of the sea journey.

As a rule, travel agencies undertake all the organizational issues and the price of the cruise includes meals, accommodation and entertainment. In general, such a “package” round-the-world trip. It is good for those who want everything at once, but have never organized an independent travel, or have too little experience. However, the price for such a pleasure is off the charts. For example, in this agency tours start at $11,790 per person.

It’s simple – find an agency that organizes a round-the-world trip or a fellow traveler who already has a ready-made itinerary. In the latter case, you’ll have to deal with many travel issues together (visas, hotels, and more), but at least you won’t have to think about where to go.

The trip around the world doesn’t have to be long and tedious – you can circle the globe in two or three weeks. Here are a few easy routes: 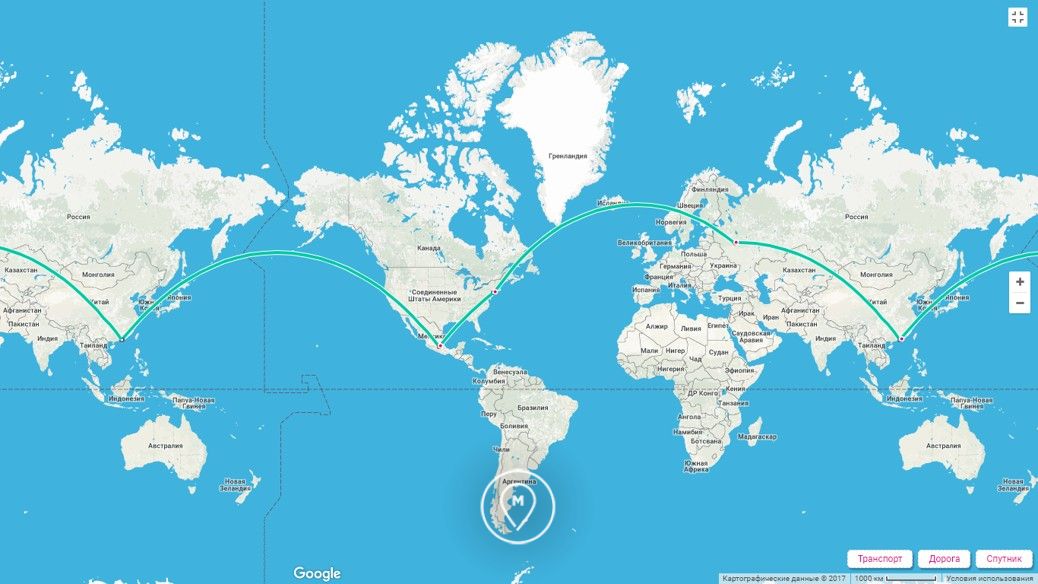 For a trip you need only a U.S. visa. With it you can enter Mexico. A visa is not required to visit Hong Kong. 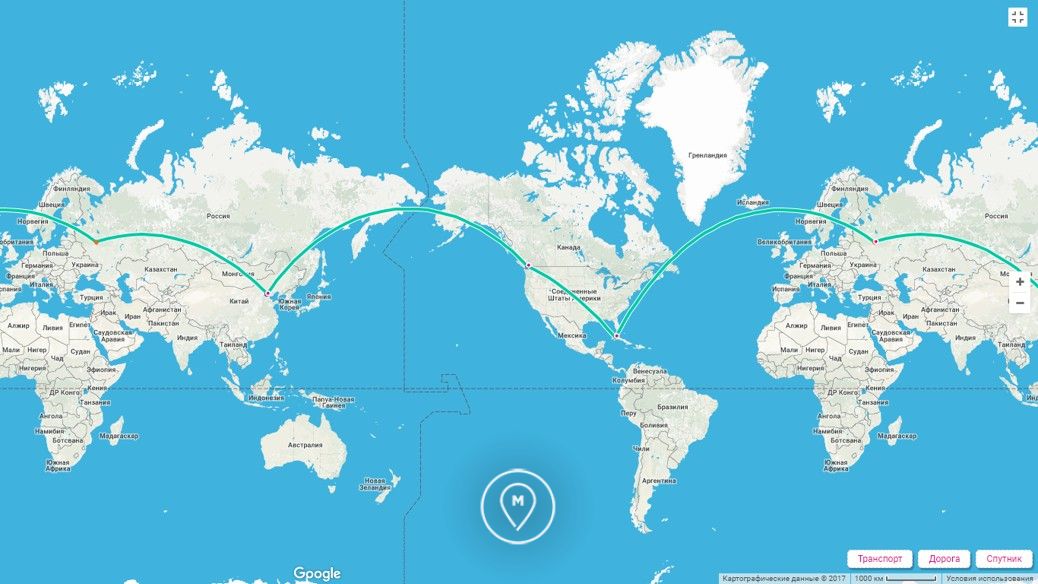 A Canada visa will be required. It is possible to visit Beijing on conditions of a 72 hour transit. 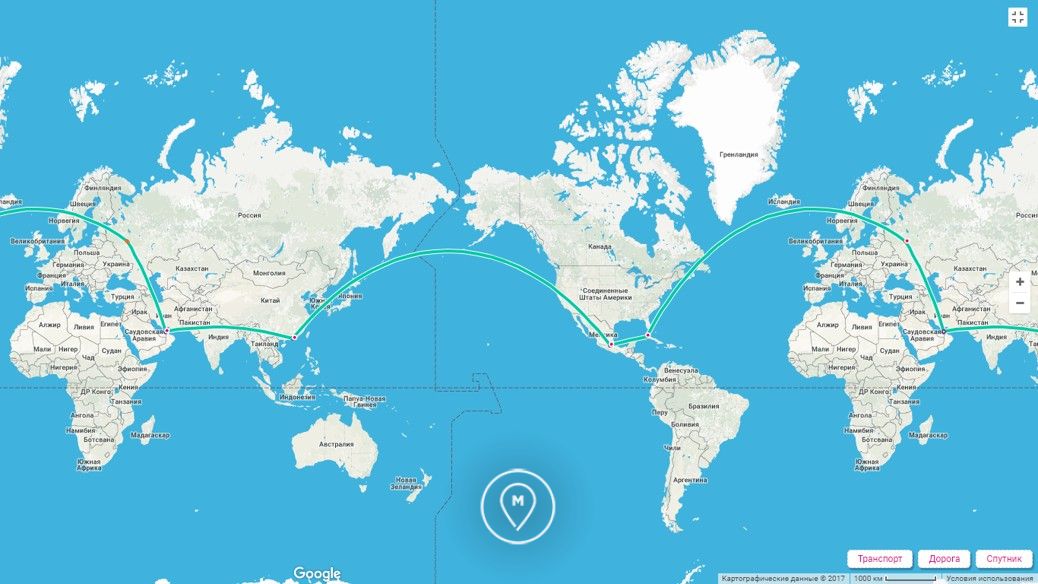 Let’s move on to itineraries with self-planning. There is a perception that the Russian passport is one of the worst for traveling, because we need a visa for many “top” countries. But this is not the case. As of 2017, Russian citizens can visit 76 countries and territories without a visa, and another 34 require a visa at the border. You can see the full list here. In the Lifehacker article you will find the current information for 2017 with the exception of the UAE – since the beginning of the year, a visa for Russian citizens is set free for 30 days at any airport.

In short, almost all of Latin America, half of Asia and part of Africa are visa-free regions for Russians. You can easily plan your round-the-world itinerary by them. For example, one can leave Russia for Georgia, drive through the countries of the former USSR, then fly to Hong Kong or Macau, then stop for visa-free transit in Beijing, Shanghai or Guangzhou for 72 hours, and Singapore for 96 hours, and then fly to any major city of Latin America and travel further across the continent. The last part of the round trip can be spent in African countries: Morocco, Tunisia, Egypt, and then go back to Moscow.

That is how we made up the route, but it is the most complicated option. What do you need to do?

Write out the key cities and countries you would like to visit in your life. If you don’t have a big dream, look at ready-made selections, lists, and rankings. For example, the 100 most beautiful places on the planet. It is not superfluous to monitor holidays and festivals around the world. So we made part of our itinerary for the Day of the Dead in Mexico.

Step 2: Sketch out a draft.

From the cities and countries you’ve written out, make a draft itinerary, distributing the destinations in order – east to west or west to east.

So if you have Hong Kong, New York, Mexico City, and London on your list, you should put them in the order London-New York-Mexico-Hong Kong, or vice versa. So that you get an even route around the globe.

Then find out how much the tickets cost for the chosen destinations, and if there are alternative means of transportation, and in general there are connections between the countries next to each other in the list. In this great service Rome2Rio helped us. The mechanics is simple: you need to consistently enter all the destinations, and then the site will offer different options to move between them, specify the current price and the name of the carrier.

For some areas the tickets may seem expensive – you can exclude them or build a path through a cheaper in terms of transit countries. There are no uniform rules – try it, add new cities and find more interesting options.

So, in the process of optimization, we excluded Latin American countries. Airfares within the continent are terribly expensive. Locals prefer long bus rides, hence the high flight prices. After thinking about it, we just decided to postpone a trip to these countries until next winter.

Monitor the availability of visas in the countries you decide to visit. You may then be able to eliminate some of them from your itinerary, as applying for certain visas can be lengthy and costly.

Step 6: Discuss everything with your traveling companion.

If you are traveling alone, of course you are your own boss. Plan your itinerary according to your own preferences. Travelling with a companion may mean that you have to exclude some countries from your itinerary due to the other party’s lack of interest in them. In our case we excluded Afghanistan and Pakistan, which Andrew wanted to see, but I categorically did not want to. Andrew, on the other hand, was against some regions of Brazil and two cities in Australia.

Step 7. make up your final itinerary

After a series of edits, make a final plan of the trip, at least in terms of key countries. Despite the fact that we agreed on the main itinerary with Andrei at the end of March, we still added a few more cities to it over the next four months.

So from the U.S. to China we transit through Canada (we added Vancouver). Then, we figured out that in China itself it was convenient to see other cities on the way to Hong Kong (we added Hangzhou and Ningbo). And about India, we thought we had almost three weeks, so why not see the maximum and added Varanasi, Agra, and Jaipur to the itinerary.

READ
14 most recommended destinations in Latvia

In general, edits as we go along are inevitable. The main thing is to have the backbone of the trip, a plan of key stops, from which it would be clear what visas to make and what to prepare for.