5 places to visit in Iran

Iran was not the most popular tourist destination for a long time. But in recent years everything is changing: the attitude to foreigners has become more loyal, visa is quite simple, there are cheap options for travel. The country has realized that you can make good money on tourism, and visitors are welcome. There are so many interesting places in Iran that even a two-week trip is enough, but before you pack your bags you should know a few important rules, which should not be violated.

What you need to know first

Although the country has become friendlier to tourists, but is still a Muslim country. This means that many of the traditions, customs and norms of behavior are very different from what we are used to, so it is better to prepare yourself for certain rules.

First of all you must always carry your passport. On the street you can be stopped by a police patrol and check your documents. The main thing here is not to disobey the police and just show them a passport with a valid visa. If you start to argue with the police, you will be taken to the station, held there for a while, fined for insubordination and may have to leave the country early.

Secondly, drinking alcoholic beverages is strictly prohibited. Actually, it is difficult to find alcohol in Iran: it is not sold here, and there is only non-alcoholic beer. You can’t bring a bottle or two with you either because they will confiscate everything at the airport. Of course, you should not drink alcohol during the flight either: Iranians have a negative attitude towards drunken people, which can complicate the process of control. Another peculiarity is that smoking is prohibited in public places.

Third, it is important to choose the right closet. Clothing should not be bright, so Hawaiian shirts and shorts-bermuda leave for a trip to Egypt or Turkey. Men as far as the dress code is concerned are luckier: their clothes must be clean and of discreet colors. Pants – only long, shorts do not count. Shirt sleeves must be no higher than the elbow, so it’s better to wear clothes with long sleeves. With outfits for girls everything is stricter: on the head it is obligatory to have a scarf (rusari),

The clothes should be as long as possible, the hands should be covered up to the wrist and legs – practically up to the heels. Tight clothing is forbidden, if you wear a skirt, it should be long and wide, not transparent in any case.

Fourthly, if you came to Iran with your wife or girlfriend, then strictly forbidden to show how you can’t live without each other. The most that can be allowed is to hold hands. But kissing, hugging, touching the back and other parts of the body is taboo. For Iranians such behavior is unacceptable, and the reaction depending on the conservatism of their views can be unpredictable. And it’s good that foreigners of different sexes are allowed to stay in the same hotel room, because for locals, even this is too frivolous.

So, alcohol is left at home, clothes hide everything that can be concealed, on walks with a girl we keep our hands to ourselves, documents are taken. You can go to explore the sights, but lastly it is important to know one last rule. In Iran, it is forbidden to photograph the palaces, military facilities, government offices, and you can not take pictures of women. Men are allowed, but it is better to ask permission first. And now for the ten most interesting places in Iran, which will pay off all the complicated rules of conduct in this country. 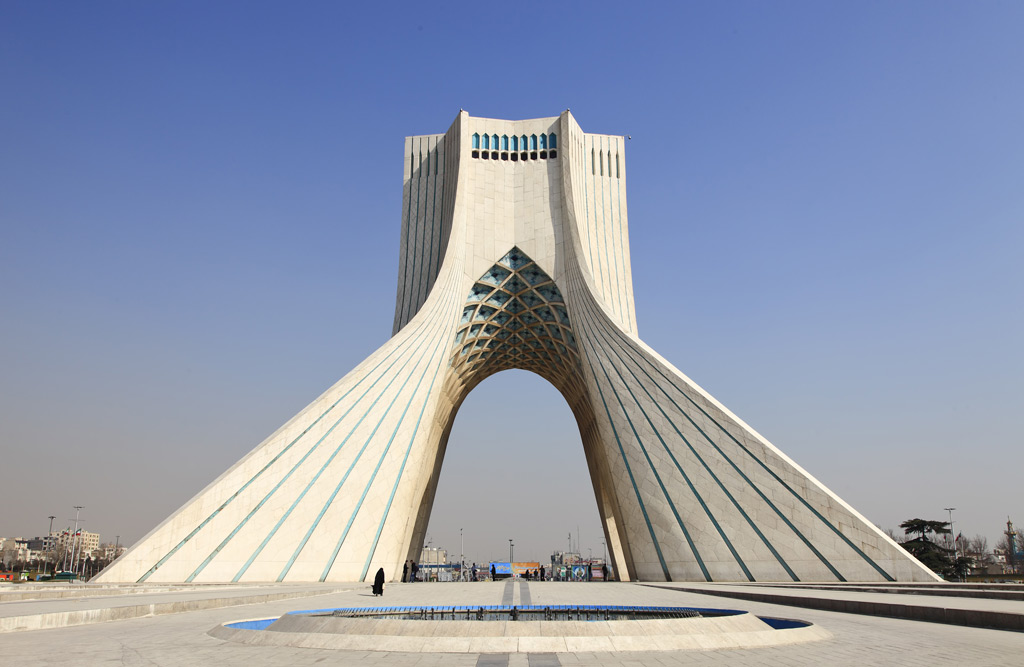 The Freedom Tower, as it is also called, is a kind of symbol of Tehran. It was built for the 2500th anniversary of the Persian Empire. It is located in the western part of the city near the road and if you are going to Iranian capital from Mehrabad airport the first thing you will see is this construction. 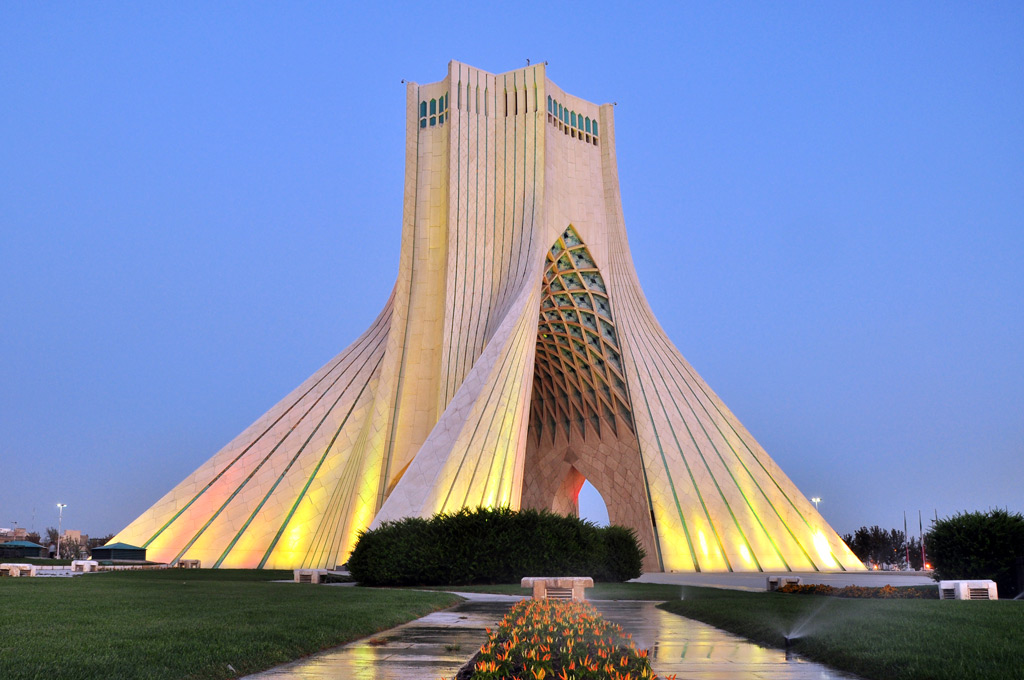 The tower was built of eight thousand blocks of white marble. There is a cultural and archeological exhibition inside, which helps to learn the history of Iran from time immemorial till nowadays. On the upper level there is an observation deck with a view of Tehran.

READ
What to bring as a souvenir of Prague: information for tourists

Tash Kuh Mountain located in Khuzestan province means “Mountain of Fire” in Persian which is a more than succinct description of the place. The flame in this mountain never goes out. Geologists have studied the unusual phenomenon and come to the conclusion that the combustion is due to natural gas in the bowels of the earth and soil with high sulfur content. The gas bursting to the surface through cracks and holes in the mountain, immediately ignited. 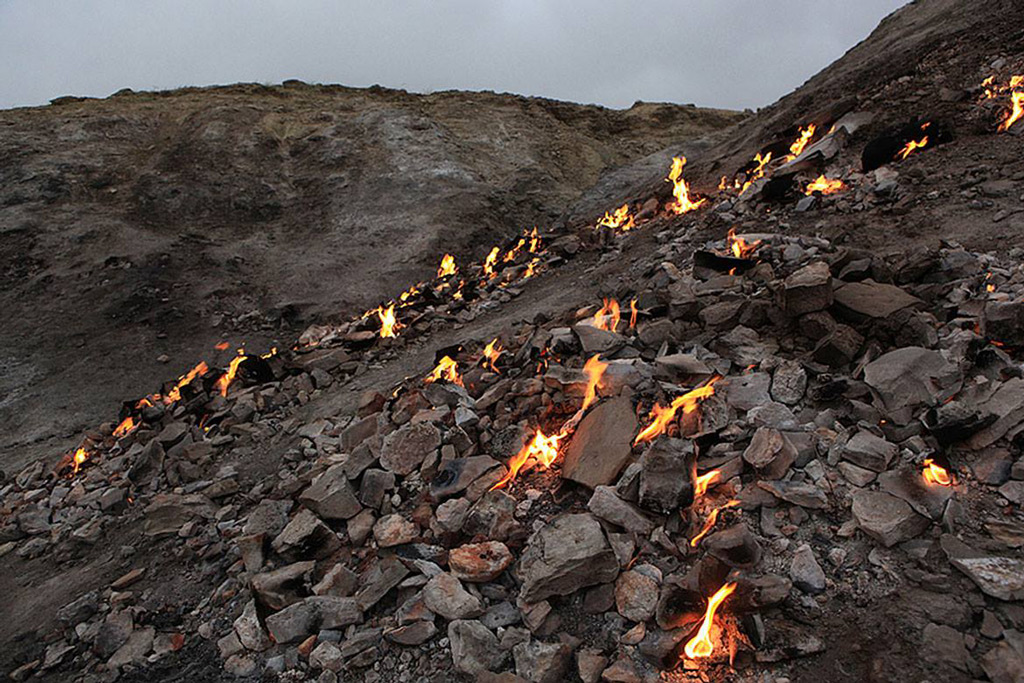 If you can, it is best to come here at night, as at night the flames look especially beautiful, casting a soft yellow light on the surroundings. 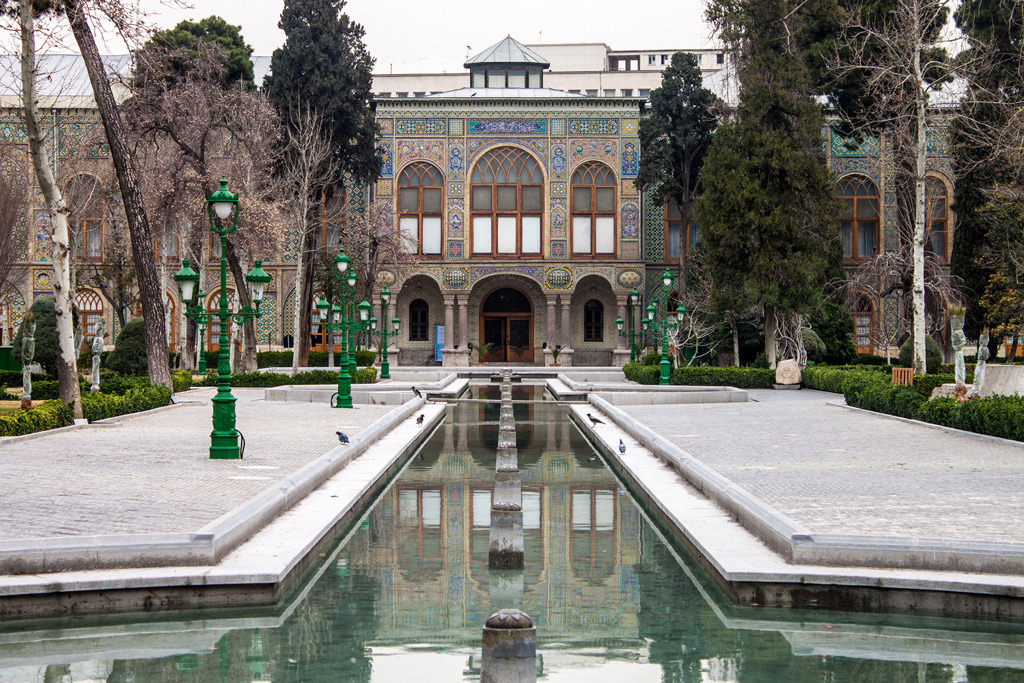 Golestan used to be the residence of the Kajar family. Its construction began in the first half of the sixteenth century, later often remodeled. Now there is a museum in the palace. The central part of Golestan is occupied by the Marble Throne Hall, where ceremonies and receptions were held – it is decorated with frescoes and paintings by the best masters of their time. 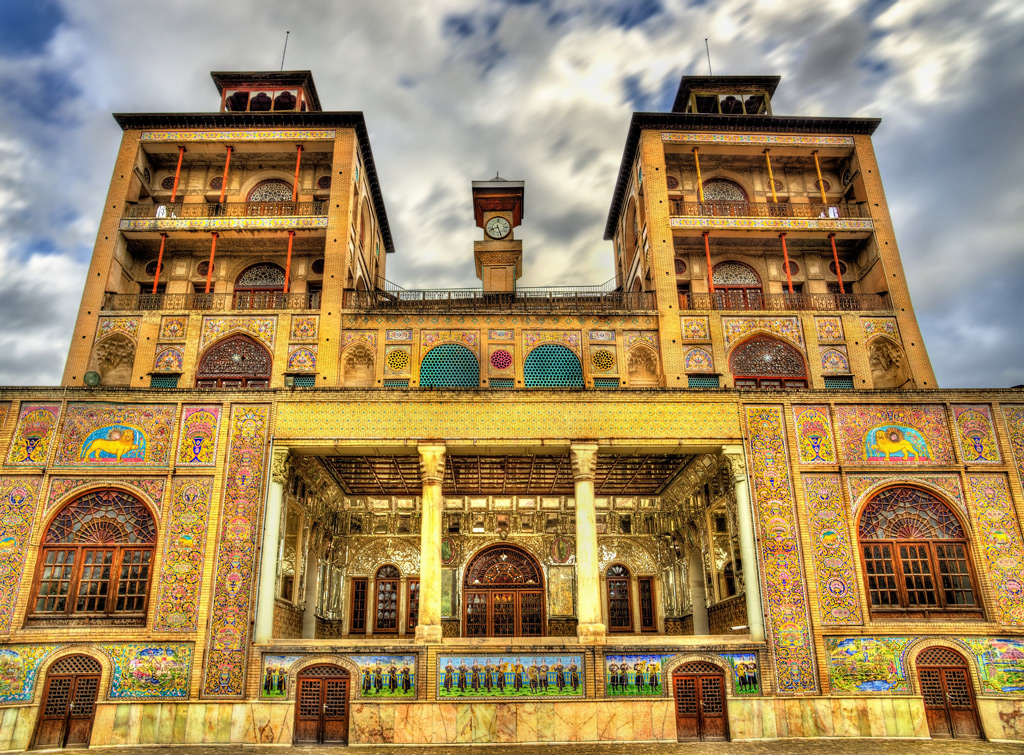 The palace complex consists of about twenty buildings, they are divided into seven zones: the Hall of Diamonds, the Portrait Gallery, the Anthropological Museum, the Museum of Photography, the Marble Throne Room, the Shams-ul-Emaneh Pavilion and the Art Gallery. Exhibits include metal and stone works, tapestries, ceramics, clothing and shoes, and everyday objects. 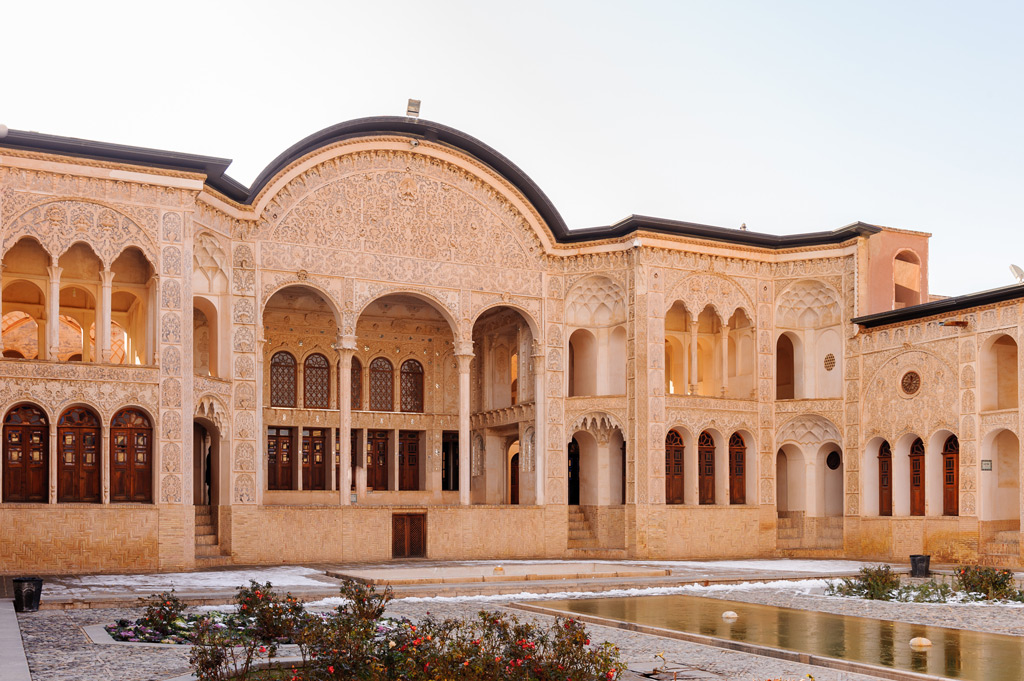 In this small town with a population of 200 thousand people there are many palaces. The most famous are Boroujerdi, Tabatabaye, Ameri and Irani. The last one is about 250 years old and now it has been converted to a hotel. In the process of restructuring the architects preserved all the characteristic features of the building and gave it the most authentic look. 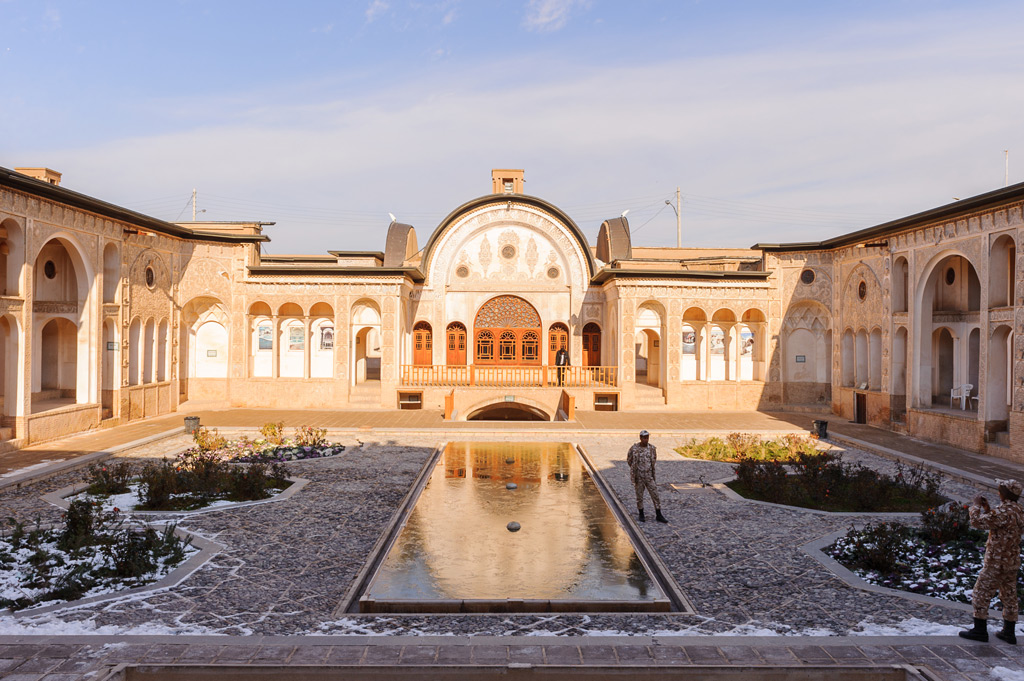 The palace of Tabatabaye is famous for its stained glass windows and four courtyards with ponds and beautiful gardens. Boroujeri was built for the bride of a big merchant. This residence has three peculiar air conditioners – wind towers, which cool the building to a comfortable temperature even on particularly hot days. Ameri is one of the largest palaces, its area is 9 square kilometers. Now there is a museum. 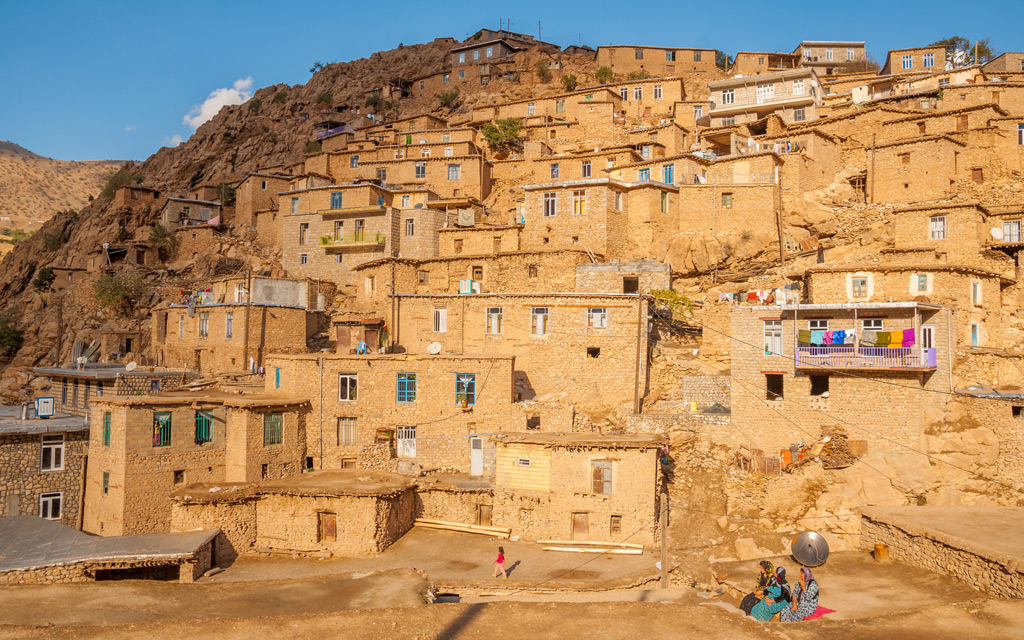 The village is remarkable because it is located directly in the rocks. Dwellings are carved out of stone, and the houses are monolithic; they certainly do not have to worry about a leaky roof or think long and hard about interior design. 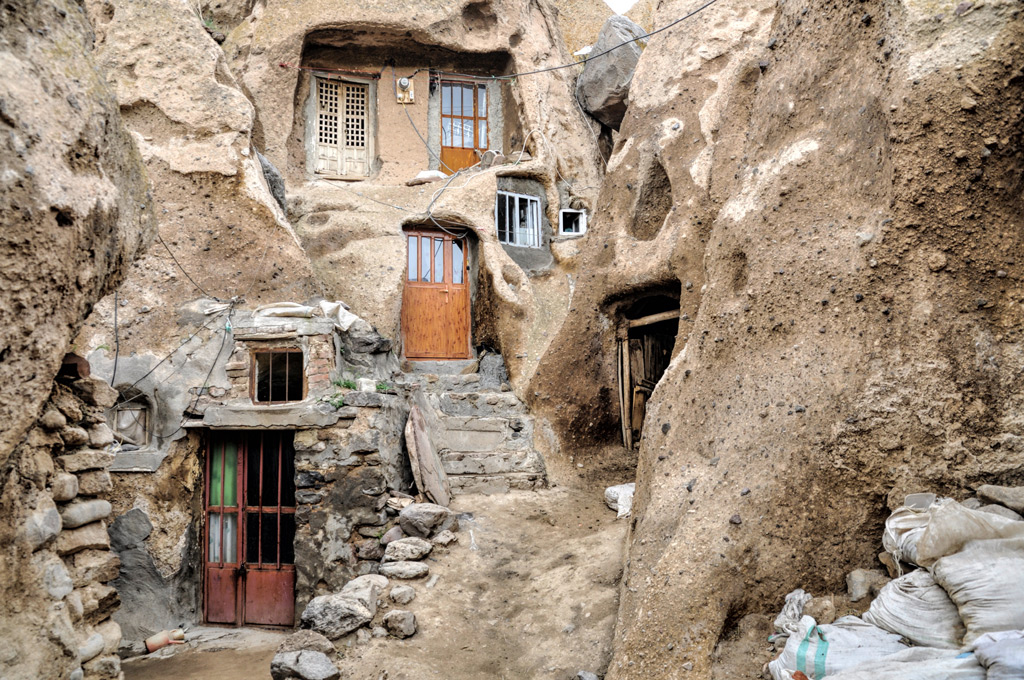 From the outside, stone walls look spectacular and austere. The interior, as a rule, does not look too ascetic – there can be quite modern furniture, electricity and Internet. In general, Kandovan is a charming and pleasant place, in which tourists are always welcome.

This is the largest historical and archaeological museum of Iran. It has about three hundred thousand exhibits. Here are stored many monuments of Persia from ancient times. If you walk through all the halls, you can get a good idea of the history of Iran. The exhibits are kept in two buildings: one devoted to the pre-Islamic period, and the second to the time when Islam already appeared. 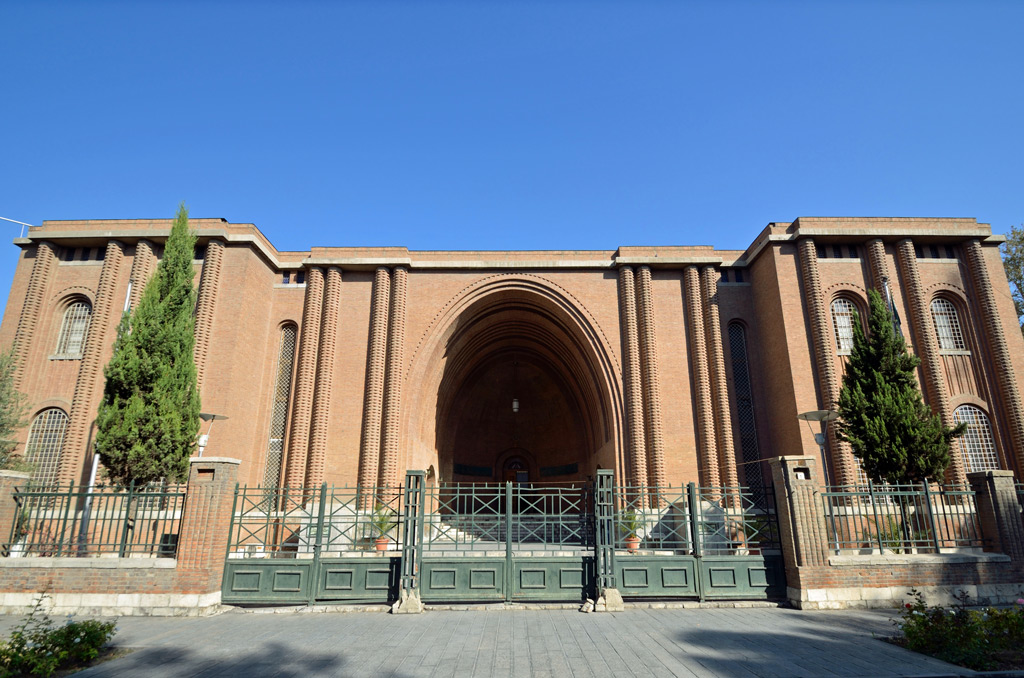 Among the most valuable exhibits are the sculpture of the Lady of Varqa, created in 3500 B.C., a statue of a sitting dog, plates of cuneiform, and an ancient capitulum. All the items in the museum are in excellent condition and worthy of attention. 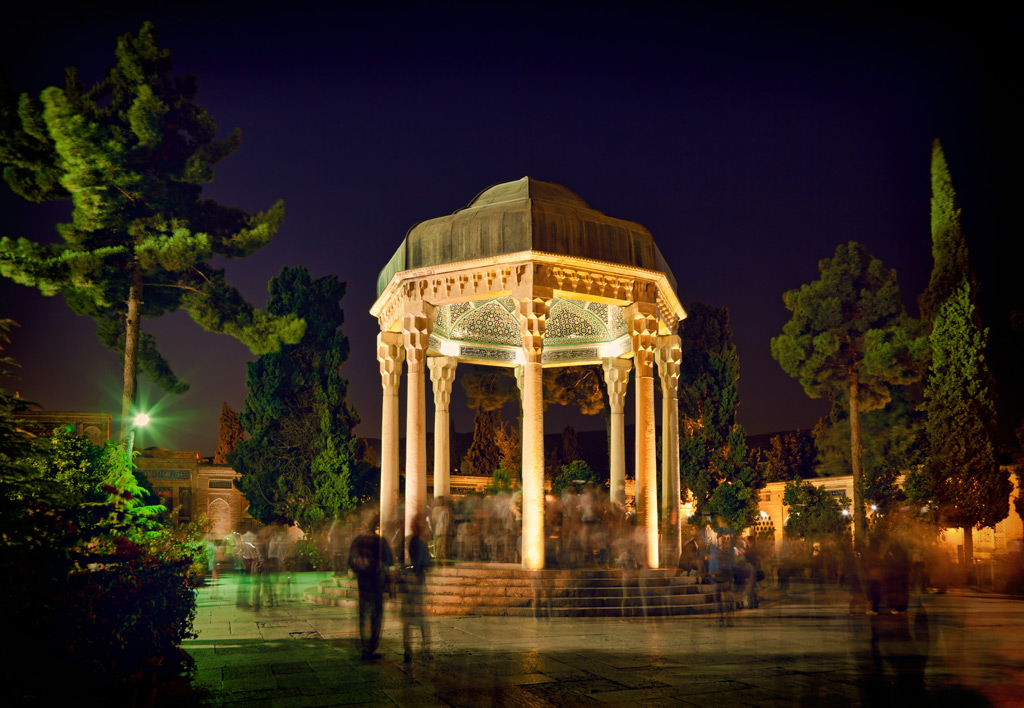 These are two different mausoleums, both located in the city of Shiraz. Hafiz Shirazi was a Persian poet whose works are still studied in schools and universities today. The memorial complex dedicated to him has a large garden with flowerbeds and fruit trees. 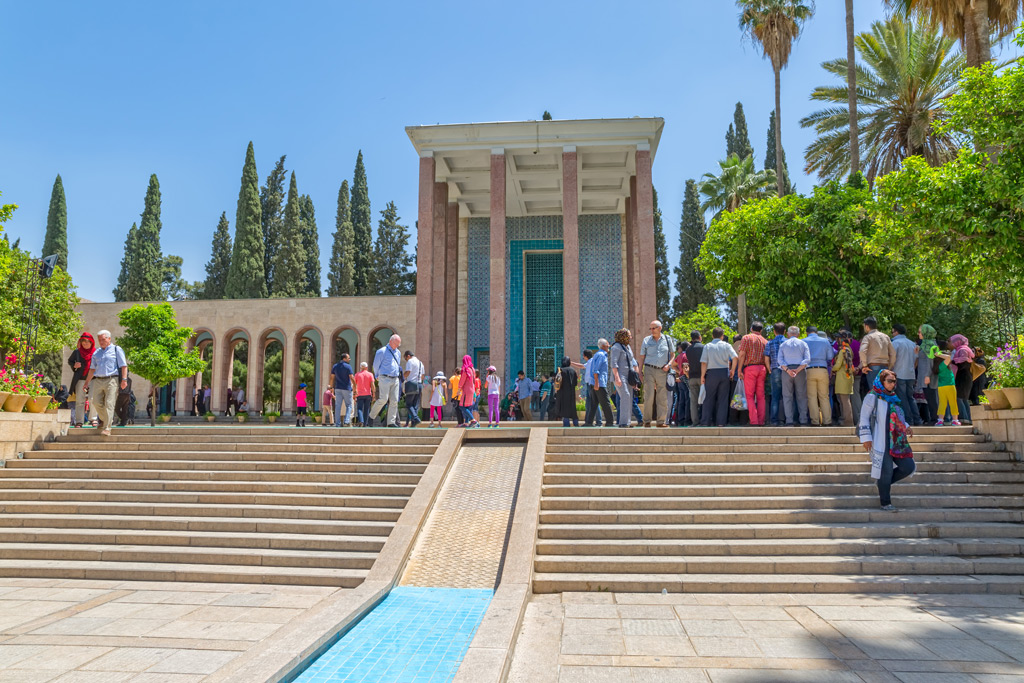 Saadi was another poet whose work had a great influence on the formation of Islamic literature. After the poet’s death, pilgrimages began to be made to his tomb. This mausoleum also has a garden and a fish pond. Just in case: fishing is prohibited there. 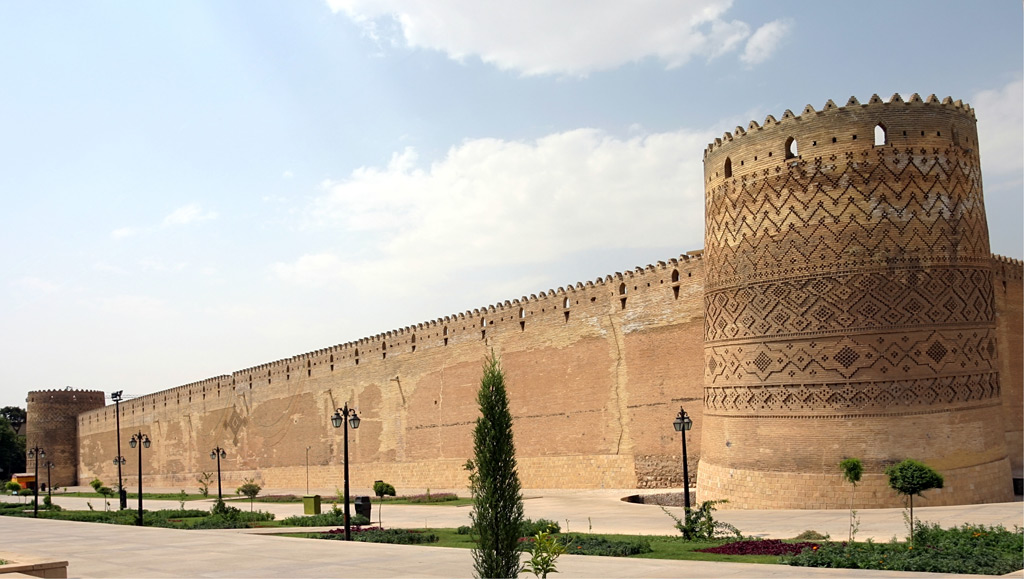 In addition to the tombs of poets in Shiraz is the monumental fortress of Karim-Khan. The fortress used to have two swimming pools and a citrus orchard in its courtyard. But in its history once there was a period of confusion – in the first half of the twentieth century it was used as a prison. 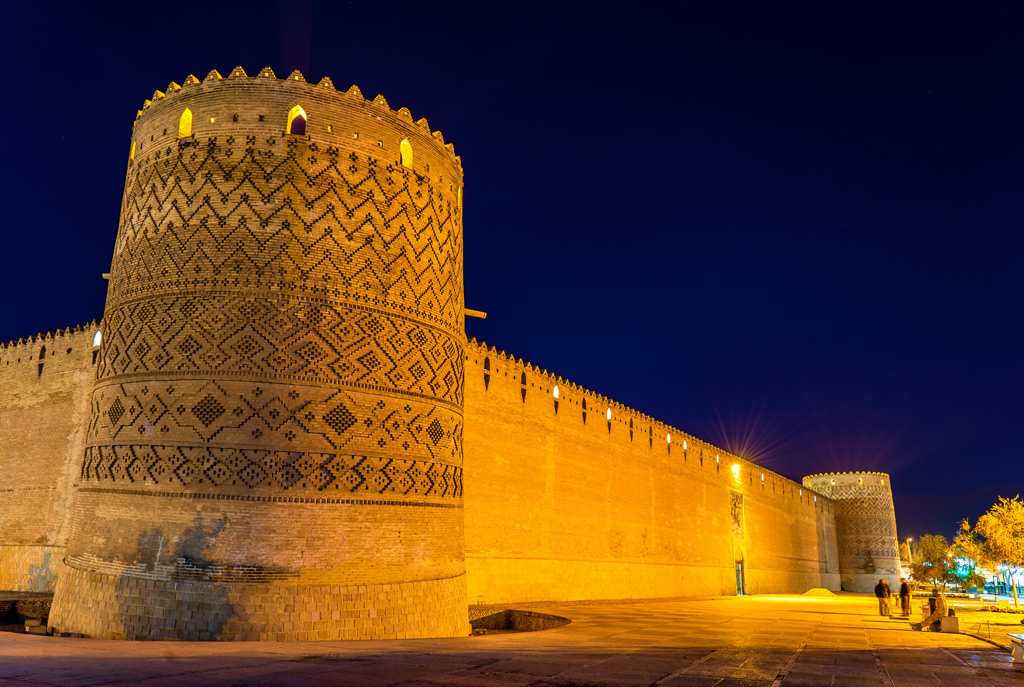 During this time, the fortress suffered a lot: the frescoes were destroyed, the windows were partially closed, and the luxurious rooms were partly converted into outbuildings. But in 1977, the Iranian authorities have decided to return the fortress to its former appearance. Now the complex is open to tourists, and there is an excellent museum. 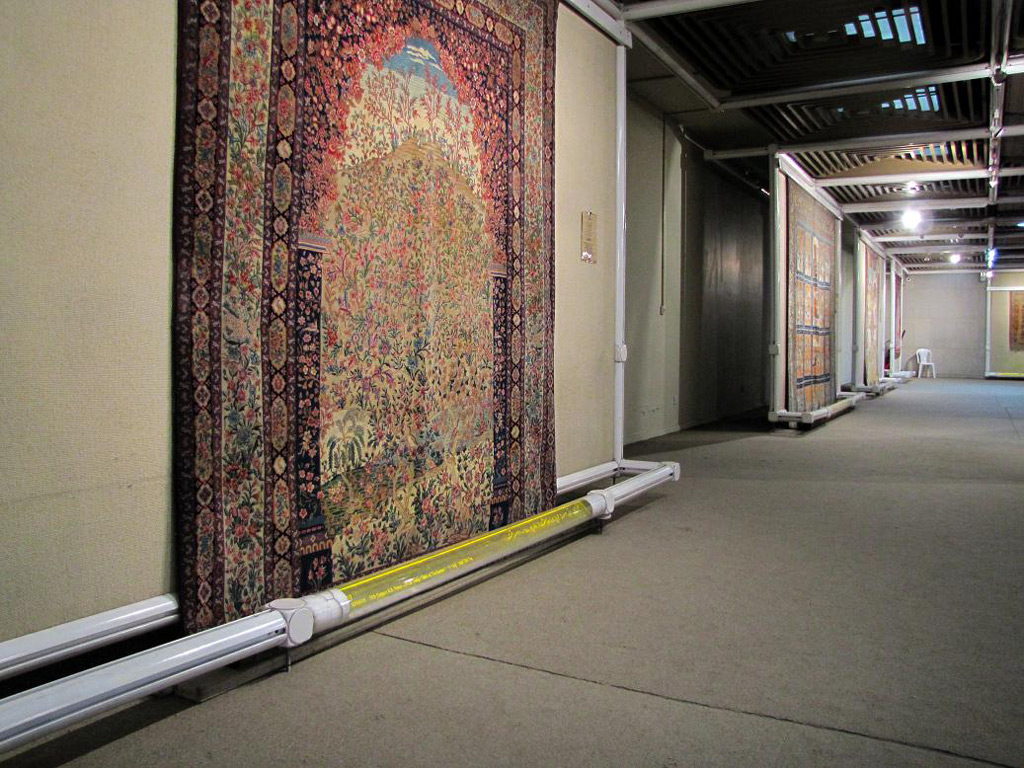 The carpets which are collected in Tehran museum would be the envy of people born in the USSR – to hang such beauty on the wall or put it on the floor. But I think some of the carpets here have the price that exceeds the price of the apartments in the Moscow bedroom districts. 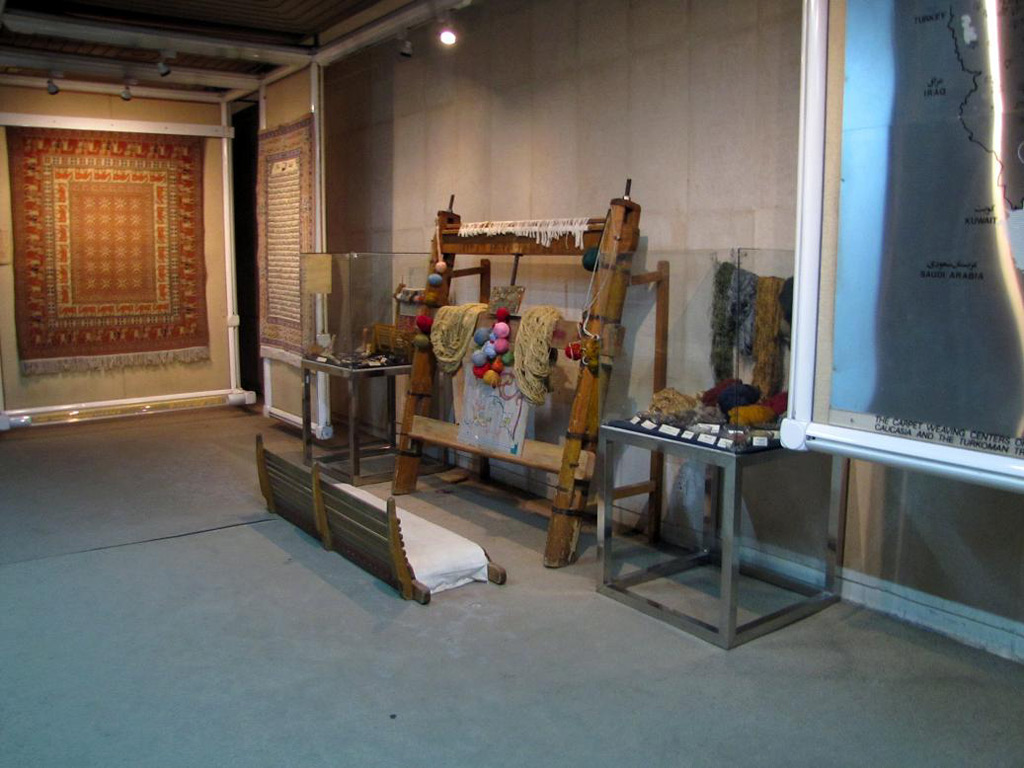 There are carpets created in the XIX-XX centuries, many of them in excellent condition. The weavers had great patience: it takes an incredibly long and difficult time to create canvases of this size. Also in the museum there are a variety of items that the masters used when working on the carpets.

The Opera House in Tehran is widely known, which was gifted by the Shah of Iran Mohammad Reza Pahlavi to his wife, Empress Farah, on the occasion of her coronation. The Opera House serves as a stage for the country’s best ballet and opera companies. 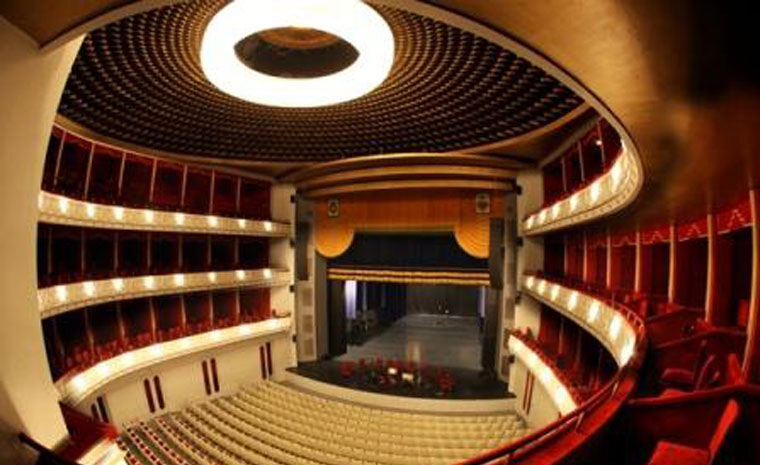 As is often the case in Eastern culture, the building looks majestic and pompous: the façade is lavishly decorated with white marble. The main hall can seat 1,200 spectators. It is worth going to any performance of this theater – you won’t regret it.