5 places to see in Budapest, Hungary

Budapest is a city with a rich history and interesting sights . Read on to learn about the many interesting unusual things to see and do to make your trip extraordinary. Among ancient castles, spooky relics and unusual museums, you’re sure to stay entertained, and when you return home, you can even brag about having been to the place where the infamous Count Dracula was locked up.

Hungary’s capital city offers an endless number of rather extravagant attractions, some of which are located a bit in the middle of nowhere in the city center. To discover a more unusual and sometimes slightly sinister side of Budapest, take a look at this list and discover ancient alchemical workshops, railway cemeteries and “ruined pubs.”

The Labyrinth of the Buda Castle is one of Budapest’s underground treasures with a long and mysterious history. Beneath the castle is a dark and damp network of ancient caves and tunnels that were used as hunting lodges back in prehistoric times . Some 16 meters below ground level, the complex was first used by the Ottomans as a harem and later as a prison and torture chamber. 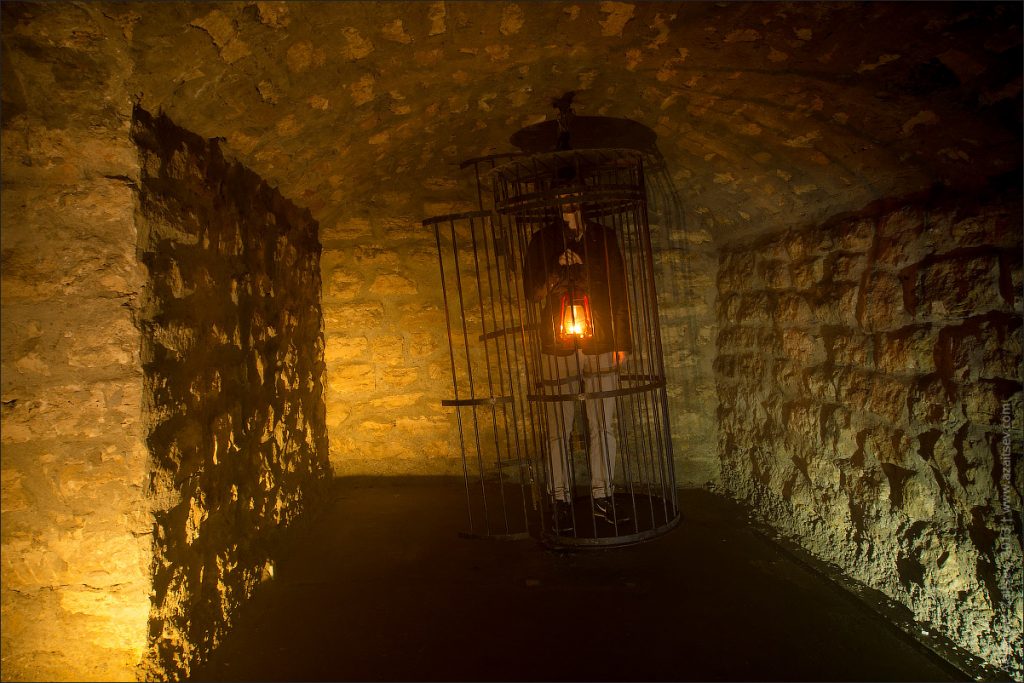 Labyrinth of the Buda Fortress

Among the prisoners, the most famous would even be the Prince of Wallachia, Vlad Tepes, the historical figure who inspired Bram Stoker to create Count Dracula. If you’re in the mood for a macabre tour, the entrance to the labyrinth is about a 15-minute walk from the Buda Fortress.

Among Budapest’s most interesting museums, Terror Hza (or House of Terror) offers a deeper look into Hungary’s recent history. The museum was opened in 2002 as a testament to the country’s long period of terror under the Nazi dictatorship and then the Soviet dictatorship. 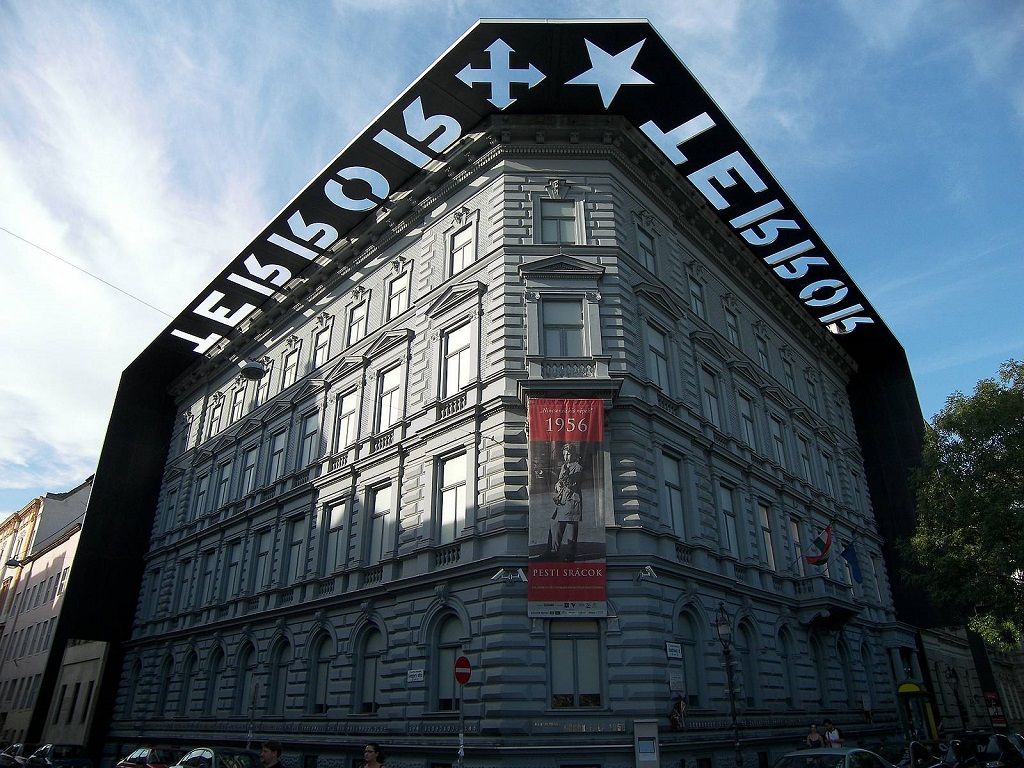 A series of documents, images, videos and exhibits allow you to fully understand the lives of people under both regimes. The museum also acts as a memorial to the victims, and each exhibit is carefully and respectfully curated. Particularly interesting is the T-54 tank against a wall hung with photos of war victims.

This unique museum, known for its large collection of instruments and artifacts tracing the history of medicine from ancient Egypt to the present day, is located on the banks of the Danube and is part of a compact series of museums formed by the Hungarian National Gallery and the Historical Museum of Budapest. 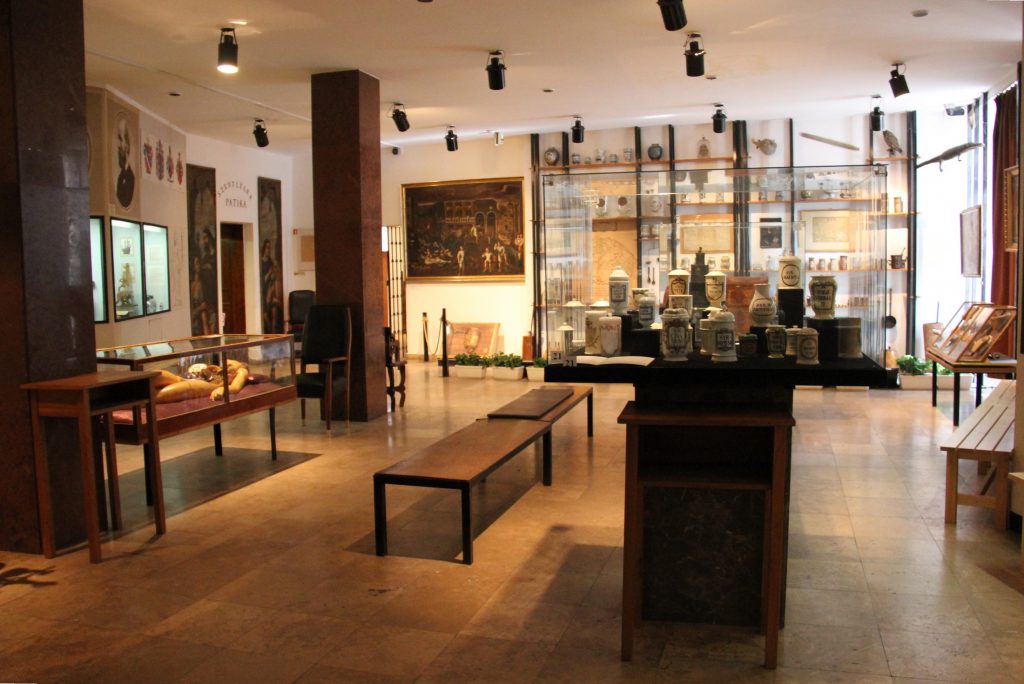 Semmelweis Museum of the History of Medicine

The museum is also located on the birthplace of Ignatz Zemmelweiss, the doctor known for his invention of a cure for postpartum fever. In particular, he notes the importance of his research on hand disinfection as a method of preventing postpartum infections. Not to be missed is the famous anatomical Venus and a reproduction of a surgical operation showing the instruments that were used in the past.

If you feel like going off the rails during your stay, don’t miss your chance to visit this abandoned facility near the center. Called “Istvntelek” by city residents, it is a huge depot where old cars and locomotives, some of which were built in the early 1900s, are left to rust. 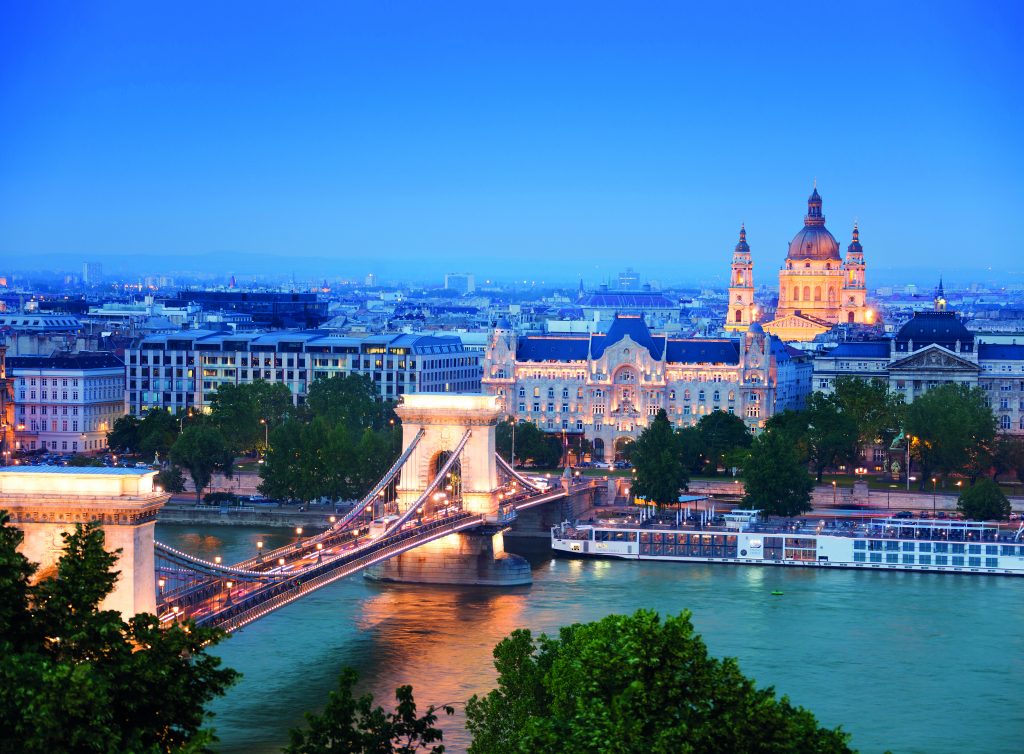 Among the most notable guests to this unusual graveyard is MAV 301 , known as the “Red Star Train” because of the red star located on the front of the locomotive. A staple of railroad history from 1911 to 1914, it is one of only two remaining models in the world.

Vajdahunyad Castle is one of the most famous landmarks of Budapest and, like the Labyrinth of the Buda Fortress, is associated with the figure of Count Dracula. Located inside the Varoshliget (city park), it overlooks a fabulous lake and includes architectural elements inspired by other buildings in the Hungarian Kingdom. The form is instead a partial copy of Corvinus Castle in Transylvania. 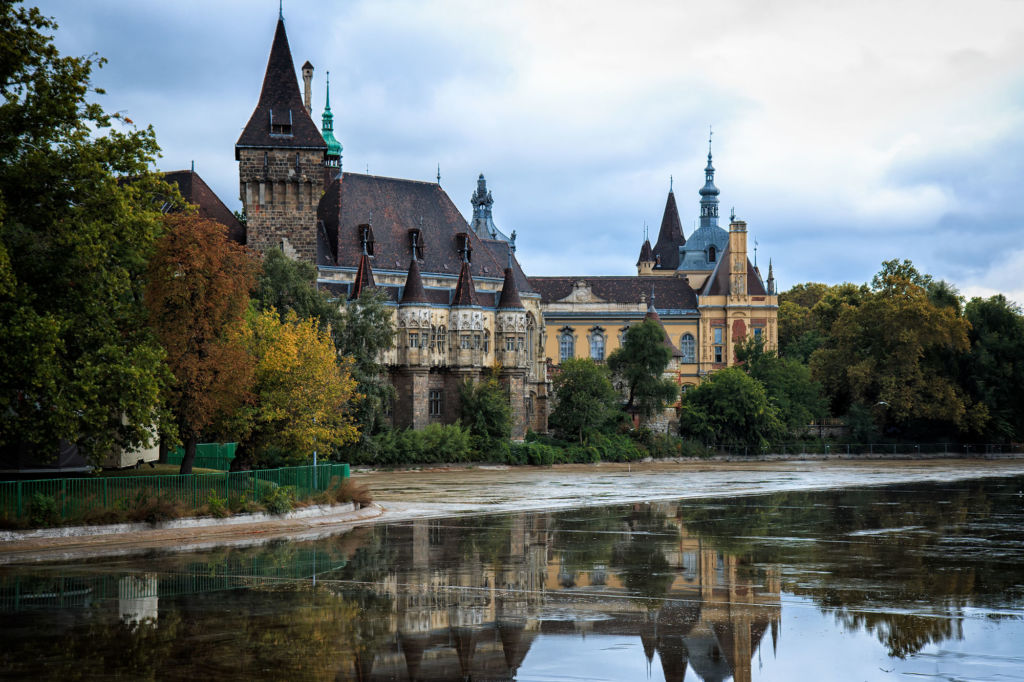 A curious aspect of this castle is the fact that it was originally made of papier-mâché and wood on the occasion of the 1000th anniversary of the birth of Hungary, and then rebuilt in stone and brick. On the outer walls of the castle is also a bust of Béla Lugosi, the Hungarian actor known for his role as Count Dracula in the 1931 film

20 places to visit in Budapest

The majestic and pompous Budapest knows how to please both those who want to see ancient Europe and learn more about history, and those who prefer to go beyond sightseeing in their travels. If you want to experience both sides of the city, we advise you to visit the top 20 interesting places of Budapest, selected by our editorial board.

READ
Berlin, Germany - one of the largest cities in the EU 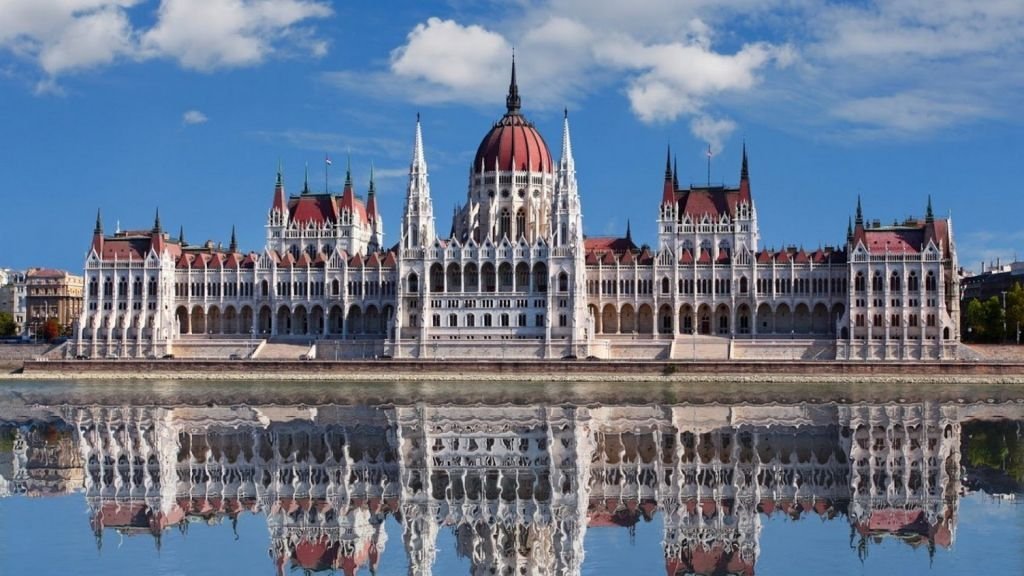 The most recognizable and certainly the most elegant building in Budapest . A true symbol of the city and of Hungary in general. Parliament is open to the public, and everyone has the opportunity to see its no less splendid interiors. About hours and schedule of Russian-speaking tours you can find on this site. 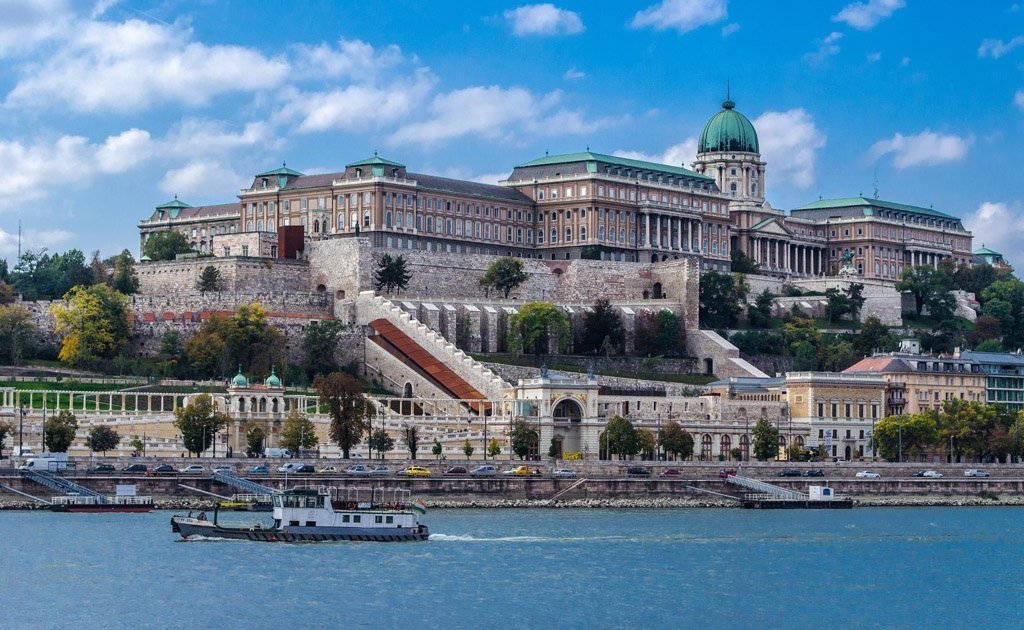 An old part of the city where the Royal Palace, the Historical Museum, the Church of St. Matthias and many other attractions are located. You can get up to it on the ancient Siklo funicular, one-way ticket costs 1400 forints, round-trip ticket costs 2000 (€4 and €5.5 respectively). Note that from August 30, 2021 to January 15, 2022, the funicular is under reconstruction.

Take note: you can get acquainted with all its attractions on a tour “Buda Fortress – City within a City”. 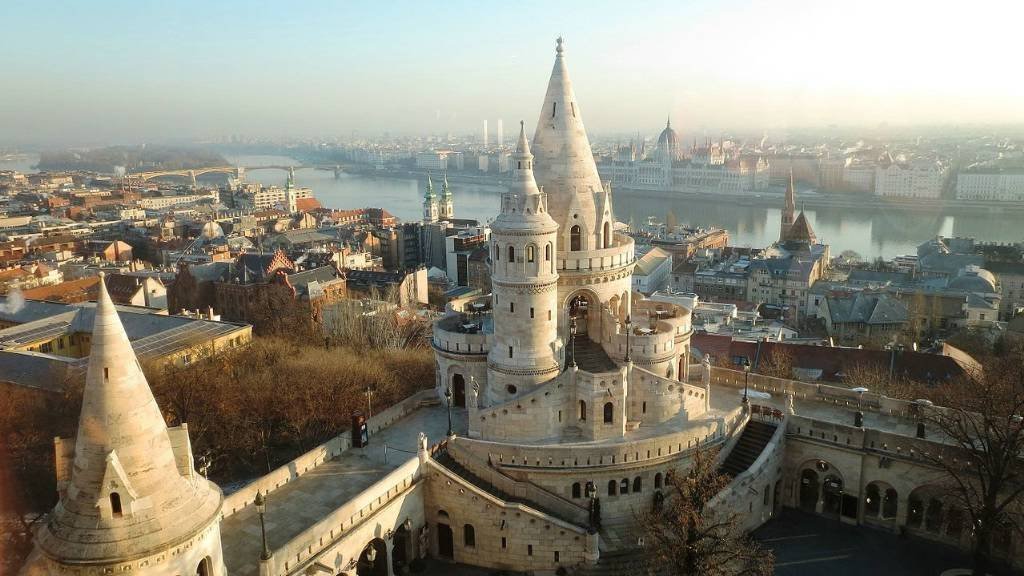 One of the sights of the Buda Fortress that we want to highlight separately. If when you mention its name you imagine fishing nets and rugged fishermen, you’ll be very surprised. In fact, it is a beautiful white-stone fortress with seven towers, named so only because fish were once traded there. The most beautiful view of the Danube and the Pest opens up from the Fishermen’s Bastion, so do not be lazy to go up to it, especially since the entrance is free. 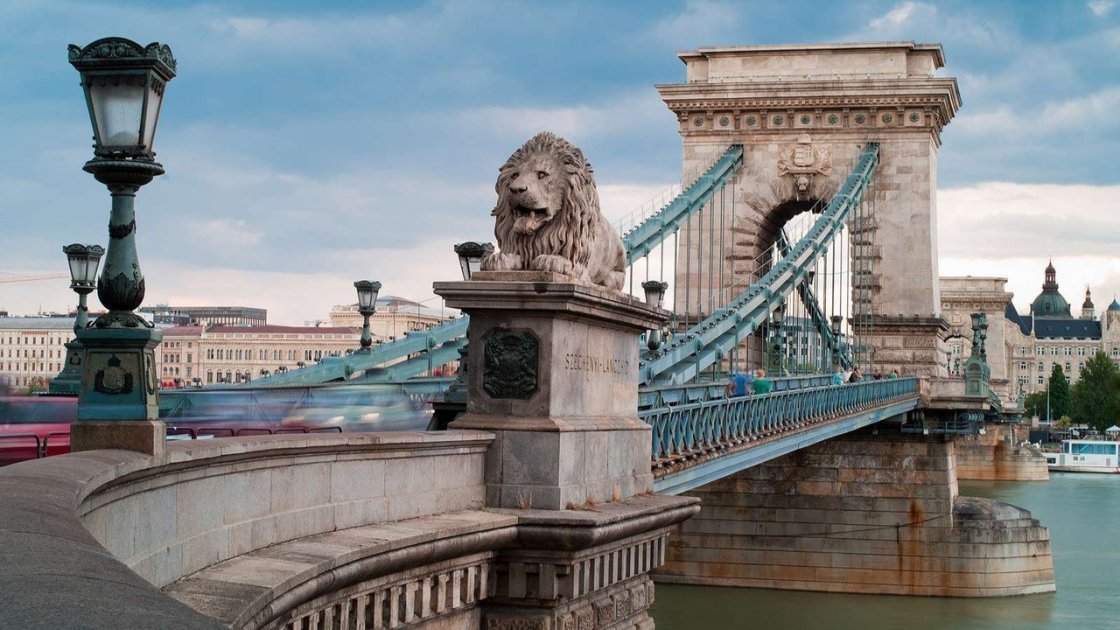 Another symbol of the city is the suspension bridge that connected Buda and Pest at the end of the 18th century. You can admire it from the shore as well as from the deck of the boat that takes you on the Danube during the warmer months. The price of such a trip starts at 3430 forints (€9.3). The bridge is currently (December 2021) undergoing renovation, which is scheduled to be completed by 2023. 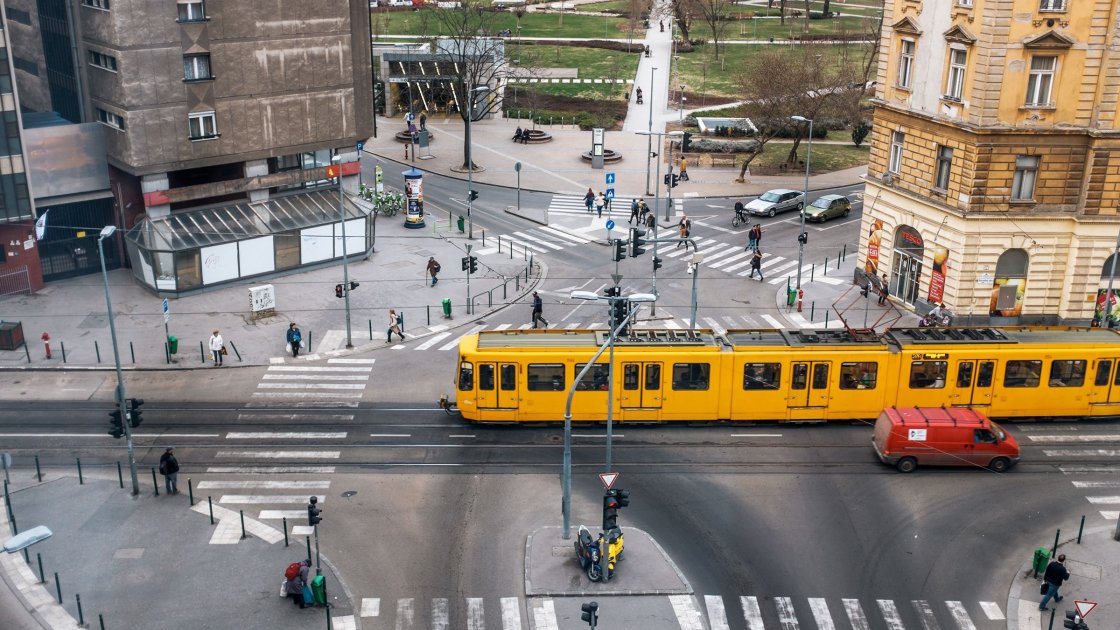 City transport, which has become a landmark of Budapest and a great alternative to sightseeing tours. It runs along the banks of the Danube from the Pest side, and you can very quickly and cheaply see all the iconic places of Buda. 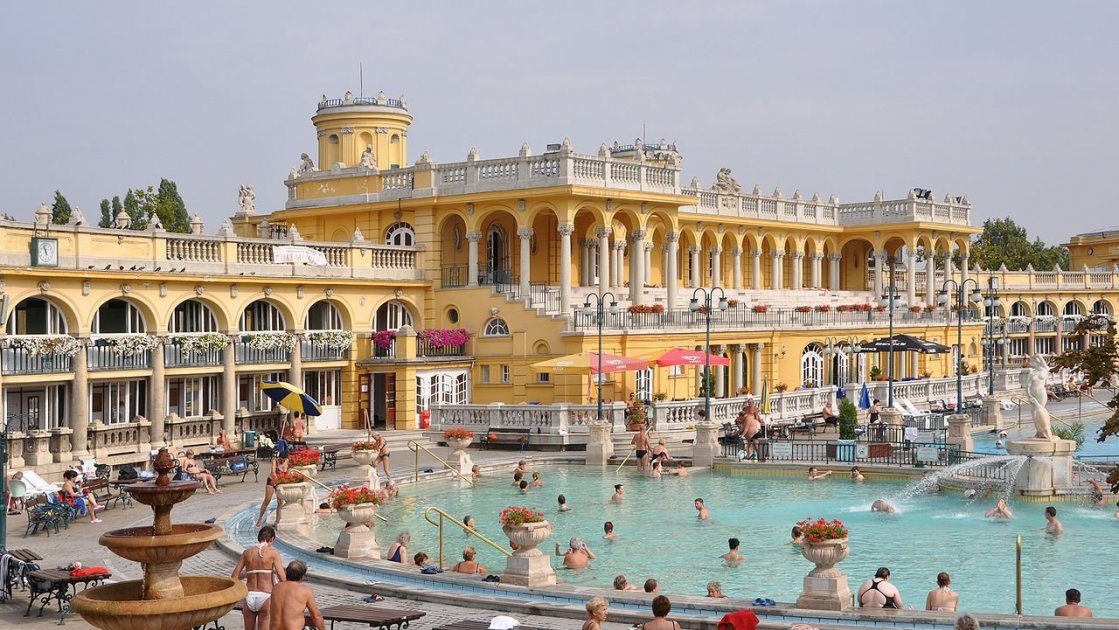 The largest bathing complex in Europe, the real pride of Hungarians. A magical place with 11 different pools and 3 saunas. The most popular of course are the open-air pools with thermal water (the temperature even in winter is +27°C and +38°C). 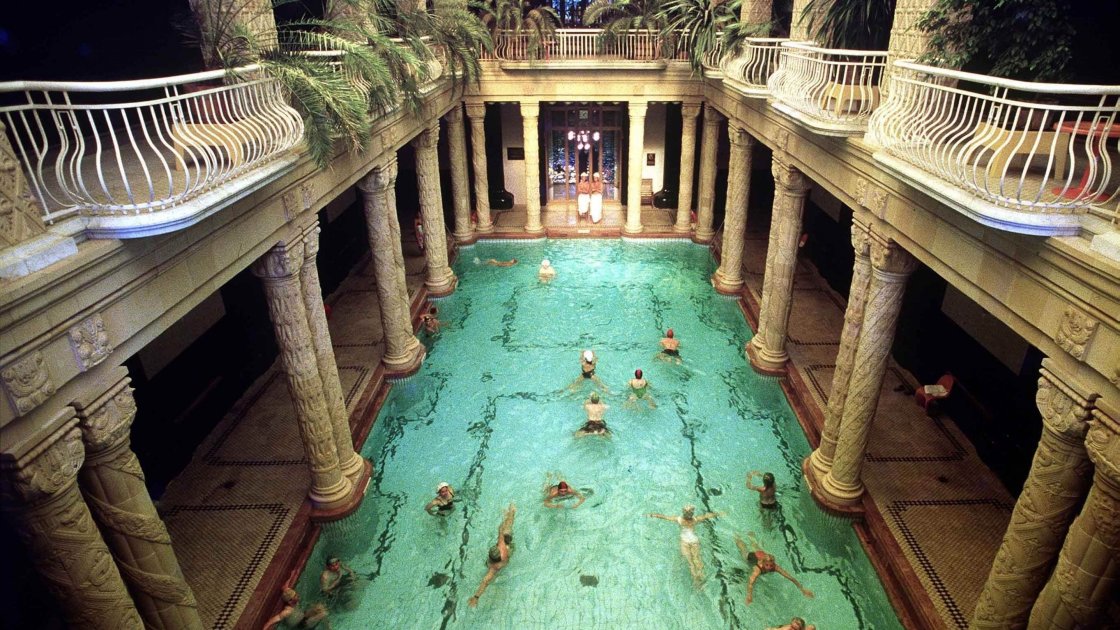 If Széchenyi is considered the most famous and popular baths in Budapest, Gellert can rightly be called the most beautiful: surrounded by colored stained glass mosaics and marble statues, you start to think that you are swimming in some fairy-tale palace. Be sure to bring your bathing suit and towel and go for a swim. This swimming pool is open from 6:00 to 20:00. Admission price is from 5,600 forints (€15.3). 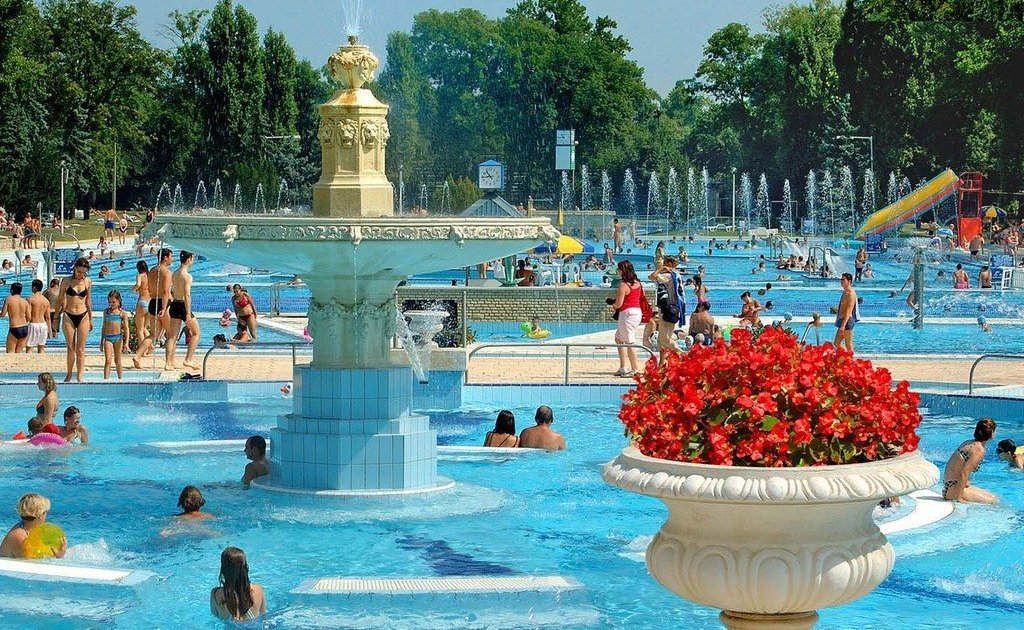 While the two previous bathers are well known, this one is mostly known only to locals. Therefore, there are fewer people and the entrance price is lower – 2,800 forints (€7.7). Nevertheless, the outdoor thermal pools here are just as good, and in addition they have water slides and a playground, which is good for traveling with the whole family. 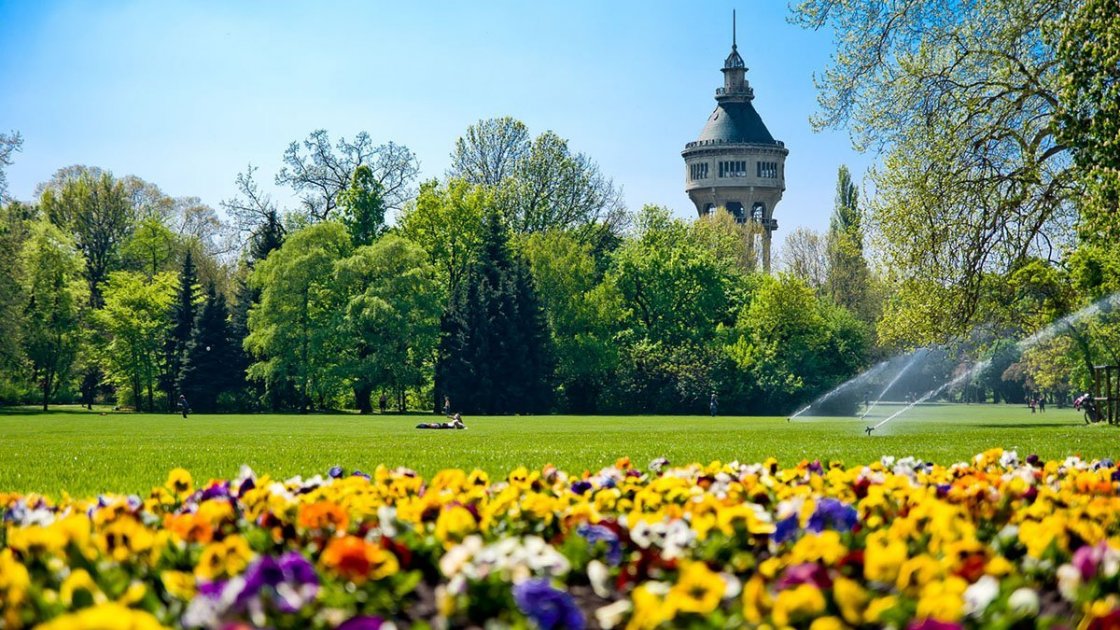 A large well-kept park located on an island in the middle of the Danube is a favorite place for walks by locals during the summer months. Bus number 26 goes to the island. There are thermal pools, a music fountain, a summer water park and a mini-zoo there, so you can take the kids for a walk – they won’t get bored. 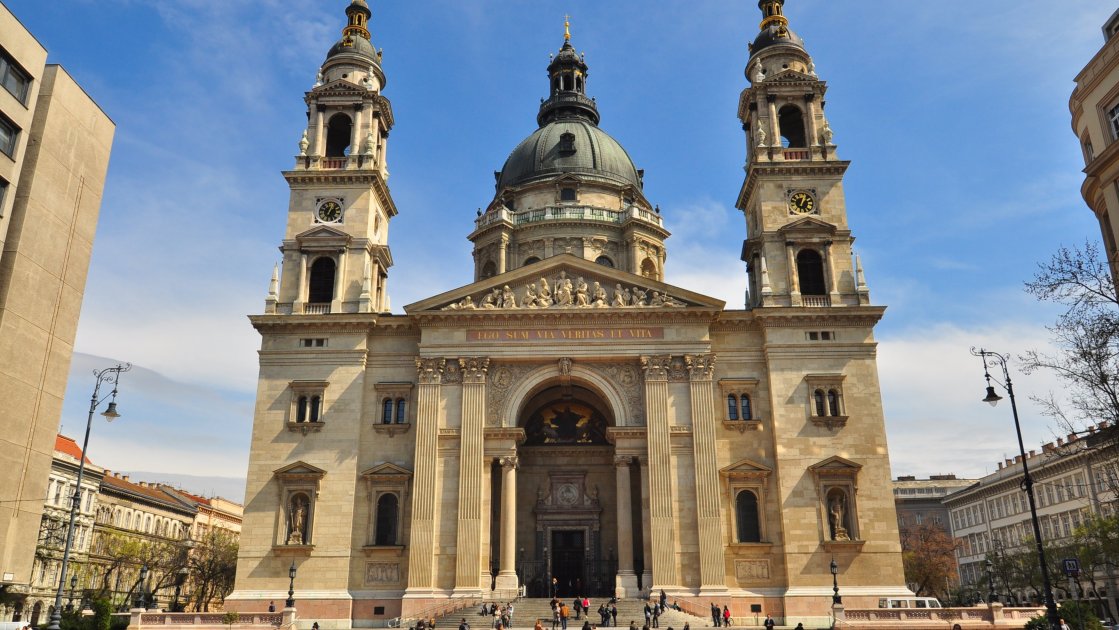 The biggest temple in Budapest with a beautiful view of the Buda River. You have to work hard to get to the observation deck, though – there is a steep spiral staircase going up. 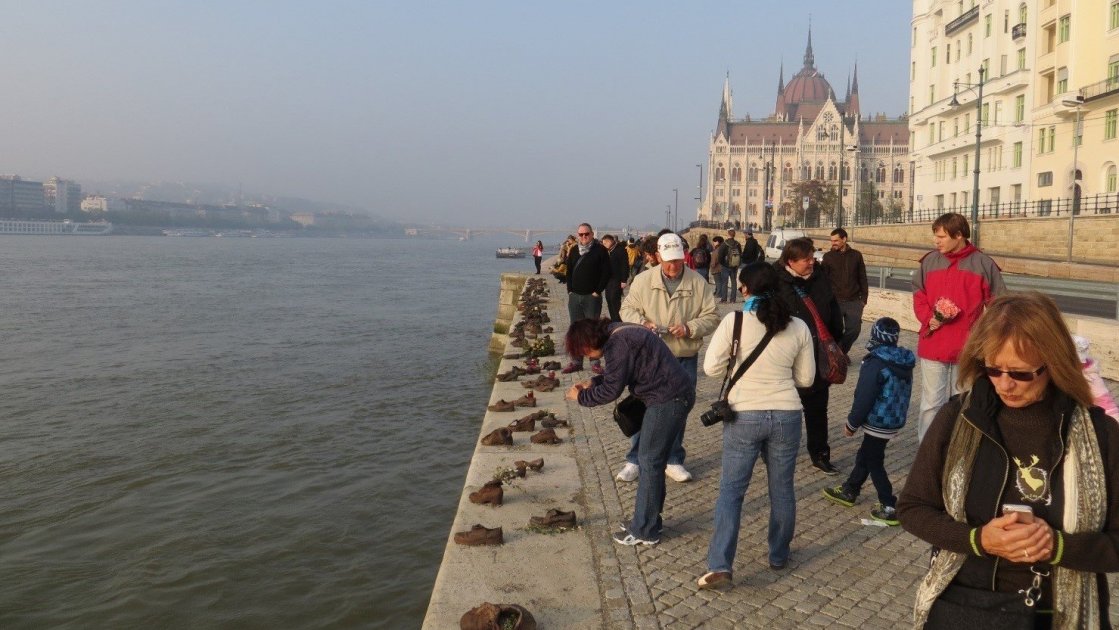 11. the shoes on the Danube promenade

A memorial on the banks of the Danube that makes your heart ache. The 60 bronze pairs of shoes – women’s, men’s and even children’s – commemorate the shooting of Jewish families here during World War II. One of the most symbolic and moving monuments in the world. 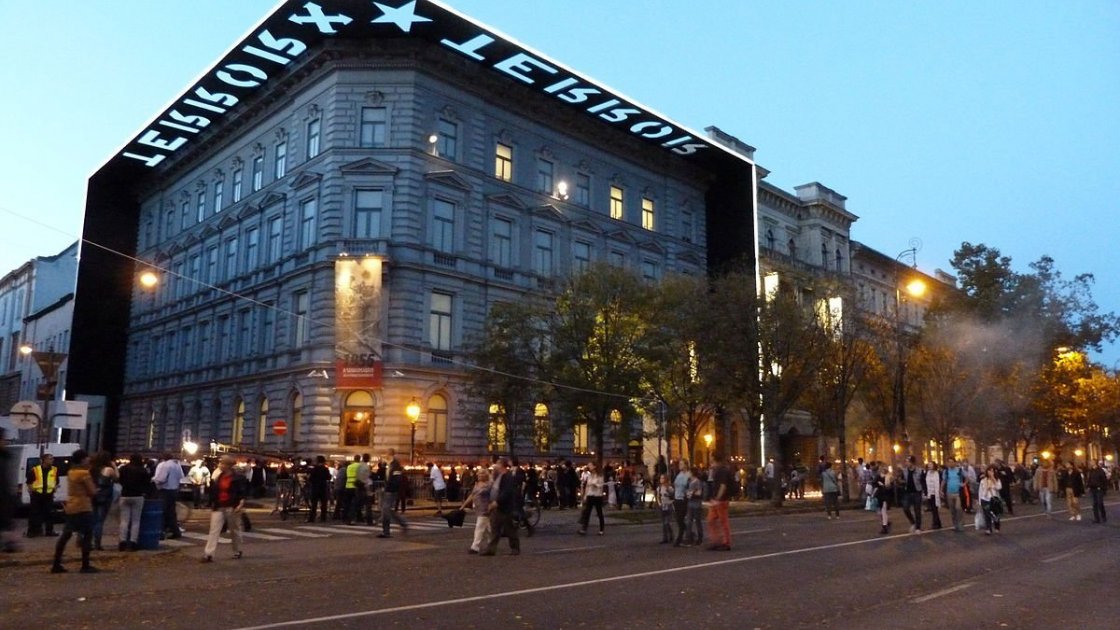 Another meaningful and soul stirring place in Budapest worth visiting. Here you can learn more about the history of Hungary and the tragic period of the totalitarian regime. The exhibition leaves a lasting impression. Entrance is free. 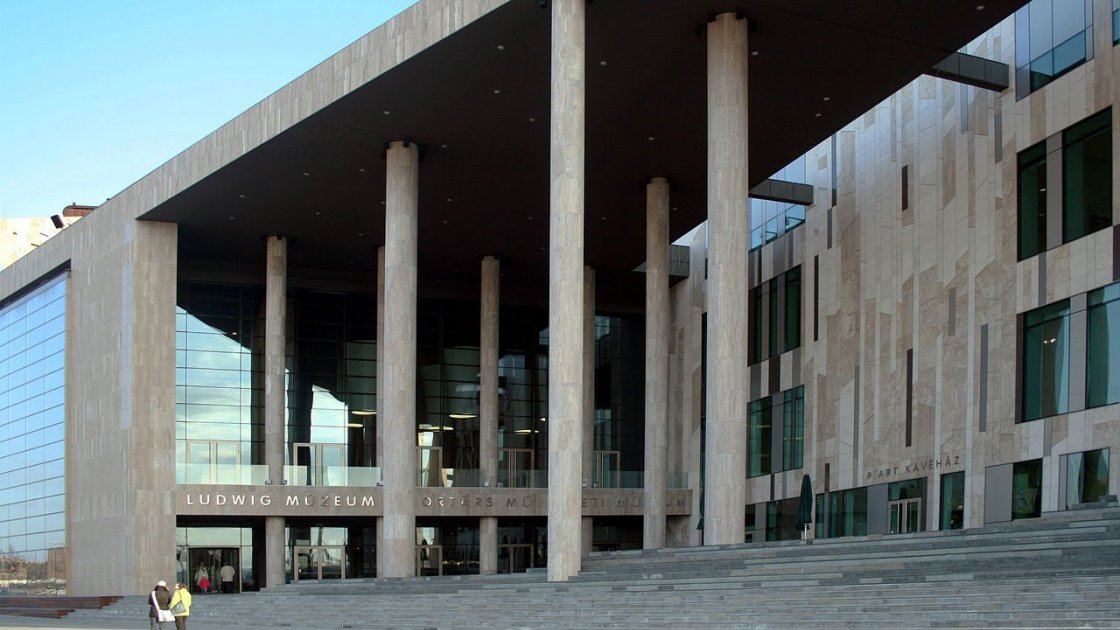 Opened in 2005, this palace has become a favorite hangout for Budapest youth. In the evenings there are musical concerts and theatrical performances, and during the day everyone can view a collection of works by contemporary artists. There is also a special children’s center, where you can take your child while the parents are on a tour. 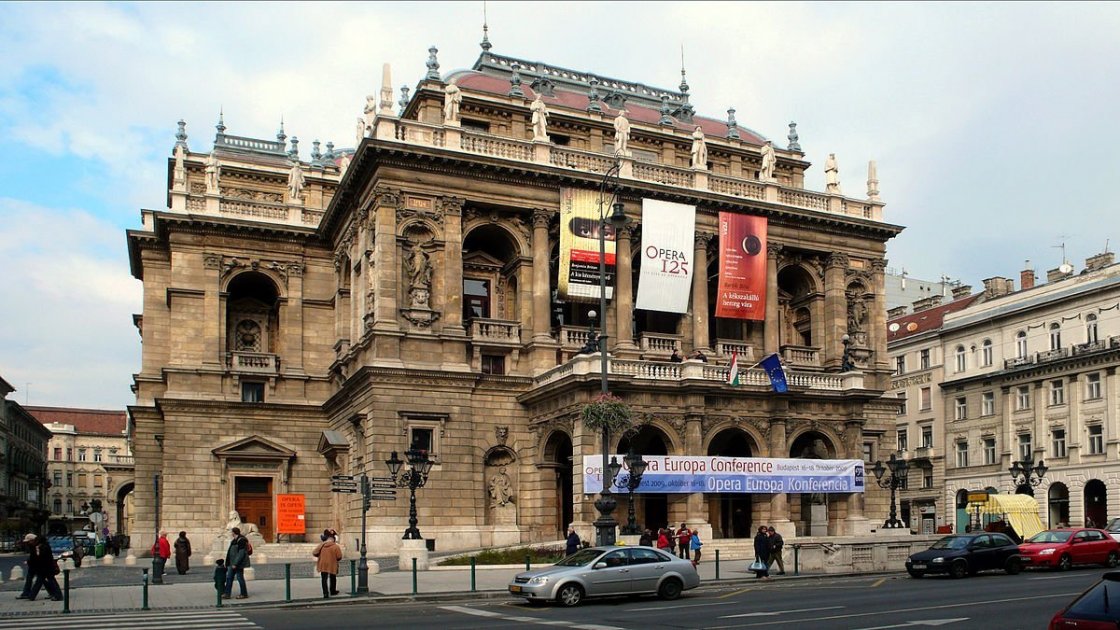 The opera building is monumental and majestic not only from the outside. If you have a chance you should go to a performance or take a guided tour to see the famous opera house with its special acoustics. 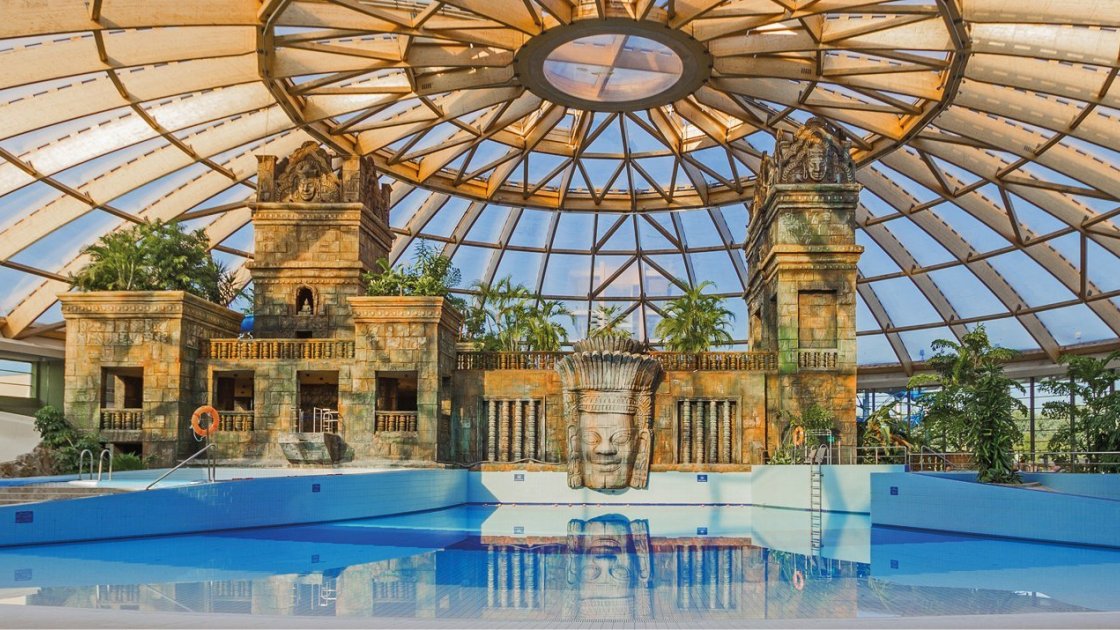 The largest and most unusual in Eastern Europe. You can not only go down the slides, but also practice surfing and diving. See here for opening hours and current entrance prices. 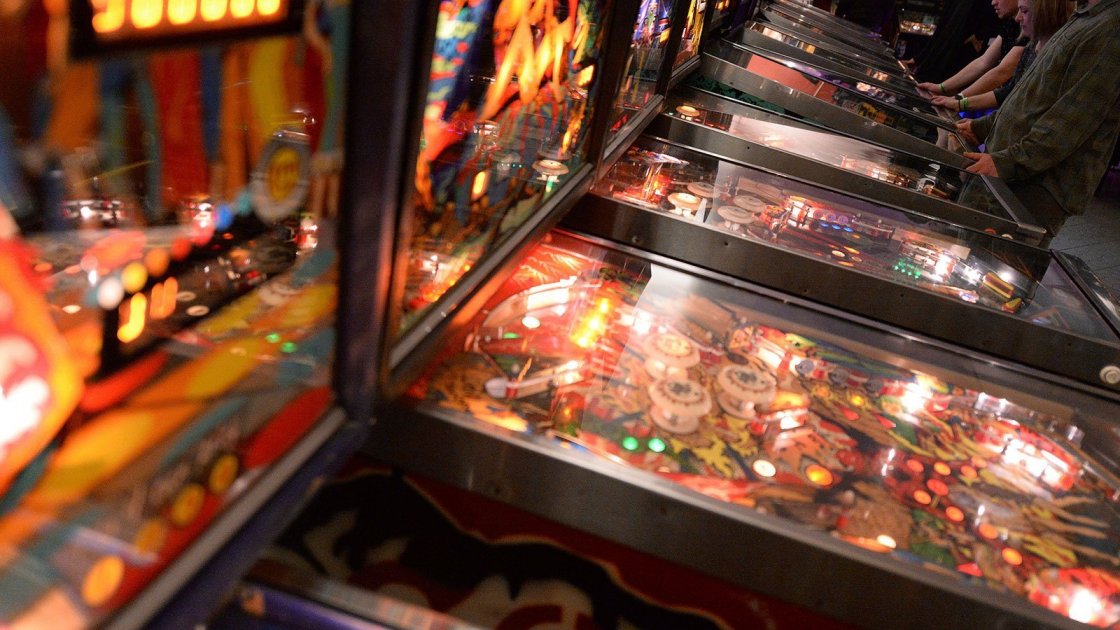 A great place for geeks and families with children. Here you can find rare pinball and other arcade machines. The buzz is that visitors can not only view the exhibit, but also play any game. 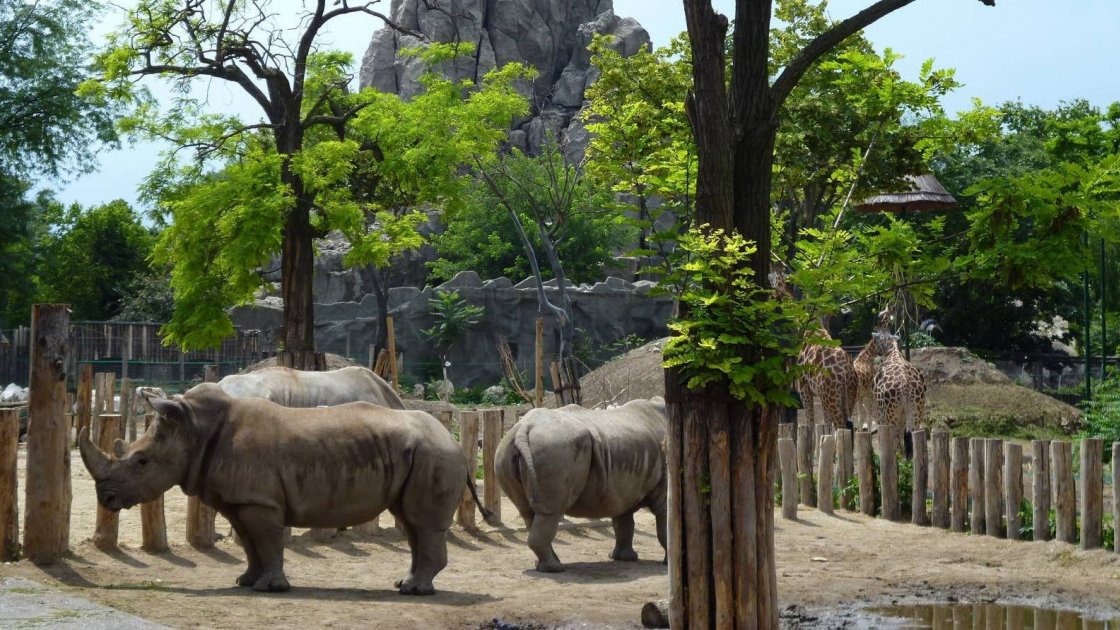 Zoo in Budapest is praised by everyone – locals and visitors alike. Such a collection of rare animals and insects is hard to find! There is also a theme park Holnemvolt Park with exotic birds and pets, as well as a variety of attractions for children. 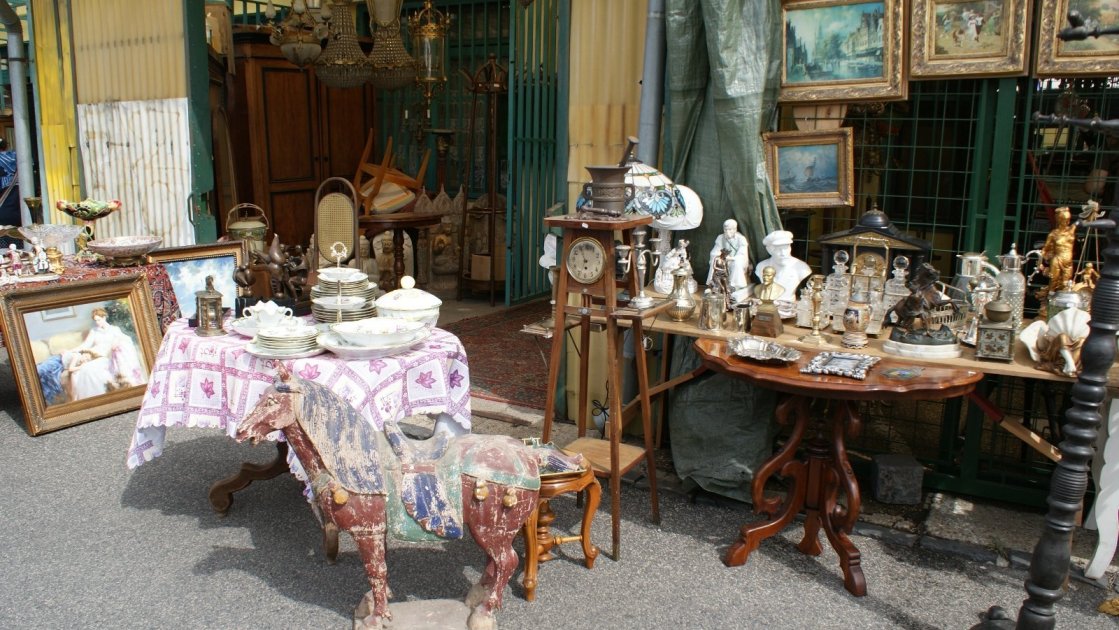 One of the biggest flea markets in all of Europe. Here you can find excellent antiques and war relics, as well as unusual porcelain souvenirs and paintings. However, it is better to come here early in the morning on weekends. 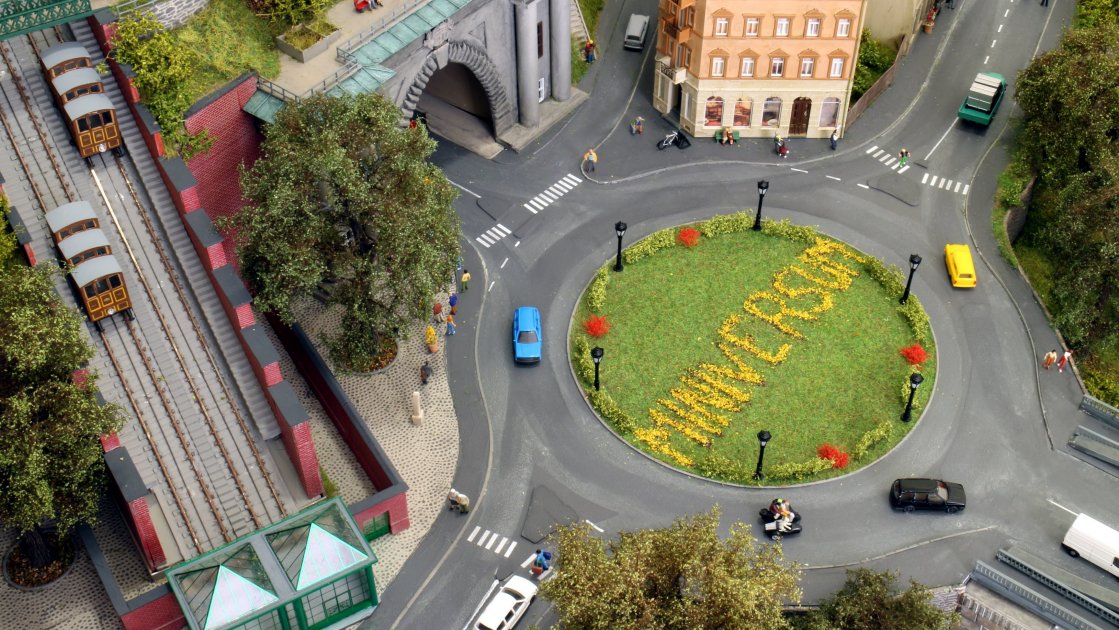 For the best panoramic views of the Hungarian capital go to Gellert Hill, named after St. Gellert, who was killed by pagans on this hill in the 11th century. Right on top of it is the Statue of Liberty, erected in 1947 to commemorate Hungary’s liberation from Nazi Germany, and the citadel, which was erected by the Habsburg dynasty in the 19th century. In the vicinity of the hill there is a hotel with the same name and the famous baths of Gellert. Also the hill is notable for a unique church, which is located in a cave. Entrance to it costs 600 forints (€1.6). 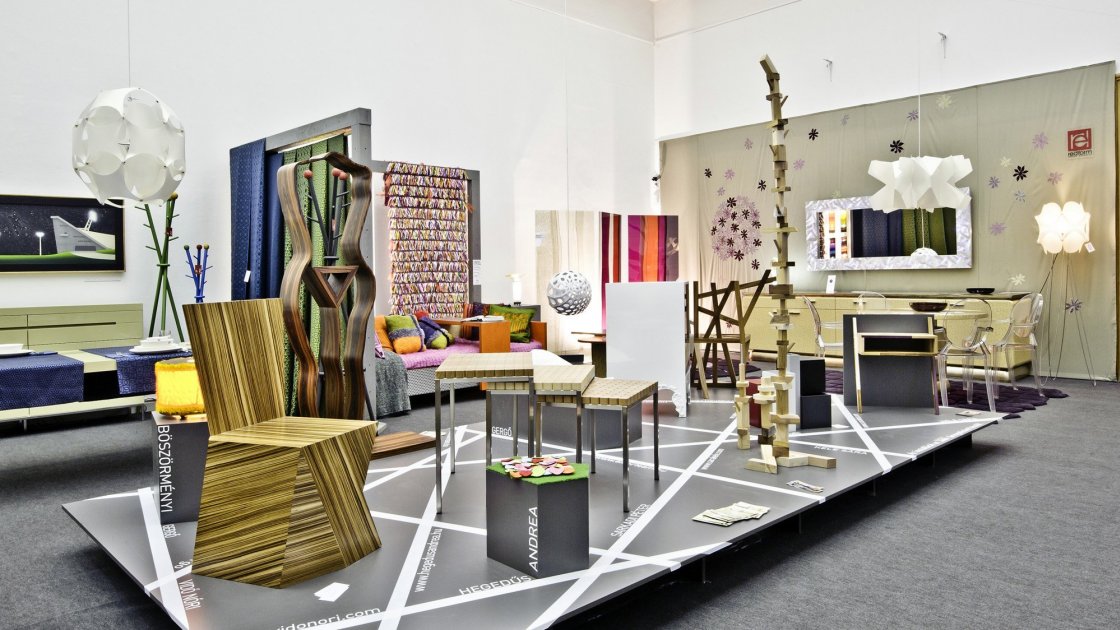 A store with unusual products of Hungarian designers and various handmade trinkets that you can buy as a souvenir. Many people come here as a museum just to look at all these unique things.