35 remarkable sights of Vladimir worth seeing

Turning from Bolshaya Moskovskaya Street to Nikolskaya Church, you will get to Georgievskaya pedestrian street. We advise to start a walk along it from there: then the characters living on it will reveal to you in all their glory

Beware: One of them appears out of the blue! Figures of a fireman, a detective, watching over a young thief, an old pharmacist, were created by Igor Chernoglazov, a well-known sculptor from Vladimir. After walking along the street you will come to a viewing platform where you will meet another character that reminds you of the Vladimir school of painting.

Walking around, pay attention to the memorial plaque on one of the houses: Admiral Lazarev, who discovered Antarctica, was born here. Another attraction of St. George Street is the Old Pharmacy

This is the first state pharmacy of the city, founded in the early 19th century. It worked until 2010, and after its closure it became an unusual museum. 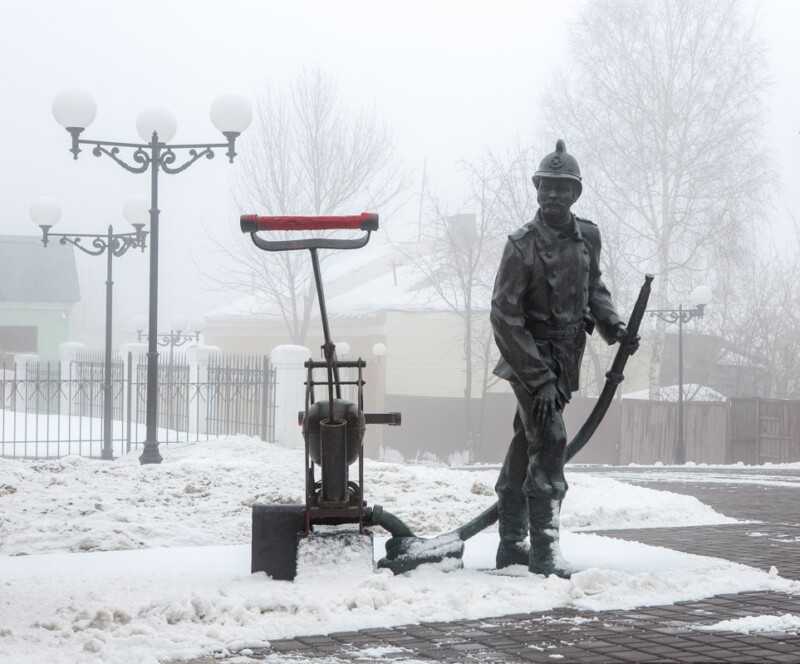 The Nikitskaya Church is a unique architectural monument for Vladimir, built in the provincial baroque style. The composition of the church is based on the traditional for Russia at that time refectory type of temple, but externally the church looks more like a civil structure.

The building with white-green facade is divided by big windows which are framed by baroque platbands (each window has its own pattern), on three tiers. The corners of the building are decorated with pilasters with order capitals.

According to local historians, before the revolution Nikitskaya church was visible from any point of the city.

A similar church is located in Dmitrov. In 1794-1801, the Trinity-Tikhvin church, which is still in use, was built there, based on the Nikitsky church.

There are pedestrian streets with sights and green parks with alleys where you can take a walk.

The pedestrian zone on St. George Street is a great place to walk. There are many cultural facilities. The special highlight of the street is a lot of unusual art objects from folklore and historical past of the city. On the street there are placed the monuments to the boy, the chemist, the painter, the fireman, the Cat Scientist, the cherry tree, the dachshund and the purse. All monuments provide original and memorable photos.

READ
Getting to know Chilean cuisine

It is worth visiting St. George Street to enjoy the beautiful views from viewing platforms. The first one is located near the Cherry Tree Monument – from it you can get a great view of hundreds of plants of the Patriarch’s garden and of the Zaklyazmensky Dal. Two more observation platforms are located near the blacksmith shop of Borodins. From here one can see ancient churches and monasteries, including the Assumption Cathedral and Pushkin Park.

Central Park of Culture and Recreation

The park covers an area of 15.5 hectares and is located in the city center. A large part of it is greened up with alleys for strolling and benches. The guests can go on rides – Fright Room, chain roundabout, Ferris wheel and others. There are also sports and dancing grounds. Ski rental is available in winter. On the territory of the park there is a health complex with two swimming pools and a sauna.

The old city street was founded in the XVII century – it was the concentration of trade and festive life of the city. In the 19th century, the street was paved with cobblestones and lanterns. The image of the central street is largely determined by the buildings, preserved in it since the XVIII and XIX centuries. More than 20 buildings on the street are monuments of architecture. Of particular interest are the buildings of the Gostiny Dvor, City Duma, Noble Assembly, government offices.

What to bring a child 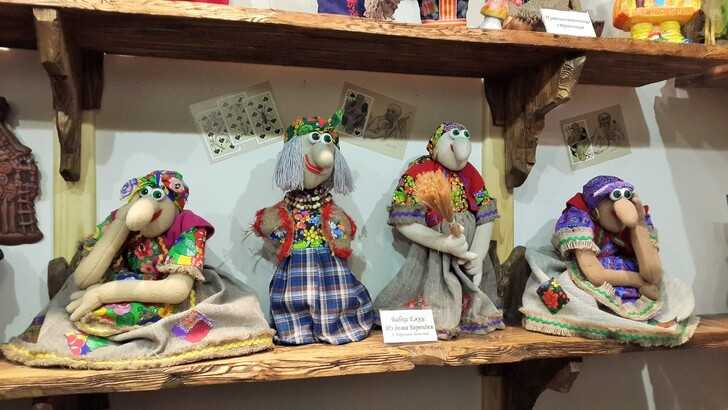 The Book of Fairy Tales from Kirzhach is an author’s project to introduce children to the history of the Kirzhach land. Tales for children is written by the local local historian. The narration is told from the point of view of a white Owl (the owl is depicted on the emblem of Kirzhach). A cartoon map of the Vladimir region will introduce children to the sights, famous people and crafts of the Vladimir region. 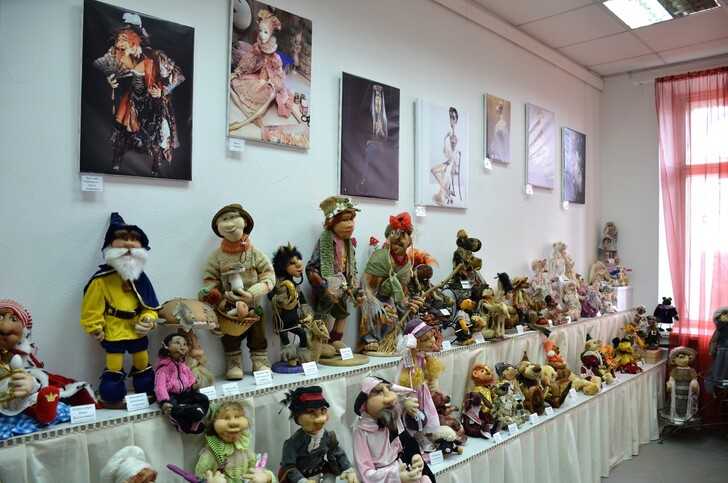 55+ of the best attractions of Vladimir

This ancient city, part of the Golden Ring since the 1970s, is one of the most popular with tourists at any time of year. The main sights are compactly located in the center, as well as most of the rest of the tourist infrastructure (souvenir stores, restaurants and cafes). Vladimir is ideal for a short trip, for example, for a weekend. Two days are just enough to see all of its major monuments, admire the nature, walk the streets of a provincial town older than Moscow and which once proudly bore the title of capital.

Two days are enough to see the main monuments of Vladimir and admire the nature. Photo: Daria Pankina

The main architectural masterpieces of Vladimir are known not only in Russia, but also abroad, and have the status of UNESCO World Heritage Sites. First of all, these are the Golden Gate, Dmitrievsky and Assumption cathedrals. The age of the first two is close to nine centuries. In general, this small city has about 50 different churches of different years of construction, several monuments of architecture joined by the Vladimir-Suzdal Museum-Reserve. There are also several private museums in Vladimir. In short, if you have a goal to get away from the hustle and bustle of the big city and touch the history of our country, Vladimir is an ideal place.

READ
Marostica is a picturesque little town in Italy

Vladimir sights on the city map

Everyone who drives into the city along Bolshaya Moskovskaya Street first encounters this arch with a gate church. It used to be one of the seven gates that were part of the city fortifications. But only the Golden Gate is extant today. Built in the middle of the 12th century by craftsmen of Prince Andrey Bogolyubsky, the gate served both as a fighting ground, and as a gala entrance to the city. During its long history, it was repaired and rebuilt several times. Today the Golden Gate is a “visiting card” of Vladimir.

The laconic beauty of the architecture of this ancient temple is mesmerizing. But it is famous not only for its antiquity and Byzantine architectural traditions. The exterior walls of the cathedral are unique – much of it covered with stone carvings. About 600 reliefs depict saints, as well as mythical and real animals. The cathedral was built in the late 12th century and was consecrated in honor of Demetrius of Thessaloniki – the patron saint of Prince Vsevolod the Big Nest. Today you can enter the temple and listen to an audioguide story about memorable events in its history.

The main and largest cathedral of Vladimir originates from a stone construction from the time of Andrei Bogolyubsky. The temple gradually expanded and in 1185 acquired an appearance similar to what we see today. It was rebuilt several times after that, and seriously under Catherine the Great. Authentic frescoes by Andrei Rublev have been preserved in the cathedral, despite the fact that in its long history it has burned down and been pillaged many times. Before the construction of the Cathedral of the Assumption of the Moscow Kremlin it was here where the Vladimir and Moscow princes were crowned for the great reign.

READ
The 23 best sights of Toledo - descriptions and photos

One of the oldest streets of the city where in the 12th century there were yards of Princes Yury Dolgoruky and Andrei Bogolyubsky. Named in honor of Georgievskaya church built at the same time. Nowadays on the street stands a church of the early 18th century, built instead of the burnt-out one. During the Soviet Union, the street for a long time was called the Red Profintern. In the mid-1980s, it has been restored, the builders have tried to give it a historical image. In 1990, the street regained its old name, and in 2015, the first section of the pedestrian zone was opened, which immediately became a popular stroll destination for Vladimir residents and guests of the city. On the street there are several houses from the end of the century before last, of particular interest is the Old Pharmacy.

One of the most beautiful places in the city, a favorite place for panoramic photos. According to legend, it was here in the 12th century that Prince Andrei Bogolyubsky planted the first cherry trees, which eventually became a symbol of the city. In the garden, which was under the jurisdiction of the Monastery of the Nativity of the Theotokos, the higher clergymen liked to rest, hence its name. The ancient garden existed till the end of the 1930s and beginning of the 1940s when after severe winter frosts most of the trees died. At one time on the site of the garden was a dump, but in 1948, thanks to the congress of Young Michurinists held in Vladimir, the garden was laid again. Today there are about 130 varieties of fruit and berry trees. From 2015 to 2016, reconstruction was carried out, and the garden acquired its current appearance.

This museum complex includes monuments and exhibitions of several cities of the Vladimir region. In Vladimir itself it includes the Golden Gate, Assumption and Dmitriev Cathedral, the museum “Old Vladimir”, located in the building of the former water tower, the museum center “Chambers”, the Historical Museum, the Museum of Nature, the Museum of Crystal, and the House-Museum of Stoletov. Tickets can be purchased both on the website of the museum-reserve and in the ticket offices of the objects.