The most interesting and famous places in Italy, which should be visited by a tourist 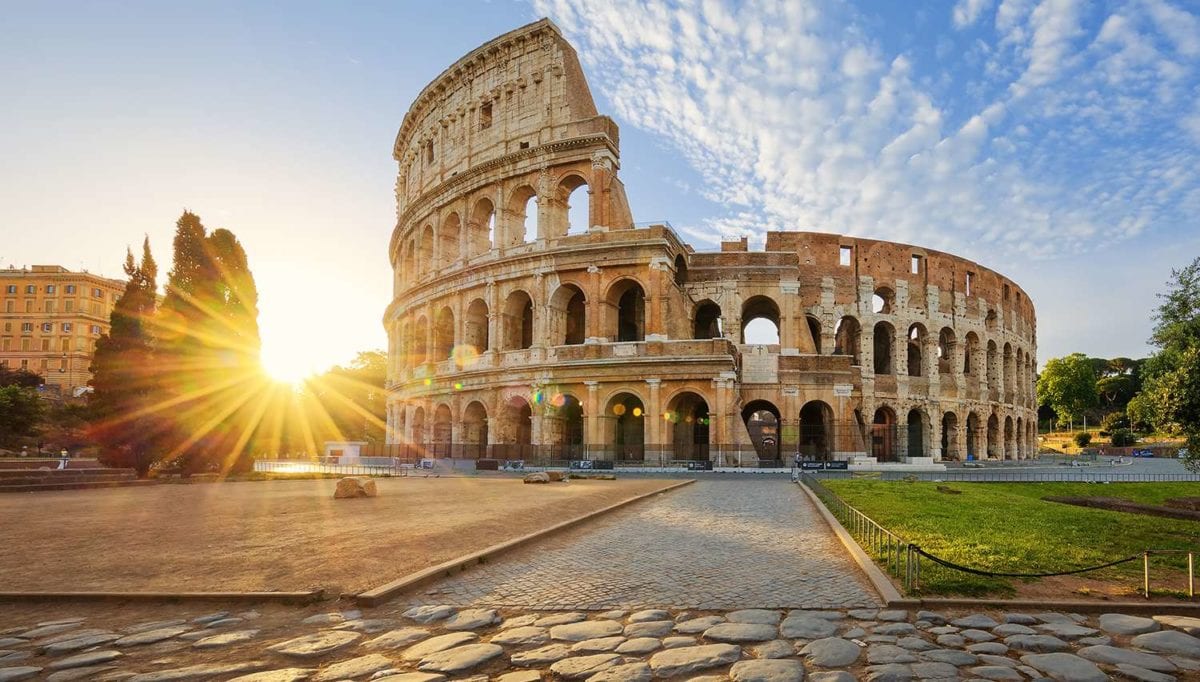 Italy can be divided into four regions: northern Italy, central Italy, the southern part and the islands. The north of the country is covered by the majestic Alps, there are major ski resorts. South of them are popular tourist cities – Turin, Milan, Venice and the local attraction – Lake Como.

The central part of Italy is the Eternal City of Rome with its monumental world heritage. This is the ancient Colosseum, ancient Roman baths, the Pantheon and the Roman Forum. But not only Rome alone is rich in the Central region, here is a popular city of Pisa and inexhaustible source of inspiration – Florence. 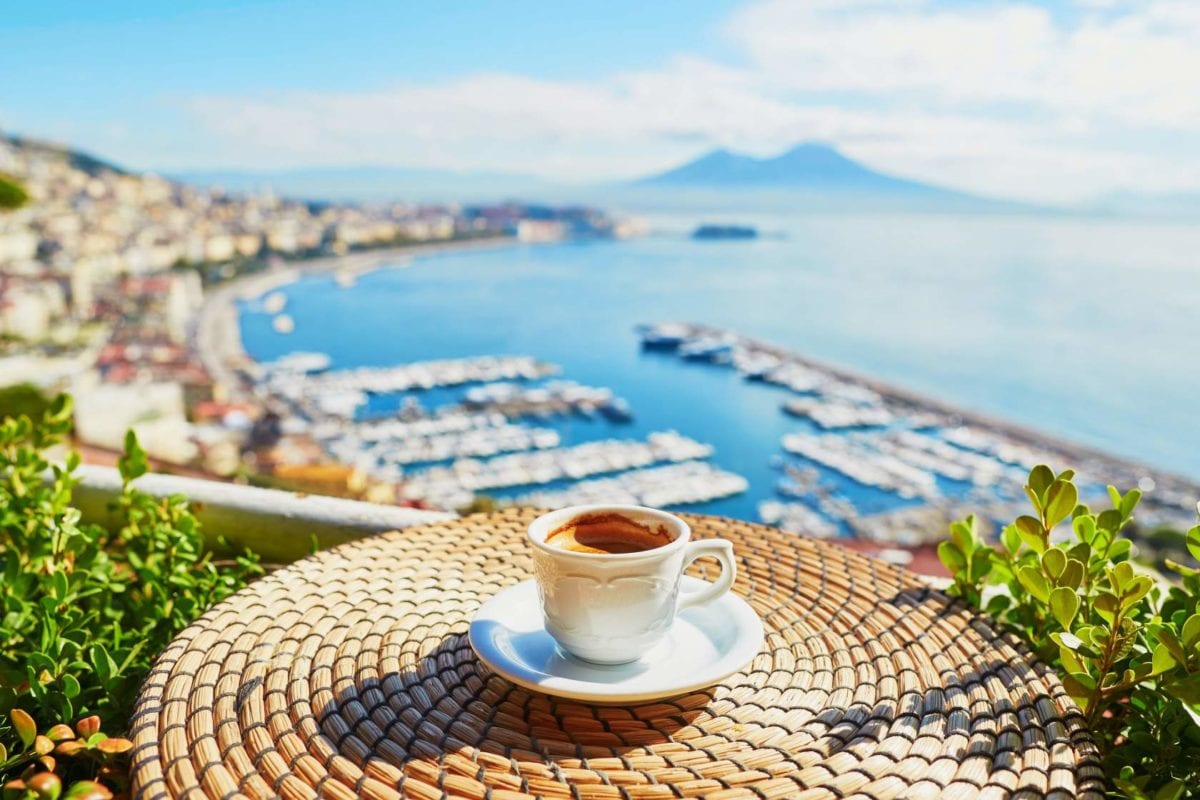 Southern Italy is not like the Central or Northern Italy. It even has its own dialect of Italian. In the south of the tourist is waiting impatiently for a bustling Naples and the main gastronomic pleasure – Neapolitan pizza. There is also the formidable Vesuvius and the remains of the city of Pompeii.

Italian islands are the most colorful part of the country. Elba, Sardinia, Sicily, Capri are the best places to see another Italy and fall in love with it.

The best places to visit

The best place to start your journey through Italy is Rome, which was built on seven hills. On the study of its monuments and architectural heritage not enough life, but it is worth trying. In addition to the Eternal City must visit Venice with its many canals. And be sure to taste the Tuscan wines in the main city of the Renaissance – Florence. 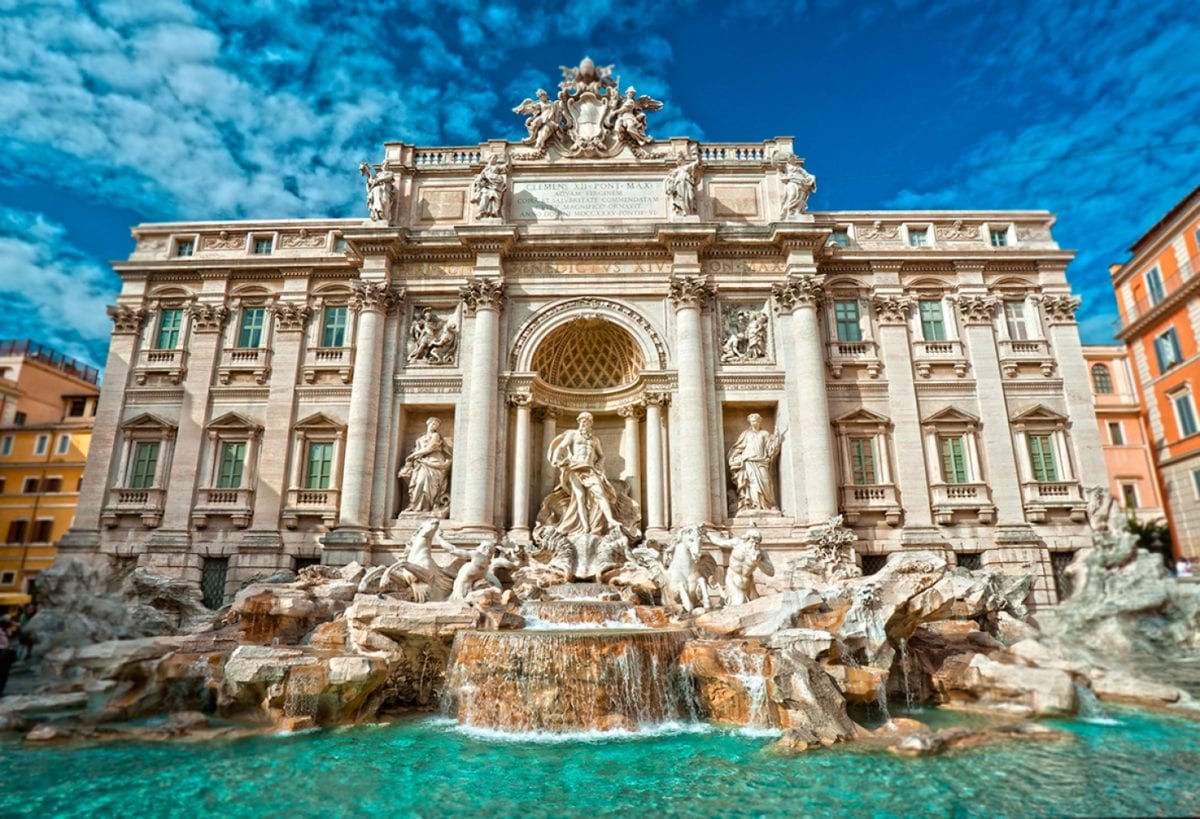 The fountain, which has been sung in many movies, including “Roman Holiday” attracts hundreds of tourists a year. To be photographed against the backdrop of the majestic Neptune and his chariot is worth coming early in the morning in Piazza di Trevi. The most important thing is to perform the ritual correctly. To be sure to return to Rome again, you need to throw a coin into the fountain. To meet his love, the visitor will have to part with two coins. Three coins symbolize marriage, four – the acquisition of wealth.

READ
Fort Boyard - a landmark known from the TV show 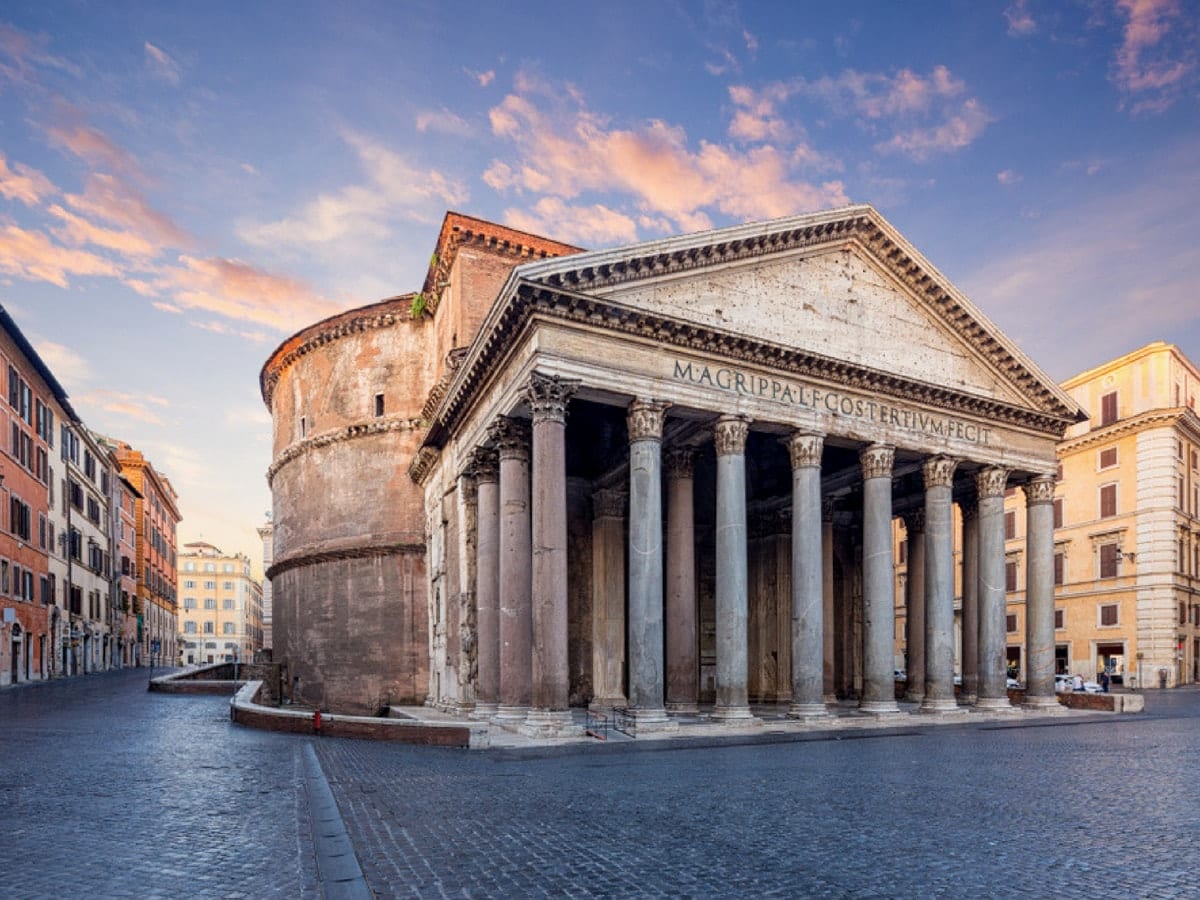 Pantheon is a unique monument of ancient Roman architecture. It is a temple built to glorify the pagan gods with a sacrificial altar. The recommended time to visit is noon. It is at noon when the pillar of light is the brightest. It enters through a circular nine-meter hole in the dome to illuminate the interior of the Pantheon. Here are the remains of great rulers, prominent figures. For example, the Pantheon is the resting place of the famous Italian painter Raphael. 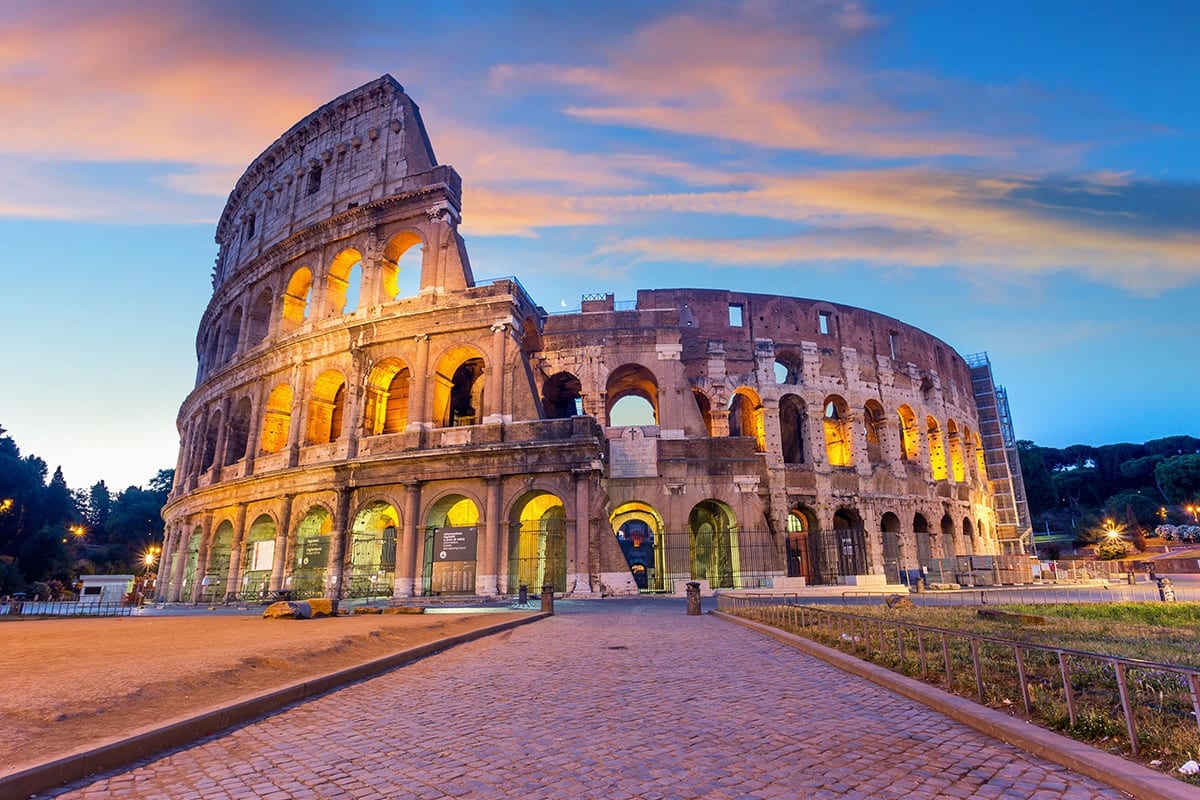 Symbol of Rome and the main attraction of all tourists visiting the Eternal City. A huge amphitheater, built almost two thousand years ago for gladiatorial fights, is still striking today. On this site in addition to gladiatorial fights took place the trampling of wild animals and simulation of sea battles. The Colosseum hosted tens of thousands of spectators and also fascinated the public with its bloody spectacle. The place was stained with the blood and sweat of thousands of people and animals. Today the Colosseum is recognized worldwide as a New Wonder of the World. 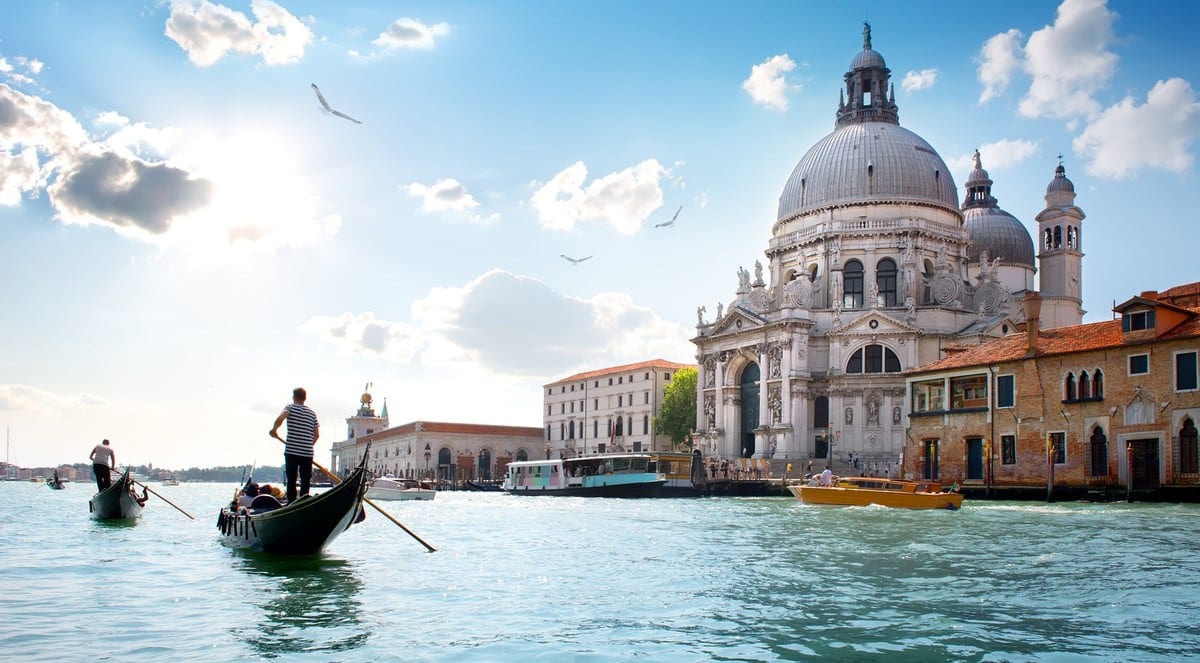 A city that is slowly but surely dying. Every year, the waters of the Venice Lagoon mercilessly swallow the city millimeter by millimeter. Very soon there won’t be a trace of it, so millions of tourists try to capture the passing beauty. A must-see is St. Mark’s Square. Here are the main attractions of the city: the elegant and weightless Doge’s Palace, the tall Campanilla, and the Byzantine-style Cathedral of San Marco. And, of course, you must take a gondola ride on the Grand Canal. The cost of the ride starts at 80 euros per boat. 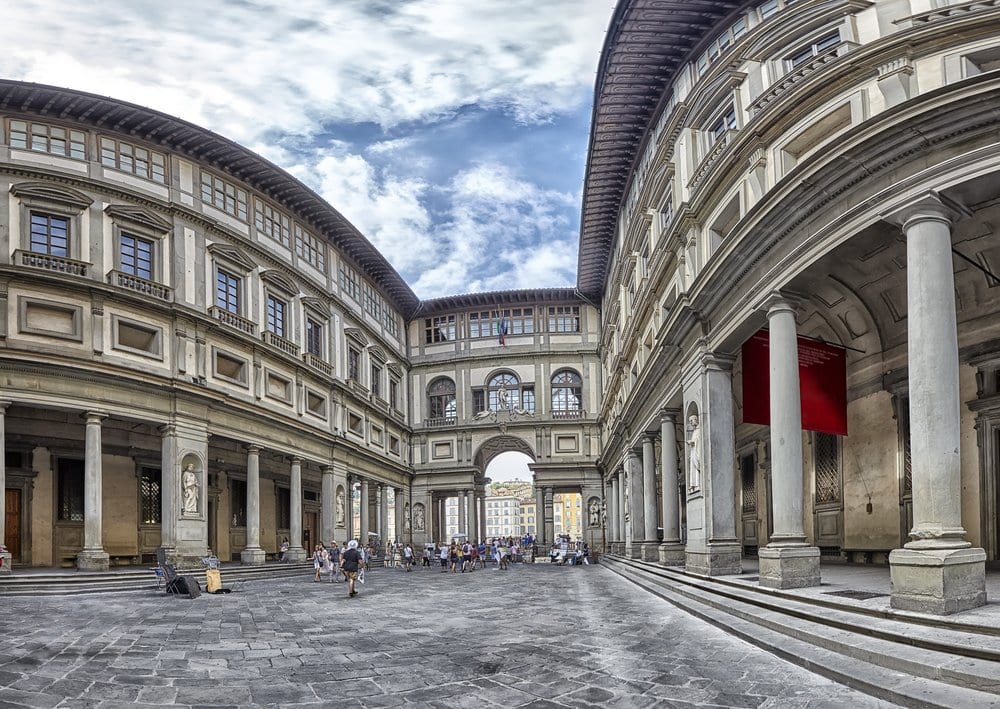 It is one of the oldest museums in Europe and probably the oldest in Italy. Anyway, there is no second such museum in the whole world. The building itself is a rich and beautiful architectural monument. Above the palace worked the famous G. Vasari on behalf of the Grand Duke of Tuscany. It’s a place designed to hold and allow you to admire the works of the great masters of the Renaissance. The Uffizi Gallery should only be visited for the works of Titian, the genius of Leonardo da Vinci, and Botticelli. Ticket prices range from 12 to 20 euros.

READ
Little-known but surprising places in Thailand and Malaysia 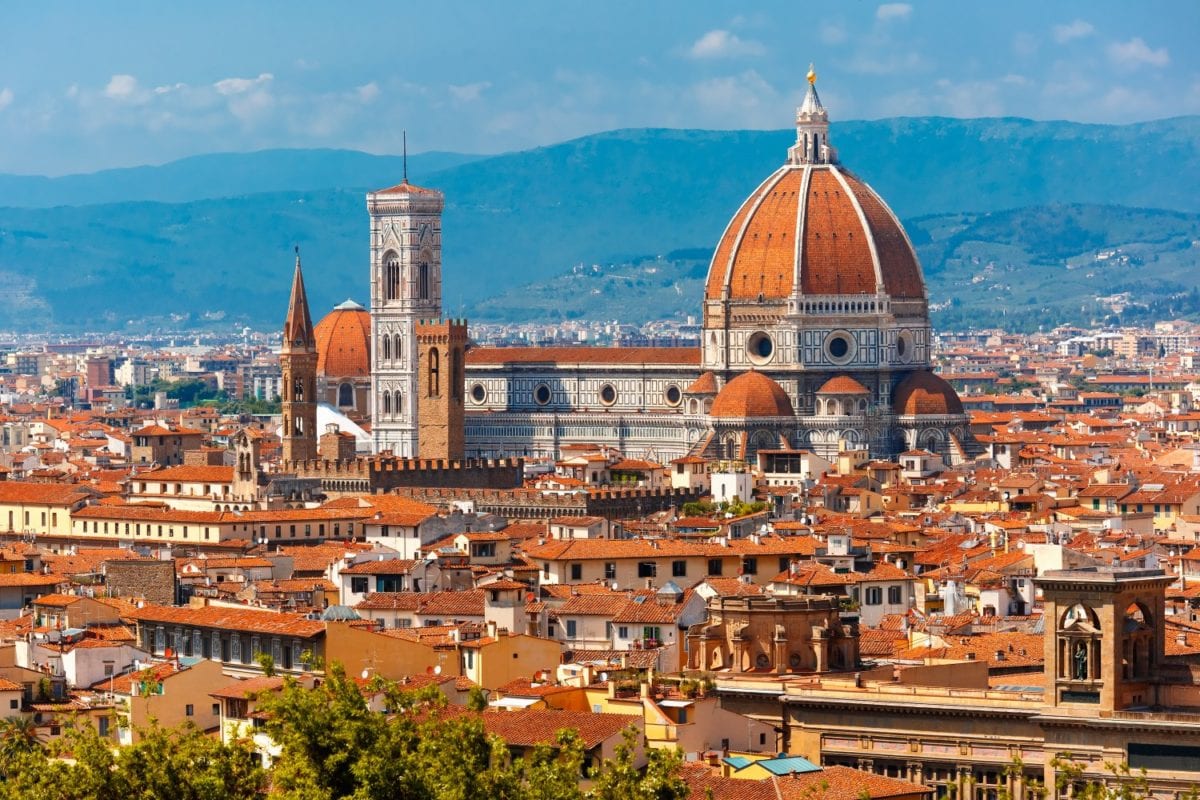 This is the most famous temple in all of Florence. The cathedral was a milestone in the history of architecture, a kind of transition from the Middle Ages to the Renaissance. Under the dome of Santa Maria del Fiore at the time of construction could accommodate the entire population of the city, and it is about ninety thousand people. Unique bas-reliefs, beautiful frescoes and stained glass, the famous Uccello clock, which since the middle of the fifteenth century still works, sculptures, bronze gates – that’s what makes this place popular among tourists.

Tourists strive to sunny Italy all year round, because there is something to see both in winter and in summer. The natural beauties of the country rightly occupy a place of honor in the “must-see” list. 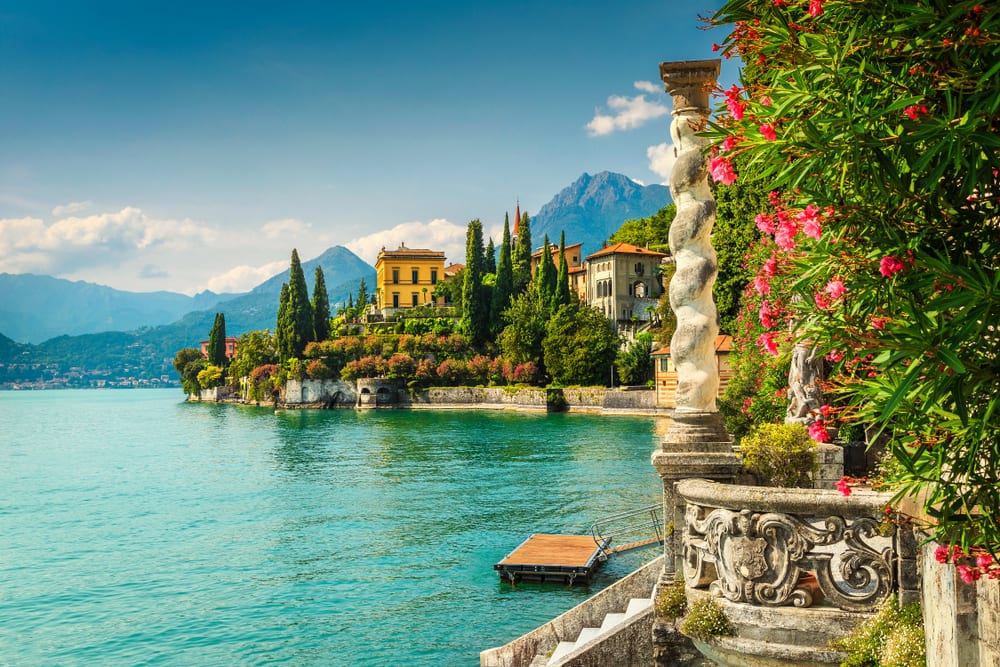 The most picturesque vacation awaits on the shores of Lake Como. The deep waters of the lake, surrounded by majestic Alps and green meadows around it attract not only tourists but also celebrities. Many of them buy or build villas here in the Mediterranean style. This raises the cost of land to an all-time high. On the shores of the place are vineyards, pomegranate and olive trees. The romantic atmosphere of the lake has served as the perfect backdrop for many movies. 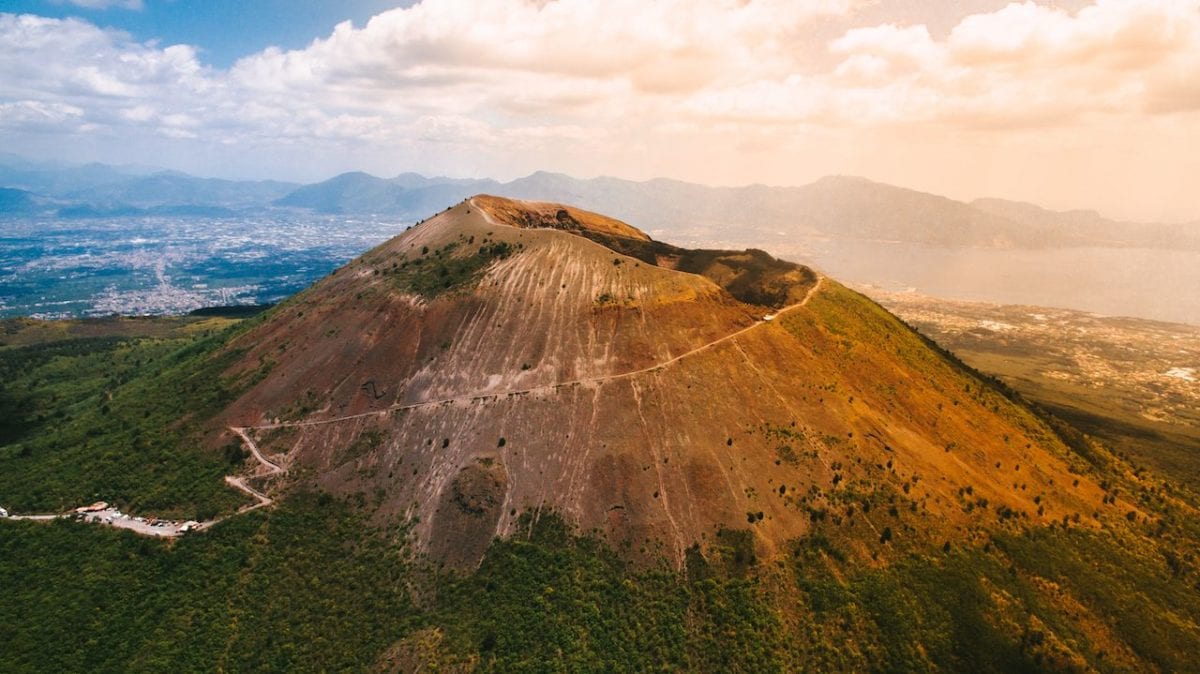 In Italy, Vesuvius is said to be the most dangerous, the most formidable, the most destructive volcano in Europe. Vesuvius is sleeping now, but at any moment it can wake up and destroy the vegetation on its slopes with streams of lava, fill cities with ash and threaten the safety of carefree Naples situated at the foot of the giant. The most famous volcanic eruption took place in the year 79 in which Pompeii and the city of Herculaneum were destroyed. 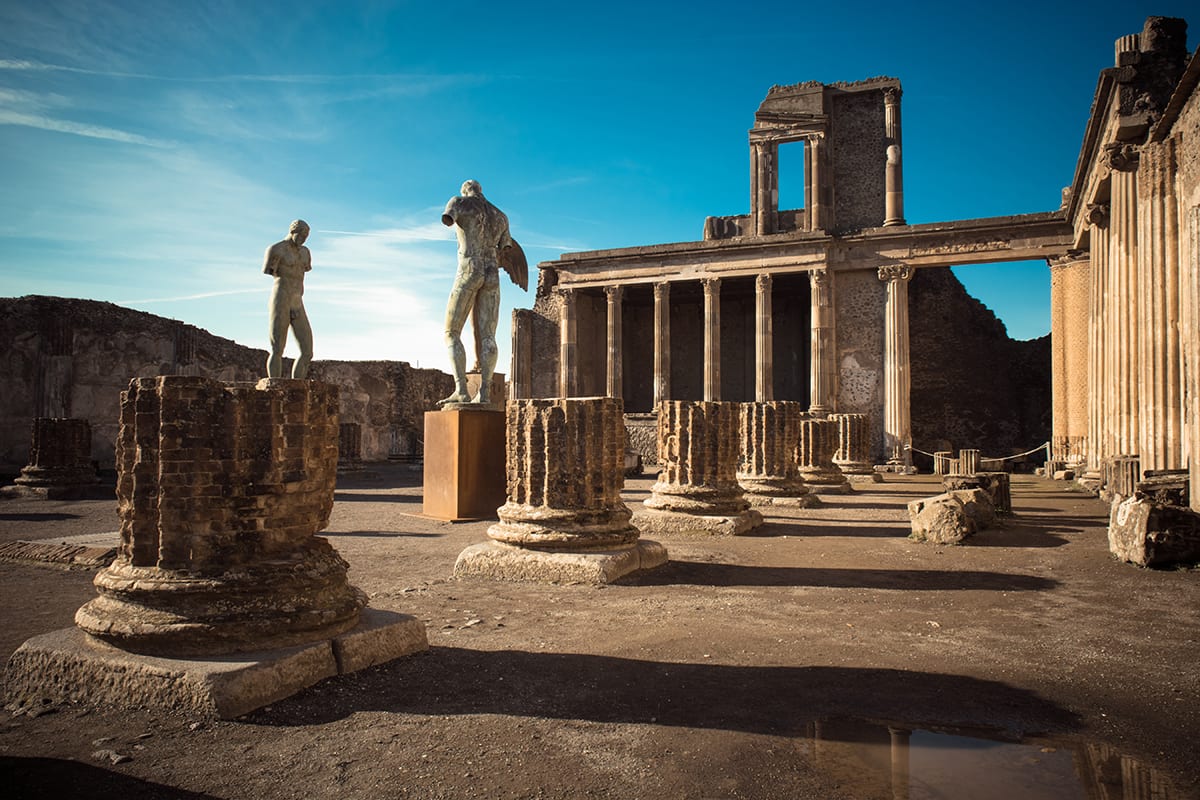 This ancient Roman city became a monument to the destructive forces of nature. The eruption of the volcano Vesuvius, and before that an earthquake destroyed the city itself and some of its inhabitants. Excavations have unearthed fragments of streets, houses, and rich villas, but most importantly, human and animal remains have been found. The bodies are perfectly preserved and appear to visitors in the exact poses in which they were caught dead. The many-meter layer of ash has preserved the ancient Roman forum, the town hall, the temples, the market and, of course, the theater. 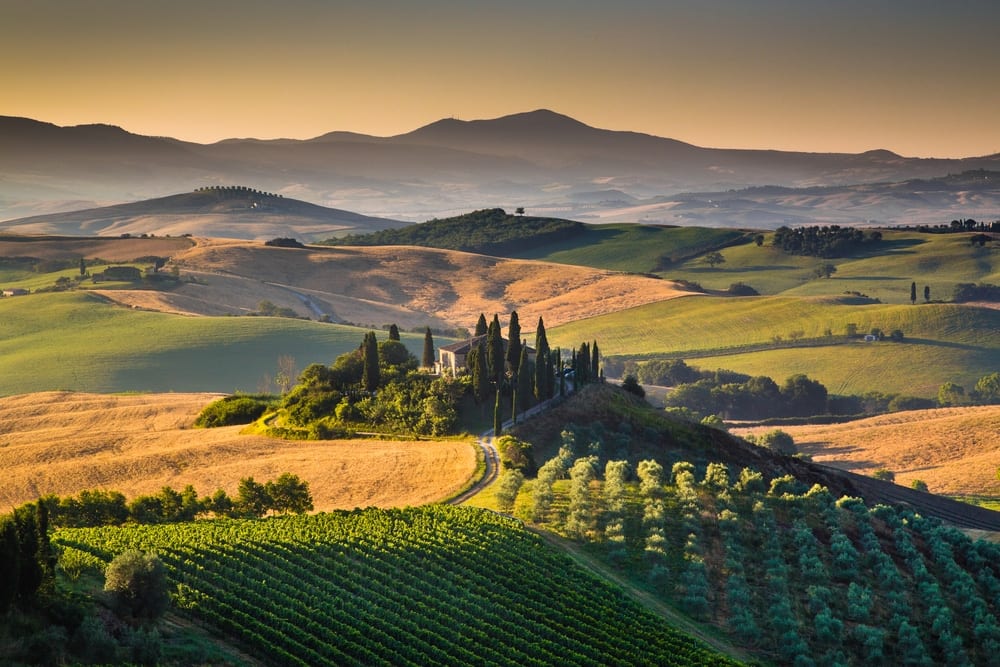 It is perhaps the most harmonious natural and cultural landscape in the world. Flat green plains, rolling hills, small quiet towns and impregnable castles make up the landscape of Val d’Orcia. But it’s not only the nature that makes this land famous, but also its gastronomic delights. Be sure to try the sheep cheese, olive oil, sausages and the world famous wine Brunello di Montalcino. The price for a bottle of wine starts at 70 euros. 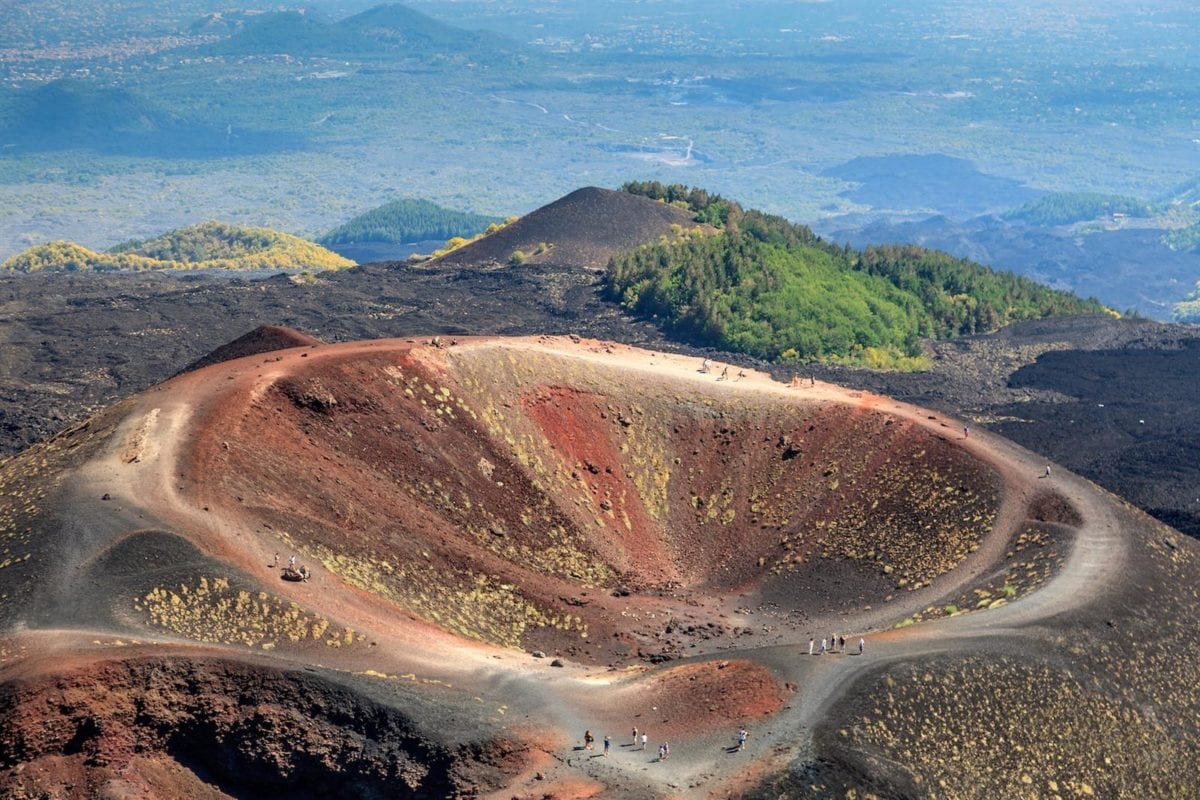 The largest volcano in Italy and Europe is constantly growing. After each eruption its height changes. Etna volcano is located on the coast of Sicily and has several hundreds of side craters one or another of which starts to smoke and release lava. Hiking up the volcano is possible only with an experienced guide. In this place are still active geological processes. 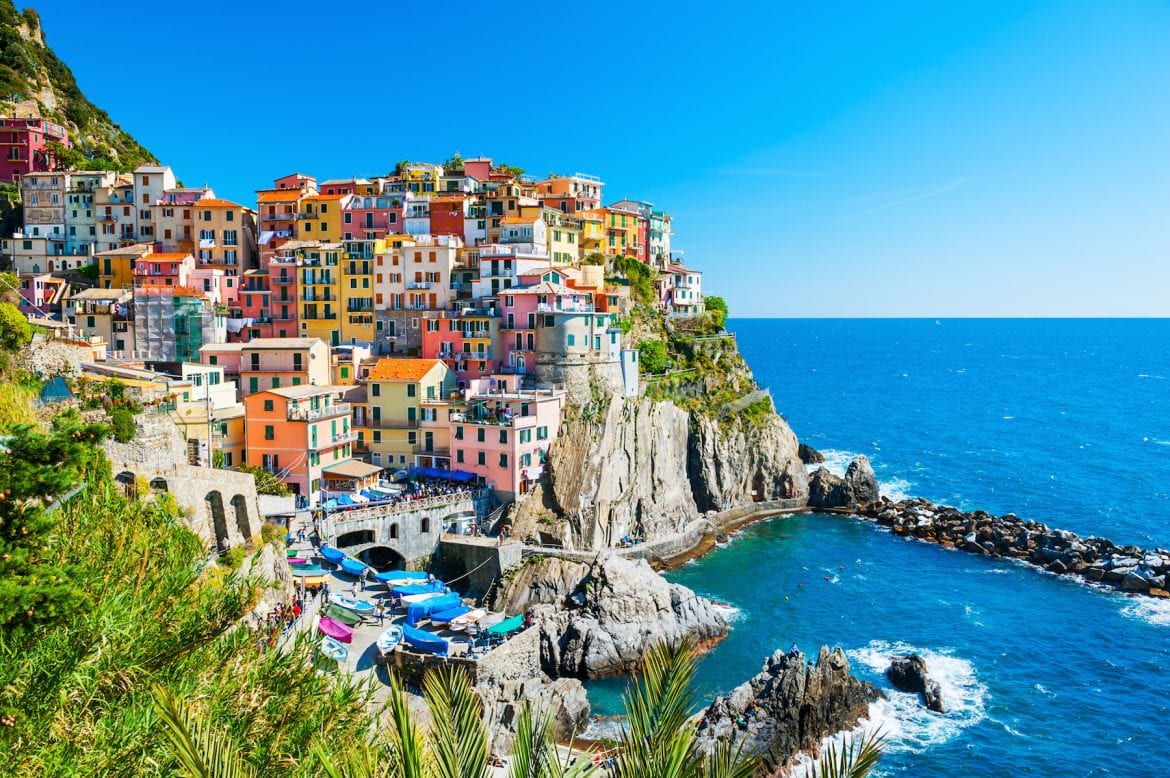 This is a national park that includes five amazing villages nestled on impregnable cliffs. The colorful brightly colored houses attract with their originality and beauty. For the preservation of the unique architecture in this place is forbidden completely or severely restricted vehicular traffic. Rest here is suitable for quiet contemplation, as well as a harmonious pastime.

What to see: the popular places in Italy

Interesting places in Italy are located everywhere. Every region of the country has its unique attractions. To see many of them, you do not need to go to Rome. Milan, Naples, Pisa, Tuscany are ready to offer the traveler their best stories.

READ
What to see in the capital of Bulgaria 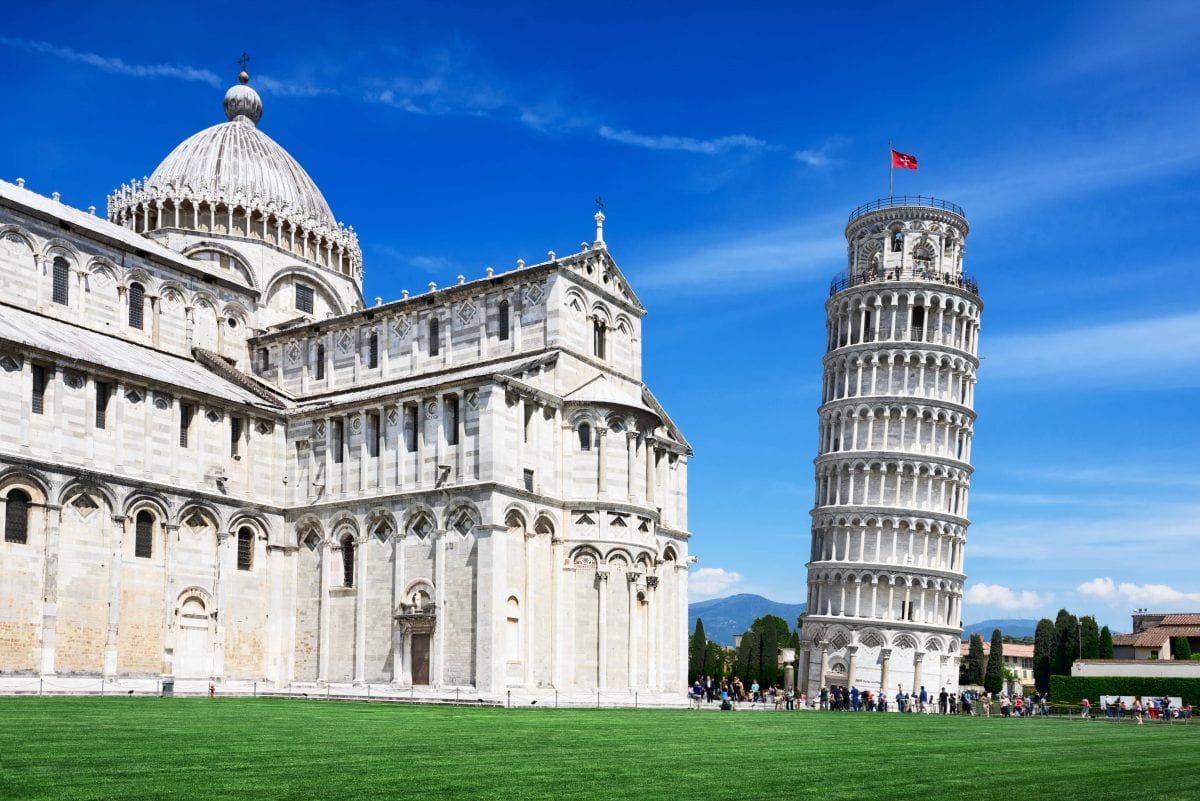 The most famous tower of Italy is located in the city of Pisa. Millions of people come from all over the world every year to take a photo in front of the tower. Everyone tries to capture holding it with their hands. A construction flaw that resulted in the dangerous angle of the Leaning Tower of Pisa made it world famous. 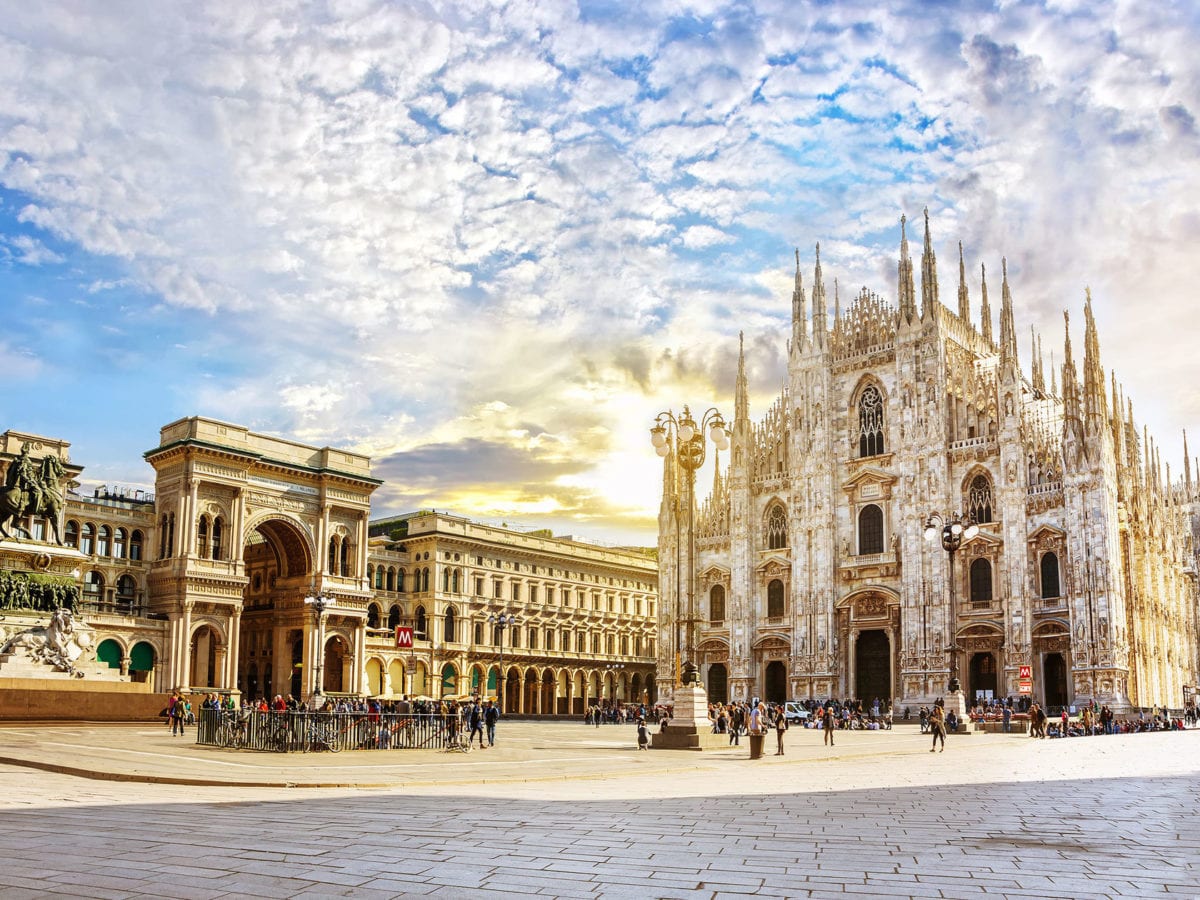 In the ranking of the largest temples in the world the Cathedral of Milan ranks fifth. But in terms of beauty it deserves the first place. The majestic and elegant building is dedicated to the Nativity of the Blessed Virgin Mary. The cathedral became a symbol of Milan and its pride. For the construction were used the best materials: white marble, bronze, gold, precious woods. To decorate the cathedral created several thousand statues, stained glass, which date back to the fifteenth century. The central figure in the temple is a golden statue of the Madonna. 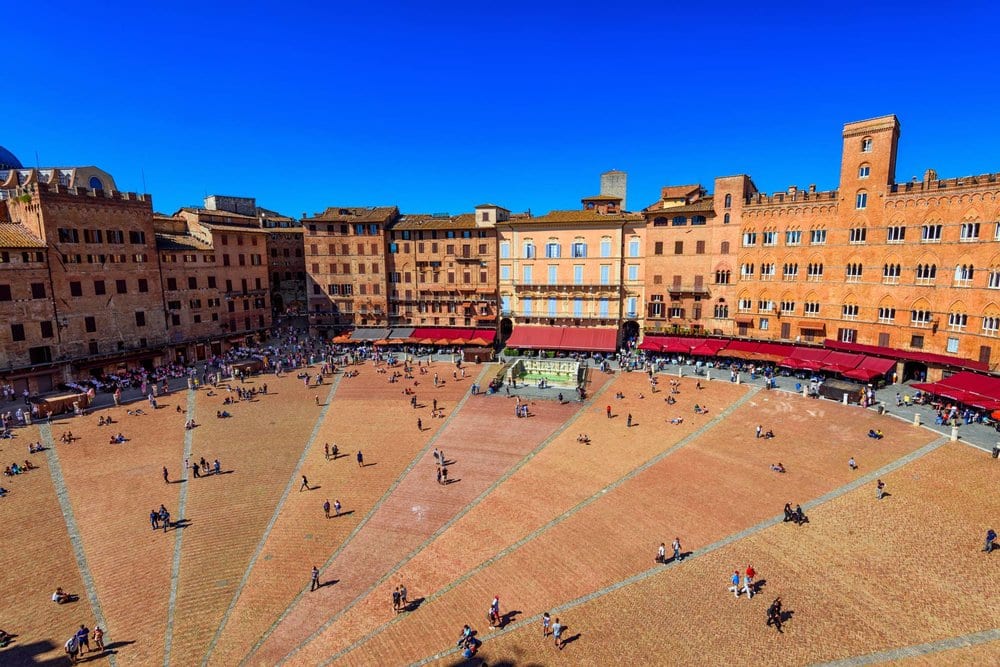 This is the most beautiful square in the cozy city of Siena. It is notable for the presence of several unique monuments of architecture. First, there is the Fountain of Joy, which dates back to the fourteenth century. The statues set around the perimeter of the fountain attract visitors from all over the world. The tallest building in Piazza del Campo is the facade of Palazzo Poglico. Today the building houses a museum and town hall. The main attraction in Siena, the horse races, take place in the square in front of thousands of spectators who have come from all over the world to see this impressive spectacle.

The Cave City of Matera 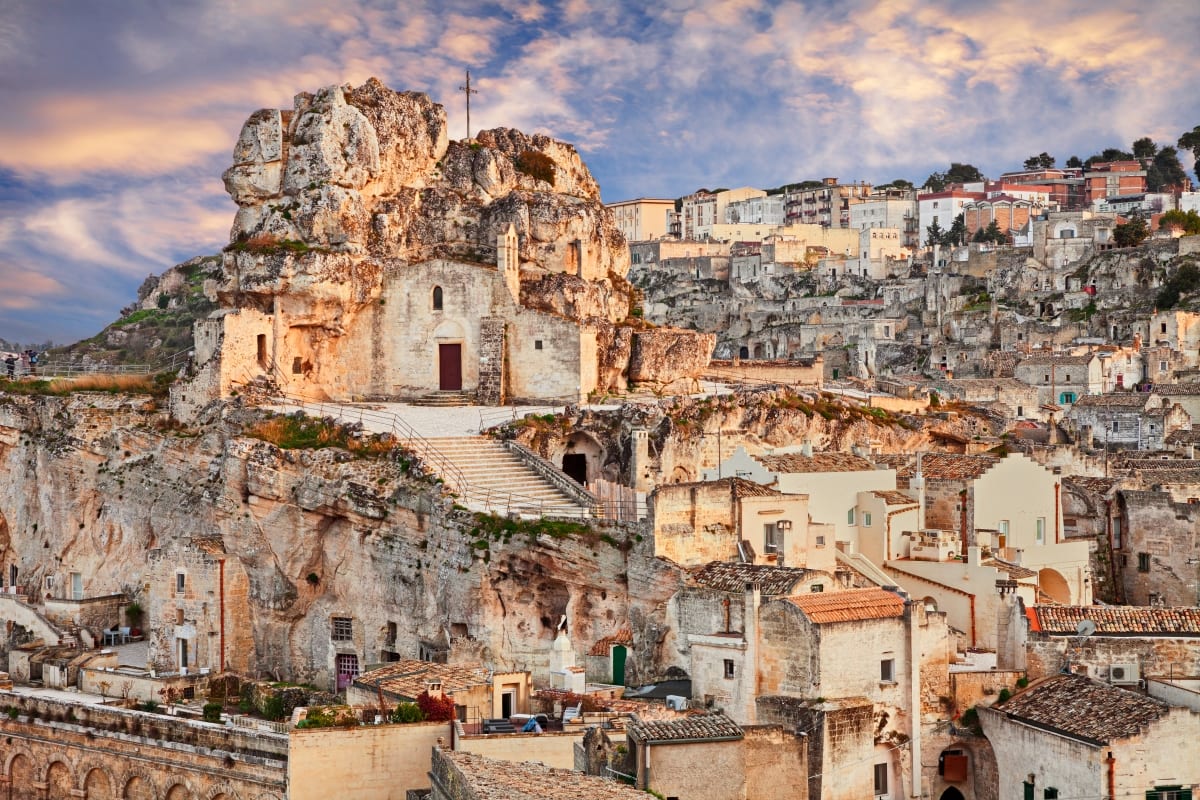 The ancient cave city is protected by UNESCO and is also a World Heritage Site. The houses, made of tufa, were inhabited until the beginning of the twentieth century. But due to the lack of sewage and running water, the locals abandoned their homes. The narrow labyrinthine streets and winding staircases give a special flavor to the ancient settlement. The cave dwellings are built on a steep cliff adjacent to the Gravina Canyon. To experience the identity of the city for yourself, visit it in the morning, at dawn.

READ
16 of England's most beautiful places to visit, Great Britain 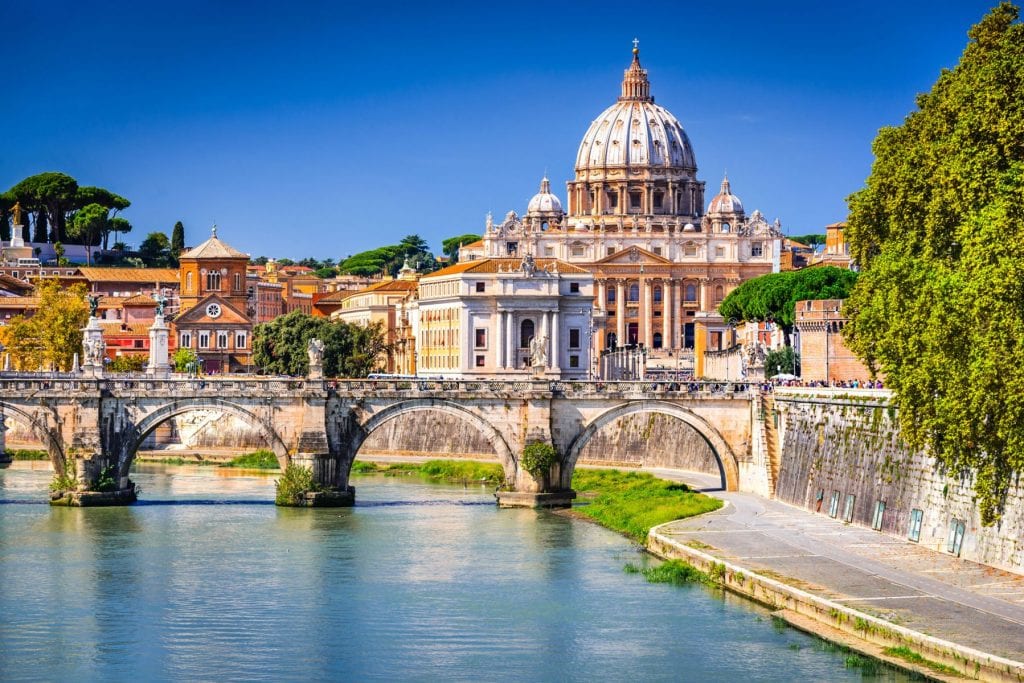 The center of the entire Catholic world is open to visit only through the gates of Rome. The Vatican is a mini state for its size, but not for its importance. Believers from all over the world want to come here to pray in St. Peter’s Basilica and see the Pope with their own eyes. Such world masters as Raphael, Michelangelo, Bernini worked on the creation of the greatest Christian cathedral. 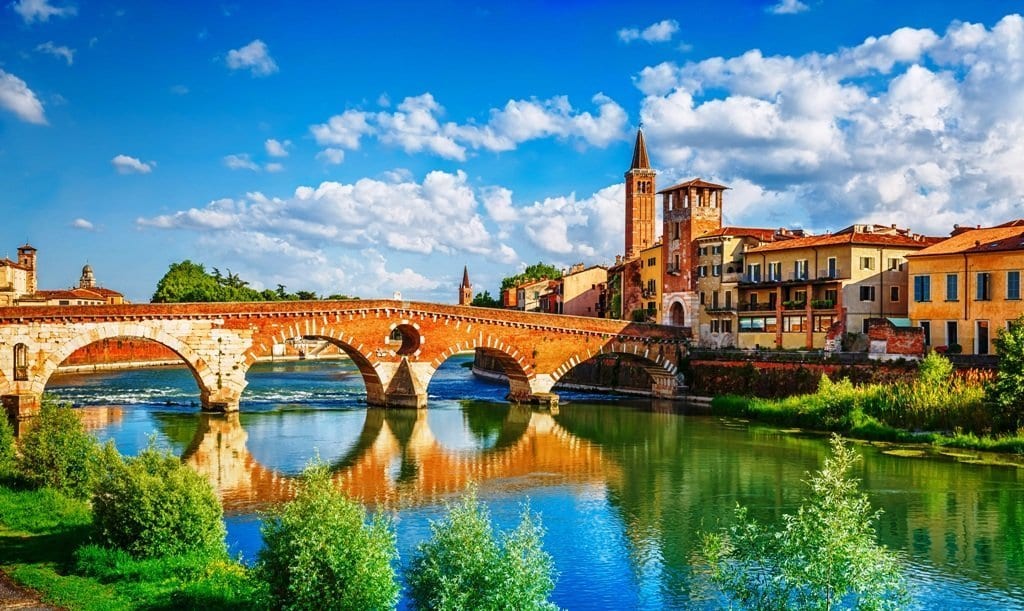