The most beautiful promenades in the world 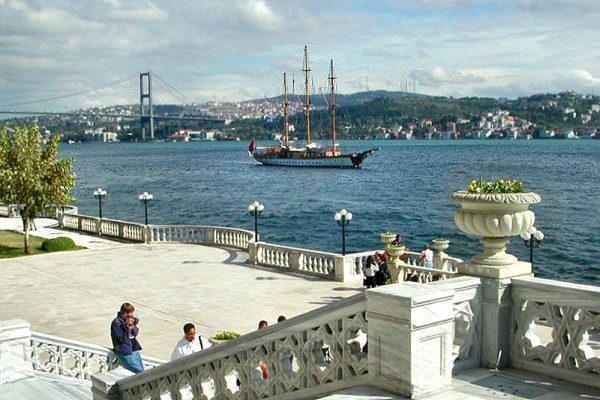 A vacation at the sea perfectly combines with a night stroll along the promenade: shining lights, romantic music from restaurants, musicians, discos, exotic cocktails and unforgettable views of the sea lagoon. Each embankment day and night in its own beautiful and unique, and you can make sure by turning on all the web-cameras on the waterfront Sochi, to see the main attraction of the city from all sides and in all its glory. 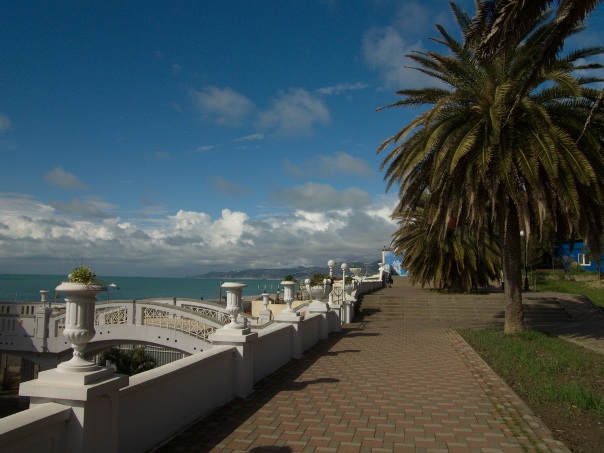 And let’s start our journey around the world with the promenade of the most romantic city in the world, Paris. What could be more romantic than a sunset over the River Seine, with the Eiffel Tower in all its glory, and the pleasant sounds of French melodies all around. Just a delightful place for couples in love, as, perhaps, and the narrow streets of the Venice embankment, where every building breathes, evaporates a note of love and charm, and every bridge is like a real work of art. Among the tourists are very popular distant embankments of Venice. And believe me, it’s much cooler than taking a gondola ride on the classic tourist route. 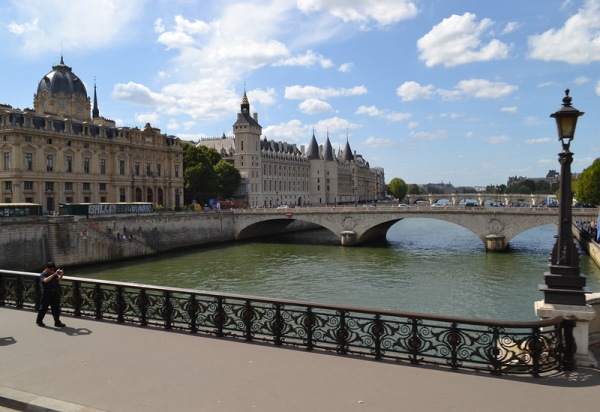 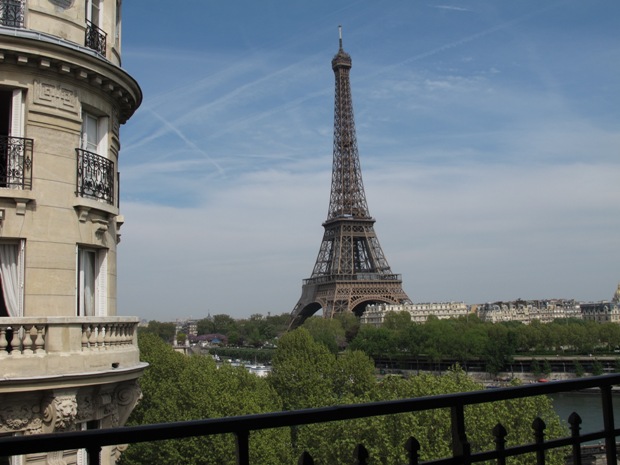 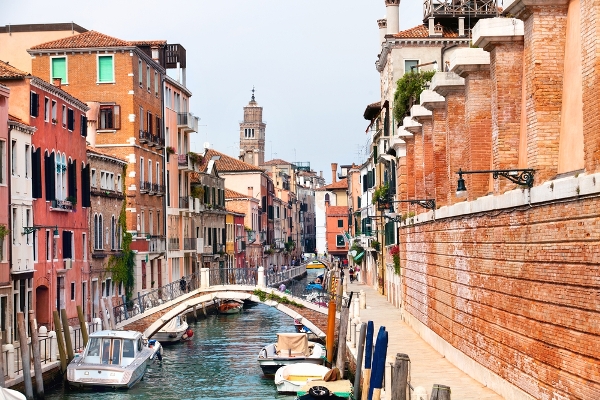 The embankment on the shore of the Bosphorus Strait, Istanbul, which is made in the traditions of Arab and Byzantine architecture, is also fascinating. The beauty is crazy! However, the waterfront of Istanbul is also a world symbol that divides Europe into East and West. 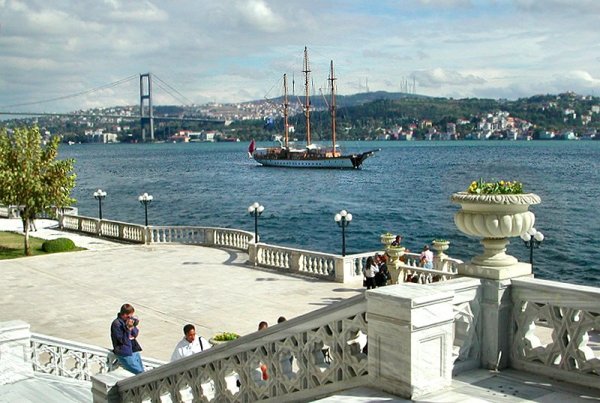 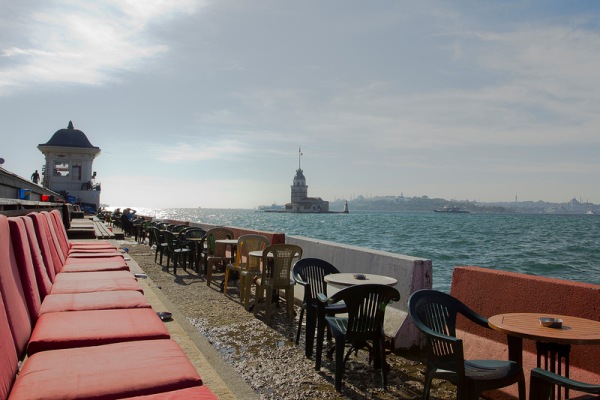 One continuous embankment can be called the city of Amsterdam: the streets along the canals just drown in greenery, and in the fall are covered with yellow leaves, in winter – snow drifts, in spring – the scents of greenery. 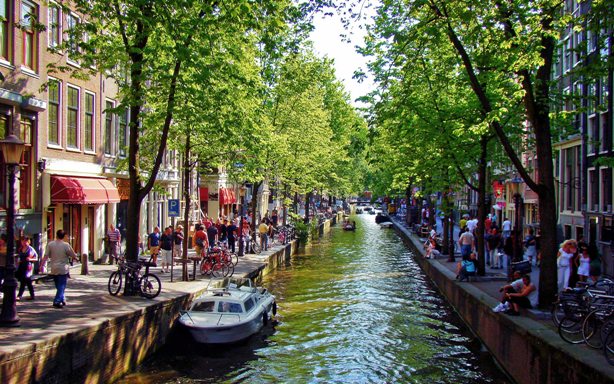 The embankment in the city of Ljubljana, Slovenia, can be described as cozy and warm – low-rise beautiful houses, grapes, curling on the walls – everything is so nice and unpretentious. 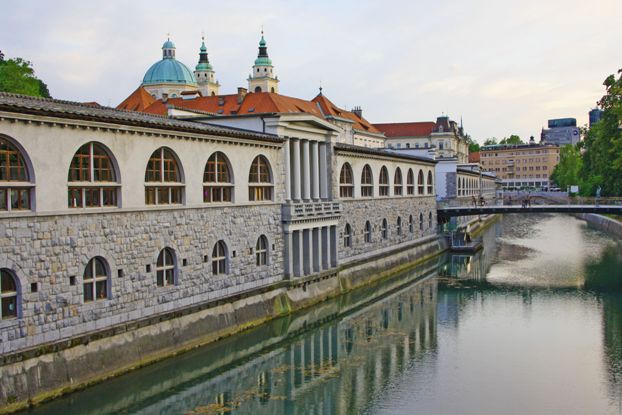 Beckons to yourself and described many times in the works of Pushkin, Akhmatova Nevskaya embankment of St. Petersburg: the Neva River and its mighty bridges. 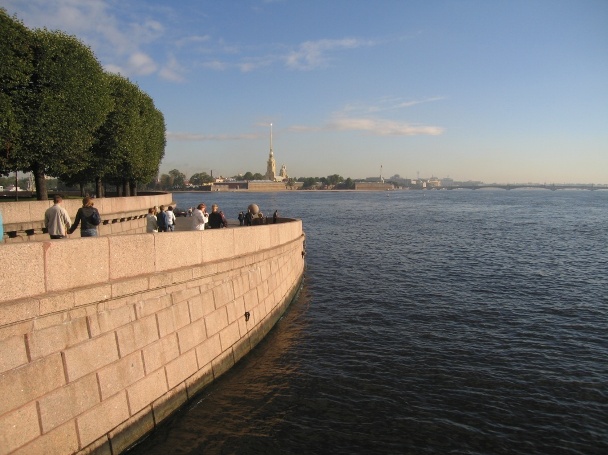 Greece is famous for its embankments, namely the picturesque embankment in Nafplion. This is a special place, which offers a view of the Burdzi Fort and the bay, and along the embankment itself stretches a long row of cozy cafes, old houses with charming balconies. Near the promontory of Akronafplia the promenade narrows and runs along the steep cliff surrounded by trees. 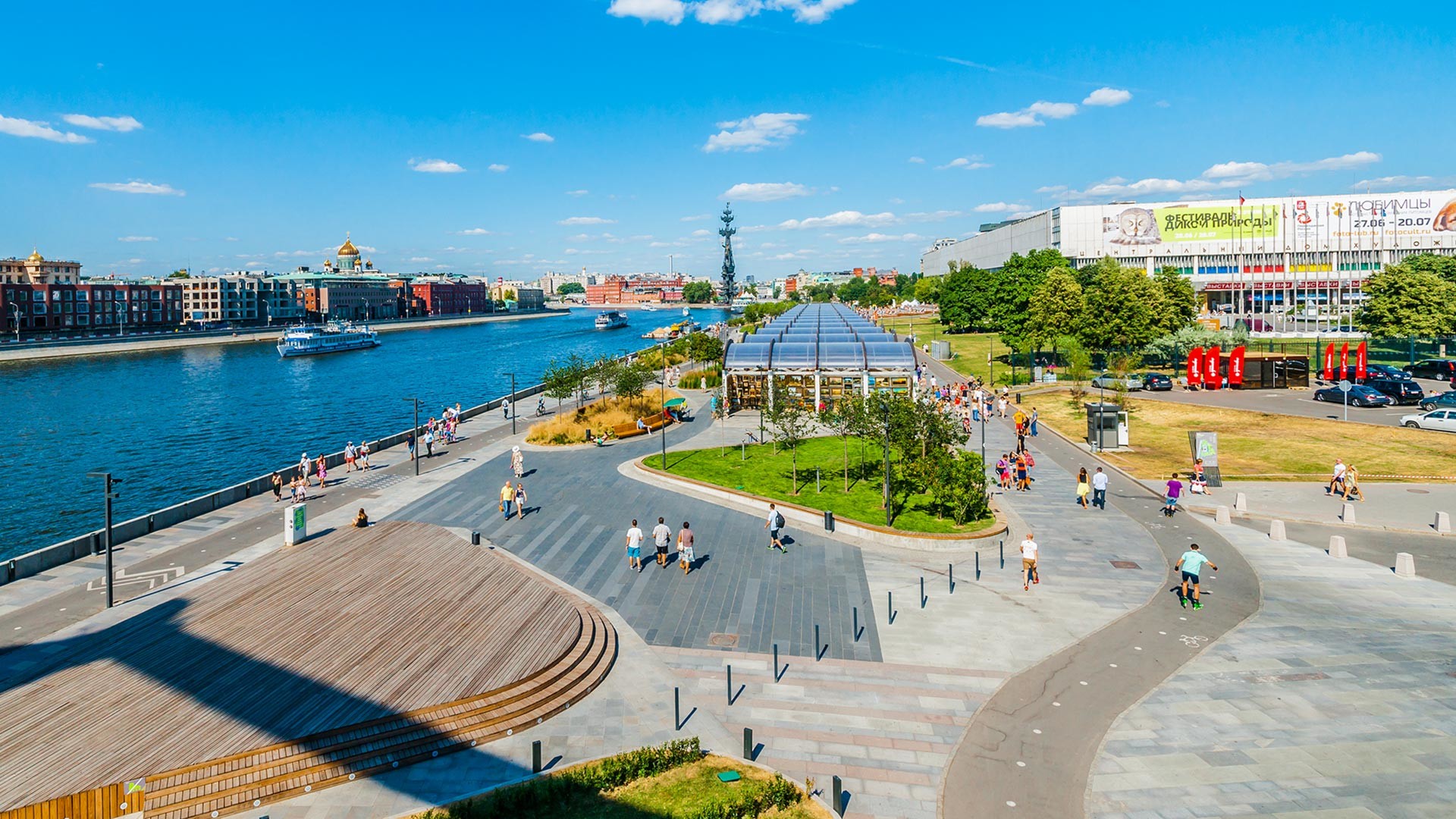 These public spaces by the water attract not only locals. They have become real urban landmarks.

1. The embankment of the Volga, Samara 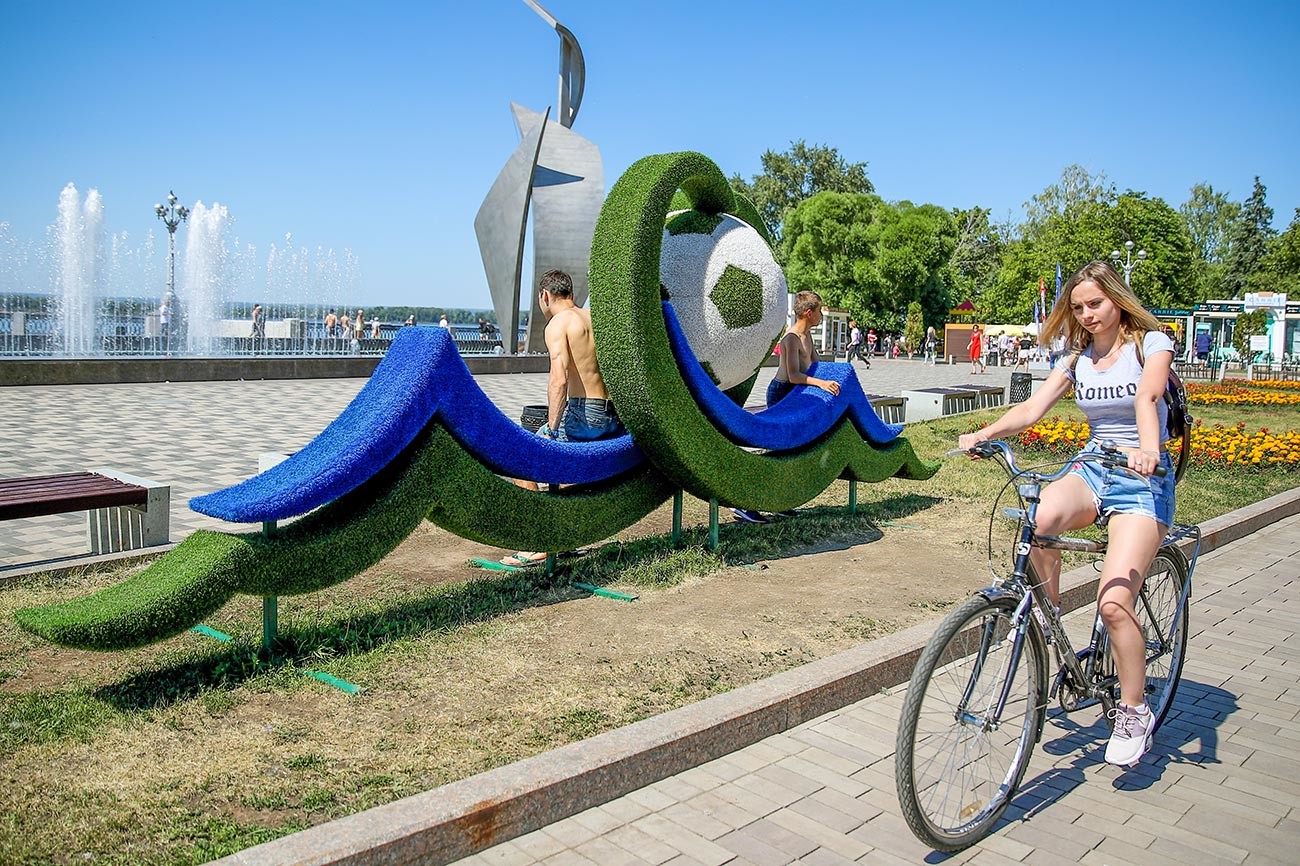 Samara embankment is officially considered to be the longest in Russia – almost 4.2 km! But its uniqueness is not only in size. 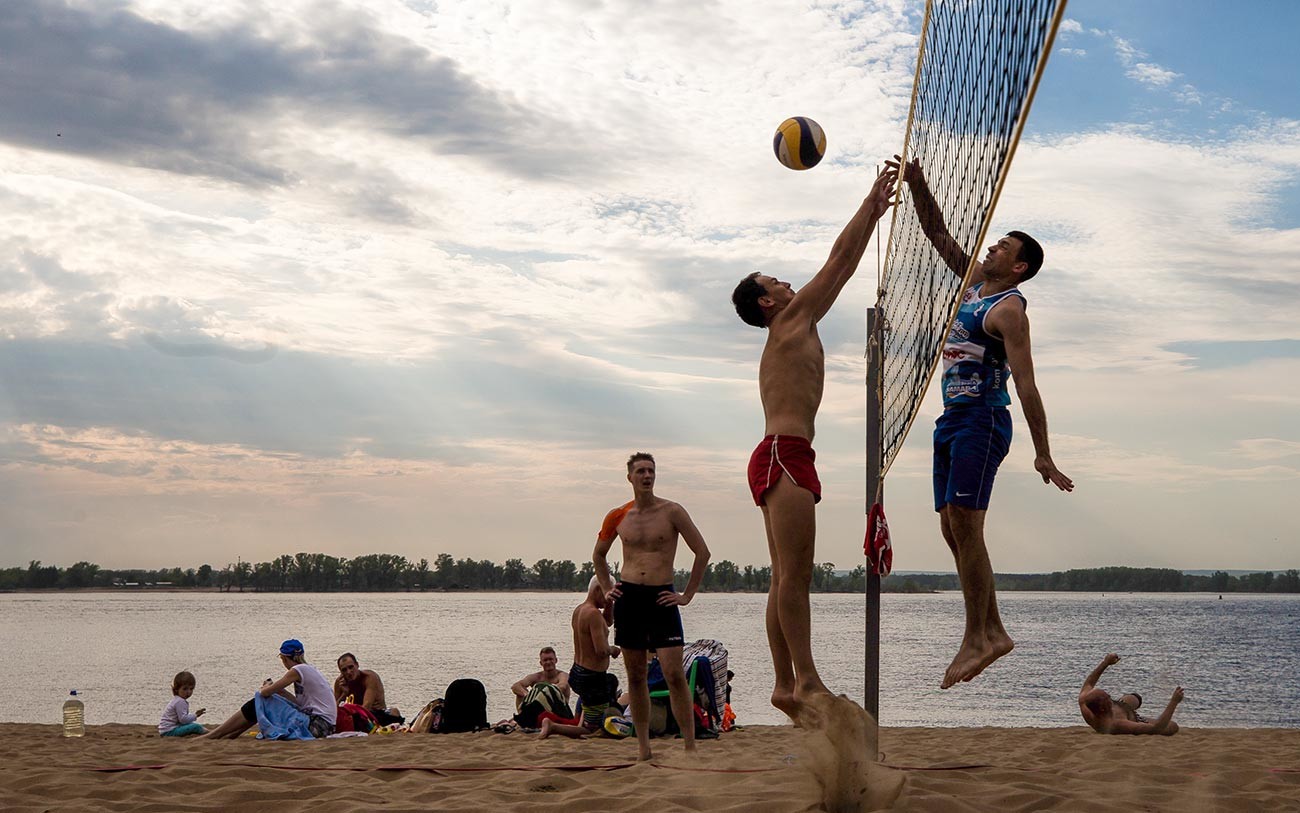 The promenade by the Volga River runs through the center of the city and is conditionally divided into four parts built at different times. There is a cozy sandy beach, where you can sunbathe or play volleyball, separate bicycle paths, summer cafes, monumental cascade stairs, conceptual art platforms, singing fountains and just beautiful views. 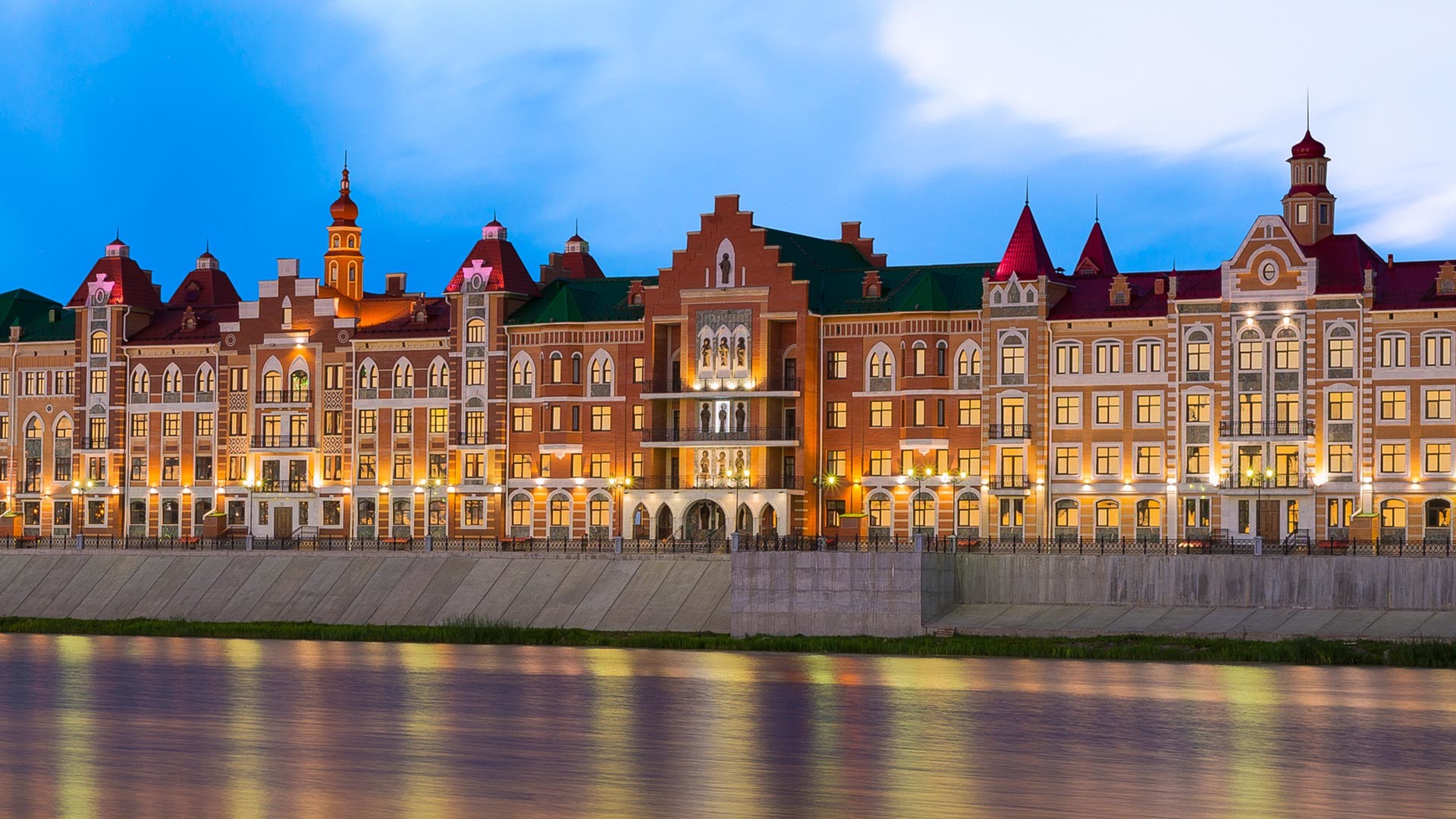 A piece of Europe in provincial Russia – that’s what tourists who have visited this city write. In fact, there are many architectural replicas of world sights here – from the Moscow Kremlin to St. Mark’s Square in Venice. The main street of the city is built in Flemish style and is named after the Belgian city of Bruges. They are housed various ministries and official agencies, although from a distance it seems that these are old European dwellings. The promenade looks especially beautiful in the evening light. 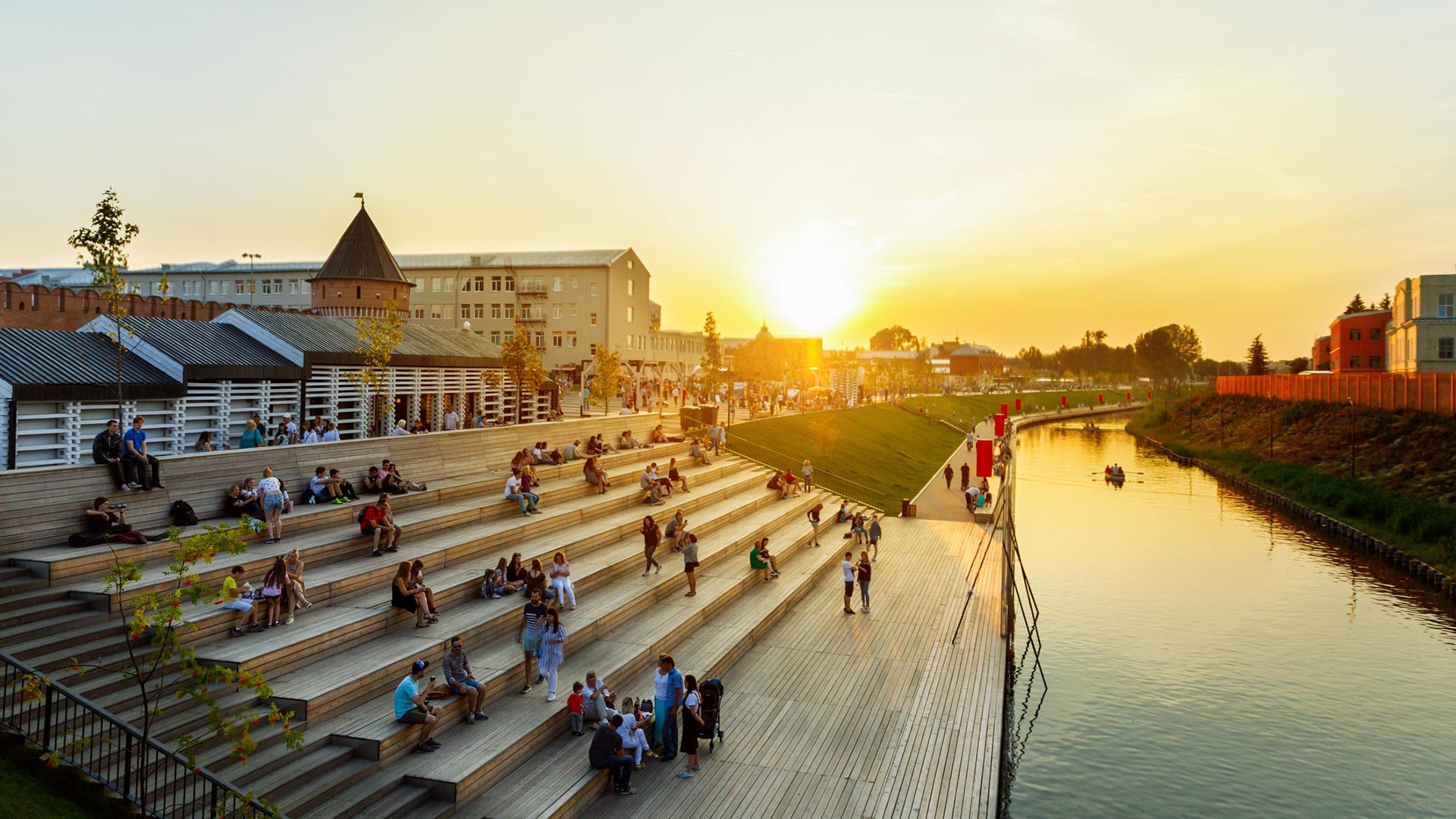 Just three years ago here was a scrap metal dump of an arms factory (by the way, the oldest in Russia). And now a modern public space has been built here by the Upa River. Now you can see the northern wall of the Tula Kremlin, walk through the Museum Quarter and relax in a wooden amphitheater overlooking the water.

READ
10 things to do in Alsace, France 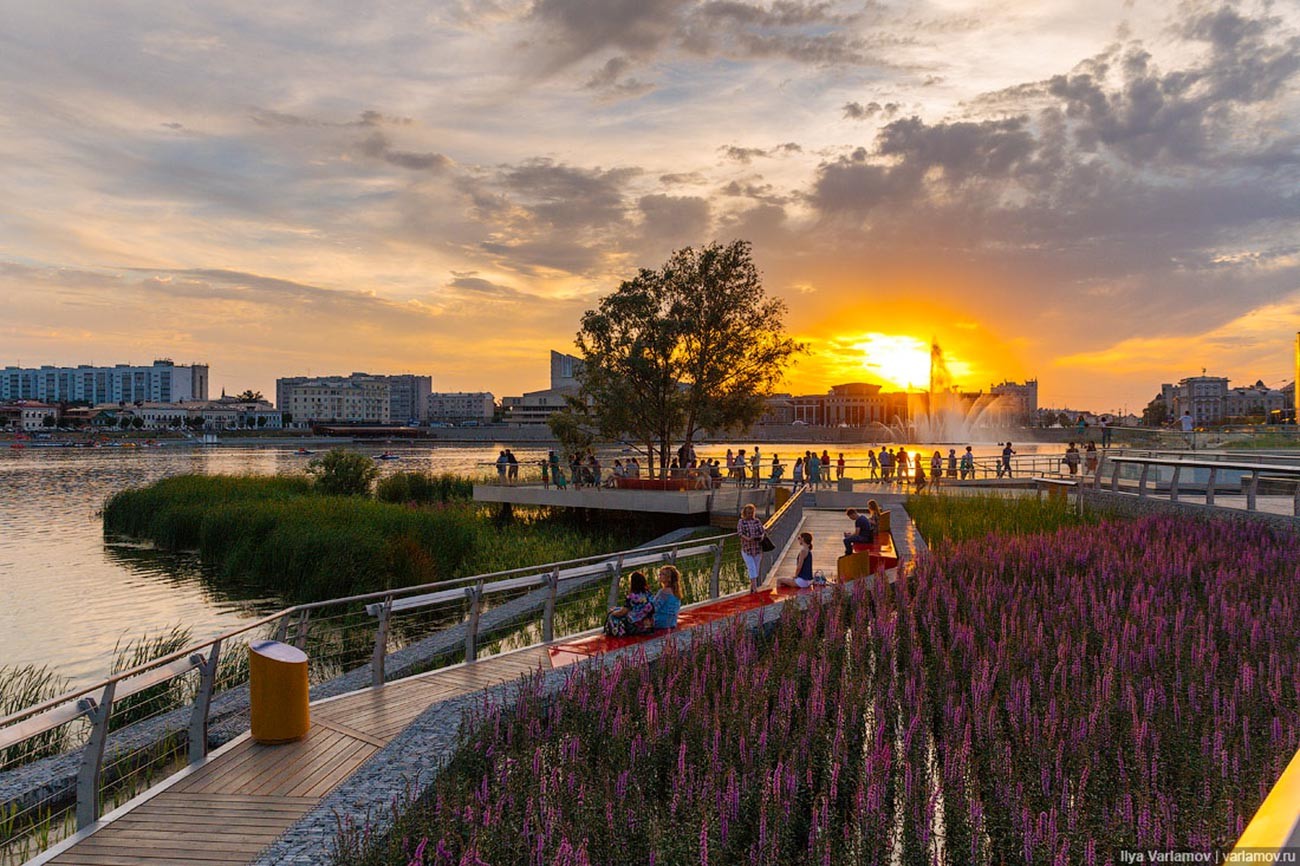 Many promenades, streets and embankments were reconstructed in Kazan for the 2018 FIFA World Cup. One of these projects was Lake Kaban in the city center. It turned out very soulful: the promenade now has a place for outdoor yoga, a water playground with a system of sluices, several secluded piers, and walkways at different levels. 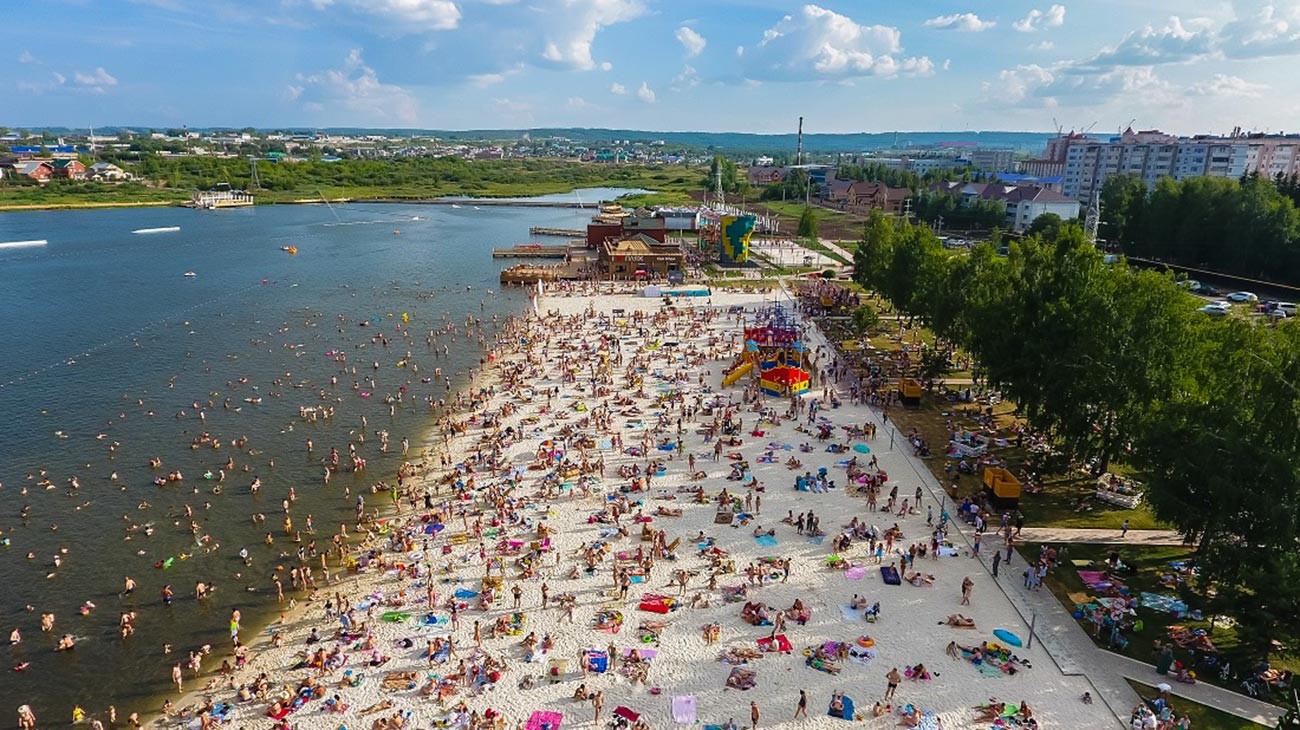 The city in Tatarstan, where Tatneft’s headquarters are located, is known as the “bicycle capital of Russia”: there is a network of bicycle lanes throughout the city, which are used all year round. But in addition, a large number of recreational facilities for all ages have been built here. Just look at this promenade by the unnamed city lake! A large sandy beach with a gentle entrance to the water, summer verandas, playgrounds and even a rock climbing area. Of course, all the city festivals are held exactly on this embankment, so you can enjoy the concert without leaving the water. 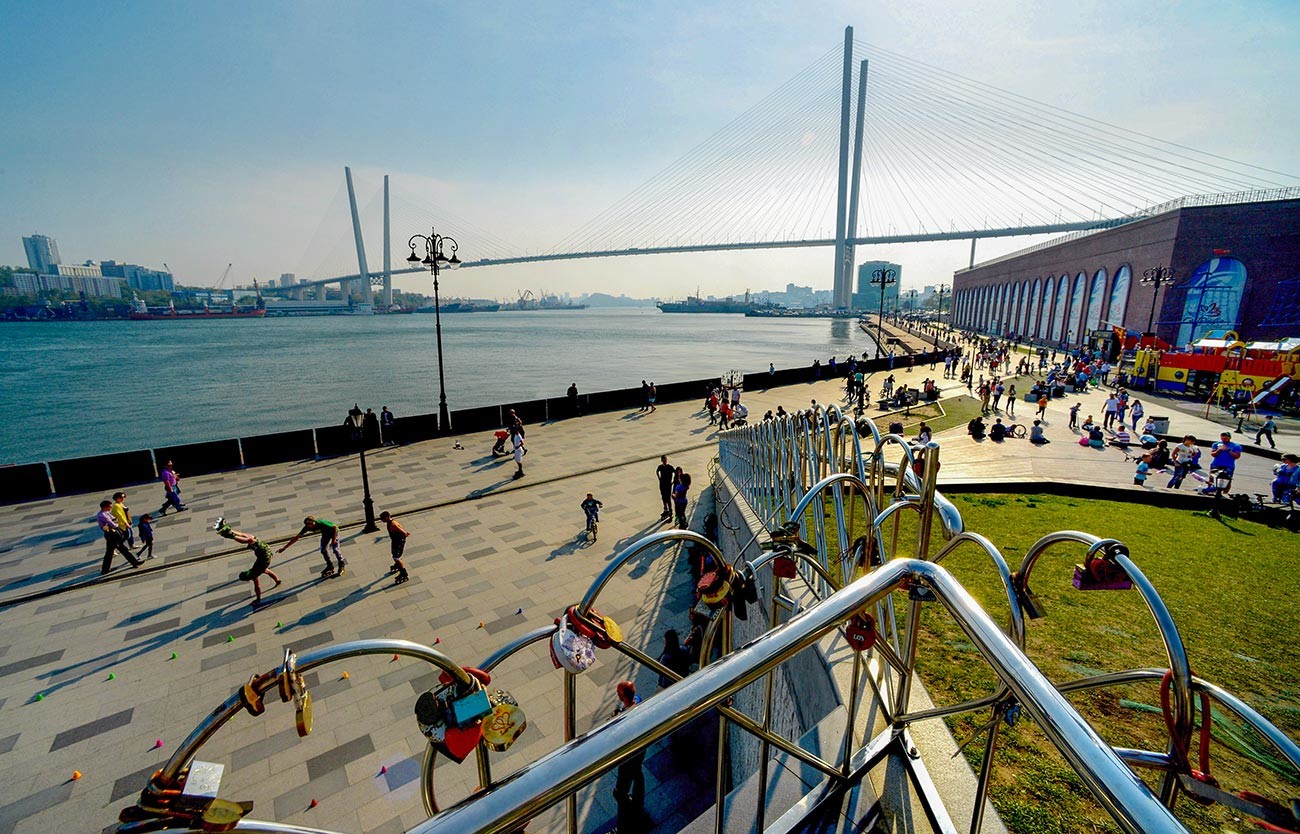 Opened in 2012, this embankment has become particularly popular among Vladivostok’s youth. There’s plenty of room for longboarding and biking, conceptual art objects like a huge chessboard and “love bridge” for fans of spectacular photos and simply stunning views of the ships in the Golden Horn Bay. 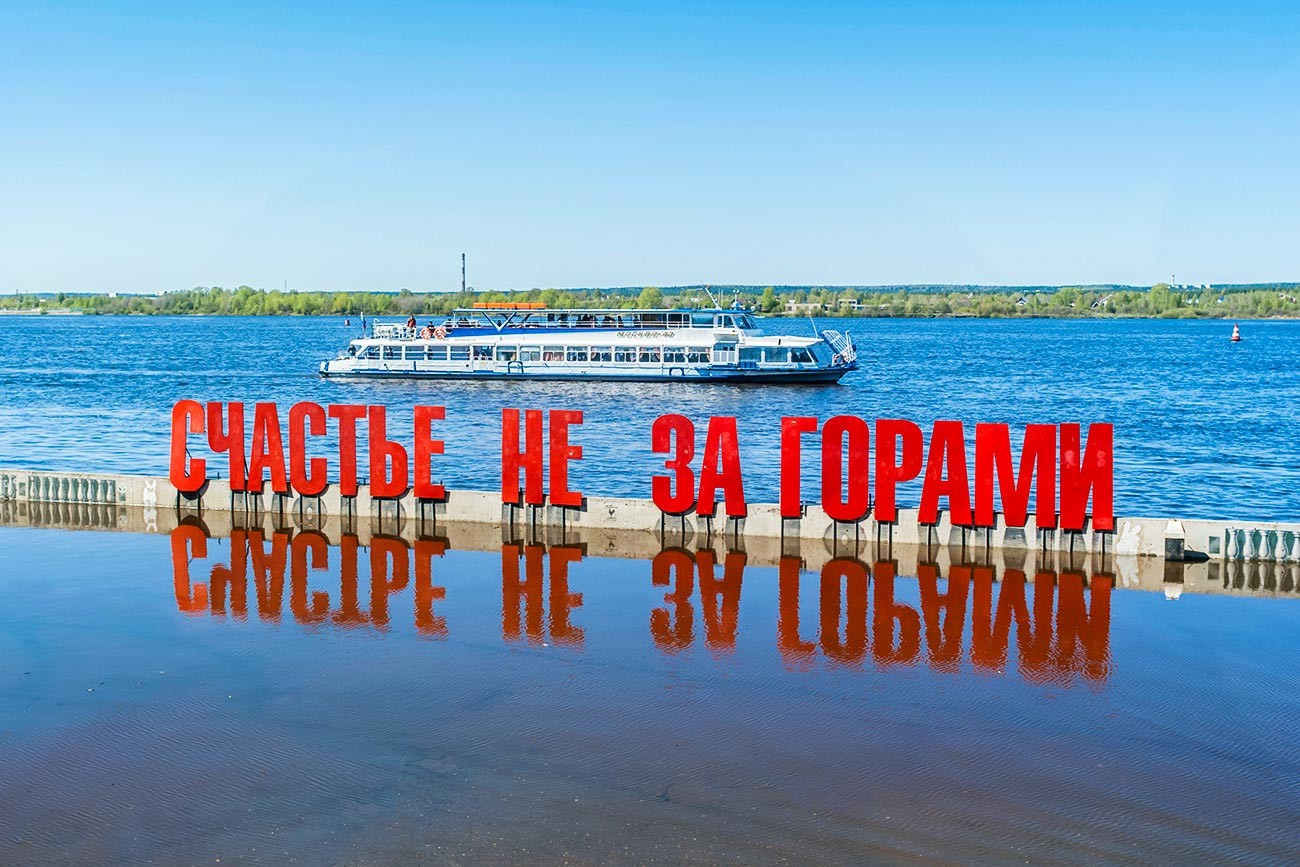 The embankment of this old industrial city in the Urals is decorated with an optimistic phrase “Happiness is just around the corner”, by which locals and tourists love to take pictures. 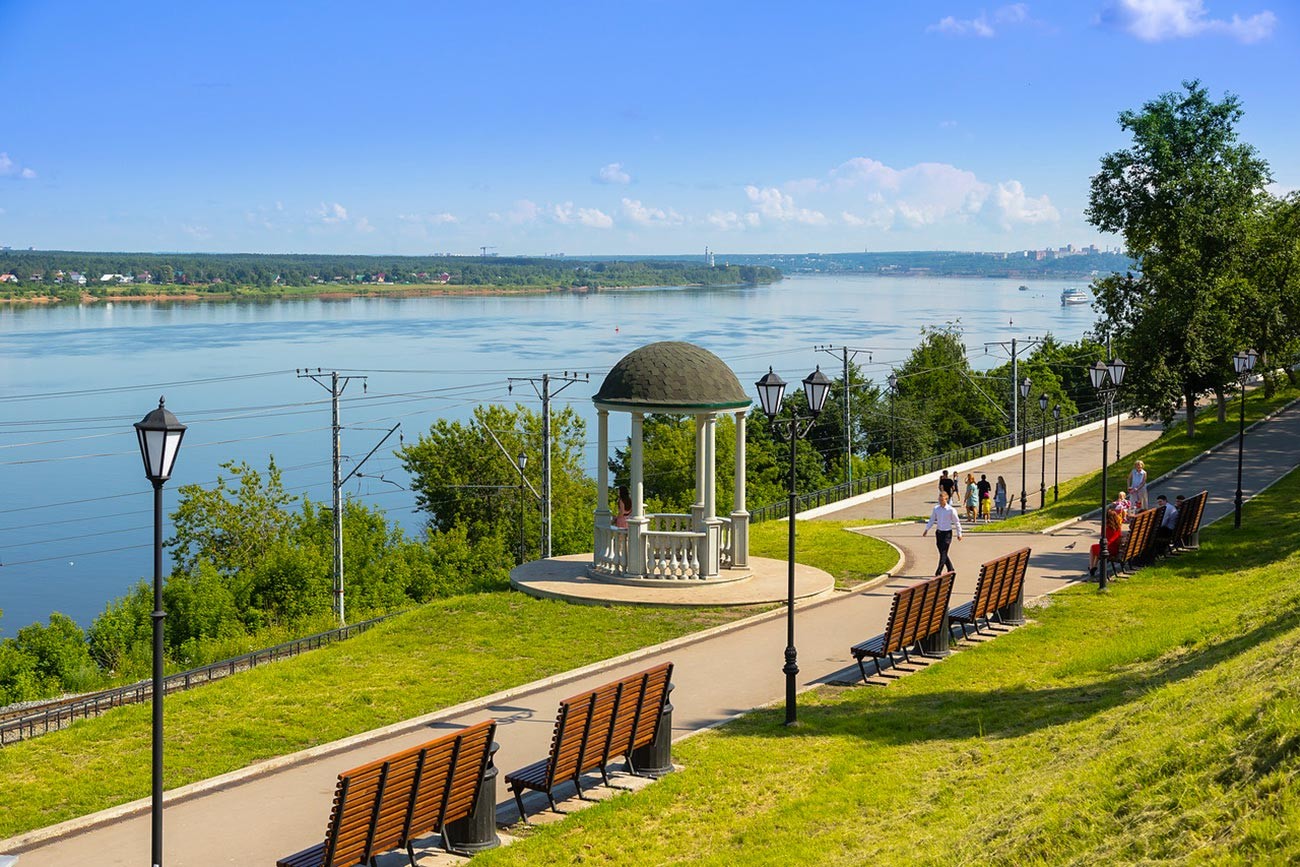 The pedestrian embankment has a zone of art objects, which change from time to time, different levels of walking paths and cozy pavilions with columns. In the evenings it is beautifully lit and there are light and music shows. 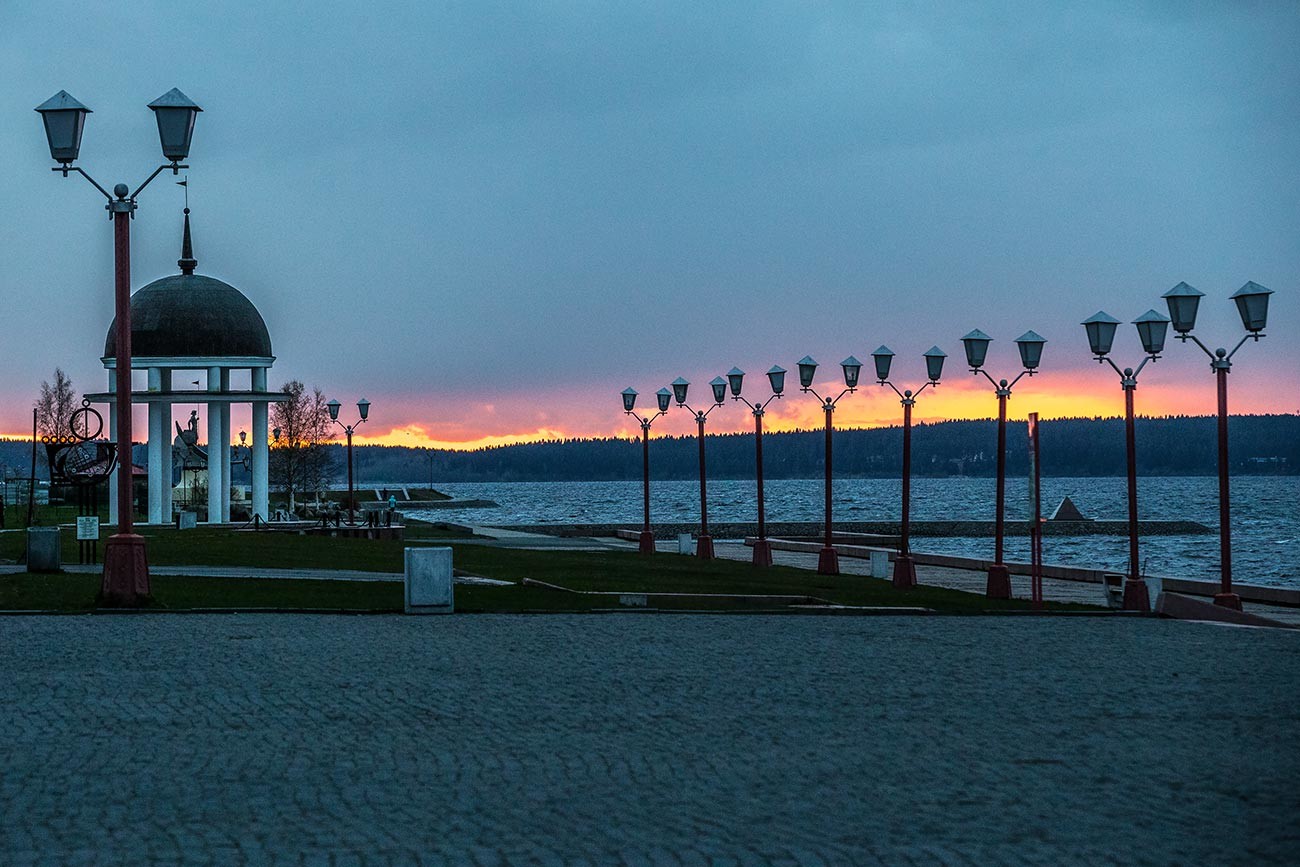 The capital of Karelia can boast neither luxurious estates, nor ancient fortresses. The main attraction of this city is the northern nature, and the architecture only emphasizes its beauty. The wide embankment of Petrozavodsk is decorated with figures of fishermen who throw their nets into the lake, abstract art objects from different countries, Karelian granite and boulders. And it is simply impossible not to fall in love with fantastic sunsets on Lake Onega! 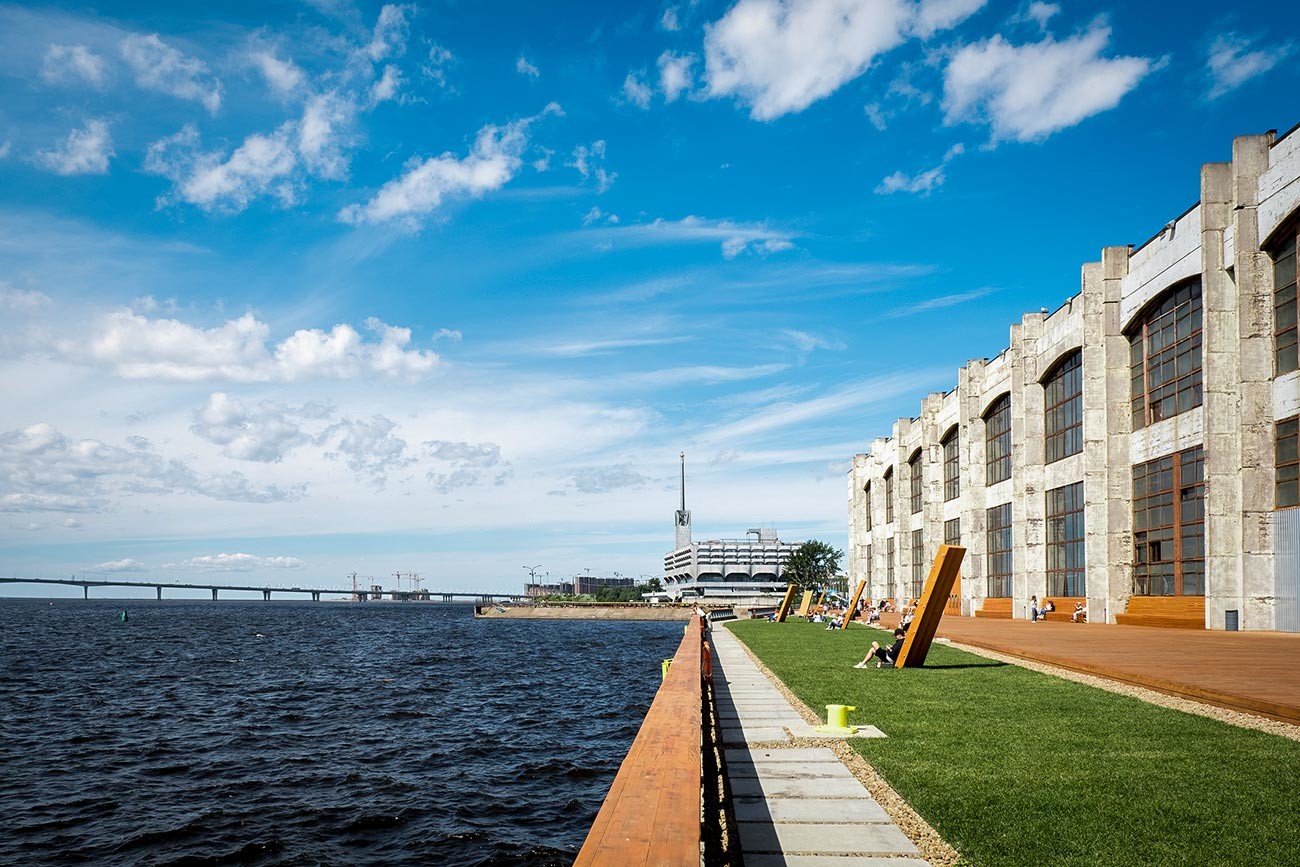 St. Petersburg is not only a city of palaces and fountains, but also a major port. And in recent years here have begun to convert former industrial sites into trendy public spaces. One such successful example is Sevkabel Port on Vasilievsky Island. The cable factory on the Gulf of Finland has become an art space where you can ride a bike along the embankment (and skate in winter), snack on a Kraft burger and lie on soft cushioned chairs overlooking the water. 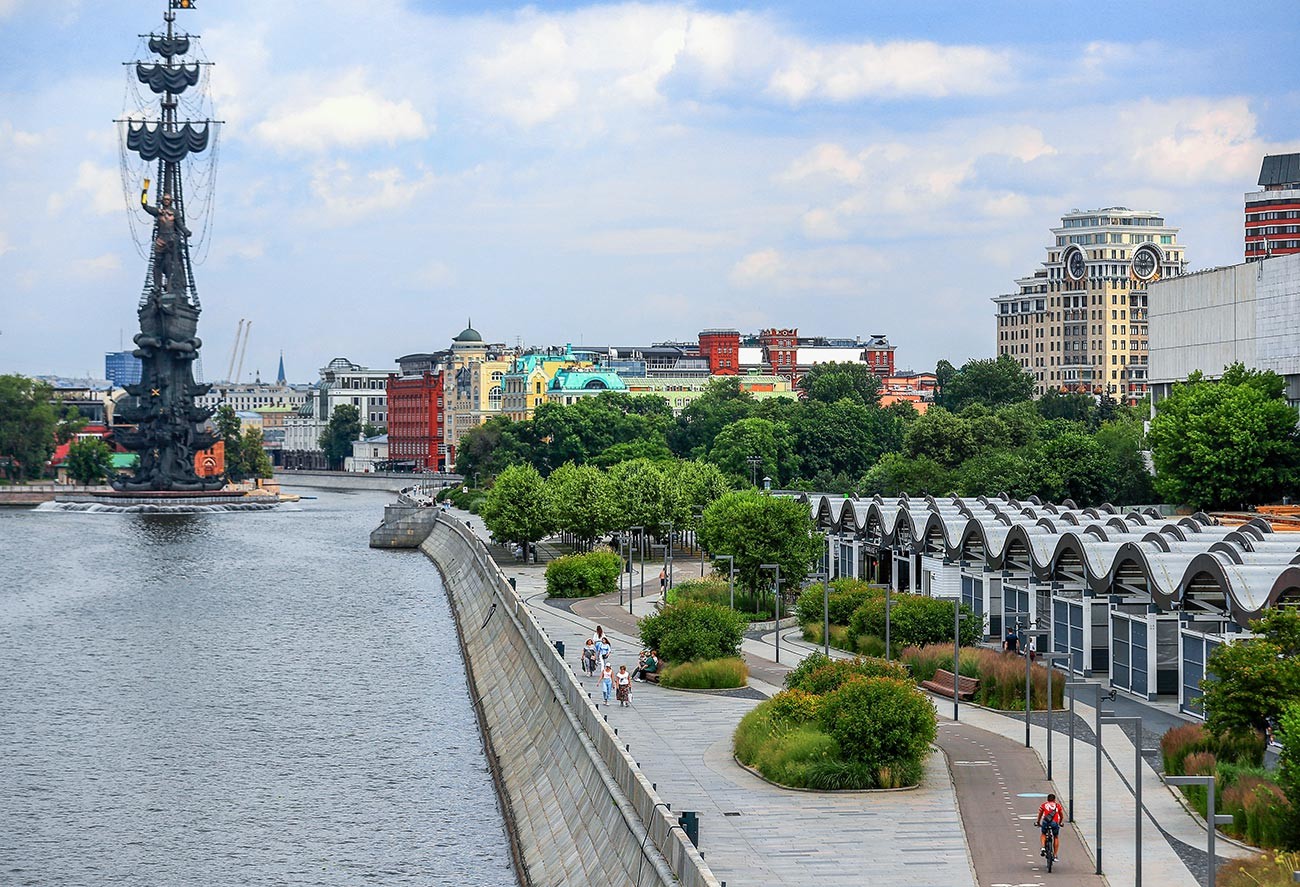 There are so many beautiful embankments in Moscow that we could talk about them endlessly. But perhaps one of the most popular with Muscovites is Krymskaya, which is located near Gorky Park and has a common bicycle lane with it. There is a park called Museon with a skateboarding area, fountains, a table games area, and an art gallery. Impossible to walk past!