20 amazingly beautiful places in the world 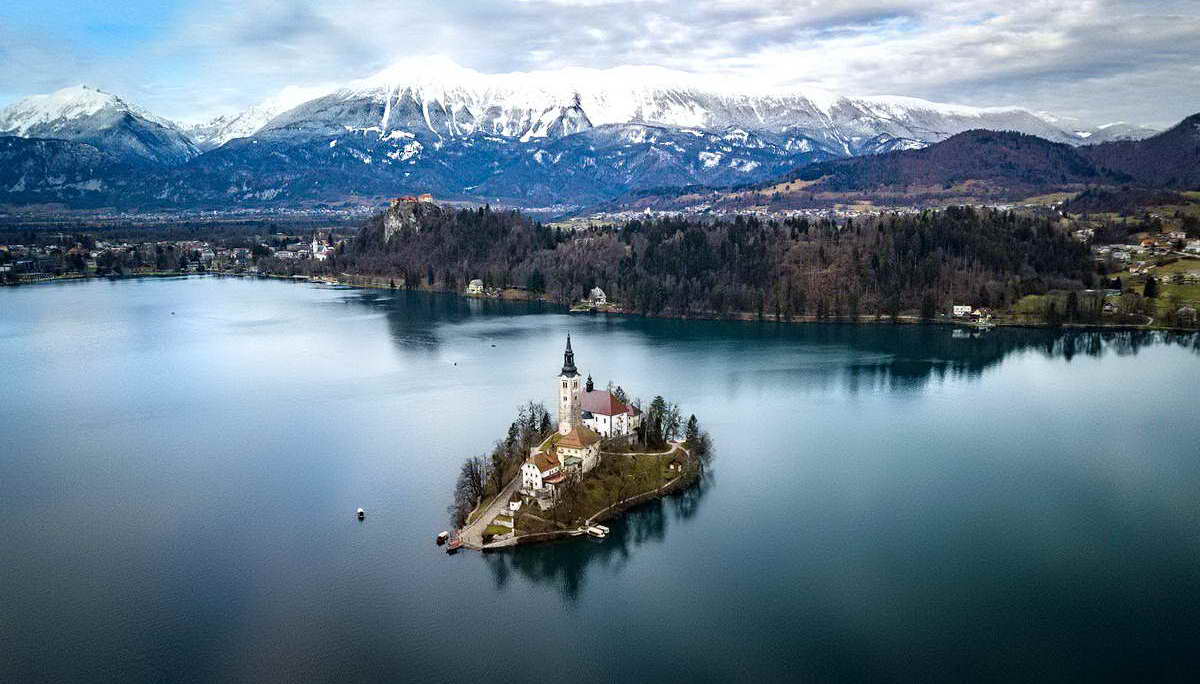 There are many wonderful places on Earth that make our planet unique. Nature has spent a lot of time and effort to give us breathtaking views. Thanks to drone technology today, we can explore unexplored places from a new perspective.

A glimpse into infinity – the Dovrefjell ridge 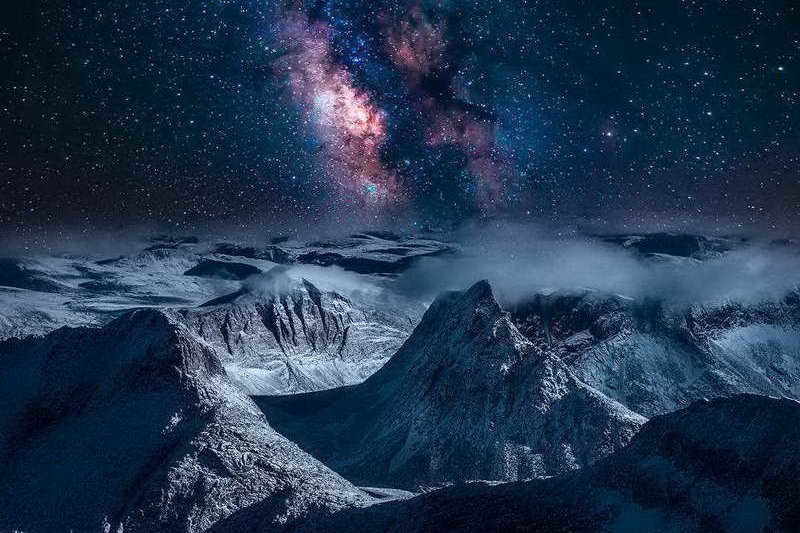 The night sky over the mountain range in Norway

A sight to behold on top of Mount Snehetta of the Dovrefjell mountain range in Norway. 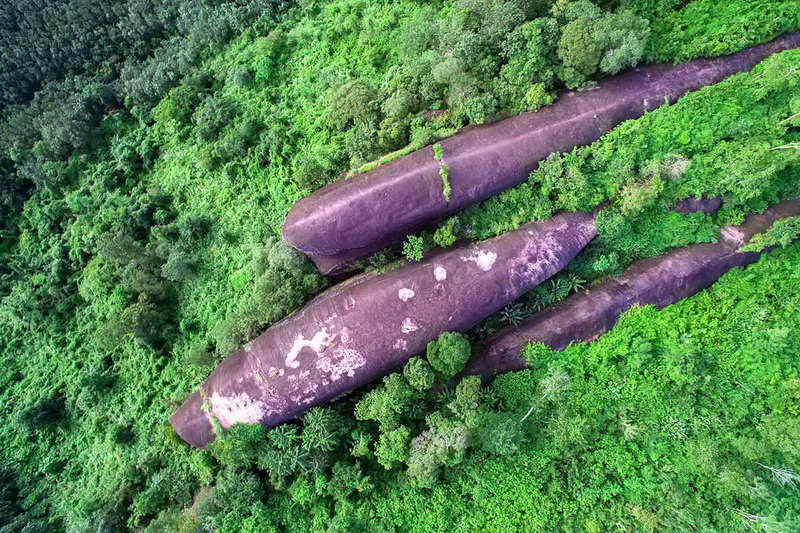 It seems as if giant whales are swimming across the vast ocean of the jungle. This is actually a geological formation 75 million years old protruding from a mountain in the province of Bueng Kan, Thailand. 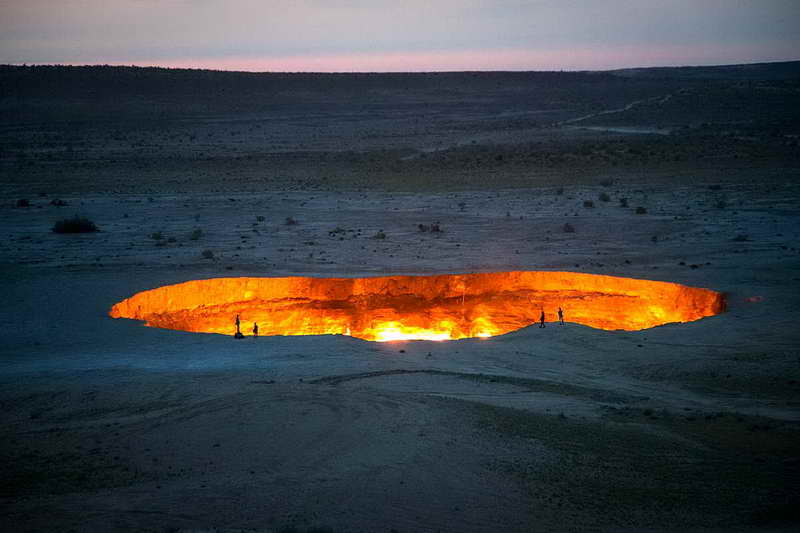 The diameter of the Darwaza crater is 60 m.

This infernal desert pit located in central Turkmenistan has been burning for over 40 years. The site, known as Darvaza, is an artificial gas crater created in 1971.

Ice sculptures of the Arctic 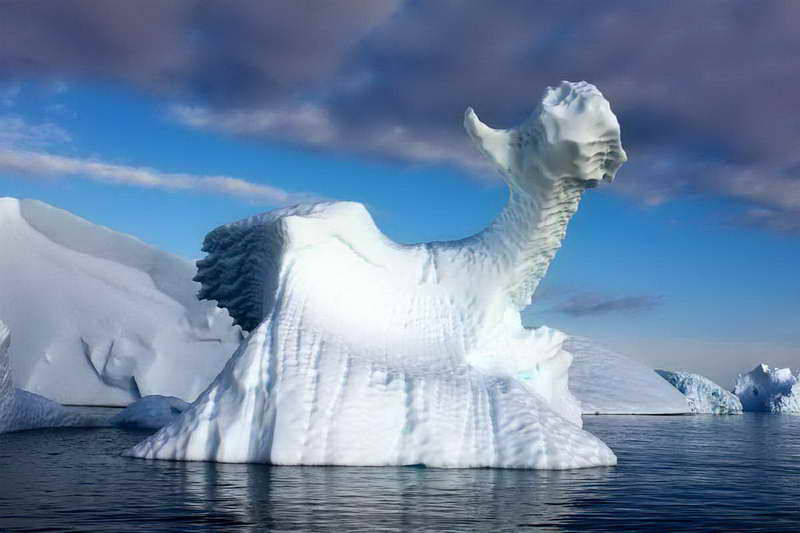 Iceberg in the Arctic

Despite the relentlessly harsh weather, there are moments of pure amazing beauty in the Arctic. 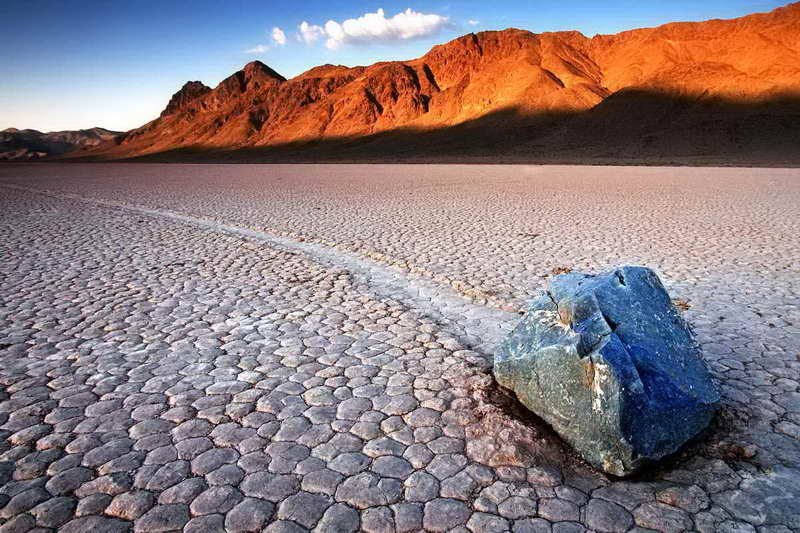 Moving rocks at the bottom of dried-up Racetrack Lake Playa

Located in a remote part of California National Park, large rocks seem to move across the surface, leaving a trail at the bottom of a dried lake. 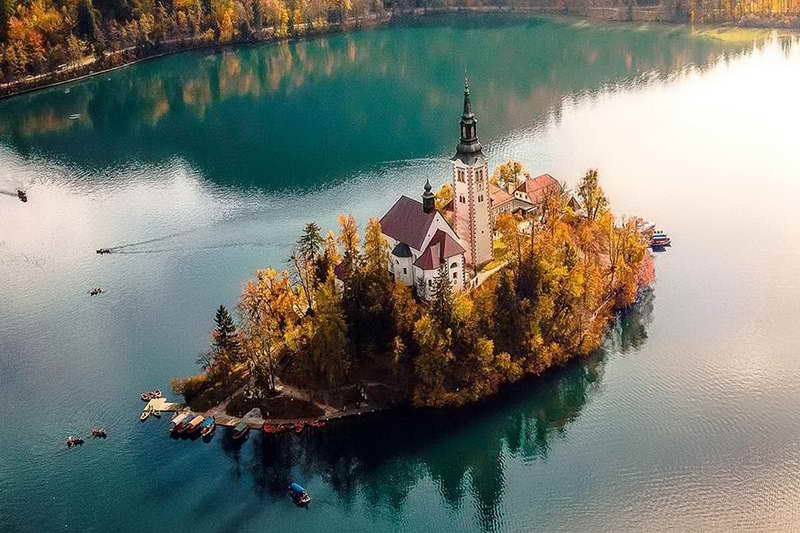 A piece of land with a temple on Lake Bled, Slovenia

The small island on Lake Bled (Blejsko) is an important representative of the cultural and natural heritage of Slovenia. It is home to the Church of the Assumption of the Virgin Mary, best known for its bell. History has it that by ringing it, secret wishes can be fulfilled.

READ
Taormina, Italy: what to see

Tumpak Sewu seems to consist of many separate waterfalls merging into one horseshoe-shaped system. In addition to the waterfall, an active volcano in the background makes the area one of the most unique places on Earth. 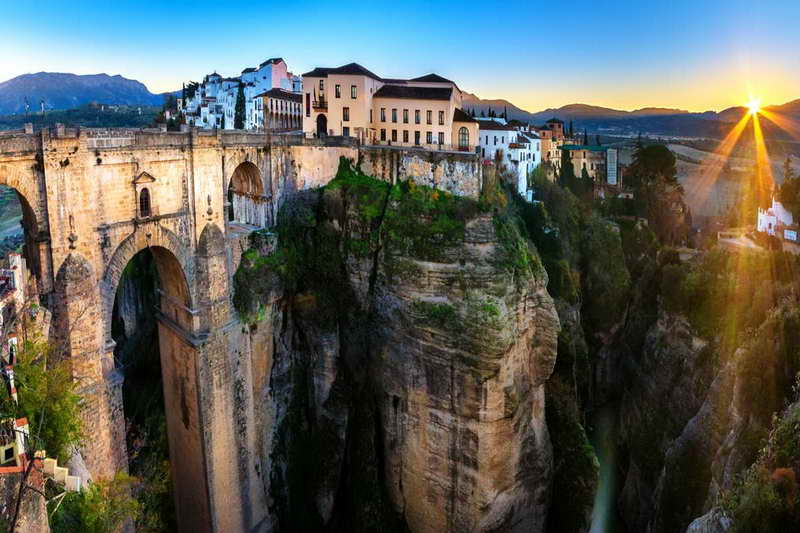 The city over the abyss of Ronda is certainly one of the highlights of Andalusia. In particular, the Puente Nuevo, a beautiful old stone bridge built in 1793 that took 42 years to build. 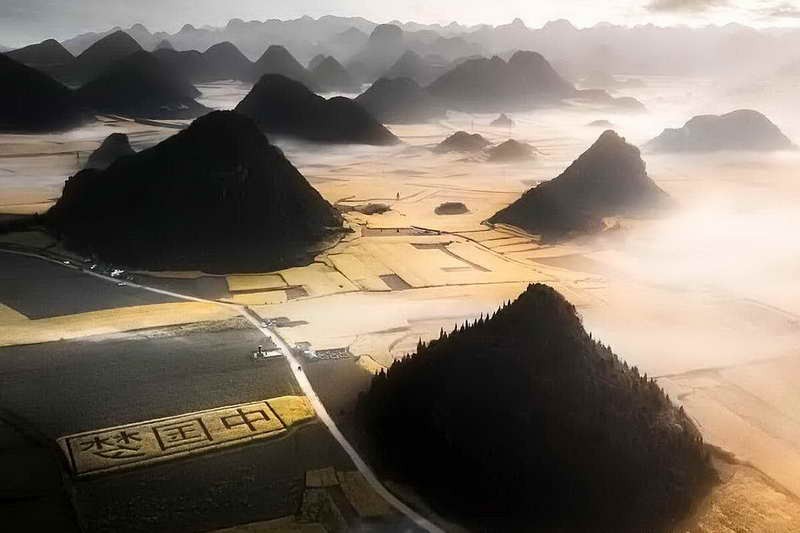 Every spring, a small part of Yunnan province is covered with canola flowers. This province is famous for its varied landscapes of snow-capped mountains, rice terraces, lakes and dark canyons. 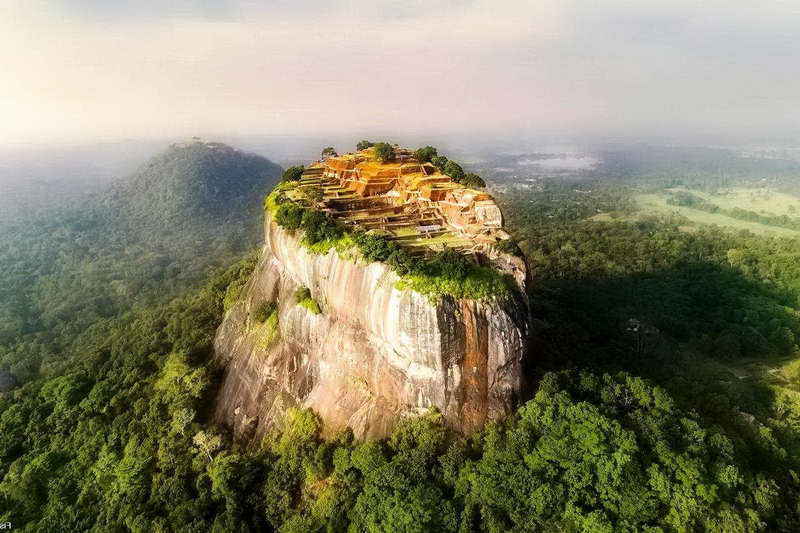 Locals call Sigiriya the eighth wonder of the world.

The rocky plateau of Sigiriya rises 200 meters above the surrounding jungle. The king of Sri Lanka built this extraordinary stone celestial fortress centuries ago. On the plateau are the ruins of a ruined palace surrounded by an extensive network of fortifications, large parks, rivers, canals, alleys, and fountains. 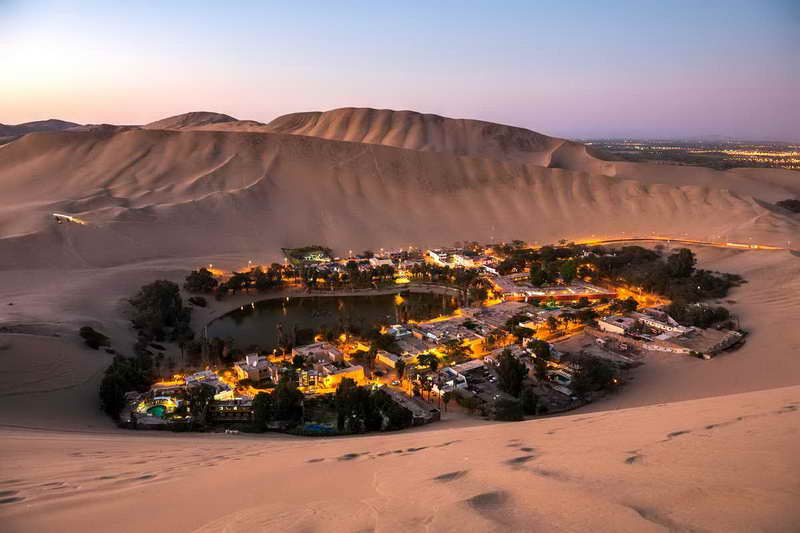 Hidden among the sand dunes of the Ica Desert in Peru, the oasis is a green island surrounded by tall palm trees whose shade provides a refreshing respite from the scorching sun. The Huacachina Oasis is a geological wonder and one of the most interesting tourist attractions in Peru. 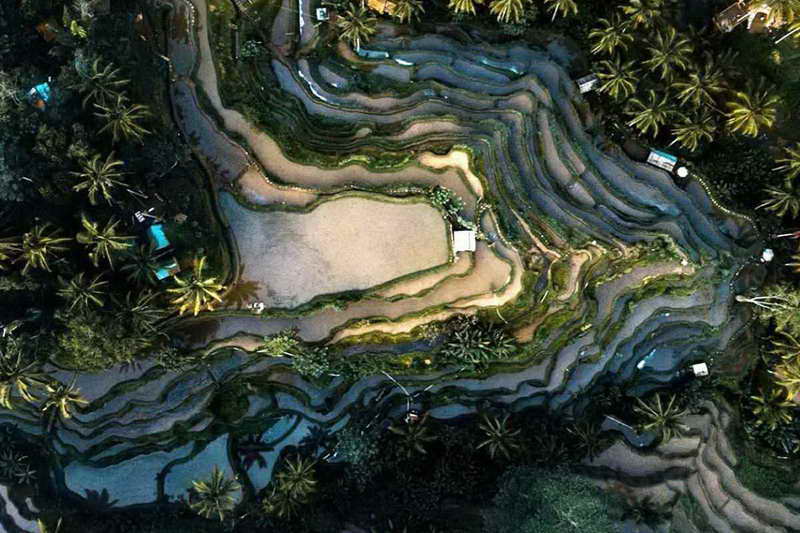 People may not have even realized that they had created art. Some scientists argue that rice terraces on mountain slopes are bad for the environment, but it is nevertheless an amazing form of farming. Farmers used the area to their advantage, creating landscapes of unexpected beauty. 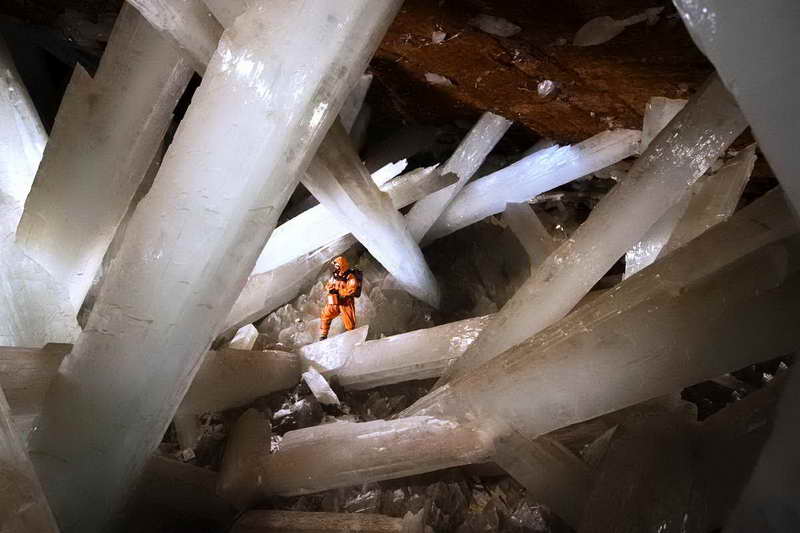 The giant crystals were discovered in 2000 after a mining company drained water from a cave 300 meters deep in Chihuahua, Mexico. Attached to the walls of the cave, the crystals have undergone at least half a million years of continuous growth. 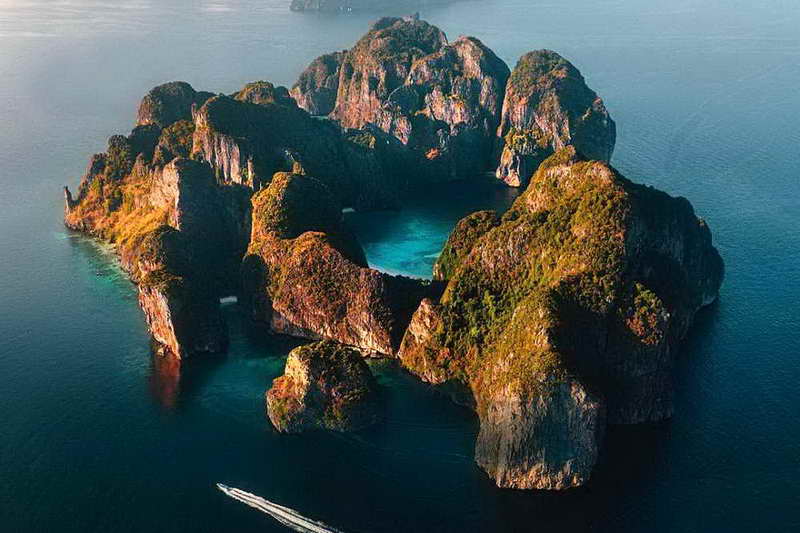 Maya Bay, a stunning cove made famous by the 2000 movie “The Beach” starring Leonardo DiCaprio. Surrounded by tall limestone cliffs, this small bay has become a prime example of the ecological destruction caused by excessive tourist traffic. Maya Bay is currently closed and will likely open in 2021. 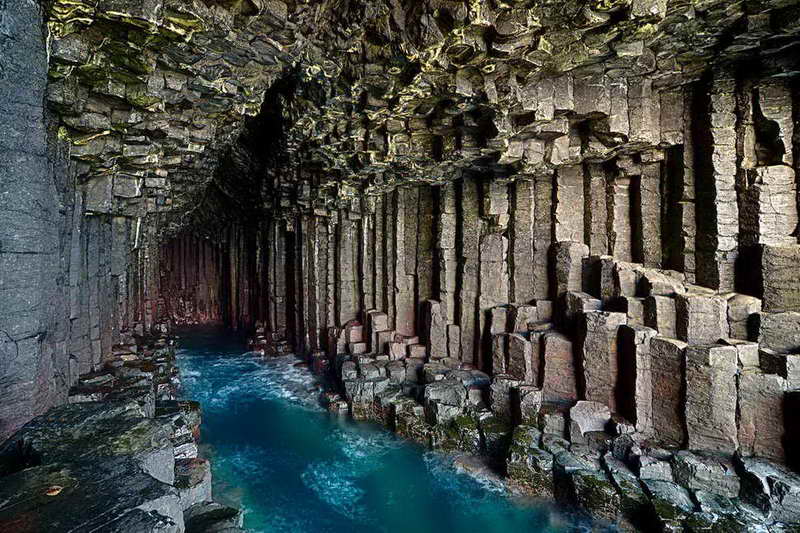 Fingalow or Melody Cave in Scotland.

Hexagonal basalt columns up to 20 meters high decorate the interior walls of Fingalow Cave, evoking scenes from fantasy movies. Sir Walter Scott described Fingalow Cave in Scotland as one of the most spectacular places he ever set foot in. 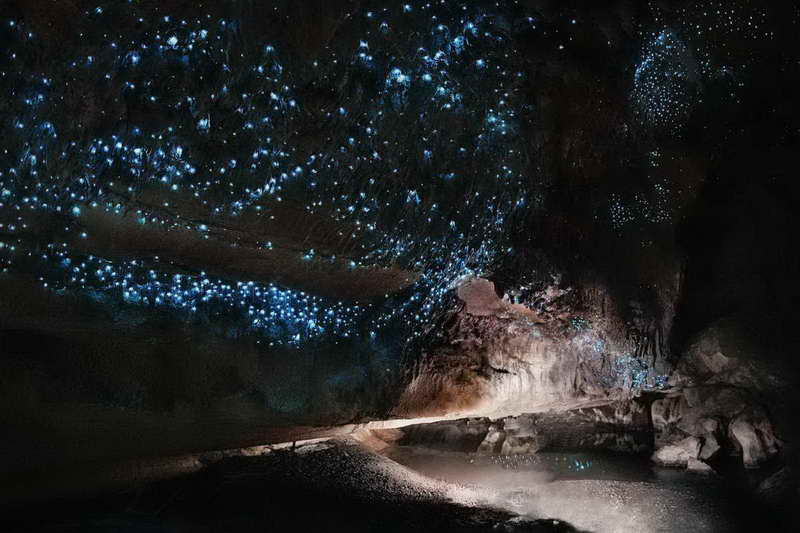 The depths of Waitomo Caves are home to millions of fireflies that live exclusively in New Zealand. The insects emit blue and green light to attract prey, thus creating a starry sky effect in the cave. 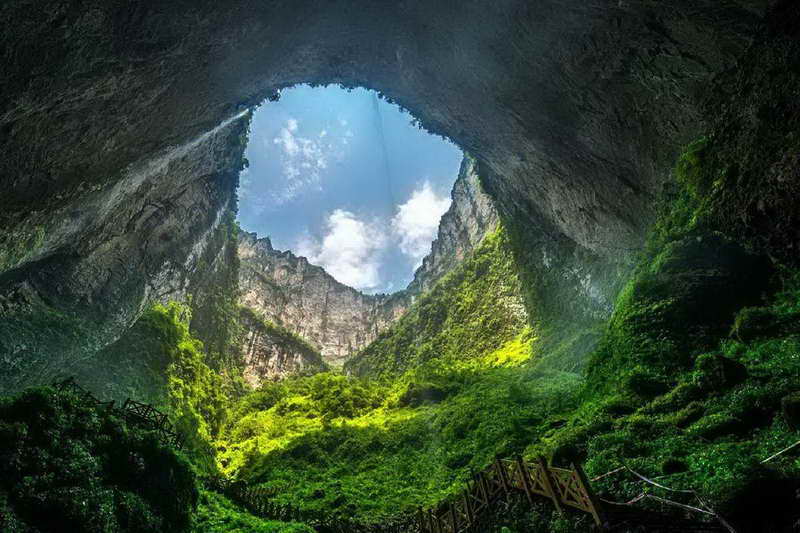 The deepest sinkhole on the planet, Chongqing, China

The Xiaojai Tiankeng sinkhole, exposed in 1994, is about 700 meters deep. Since its discovery, the hollow has captured the imagination of cave hunters, archaeologists, and curious visitors from around the world. A total of 1,285 plant species and many rare animals, such as the smoky leopard, have been found in the sinkhole.

Sunrise over the Andes – Peru

Sunrise in the Peruvian Andes.

One of the most beautiful places on earth to watch the sunrise is the Cordillera Blanca mountain range in Peru. It stretches about 200 km and is the most extensive tropical snow-capped mountain range.

READ
How tourists are annoying: revelations of locals from different countries 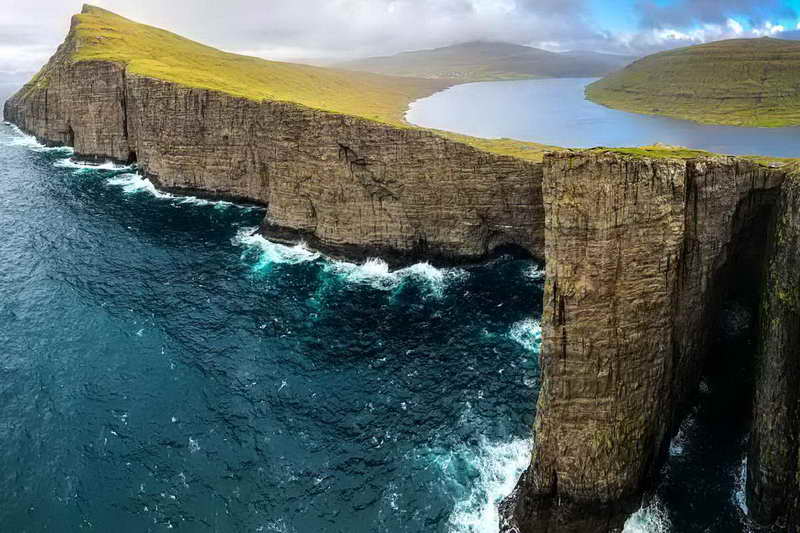 Secluded, rugged, barren and open to the weather, the Faroe Islands are a place of iconic beauty and natural pride in Denmark. The Faroe Islands were formed 65 million years ago and are mostly composed of basalt lava. 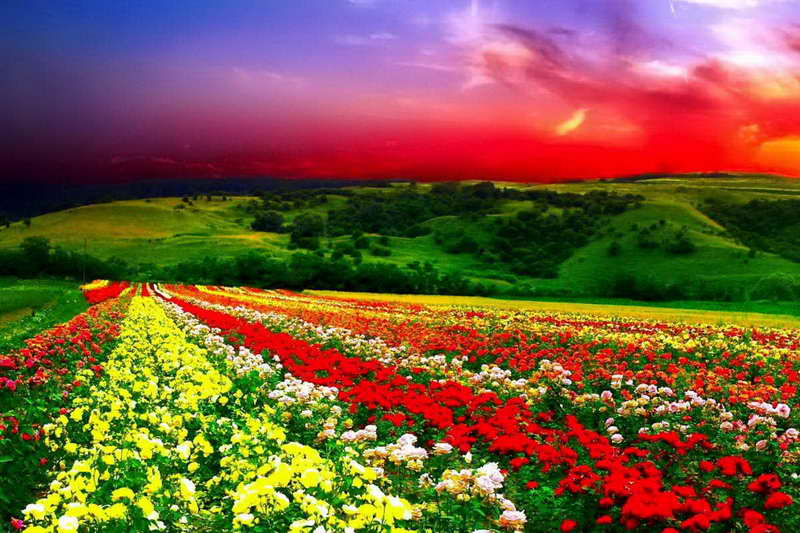 This is a picturesque national park in India, crowned by the charm of the western Himalayas. The Valley of Flowers was discovered in 1931 and along with the beautiful wildflowers, white peaks is a World Heritage Site.