Valletta is probably the only capital of the state with a confusing name. Once in a conversation with an avid traveler, I mentioned that I had just flown in from Malta. Do you know what the first thing he asked me? What is the name of the capital of this small island state, La Valletta or De La Valletta! And that’s because you can find both of these names on the Internet, both incorrect names. Fortunately, in the paper guides the name of the capital of Malta is still listed correctly.

The city received its name in honor of the Grand Master of the Hospitaller Order (the Order, by the way, also called differently) Jean Pariso De La Valletta, but it is simply called Valletta. But this is not all the confusion. In Malta itself on road signs you can find the Maltese name – Il-Belt, which simply means “city”. 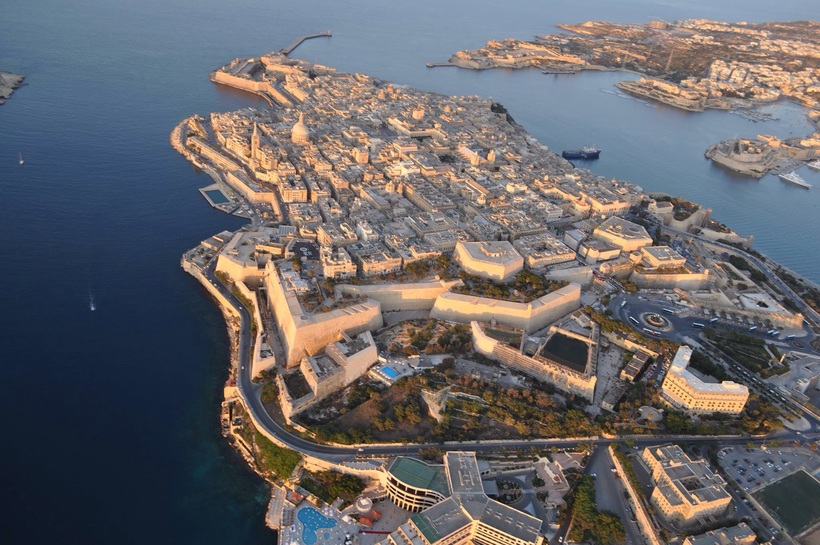 Anyway, for me Valletta is just my favorite city. Why do I love Valletta? First of all for its wholeness. It’s not a case of a village growing into a village, then a town and then a metropolis. Valletta used to be a bare hill. The city was conceived after the great siege of Malta by the Turks, under the Grand Master de La Valletta, and built according to a single plan and in a single style in just 5 years. And to this day it exists almost in the same form. Some houses suffered bombing in World War II, somewhere modern houses were built, but fortunately there are not many, and for the most part it is still the same Valletta as it was in the late 16th century.

The straight, intersecting streets at right angles were designed back under De La Valletta. The houses with their recognizable balconies are not stylizations of antiquity, they are authentic and still lived in. I love the fact that if you walk into the dressing room of a women’s clothing store, you’ll find it’s set up in a former underground warehouse with a vaulted ceiling. That is, modern life flows within the old walls… I think there is something to that, I don’t know another city like that. Valletta can be reached by sea or by plane plus bus, because although Valletta is the capital of Malta, Malta’s international (and only) airport is not there at all. But the port of Valletta is, and what a port, the Grand Harbour.

Huge cruise liners dock there, though it’s certainly not the easiest or cheapest way to get to Valletta. But the Virtu Ferries catamaran between Valletta and the port of Pozzalo in Sicily is public transport at its best.

Flying from Moscow to the airport of Malta by direct flight takes about 4 hours, the ticket price – from 180 EUR one way. You can search them on well-known search engines or here.

The airport is near the village of Luqa, but you do not need to go there – all buses that go from the airport in different directions around the island, stop right in front of the exit of the arrivals hall. The X4 bus to Valletta runs every half hour from 6am to 10pm. Tickets are sold directly on the bus from the driver. The ticket you buy from the driver costs 2 EUR in summer and 1,5 EUR in winter and you can use it for 2 hours on all buses.

If you come for more than a few days, it makes sense to buy a bus ticket for tourists at the pick-up line.

There are two variants:

The way from the airport to Valletta, if no traffic jams, will take 25-30 minutes. As for the planes, it is often cheaper to get to Valletta with connections. I have already told about flight options in my article about Mdina.

What is worth seeing in Valletta?

The capital of Malta, Valletta is certainly a very beautiful city. Beautiful and majestic. A city of staircase streets, a city with magnificent views. Valletta is full of architectural monuments. One might say the city itself is a monument, and each building in the city is remarkable in itself. Many houses in the city are several centuries old. Some of them were restored after the Second World War, but all the same, very beautiful. It’s a pedestrian city, with very few cars in Valletta. And the nightlife in Valletta, you might say, is pretty peaceful. It almost does not exist. So, all the fun is to walk around the city during the day and admire. That’s what to admire, by the way:

Built on this site in the third quarter of the 16th century in honor of St. John the Baptist, the patron saint of the Knights of St. John the Baptist. The building is certainly beautiful and majestic. From afar one can see its façade with a balcony that rests on Corinthian columns – it was from this balcony that the masters of the order once read proclamations. The square towers above the facade are visible, but the spires on top of the towers were removed during World War II. Inside the cathedral is magnificent: bas-reliefs in the form of a vine, the Baroque ceiling with murals, the floor made up of 365 tombstones of colored marble – the knights of the Order were buried in the cathedral. And also in this museum Caravaggio’s painting “Beheading of John the Baptist” is kept. The Cathedral is the sightseeing card of the city.

This museum is located in the building of Provence Yard, where knights-recruits from Provence used to live. The building is old, it was built at the end of the 16th century. You definitely can’t miss it – it’s decorated by Doric and Ionic columns at the entrance. The collections of the museum can be called rich. Especially interesting are the statues from the Neolithic Age – Venus of Malta and the “Sleeping Woman”. Equally interesting are the ancient flint implements, human skulls, necklaces, vases, funerary urns and much more. In the early 2000s there was opened another hall that is devoted to the Bronze Age, ancient, Arabic and medieval exhibits. It is 120 meters from the Cathedral.

READ
Vacations in the UAE 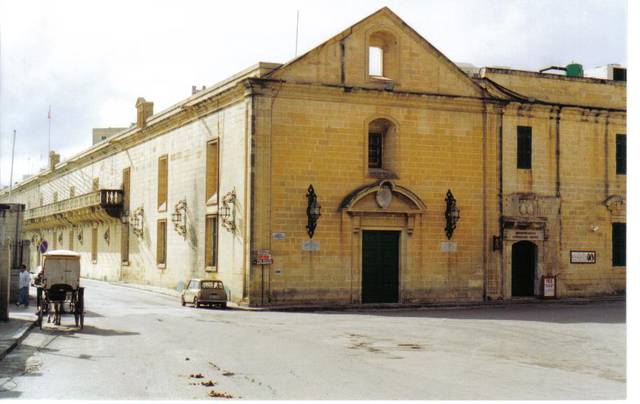 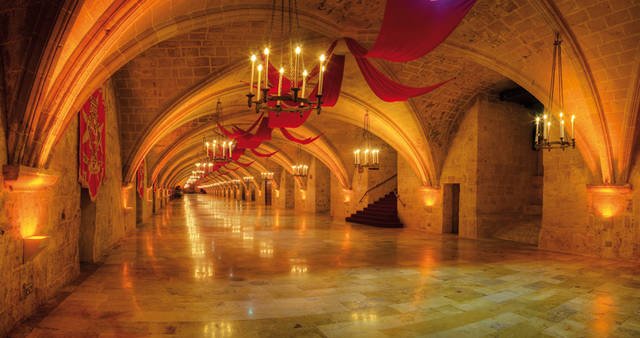 This hospital treated not only the Ioannite knights, but also the poor and the homeless. The hospital building was erected in the 16th century. By the way, the longest hospital room in the world was located here – 161 meters long! Can you imagine? In later times, however, it was used as a stable. Since the 80s, the hospital has housed a conference room and “Malta”, a multimedia attraction that tells guests about the history of Malta from Neolithic times to the present day. This building is 500 meters from the Cathedral.

The theater was built in 1731, during the reign of Master Manoel de Vilhen. The purpose of the theater was for the knights to rest after their righteous labors and for cultural development. In the middle of the 19th century it was sold to a private individual who wanted to open the Royal Opera House. Unfortunately, the theater suffered a lot during the Second World War, but it was restored in the 60s. The theater is famous primarily for its unique acoustics, which is why it is world famous. It is also interesting to admire the collections of theatrical costumes, portraits and parts of scenery that have ever been used for productions in this theater. From the Cathedral to the theater is only 300 meters.

The palace is impressive primarily for its size. Built in the third quarter of the 16th century. Today is home to the Office of the President of Malta and the Maltese government. The palace also houses the Armory, which contains about 6000 exhibits: different daggers, pistols, cannons, armor of knights and more. It is very interesting! Here you can also see the figures of knights in full growth and in full armor. The whole palace just oozes luxury and beauty. On the walls hang portraits of kings and queens and masters of the Order, as well as paintings with scenes from the history of the Order of the country. The floors with inlaid depictions of coats of arms and the tapestries of the 16th-17th centuries with floral designs in the meeting room are impressive. All in all, the building is incredible and rich. It is less than 200 meters from the cathedral to the palace.

READ
Walking through the cities of Holland

Our Lady of Victories Church

The cathedral was laid to commemorate the victory of the Knights of Malta in the Great Siege of 1565. And the first stone was laid by the Grand Master. Under the stone he put specially minted in honor of that important event silver and bronze medals and parchment with a text for posterity, with the date (March 8, 1566). Such an old cathedral. It is true that in the 18th century the temple was rebuilt and began to look like a traditional baroque cathedral. A little later the bell tower was added to the cathedral. The cathedral is just steps from the Archaeological Museum.

The fort is situated on the edge of the Cape of Valletta. In 1565 the fort was shelled by Turkish troops, so the fort was damaged. After that attack the fort had to be rebuilt. And once again the fort was damaged during World War II. Today, inside the fort there is the National War Museum. It contains German torpedoes, boats, Italian and German anti-tank guns, uniforms of the 20th century, gas masks, and a cross of King George, which was presented to Malta in 1942. The fort is not far from the Sacred Sanctuary. Well, or she is not far from it.

The museum is housed in a beautiful 15th-century Baroque building in the Admiralty. For many years this building was the residence of the Commander in Chief of the English Navy. The museum is quite interesting. There are paintings of quite famous Italian, French and English artists who lived and worked in different times. Very interesting is the collection of memorabilia of the Order of Malta, such as portraits of its figures, crockery and silverware. This museum is located 200 meters from the Archaeological Museum.