10 things to do in Bruges 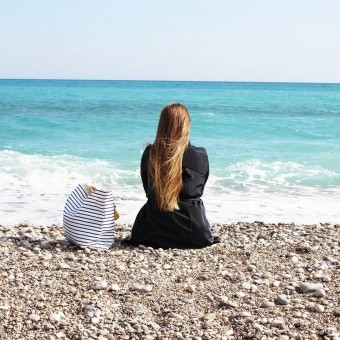 Bruges, like many other European cities, is best known from the very center. On Grote Markt you’ll find the Belfort Tower, the old Halle building, which has been the city’s trade center since the 13th century, and a monument to local independence fighters Pieter de Konink and Jan Breudel. During the New Year’s holidays, there is an ice skating rink and a Christmas fair on the square, and throughout the year there is a market on Saturdays where you can buy local products. 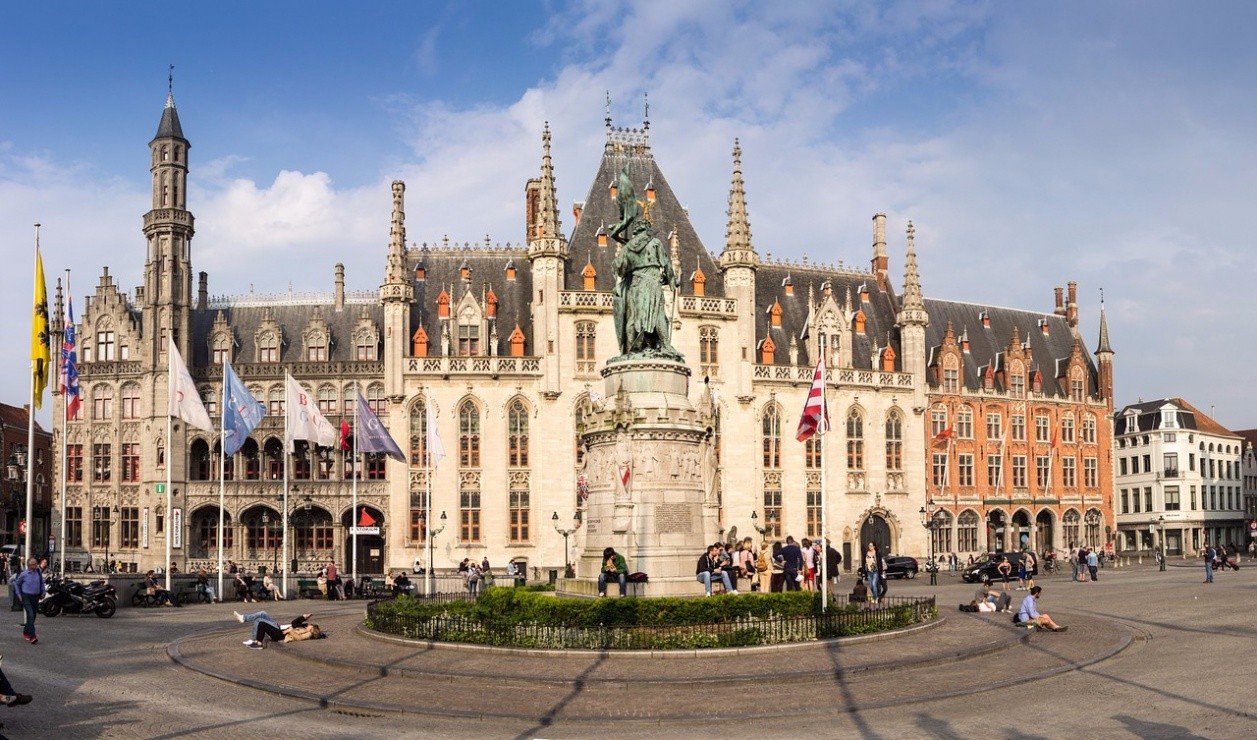 Bruges is worth seeing from all angles, for a panoramic view we suggest climbing the Belfort Tower. The watchtower was erected in 1240 and originally had a wooden spire. Some time later the tower housed the town hall with the treasury and archives. Unfortunately, the wooden part of the tower was destroyed 40 years later and the valuable archive burned down as well. The city decided to build a separate building for the town hall, and the tower was not rebuilt until the end of the 13th century. Today Belfort is 83 meters high, and anyone can climb the observation deck of the tower by climbing 366 steps. 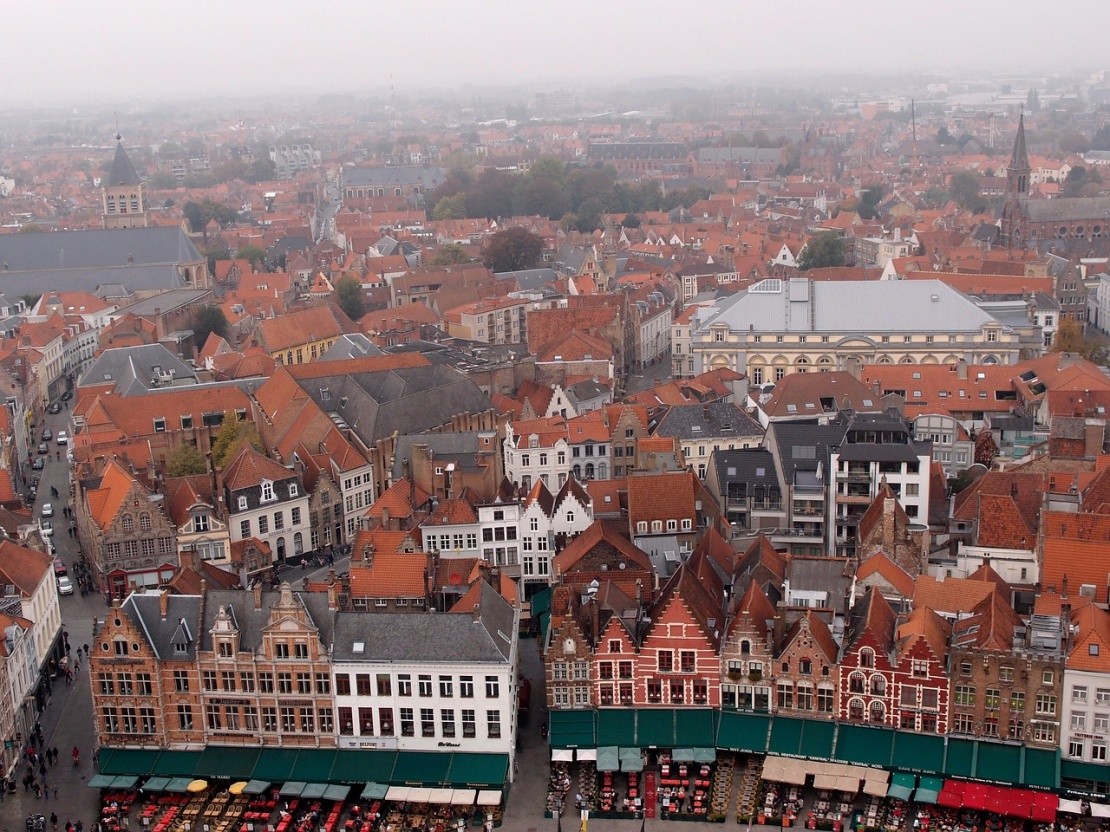 The Gothic town hall was built between 1376 and 1421 and is today considered one of the oldest buildings in Belgium. The imposing building serves as tacit proof of the economic and political importance of Bruges during the Middle Ages. The Bruges town hall served as a model for similar buildings in Brussels, Ghent and Leuven. 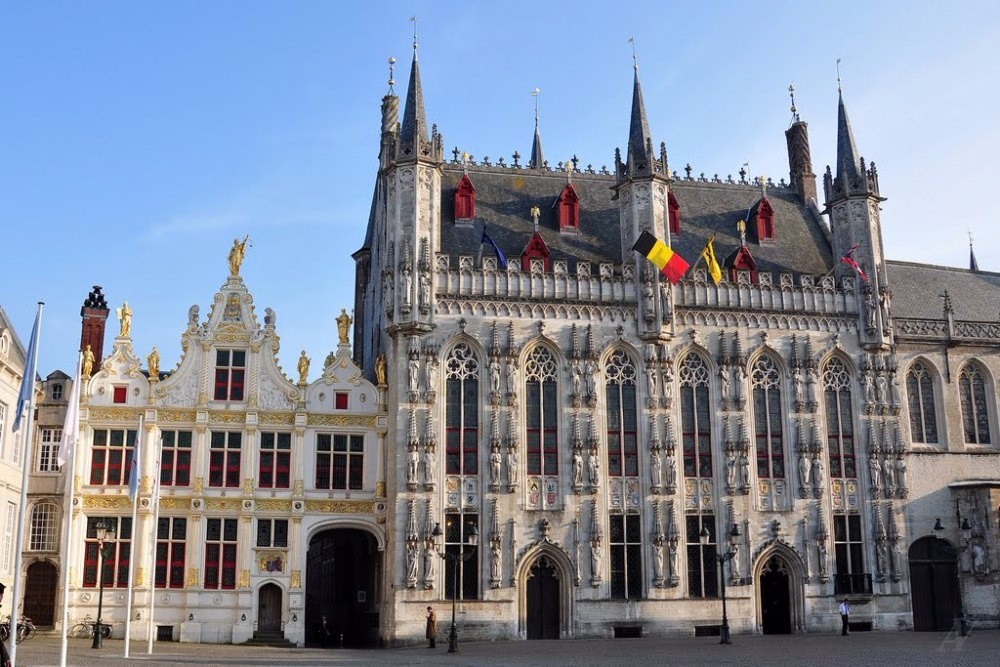 The Church of Our Lady houses a marble statue of the Virgin and Child, or Madonna of Bruges, by Michelangelo Buonarroti. The statue is made of Carrara marble and is 128 centimeters high. “The Virgin Mary with Child” is the only statue by Michelangelo that was taken out of Italy during his lifetime. 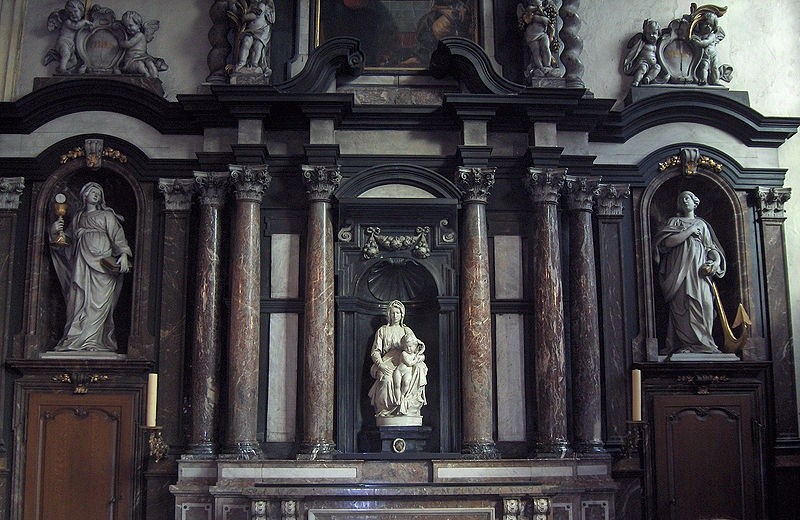 5. Learn the history of the beguinages

The Beguinage is a religious settlement-community of single Beguinages in Flanders and the Netherlands. The Beguinage in Bruges was founded in 1238 by Joan of Constantinople, but of the original structures of that time only the portal of the church has survived. During its centuries-long history, the beguinage was destroyed twice, in the 14th and 17th centuries.

The women who lived there, unlike nuns, did not take a vow of celibacy and could leave the beguinage at any time. They were allowed to have their own income and property. Today, Benedictine nuns and the elderly reside in the Beguinage. 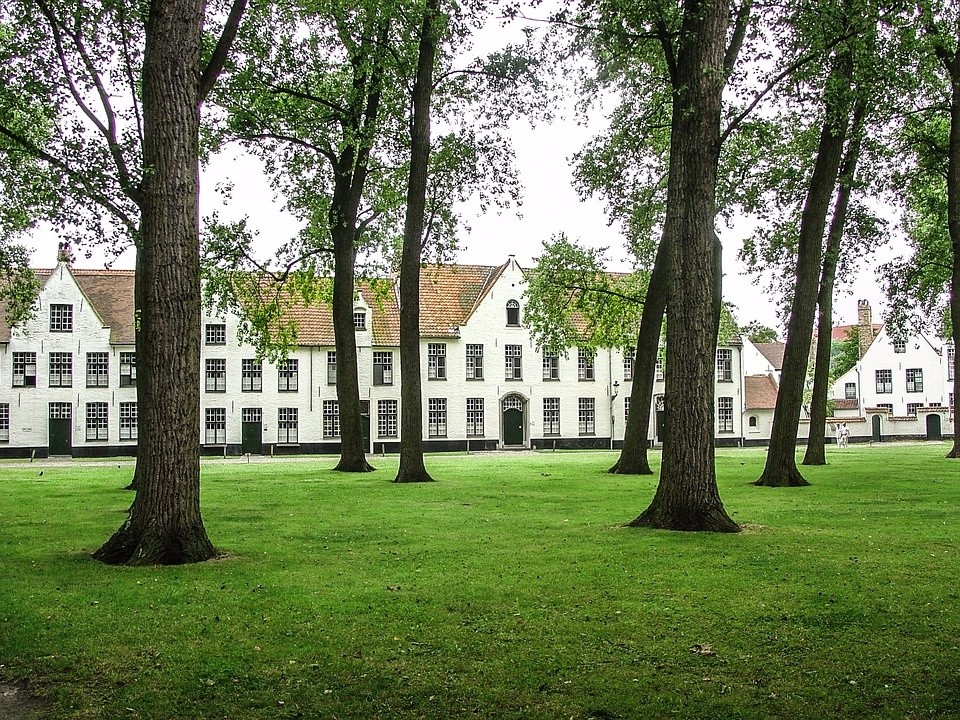 A boat trip along the canals of Bruges is a great way to discover the city from a new angle. You can see the secret gardens, explore the city’s ancient bridges and enjoy the scenic views. By the way, Bruges has more than 80 bridges, making it often called the “Venice of the North.” 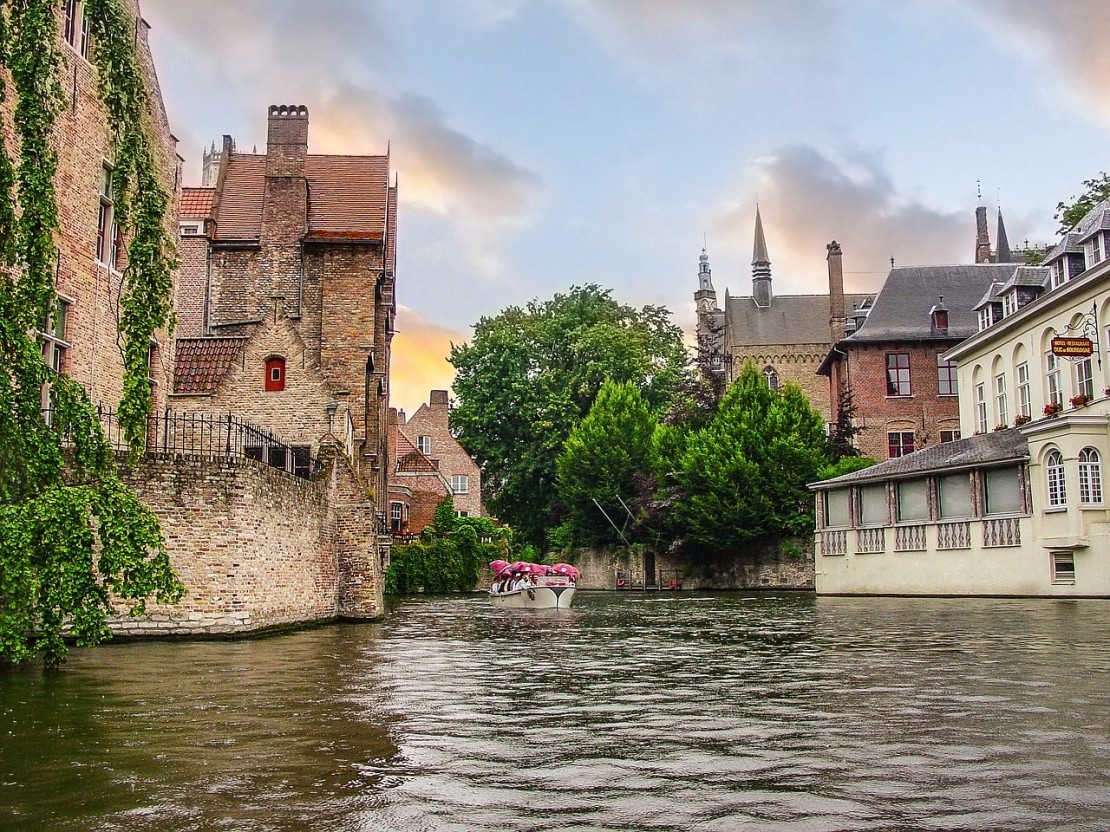 Rosenhoudkai is one of the most photographed places in Bruges. Even if you’ve never been to Bruges, this view is the first thing that comes to mind when you mention the city. It feels like you’re inside a living postcard, so it’s a must-see and, of course, a must-photo. 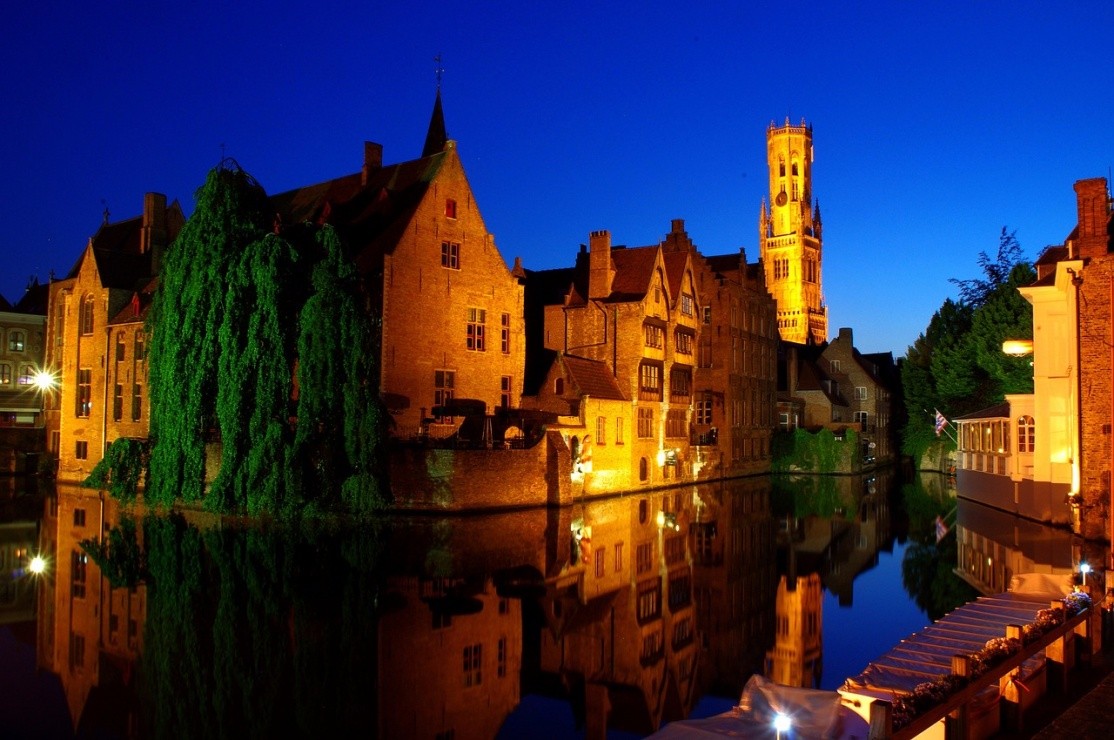 8. Get caught up in a love story

There are several ancient legends connected with the Lake of Love, one of them, of course, is about love. The beautiful Minna was in love with the warrior Stromberg, and their love was mutual. Unfortunately, war broke out and Stromberg went off to war. Minna’s father felt that he would soon go to his grave and decided to arrange for his daughter’s future. Hoping that in time she would be able to change her father’s mind, Minna procrastinated, not agreeing to the marriage. But her father’s patience came to an end, and he declared that after the third sunrise the marriage would be consummated. In desperation, Minna ran away from home and hid in the woods, hoping to wait for her beloved. Stromberg, returning from his march, rushed to look for her – and found her, but too late: the girl was on her last breath and died right in his arms. The young warrior dammed the river, laid Minna’s body in a grave in the dried-up river bed, and let the water flow again. Thus the Lake of Love was formed.

Today at the site of the memorial stone stands the Powder Tower, near which there is a bridge across the lake. The legend says that if lovers swear oaths of love and fidelity standing on the bridge, their love will overcome all ordeals. 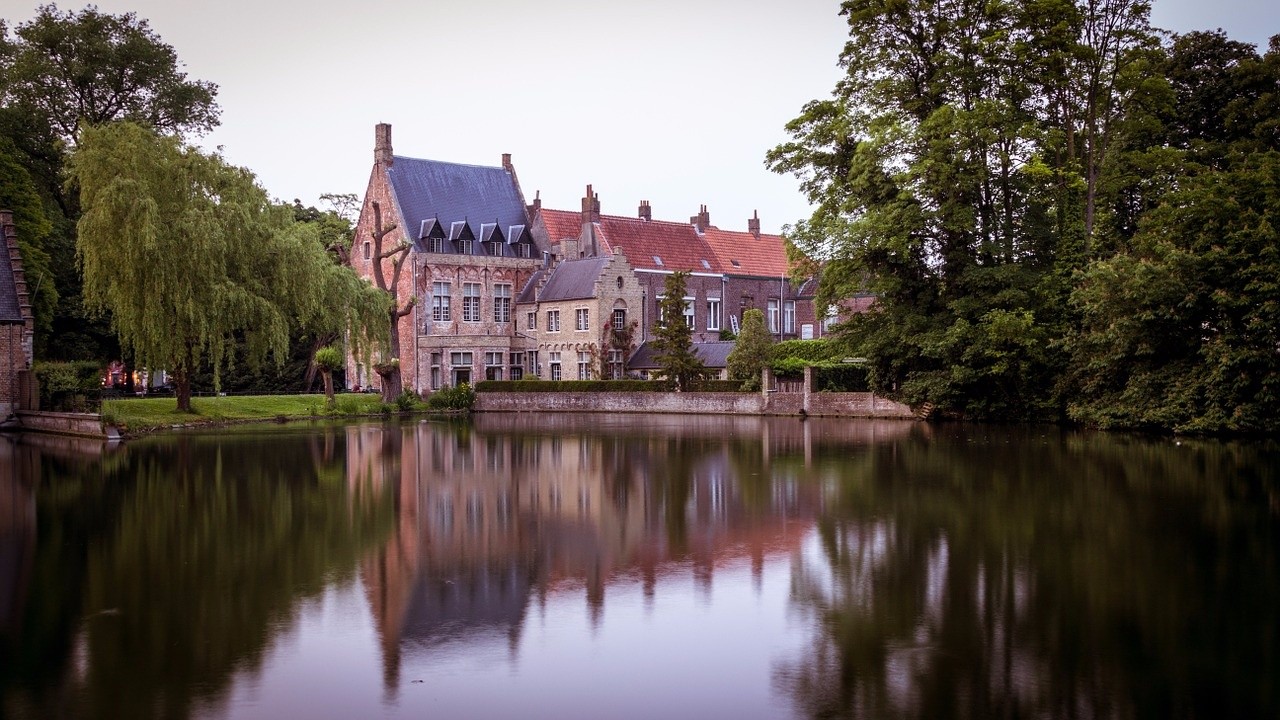 Another curious story tells how swans appeared on the Lake of Love and the many canals of Bruges. The Archduke Maximilian of Austria once again raised taxes, after which the people of Bruges revolted. Maximilian was taken prisoner, and his appointed head of town, Peter Lanhals, was beheaded in the main square. When Maximilian returned to power, he ordered the locals to breed swans in memory of Lanhals, whose last name translates as “long-necked.” 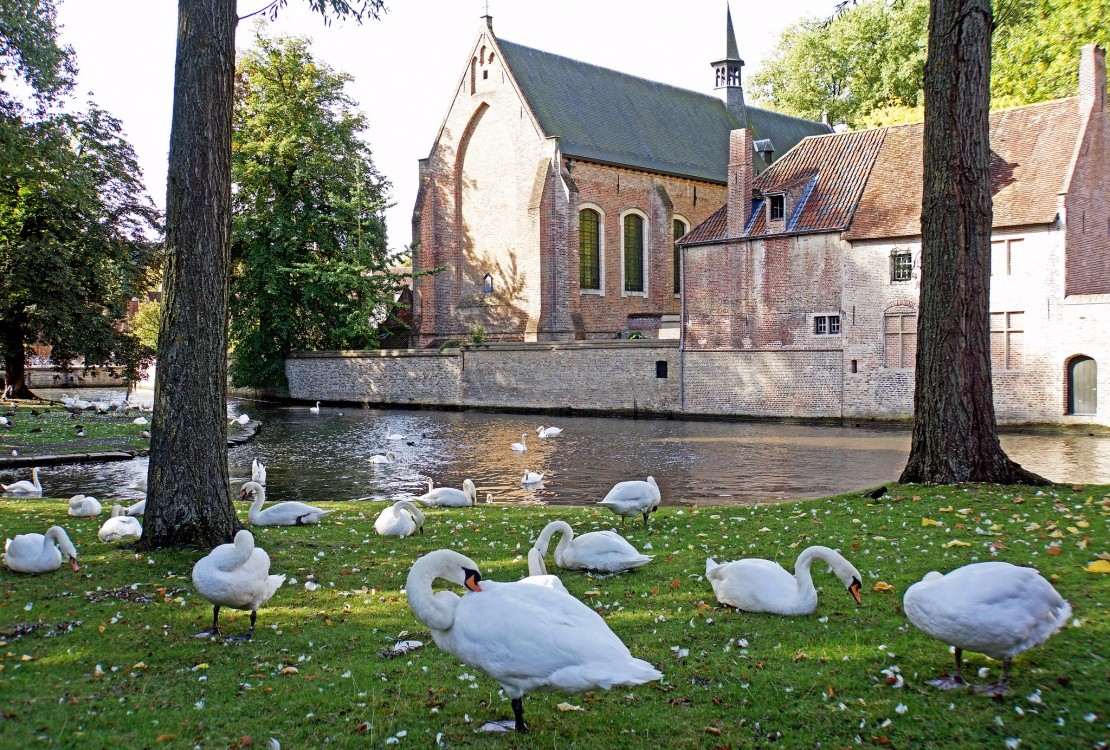 10. A look at Bruges through the eyes of the film characters

Director Martin McDonagh conceived the film “Laying low in Bruges” after visiting the city, which left him with two conflicting feelings – profound delight and terrible boredom. Hence the different attitude towards Bruges of the two main characters.

Another interesting detail about the making of this film: to create a sense of the festive season, Christmas decorations were kept in some streets of Bruges until the end of March. The city council even had to make an official announcement to the inhabitants of the city explaining the reason.