Drinks in Spain. What do they drink in Spain?

We tell you about alcoholic drinks in Spain, what locals and tourists drink in Spain on vacation. Here they mix beer and wine with soda, drink liqueurs, sangria and sherry.

Some of this list is quite unusual for our tourists, so it is worth discovering new flavors.

In Spain, they mix everything they can. You get low-alcohol drinks which you can drink in the heat and do not be afraid of getting drunk quickly. Most often it is soda, wine and beer.

Tourists do not always know about these drinks and overlook them, although they are written even on the advertising boards of cafes and restaurants. Here is what you can try in Spain from drinks. 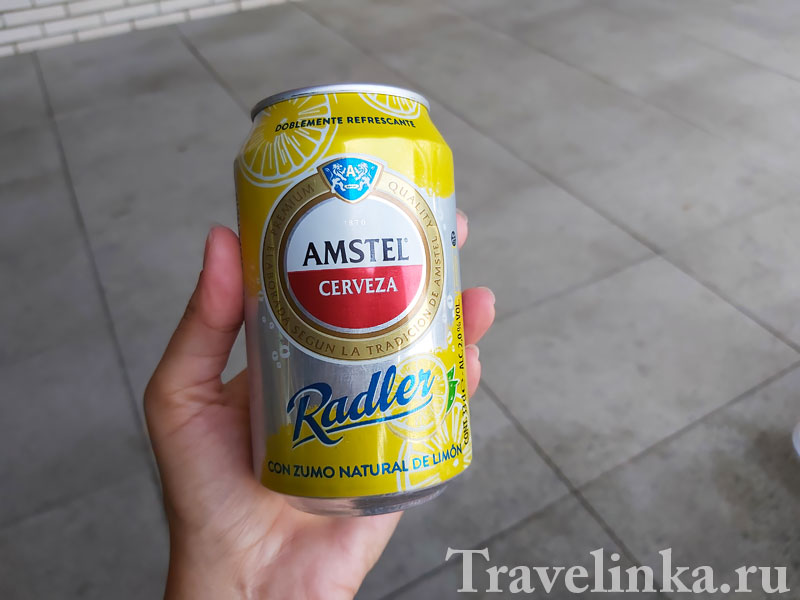 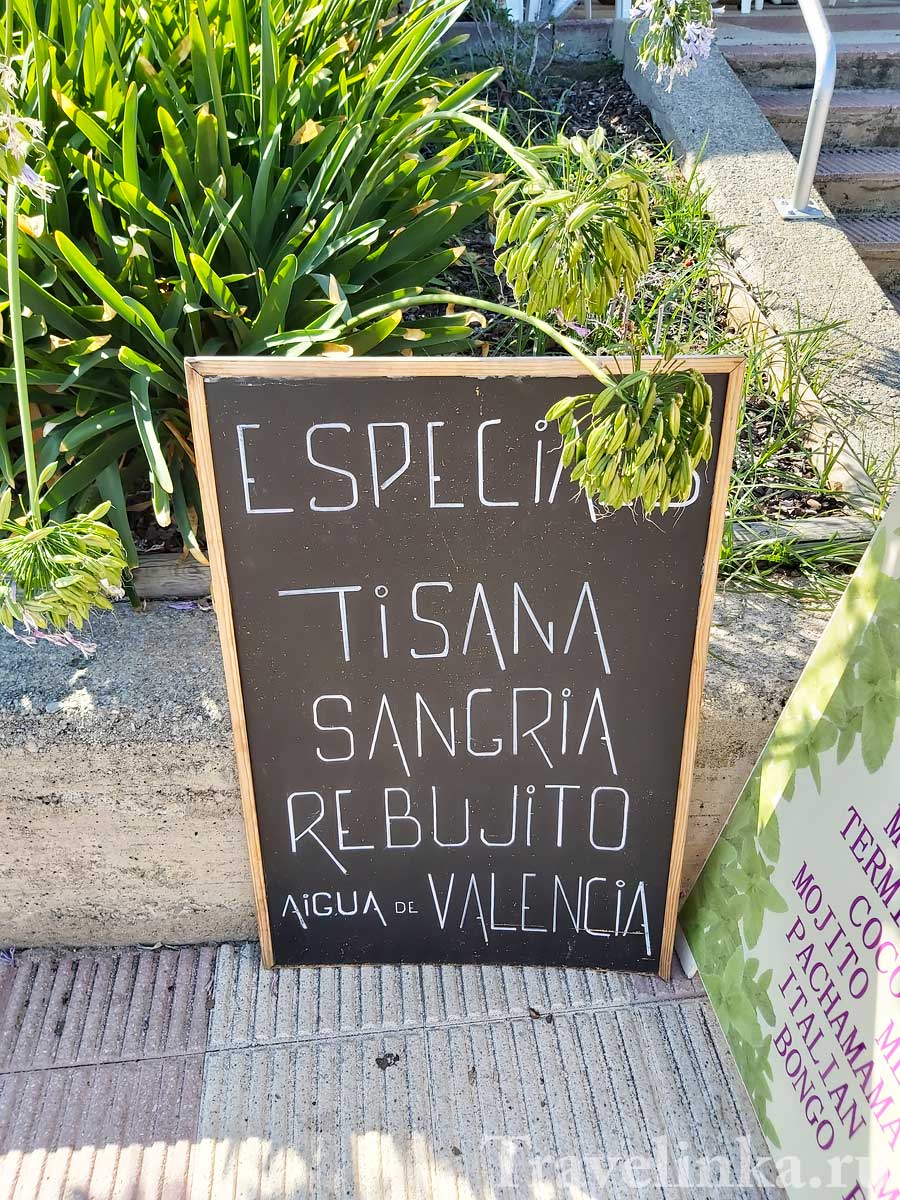 Of course, it is worth trying Spanish wines . This country is the third largest producer of this beautiful drink in the world, after France and Italy, of course. In fact, all the wineries are concentrated here and in neighboring regions.

In the supermarket you can buy a wine even for 2-3 €, and it will be an alcoholic drink of Spain from quality grapes. Non-natural wines are forbidden here in general. The average price for a bottle of wine is 6-8 €. For 10 € a bottle of wine will be a very good wine. Once on the shelves in Russia, the prices increase several times. 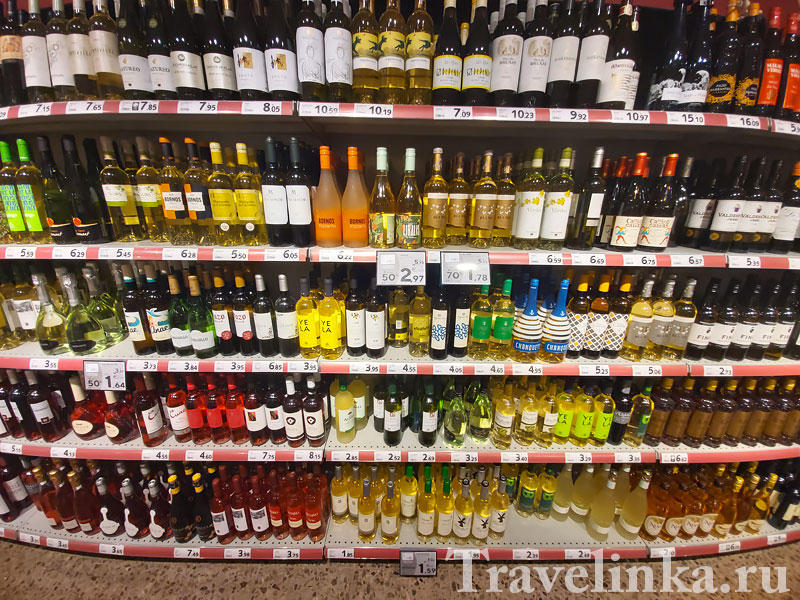 Sherry is a purely Catalan drink. Most of it is made from the white palomino grape. There are a large number of sherry varieties. It is an alcoholic beverage of Spain, fortified, tart (15-20%), for warm evenings by the fireplace and dinner for two.

The sweetest variety of sherry – Pedro Jimenez (to me the taste reminds me of sweet syrup carob with alcohol, costs in the store 9-10 €, and in Russia about 1700-2500 rubles), the other – Moscatel .

Dry sherry varieties: fino and manzanilla, amontillado, palo cortado, oloroso. You still have to look for sherry in Spanish stores, it’s there, but the Herez (Catalan for Xeres) label is sometimes so small that you have to walk past three times to notice it.

READ
Journey to the ghost town of Chernobyl 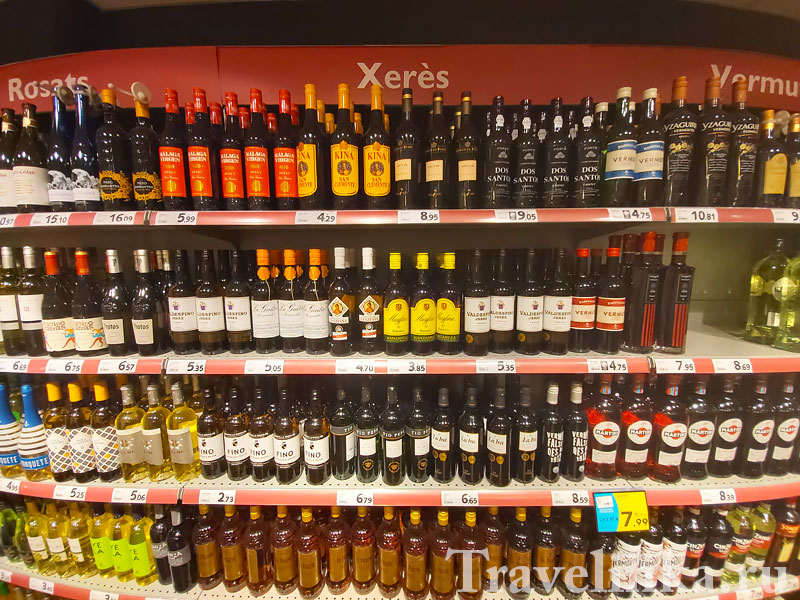 I remember the first time I went to Mallorca, a friend asked me to buy a bottle of sherry. He hadn’t picked it up in months, and we decided on a family meeting to open it. That taste was beautiful, I still remember it to this day.

Sangria is Spain’s main alcoholic drink. A mixture of wine, soda, fruit and liqueur. There is sangria not only red, but also white. There are some with the addition of champagne. It is served over ice in large decanters and poured into large wine glasses.

Sometimes tourists buy sangria in a store and drink it pure, which is not particularly Spanish. Dilute it with soda, add ice, and you’re just like the Spaniards. A liter of sangria costs 2-4 € in a store and 10-15 € in a restaurant. 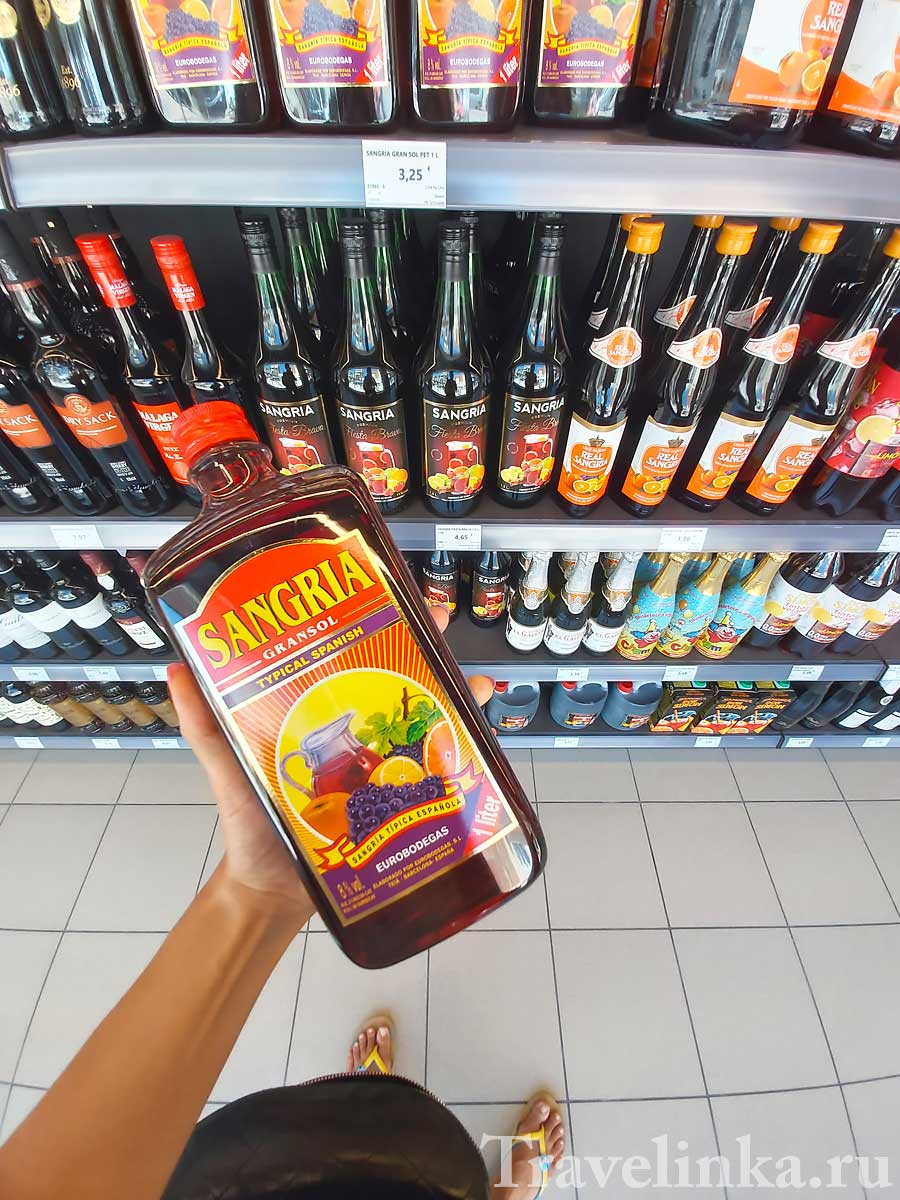 In Spain they dilute all alcoholic drinks, wine and even beer (as mentioned above, clara and radler are popular here – a mixture of beer and soda). That’s fine. Otherwise, in the heat you’ll get carried away very quickly.

The most popular Spanish beers are San Miguel, Alhambra, Mahau, Cruz Campo. In bars you order beer with the name of the container, otherwise you just won’t be understood. There is no default 0.5 here, as we do. For example, cana tapa is a small beer 0.25 or 0.3. In bars it costs 1.5-2.5 €. For those who want more – un tubo – a large elongated glass without a handle, una jarra – a standard beer mug, un tanque – a large liter mug with a handle. Spanish people usually choose cana tapa and drink smaller portions in order to prevent the beverage from heating up in the heat.

In supermarkets in Spain standard containers are 0.33 and 0.5 liters. There are, of course, one and a half bottles, but they do not enjoy such popularity. Unless our tourists like to get high. 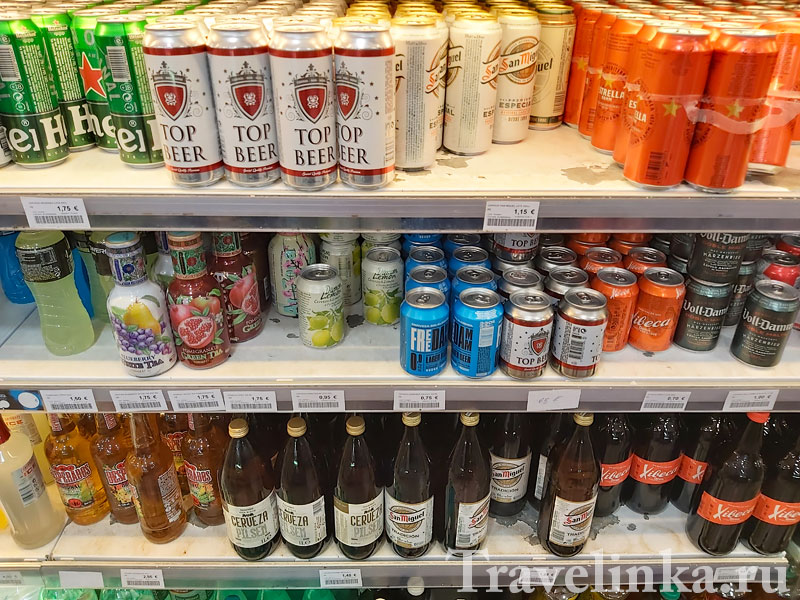 Spanish people are very fond of liqueurs. For many of them it is the best alcoholic beverages in Spain. They have different flavors: banana, coconut, pineapple, orange, lemon, apple, peach, cherry, raspberry. There are even liqueurs made of acorns, cinnamon and lavender. Their strength varies from 15 to 28%.

Spanish liqueurs are drunk in their pure form (chilled for sure), mixed with carbonated water and ice (they like to mix everything) and added to cocktails. Spanish liqueurs are produced in all regions of the country resulting in cheap logistics and low prices.

You may purchase a small bottle from 3 €, a liter bottle – up to 10 €. Liqueurs in Spain are sold in supermarkets and you can order 50 grams in cafes and restaurants. 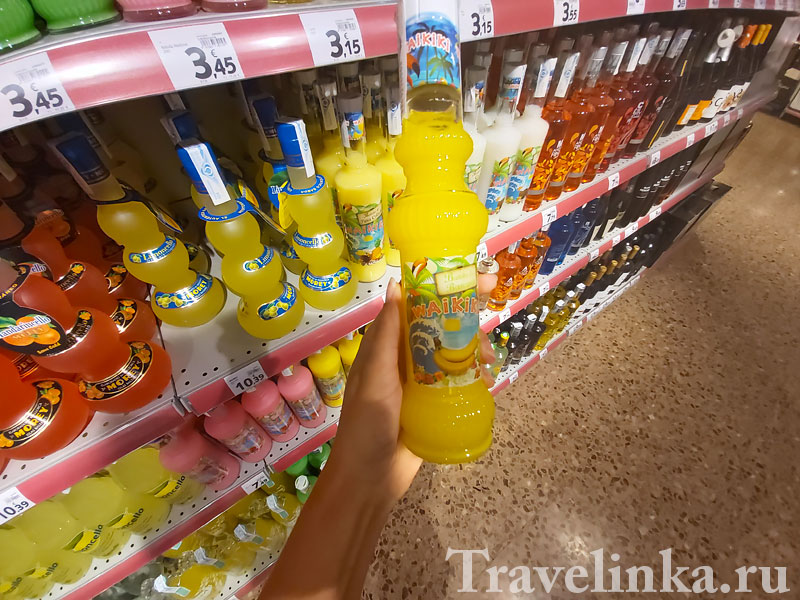 Now you know about the different alcoholic beverages in Spain that tourists and locals drink in Spain. If you go on vacation, do not deny yourself the pleasure of trying quality aperitivos and digestivos.

Just in our country it is difficult to find such quality, and the prices will be several times more expensive. So try here while you are on vacation. And also 3 bottles can be brought with you to Russia in a suitcase. Even if you do not like alcohol, here you can find delicious non-alcoholic beverages that are perfectly refreshing on hot days. Read also other articles in the section Spain.

What drinks and dishes to try in Spain?

To the very detailed and complete answer of the past author, I would like to add a fantastic seafood headed “Pulpa La Gallega” – Galician octopus. In addition to it – fantastic oysters, tastier than in France, shrimp of all sizes, fish baked in salt and all sorts of different shells, called “sea nuts”.

READ
The 6 most beautiful beaches on Mallorca And how could we forget about Jamon, which in Spain there are more than 100 varieties and categories!

And another thing: on the coast was extremely surprised by the local tradition to dilute the beer in half with lemonade! Very tasty and quite a good thirst quencher! By the way, Spanish beer is surprisingly good on its own.

I remember, when I went to Spain for the first time I dreamed to see a bullfight with my own eyes, to watch live the Barcelona or Real Madrid games, to admire unbelievable architectural pomp of Gaudi, but after the first trip I realized that my main love in Spain was Spanish cuisine. The unique aftertaste of Spanish food makes me come back to this wonderful country again and again. All not indifferent to the refined and incredibly delicious food I invite you to a virtual tour of Spain . 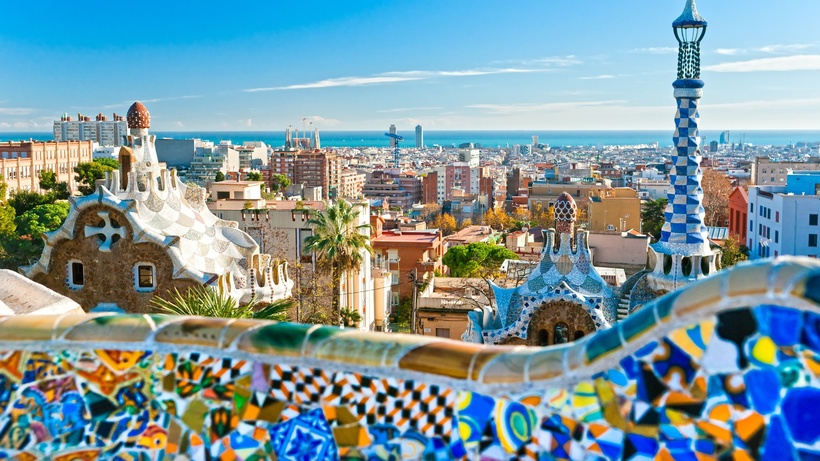 The best dishes of Spain

It is impossible not to love the Mediterranean cuisine with its rich selection of seafood, fruits and other delicacies. But in Spain, it’s delicious in a special way. I think it has something to do with the love Spaniards have for food and the process of preparing it. Of course, trying all the dishes of Spanish cuisine in just two weeks of vacation is not possible, so I made a list of my favorite dishes that I highly recommend trying in Spain:

Gazpacho – an amazingly delicious cold soup of grated vegetables and lots and lots of tomato;

Tapas – crispy slices of the freshest bread with various delicacies. Sort of like our canapés, only the bread is lightly toasted. I learned from the locals that they also call tapas all other snacks (such as nuts, chips, etc.);

Tortilla is a very tasty Spanish cake with different fillings. On the one hand it seems: “Well a pie and a pie, what’s so special here?”. In fact it is made from a very tasty pastry, the exact recipe of which I have not yet been able to get.

A Spanish drink that is a must try

Sangria is my Spanish love. It is a purely Spanish cold drink that is made from wine and fruit. I really like it because of its freshness and moderate amount of alcohol A gem of Spanish cuisine

Personally for me the pearl of Spanish cuisine is paella , which consists of rice, vegetables and sea products. It is incredibly delicious dish that you can find in any restaurant or cafe in Spain. In some places seafood is replaced by any other filling, but that’s a little different story. 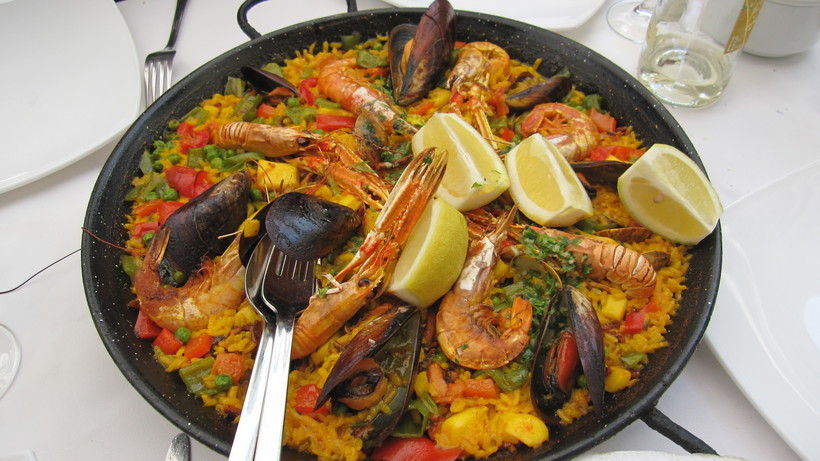 Those who don’t like Spanish food won’t go hungry either.

I do not believe that anyone will dislike or bore by Spanish cuisine, but if such tourists are to be found, it is not a problem to find any other cuisine in Spain.