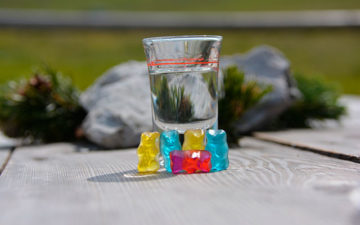 If tourists who know the traditions of Germany, asked the question of what Germans drink, the most common answer will be beer. Someone will call schnapps or mulled wine.

But the preferences of adult inhabitants of Germany are not limited to these types of alcohol. Among the alcoholic beverages produced in the country there are those that are among the most common and popular.

Among the traditional German drinks beer is beyond competition. Its popularity is due to a variety of varieties, brands and flavors. The most popular brands (price per 1 liter): 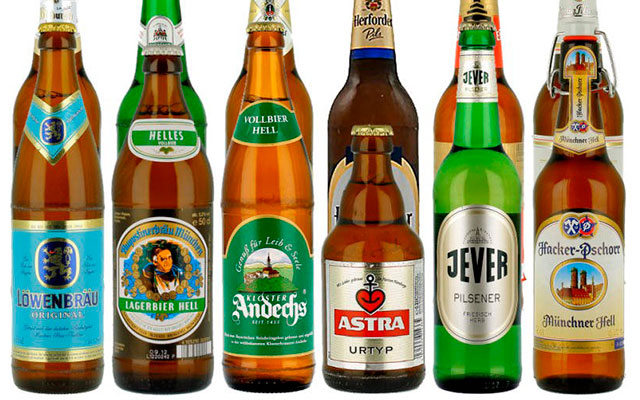 >>> Rent a car in Germany. The secrets of a good rental, tips and tricks

In beer establishments in Berlin and other cities a variety of snacks are served to German alcoholic beverages. Depending on the brand and variety, sausages, asparagus, smoked meats, cheeses, poultry, chops, sausages or baked fish are offered with beer. There are also a variety of containers. They are usually large glass 0.5-liter mugs and tulip-shaped or straight glasses.

Wine appeared on the territory of modern Germany in the distant past, when these lands belonged to the ancient Rome. In the Middle Ages it, like beer, was produced in monasteries. Nowadays among the varieties of alcohol in Germany wine has its worthy niche and the quality is not inferior to the products of traditional world leaders such as France, Spain or Italy. It comes in four categories: 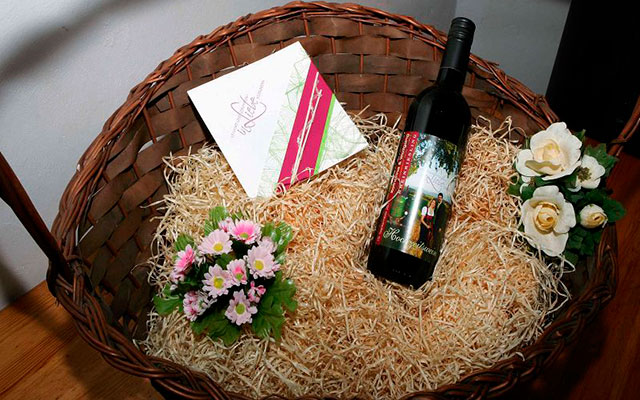 The amount of sugar in the grapes also determines the category of wine: dry, semi-sweet or semi-dry, sweet and very sweet. The cost of young wine brands is low. This makes them quite affordable for those tourists who choose alcoholic beverages from Germany to bring home:

Depending on the category, German wine is paired with certain foods:

The list of varieties of German alcohol would not be complete without Champagne, which in Germany is called by the short word Sekt. Traditionally, no celebration can do without it: exhibitions, New Year’s Eve, birthday parties and other events. 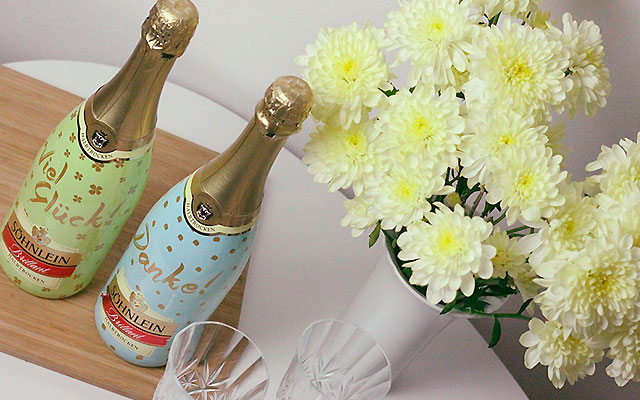 The history of Sekt began in Germany in 1826, when the first champagne factory appeared in Essling, the city next door to Stuttgart.

Unlike Italian or French champagne, Sekt is a sweeter but less strong (6%) alcoholic beverage. Depending on the sweetness, there are seven varieties of this alcohol: sweet, semi-dry, dry, extra-dry, brut, extra-brut and the driest.

“Zekt” has a pleasant aroma with fruity tones. Carbon dioxide saturation occurs during secondary fermentation of the base wine. Experts distinguish between four types of German champagne: 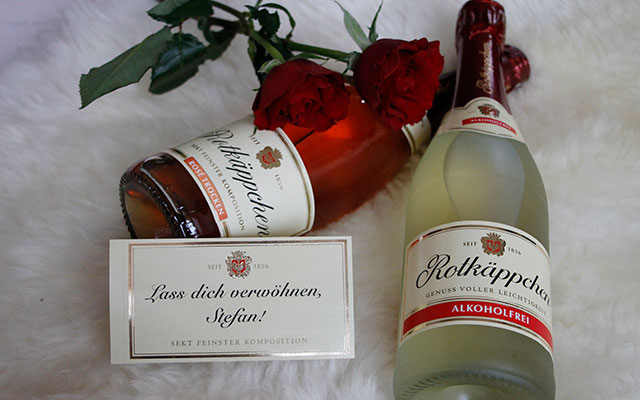 When it comes to German hard liquors, most often people remember Schnaps – a 30-40-degree analogue of vodka or moonshine. It has been known in Germany since the 15th century. Brag for schnaps is made from grain or fruit, and very rarely from herbs. The fermentation takes place spontaneously. After that the spirits are distilled twice. No sugar or additives such as flavorings or artificial yeast are used in the preparation of the alcoholic beverage.

How old is alcohol sold in Germany? Schnapps and other spirits are not available to those under 18. Champagne, beer and wine can be consumed from the age of 16. 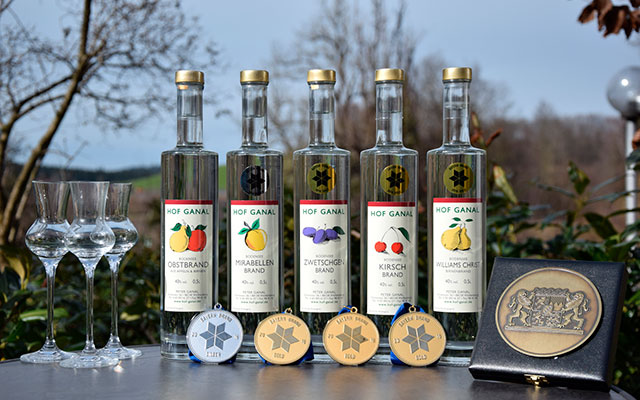 Schnaps can cater to a variety of tastes, which is why it is so popular in Germany. Some choose fruity brands to taste the flavors of raspberries, apples, cherries or pears. Others drink more bitter cereal or herbal brands.

Although the price of Schnaps is often quite high, you can always find inexpensive alcohol in this category if you want (price for 0.7 liters):

“Grain schnaps are always drunk very chilled, and alcoholic drinks infused with herbs and fruit are served at room temperature. Schnaps goes well with dishes such as meat, vegetables, sausages, herring or Bavarian sausages. Schnaps containers are 20-30 ml stacks or small rounded flutes. An appetizer for the fruit varieties is the fruit that is placed in the container beforehand.

Fans of German spirits are well known Jägermeister. The popularity of Jägermeister is primarily due to the great advertising campaign that has accompanied it since the 1970s. This traditional German liqueur is now exported to more than 130 countries. 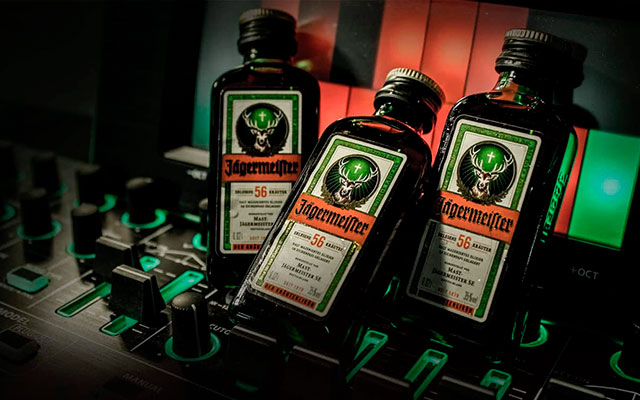 “Jägermeister has been produced since 1935, other German brands came later. The strength of the alcoholic beverage is quite high – 20-45%. The sugar content is 25-60%.

To feel the rich flavor of the liquor, gourmets drink it a little warm from shots – vodka shots. But more often preference is given to another way – the liquor is drunk in a shot and very cooled as a digestif or aperitif. As an appetizer it is suitable for different kinds of sausages, fresh vegetables, lemon or orange slices.

The prices of alcohol in Germany vary widely. Liquor is no exception. The price for a 0.7-liter bottle of the drink:

For connoisseurs of alcohol in Germany, the name Bowle is familiar. It has been called “kruchon” here since the XVIII century, although a dessert drink (6-9 percent strength) appeared much earlier – in the XV century.

German krushon is made on the basis of white or red wine. In a big bowl together with alcohol all sorts of fruits or berries are placed. All this can be mixed with rum, champagne (zekt), juice or lemonade. Bowle is always drunk chilled. It may be drunk in a wide glass. 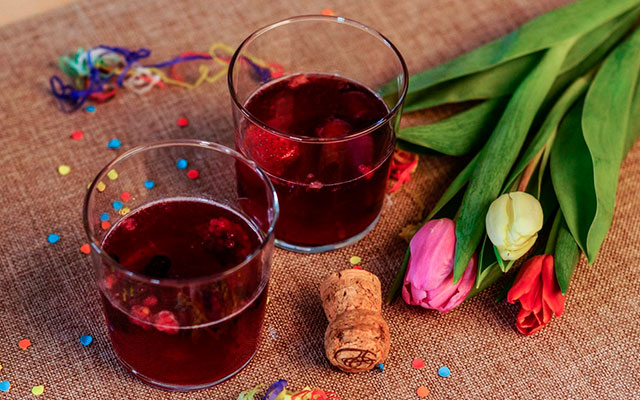 The list of strong drinks popular in the country is not limited to those already mentioned. Tourists who are deciding what kind of alcohol to bring from Germany or try in a local bar should also pay attention to other kinds of German liquor: