The capital Colombo is a city whose impressive territory is simply teeming with tourist attractions. A vacation trip to Colombo should take at least 3 days. This will give you the opportunity to experience the pleasant prices for various kinds of entertainment and see most of the sights of the city. 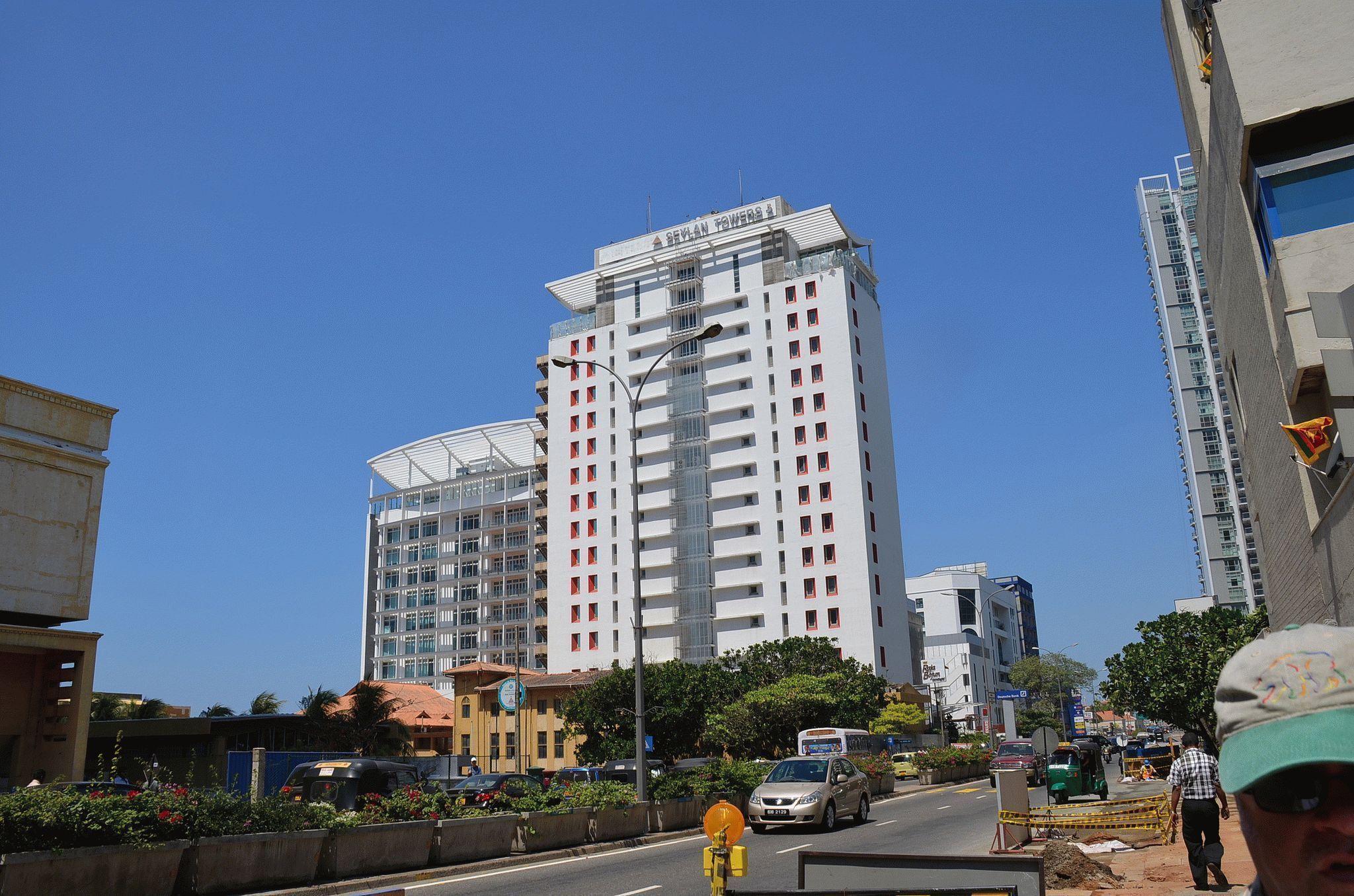 How and when to go?

Choosing the time and way to go to the capital of Sri Lanka, it is worth taking into account that the temperature here is quite stable. All year round the thermometer column demonstrates 25-27 degrees.

However, the determining factor for choosing the best time to vacation in Colombo is precipitation. It is the rains that form the concept of high and low season. The first and best is from December to March, when the rains are unlikely. It is also not a bad option to go here in the second half of summer, when there is little rainfall.

It is most rainy in the city in April-June and autumn.

To get to Colombo International Airport from Moscow is possible only with a connection. The most frequent connections are Qatar, Istanbul and Abu Dhabi. Flight prices depend on the chosen airline, the number of connections and the month of the flight. For example, the flight in November 2022 on the route Moscow-Katar-Colombo will cost 440 euros round trip. 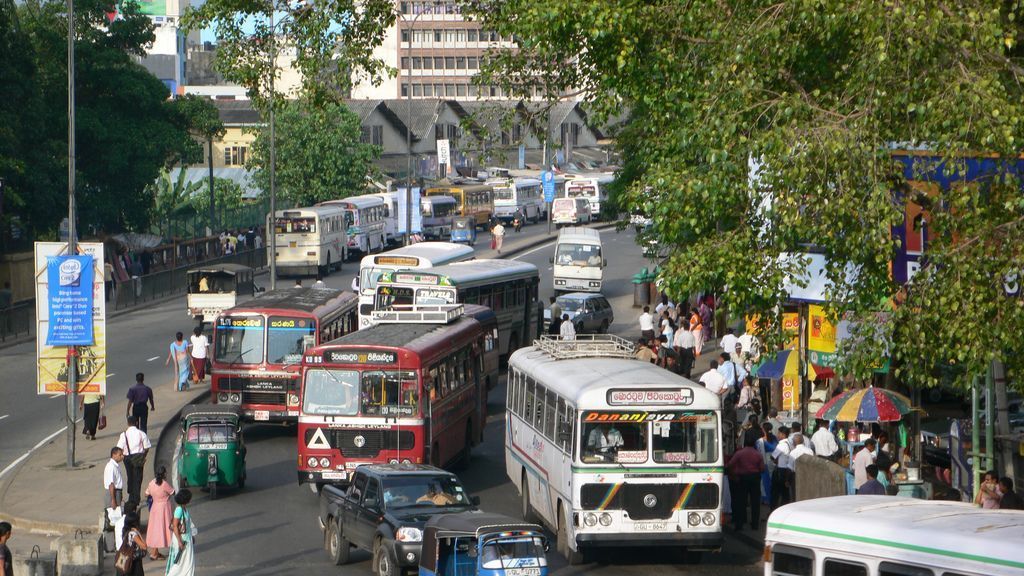 From the airport to the city center can be reached by a variety of options, the cheapest of which is a bus. There is a bus stop 10 minutes walk from the airport arrivals area, where route 187 goes to Colombo Fort. The price of the trip – 100 LKR, the trip takes no more than 40 minutes. By the way, you can get to the stop at the airport not only on foot, there is a free shuttle bus. Take a hotel cab or a minivan cab to get downtown, in addition to the bus.

The most popular and inexpensive way to explore Colombo is to take a tuk-tuk.

There are two varieties of this mode of transport:

A more comfortable and safer alternative to a tuk-tuk is a cab. Most cars are equipped with a meter. The cost of boarding – 40 LKR, 1 km – 65 LKR.

A good way to explore the city is a tour by double-decker bus, which you can take by the hotel “Gold Face”. The departure time is 8-30.

Colombo on the map:

Colombo has a huge number of different hotels. Among the most budget options are those where a double room will cost 10 – 14 euros. These include:

The above and equivalent options tend to have very compact rooms and often the bathroom is on the floor. Therefore, when booking, it is important to carefully examine the amenities in the hotel.

If price to comfort ratio is a priority, then the list of numerous options includes:

This is a tiny fraction of all the options offered by the capital of Sri Lanka. Our tips for booking vacation packages will help you make the right hotel choice and save money.

Where and what to eat

Lankan cuisine resembles Indian cuisine in many ways in terms of features and ingredients used. 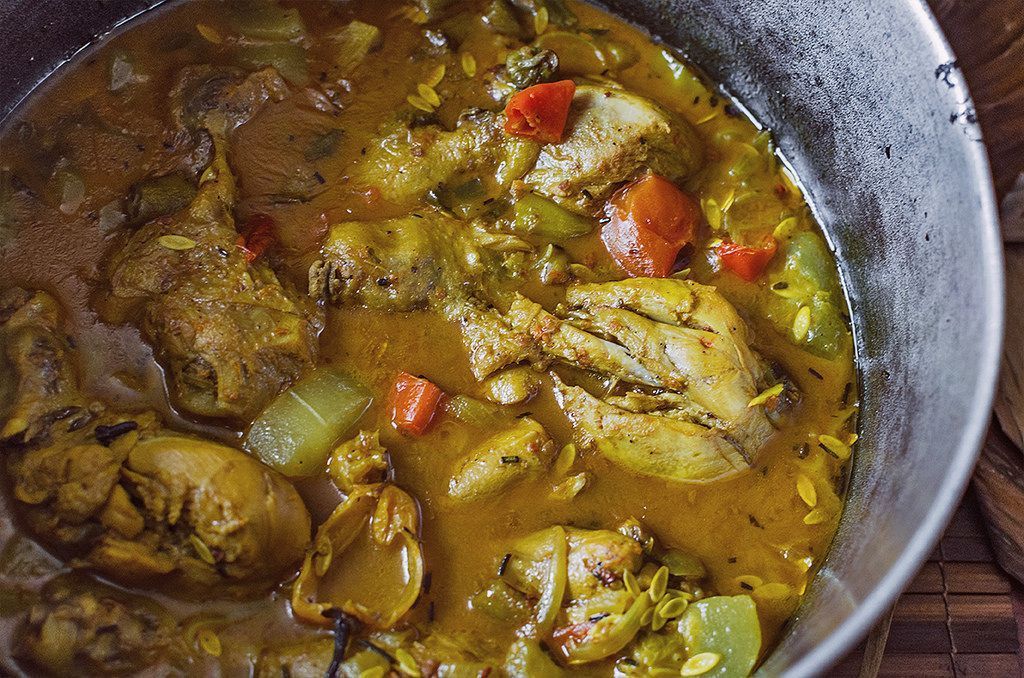 Many people associate Indian and thus Lankan cuisine with curry. It is indeed so. This spice together with rice is the mainstay of the daily diet of the locals.

READ
Places of Power in Bulgaria: Top 7 Relics of the Country

Moreover, curry can be found in almost any main dish, be it fish, meat or a vegetarian option.

In addition to the fairly traditional staple dishes, those who like to try new dishes are worth a try:

Speaking of drinks, it is important to remember not to drink tap water. Also do not buy local milk – it’s quite expensive, but the quality can be disappointing, it spoils very quickly.

In Colombo, it is worth trying Tambili – coconut fraiche, it can be cooked in front of the buyer or sell it in bottles.

Tambili is the most popular drink in Sri Lanka.

Among the local alcoholic beverages we can highlight Arak, the price depends on the brand, the cheapest options – from $4 a bottle. However, we recommend not taking drinks cheaper than $7. Not a bad option is sold under the brand Old Reserve. It is worth noting that eating in Colombo is not expensive. The price depends on the class of the restaurant. As a rule, you can dine even for 1 dollar, and the maximum possible cost limit is 10 dollars.

The city is territorially divided into districts, each of which has a number of interesting objects.

The name of the area is a consequence of the fortifications erected here in the 16th century – a fortress with surrounding buildings, surrounded by a perimeter wall. If you travel through the Fort District in 2022, you can see only a small part of the ancient structures – several buildings of colonial architecture, including the former lighthouse – the tower decorated with a clock. In addition to the heritage of antiquity, the area is interesting because today it has the largest concentration of government and commercial buildings, leading hotels. Even the president’s residence is located here.

READ
The 12 most beautiful French islands

When visiting the area of the Fort, it is worth a walk along the waterfront Halle Face, a length of more than 1 km. Here there is no entertainment, but with the advent of darkness here flock vendors street food, trinkets and ordinary locals. It’s a great way to get in touch with the Lankan capital.

The shopping district is a huge marketplace and very difficult to navigate. But the rows of shops aren’t the only thing that characterizes these neighborhoods. Old mosques, Hindu temples, Catholic churches, and museums are the things that interest tourists here.

The main sights of Pettah

READ
The World's Most Dangerous Cities

Walking through the streets of this district, it is worth a visit: 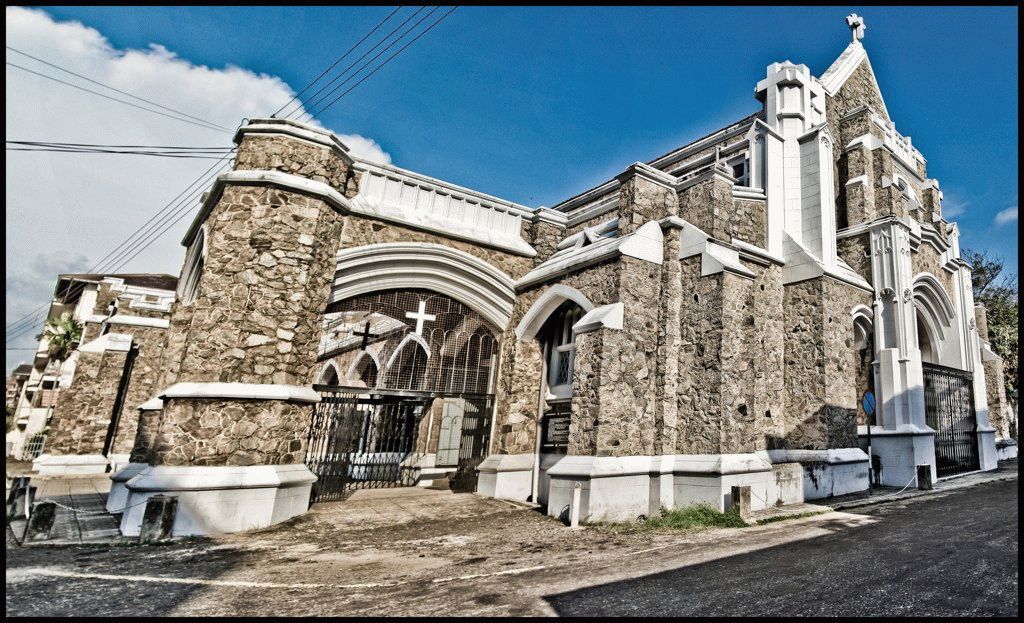 This urban area will delight tourists with sites such as: 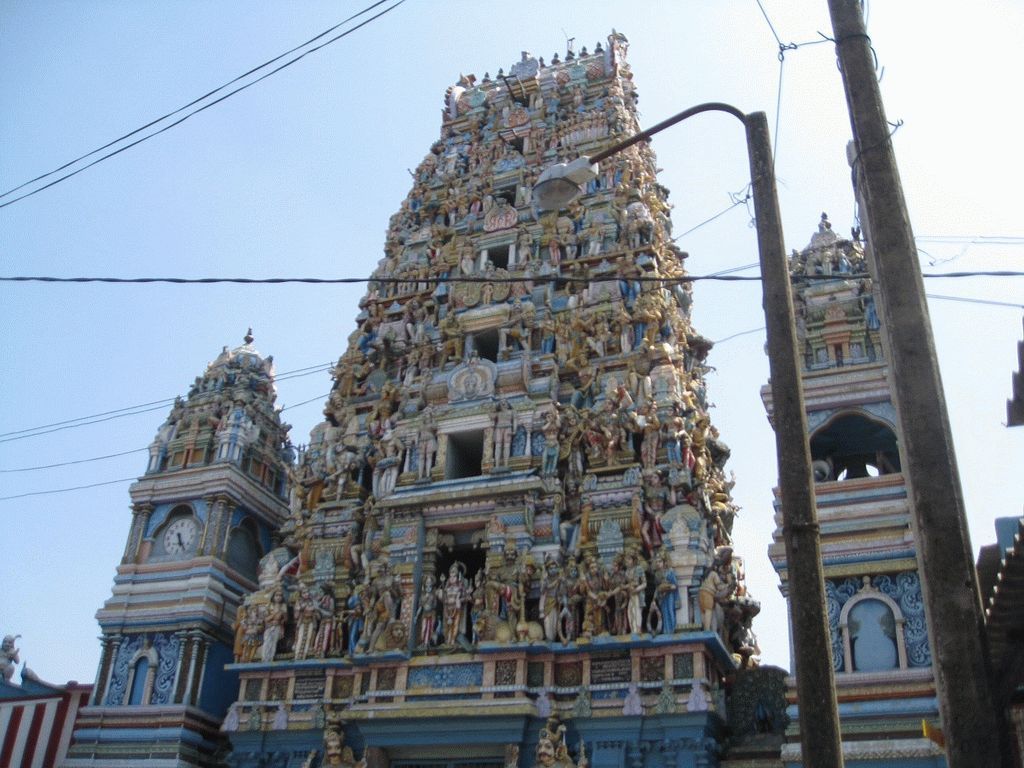 Visiting a place with such a poetic name, it is worth stopping by:

What else you should know about holidays in Colombo

If the hotel does not offer its customers free Wi-fi, and thus depriving them of the possibility of making calls through popular messengers, it will be better to use public phones. This option will be more economical than contacting your family from your room.

To make calls through a payphone you need to buy a card. Plastic with a face value of Rs. 100 or more is sold in supermarkets, shops and post offices.

READ
Praslin, Seychelles: where to go, when to go and what to see

To call the Russian Federation, you need to dial the code 007, then the city code and the number you want to call.

Cellular communication is possible here only in roaming mode.

As for Internet access, there are internet cafes everywhere within the city. 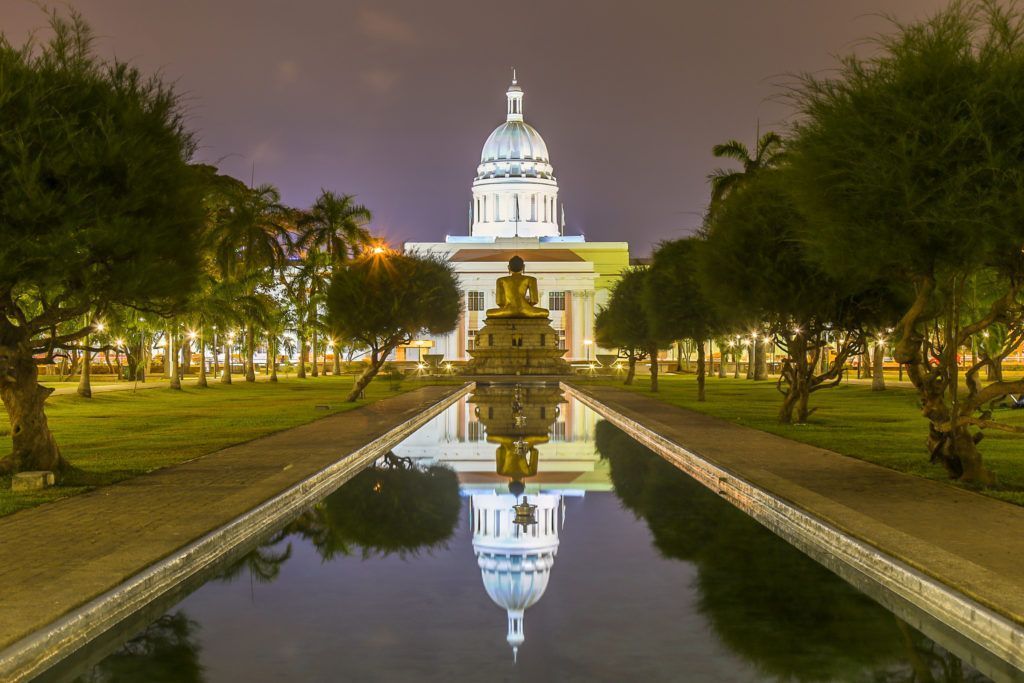 The tips for visiting Colombo are not much different from what you should consider when traveling to any Lankan city:

The peculiarity of local shopping is that the active haggling is not welcomed here. You can bring the price down, and then only slightly, if you can make the seller happy.

Take note: Do not buy the things you like at once, compare the prices in the neighboring stores. Often the price may be twice as much.

Colombo is a city that can be more than just a place on the way to the coast. It is worth lingering here. In addition to the city neighborhoods covered in the article, other metropolitan areas are worth checking out when traveling on vacation to Colombo, Sri Lanka. Borella, Bambalapitiya, Havelock, Maradan – each area offers different entertainment and attractions. A trip to Colombo is an opportunity to experience the atmosphere of non beach Sri Lanka.