11 things to see in Antwerp, Belgium

Antwerp, located in Flanders, is the second most populous city in Belgium after Brussels. This historic city is the archetype of a late medieval bourgeois-trade city. It was the center of international trade and big finance during the 16th century.

Even today, it is a city of great economic importance with many financial transactions . The port is even the second largest trading port in Europe. But a visit to Antwerp will above all allow you to discover its exceptional architectural, historical and cultural heritage. Thanks to its past and present importance, the city has attracted famous architects and artists. You’ll find excellent museums, art galleries, buildings and churches! What to do in Antwerp during your stay?

To help you enjoy your trip, we’ve compiled a list of 11 things to do and see in Antwerp!

Whether you arrive by train or not, your first stop when visiting Antwerp should be its famous train station! Located on Queen Astrid Square, near the center of Antwerp, it is considered one of the most luxurious monuments in all of Belgium and one of the most beautiful train stations in the world. 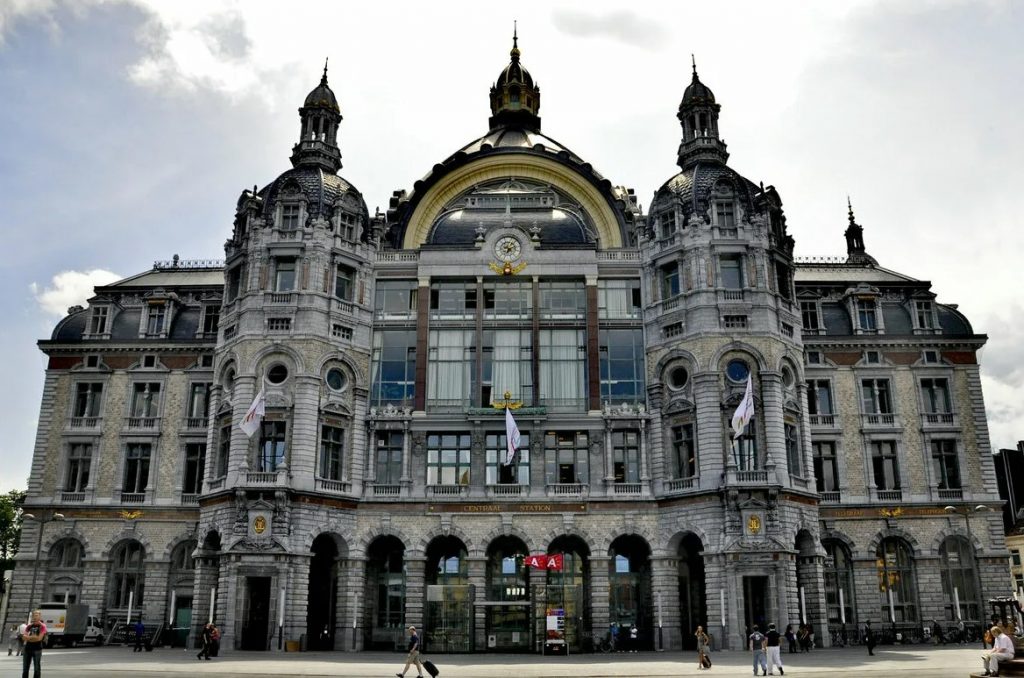 Behind the central station is the Antwerp train station, one of the most important in Belgium. The zoo, founded in 1843, now houses more than 950 species from around the world, such as penguins, cats and sea lions! 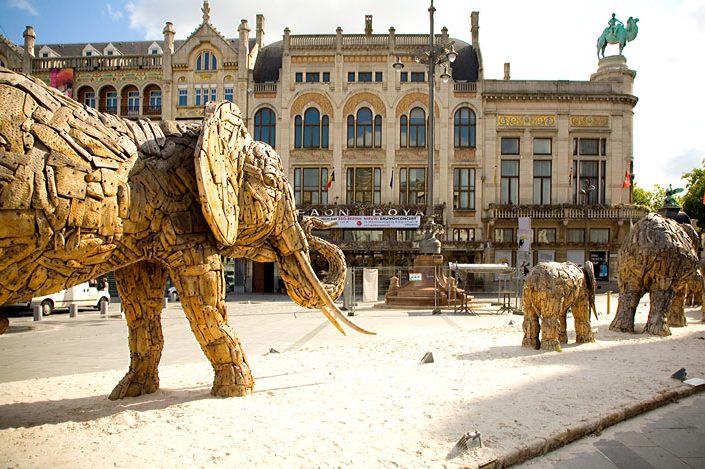 The Rubens House, Dutch for Rubenshuis, is the former home and workshop of painter Peter Paul Rubens (1577-1640). Created by the artist himself, it was inspired by the palaces of the Italian Renaissance. Today, his house houses a museum with 17th-century furniture, works by Rubens, his students and friends. 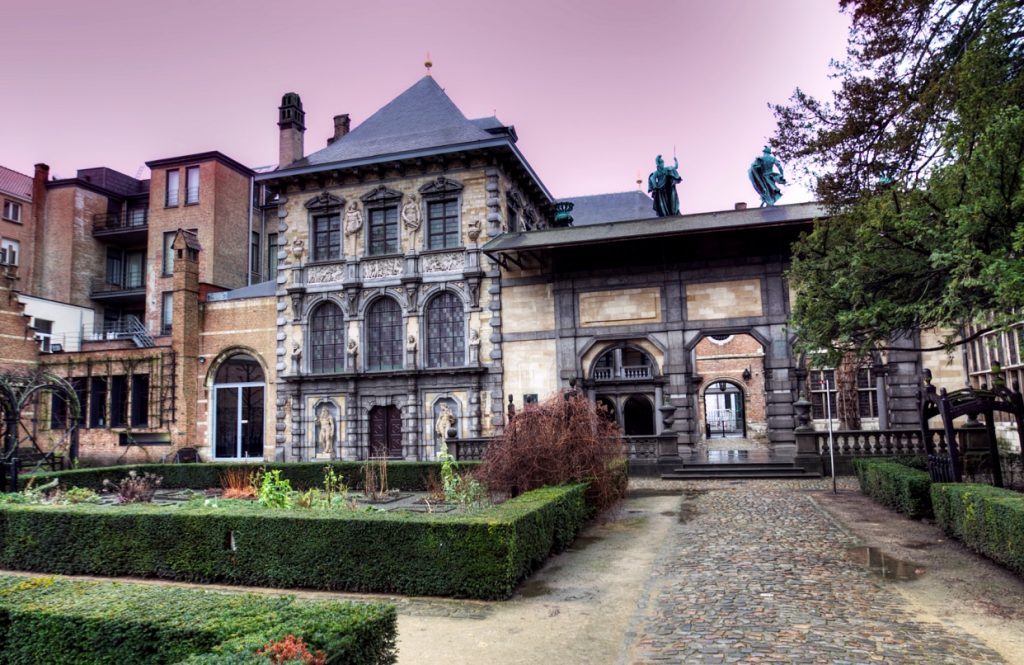 From the Central Station, passing by the Rubens House, you can take the broad avenue De Keyserlei, which leads to Le Meyr, the largest shopping street of the city. Here you will find many small stores, department stores and various boutiques housed in beautiful historic buildings, which is what makes these boulevards so charming.

Along the way, feel free to admire the magnificent Meir Palace. Designed in the second half of the 18th century by architect Jan-Peter van Baursheit, it was bought by Emperor Napoleon, who wanted to stay here, and later became the second residence of the Belgian royal family. 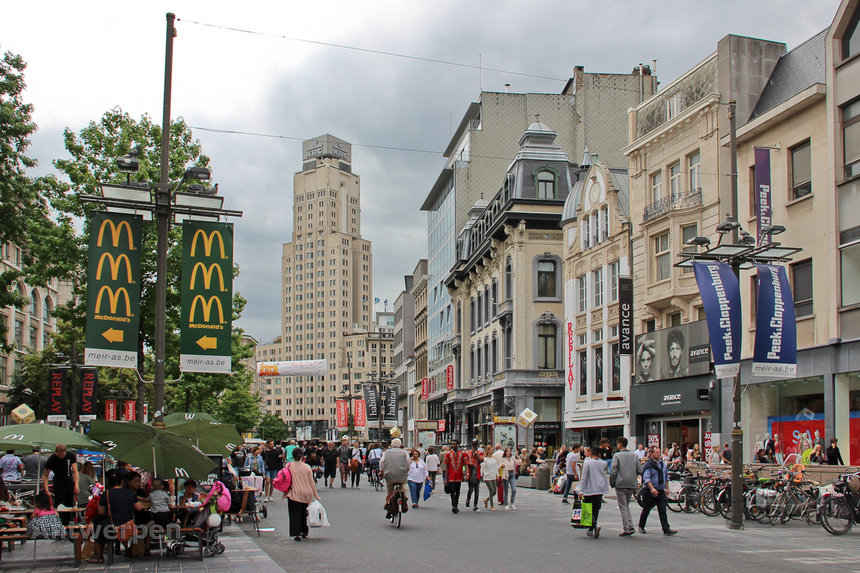 A visit to Antwerp also means discovering its many museums! Among them is the Plantin-Moretus Museum. This former printing house became a museum in 1877 and is still a UNESCO World Heritage Site! A visit will allow you to discover old maps, some of the oldest engravings in the world, an important library that also has a copy of the Gutenberg Bible, as well as some paintings by Rubens. 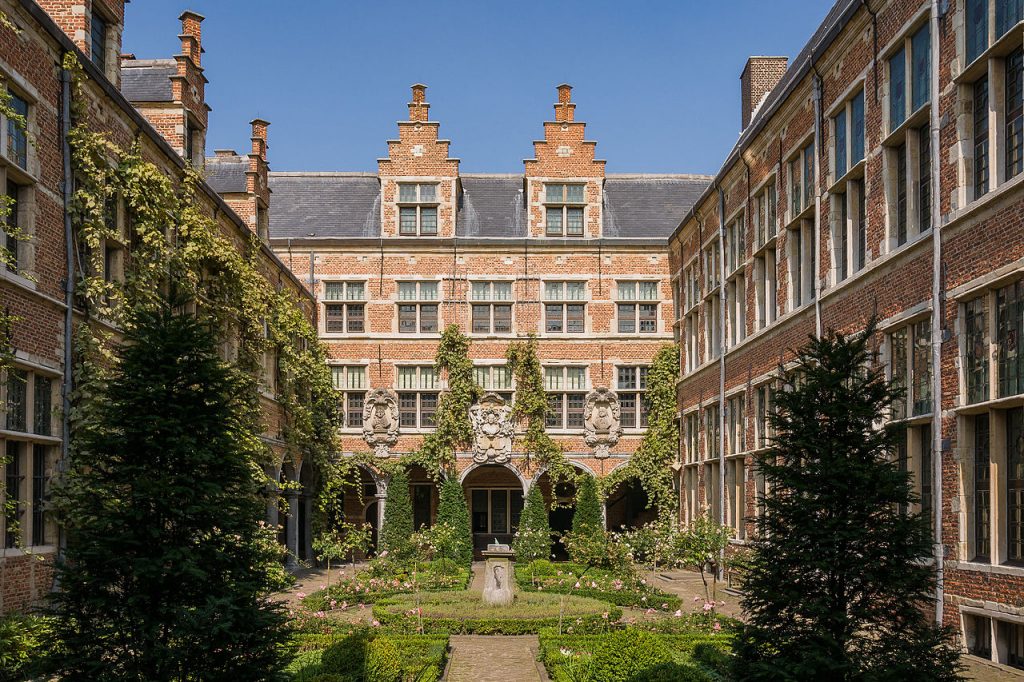 A visit to one of the most beautiful cathedrals in the country should be a must on your itinerary! The Notre Dame Cathedral, located between the Meir and the Grand Place, is not to be missed. From the outside you can admire its North Tower, which rises to the sky. Inside, the wealth of detail is stunning with this treasure of Gothic architecture. The construction of this Catholic cathedral, which began in 1352, took 169 years and today is one of the most visited and appreciated monuments in the city. 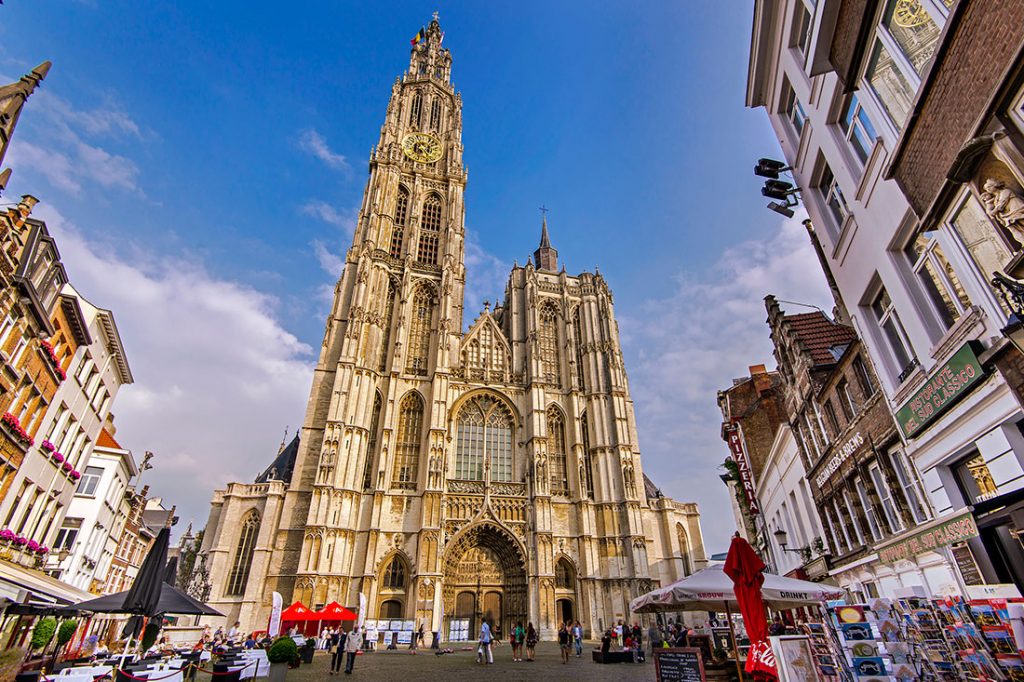 Built in the 16th century, the Grote Markt is a must-see in Antwerp. It houses the city’s second most important monument: the Renaissance and Gothic City Hall. On the square you can also admire the Brabo Fountain with a statue of the legendary Roman soldier who killed the giant. 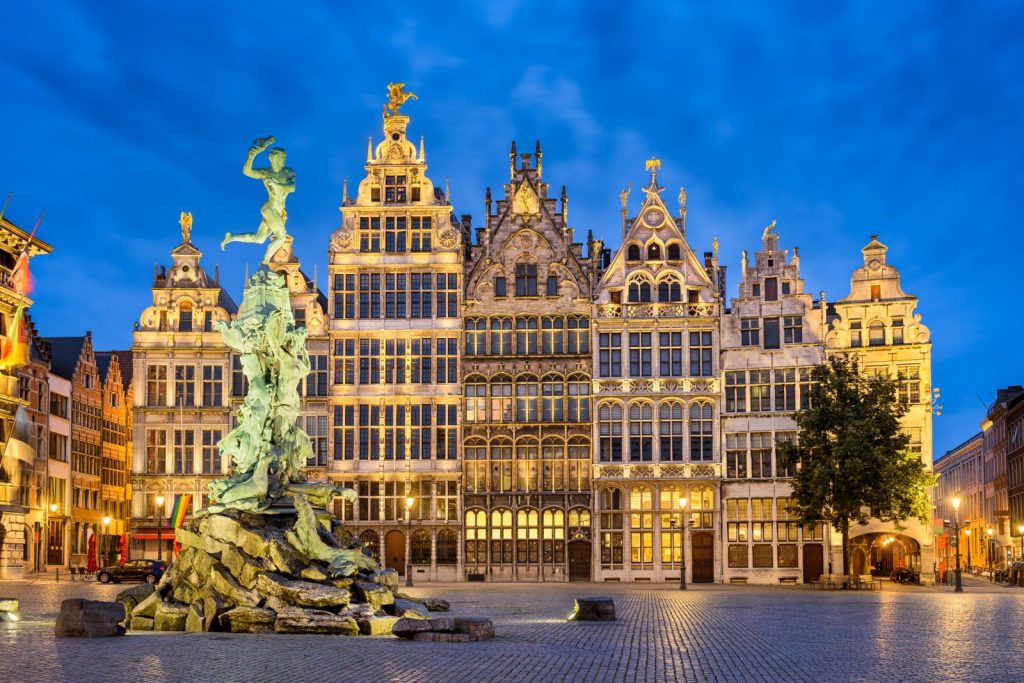 If you plan to visit Antwerp, you know that the Museum an de Stroom, also known as the MAS Museum, is definitely one of the most interesting museums in the city. MAS brings together excellent maritime, folklore and ethnographic collections, as well as applied art and antiques from the city of Antwerp. For an immersion in the history of Antwerp and beyond, you couldn’t ask for better! 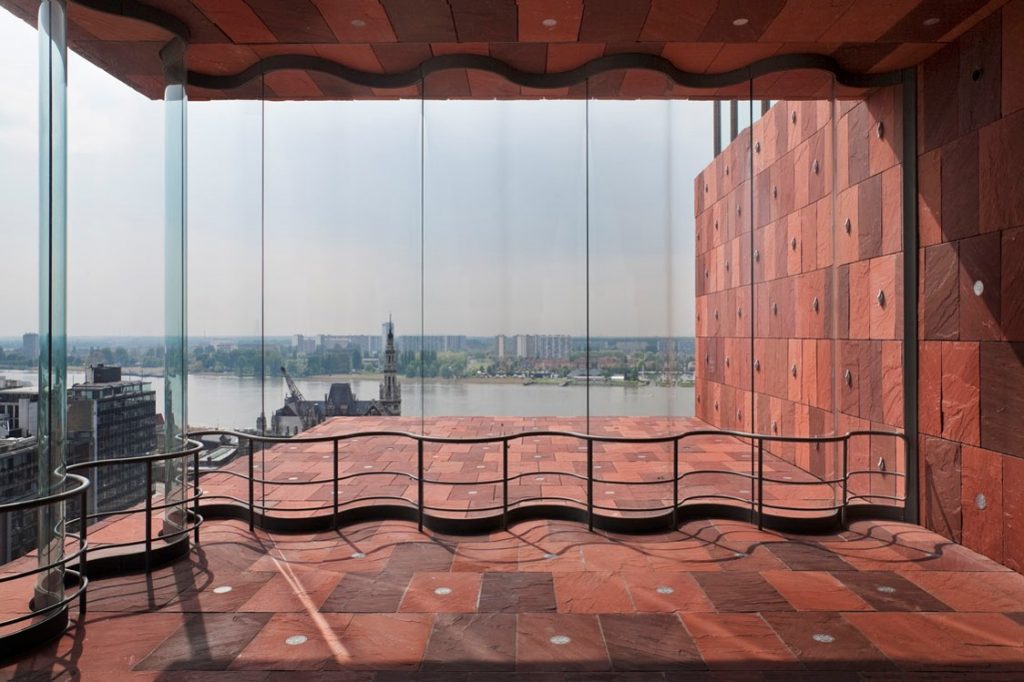 What to do in Antwerp? Drinking beer and eating delicious fries, of course! During your stay in this charming Belgian city, you can enjoy typical dishes accompanied by local beers such as De Koninck. Along the way, you can also visit a brewery in Antwerp. Sweet lovers can also order delicious waffles to stroll through the city center. 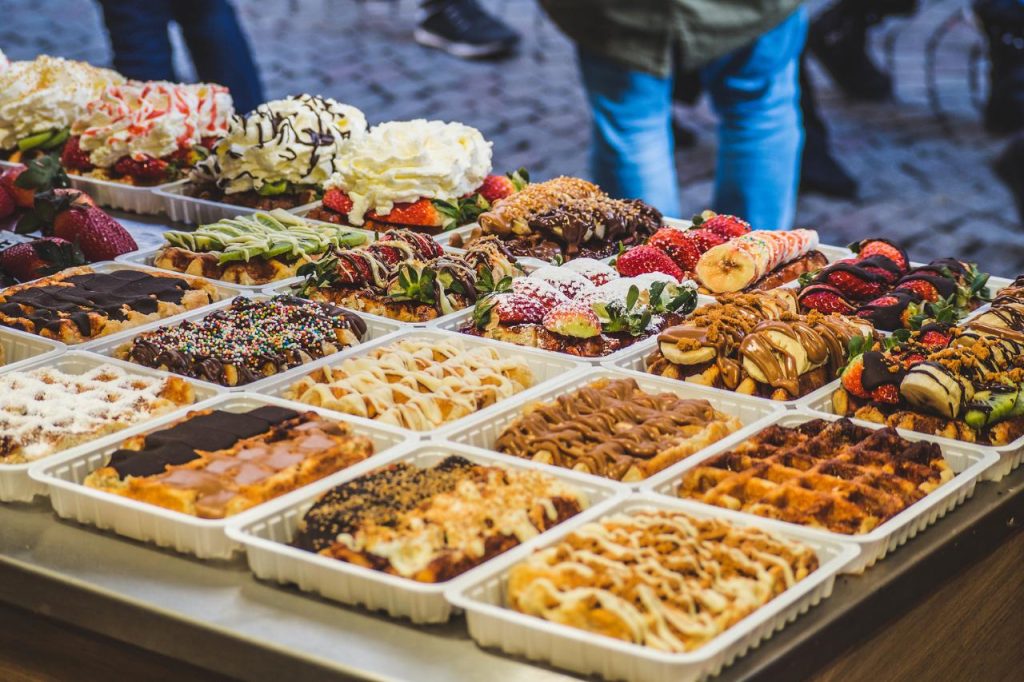 If you’re planning a visit to Antwerp, you should take a tour of this formerly fortified castle on the right bank of the Scheldt! It is the oldest building, built around 1200-1225. Its nickname “Het Sten” means “the rock” because it was the first stone building in the city! Photographers will appreciate this giant stone giant and the stunning statue at its feet. 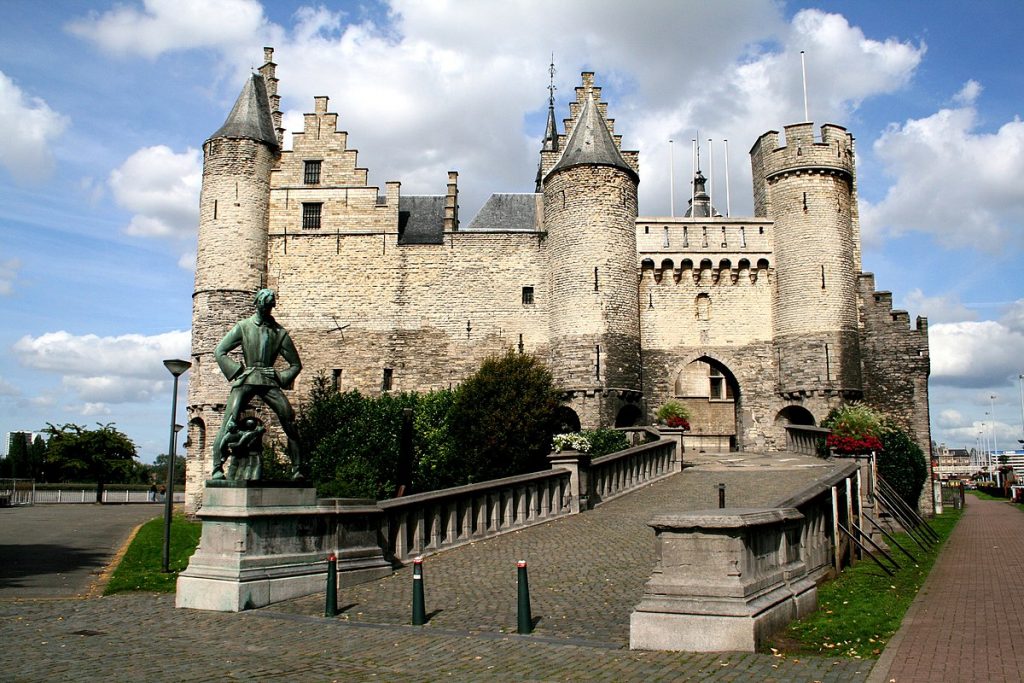 Are you still wondering what to see in Antwerp? The Red Star Line Museum is sure to interest history buffs. 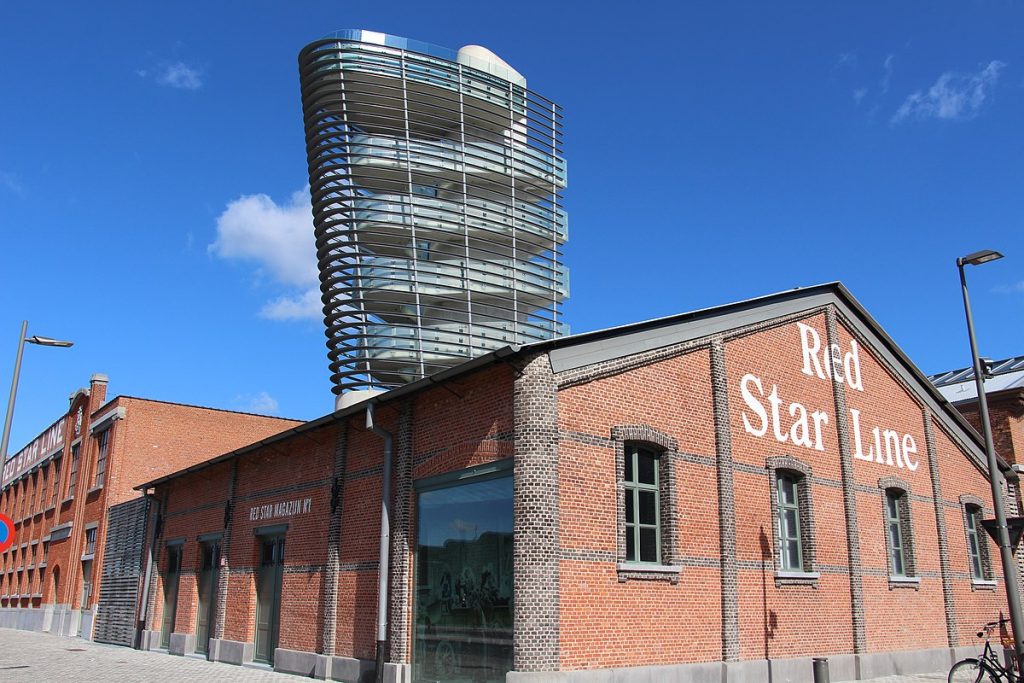 The hangars of the former steamship line house collections that showcase the stories of the many migrants who left Belgium for America on the huge Red Star Line ships! Also, at the end of your visit, a tower in the shape of a ship’s tube takes you to a platform with a great view of the city.