The territory of Switzerland is very small, but this does not prevent it to contain lakes, mountains, unique monuments and picturesque landscapes. Sights of Switzerland are truly breathtaking, they are worth seeing!

For the castle fans we highly recommend a visit to Luxembourg 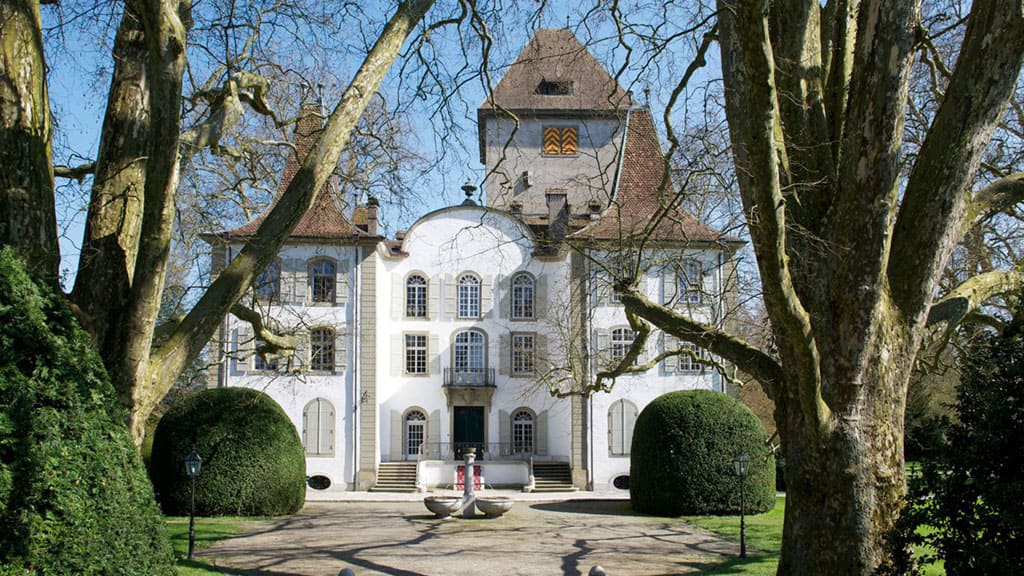 What was once a classic Medieval castle is now an elegant country residence. Breathtaking interiors can be seen by every visitor. The canvases that come into view have a long history, as do the three permanent exhibitions. A walk in the park outside the castle is sure to charm and inspire you to come again, the air there is saturated with tranquility and beauty! 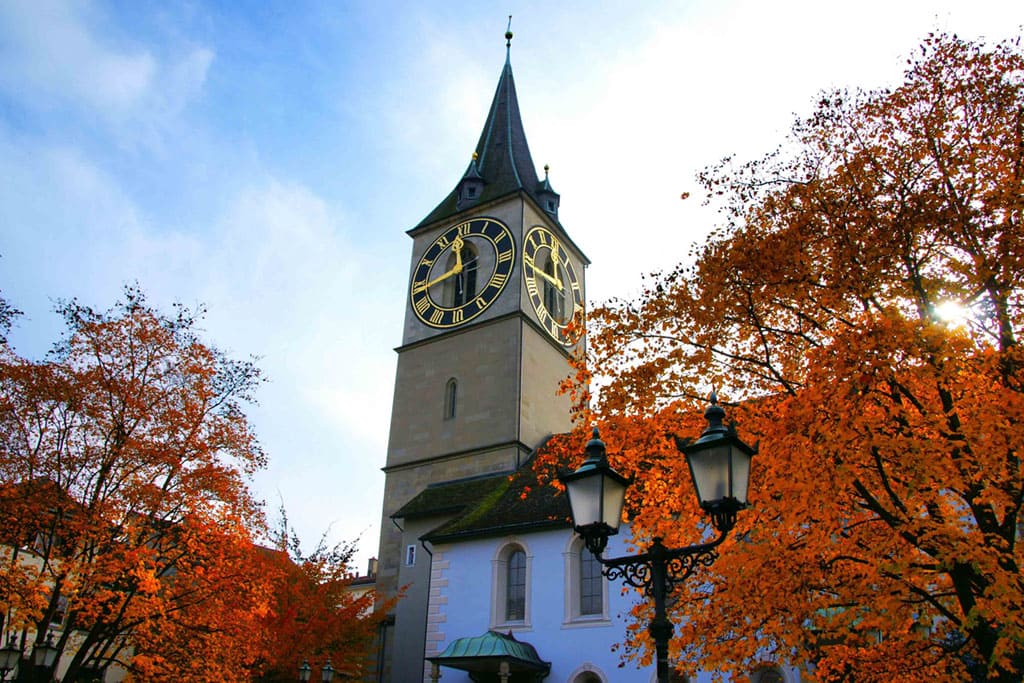 When visiting Zurich, you should definitely visit the oldest church. During its existence, it has been renovated and reconstructed many times. Now the church is the embodiment of different styles. Concerts that are held for visitors, be sure to accompany the play of the organ. Its sound penetrates to the very depths of the heart. And from the observation deck of the bell tower offers a breathtaking view of the city. 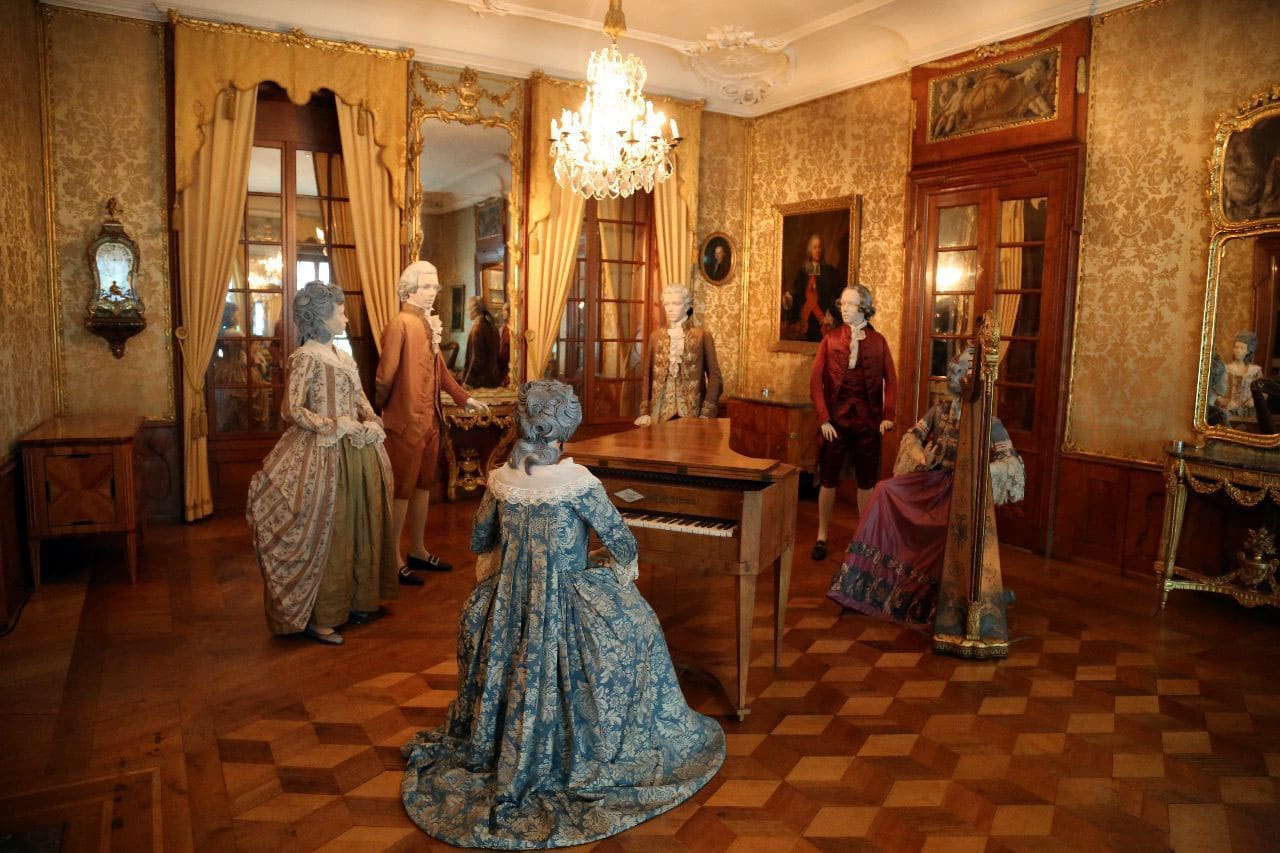 Sightseeing in Switzerland takes in the best features. The Historical Museum is no exception. It has collected various historical artifacts, which include paintings, ancient church objects, coins from Ancient Greece and Ancient Rome, and even the armor of medieval warriors. The exhibits were brought from different countries and continents, so they are sure to please every tourist. 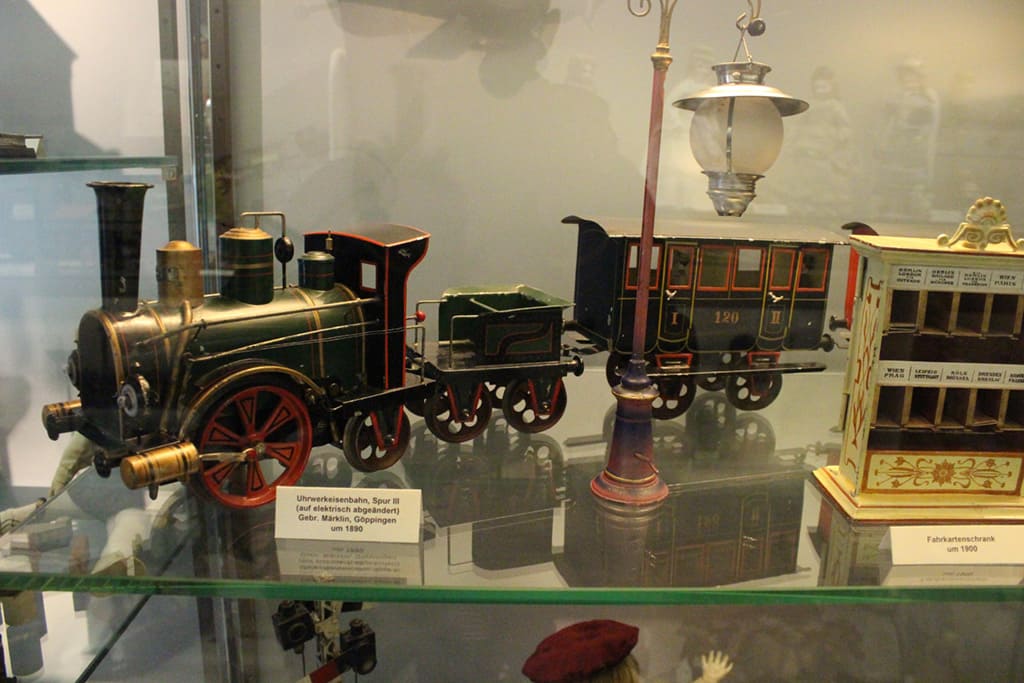 The sights of Switzerland are amazing. Walking around Zurich, you should definitely visit the Toy Museum. This is another reason to remember the atmosphere of childhood, awaken a child inside and enjoy the teddy bears, tin soldiers and even the railroad. You can trace in detail the evolution of the Barbie dolls. An old mansion, which is located in the museum, gladly opens its doors to tourists. 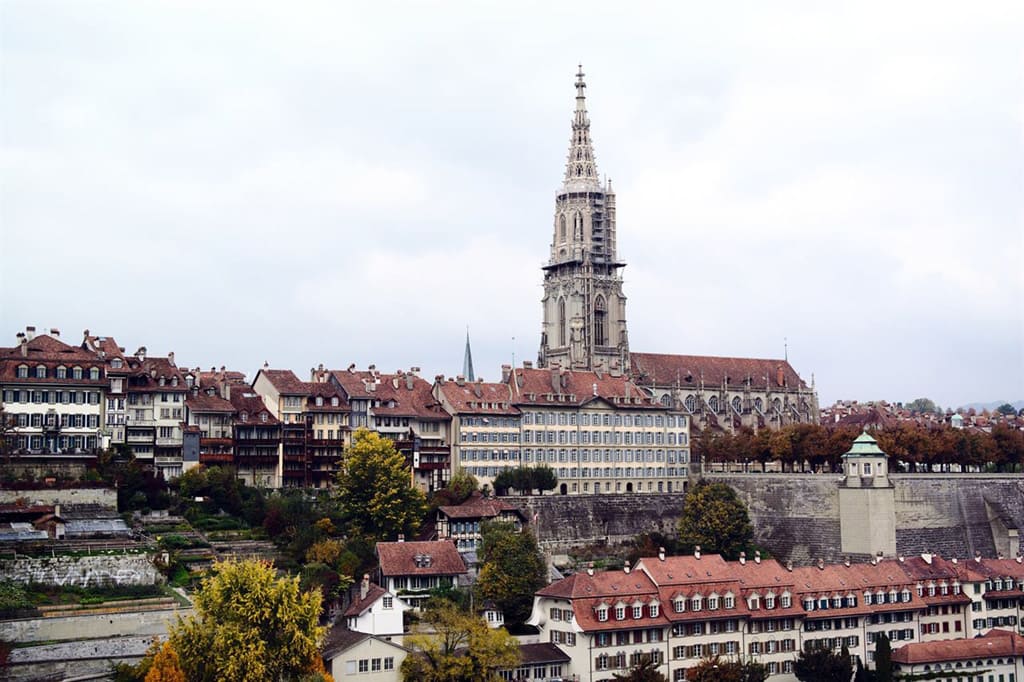 From the name it is immediately clear where this landmark of Switzerland is located. Bern Cathedral is an example of a temple of incredible beauty in the Gothic style. Its spire rises above the building as if it wants to pierce the sky, and bas-reliefs so accurately convey details of the scene of the Last Judgment that it is impossible to take your eyes away. If you climb the bell tower, you can see the largest bell in the country, weighing 10 tons.

For transport lovers, the question, “What to see in Switzerland?” can be advised by a museum whose visit is so fascinating that any tourist will enjoy it. With the right presentation and over 300 exhibits, it’s time well spent. The first thing to do is to visit the railway hall: models of railroads and locomotives of trains are sure to impress! The museum is rightly called the best in the world. 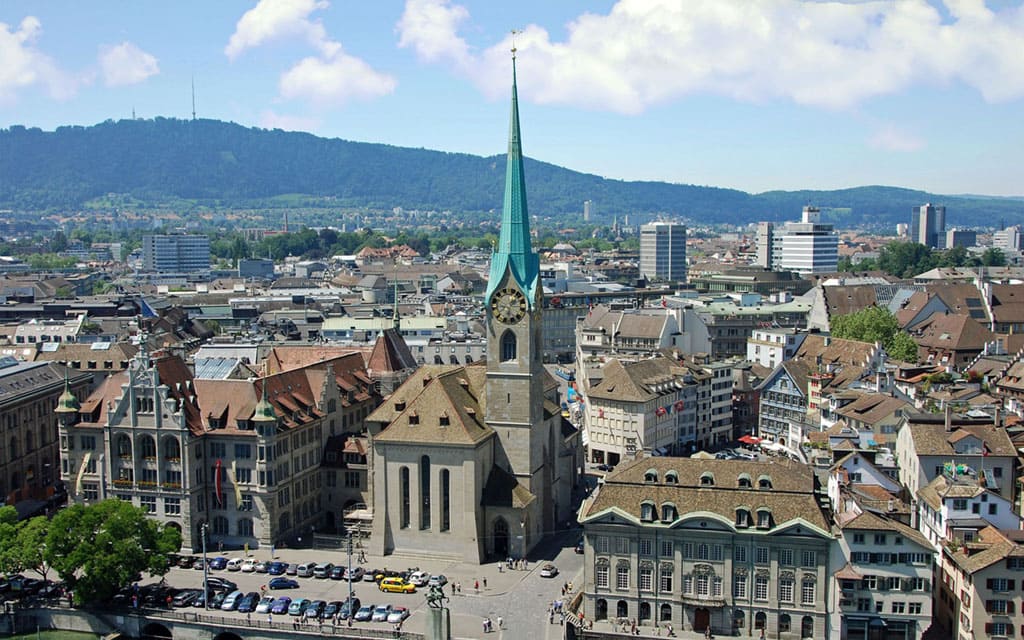 The appearance of the temple is more restrained in comparison with other cathedrals. This is logical, because there used to be a nunnery here. The church was subjected to changes, also here were held not only Protestant and Catholic services, but even Orthodox. There was no owner and the building was gradually falling apart. Now the Gothic temple pleases people with its exterior and interior decoration. 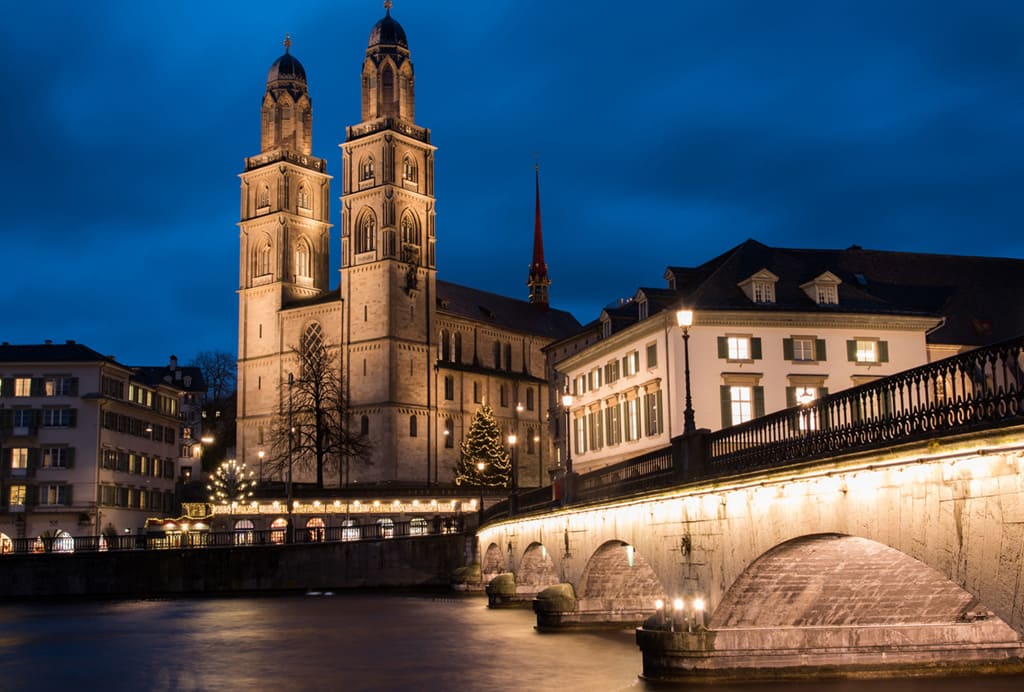 Among the religious sights of Switzerland, we should highlight the majestic cloister in the heart of Zurich. The twin towers that complement the famous cathedral give it an austere look. And the panorama that opens from the tower is worth overcoming the steps on the way up, and subsequently visit this place again and again, each time leaving with a new palette of unforgettable emotions. 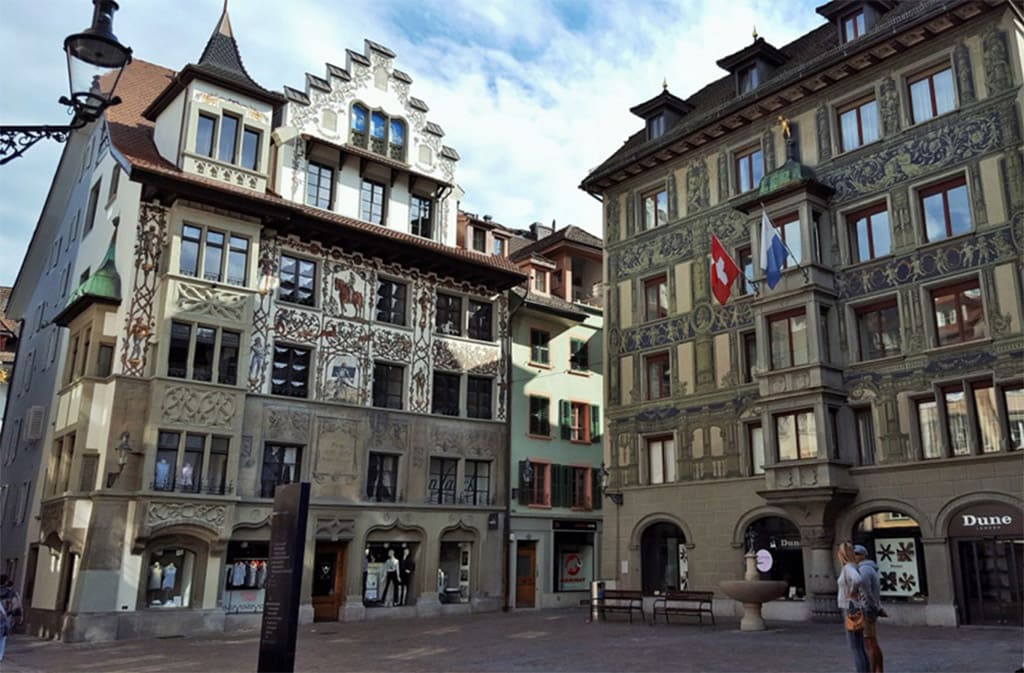 The knight’s palace is the epitome of graceful Renaissance style. Medieval-style furnishings, which is accompanied by vacant half-empty corridors, original paintings of great masters – all this meets the path of those who decided to walk through the palace. If you come here in sunny weather, you can admire the way the light floods the rooms. It will transport you to an era of yesteryear. An atmosphere of coziness is definitely ensured!

10. Museum of Natural History in Bern 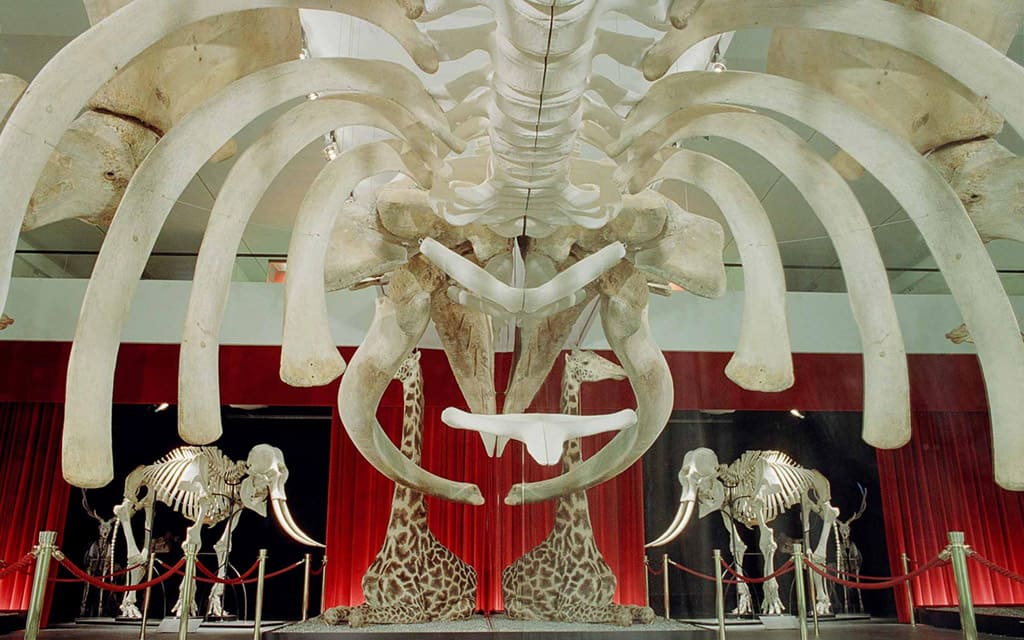 Gold ingots, fallen meteorites, various invertebrates and animal skeletons – the museum boasts it all. The most popular exhibit is the dog Barry. According to rumors, the Saint Bernard saved over 40 people in the Alps. In memory of the rescuer opened a special exhibition. For more realism while visiting the halls visitors will be able to feel smells, hear sounds, fully experiencing aspects of life.