10 things to do in Milan 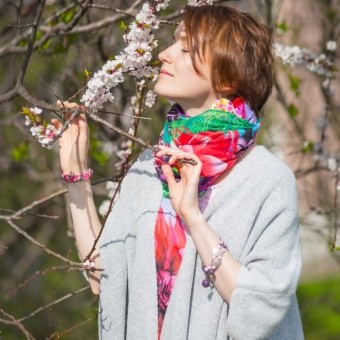 A city more than two and a half thousand years old today is almost devoid of sights linking it to antiquity. During its long life, Milan has been practically wiped off the face of the earth many times. Each time rebuilt anew, Milan has acquired an appearance corresponding to the era. Today, the architectural masterpieces of the Middle Ages and Renaissance rest humbly among the buildings of later centuries. You can imagine that this is a kind of game: find us, visitor, guess, guess, and as you guess, you’ll be lucky. As in any other Italian city, Milan has iconic, symbolic places, which can not be missed.

1. To see Milan from the roof of the Duomo

The Duomo’s openwork walls of white marble with arrow towers rise in the heart of Milan. The cathedral, in a Gothic style rare in northern Italy, was built for almost six hundred years, from 1386 to 1965. It is interesting that during these centuries the style of construction was not changed. This magnificent building is comparable with an elegant giant box. The outside and inside of the cathedral are decorated with three thousand statues. Every November, the Quadroni di San Carlo, a cycle of paintings depicting the life and deeds of St. Carlo Borromeo, archbishop of Milan who lived in the 16th century, is on display inside the cathedral. Many tourists are attracted not only decoration of the Duomo – you can climb to the roof of the cathedral and from behind the spires of its towers to admire the views of the city. A breathtaking spectacle. 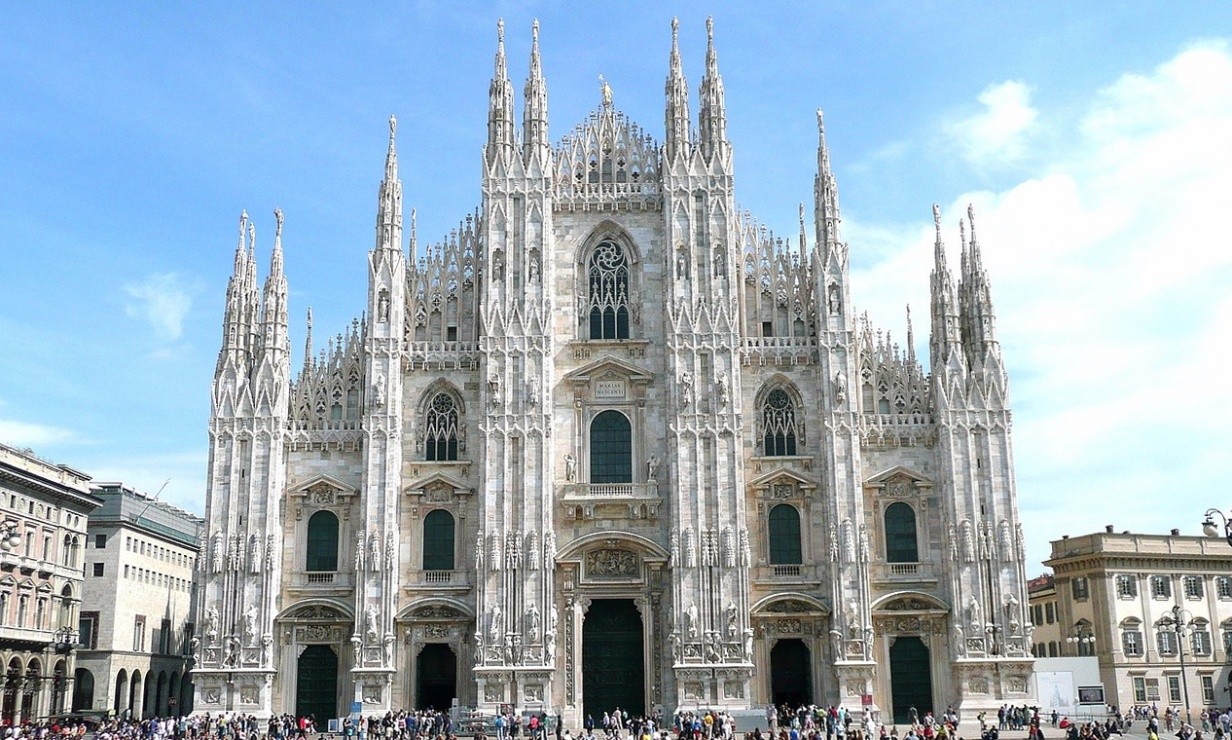 2. Make a wish in the Gallery of Victor-Emmanuel II

Next to the Duomo stands a huge and at the same time elegant building of one of the first European passages – the Galleria Victor-Emmanuel II. This architecturally marvelous building reminds you that Milan is, among other things, the fashion capital and Europe’s famous shopping destination. Under one roof there are stores and boutiques of the most famous brands in the world: Prada, Dolce&Gabbana, Gucci, Louis Vuitton. The gallery has many cafes and restaurants, concert venues and even a hotel. But while the stores and cafes are only open during the day, the gallery itself is open 24 hours a day.

The building is beautiful inside and out, and the most famous place is the central hall with the mosaic floor. In the center of the hall, a bull is depicted on the floor. According to the belief, if you stand on a certain spot of the bull’s figure and turn around on your heels, you will return to Milan. It is not difficult to find this place – from numerous rotations there is a dent in the bull’s image. 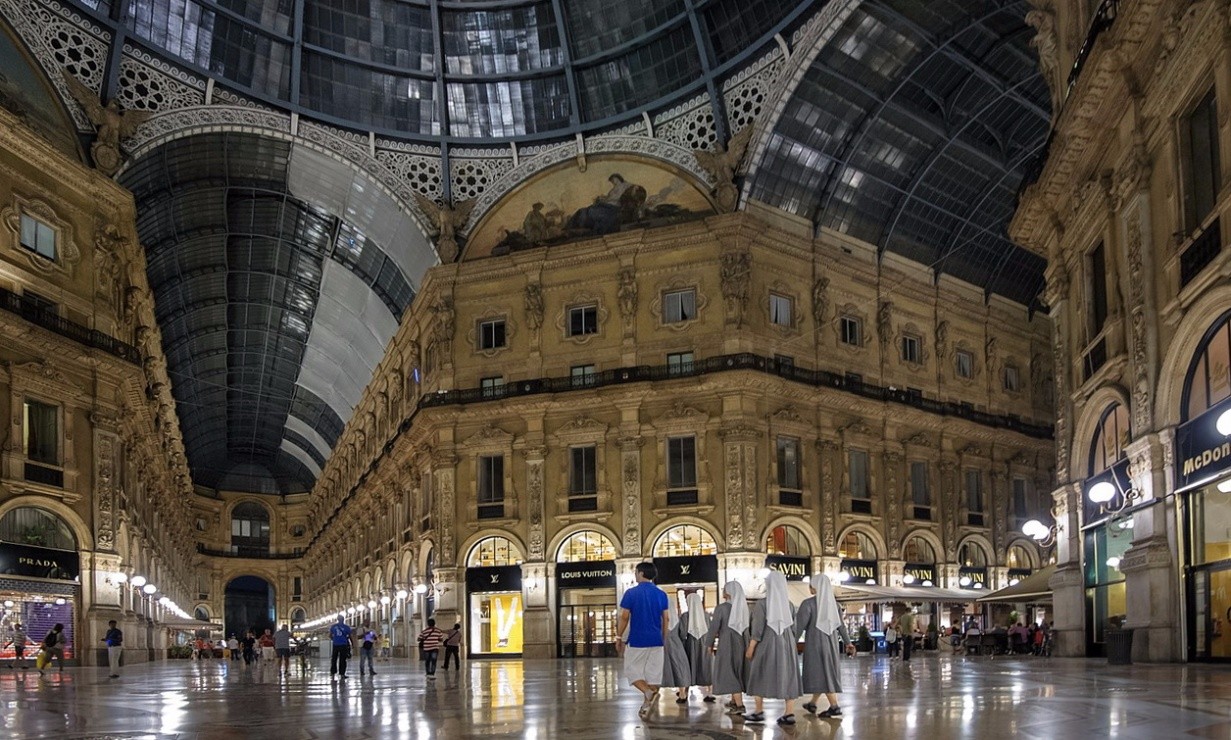 Find a piece of Moscow in Sforza Castle

Castello Sforzesco, or Sforza Castle, one of Milan’s symbols, is a ten-minute walk from the Duomo. It’s hard to believe, but at the time the castle was being built, this place was a suburb. The residence of the rulers of the capital of Lombardy resembles the walls of the Kremlin in Moscow: the bifurcated teeth on the walls and towers were indeed a model for the fortress walls in the Russian capital. During the Sforza dynasty the castle became a symbol of tyranny for the Milanese; they even demanded that it be pulled down. But Napoleon, who was approached with this demand, ordered to arrange a park around the castle, it surrounds the fortress today. 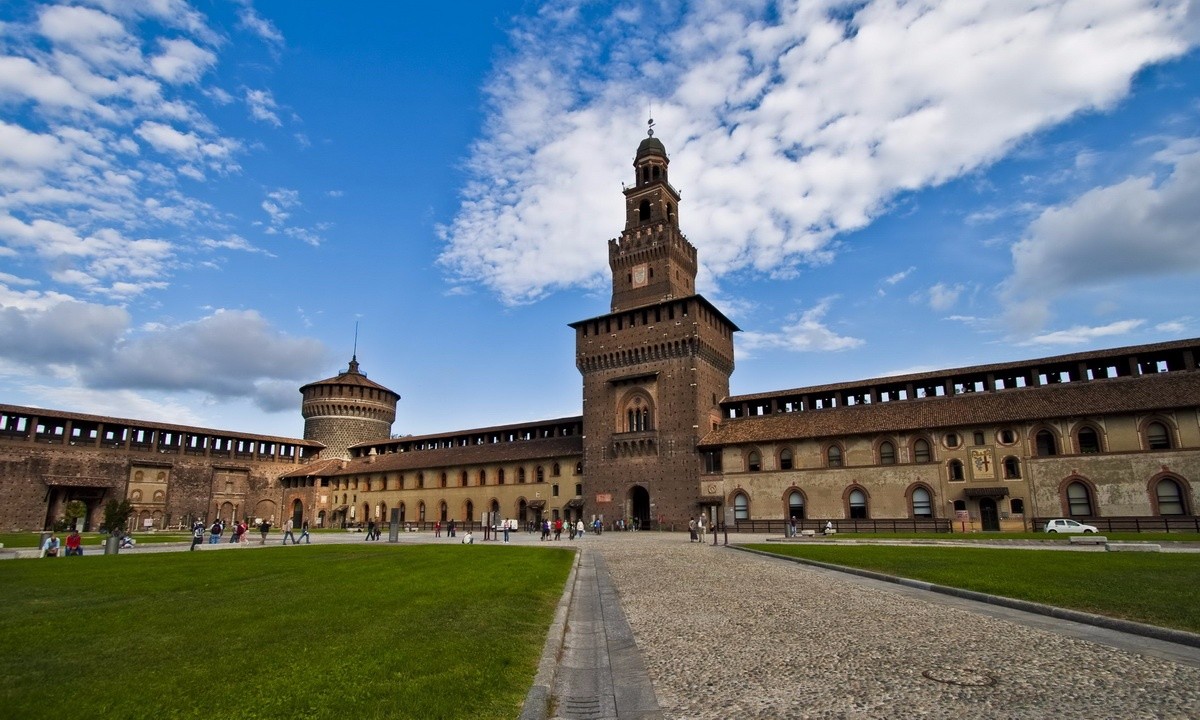 The great Leonardo da Vinci served at the court of the Sforza dukes. The Dominican monastery built the church of Santa Maria delle Grazie and commissioned a fresco from Leonardo for its refectory. The artist fulfilled the order brilliantly, but the fate of the fresco was rather dramatic. Paints over time began to flake off, the monks decided to break through the door in the wall with the fresco and cut off a fragment of the lower part. The Last Supper was unlucky during the Napoleonic Wars and World War II. The last large-scale restoration corrected all the mistakes of the past and tried to preserve the fresco. Experts say that today’s “Last Supper” is only a shadow of the written masterpiece, however, the fresco is alive and attracts many tourists. To see it, you must reserve a seat in a group of 25 people.

READ
Holidays in Bulgaria by Own Car 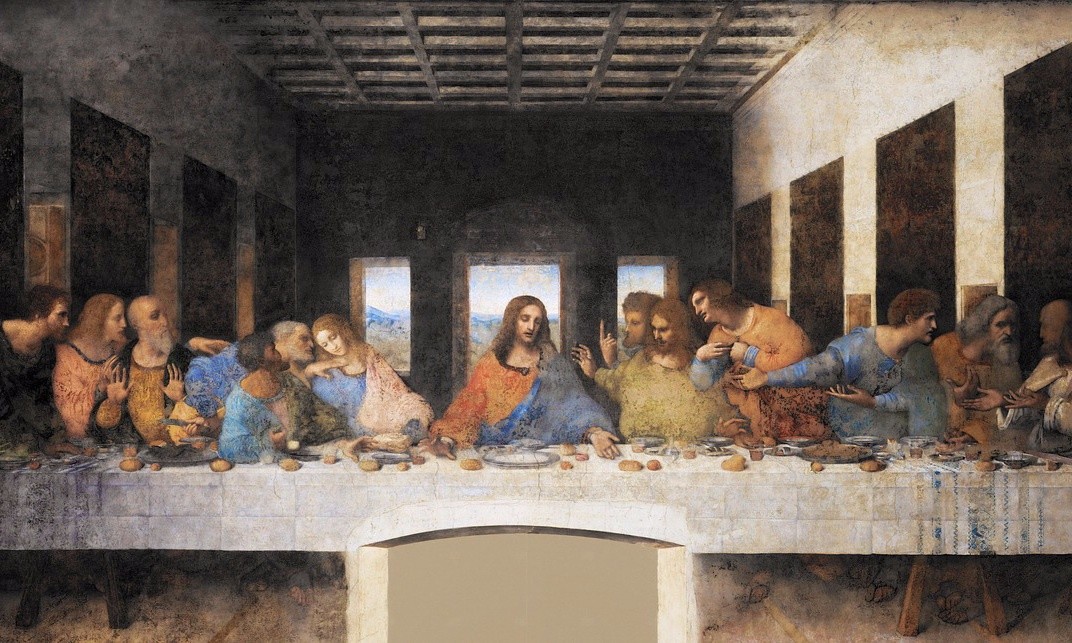 5. Immerse yourself in the world of Italian painting

The famous Pinacoteca Brera in 38 rooms consistently traces the development of fine art in Italy. The works of famous masters, including Tintoretto, Raphael, Vittore Carpaccio, Donato Bramante, Ambrogio Lorenzetti, are presented in chronological order and by school. 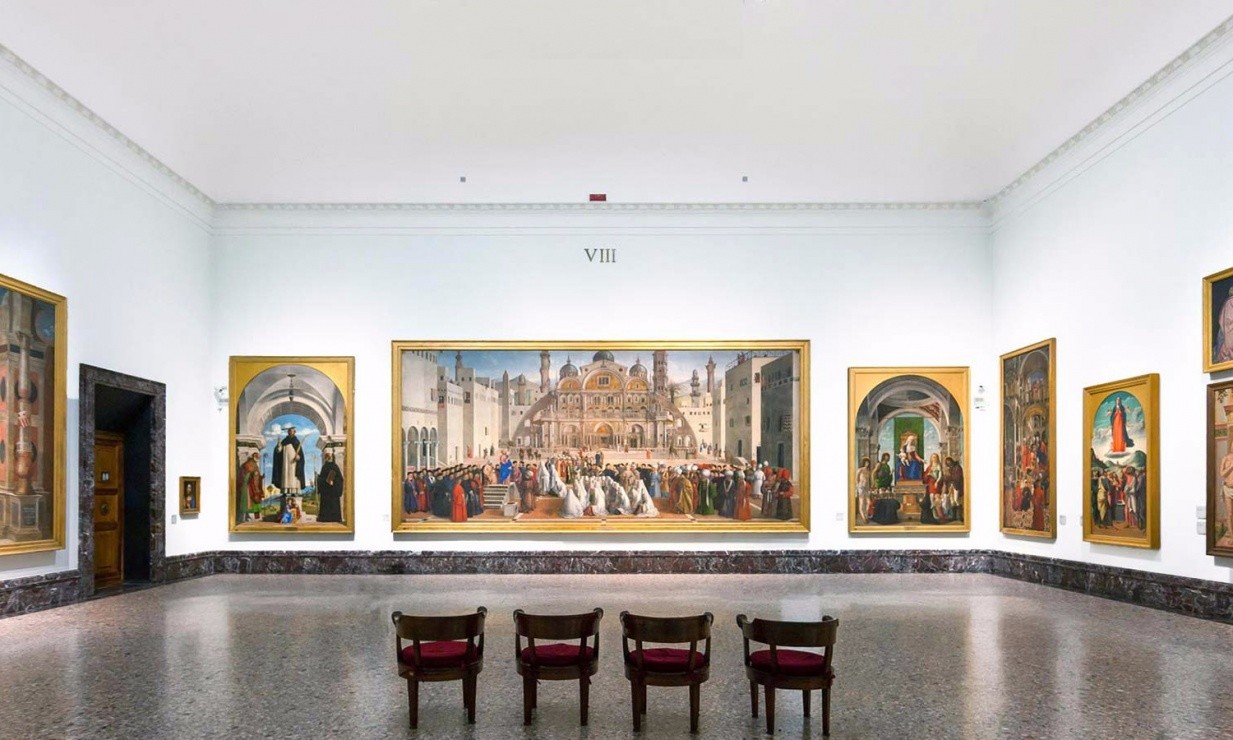 6. A glimpse into the distant past at the Basilica of Ambrosian

One of the oldest attractions in Milan, St. Ambrose Basilica has stood in its place since the 11th century. The ancient church was built on the site of an even older temple. In today’s basilica, in addition to the XIII century mosaics of the apse and the medieval sculptural decoration, you can see the Golden Altar, created in the IX century. The basilica was built in the Romanesque style, characterized by a long atrium at the entrance, two towers on the right and left. In the Basilica of Ambrose rest the relics of its founder, St. Ambrose. 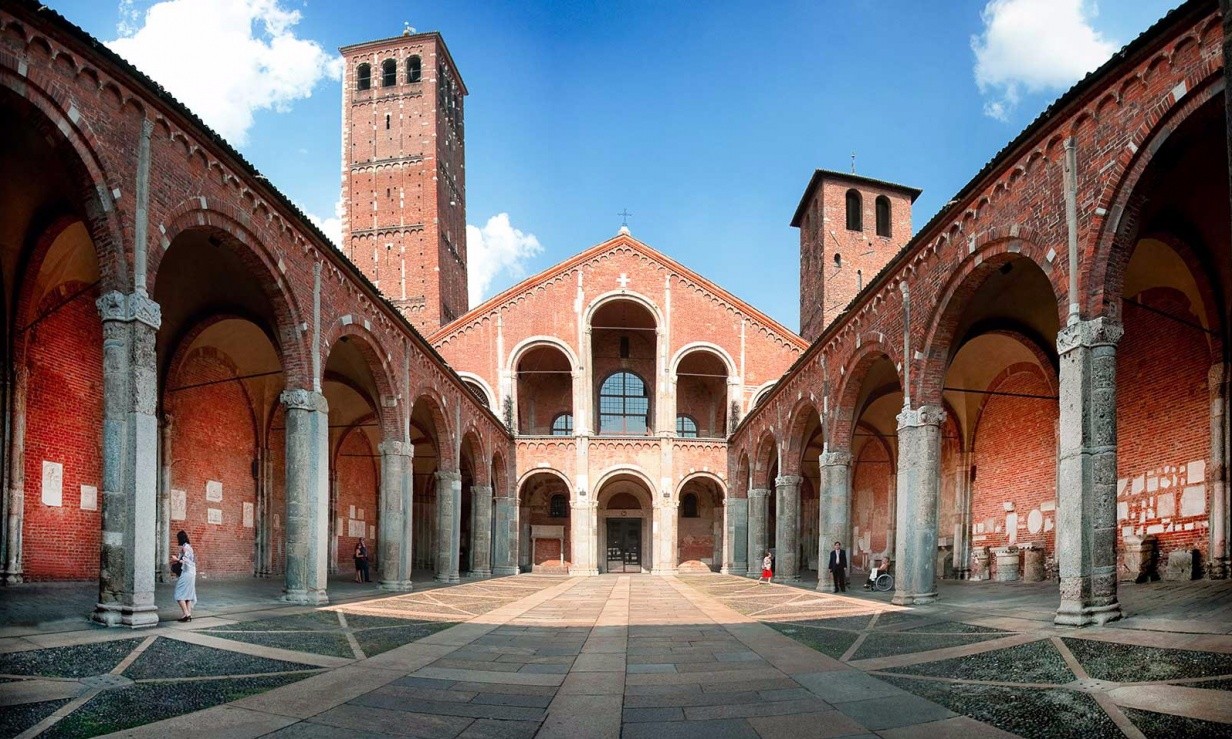 7. Enjoy the beautiful things at the Museo Poldi Pezzoli

The Poldi Pezzoli Museum’s collection is so rich that it seems as if it was created a long time ago. In fact, it is just over a hundred years old, born from a collection assembled by the aristocrat Gian Giacomo Poldi-Pezzoli. The museum’s halls display examples of paintings from the Middle Ages, Renaissance, Baroque and Rococo. A collection of weapons, armor, tapestries, and furniture is represented. 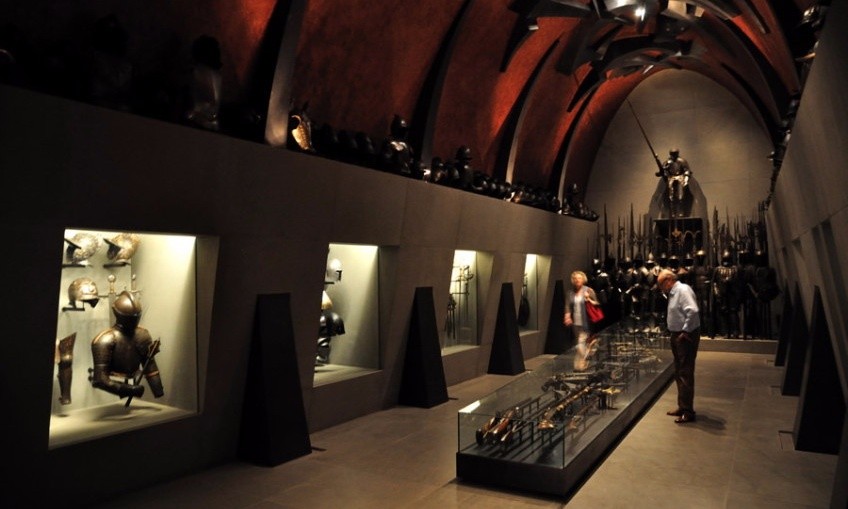 8. Get in touch with Antiquity in the Basilica of San Lorenzo

The Basilica di San Lorenzo was built in the 4th century and was reconstructed many times after that. The original baptistery, the twelfth century bell tower and the architecture of the church are still intact. One of the chapels contains late antique mosaics and around the church we can see the ancient Roman columns, a remnant of the baths of Emperor Maximilian. 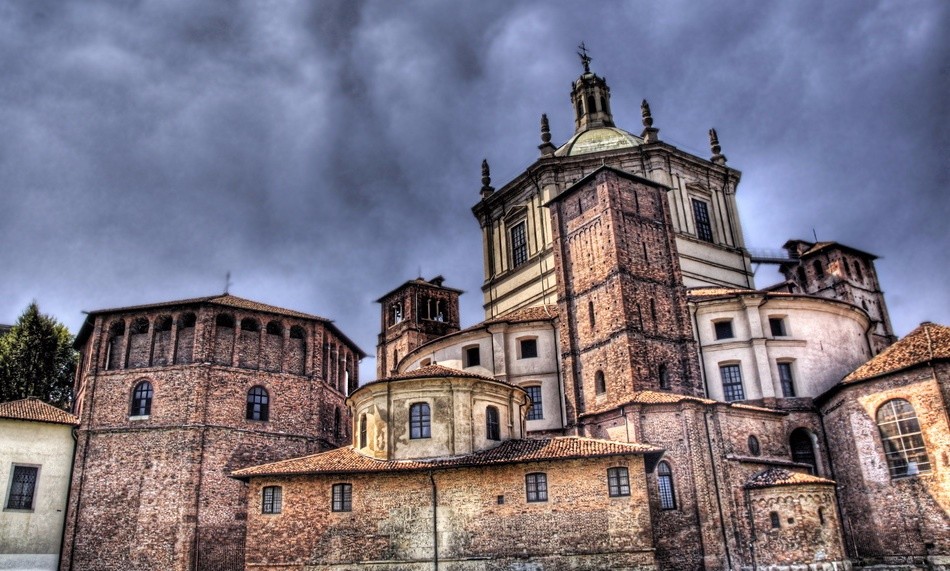 Milan’s world-famous La Scala Theater is a long-standing and undisputed mark of excellence in the art of opera. The best operas by Verdi, Puccini, Rossini, and Donizetti have seen the light of day here. Arturo Toscanini, Guido Cantelli, Riccardo Muti have stood in the conducting seat. If for a singer to sing at La Scala is a sign of recognition of his skills, for a spectator to hear an opera at this theater is a sign of excellent taste and prestige.

READ
Visiting Santa Maria Novella, Italy: how to get there, prices and tips

10. Learn about the development of scientific thought

The Leonardo da Vinci Museum of Science and Technology opened in 1953 and is one of the largest in Italy. The museum collection is divided into seven sections: materials, transportation, energy, communications, art and science of Leonardo da Vinci, science for the young, new frontiers. This museum houses the largest collection of models of machines and mechanisms designed by Leonardo’s genius. Many sections hold master classes and open lab demonstrations.