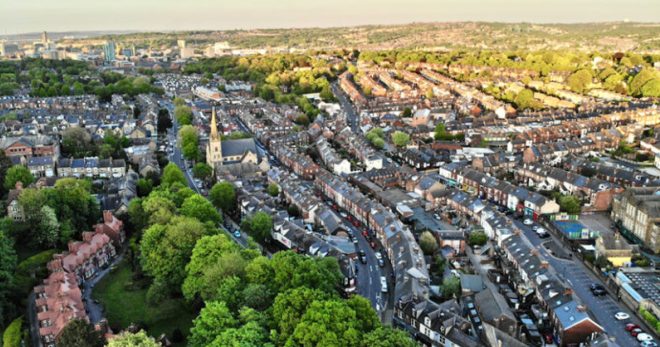 Known worldwide as the Steel City, Sheffield was famous for its industry during its heyday in the 1900s and remains a city of innovation in Britain today. However, the smokestacks are no longer here. Instead, tourists will see a green, modern cityscape set against the backdrop of the impressive Peak District National Park.

What is the city of Sheffield famous for?

Since the Middle Ages, Sheffield’s blacksmiths have smelted local iron ore with charcoal from nearby forests, and the excellent local sandstone was used for sharpening stones. Chaucer as early as 1478, in The Canterbury Tales, describes the “Sheffield spatula,” the forefather of the modern pocketknife.

Today Sheffield is known for knives, all types of cutting tools, weapons and the production of high quality steel. Sheffield’s exquisite cutlery made in home workshops is still exported around the world.

The fourth largest city in England, Sheffield is located about 56 km south of Leeds and 260 km northwest of London. At the foot of the Pennine Highlands, where the city of Sheffield is located, the four streams Sheaf, Porter, Rivelin and Locksley converge in deep valleys to form the River Don. 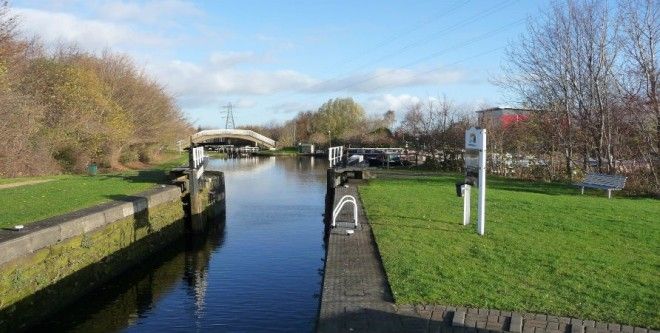 The area has an oceanic climate with fairly cold rainy winters and mild relatively rainy summers. The average temperature of the coldest month in Sheffield (January) is +4 °C and the warmest month (July) is +17 °C. The lowest is -9.2 °C, the highest is +35.6 °C, recorded in July 2019.

Located in the Peak District, Sheffield combines vibrant city life with easy access to nature and the true English countryside. Here are a few highlights to help you explore the most interesting places in Sheffield:

Explore some of the top-rated hotels in Sheffield, with easy access to the best shopping, dining, and attractions in the city:

Take a culinary journey around the world without leaving Sheffield, as a great selection of restaurants from all continents await visitors in this city. Visit:

From Sheffield handicrafts made by local artisans and vintage treasures to designer boutiques, there’s a lot to see and do here. A quick trip outside the city center and you’ll find an eclectic mix of stores and shopping spots worth your time. They include: 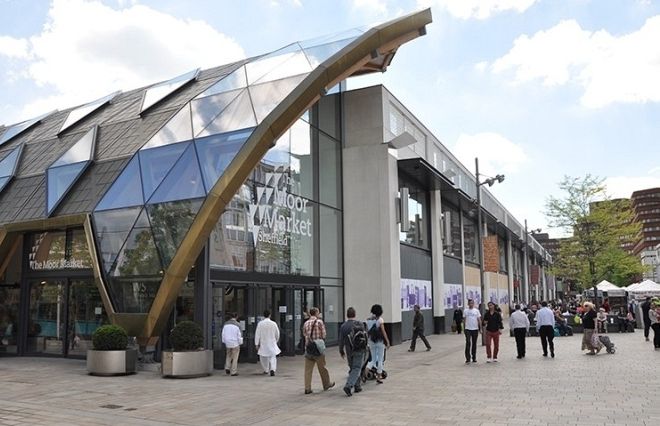 Visitors to Sheffield will have no trouble getting around the city. You can use the Stagecoach Supertram network or take a local bus. Their network is extensive and no corner of the city is missed. 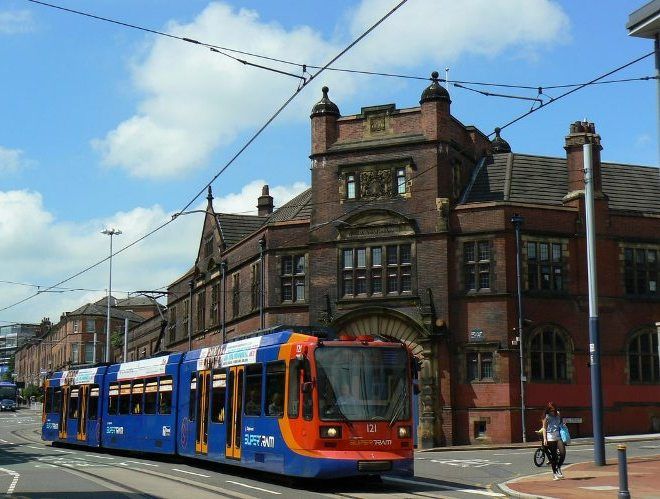 How to get to Sheffield?

With 4 international airports less than an hour away, Sheffield is very easy to reach from abroad:

Traveling in the UK, Sheffield is easily accessible by train from anywhere in the country.

Top 10 things to do and see in Sheffield

Top 10 things to do and see in Sheffield

Once an industrial giant known for its steel production, Sheffield is now a thriving city with more trees per person than any other city in Europe. Visit the Steel City in England and experience the cultural and historical attractions. With the largest theater complex outside of London and a thriving music scene producing some of the best acts to grace the international stage in the last decade, Sheffield does its best to entertain.

One of the most visited free attractions in the UK, the Millennium Gallery is an art gallery and museum in downtown Sheffield. The museum displays permanent and changing exhibitions throughout the year, including touring exhibitions from such places as the Victoria and Albert Museum in London. The museum’s permanent collection includes the Ruskin Collection, created by John Ruskin to inspire Sheffield’s workers, and the Metalworks Collection, which features a wide range of Sheffield steel products. The Millennium Gallery offers an important contribution to the city’s art and design scene.

The Winter Gardens is a large indoor garden with more than 2,500 species of plants from around the world. Located in the city center, the Winter Gardens is located in the largest urban greenhouse in Europe and is one of the largest greenhouses in the UK. The building is 70 meters long and 22 meters high and was designed by the architectural firm of Pringle Richards Sharratt. All made of glass and wood, the structure is a trademark in its own right and has won several awards for design and innovation. Take shelter from the rain or watch the sunlight shine through the many glass panes; free admission.

READ
How people celebrate the New Year all over the world

Go to the theater.

Sheffield’s theaters, consisting of the Lyceum Theatre, the Oaks Theatre, and the Studio Theatre, are all located in Tudor Square in downtown Sheffield and make up the area’s largest theater complex outside of London. So there is no precedent for boredom in this part of the city, and there are plenty of performances. The theaters use everything from classic drama, musicals, dance and comedy all the time, and won awards for best regional theater in 2013 and 2014.

As one of Sheffield’s only Grade I listed buildings, Sheffield Cathedral in downtown Sheffield is indeed a building of particular interest. Construction on the cathedral site began in the 12th century, and the cathedral itself was slowly built over several centuries. Originally dedicated to St. Paul, part of the church has stones dating back to the 13th century, while the glass windows of the lantern tower are examples of abstract art from the 1990s. Visit the cathedral in Sheffield to see a light filter through colored glass, take a tour and see the swords of the York and Lancaster regiments in St. George’s Chapel.

Tropical Butterfly Center The Wildlife and Falconry House, near Sheffield, offers an exotic experience in the middle of the English countryside. Walk through an indoor rainforest and see butterflies, birds, bats, insects and crocodiles or encounter meerkats, otters, snakes and owls. As TripAdvisor’s number one attraction in Sheffield, the Butterfly House is a popular place and experience for people of all ages with everything from birds of prey to free farm animals. Daily animal encounters are held every day, giving you a chance to get up close and personal with your favorite animal or perhaps your greatest fears.

Kelham Island is the result of an industrial effort. Created by the diversion of the River Don, Kelham has been an artificial island for over 900 years. Kelham Island is now home to the Sheffield Industrial Museum, showcasing and documenting centuries of scientific and industrial innovation in the city. The museum contains reconstructed workshops, functional 19th-century steam engines, an extensive photographic collection, and numerous artifacts representing a significant industrial history that has impacted the world.

With the most trees per person in Europe, it’s no surprise that Sheffield has some spectacular natural attractions to offer. One-third of the city is located in the Peak District National Park, the first national park established in the United Kingdom. The Peak District consists mostly of marshy terrain and a large network of hiking trails and walking paths, making it an ideal place to hike or breathe fresh air. If you’re in the Peak District, don’t forget to visit Chatsworth House, a beloved country house in the UK that is widely used in the Pride & Prejudice adaptation.

The Heart of the City Project, an effort to redevelop downtown Sheffield and make it attractive to Sheffield residents, has created and updated World Gardens. A public plaza in the city center, Peace Gardens offers a tranquil respite from the busy city and connects several new features of the city, including millennium galleries and conservatories. Peace Gardens contains lighting, water features and plenty of plants, creating a green lung in the steel capital of the world.

Opened in honor of Queen Victoria and her 1887 jubilee, Encliffe Park is a prime example of Sheffield’s many green lungs. The park is a great place for kids, with a large newly renovated playground, as well as joggers and casual walkers with park and woods. The park also has a training park for those interested in more extreme running and jumping. The park often hosts circuses and music festivals, and a small cafe serves food and drinks and is open every day throughout the week.

Because Sheffield consists of more than 61% green space, the city can’t be complete without a proper botanical garden. Displaying more than 5,000 different species of plants, the Sheffield Botanical Gardens covers more than 19 acres of land and was first opened in 1836. The garden has beautiful glass pavilions, as well as an old bear pit and an impressive main gate. Botanical Gardens hosts events such as Music in the Gardens, a benefit with live music, and Art in the Garden: an annual arts and crafts festival.