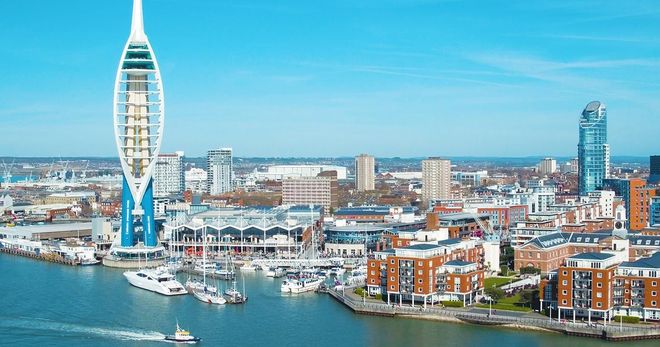 Portsmouth is a port settlement in the south of the United Kingdom, located in the county of Hampshire. It is of strategic importance as one of the centers of maritime trade of the country.

Before the shallowing of the English Channel, the town of Portsmouth was replaced by the town of Porchester, which is now its northwestern suburb. However, in the end of XII century the monarch Richard the Lionheart of England was concerned about the underdevelopment of the settlement and granted it a charter of city rights and permission to hold trade fairs. In the XV-XVII centuries, starting from the Tudor period, a dry ship dock was built in the port of Portsmouth, which now occupies an area of more than 100 hectares. Now it’s the largest naval base in Britain and has everything you need to build warships.

In the 1940s, the city of Portsmouth in Britain was heavily bombed. Today its population exceeds 205,000. 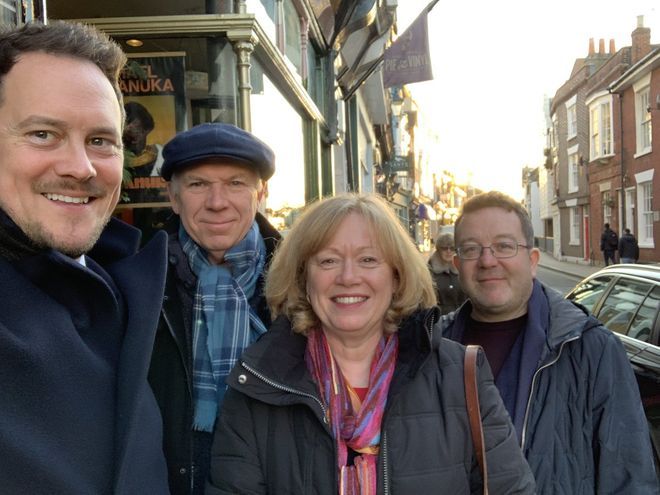 The city is built on the coast of the Te-Solent, which separates the Isle of Wight and the English mainland. Most of the population lives on the island of Portsea, the main part of the settlement. If you look at Portsmouth on a map of England, you can see that the strait washes it from the west, south and east, while to the north it borders the county of Hampshire. 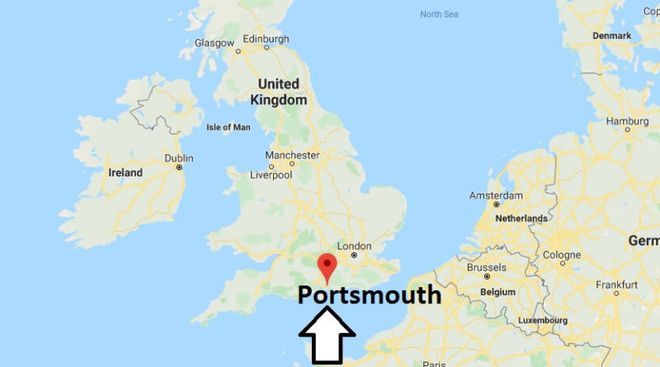 What to expect from the urban climate?

Like many cities in Southern England, Portsmouth has a moderately warm climate. It rains often, even in its driest period. The average annual temperature is +10.4 ℃ and the average annual rainfall is about 800 mm. Most of it (92 mm on average) falls in December and July is the driest month, averaging 48 mm. Winters in Portsmouth are quite warm, with average temperatures of +3-4 ℃ even in January. However, it’s also hard to get a tan in summer because the average temperature is +17.3 ℃ even in July, the hottest month of the summer.

As a city with an ancient history, Portsmouth offers a wide variety of attractions for lovers of the good old England. It’s worth a visit to see the following memorable sites:

READ
The 9 Best Aquariums to Visit in the U.S.

Which Portsmouth hotel should you choose?

Most hotels in Portsmouth offer comfortable rooms and amenities that match a 3 and 4 star standard. Many apartments are individually furnished in designer style and include amenities such as private bathrooms, free Wi-Fi, flat-panel LED TVs with cable TV, and tea/coffee making facilities. Rates include a full English breakfast, and if you wish, you can snack in small pubs or lounge bars serving beer, wine, cocktails, ales, and unique local dishes. The following hotels are worth staying at:

What to expect from Portsmouth’s cuisine?

The city’s cafes and restaurants will delight tourists with a variety of culinary traditions. As Portsmouth is a port the fish dishes are very common (popular fish and chips, litorina snails, fish soups, pickled shrimps, fish pies, fried fish with herbs, smoked fish). Traditional English delicacies are also not uncommon on the menu: white pudding, scrambled eggs with black pudding, white beans stewed in a fragrant tomato sauce. If you want something exotic, there are French, European, Turkish and Indian cuisine. Do not die of hunger tourists can help in the following places with a good reputation:

Where to go shopping in the city?

In nearby Ganuarf Case, near the old shipyard, you’ll find high-end designer boutiques as well as more democratic clothes and shoe stores. There are also plenty of souvenir shops selling charms, magnets, hats and T-shirts with the city’s emblems.

Albert Road has most of Portsmouth’s antique stores and there are farmers’ markets on Palmerston Road and Marmion Road where you can buy fresh fruit, vegetables and seafood. 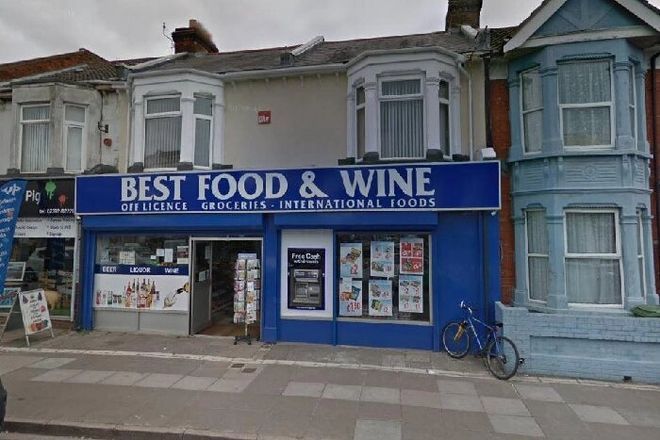 Portsmouth is accessible by cab and public bus and there is an elevated train service between the harbour and the city center.