10 things to do in Oxford 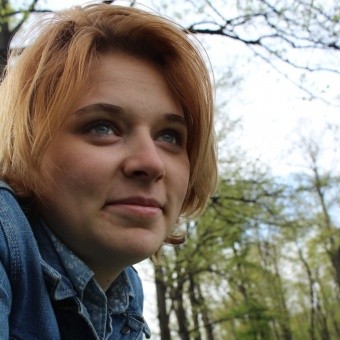 Oxford is first mentioned in chronicles in 912, and the foundation of the university is attributed to 1117. And for nearly 900 years, studying at Oxford has been considered a privilege.

The university consists of disparate colleges scattered around the city, but you can walk around the central part in a day. Although getting into the spirit of the city and staying for a few days is not at all unreasonable. 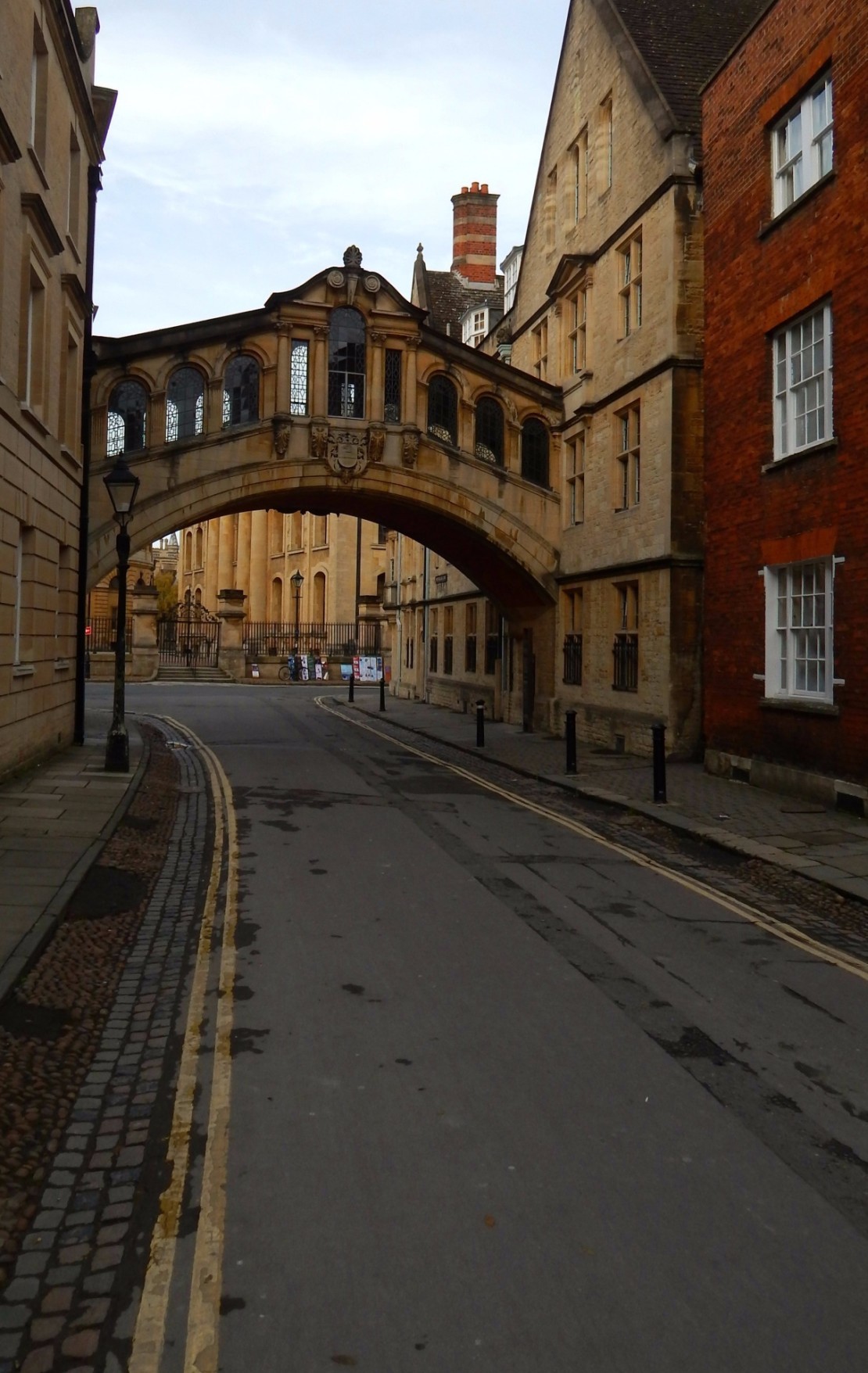 Oxford is very easy to get to. You just need to make a choice: fast or cheap.

Fast – by train from Paddington Station. Trains are frequent and take about an hour but you’ll pay about £30 for the pleasure.

Cheaper way is to take the Oxford Tube bus from Victoria Station (plus a few more stops in town at Marble Arch and Notting Hill Gate). It takes at least 1 hour and 40 minutes (think traffic), but costs £18 for a return ticket (return can be used the next day). It’s cheaper for under 26s at £14 and an evening ticket (after 3pm) at £11. If you buy your ticket on the internet be sure to print it out. You can also buy it from the driver (for the exact amount). 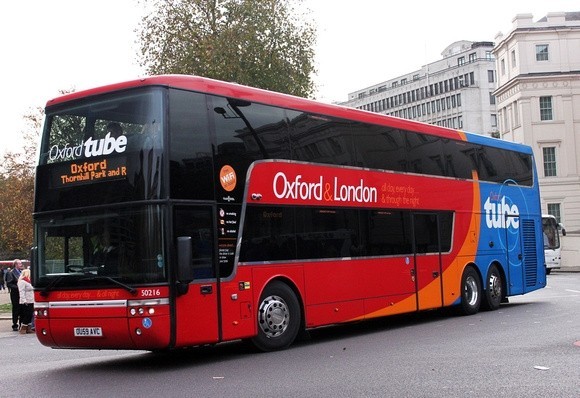 So we got to Oxford. 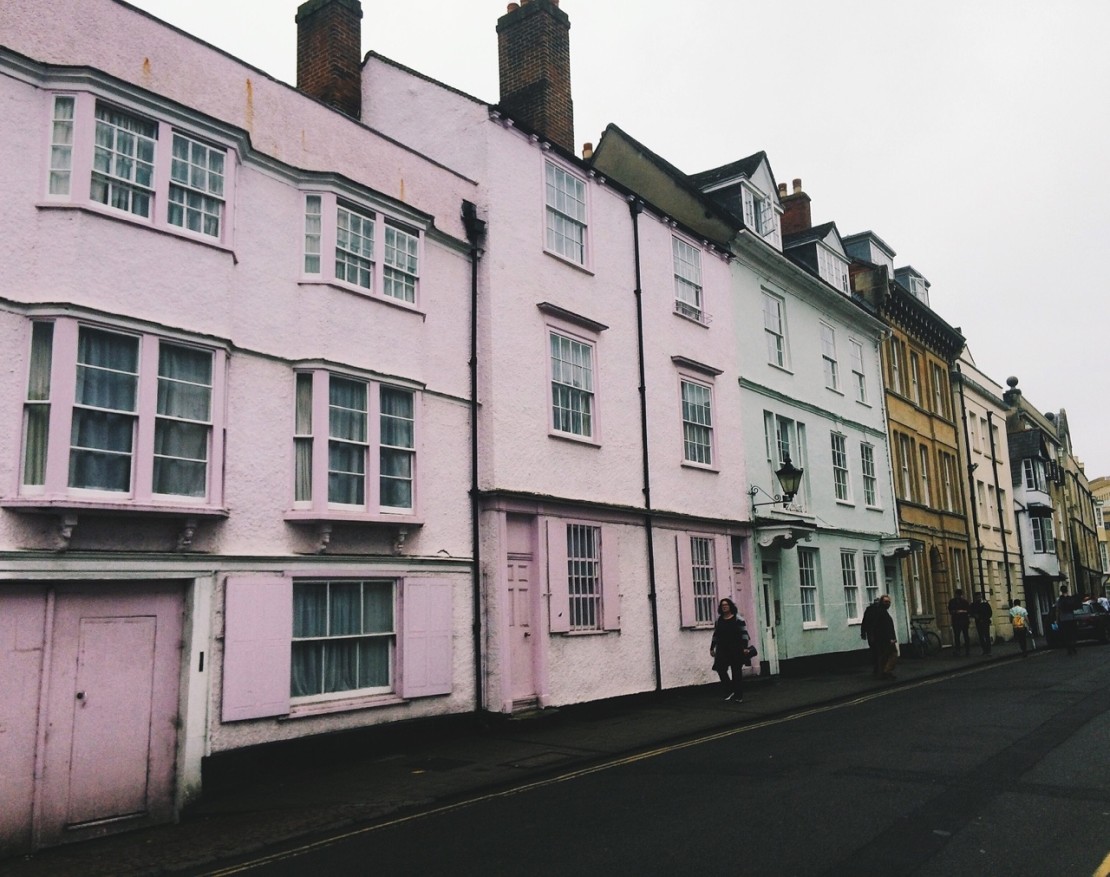 What to do here

1. Go to the Harry Potter locations.

There are a few locations in Oxford – New College, Bodleian Library, and Christ Church College. 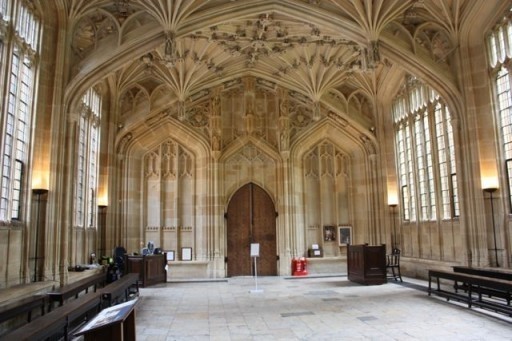 So for now, let’s stick with New College. In the courtyard of this college the scene of the fourth Harry Potter and the Goblet of Fire movie with Cedric Diggory and the scene of Draco Malfoy turning into a ferret was filmed. To get there, look for signs to the chapel. The college website reports that there is a fee to enter the grounds, but in practice you can pass as well. We also recommend a tour of the chapel itself and the college grounds – the ancient walls and unusual woods are sure to please you.

READ
Guide to Rome, Italy: how to visit Rome on a limited budget 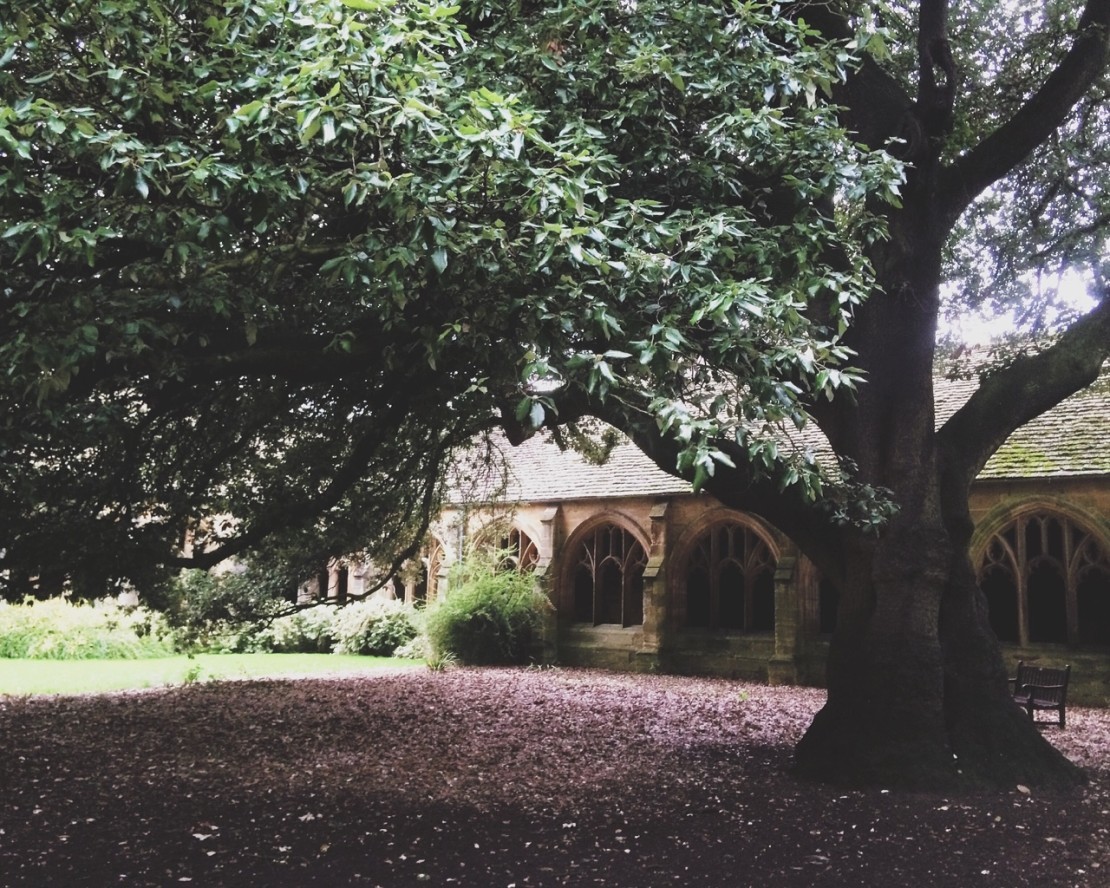 This relatively new building was designed by Giles Gilbert Scott, creator of the famous red phone booth. The low building keeps a secret – three huge underground floors that are larger than the above-ground portion. 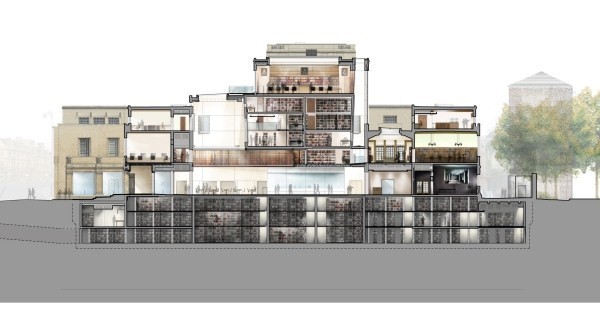 Plus an underground tunnel connecting the old and new library buildings. Unfortunately, you can’t see them, but even knowing they exist is very cool. Of the pleasures available to the eye: you can freely visit one of the exhibitions. The exhibitions here are constantly changing, but the value of the exhibits remains at a high level. They say this winter they’re going to put on Magna Carta, the Gutenberg Bible, and Tolkien and Carroll’s drafts. 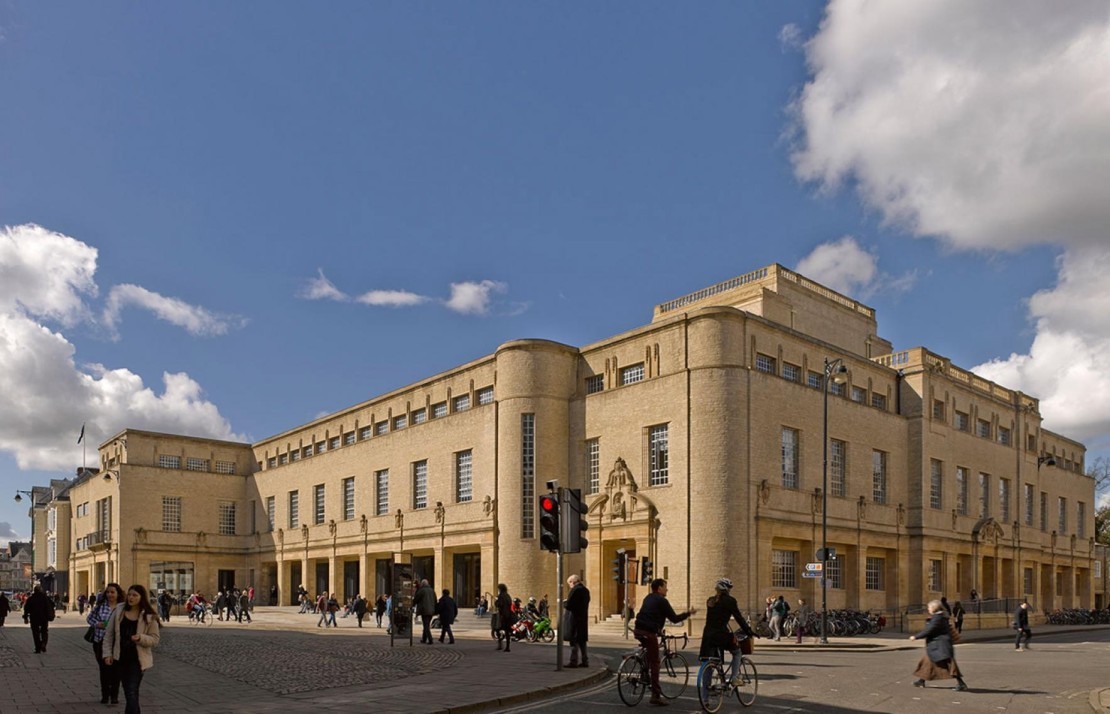 3. Take a tour of the Bodleian Library.

Unfortunately, the second largest library in all of Britain can only be walked through with a group tour. They run every half hour (half-hourly for £5) and every hour (respectively hourly for £7).

You will be led into the hall where students have stood behind the pulpit for centuries, taking exams. The small hall also has its secrets. Potteriana fans will remember the scene where Professor McGonanall taught the students to dance and the dark vaults of the hospital wing, all filmed here.

You will be shown a room with ancient books that are more than 300-400 years old. They will tell you why books were chained and how long it takes to take a book out of the library now. An interesting fact: by treaty of 1610, any publication in Britain is accompanied by sending a copy to the library, and this is not just books, but also magazines, newspapers and even advertising pamphlets. Every week about 5,000 new titles. 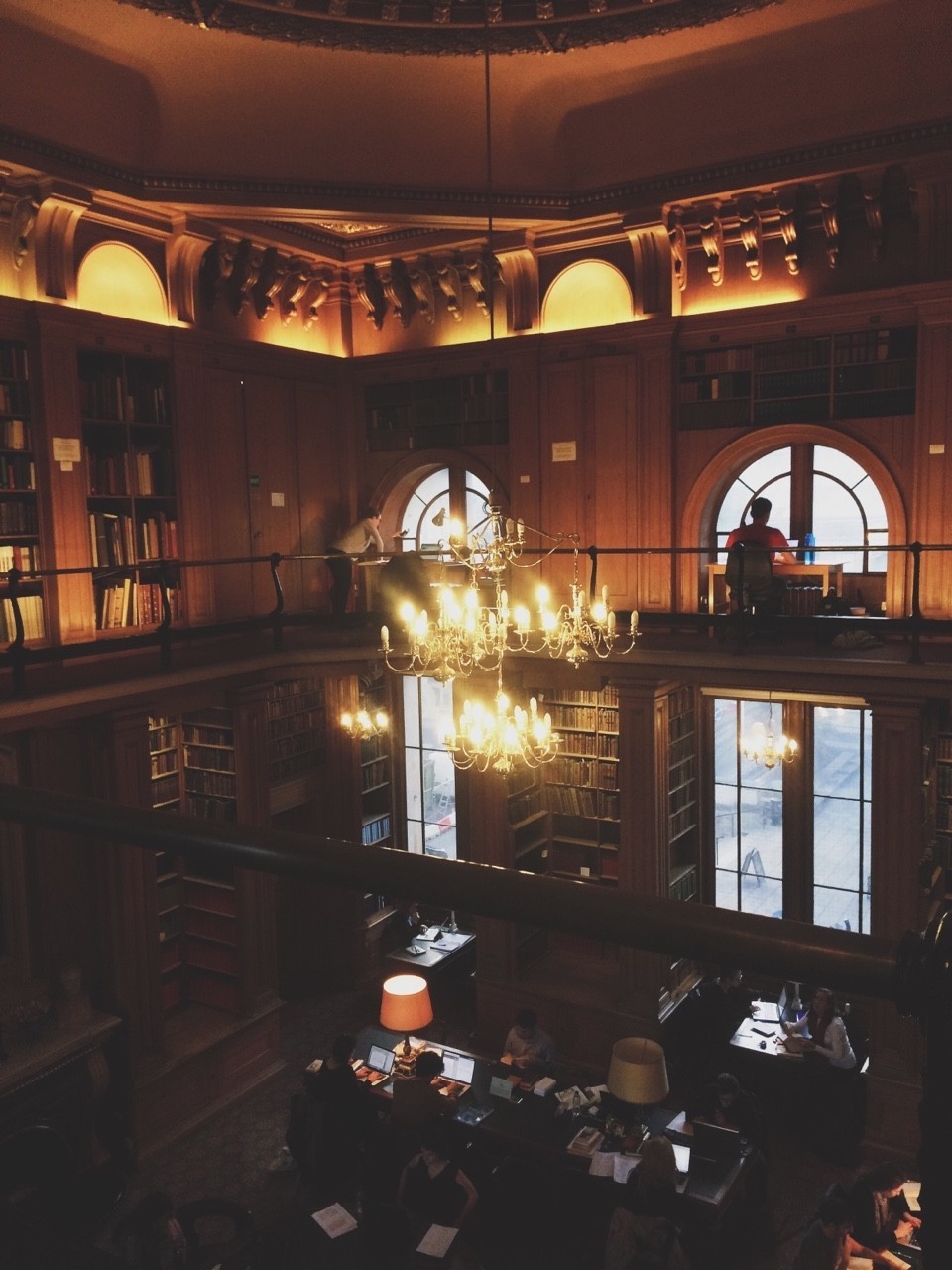 When the library was closed for the filming of “Harry Potter” for three days, the honorary scholars almost went on strike! 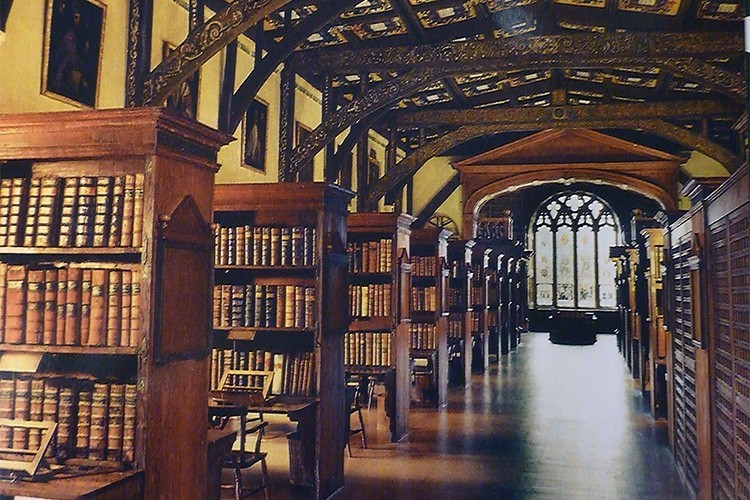 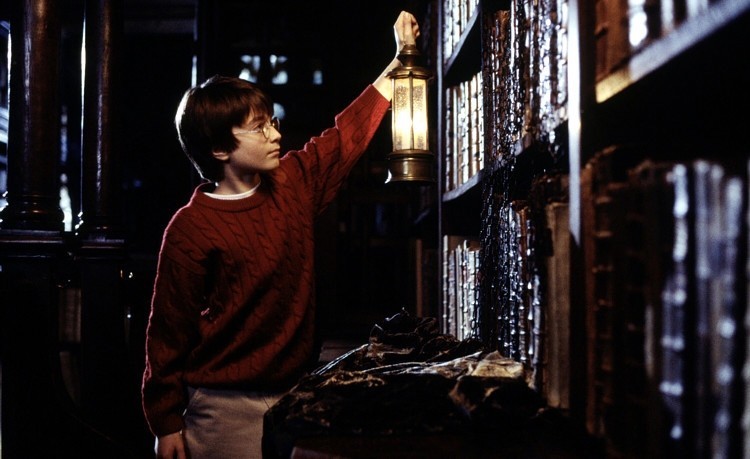 4. go around the Radcliffe Rotunda

READ
17 things to do in the department of Gard, France

Right now, perhaps the most famous building in Oxford is only open to students. But there’s nothing stopping you from going round it and looking in the windows, is there? 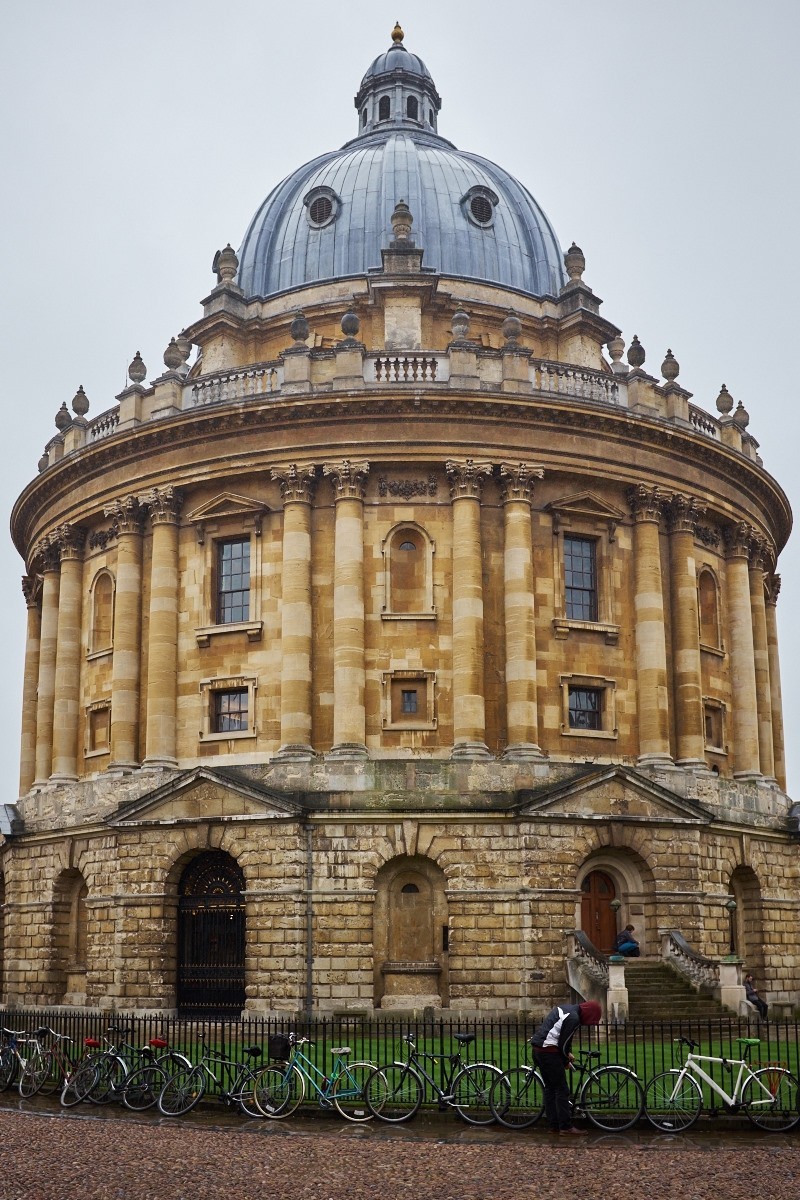 5. Wait out the rain under the roof of the Covered Market

Until the end of the 18th century it was on the square, but bad publicity forced the city authorities to go to extremes – to destroy the market. Residents defended the glorious place, but it was moved to a building. Now it is several blocks of cafes, souvenir shops and handmade craftsmen. 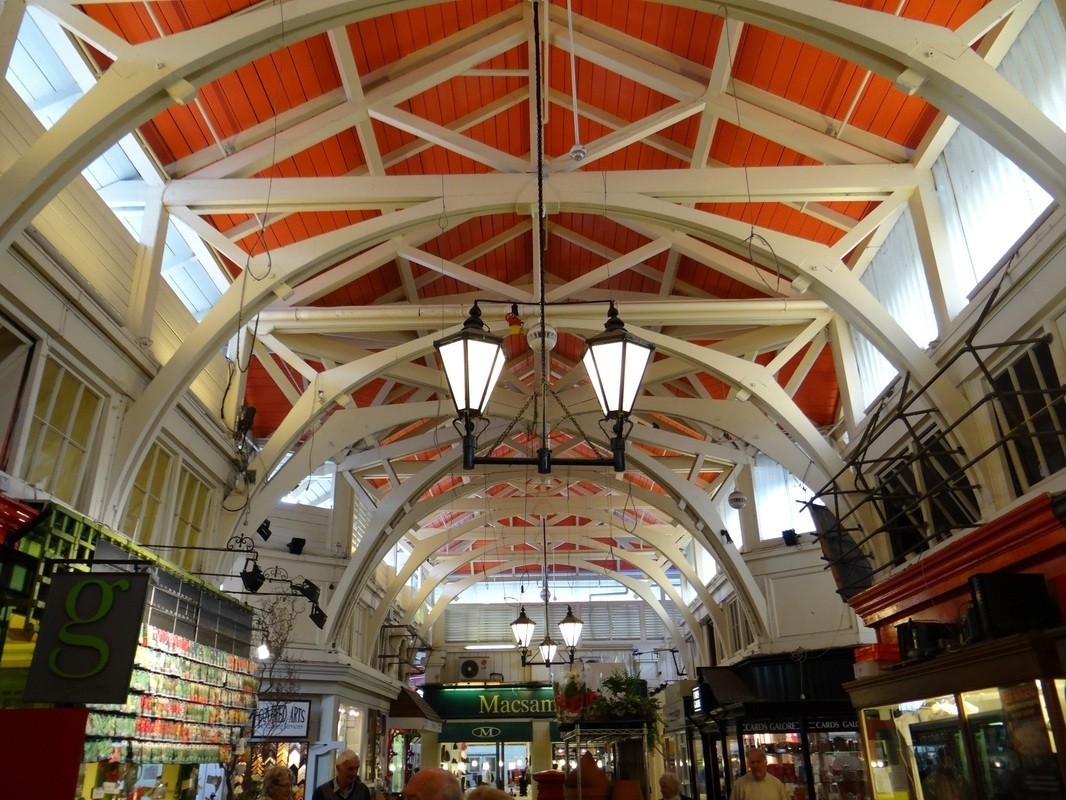 The Ashmole Museum opened its doors to visitors in 1683. Since then, the collection has only grown. It now houses masterpieces by Da Vinci, Rembrandt, Michelangelo and, of course, British artists. 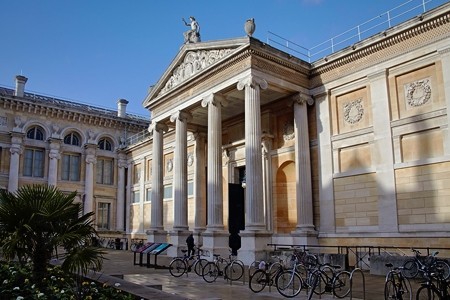 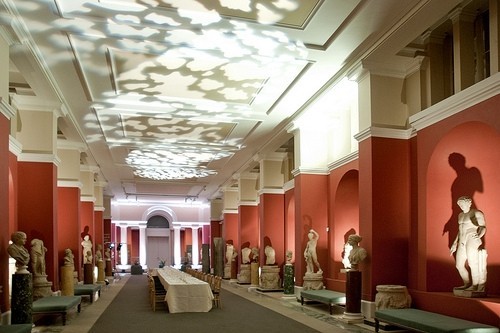 You can’t quite make it, but you can visit The Eagle and Child, a pub that opened in 1650 where Tolkien visited as a member of the literary circle Inklingley. 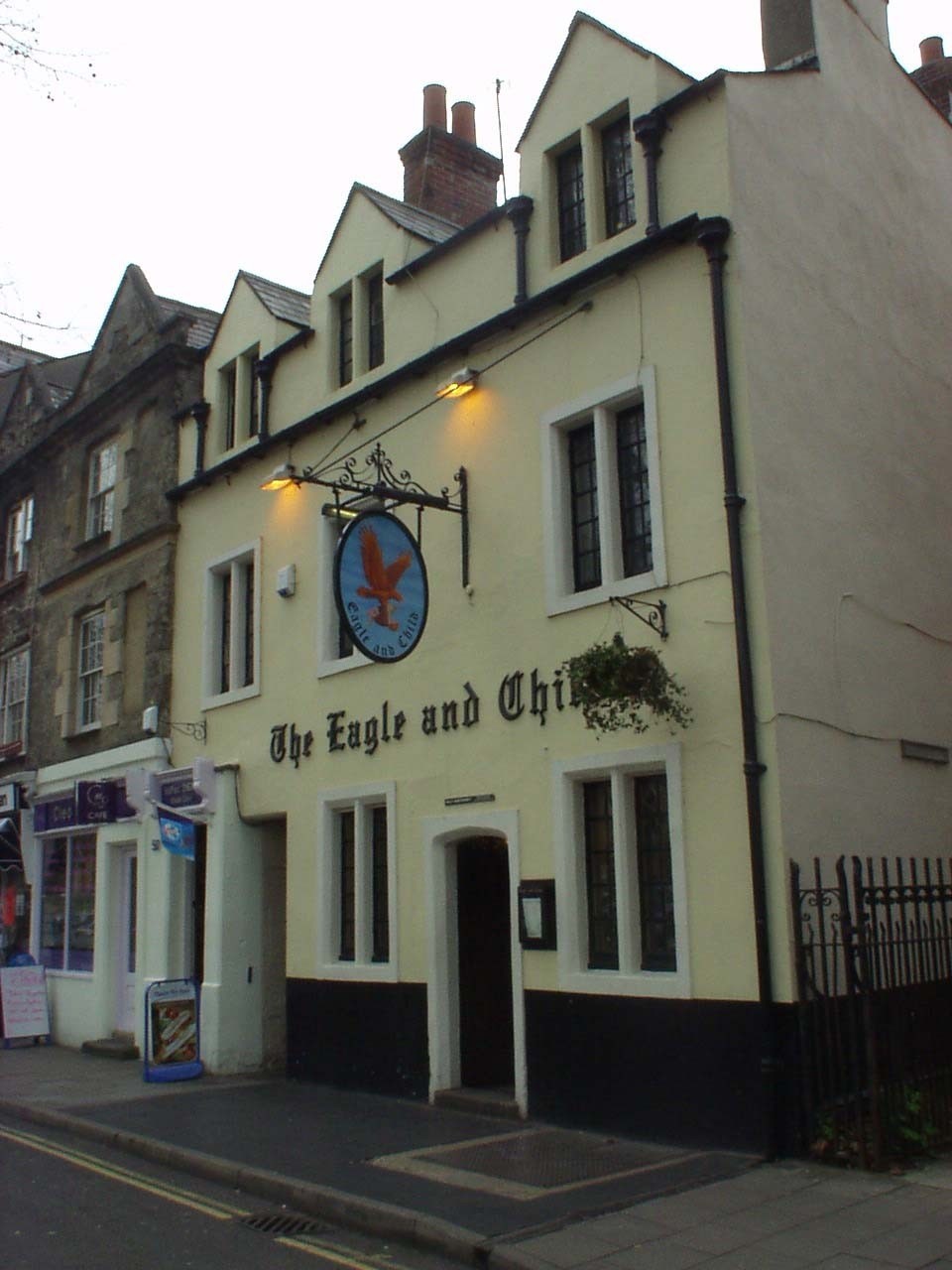 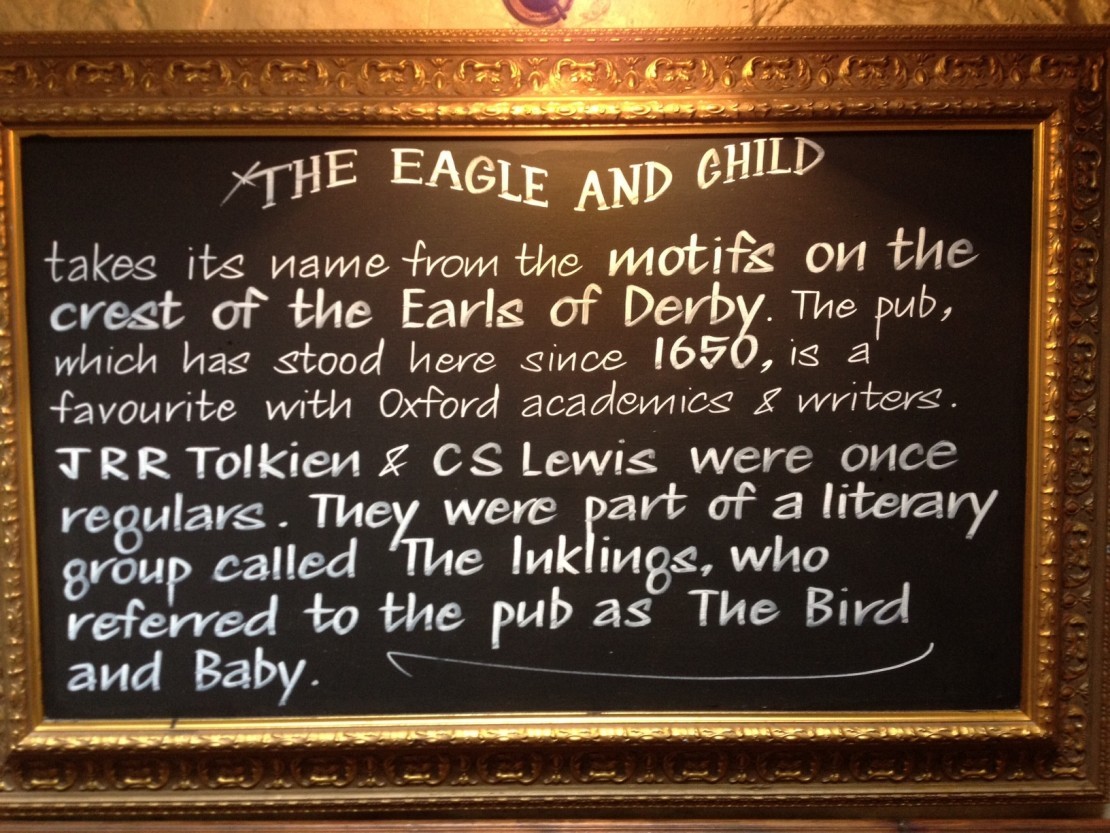 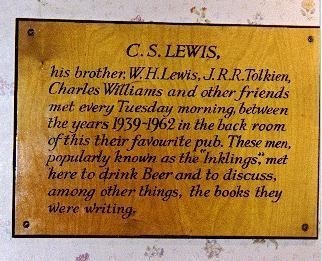 You can do this by climbing the tower of University Church Mary the Virgin. 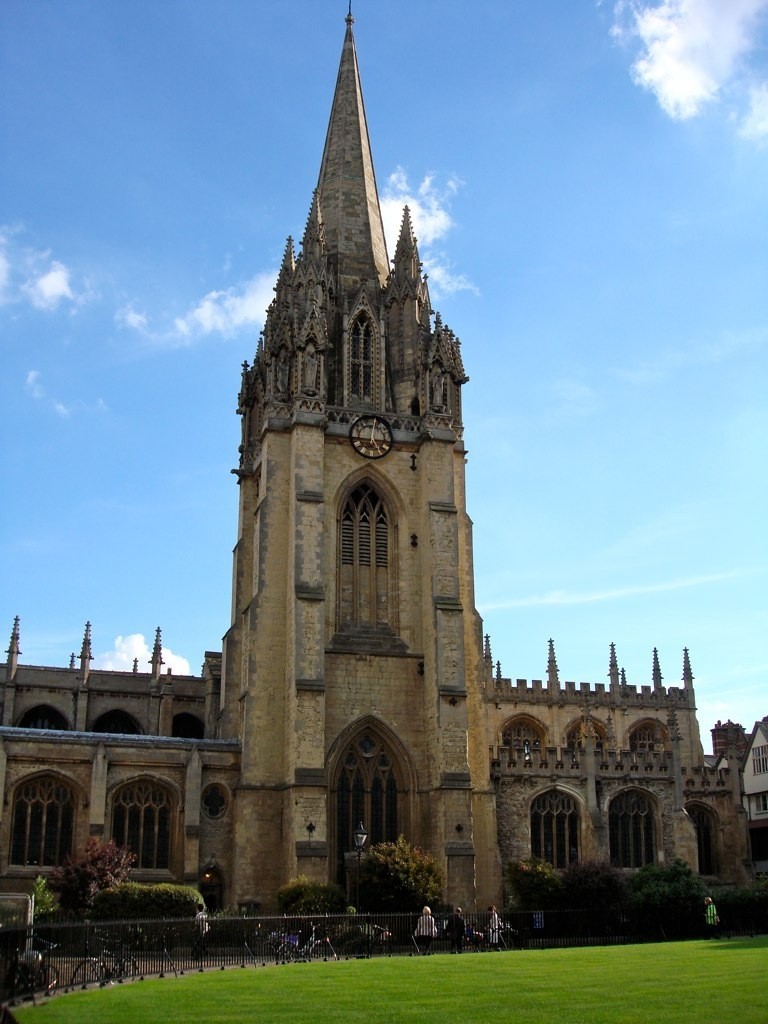 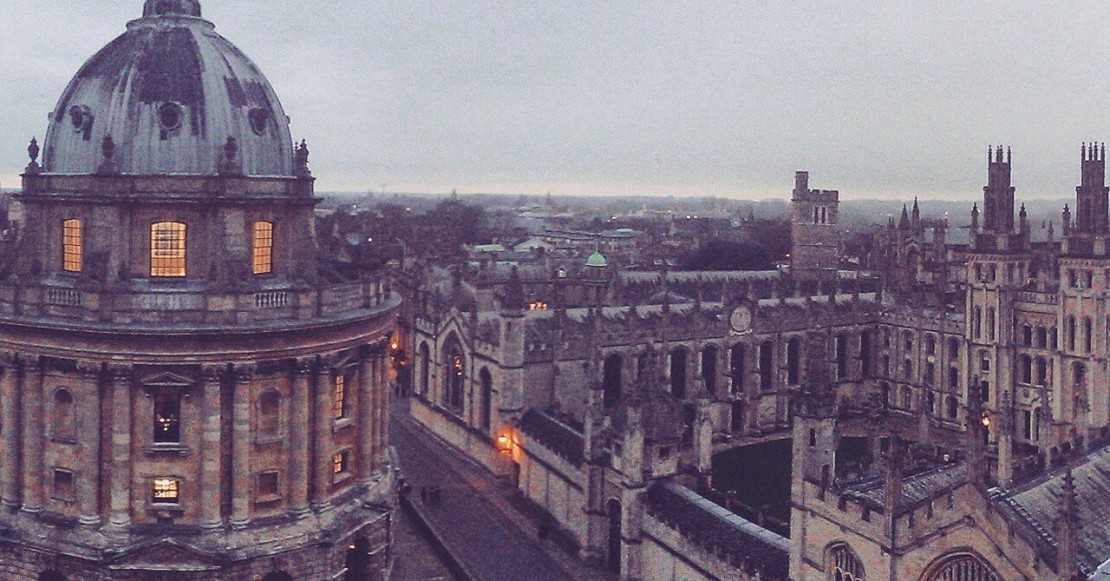 Think how it reminds you of Italy, especially Florence, with its tiled roofs. Once again, marvel. 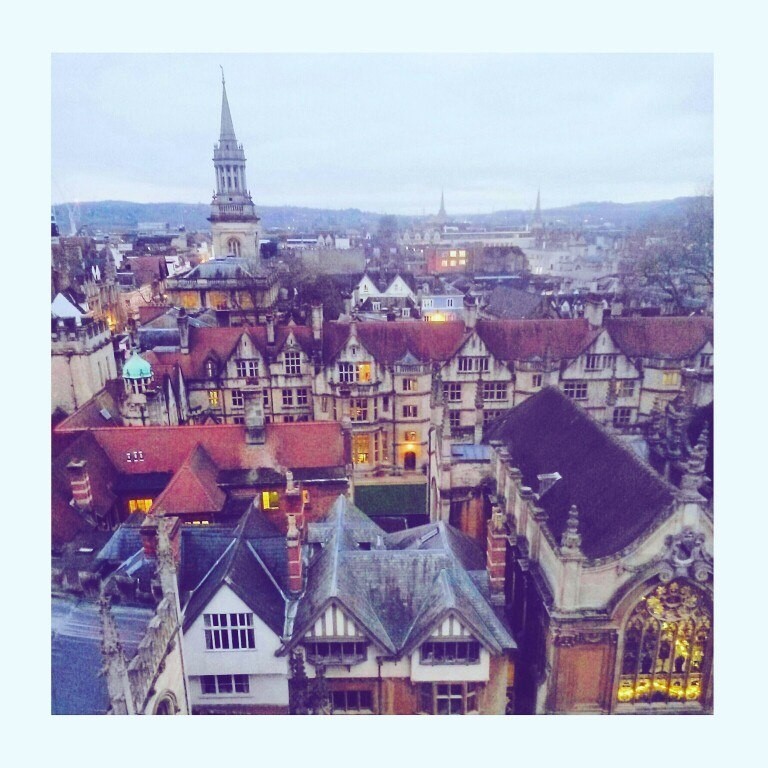 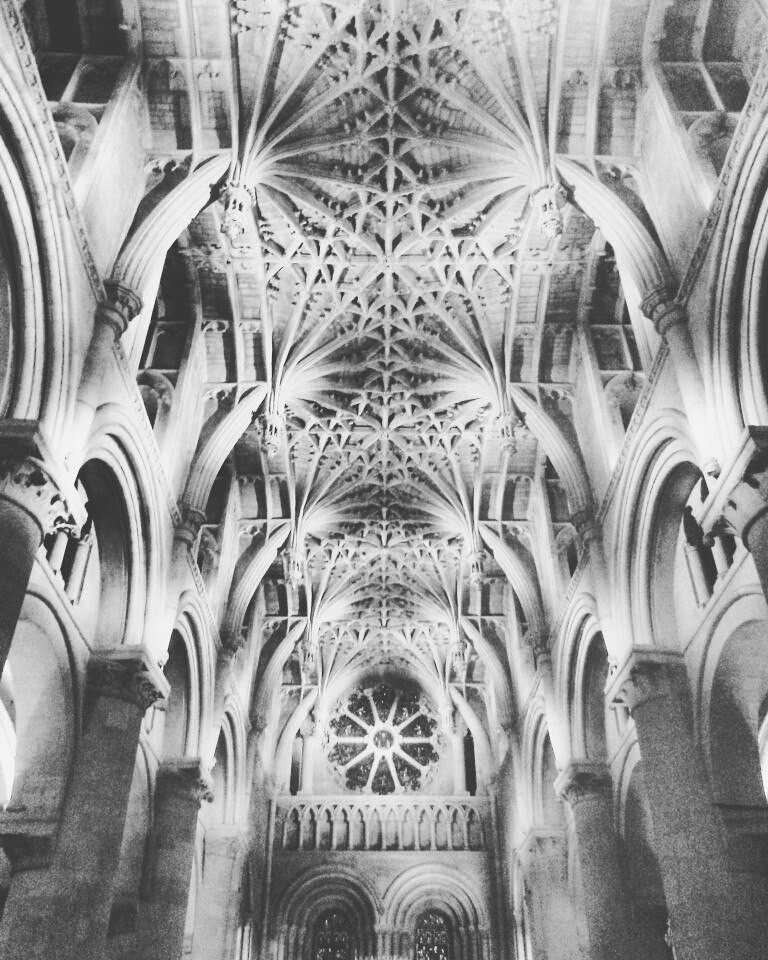 Christ Church College is the largest in Oxford. It is also the most honorable. Thirteen British prime ministers are its graduates (all other colleges in Oxford have the same number). 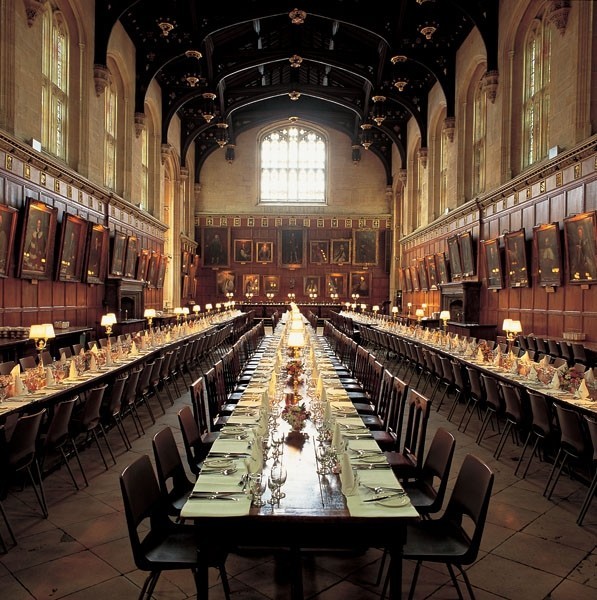 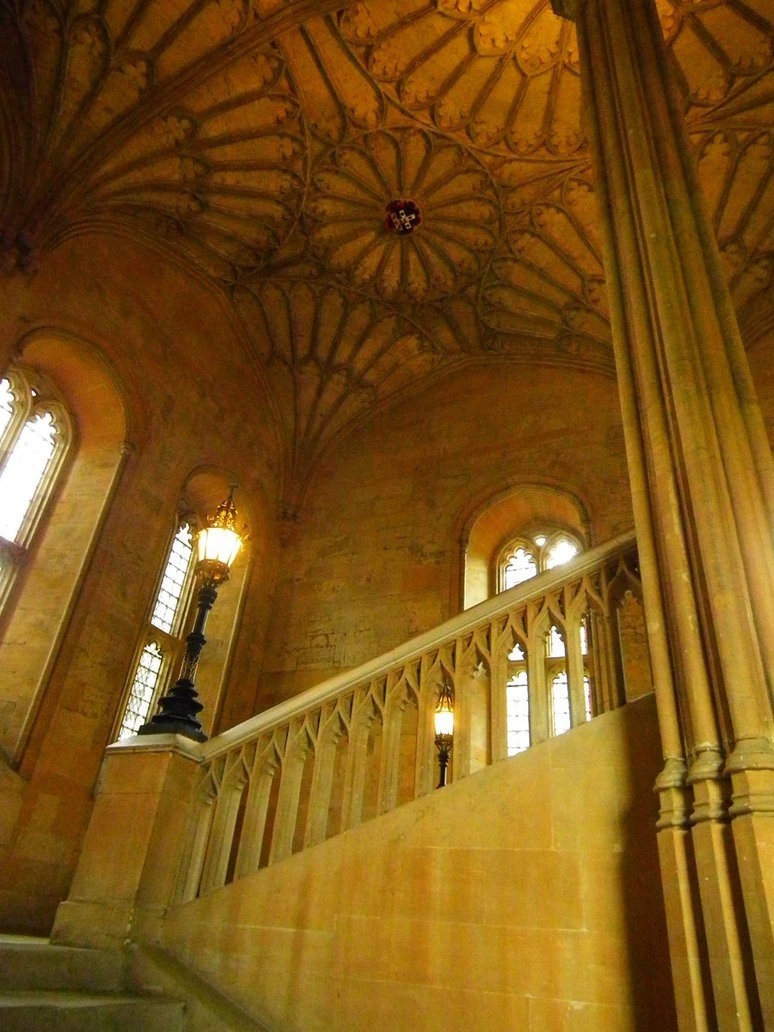 Go to Oxford’s smallest cathedral. And just wander around the places where, for example, the very same Alice walked. 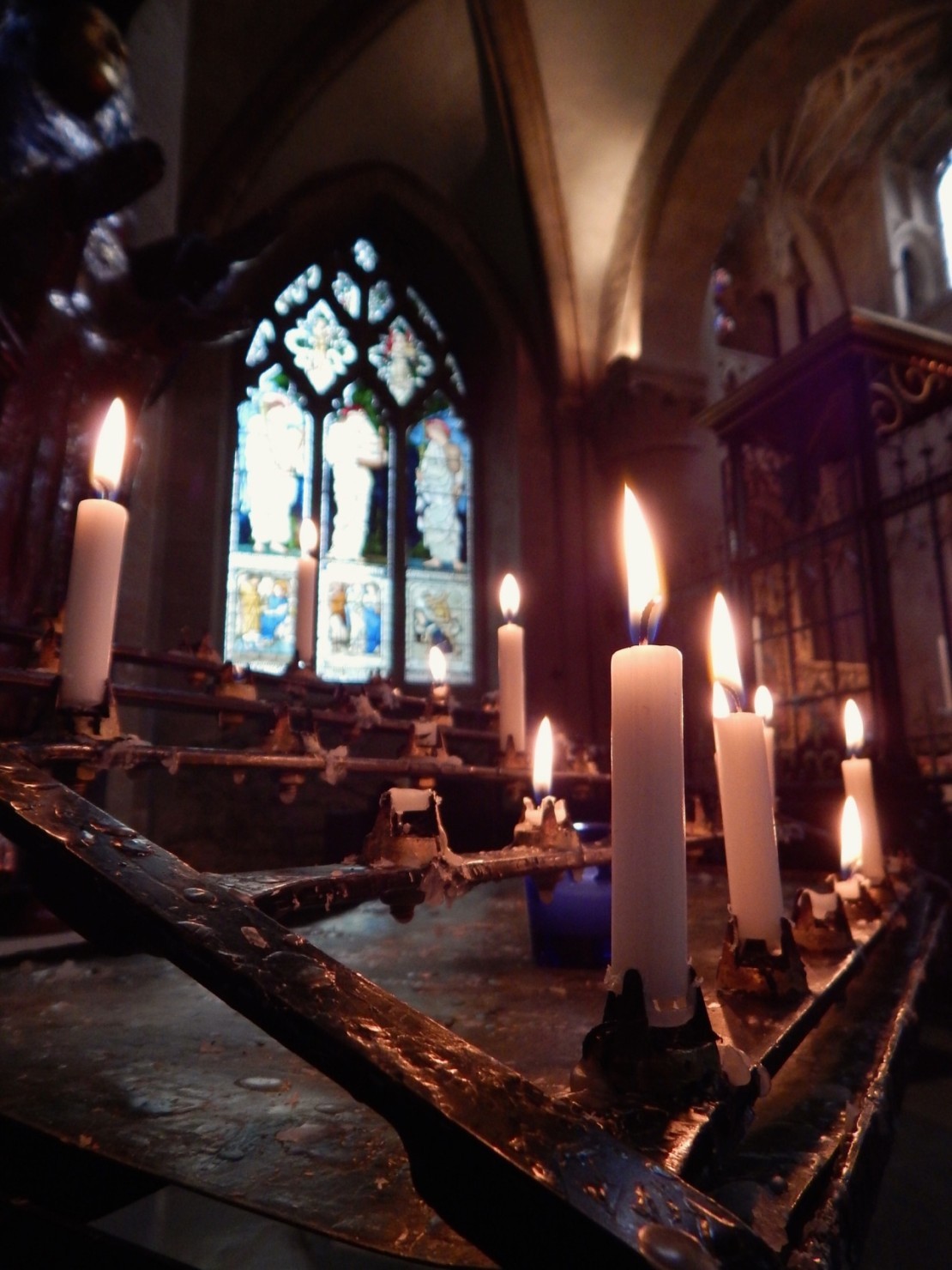 After seeing all the sights (you can even wander the streets, go to the stores on High Street, all the open college doors, and the pubs. Have a cream tea in a cafe, chat with students, read a book on the lawn. Basically, stop being a tourist for a day and devote it to yourself! In Oxford, it’s very easy. Once you’ve enjoyed the atmosphere, you’re more likely to decide to sit down to your books, so that you can definitely go to university and stay here for a long time.