Munster is a city located in North Rhine-Westphalia in western Germany. 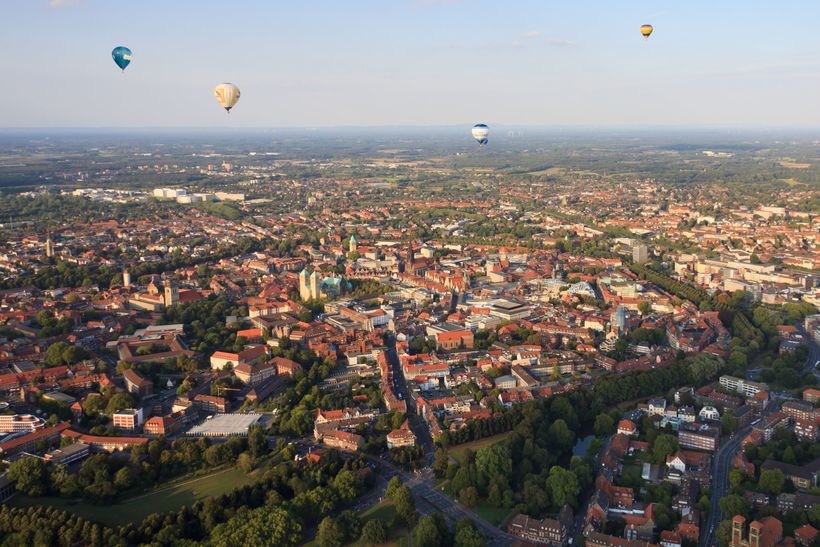 In 794, Munster originated as a monastery founded by the Frisian missionary Ludger to help Charlemagne’s campaign gain control of the Saxons. In 805 Munster was made a diocese, and in 1170 received the right to be called a city. In 1648, a peace treaty was signed in the town hall, which marked the end of the Thirty Years’ War.

Today Münster is a fast-growing city, with a population of about 300,000, it is the administrative center and is widely known for its university.

Hotels in Munster can be booked on booking and you can compare prices from various sites here. Search for private apartments for rent here.

Munster can be reached by car via Route 1 from the north and south and Route 43 from the southwest.

The train from Munster takes about 1 hour and 20 minutes to get you to Dusseldorf Airport. Münster-Osnabrück Airport is about a half hour from the city. You can find the best flight to Munster here. 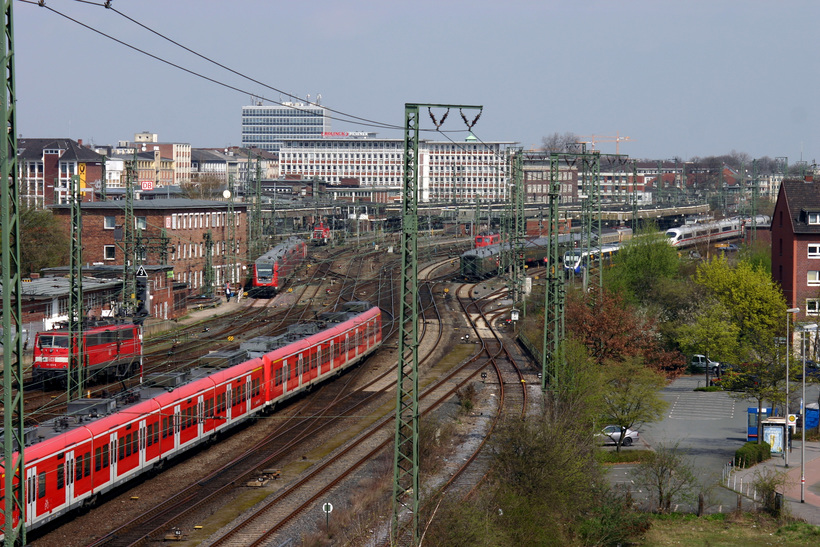 The railway and subway stations in Germany take you to all parts of Germany.

When it’s high season. When it’s best to go Located in the old town hall, it is famous for the historic Treaty of Munster signed there, a document that was part of the Peace of Westphalia, which marked the end of the Thirty Years’ War and the establishment of the Westphalian diplomatic system between sovereign states.

Munster is also known for the huge number of churches dotted throughout the city, including . St. Paul’s Cathedral (German: St. Paulus Dome) is one of the city’s most impressive features to visit. In addition, the city museum on Saltsstraße can give you an idea of how the city has evolved over the years (admission is free, but the guide-displays are in German only). Food What to Try

Munster has a huge selection of restaurants. Cuisine from almost every country in the world is well represented, given the fact that Münster is not the most cosmopolitan city in a quiet corner of Germany.

As for Italian cuisine, “Mossa Dor” or the more intimate “Borgo Antico” (on Hammerstrasse) are good choices. “La Torre” has a huge selection of different types of pizza at an adequate price for the portion size and quality of your pizza! “Le Feu” gives a special place to flamquin (tarte flambe) and there is such a popular option there: for a fixed fee, you can eat as much as you want for a few days.

The best “Döner” (shawarma places) are at Orient Grill on Hauptbahnhof (believe it or not!), Tatarstan (owned by Altstadt Bült), Butt’s Bierstube and Döner King (located nearby on Hafenstrasse before the bridge). On Moltkesstraße there is “Hafez”, a good Persian restaurant.

Recommended German restaurants and bars include “Stuhlmacher” (next to City Hall). And just around the corner at “The Kiepenkerl” there are tables outside next to the May Tree. “Drübbelken” also has a very cozy and welcoming atmosphere and Westphalian cuisine.

Needless to say, “vegetarian” and “German cuisine” are incompatible concepts! The best option for vegetarians would be “Peperoni” on Wolbeckerstrasse 24. It’s actually a vegetable market, but it’s better known for its special daily offerings: from 12 noon, a large double-sided tray is used to prepare two different vegetarian dishes with lots of fresh vegetables. One is usually “classic” for people with less sophisticated tastes, the other is more savory or flavorful (usually Iranian, North African or Middle Eastern flavors). It’s all fixed price, all of which you can eat along with an extra flatbread and fruit from the salad bar (fresh fruit juices are optional). Even if you’re not a vegetarian per se, you won’t be disappointed! The best time to go for lunch is in the afternoon while everything is fresh and the food supply continues. The owner has his own life story, (like the cartoon “peperoni”, German chili pepper variety) illustrated on the ceiling tiles. If you speak fluent German, ask him to explain it in detail!

There are also two vegetarian-only restaurants in the city center: Krawummel, which opened its doors in 2013 near Ladgeriplatz, and the slightly more expensive Prütt Café on Bremerstrasse.

If you’re a budget tourist, try eating at one of the many student cafes in town. Cafeteria Aasee-Mensa offers a wide variety of dishes for students and non-students (vegetarian food on Thursdays), and is open (except for holidays) for lunch and dinner from Monday to Friday and for lunch on Saturday. However, it is very often quite crowded at lunchtime during the week (but much quieter during the semester breaks). 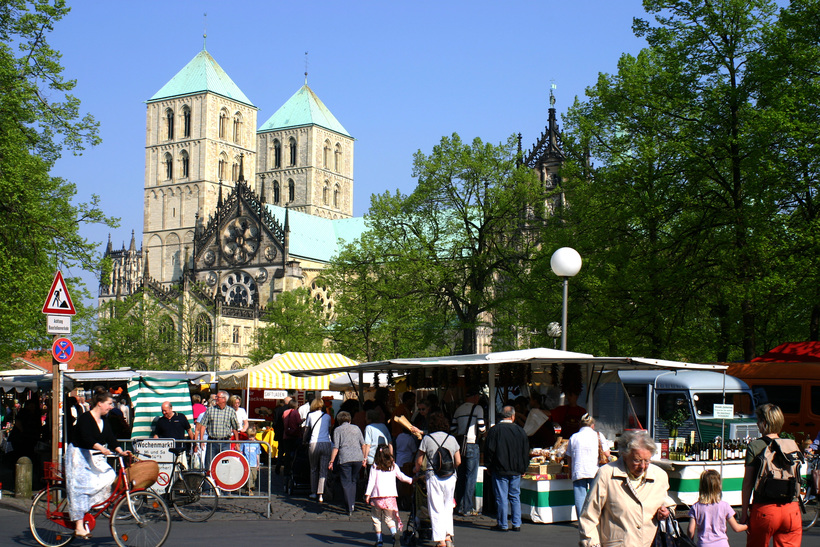 If you are in Munster on a Wednesday or Saturday, you can go to the farmer’s market on Domplatz (Cathedral Square) and buy fresh local bread, cheese, meat, sweets, etc., and make your own lunch, or you can buy something hot at the popular food wagons that offer a full meal. Reibenkuhan wagons (fried potato pancakes with applesauce), fish (fried or pickled) and coffee are the most popular, wait your turn!

Bars. Where to go

READ
The 9 best places for diving and snorkeling in Crete, Greece

How to get around the city

Munster has a huge number of bicycles, which create a truly unique atmosphere. There are about 40,000 students in the city, so traveling by bicycle and on foot are the main modes of transportation. All sidewalks have a limited portion of red brick designated for cyclists only, and the entire city is also equipped with pedestrian and bicycle paths. The main walkway is laid out where the city walls stood in the Middle Ages, and the walk past the beautiful Aase (a large artificial pond surrounded by a park) makes the trip as pleasant as possible .

As an alternative, you can book a bike at BikeSurfMeunster – a promising project that offers bikes for free, instead of a fixed rental fee this firm accepts voluntary donations.

If the prospect of getting around by bike doesn’t appeal to you, you can rent a car, prices here. 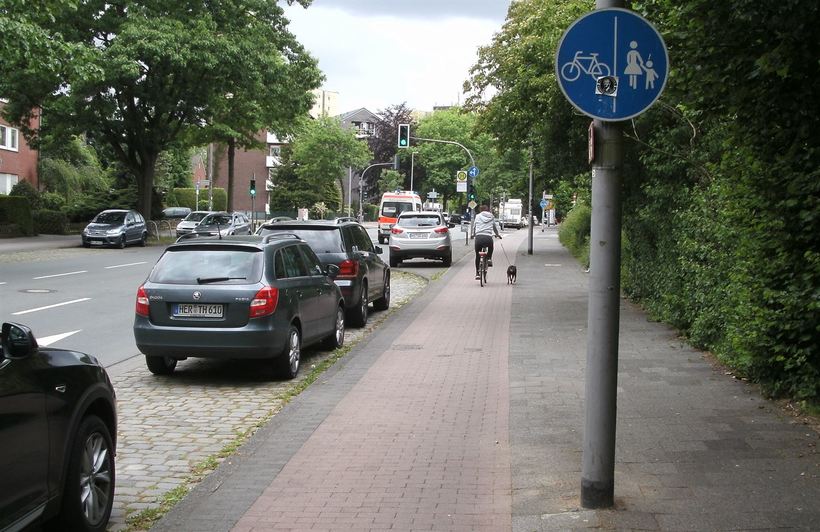 Münster also has an efficient, (almost) 24-hour bus transport system. You can buy tickets from the bus driver.