10 things to do in Liverpool in a day, UK

Few other cities can match Liverpool in terms of cultural and entertainment activities. Thinking of Liverpool, the first thought inevitably comes to the Beatles , but the city is also known for its long tradition of sports. With two city soccer teams, Liverpool and Everton, it has achieved a number of successes at both national and European level. Once an important industrial center, Liverpool now has a whole new look: it is a vibrant university city that welcomes many tourists every year.

Thanks to its strategic location on the northwest coast of the United Kingdom, over time it has attracted waves of migrants from all over the world, making it a multicultural and unique city.

1. Start the day in Albert Dock.

The Docks are Liverpool’s center of tourism . They offer many bars, restaurants, museums and hotels built inside old port warehouses. Albert Dock is 5 minutes from James Street tube station.

Many of Albert Dock’s buildings are classified as outstanding buildings and cannot be demolished . Because of this, the neighborhood has maintained the atmosphere of its glorious industrial past, though today it is frequented more by tourists than sailors. The area is beautiful at any time of the year, but in winter it can be quite cold, so we recommend bringing appropriate clothing. 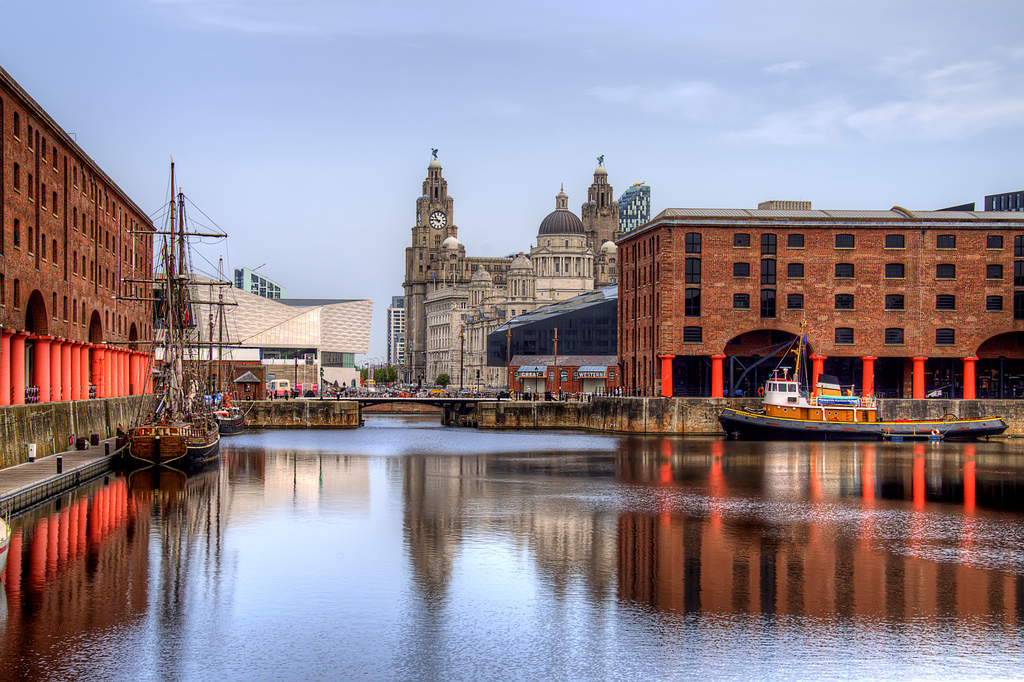 1. Start the day in Albert Dock.

2. the history of the Beatles: learn all about perhaps the most famous band in the world

There’s certainly no denying it: the Beatles made pop music history . The four band members (John, Paul, George, and Ringo) were born in Liverpool, and the Beatles History tour will introduce you to them better. You’ll go through all the stages of their career, from their childhood in Liverpool to becoming the greatest band in the world. Audio guided tours are available in 11 languages. There are plenty of accommodation options around The Beatles Story. 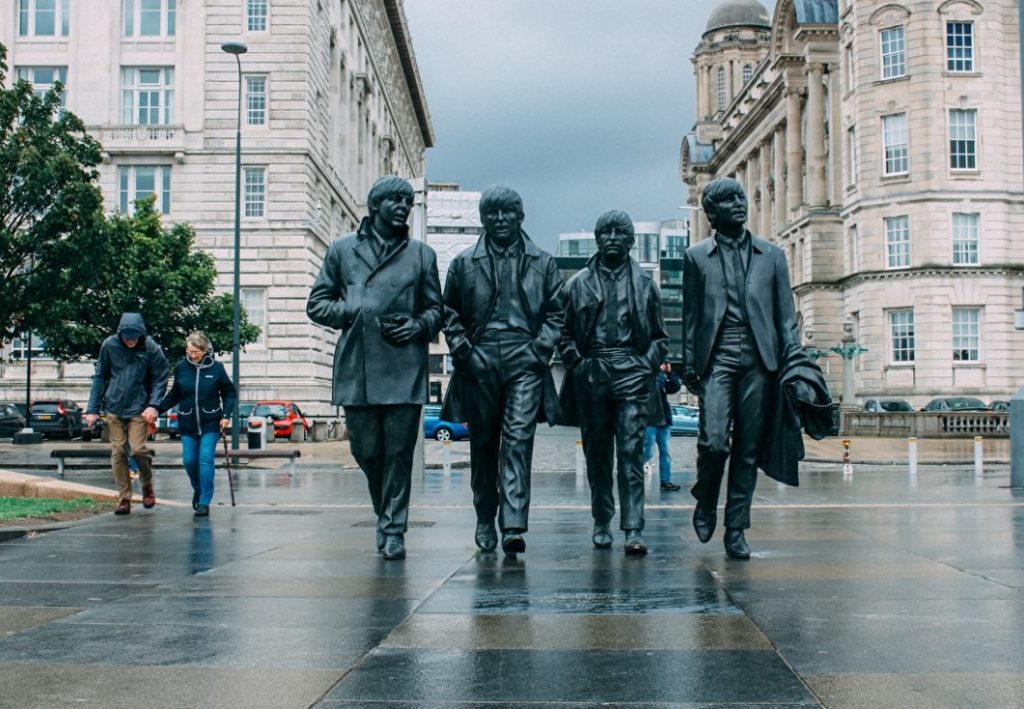 2. the history of the Beatles: learn all about perhaps the most famous band in the world

The term “scouser” is widely used in the UK to refer to the people of Liverpool. Rarely is the dish so associated with the city that it becomes the nickname of its residents.

Scouse is a beef and lamb stew made according to a Norwegian recipe. It was brought to Liverpool by sailors who tasted it during sea voyages. The meat is cooked along with many large winter vegetables such as carrots and potatoes. It is a hot dish that warms up on cold days and is served in many bars and pubs downtown. The most famous place to try scouse is probably Maggie May’s on Bold Street. 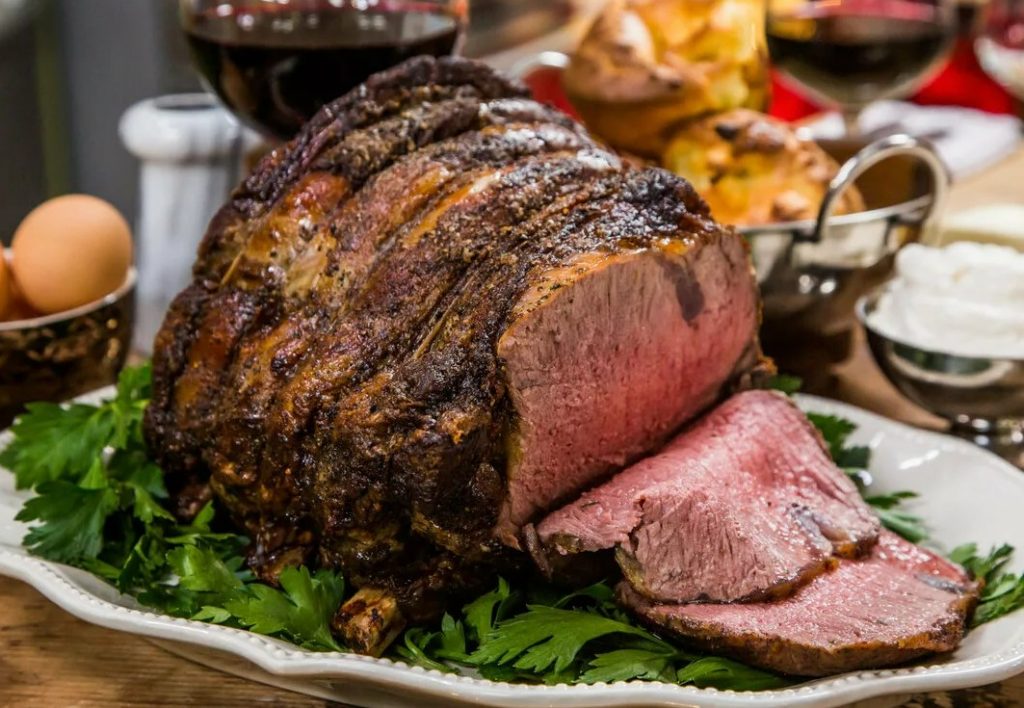 The Tate Museum, in partnership with sister museums in Cornwall and London, has the richest collection of contemporary art in the UK. You can admire a permanent exhibition of works by Lowry, Picasso, and Pissarro. The exhibits are constantly changing but are always very diverse, such as abstract sculptures, installations or lectures by emerging artists. There is a bar and gift store on the first floor. Tate Liverpool also offers tours of the Albert Dock on architecture. 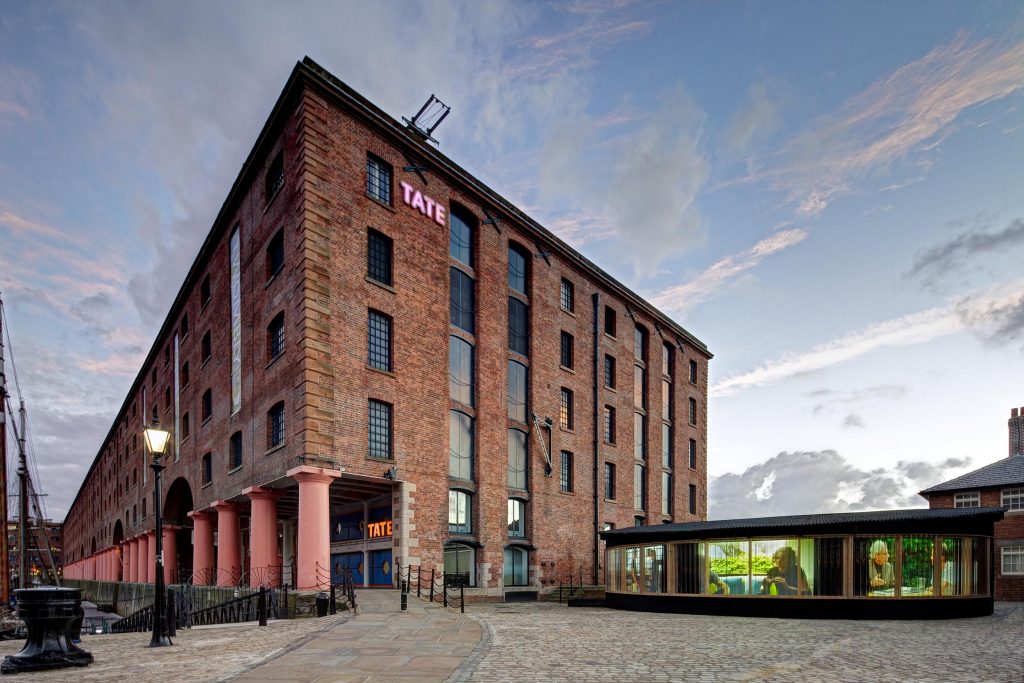 5. Cross the Mersey by ferry

The Mersey River was once the main thoroughfare of the city. A ferry ride will allow you to see all the most interesting places along the river. The River Explorer cruise takes about 50 minutes to complete the loop, but with three stops where you can board and disembark at will. There is a detailed recorded guidebook on board that describes the sights to be seen along the way. Boats dock at each pier every 30 minutes. The ticket price includes a visit to 2 museums: the Submarine Museum and the Cosmonautics Museum. 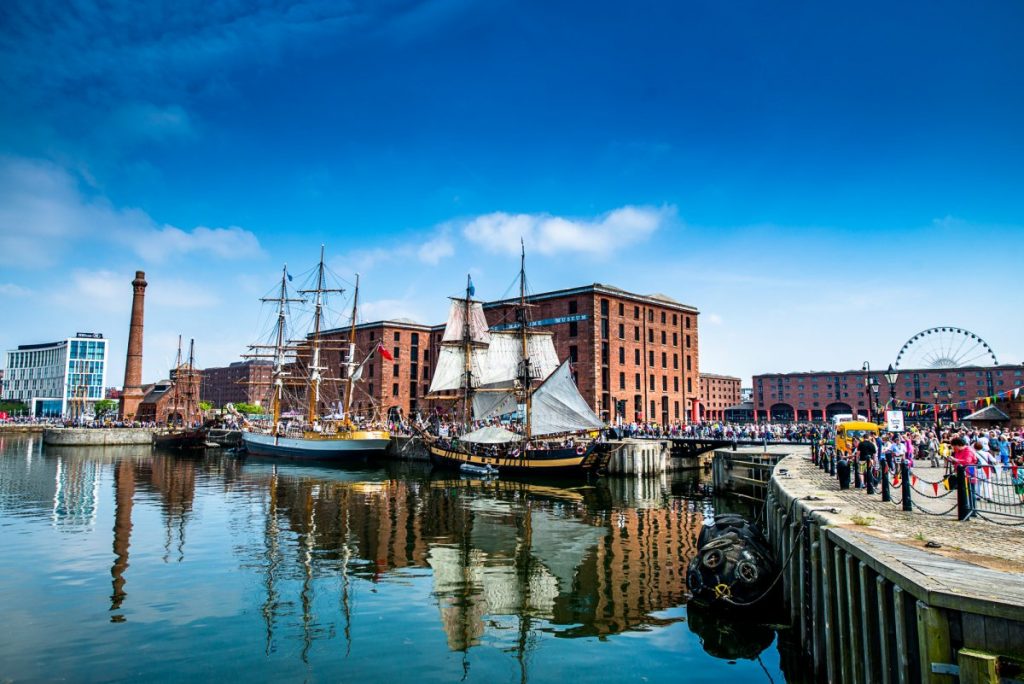 5. Cross the Mersey by ferry

It’s a fascinating journey that combines music and history, tracing the last 60 years of Britain’s most famous bands and musicians, with lots of memorabilia and history to discover. You can find lots of curious things about such icons as Oasis, Queen, David Bowie and Coldplay. For aspiring musicians, this is an especially fun experience because it allows you to try playing many instruments and perhaps, as is often the case, have a jam session. The British Music Experience is located right across the river from the famous Liver Building. 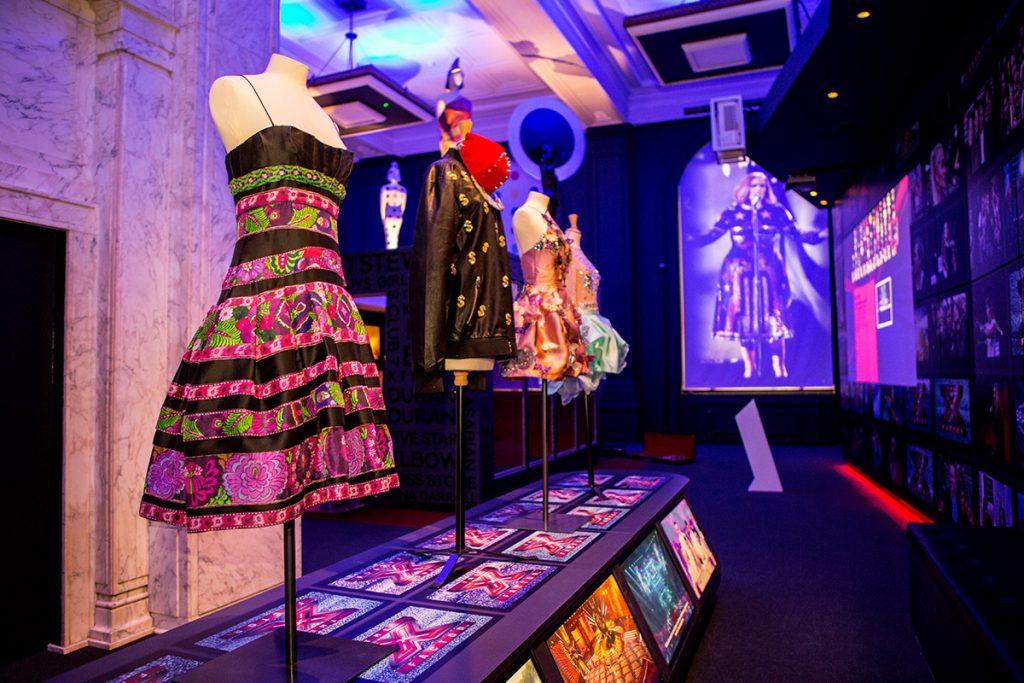 7. Climb 138 meters to reach the top of Radio City Tower

Radio City Tower is the tallest tower in Liverpool and one of the main points that overlook the city. Built in 1969, the tower now looks its age but still offers spectacular views from the observation gallery. On a clear day, you can see Wales and even the Cumbrian Mountains in Northern England. The Radio City Tower is located 200 meters from Lime Street Station in the center.

8. Go shopping at Liverpool One: a trendy shopping mall in downtown Liverpool

Liverpool One is the best place to shop in the city. Its selection of international brands includes Zara, GAP, Karen Millen and the exclusive beauty bazaar Harvey Nichols. If you’re looking for a tech gem, you’ll find great Apple and Bose stores. When you get an appetite, check out one of the many restaurants serving a variety of cuisines. After shopping, be sure to visit Wahaca’s Rooftop Garden on the top floor. Liverpool One Shopping Center is steps away from Liverpool Central Station and is surrounded by hotels of all types. 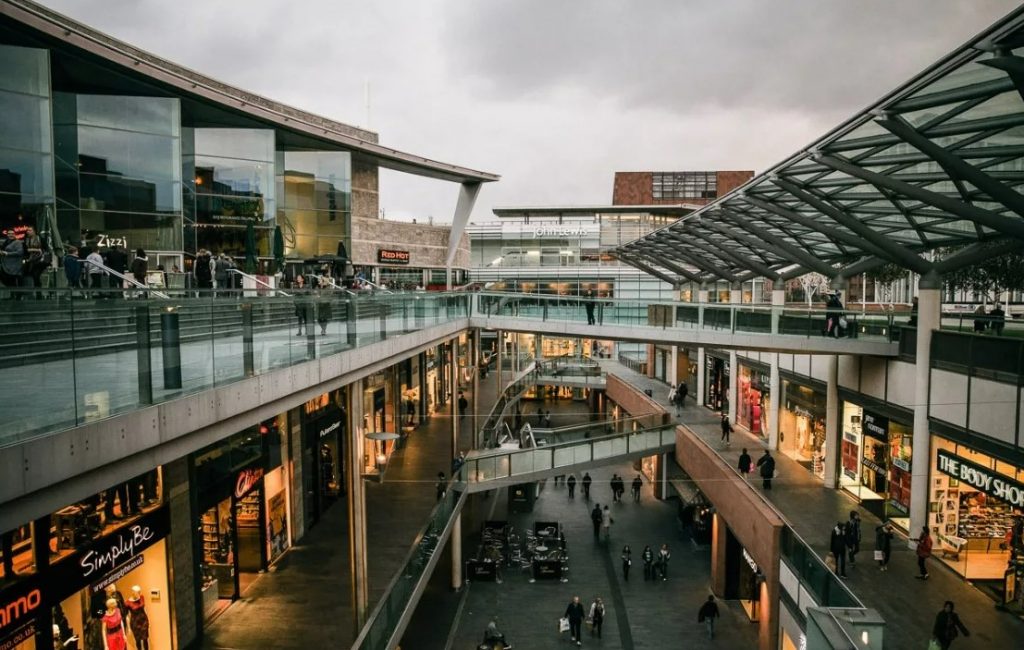 8. Go shopping at Liverpool One: a trendy shopping mall in downtown Liverpool

Rope Walks is an area of the city between Liverpool Central Station and Liverpool Cathedral. It is a trendy neighborhood with many bars and restaurants. Thanks to the friendliness of the locals and the large number of students, Liverpool’s bars are particularly fun and lively. On Seal Street you’ll find a long line of trendy bars, restaurants and clubs. If you get hungry, you’ll find late-night noodles in the nearby Chinatown.

While it’s not the original Cavern Club , where the 1960s Merseybeat music movement originated (the original club was destroyed in the 1980s), this reincarnation is still a great place to spend an evening in Liverpool. Local and international bands perform every night (as well as during the day). 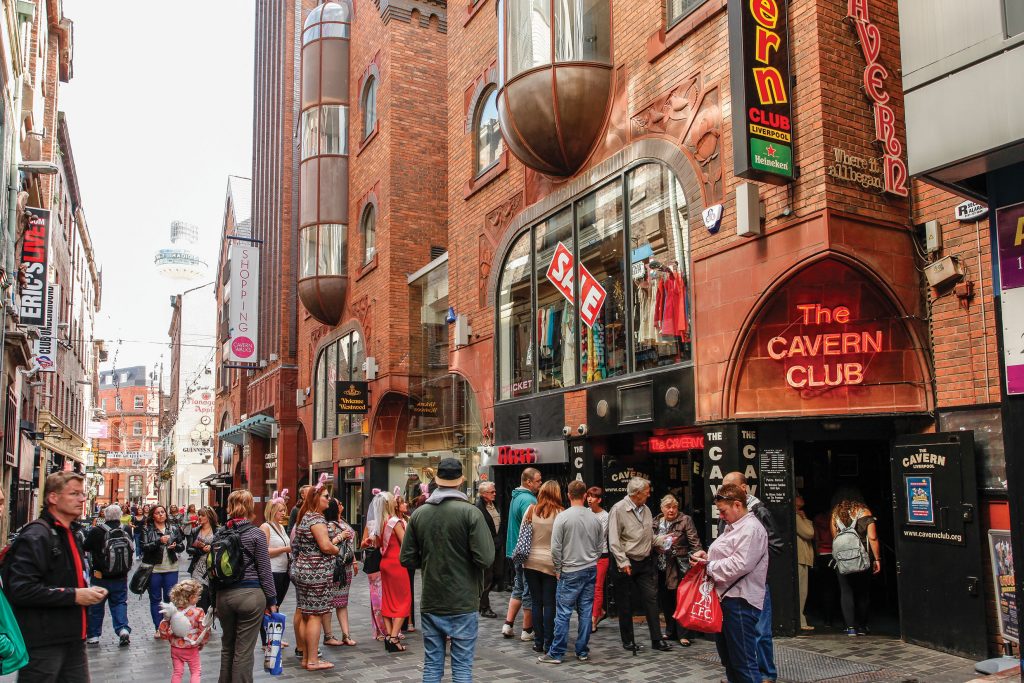 Live music starts in the morning at 11 a.m. and continues until midnight. They often feature tributes to the Beatles and other legendary pop bands such as The Doors and Oasis. Also, admission is almost always free. If you plan to stay up late to live music, booking a hotel near the Cavern Club can make the evening easier. 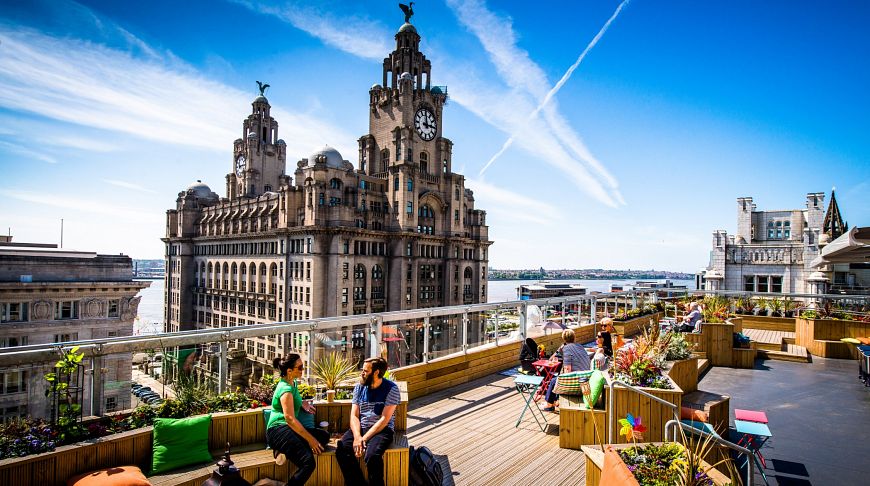 The city has been called the pop music capital of the world, and its coastline is a UNESCO World Heritage Site. If you haven’t yet found a reason to travel to the North West of England, we’ve rounded up ten good reasons to visit the wonderful Liverpool!

Liverpool is one of Britain’s most beautiful cities, stretching up the coast of England at the mouth of the River Mersey. It’s a city with a vibrant atmosphere and a rich cultural heritage, a trip to which will remain in your memory forever. Take the train from London and in two hours you’ll be in Merseyside, with Liverpool’s affable people and landmarks – chief among them the UNESCO World Heritage-listed port facilities.

READ
Top 7 most beautiful deserts that everyone should see

Liverpool’s iconic landmark is the dock built by Prince Albert in the mid-19th century. Built only in stone, the Albert Dock was one of the first enclosed docks in the world at the time of its creation. 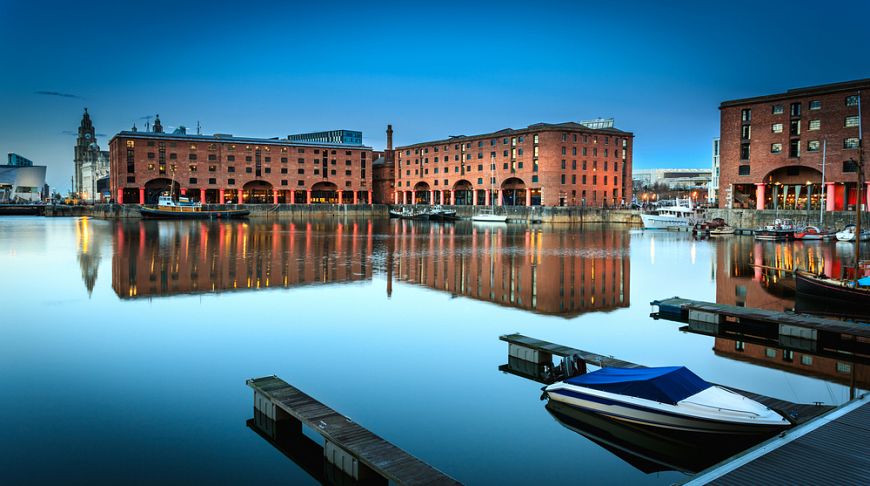 After all, it’s the most pompous part of the Port of Liverpool, consisting of several structures. 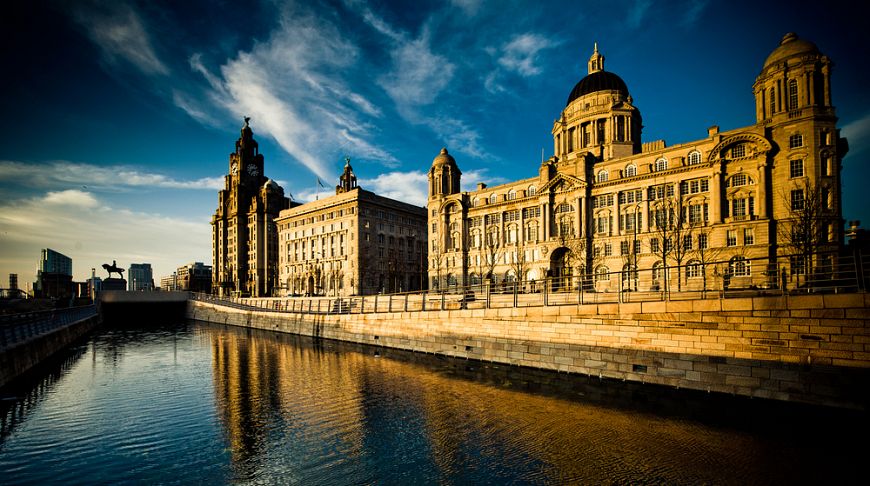 Go to The Beatles museum.

Liverpool is listed in the Guinness Book of World Records as the capital of world pop music. After all, this is the birthplace of one of the most popular bands of all time – The Beatles. So your trip to the city on the coast just can’t do without a visit to the Liverpool Quartet Museum. 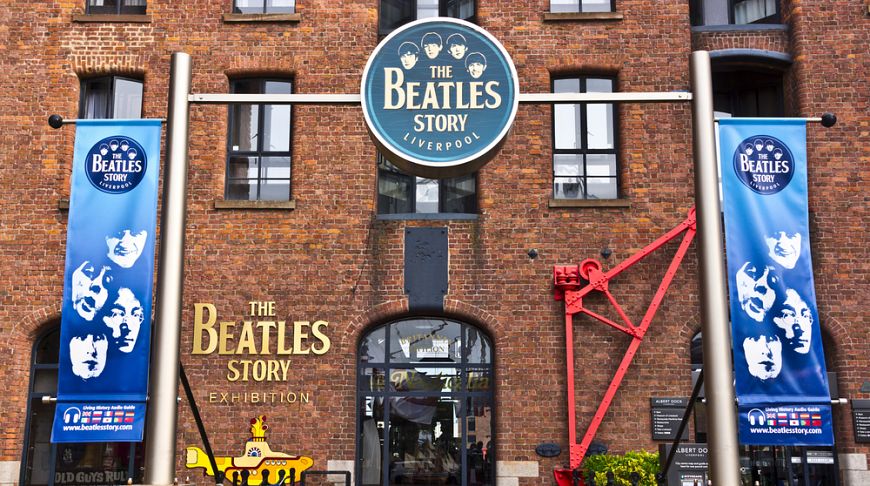 Take a stroll through Sefton Park.

Liverpool boasts more than 40 parks, the largest of which is Sefton Park with 235 acres of green space and a lake. The iconic point of the place is the glass greenhouse Palm House, where concerts and celebrations are often held today. 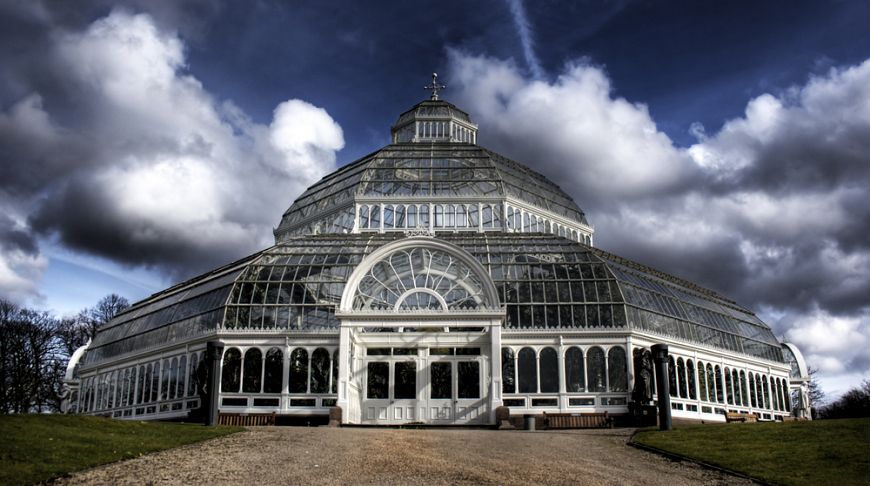 The English are avid soccer fans, and Liverpool FC is one of the most famous clubs in the country. Go to the club’s home stadium, Anfield, to watch the famous team play and feel the exciting soccer spirit. 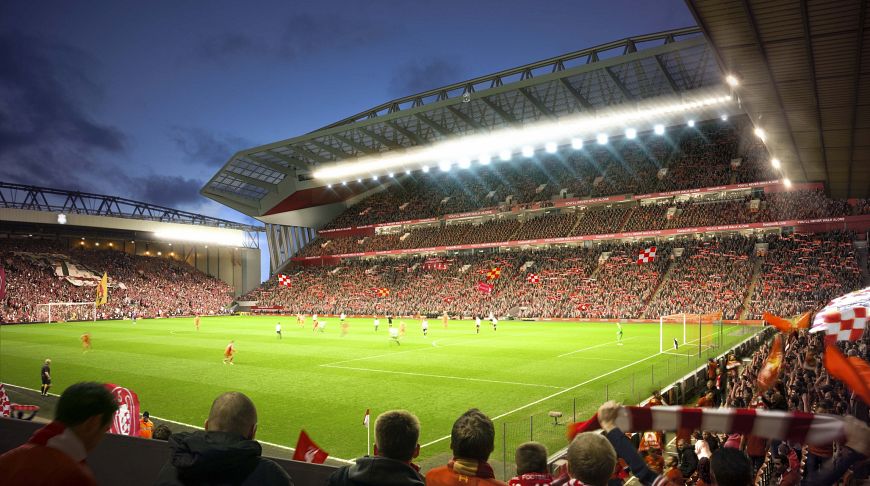 Go to the galleries.

Don’t forget to include a cultural program in your trip as well. For art lovers Liverpool has the Tate Liverpool (a branch of London’s Tate Modern), The Bluecoat, an art center that has been around for nearly 300 years, the Walker Art Gallery (one of the most important in Britain), and the Open Eye Gallery, worth a visit for photography lovers. 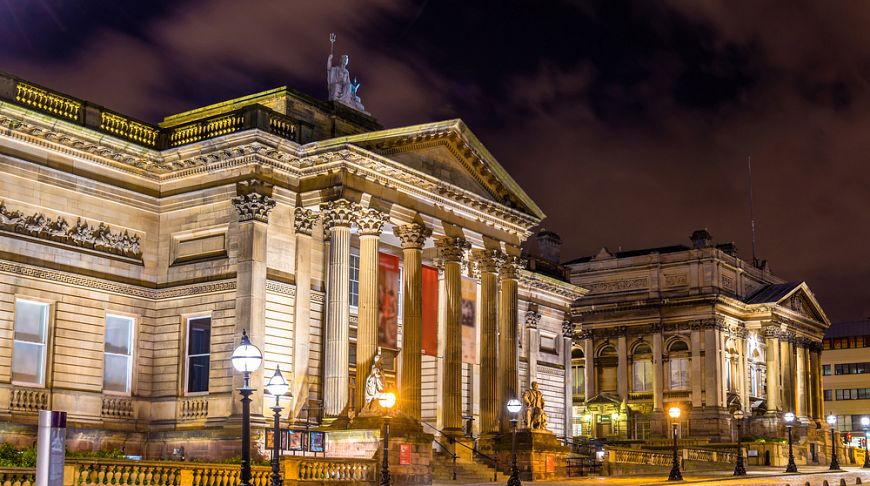 Check out the Speck Hall.

The Tudor-era Speck Hall is one of the UK’s oldest surviving houses. It dates back to the beginning of the 16th century.

READ
Where to go for a vacation: resorts in Turkey 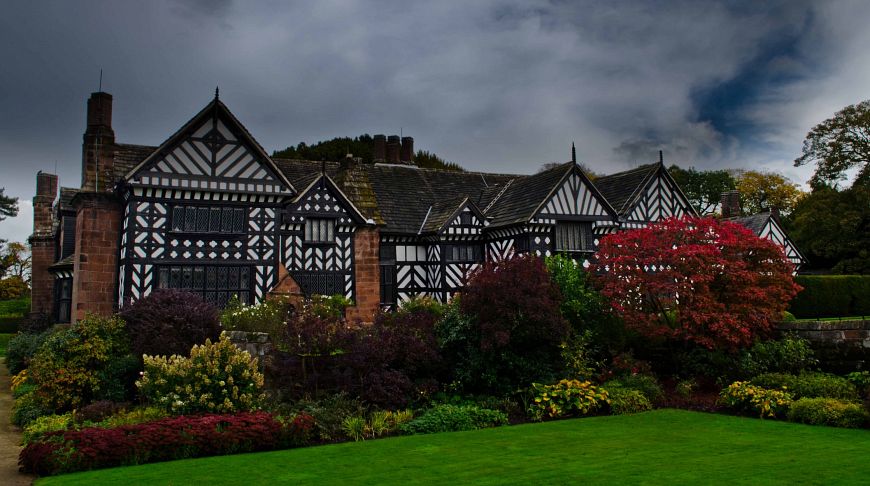 Which is considered a prime example of twentieth-century architecture and is Liverpool’s main Catholic church. 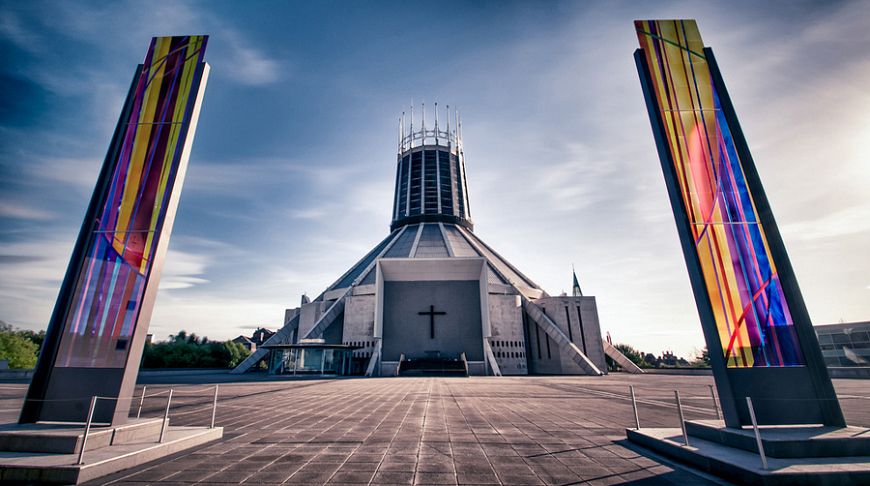 The ferry service between Liverpool and the Wirral Peninsula, which has been around since the 14th century, is a great way to enjoy a river ride and a beautiful view of the city. 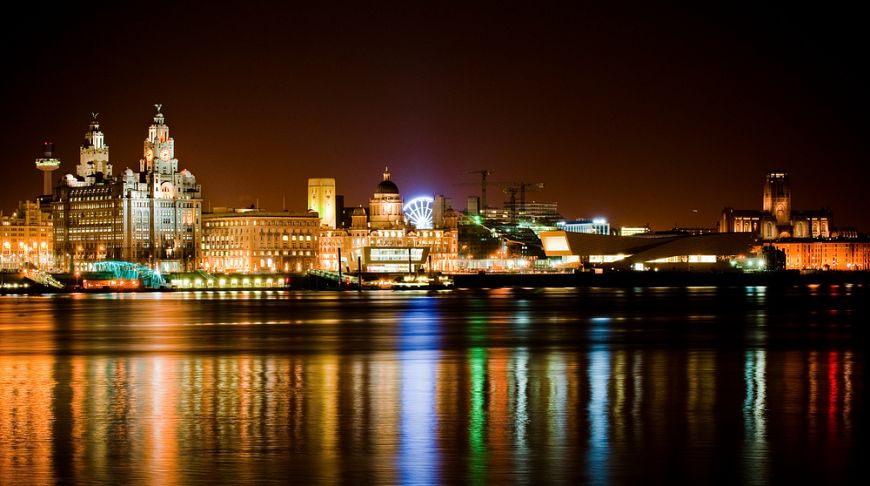 The town hall, which has been in existence for more than 250 years, is considered a model of Georgian architecture in Great Britain. Tiles, mosaics, and stucco – the interior of the building is definitely worth seeing. 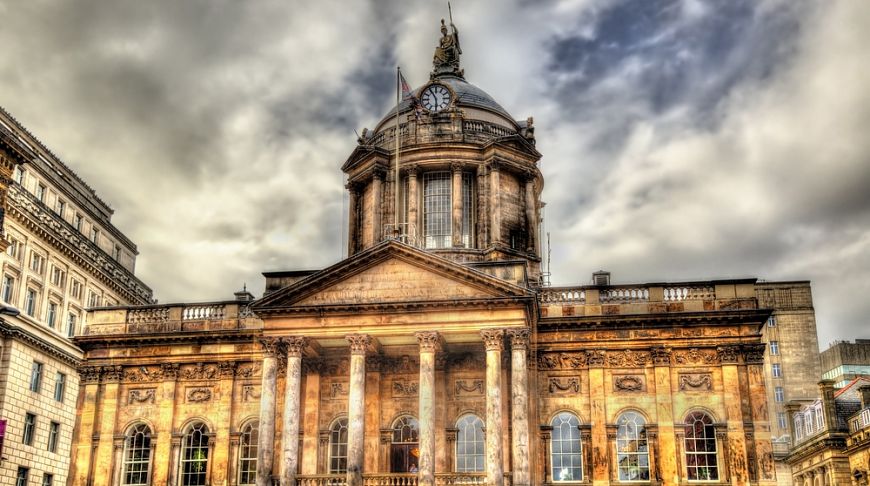