10 things to do in Barcelona 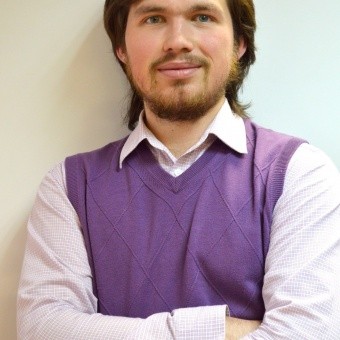 Barcelona is a city of anarchists, also in terms of music. There isn’t something dominant here, and all genres are equal. Whether you want to go to a world star show or listen to the avant-garde, there are plenty of concerts of all kinds in Barcelona. Do you want classical music? The Palau de la Música Catalana (one of the best halls on the planet) is at your service. Enjoy the atmosphere of a good music festival? Get tickets to Sonar or Primavera Sound. 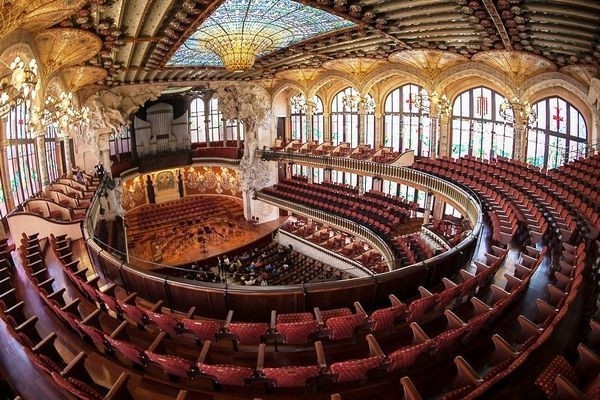 2. Take a walk down the Rambla.

Not to be outdone – yes, the most touristy street. Yes, you’ve probably heard about it before, but to walk along it all the way to the sea is a must. Somerset Maugham wrote that it’s the best street in the world. Walk from Plaça Catalunya to the port and take in the architectural masterpieces. Remember two things – don’t eat here and be careful of your bags and pockets – cunning thieves like to take advantage of the fact that tourists walk in crowds, with their heads up. 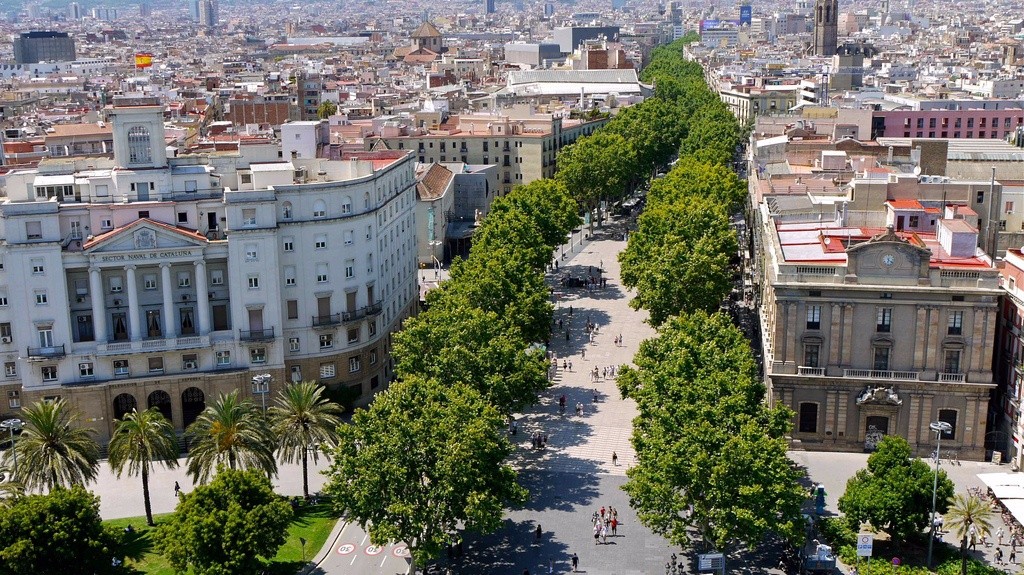 Barcelona has many temples of different denominations, but the loudest and brightest is the New Field, which is how the name of FC Barcelona’s home stadium translates from Catalan. You may not like soccer, you may not understand what offside, corners and even penalties are. You can sincerely be puzzled what is spectacular in a crowd of men, kicking a ball to each other. However, you should come here to see how a huge stadium, like a living organism, in a single burst of joy or concern for their favorites and how almost 100 thousand people sing songs, how people come to soccer in large families, from gray-haired elders to small children who have just learned to move on their own. If you love the game, then go here to see what Messi and company are up to. The club’s motto tells us that Barcelona is more than a club. If you visit this stadium, or better yet, the museum that is in it, you will understand why this is so.

READ
La Digue, Seychelles. Where is it and what to see? 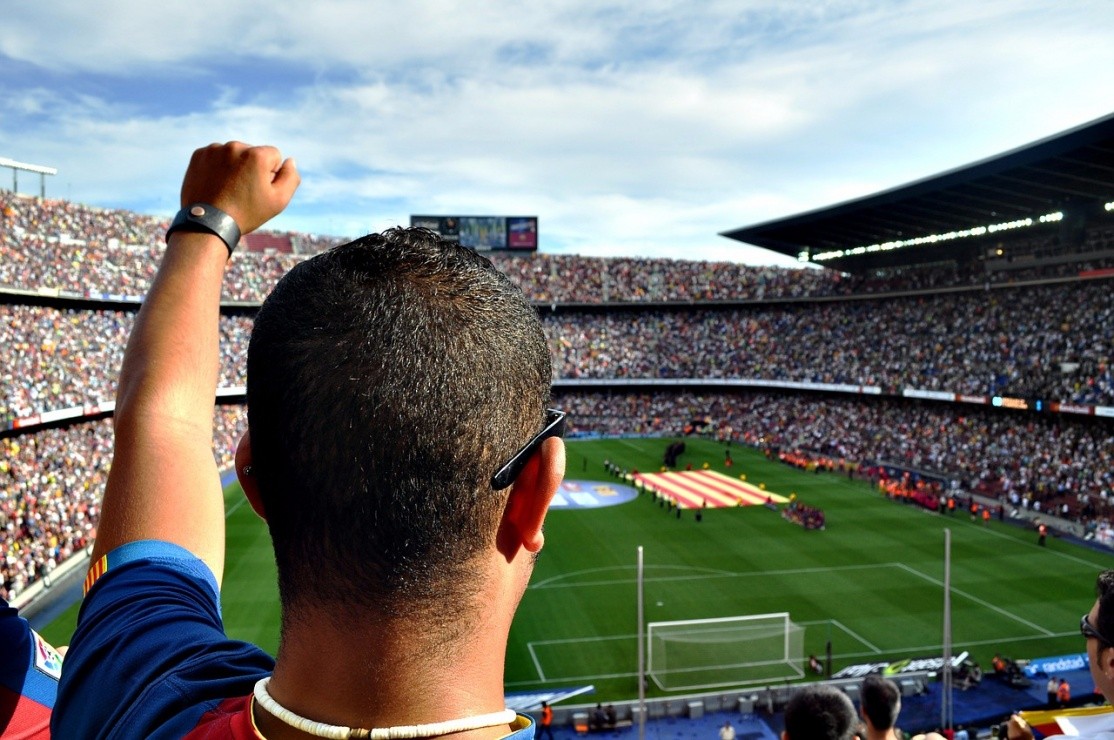 4. Find the best view of the city

Barcelona is a lady that is good both up close and from afar, especially if you know where to look from. Some recommend Mount Tibidabo, which has a wonderful amusement park, while others recommend the Norman Foster TV tower observation deck. Take note of the mountain Monjuïc. We recommend you do the following: have lunch in Barcelona (the old fishermen’s quarter) and from there take the funicular to the top of the mountain. Besides the beautiful view, Monjuïc will offer you beautiful parks and a huge museum dedicated to art. 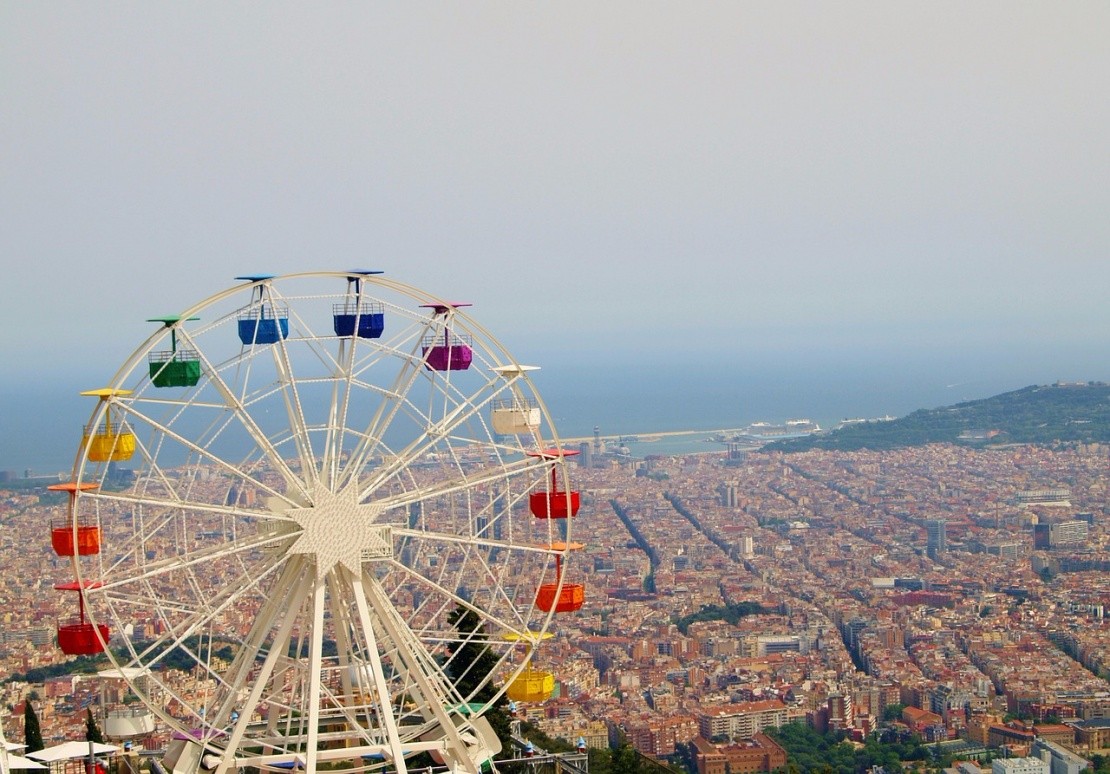 5. Marvel at the Sagrada Familia

La Sagrada Familia is not even a church, it is a dream made in stone by one of the most famous sons of Barcelona, Antoni Gaudi. The great architect wanted Barcelona to be like no other city in the world, and he contributed to it. The pinnacle of his thought was this temple, which is still unfinished. The planned completion date is 2026. 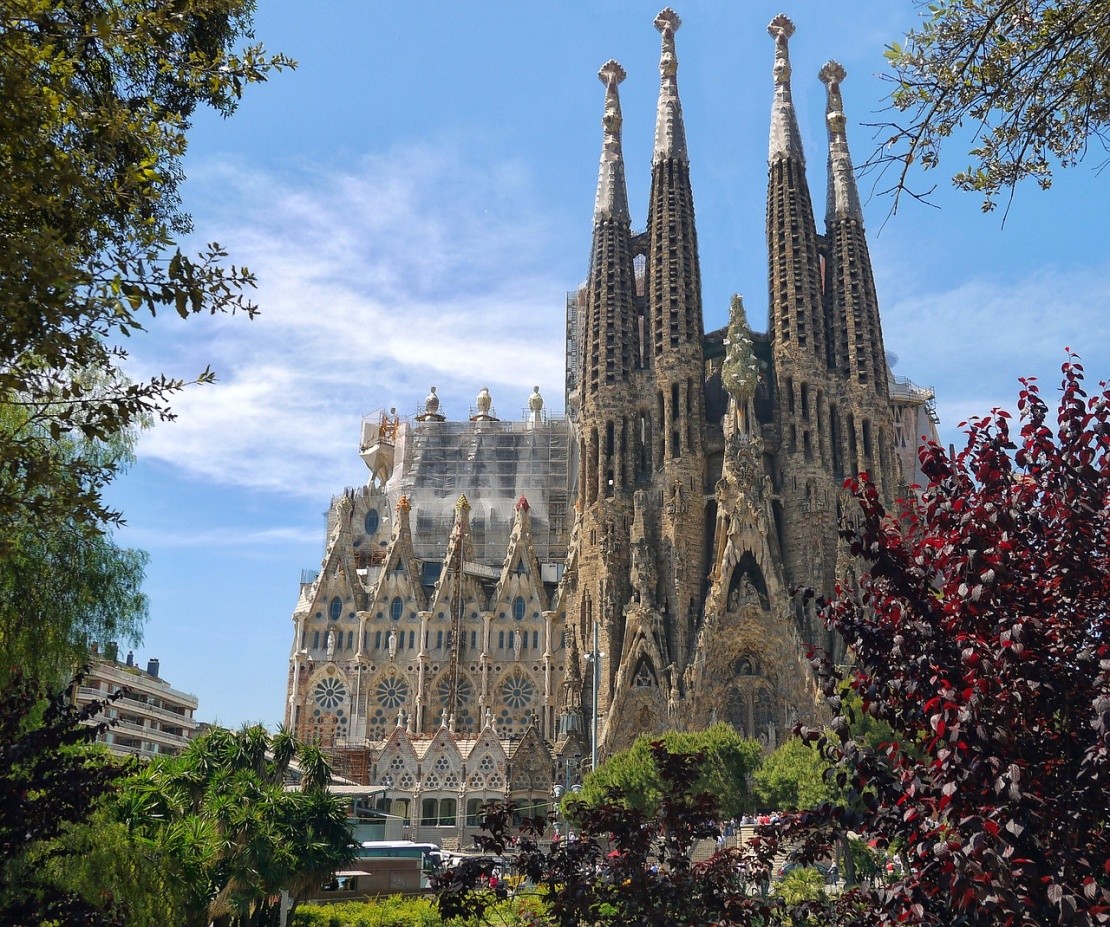 Barcelona is the city where dreams come true. One little boy loved to play soccer, but he had problems with his height, thanks to Barcelona he became the best soccer player in the world. Do you have a dream? To travel around the world? Become a freelance artist? Run a marathon? This city is a great place to live out your dreams. For example, the marathon as a way to overcome yourself. The Barcelona Marathon is one of the most famous in the world, while not being as difficult as, for example, the Athens Marathon. It traditionally takes place in early March. The finish line is in Plaça Espanya, where there are many fountains and from where you can make a hike up to Montjuïc. 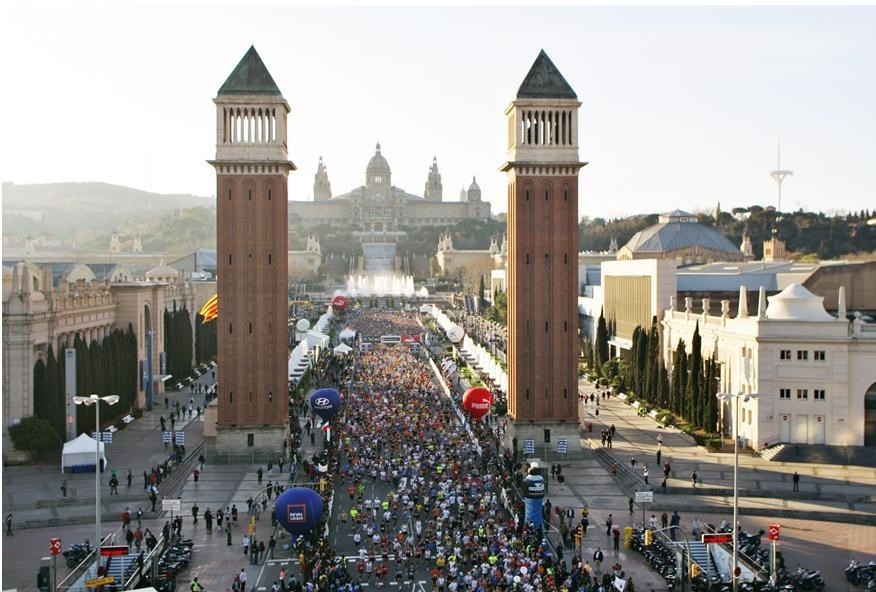 7. Get in touch with Catalan cuisine

The local cuisine is very diverse, just like the city itself. From wild boar with baked apples and lobster with a bottle of expensive wine in a gourmet restaurant to simple peasant snacks (tapas). Also recommended is catalan paella, which is made with a little pasta instead of rice. It’s delicious!

READ
The history and sights of the Hamburg metropolis. 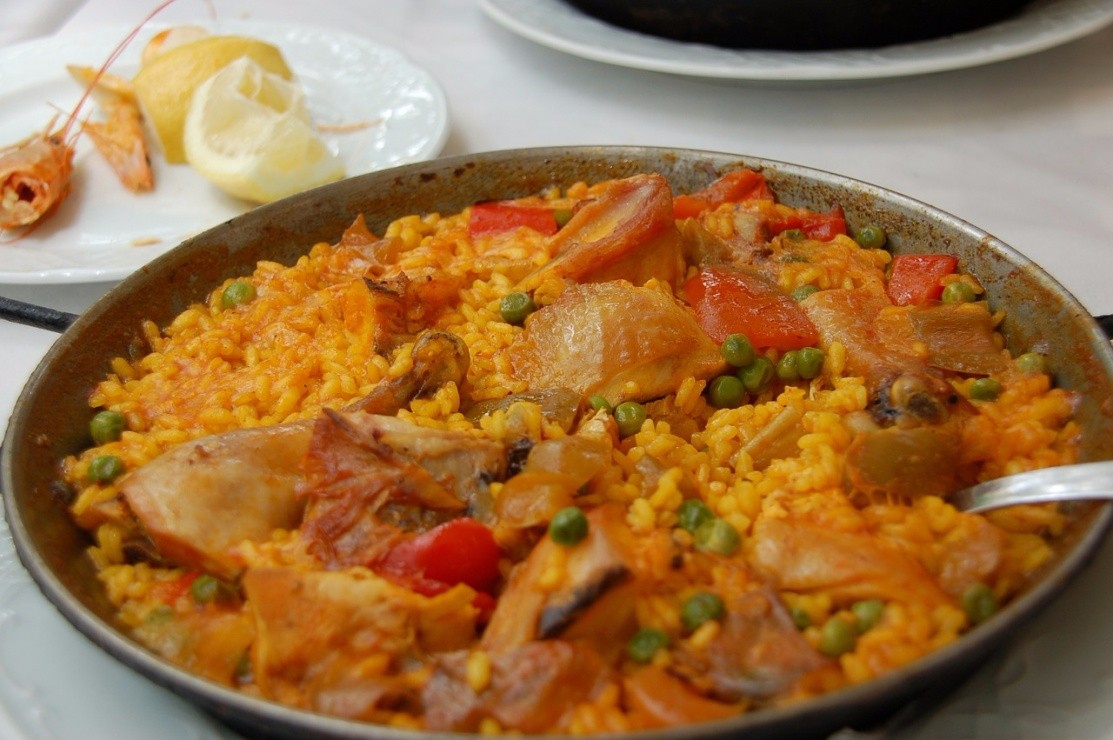 8. Become part of the fantasy in Park Güell

Gaudi left a huge number of monuments of architecture to his beloved city. The imagination of the architect even created a whole park filled with gingerbread houses and streets. Gaudi built this park for 15 years, following the garden-city concept that was fashionable at the time. The park was divided into plots, where it was planned to build mansions, but only three houses managed to be sold, and in one of them Gaudi settled down, now there is a museum of his name, which is worth a look. 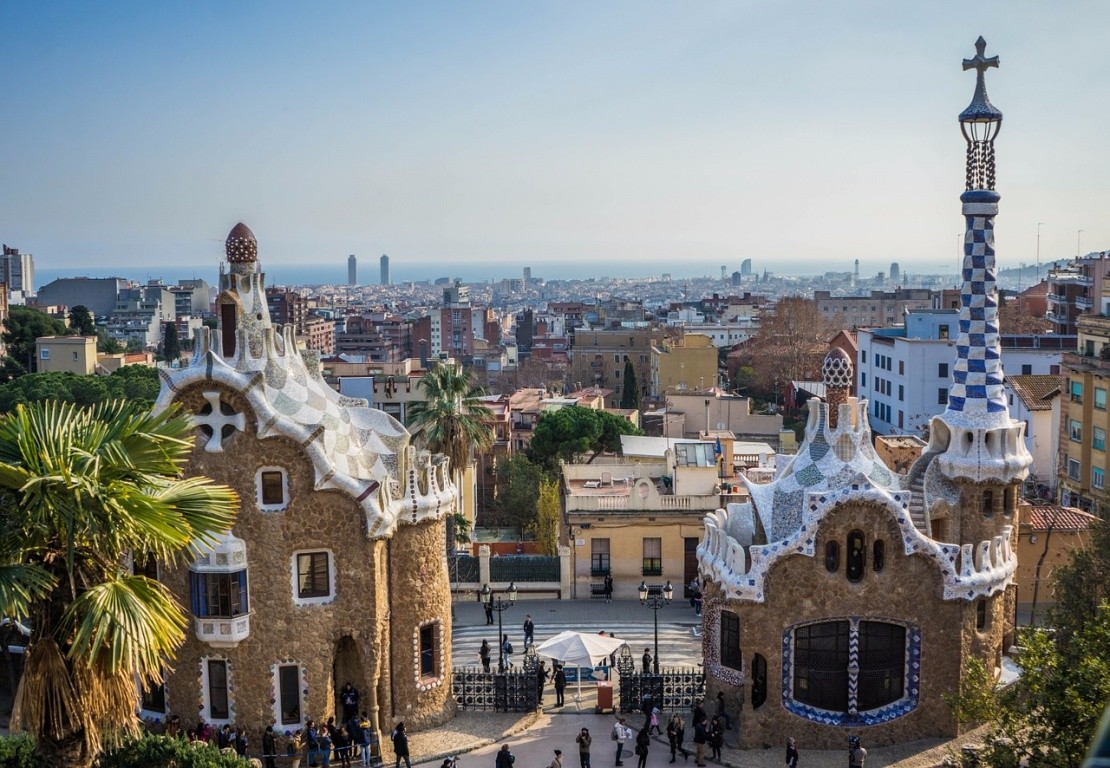 The Gothic Quarter (also called the egg yolk by the inhabitants of the city) is the cradle of Barcelona, the birthplace of the city. It was once the site of a Roman settlement, traces of which are still visible. The quarter itself is an example of a medieval town: narrow streets and buildings from the 14th and 15th centuries. Walking around the quarter and admiring the ancient buildings, do not forget to look around you, here you will find a huge number of interesting stores. Combine shopping with admiring and finish your walk with a visit to the Picasso Museum where you can see his early works made in a strict academic style – what could be better? 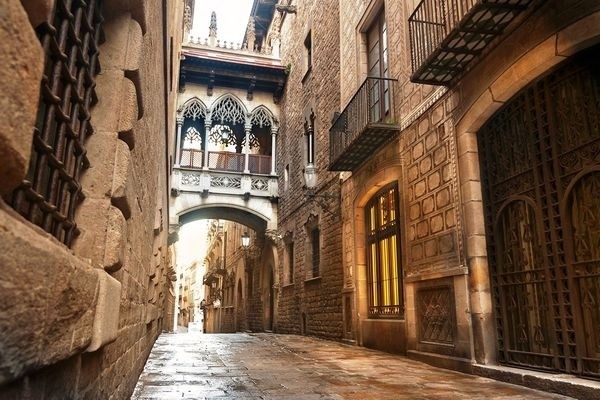 Throw away the map, turn off the navigator. All you need is feet to walk and eyes to admire. In addition to all the sights mentioned, there are a huge number of other interesting places that even the biggest guidebook can’t list and can’t find. It is always possible to be guided by the big streets like the Diagonal, but it is the only way to dive into the Barcelona Sea.