The colorful mix of German and French cultures, languages, religions and history is reflected in the art and gastronomy of Alsace, and has given rise to many distinctive traditions.

Christmas is a national holiday throughout France, but in Alsace people get a whole extra day to celebrate. Transitioning from the days when Alsace passed from German back into French hands, December 26 marks Saint-Etienne Day, and like the rest of the country going back to work with a hangover, happy Alsatians get the day off. The same thing happens during Easter weekend: the Monday after Easter Sunday is a national holiday, but in Alsace they also get a good Friday, making it a longer 4-day weekend.

The stork is a bird beloved by Alsatians to an almost mythical degree. Once threatened with extinction, the stork population is now thriving, and the birds are widely believed to bring good luck (and children, of course). To this day, it is considered a good omen for the residents of a house where a stork decides to make its nest.

In small towns and villages, Messti or Kilbe are celebrated once a year, either for a whole day or a whole weekend. The tradition began as a holiday to mark the date the local church was consecrated. Locals find their attractive traditional costumes, enjoy delicious food and usually have a good time, usually topped off with a dance. It is mostly a family celebration, with several generations coming together on this special day.

The famous Alsatian hood, although it fell out of use after 1945, can still be seen occasionally at folk festivals and ceremonies. It varies widely from village to village and carries its own language, reflecting the social status and religion of the wearer.

READ
Where to drink and eat in Buenos Aires, Argentina - peculiarities of the national cuisine

France has a strict separation between Church and State, according to the doctrine of laïcité. Alsace and Moselle, however, are the only historical regions which have no such separation. Although freedom of worship is a constitutional right, public subsidization of religious institutions is permitted, and clergy are on a state payroll. Only here is the teaching of religion allowed in public schools, although parents are allowed to opt out of religious instruction for their children.

Unlike the rest of France, in Alsace, the landowner is not considered the owner of the game inhabiting it, and therefore hunters cannot be prevented from accessing private forests and fields. Hunting rights are auctioned off with nine-year licenses.

Christmas markets are the hallmark of winter in Alsace. More than two million visitors from all over the world flock to the Christkindelmarlik in Strasbourg, just one of hundreds held throughout the region. The capital of Christmas, Strasbourg famously owes its title to the fact that the very first Christmas market was held here in 1570. As with most religious holidays in the Middle Ages, it was an event that combined the sacred with the mercantile, selling all kinds of food, goods and crafts, which gradually turned into magical events that take place every year around the Christmas holidays in Alsace.

The town of Celestat officially declares its status as the town where the Christmas tree originated. In fact, it was here that the first written mention of the Christmas tree was found in 1521 in the town register. Technically it refers to the right to go and cut down trees in the woods on Christmas Eve, but over the centuries its identification as the birthplace of the original Christmas tree has been incorporated into Christmas traditions.

If you have been naughty, it may be best to avoid Alsace in the run-up to Christmas lest you run into le Père Fouettard. The whip-wielding character goes along with St. Nick on his gift-giving mission, but instead of gifts, he releases lumps of coal and floggings to any children who misbehave.

10 things to do in Alsace, France 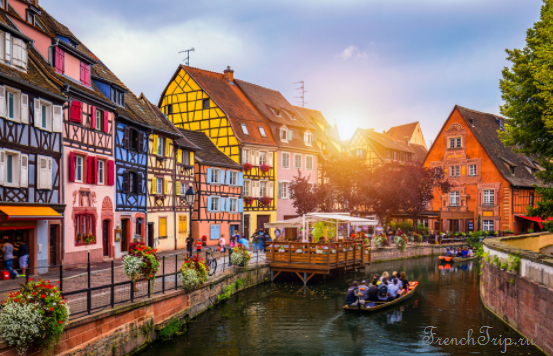 This is not a long itinerary through the smallest and one of the most picturesque regions of France, Alsace. Fabulous half-timbered lodges await you, along with great white wines and traditional Crémant d’Alsace. In principle, this route largely coincides with another tourist attraction – the Wine Route of Alsace, which is not surprising considering that all the attractions of the region are mostly located along the main highway and the regional road parallel to it. 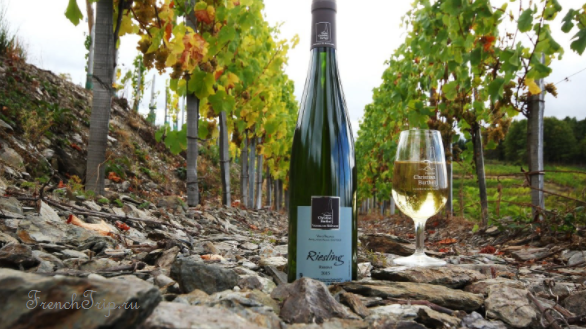 Don’t be surprised by the short length of the route: it is in any case full of postcard views and enchanting landscapes of rolling hills covered in vineyards. 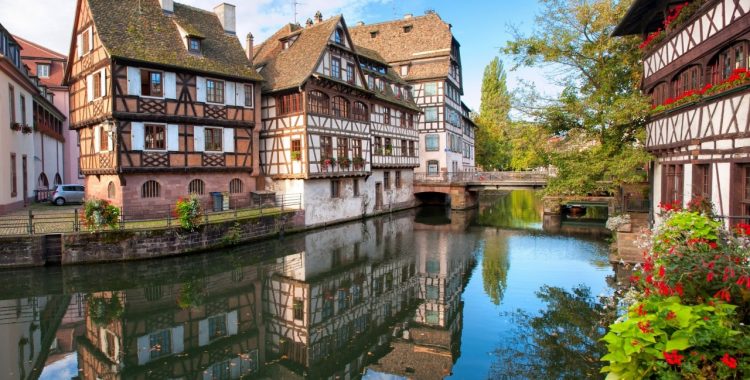 Thanks to the short distance of the route, you can also stop in just a couple of towns, and from there you can already make radial trips around the area. Most of the “good stuff” is concentrated around Colmar, but there are also some very worthwhile places near Strasbourg.

Strasbourg, the main city of Alsace, shows you lots of different faces: the old half-timbered houses of the “Petite France” blend in with the rugged German architecture of the German annexation period, while the modern buildings of the European quarter await you just far away. Take a day out of this city with a canal tour and a climb up the cathedral tower, once the tallest building in Christendom! 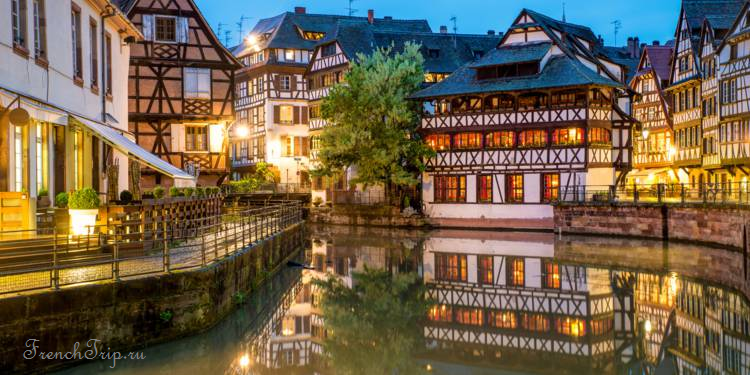 Haguenau is the gateway to North Alsace, and with its 35,000 inhabitants it is one of the largest cities in the region. Haguenau is bordered by the two villages of Betschdorf and Soufflenheim, which are well known for their ceramics. You can learn the secrets of making pottery from the clay by visiting the workshops. In addition, there are traditional Alsatian half-timbered houses and a historical monument in the form of the Maginot Line.

If you wish you can also stop at Hunspach, one of the most beautiful towns in France, though it is not so distinguished by its architecture and atmosphere, and loses out to Hagnault.

Obernai is one of the most beautiful towns in Alsace and is sure to charm you with its ancient streets framed by colorful half-timbered houses. Due to the small size of the city, you can walk around it up and down in two hours, and spend another hour eating lunch on the central square and admiring the picturesque ensemble of houses. 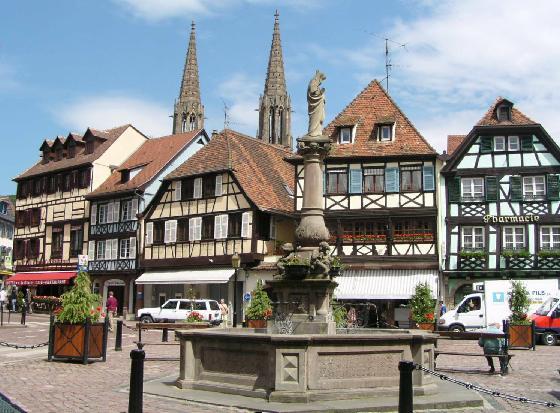 And you can continue your trip to the most spectacular castle of the region – At Königsberg. The characteristic rather for Germany view of the castle is supplemented by panoramic views of the surroundings and interesting halls with hunting trophies. 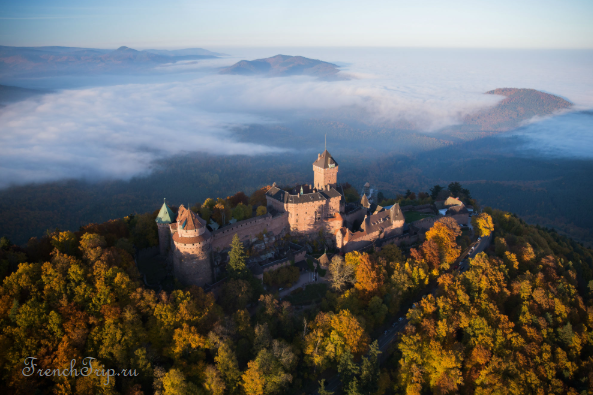 You can end the day in the quiet but picturesque town of Bergheim, halfway to the next towns for tomorrow.

Days 4 and 5 of the Alsace itinerary are devoted to wine towns and villages. You can start the day with a visit to Ribeauville, a stunningly beautiful town framed by the ruins of three castles (you can climb up a couple of them to admire the surrounding views and the panorama of the city). Conveniently, you can also get to Riboville by public transport. Do not miss the opportunity to visit a couple or three wine cellars to taste the local wines. 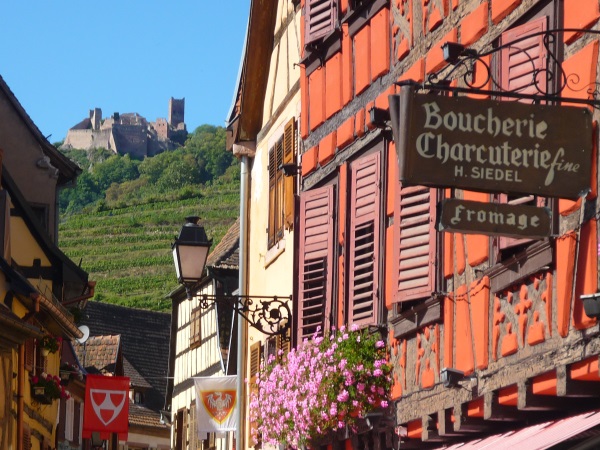 Then the road goes through the village of Unavir (among the most beautiful in France), which stands out especially for its wines (I would say more than the architecture). 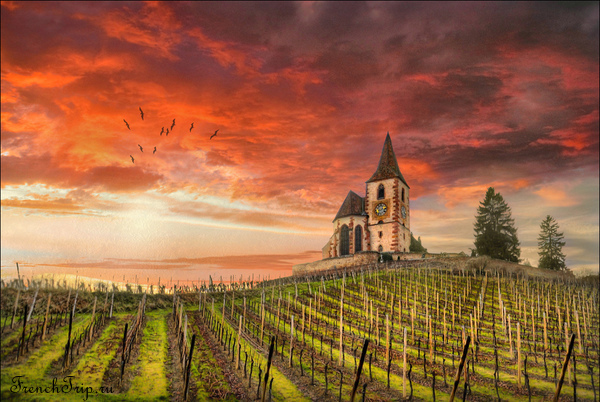 And then there’s the most popular little town, Riquewihr, whose colorful half-timbered houses have captured the hearts of so many tourists. Rikvir’s Christmas market draws so many people that there are jams of cars parked even in the vineyards. But in the other season there are also quite a lot of people here, so that in the evening during the holidays there may not even be a seat available in the restaurant! 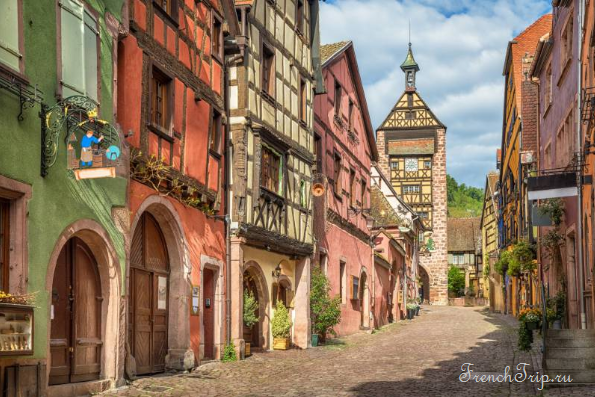 The itinerary is coming to an end and the number of beauties is increasing. On day 5, the town of Kaysersberg, with its castle ruins lost in the vineyards, and my favorite Egisheim with its characteristic central street system, in the center of which you will find a beautiful square with a castle (Château d’Eguisheim (Bas-Eguisheim)) and the fountain of the Pope. And it is here, in the most charming yellow house, they sell the best (to my taste) Crémant d’Alsace. Here, in Aegisheim, is the largest wine producer of the region – Wolfberger. It is his products that are more likely to be found on supermarket shelves outside of Alsace. 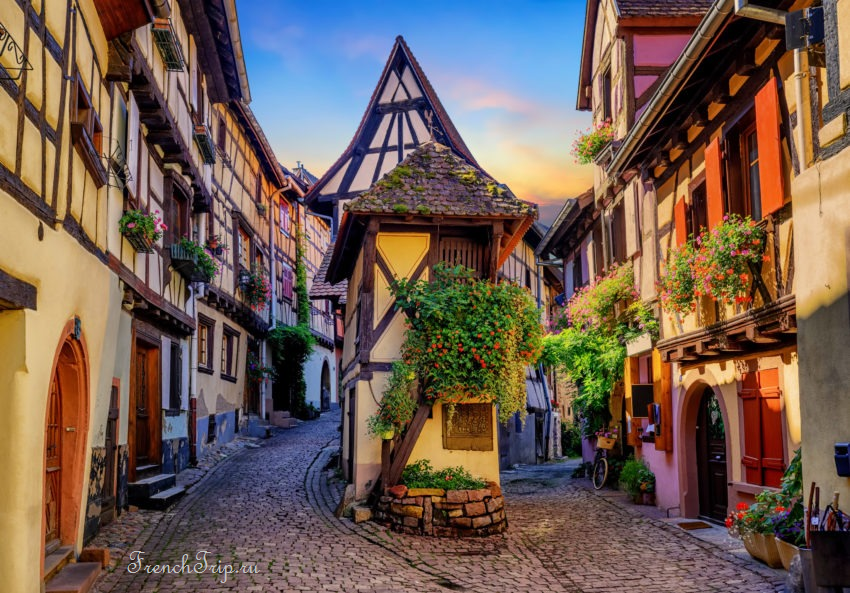 The conclusion of the 6-day itinerary in Alsace is the capital of the department of Upper Rhine, Colmar. The area of colorful fishermen’s houses, the “Little Venice” of Alsace, is combined with a magnificent ensemble of medieval houses, which look especially charming during the Christmas markets. At other times too, however, these houses with their carved wood details leave no one indifferent.