It turns out that our country has quite a few sites included in the UNESCO World Heritage List. We have selected for you 10 Russian World Heritage sites that you simply must visit.

The UNESCO World Heritage List was created to protect unique – man-made and natural – sites from destruction. As of today it includes 1052 objects, 26 of which are situated in Russia.

Suyumbike is one of the most famous falling towers in the world. There is a legend that it was erected by Ivan the Terrible in honor of a beauty with that name, but it’s a fiction. The tsar had died about 70 years before the construction began. The truth is that when he took Kazan in the 16th century, the first thing he did was to destroy all the mosques. The beautiful Kul Sharif Mosque, which today adorns the Kremlin grounds, is a “new building”, it was opened 12 years ago – in the year of Kazan’s 1000th anniversary. 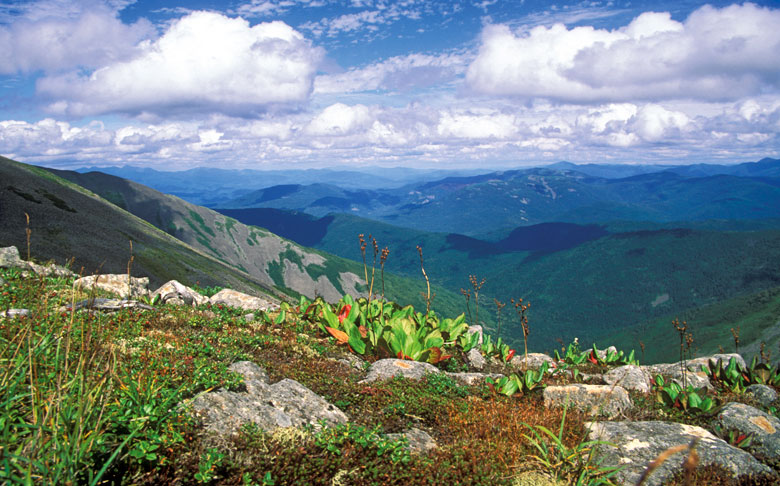 Reserve on the shore of the Sea of Japan is remarkable with over 1000 species of coniferous and broad-leaved trees. Here cedars and firs are twined with thin vines and lemongrass, and birch forests are lined with soft ferns. Such expressive mixture of subtropical and taiga plants is found nowhere else in the Northern Hemisphere! Animals here are very different: there are “southerners” – Himalayan bear and Kharza marten, and typical “northerners” – brown bear, lynx, wolverine and Amur tiger. Animals do not usually come out to people – there is nothing to be afraid of. But on the way to the North Cape tourists can observe the life of harbor seals. You can watch them almost indefinitely.

READ
Indonesia So Many Faces 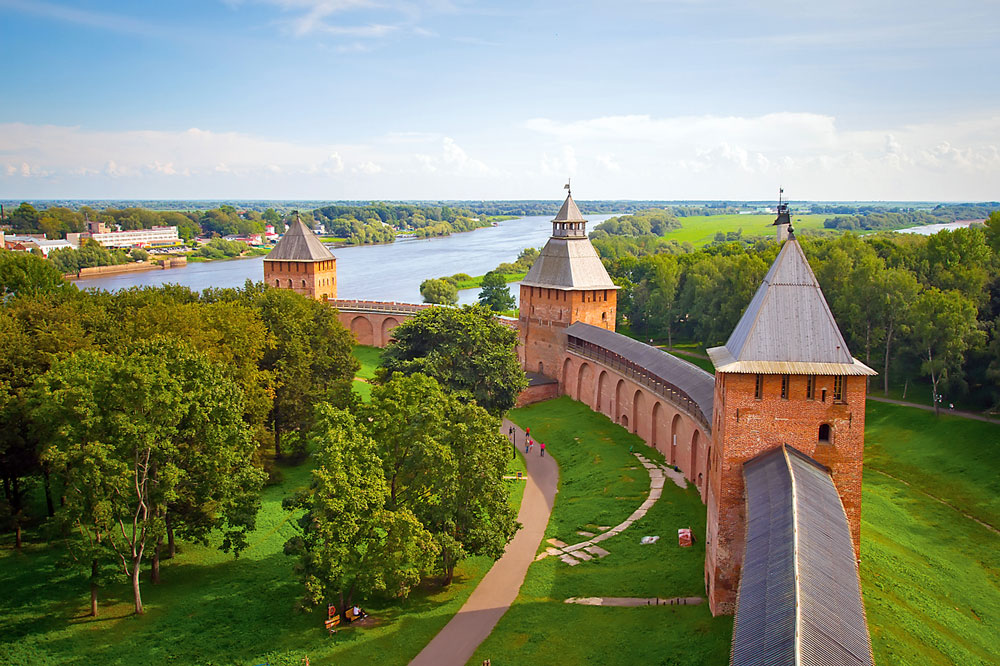 In one of the oldest cities of Russia (founded in IX century) and its environs UNESCO paid attention to 37 objects at once. The most important of them is probably St. Sophia Cathedral, built in the XI century by Yaroslav the Wise. From the other bank of the Volkhov River Nicolo-Dvorishchensky Cathedral looks at it. After it was restored, a graffiti museum was opened here: the collection of graffiti inscriptions, scratched on the walls of temples by the locals about 800 years ago, is huge. The list of monuments in Novgorod is huge: temples, metal wrought iron fences in the monastery garden, market stalls, blacksmith shops, and stables – in short, there is a lot to see.

The miracle-working icon “Seen” is kept in St. Sophia Cathedral 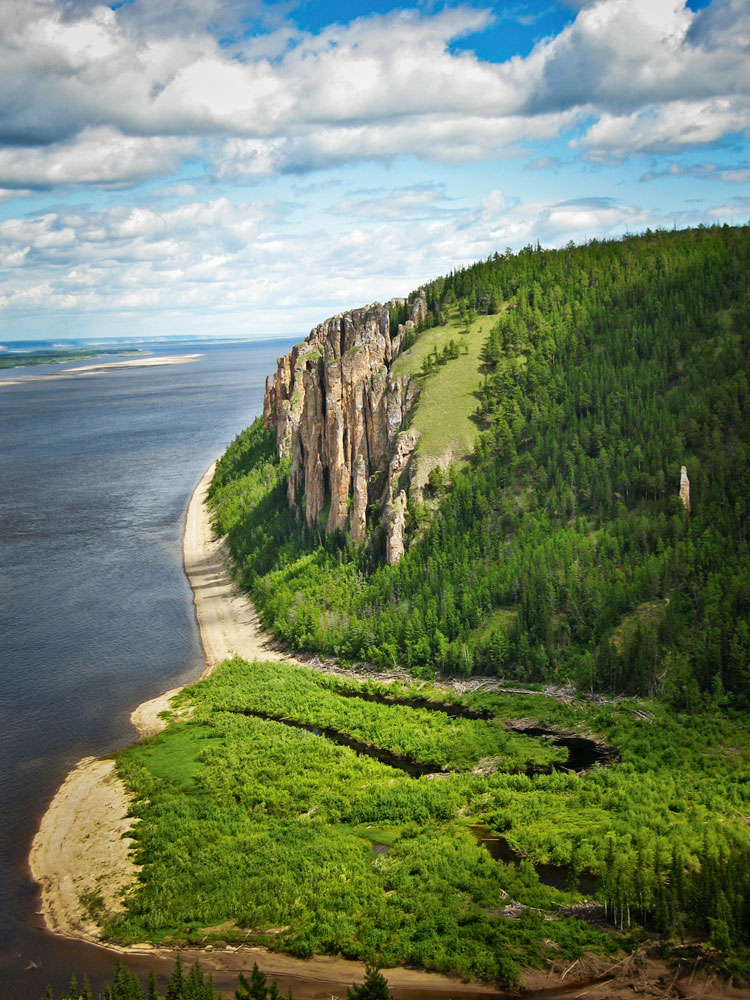 Scientists call these elongated rocks, stretching for many kilometers along the banks of the Lena River, the chronicle of the Ice Age. Meteorologists use them to study the history of climatic changes on the planet. You can reach the “Lena Pillars” only by water from Yakutsk. If you want to admire the rocks in the setting (or dawning) sun, take a two-day cruise on a large motor ship. The second option – the speedboat – is not deprived of advantages. Upon agreeing with the captain you can stop wherever you want, have a real fishing trip, stop at the site of ancient people Diring-Yuryah and take a walk on the sand dunes – tukulans.

READ
Amazing Ireland: Ten of the country's most interesting sights 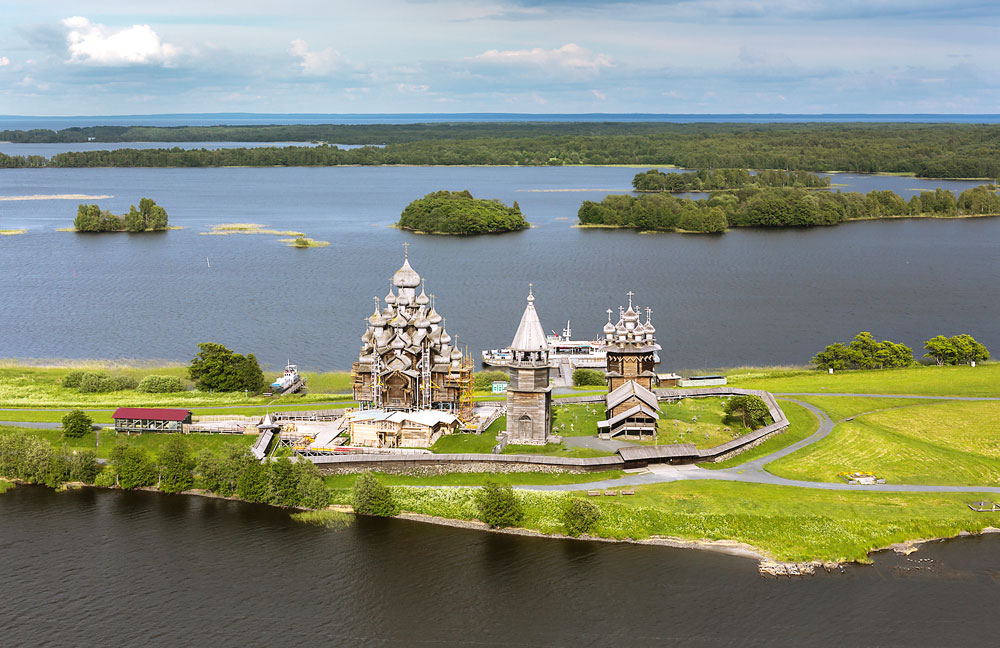 The main wooden monument of Russia is undoubtedly the 22-headed Church of Transfiguration (18th century) on Lake Onega. Its restoration began more than 30 years ago. It follows the “band” principle – the gradual replacement of logs, starting from the lower ones. Restorers do not deviate from tradition: cedar, as in the olden times, is harvested only in winter and dried for over a year. The work is expected to be finished by 2020. But the extensive reconstruction does not hinder the work of the temple; services continue to be held there. On August 19 they will celebrate the Transfiguration, come!

Churches in Kizhi are built without a single nail 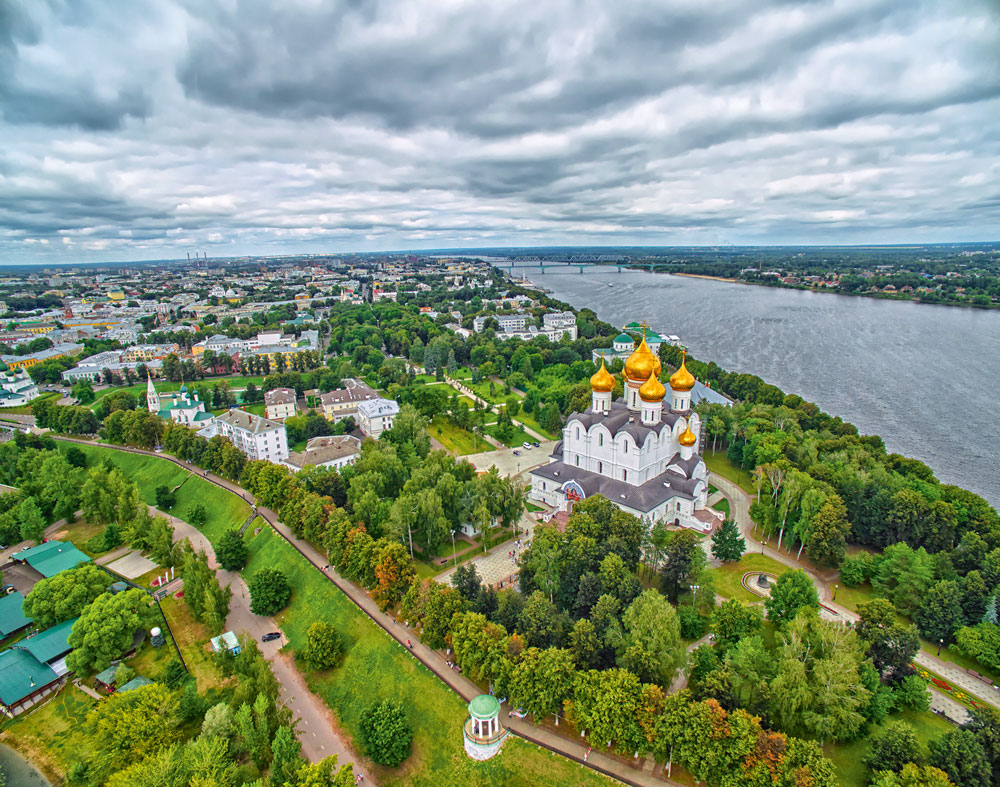 The most significant architectural styles of the last five centuries are collected here. The most ancient building is the Spaso-Preobrazhensky Cathedral, where the manuscript of “The Tale of Igor’s Campaign” was found. The newest – Assumption Cathedral, built in the XIII century, blew up in 1937 and rebuilt in 2010. The soul of the city – certainly the churches of Elijah the Prophet and Epiphany, built in the XVII century. Actually almost everything is worth seeing here – both the building of Fyodor Volkov theater (plays here are still running with a full house), and the embankment not protected by UNESCO and the Park at the Spit – built over the place of confluence of two rivers – Volga and Kotorosl.

Bus tour for 1 day from Moscow – about 1800 rubles. Transport is included into the price.

The Church of St. John the Baptist – more than 500 subject paintings

7. Historical and Architectural Complex of the Solovetsky Islands, Arkhangelsk Region 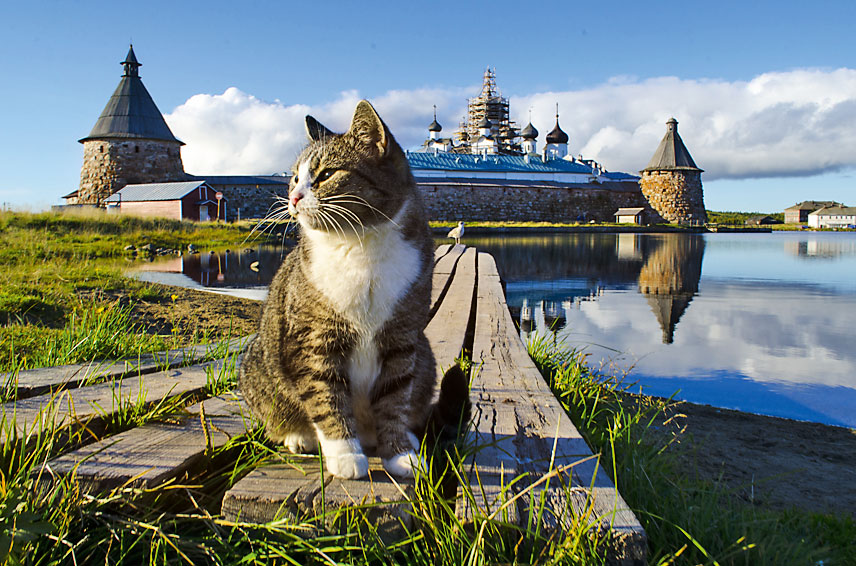 Spiritual stronghold of Russia – Solovetsky monastery – keeps the memory of 5 centuries of asceticism. The walls are 11 meters high, and the boulders, weighing up to 10 tons, can be seen in the masonry. How could a man erect this miracle in the XV century, 150 km from the Arctic Circle? Behind the walls – on Cathedral Square – are the main buildings of the monastery. Including the oldest church of the ensemble (the middle of the XVI century). The local nature is no less a miracle. The dim northern flowers, mirages, sometimes appearing over the White Sea, stone labyrinths of Zayatsky island and dolmens of II-III thousand years B.C. – all this is worth seeing at least once in your life. 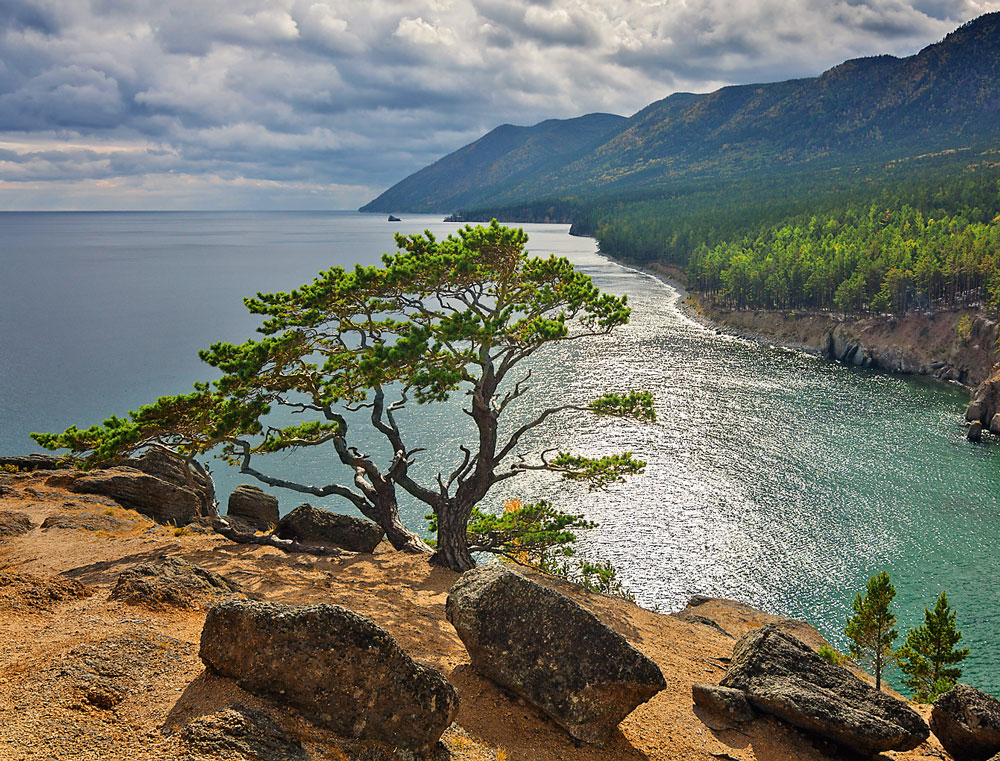 The oldest deepest freshwater lake on the planet. A trip to it by train along the Circum-Baikal railroad is a separate adventure. The “track”, which is 89 kilometers long along the lakeshore is the real monument of the engineering art of the beginning of XX century. In some places the rails are laid directly in the rocks or “hung” above a bottomless abyss.

There are many endemics among Baikal inhabitants, such as omul and ringed seal 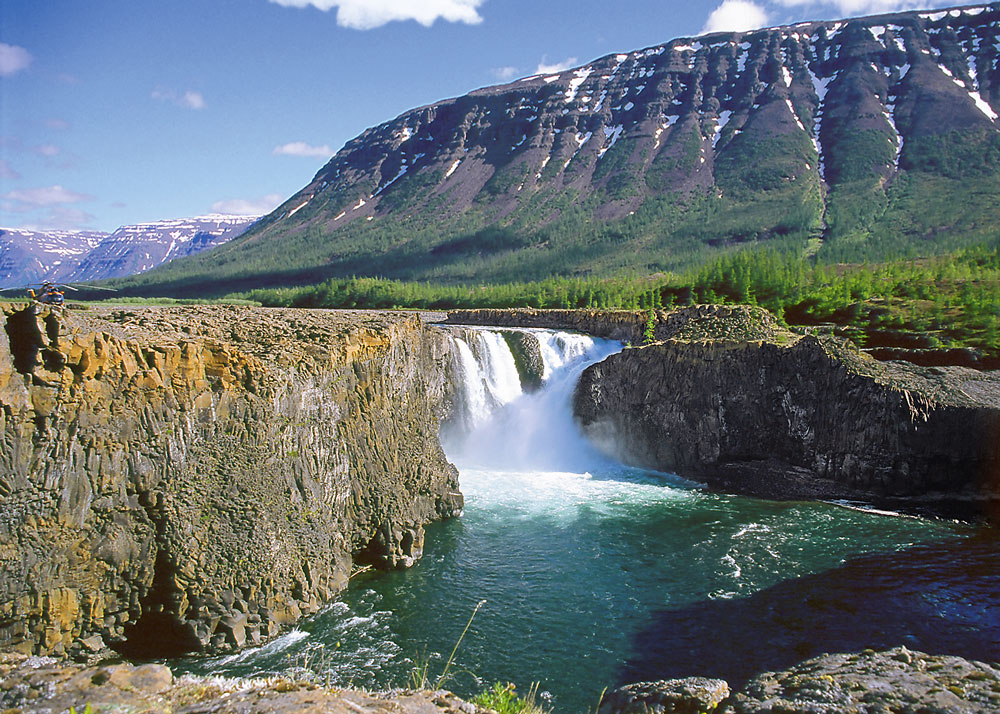 The plateau looks like a basalt fortress, and the mountains look like giant “tables” with flat tops. The polar day lasts from the middle of May to the end of July, otherwise there’s nothing to do here. But in summer there’s enough fun: you can raft on the rivers, fish and swim (or approach) waterfalls, of which there are more here than anywhere else in Russia. It is not by chance that the Putorana plateau is often called “the land of ten thousand lakes and a thousand waterfalls”. The largest and therefore the most impressive is the 600-meter Talnikovy.

High point of the Putorana – Kamen mountain with 1701 m. 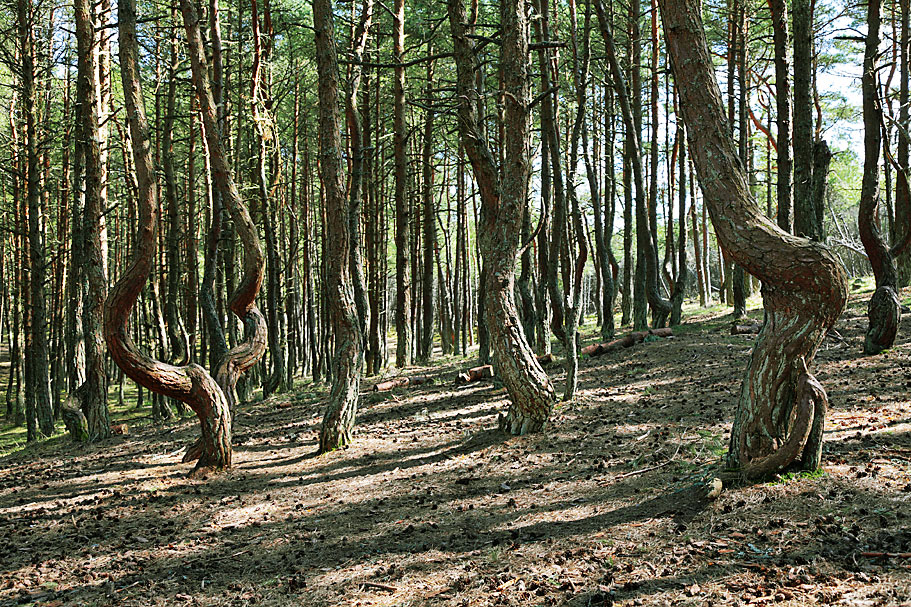 In XVIII century they started to plant trees brought from different places of the world. Surprisingly, all of them took root, and even the powerful dunes of Muller and Efa could not interfere with this. Special mention should be made of the “dancing” forest: the trunks of pines are “tied” in bizarre and incredibly expressive loops. It is also worth a visit to Swan Lake, where you can watch cranes, ducks and swans.

READ
Tenerife - vacation at the mouth of the volcano 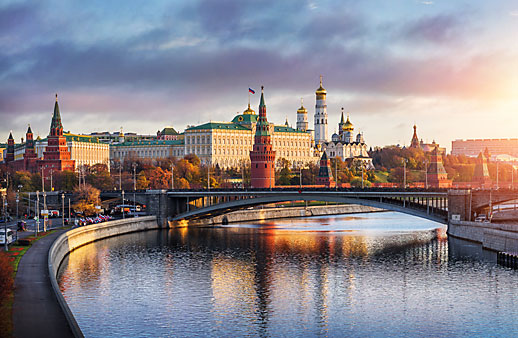 2. The historic center of Saint Petersburg and related complexes of monuments.

The white-stone monuments of Vladimir and Suzdal. Most of them belong to the pre-Mongolian period (XII century).

4. the architectural ensemble of the Trinity Sergius Lavra in Sergiev Posad. 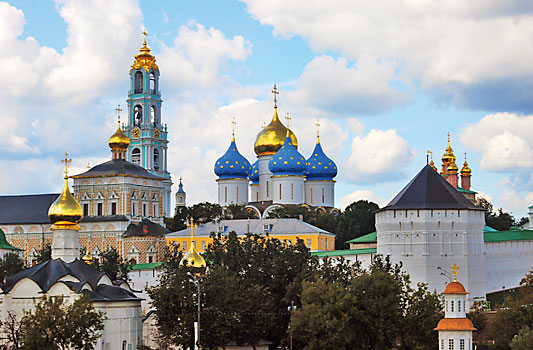 5. Church of the Ascension in Kolomenskoye, Moscow.

6. Pristine forests of Komi with 9 thousand years of history, Subpolar and Northern Urals. 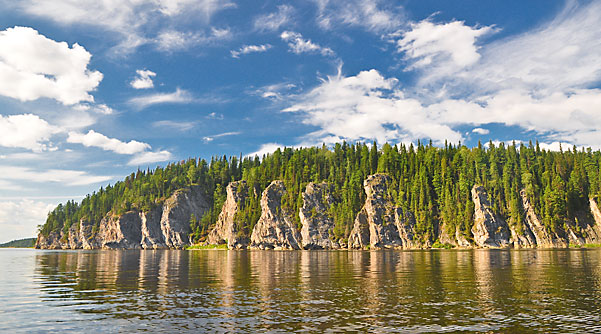 7. Volcanoes of Kamchatka – the territory formed by 30 active and 300 extinct volcanoes, as well as glaciers and thermal springs. 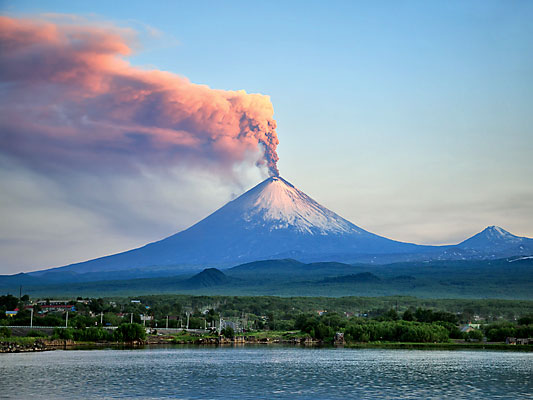 8. The Golden Mountains of Altai. Under this name, the Altai and Katun reserves and the Ukok Plateau are included in the list. 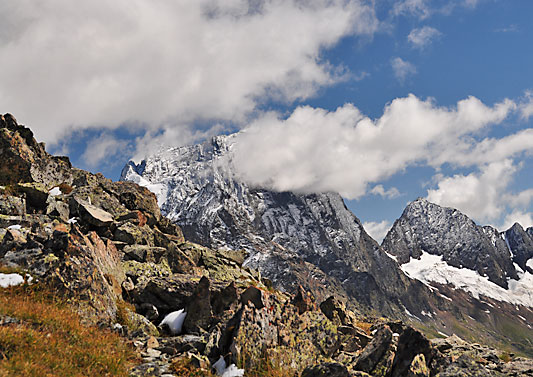 10. Ferapontov Monastery, Vologda region. Here are miraculously preserved frescos of the icon painter Dionysius, created at the beginning of the 16th century. 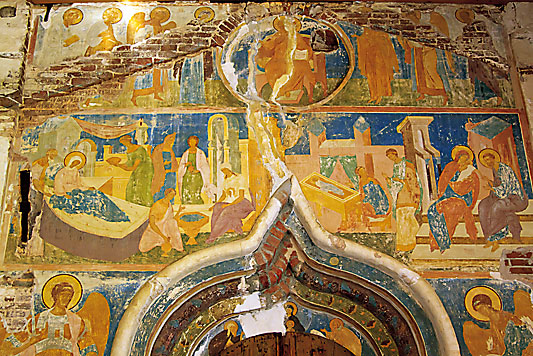 11. Ubsunur hollow reserve, Tyva Republic. Amazing natural zone, where the glaciers are next to the deserts.

12. Naryn-Kala Citadel, Republic of Dagestan, city of Derbent. The oldest fortress located on the top of the hill closest to the Caspian Sea is more than 5000 years old. 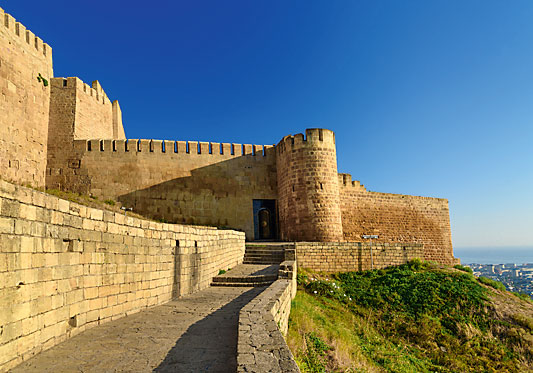 15. Struve Geodetic Arc, Goglan Island. Goglan, Gulf of Finland. A chain of stone cubes embedded in the ground. With their help, the Russian astronomer Struve measured the shape and size of the planet Earth. 150 years later, a satellite “check” of his data gave a negligible discrepancy.

16. Bulgarian historical and archaeological complex, Republic of Tatarstan. Evidence of an ancient settlement of the Volga Bulgars people, which existed from the VII to the XV centuries, as well as the first capital of the Golden Horde. A true crossroads of civilizations and cultures: Turkic, Finno-Ugric and Slavic.