Brest, a city of craftsmen, is first mentioned in chronicles from the beginning of the 11th century. For several centuries, this village has changed hands, was ravaged and reborn from the ashes. But despite all this, Brest is now in a flourishing state and is full of interesting sights. 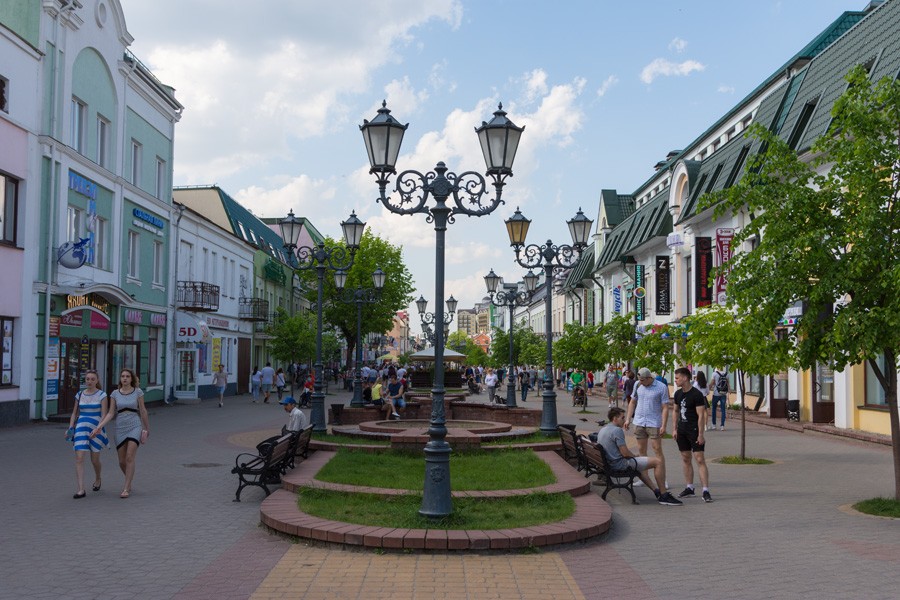 The structure includes various monuments, museums, obelisk and square. Brest Fortress was so impressive in its power that by 1914 it had become one of the most invincible fortresses in Europe. On the first day of the Great Patriotic War, this fortification took the first blows of the Nazi troops, for which in 1965 it was awarded the title “Hero-Fortress”.

This fortress is an important landmark of Brest, one of the city’s many defensive structures. The 5th Fort during the First World War was part of the Brest-Litovsk fortress, created for defense, and during its occupation by German troops, warehouses were placed in the fort. Museum “The 5th Fort”, which is dedicated to the historical events in the Brest Fortress, was created in 2000. 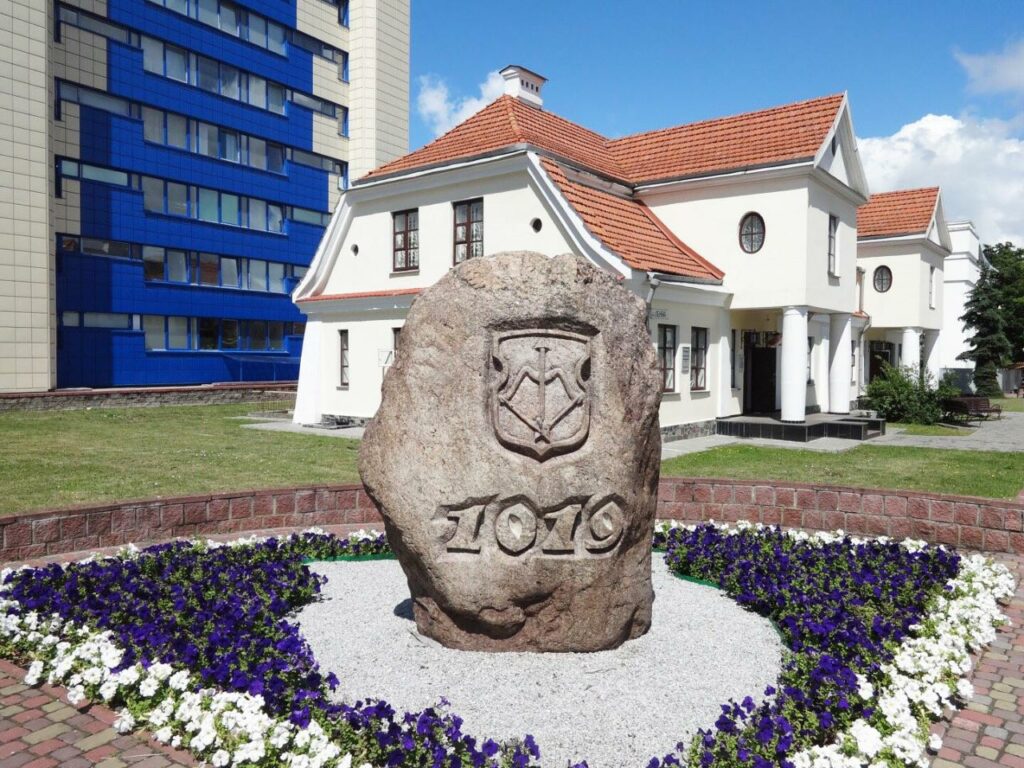 This street is often called the “arbat of Brest” and its length is 1.7 km. Along it, there are stone mansions, flowerbeds, wrought iron lanterns, fountains, sculptures, stores, and cafes. There is an interesting ritual – every evening a real lanternman lights kerosene lanterns, which illuminate part of Sovetskaya Street. 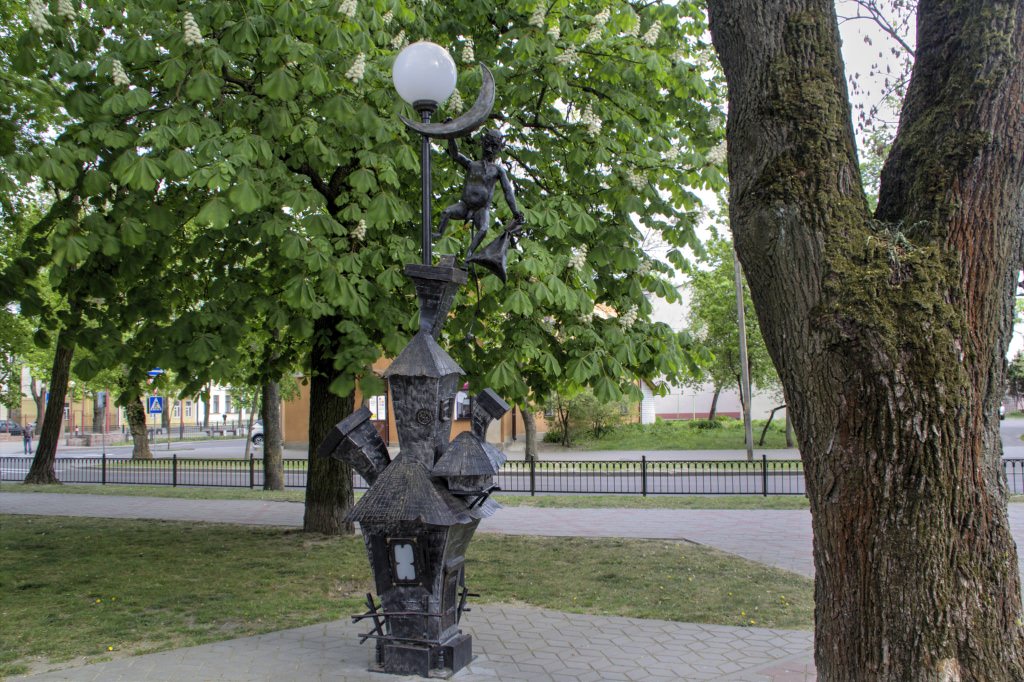 It is located on one of the main streets of Brest, Gogol Street. There are more than 40 lanterns, each of which is made by one of the companies-sponsors of this project. In accordance with the name of the street on which this alley is located, there are “literary” lanterns inspired by the works of Gogol.

5. Monument of the Millennium of Brest 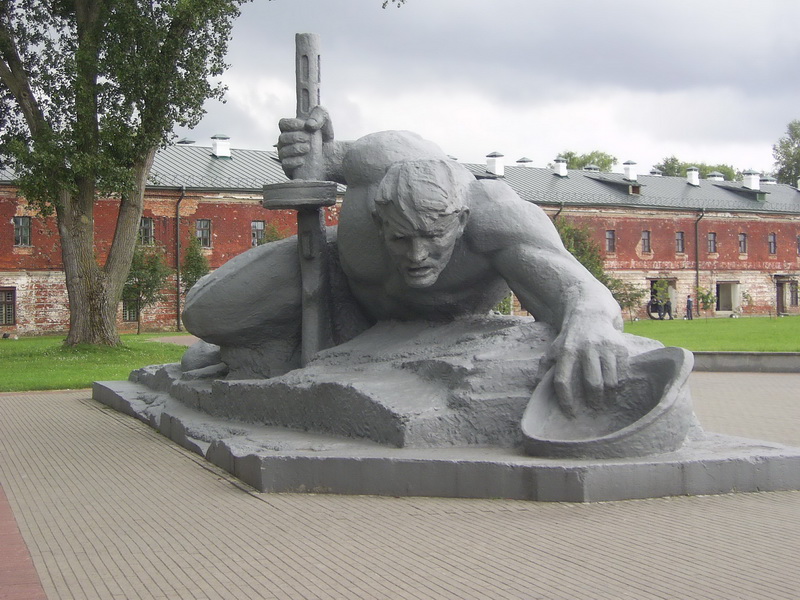 5. Monument of the Millennium of Brest

This monument is located where Sovetskaya Street intersects with Gogol Street. Brest turns 1,000 years old in 2019, but the sculpture was installed 10 years before that. The monument was inspired by historical figures associated with Brest and the collective image of the city’s inhabitants. The sculpture is 15 meters high at the top and is crowned with a sculpture of the guardian angel of the city. 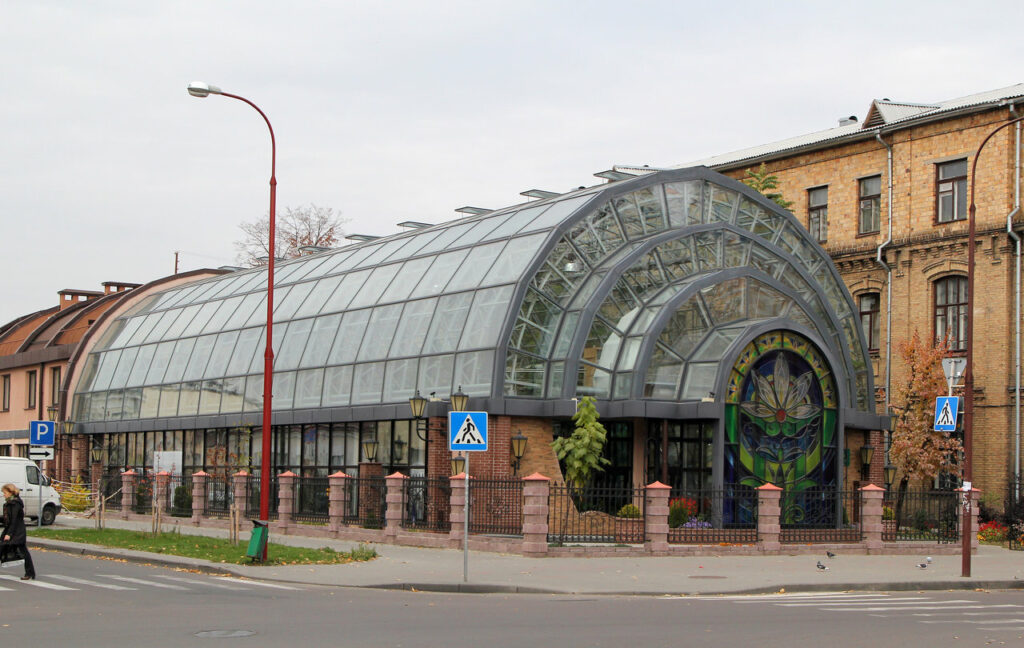 The garden is adjacent to the Pushkin State University. It hosts practical classes for students and is open to the public. The Winter Garden includes desert, tropical, and subtropical areas. The glass dome with which the garden is built blends in beautifully with the urban landscape, and the exotic plants and birds inside delight visitors’ eyes. 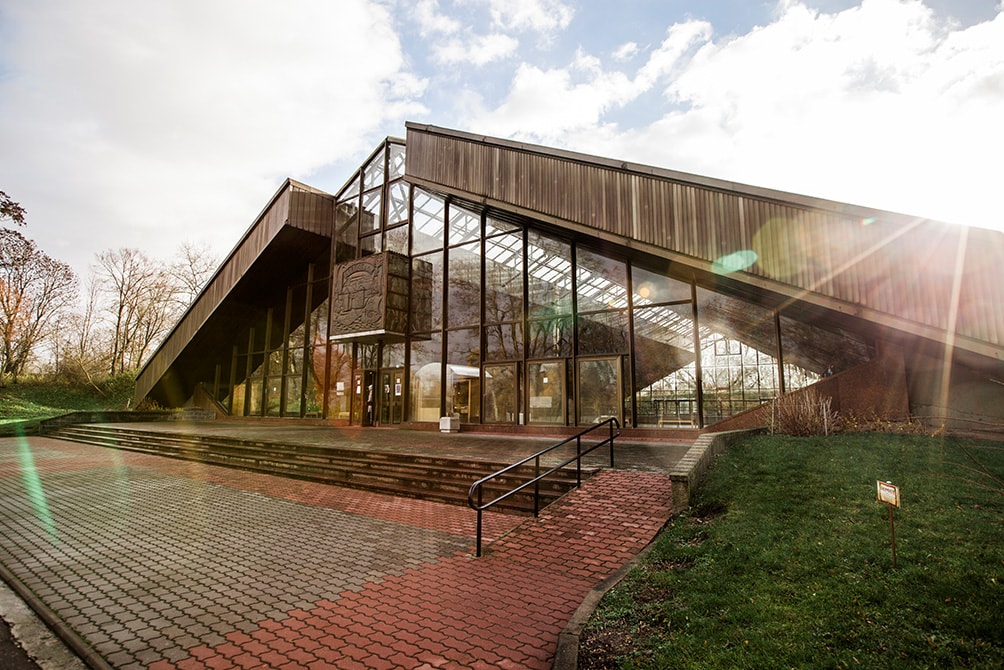 This is a unique archaeological composition, which was founded on the site of excavations in 1982. The basis of the museum are the uncovered remains of the ancient settlement of Brest, located at a depth of 4 meters and restored in accordance with the historical appearance. In “Berestye” you can learn about how the ancient people lived, and look at their household items. 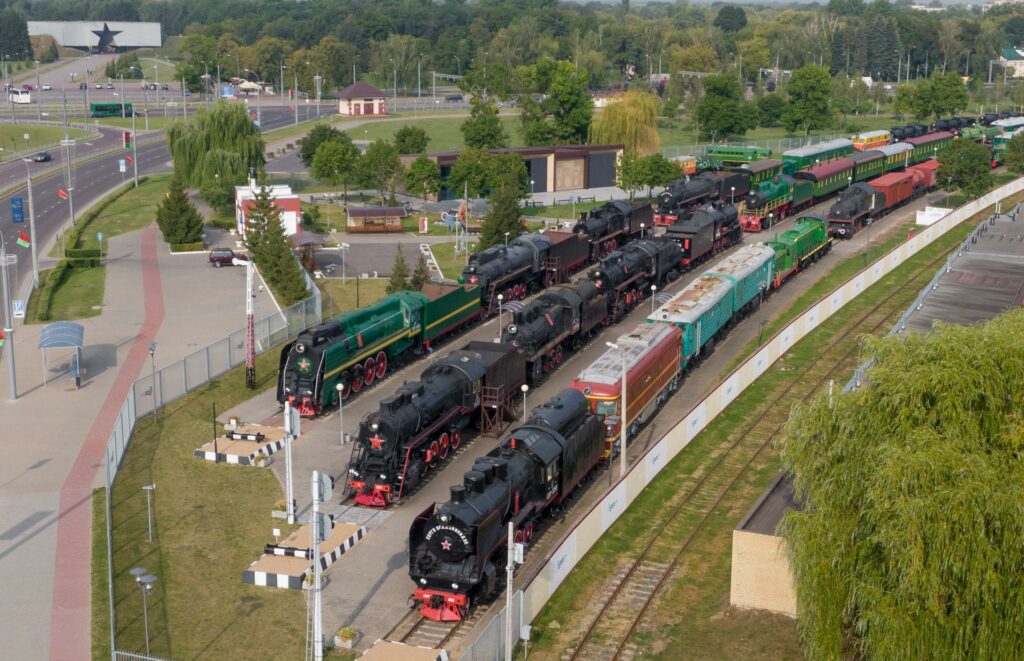 Brest is the most important transport city in Eastern Europe. The first railroad was built here a century and a half ago. The exposition of the museum includes about 70 trains. You can visit the driver’s cabin in some trains and even walk around all the cars of the train in others. Railway equipment from this museum takes part in the filming of films. 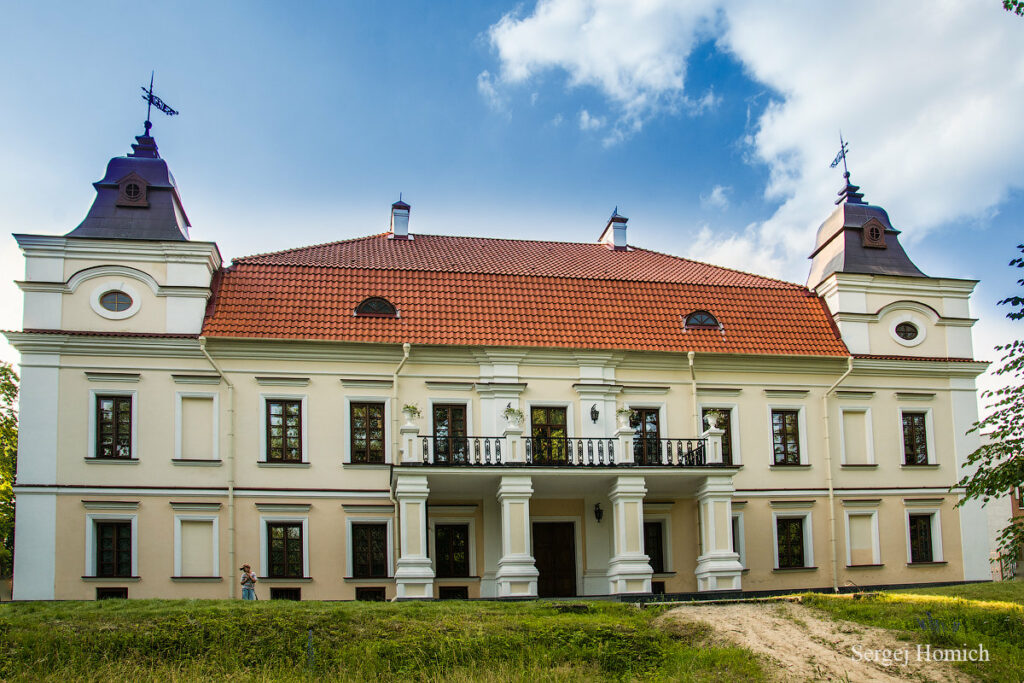 The Baroque manor Ursyn-Nemtsevichi in the village of Skoki, not far from Brest. It was built for Julian Ursyn, a Polish public figure who participated in the creation of the constitution. This architectural complex survived both world wars and looting. There is a museum on the grounds of the manor, and guided tours are offered at the estate.

READ
Chiang Mai: Ancient city in the mountains of Thailand

Brest City Park is a wonderful place for recreation for tourists and city residents. It was laid out about 100 years ago and has increased from its original size in 5 times. Now, in addition to the many bushes and trees there is a bandstand and a restaurant with a veranda, and for children there are playgrounds, attractions and a cafe.

In addition to all the above attractions in Brest, there are also many churches and cathedrals. And a few kilometers from Brest is the famous Belovezhskaya Pushcha, which is a model of a primitive European forest. As you can see, Brest has a lot to see, so a trip there is sure to leave a lot of impressions! 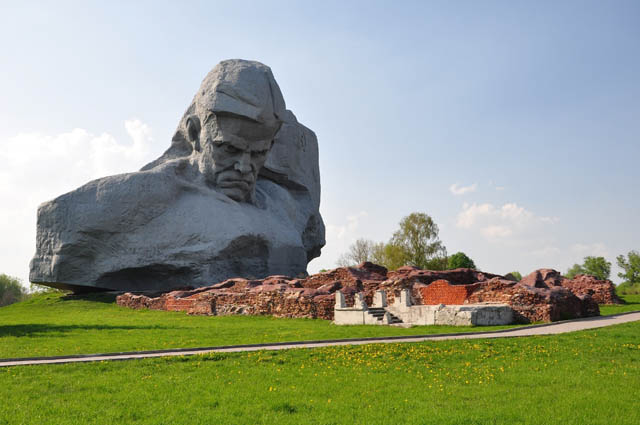 The first associations that many Russians have when they mention Brest are associated with the defensive battles at the beginning of the war with Nazi Germany. But not only the heroism of Soviet soldiers on the battlefields of this Belarusian city is known. After all, the first references to it date back to 1019, so tourists are waiting here for a fascinating journey through the historical sites, as well as no less interesting familiarity with the many architectural masterpieces of the distant past and the many faces of the present. 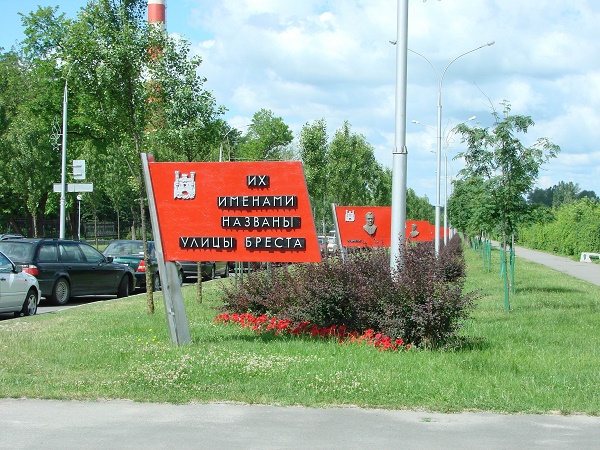 Driving into town along the long Masherov Avenue one can’t help but notice the 13 memorial signs standing on the sides of the road. They bear the names of Brest citizens who fought against the German invaders for the freedom of the Belarusian land. Alley of heroes looks like frozen flames of eternal flame, reminding about military feats of valorous soldiers and officers, whose names are now called after Brest streets. 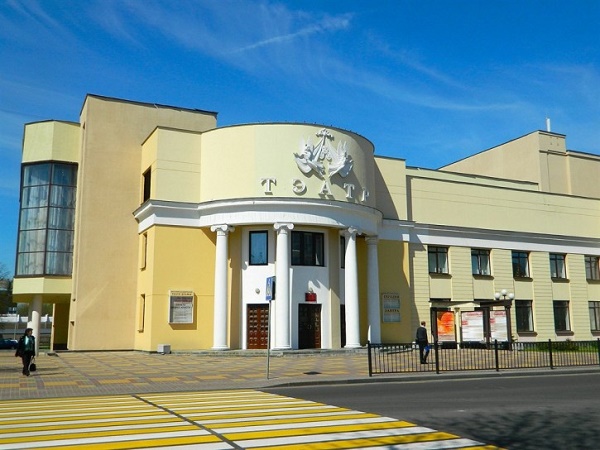 Among the creative troupes of the city a special role in its cultural life plays the local main stage. So we can safely call it well-known to every citizen Drama Theater. Its repertoire pleases devoted spectators with productions of different authors – from A. Vampilov and A. Chekhov to Salinger and Simon Moss. 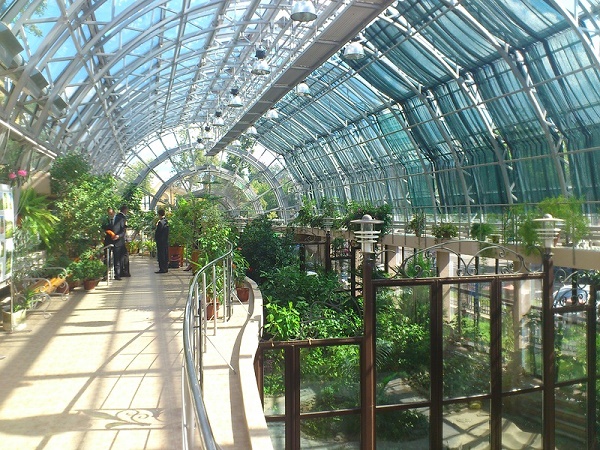 A visit to the university greenhouse is a pleasant surprise for many visitors to the city. In the cozy Winter Garden, as it is often called, visitors can enjoy a fascinating introduction to myrtles, feijoa, cypresses, araucaria, ficuses, azaleas, and other plants from the tropics, deserts, and subtropics. The singing of quail and doves and the cries of ara, the noisy parrots, make a stroll through the greenhouse an unforgettable journey through the desert and jungle. 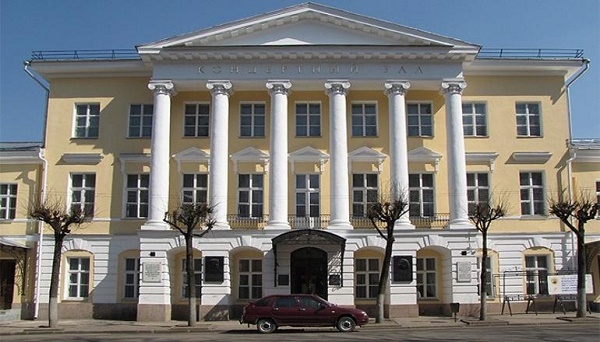 Musical life of the city is concentrated in the former House of Officers. Since 1991, there are two stages of Brest Philharmonic. The facility attracts fans of jazz, as well as fans of chamber, violin, folk and piano music with its original projects. Three Grodno professional ensembles, a talented quartet and a youth group constantly perform here. 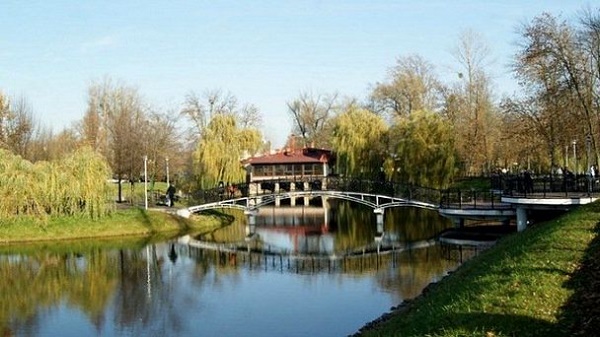 Not far from “Dynamo” – a well-appointed stadium – there are vast “possessions” of Brest Park. Young Brest citizens hurry here to visit Mars, Calypso, Zigzag, Orbit and other attractions. Adult citizens are attracted by a ride on a small Ferris wheel, concerts of local artists in the Variety Theater, or communication with friends in a cafe with an alluring name “On Smoke”. 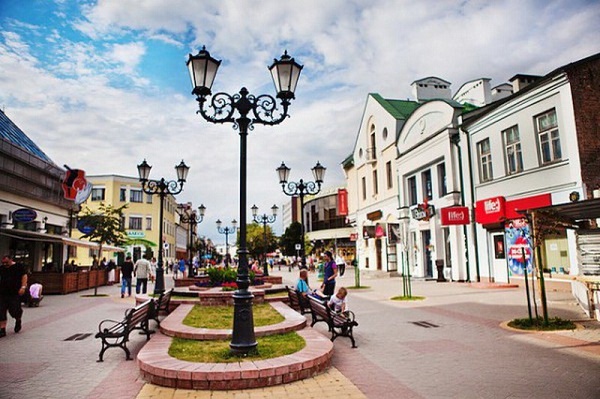 Most Russian tourists, who find themselves on the former Millionnaya Street, can not help comparing it to the famous in poetry Arbat. You may indeed find many similarities between the famous Moscow landmark and its Brest ‘twin’. As in the Russian capital, tourists are not disturbed by cars, and most of the buildings are two- or three-story buildings. If you want you can go to “Plazma”, Korova, Victory, “Avenu” and other cozy and inexpensive bars and cafes or sit on a bench under one of the elegant lanterns. 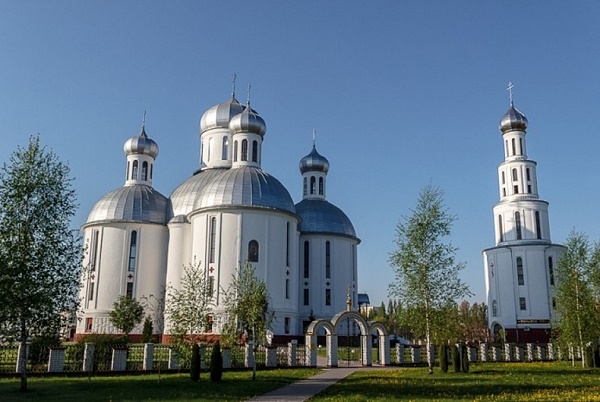 Brest, to the surprise of foreign travelers, is rich in sacred buildings. The building of the relatively newly built Resurrection Cathedral stands out among them. Tourists are amazed not only by its powerful walls, but also by its 47.5-meter bell tower, from where the solemn bells often ring out, creating a festive atmosphere almost all over the city. 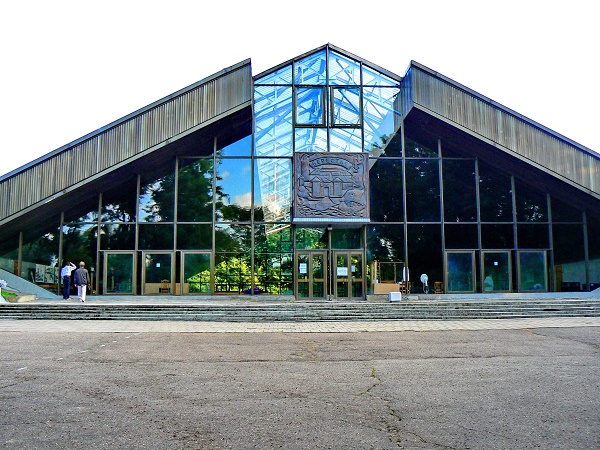 For inquisitive travelers who are sincerely interested in ancient history, there is an unexpected opportunity to see what Brest looked like in the distant XIII century. Thanks to Berestye, an unusual archaeological museum, visitors find themselves among the remains of 28 wooden village houses, two street bridges and several mud-brick kilns. All this is under the roof of a giant pavilion, specially erected to protect the excavation from the adverse effects of the atmosphere.

For over 150 years the turquoise building of St. Simeon’s Cathedral has stood in one of Brest’s historic districts. The construction looks especially solemn in the evening when the colorful illumination turns on and the temple acquires a mystical and mysterious look. Travelers are attracted here not only to take part in daily services or see the relics of saints, but also to listen to the singing of the bishop’s choir. 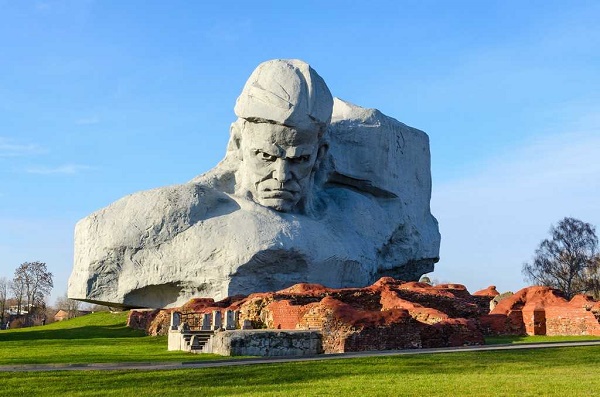 It is difficult to describe the feelings of those tourists who find themselves for the first time behind the powerful walls of the Brest Fortress. For many of them it is a revelation that it is an entire memorial complex, including not only the Citadel, but also several other buildings and monuments. Thanks to 18 halls of two museums – defense and war – visitors are immersed in the dramatic events that took place in the fortress and all of Belarus in different historical periods. The ceremonial atmosphere on Ceremonial Square is created by the Eternal Flame, a 104.5-meter obelisk, a sculptural representation of a warrior and memorial plaques.

Although Brest is rich in a variety of structures, differing in architectural style and ideas, tourists primarily seek to get acquainted with the ten mentioned buildings and monuments that most accurately reflect the historical and cultural features of this Belarusian city. The theme of war as a reminder of bloody battles and a call to cherish the fragile peace is a leitmotif of many famous buildings in Brest. But the city, remembering its heroic past, is rapidly changing in the present – there are many new museums, shopping centers, sports complexes and venues. This only piques the interest of inquisitive travelers to hospitable Brest.