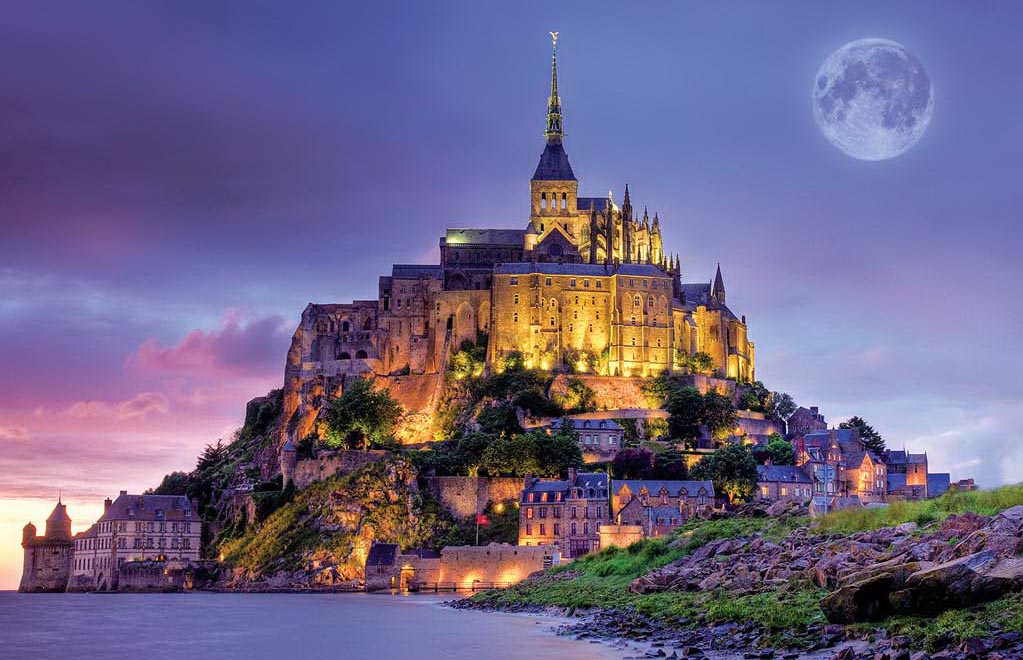 The intersection of reality with the magical animated world is not as fantastic as it may seem. And it always excites the imagination and makes us look at the reality around us from a new angle. For example, cartoon fans draw inspiration from cartoons, pouring it through themselves into such wonderfully creative projects as videos of animated scenes in real life. Or even cooler, some cartoons directly affect people’s destinies.

But there are plenty of reverse situations, too, of course. With real actors draw a large part of the cartoon characters, and with the existing in reality places – amazingly beautiful animated locations. There are many such cases, and this time we will focus on the most spectacular and luxurious real castles, which served as prototypes cartoon palaces. Want a peek into Sleeping Beauty’s bedroom or a stroll through the Beast’s castle? We’ll tell you where to buy tickets.

Most of the events of the first Disney feature film take place, as you know, in a forest miner’s cottage, but the royal family could not do without a swanky palace. In the enviable mansions of the wicked stepmother we can guess the outlines of Alsacar Castle, which is located in ancient Castilian Segovia, Spain. 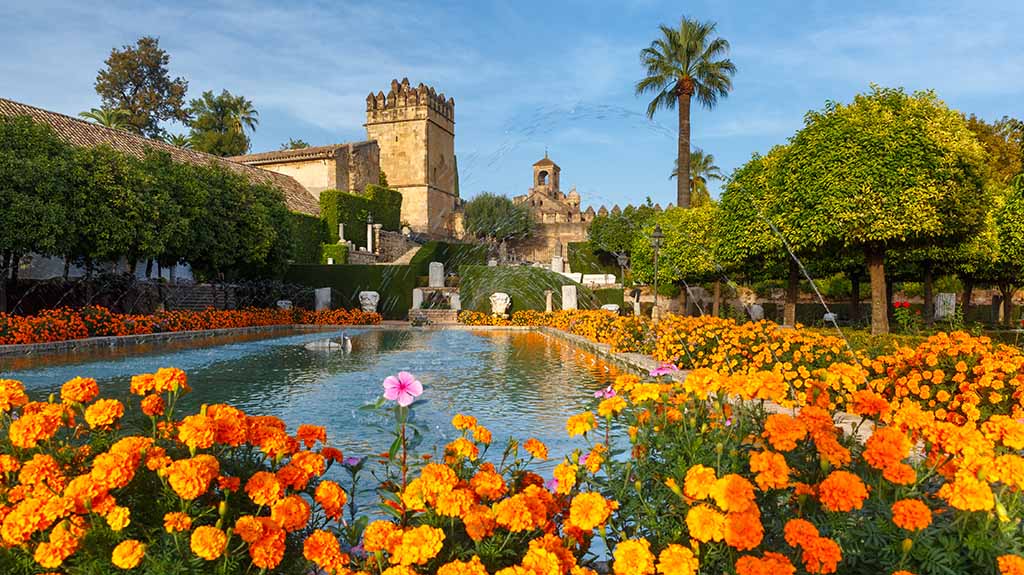 This city literally breathes with antiquity, impresses with a Roman aqueduct and delights with a late Gothic cathedral. Alsacar itself is one of the most recognizable and picturesque Spanish castles. Only 90 kilometers from Madrid, and you can wander through the enviable royal dwelling. The magic mirror is not guaranteed.

Behind the complicated German name (which translates to “new swan stone”) stands one of the most famous due to animation castles in principle. Neuschwanstein was erected on behalf of “Mad” Ludwig the Second, who dedicated the new large-scale residence to Richard Wagner. Hence the operatic themes in the castle’s decorations and the complete, all-encompassing and fabulous epicness of this building.

It is from this castle Walt Disney “sketched” the castle of Sleeping Beauty, which we still see in the famous screen saver of every cartoon of the studio. Cinderella, according to rumors, also settled there, and it happened earlier – just a resemblance is not so noticeable, and glimpses of him in the cartoon is not very clear. 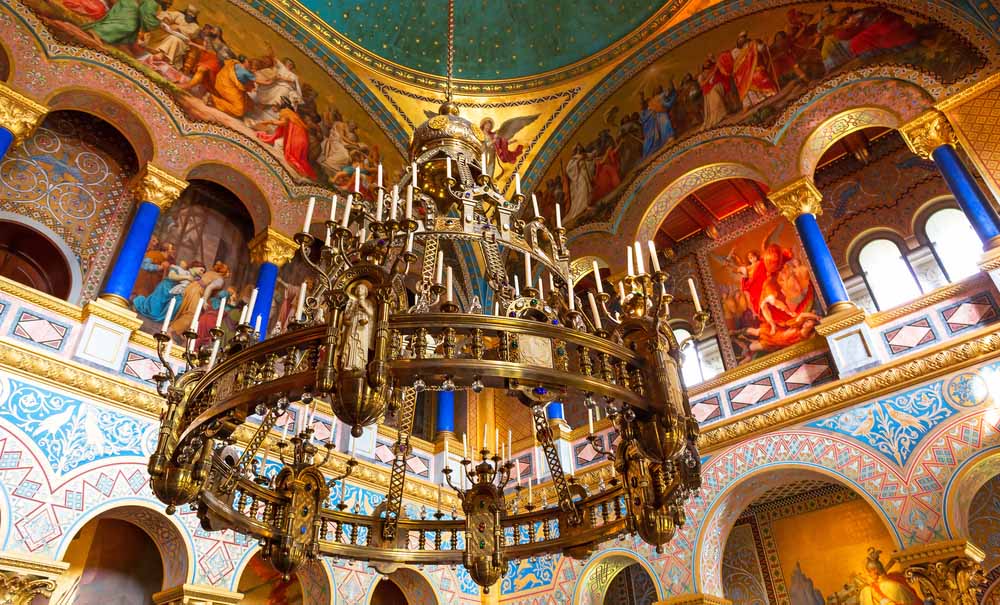 Sleeping Beauty Castle in Disneyland Paris, too, clearly resembles his older, romantic brother. Well, the original is located near the Bavarian town of Füssen. Beware of the insane amount of tourists.

Meet Prince Eric’s palace in the flesh. Only it stands on the shore of Lake Geneva instead of the Baltic Sea but it is not important. The Chillon Castle is very old, there was a prison in it and Byron wrote about it. All in all, from all sides historically important and incredibly lyrical object – quite a suitable residence for a mermaid prince. 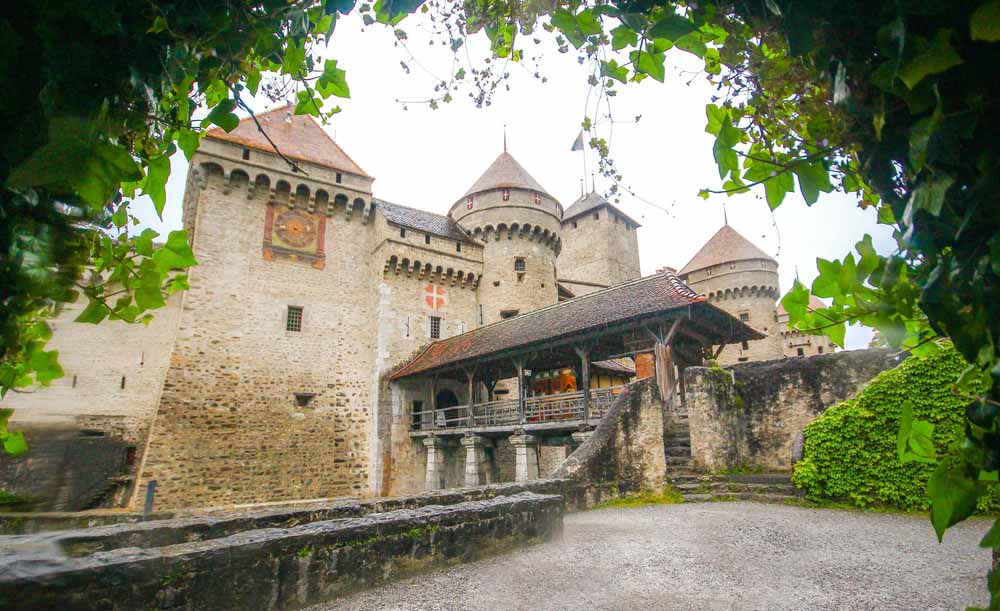 The medieval beauty is located 3 kilometers from the city of Montreux. Let it show little in the “Little Mermaid” itself, a visit to such an amazing place will leave a lot of wonderful impressions.

And here is another epic medieval building, which is the castle “face” of its country – France. Chambord is truly a Renaissance jewel, and a jewel of monstrous proportions with almost half a hundred rooms on board. Leonardo da Vinci is rumored to have had a hand in the plan. Hence the incredible complexity of the architecture and the gloomy but magnificent and mesmerizing style. 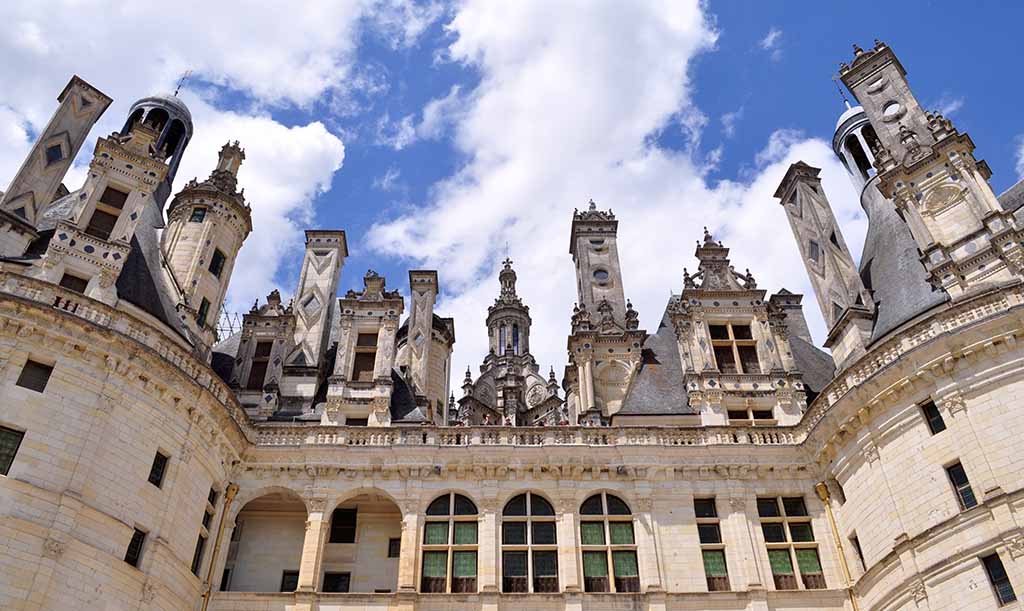 That’s exactly how the Disney animators wanted the Beast’s castle to look, luxurious and impressive. And they did it – if not literally drawing the majestic French giant, but certainly inspired by it. Chambord is located in the Loire valley, famous for its architectural delights. Inside, by tradition, is a museum.

We’re still talking about Europe, but the wealth of Oriental palaces also extensively reflected in cartoon worlds. For example, the legendary Taj Mahal, which is both a mausoleum, a mosque and a symbol of the great love between the Mughal padishah and his adored wife. What is there to tell – it is one of the “new wonders of the world” and the most recognizable structure in India. 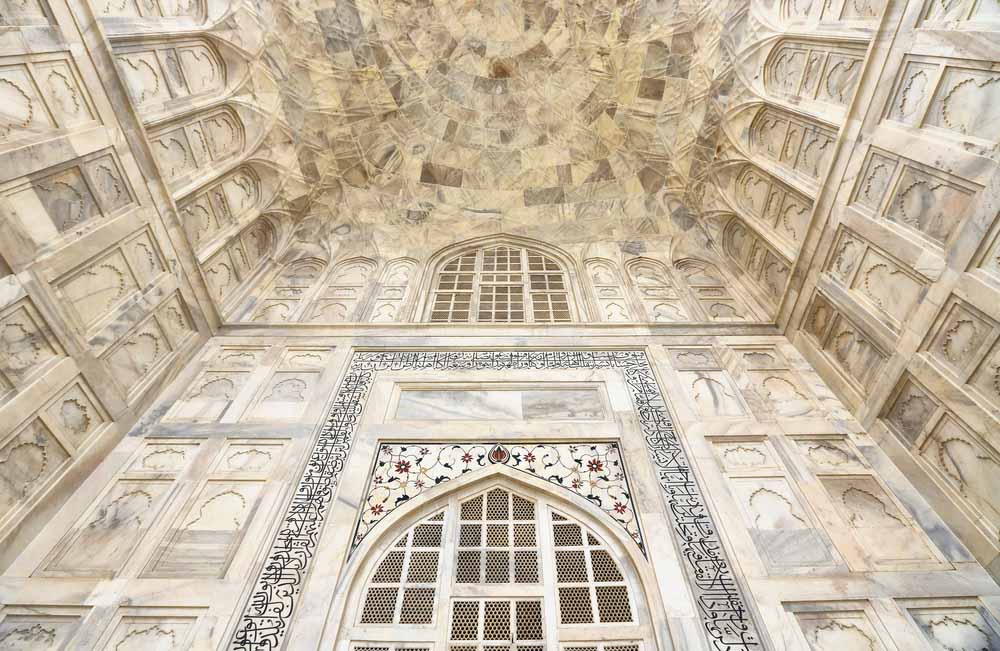 Another important fact – this elegant palace of white and pink marble served as a prototype for the Sultan’s castle in the cartoon “Aladdin”. Of course, the painted domes are pretty expanded, but recognize the iconic structure in the outlines of the animated residence is quite possible. To admire the truly royal luxury, you will have to go to Agra and push among a billion visitors.

More specifically, the Imperial Palace, which is part of the largest castle complex in the world. The latter consists of more than a thousand structures! And all this celebration is located in the heart of Beijing. It was from here the emperors of the high dynasties ruled China for many centuries. This palace can be seen in the cartoon Mulan. 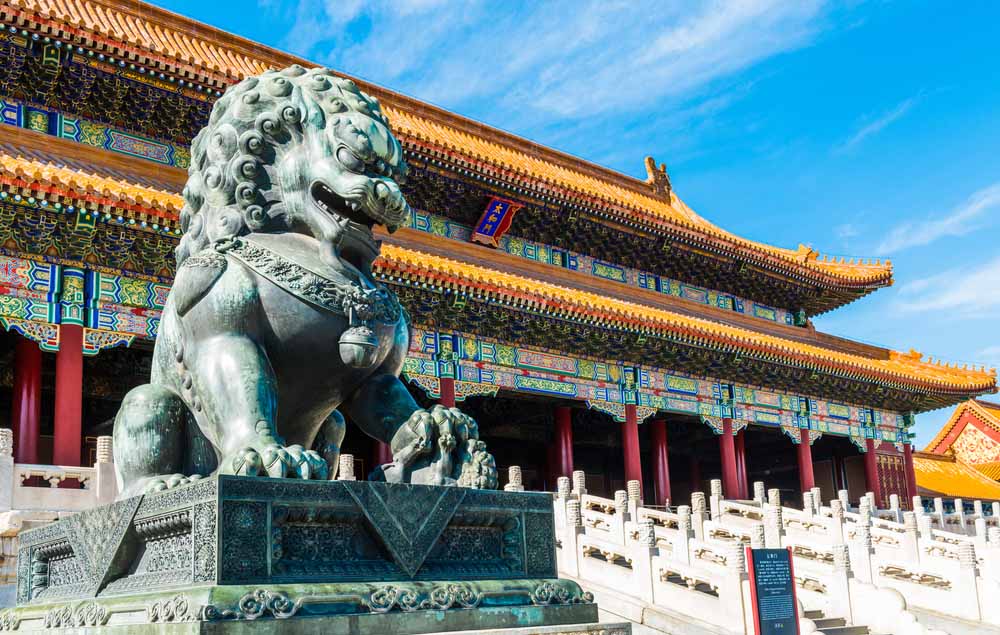 The address is hardly necessary to specify – if you find yourself in Beijing, the Forbidden City is impossible to miss at all desire. You don’t have to worry about the name: at the moment the great place is open for visitors and is famous for the kilometer-long queues at the entrance.

In our ranks is another complex from the section “the biggest”. Angkor Wat takes first place for the largest religious building in the world. The Hindu god Vishnu received such a massive honor back in the 12th century AD. 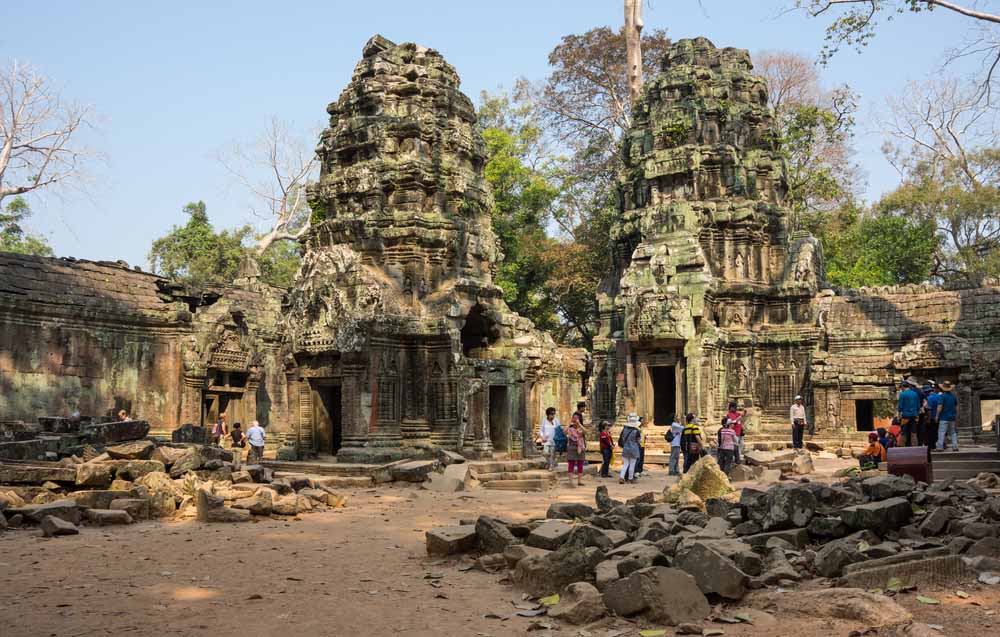 Today, the recognizable outlines of the temple adorn even the coat of arms of Cambodia, to say nothing of the influence on popular culture. On the cartoon “Atlantis: The Lost World”, for example – when working on it, the artists were definitely guided by the great masterpiece of Khmer architecture. Cambodia’s main attraction is located a few kilometers north of the capital Siem Real and is open to tourists from 7:30 to 5:30 p.m. Beware, the real version of Atlantis is hot as hell.

Back to Europe, reflected in the Disney cartoons of recent years. The real prototype for the castle from “Rapunzel” was the island-fortress of Mont Saint-Michel. Yes, it is simultaneously a castle, an abbey, and an ancient city on a small island in a bay on the northwest coast of France. Of course, it is strange to call this settlement of a few dozen people a city, but a monument of architecture and a tourist mecca of a unique structure turned out great. 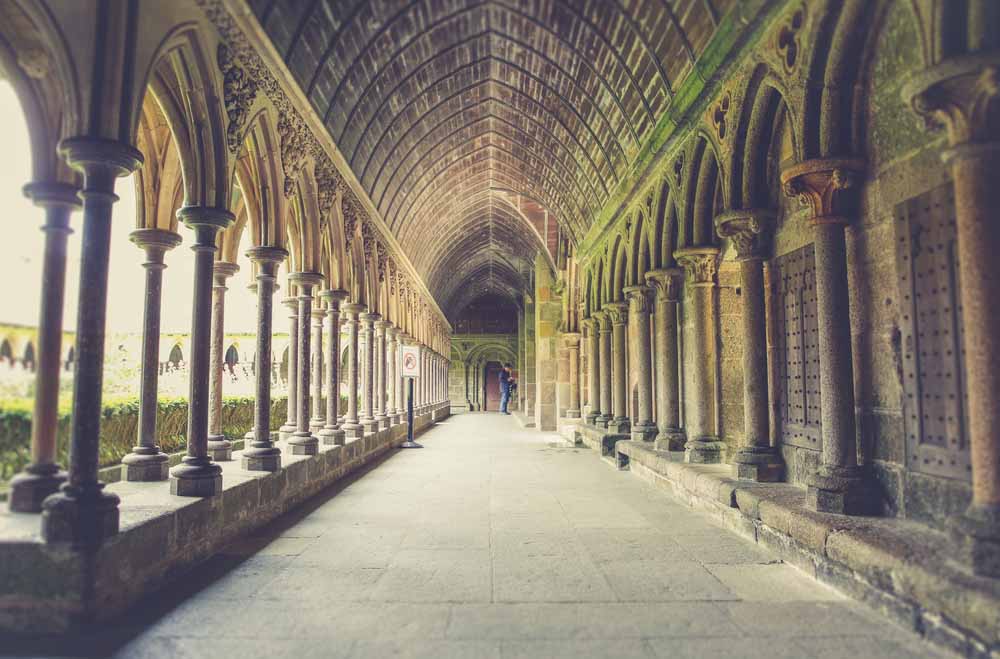 As is the inspiration for the animators – in addition to the residence of Rapunzel’s parents, the aforementioned castle of Prince Eric from The Little Mermaid is also said to be similar to Mont Saint-Michel. In our opinion, Chillon is more suitable for this role, however, there is no sense to argue if the artists could take inspiration from many places at once.

In the heart of Norway on the territory of Akershus Castle stands the castle of the same name. During the long history of this remarkable construction many things have happened to it – sieges, fires, rebuildings, and even ghosts are periodically met there. In a word, it’s a rich and impressive place. 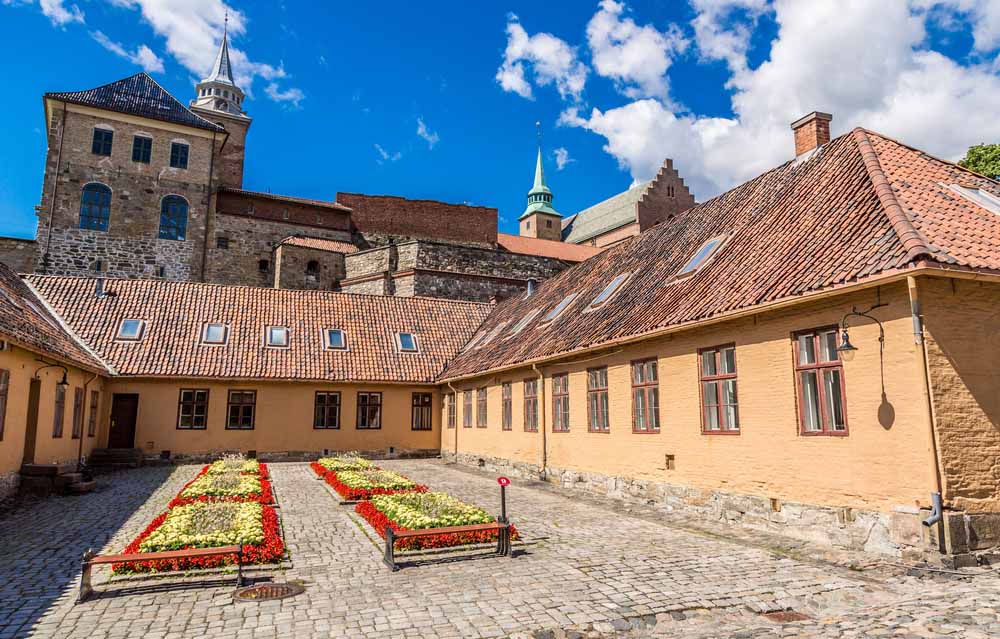 Among the merits of the old fortress is the role of inspiration for the creators of “The Cold Heart. Erendell in the cartoon looks much more fabulous and elegant, in our opinion, but the similarity with the main Norwegian castle can be traced. Take your child to visit Elsa during a visit to the sights of Oslo.

Earliest mention about this impregnable Scottish fortress dates back to the VII century AD. Truly an ancient and legendary place. The rocky plateau, the narrow lanes and rough North Sea around: Dunnottar Castle is now a ruin but continues to inspire awe and successfully attract tourists and filmmakers. 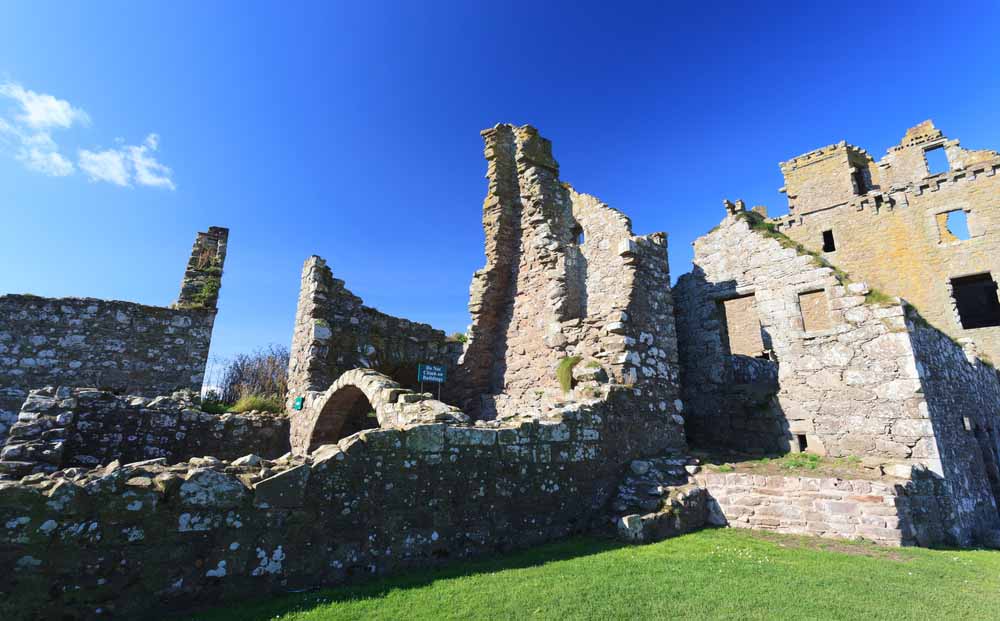 And, of course, animators – you can clearly see the shape of Dunnottar in Castle Dunbroch from Braveheart, and the place is extremely similar. The real “home of Merida” is located two miles from the town of Stonehaven and is open to all lovers of ancient ruins.

READ
When to go to Zagreb, Croatia?

Something we all about Disney – but in fact in the cartoons of other studios also appear existing in our reality castles. A prime example is the legendary Bran, yes, the one where Vlad Tepes-Dracula spent the night. The spectacular gothic structure served as a prototype for the castle of one of the kindest and funniest animated incarnations of Dracula in the cartoon “Monsters on Vacation. 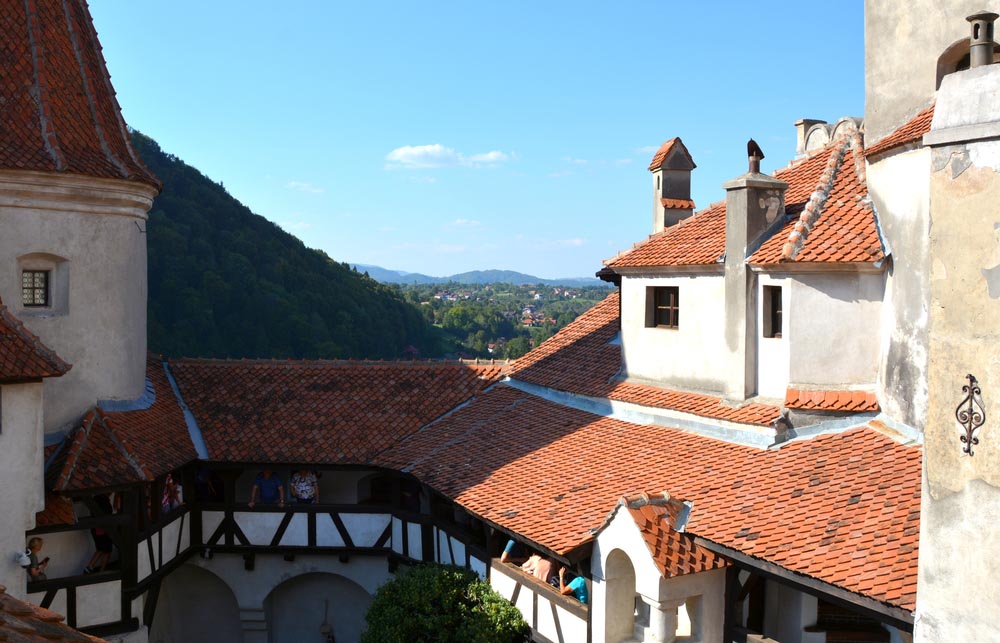 The real “Hotel Transylvania” is located thirty kilometers from the town of Brasov. Quiet, smooth and constantly playing with the images of Dracula – without this tourist attraction in our time is impossible.

Yes, don’t you think, the selection really turned out to be our native domestic castle. The gem of Tsarskoye Selo is shown in the cartoon “Anastasia”, and it’s funny that the story is set in the Alexander Palace and the Winter Palace, but the cartoon shows exactly Catherine Palace – we certainly wouldn’t confuse it with anything else. You can even recognize the gates in Don Bluth’s film – so carefully photographed. 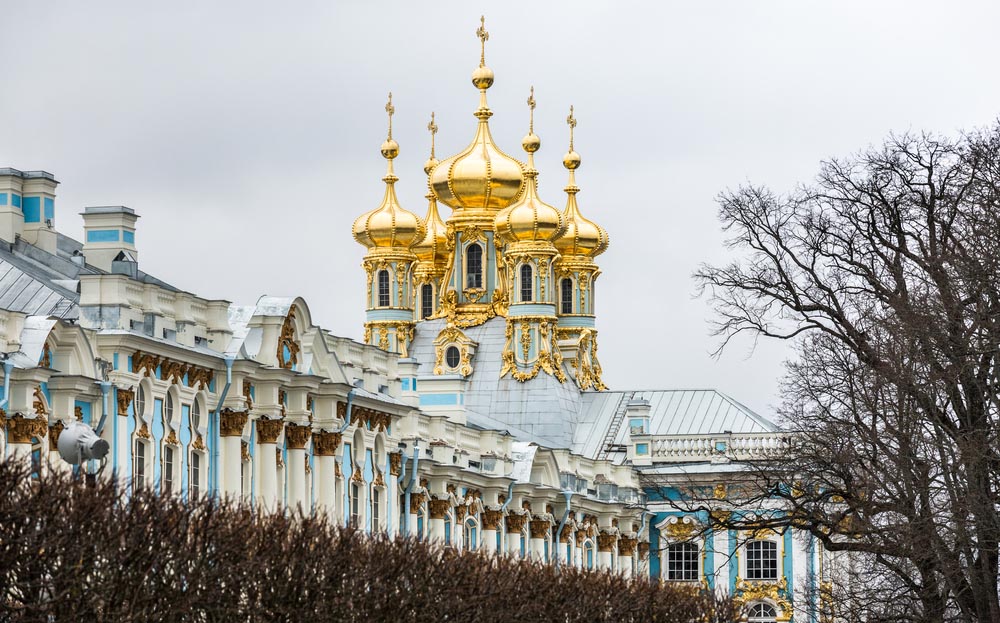 Where to go and what to see, you already know. A kid after watching a good old cartoon will surely find it more interesting to admire the architectural delights.

And finally – a real residential castle, built in the image and likeness of the cartoon one. Of course, there are a lot of such things in Disneyland, but here we are talking about a castle not somewhere in Europe, but in the village Akimovka in Zaporozhye region. This Ukrainian architectural marvel belongs to a local businessman and his wife, who had planned it as a children’s cafe. It did not work out with the latter, and now the couple just lives in this beautiful building. 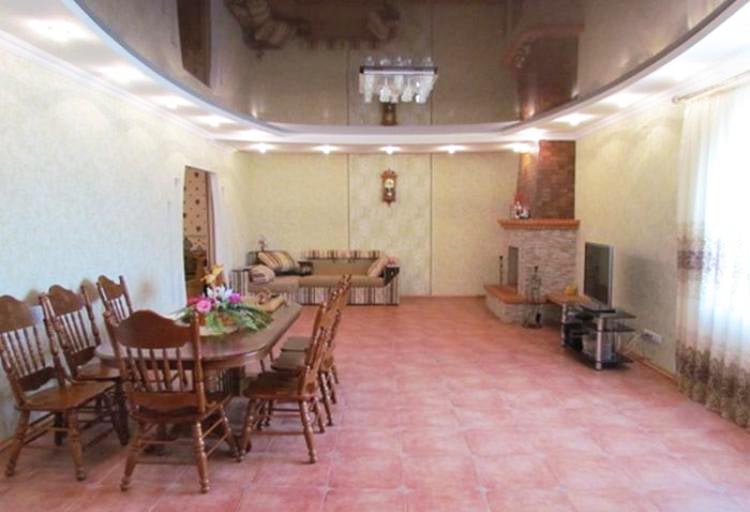 The guys were inspired by Fiona and Shrek’s castle, which is why the local kids call them so. Inside is a cozy decoration, a welcoming place for tours and photo shoots. In general, to visit Shrek, do not have to travel too far.